This model is a bit of a curveball because, as far as Tudor is concerned, you can no longer buy this watch. It is, however, still available from several dealers around the globe and should be snapped up as soon as possible. It is identified by its “smiley face” dial. The curved text between the center and 6 six o’clock indicates a non-in-house ETA movement resides behind the dial. So why do I think that this odd throwback means the Tudor Black Bay “Smiley Face” is poised to become a collector’s gem?

You don’t have to be in or around the watchmaking industry long to appreciate that “better” isn’t always better. Luxury watches are never just tools, no matter their intended purpose. They are objects of design. They are emotional things with which we have a strange relationship. I doubt you care too much about the history of your toaster (forgive me (and please feel free to correct me) if I’m wrong there). It would surprise me if you were really into the history of your toothbrush. But somehow, some functional objects have a way of communicating with us that goes beyond their material makeup. 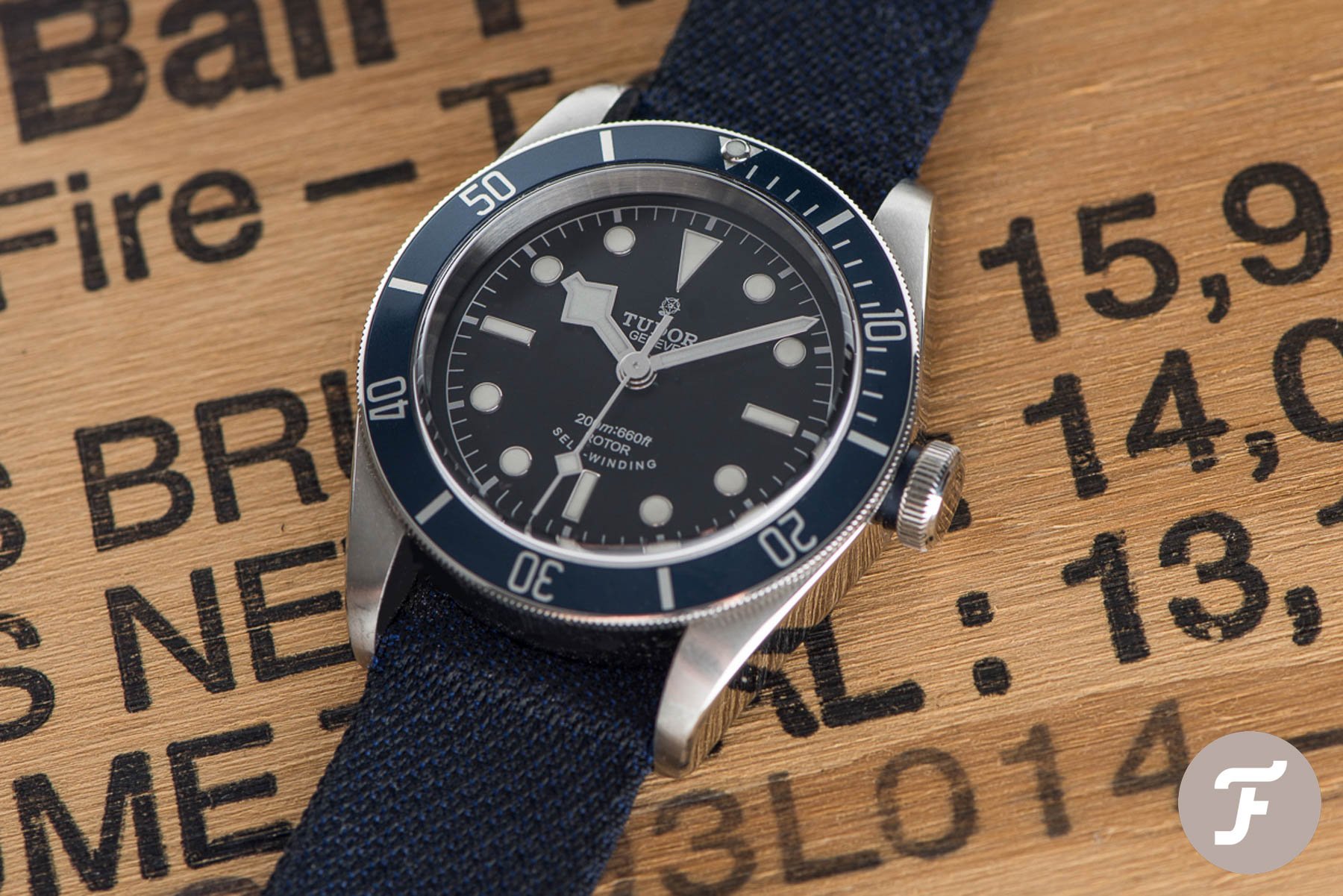 Perhaps that’s the keyword: communicating. When I was thinking of objects that have a solid history of design but don’t often sire an emotional connection for my pair of examples above, the world of radios popped into my head. Instantly, I realized radios also inspire the same kind of connection that watches do. When I thought about this a little longer (read, a couple of seconds), I drew a line between the object, its design, and the nature of its function. Watches and radios play a part in very human stories — often unforgettable happenstances. That means that while the idea of “progress” is tied to the materials used and the way in which they are deployed, it is entirely separate from the emotional trajectory of the piece in question. 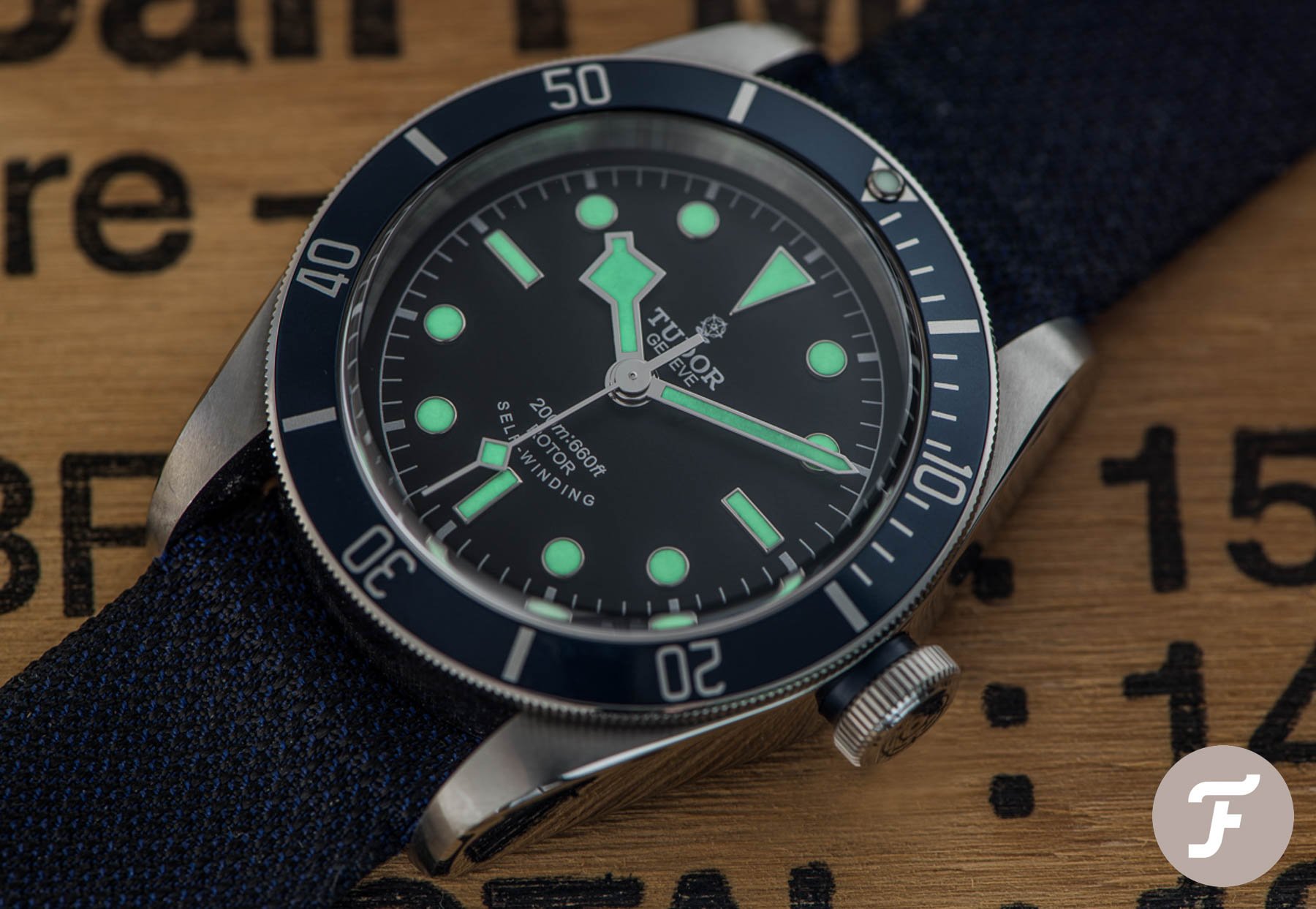 Nowadays, Tudor Black Bay dive watches feature the new in-house calibers developed for the brand by movement specialist Kenissi. While “better” in some ways, there is growing sentiment towards the homely charms of luxury watches powered by ETA movements. This is in stark contrast to the “in-house-push” we’ve observed from many brands over the past 20 years or so. 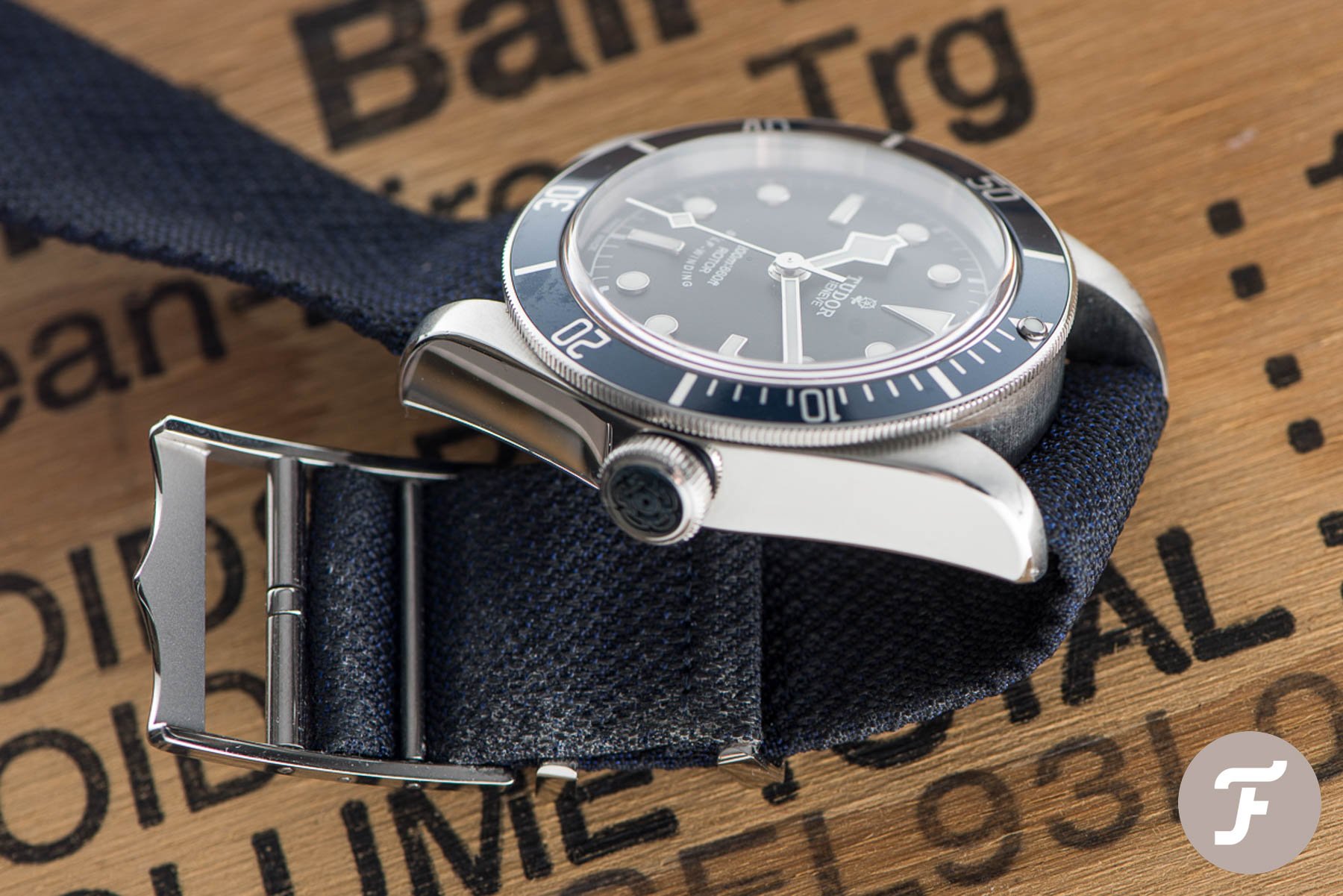 A decade back, luxury watches powered by stock ETA movements when no in-house alternative was available were looked down upon. They were rubbished as pale imitations of the real thing. Their value was called into question and they were derided to such an extent, brands felt compelled to invest millions in creating their own movements, or, at the very least, being seen to be trying to do just that. 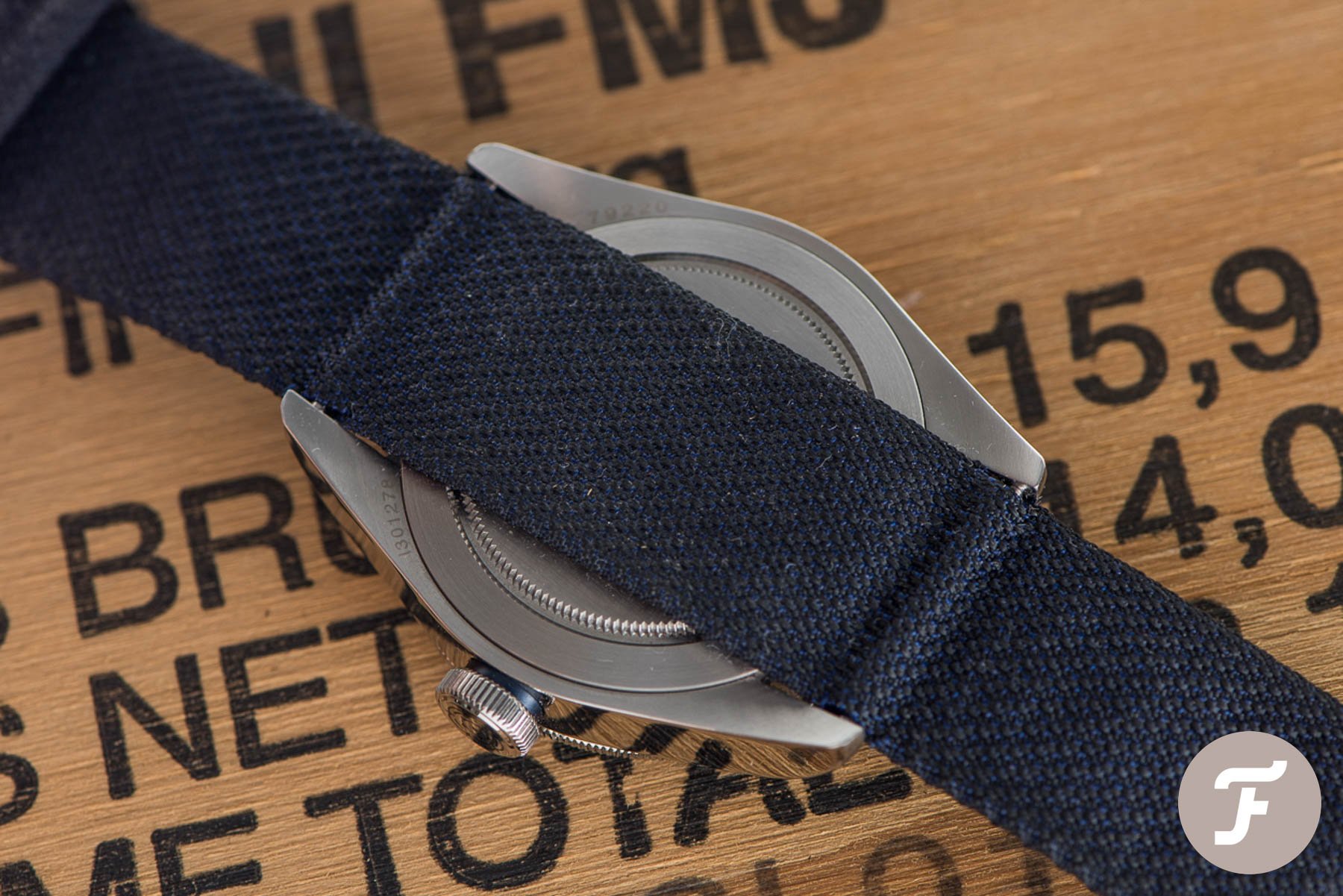 In the last couple of years, however, something odd has happened. With ever more brands achieving if not in-house, but at least proprietary (which means a movement specialist creates a movement exclusively for use by that brand) status, the stance toward stock-bought ETA movements (and equivalents such as Sellita, Soprod, or STP, to name but a few) seems to be softening. So much so, that either soon-to-be- or already-discontinued models powered by “out-of-house” alternatives, are all of a sudden seen as desirable. 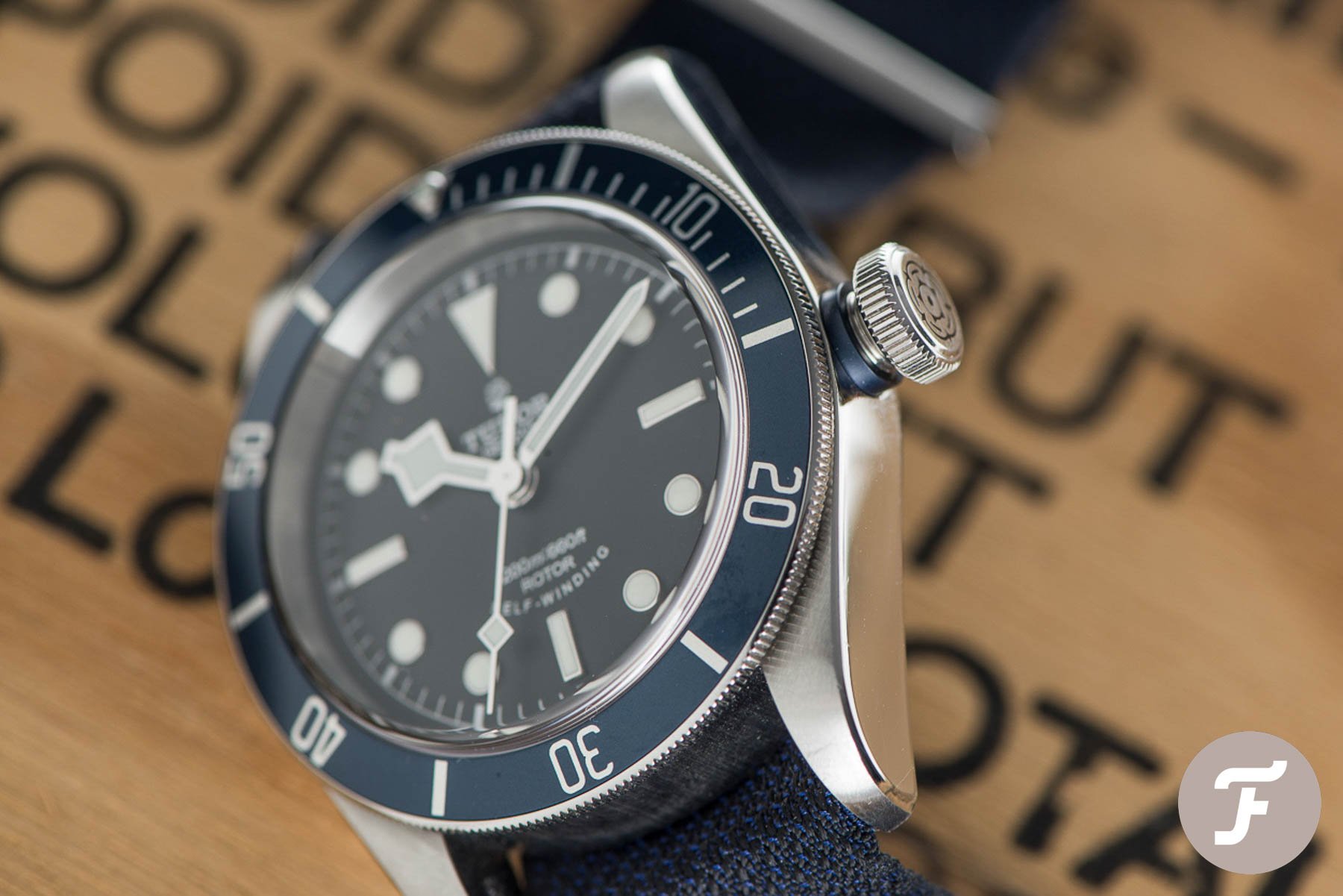 A throwback to simpler times

Perhaps the shift from the “smiley” to the “neutral” face of the Tudor Black Bay was all it took for consumers to be reminded that what they want from their watches and their financial investment, more than anything else, is a little bit of joy. This would, if it bears out industry-wide (something I doubt, to be honest), be maddening for brands that have mortgaged the whole operation to move into the in-house realm. However, I think this phenomenon will take place quietly in weird little corners of the industry and not be something for the majority to worry over. 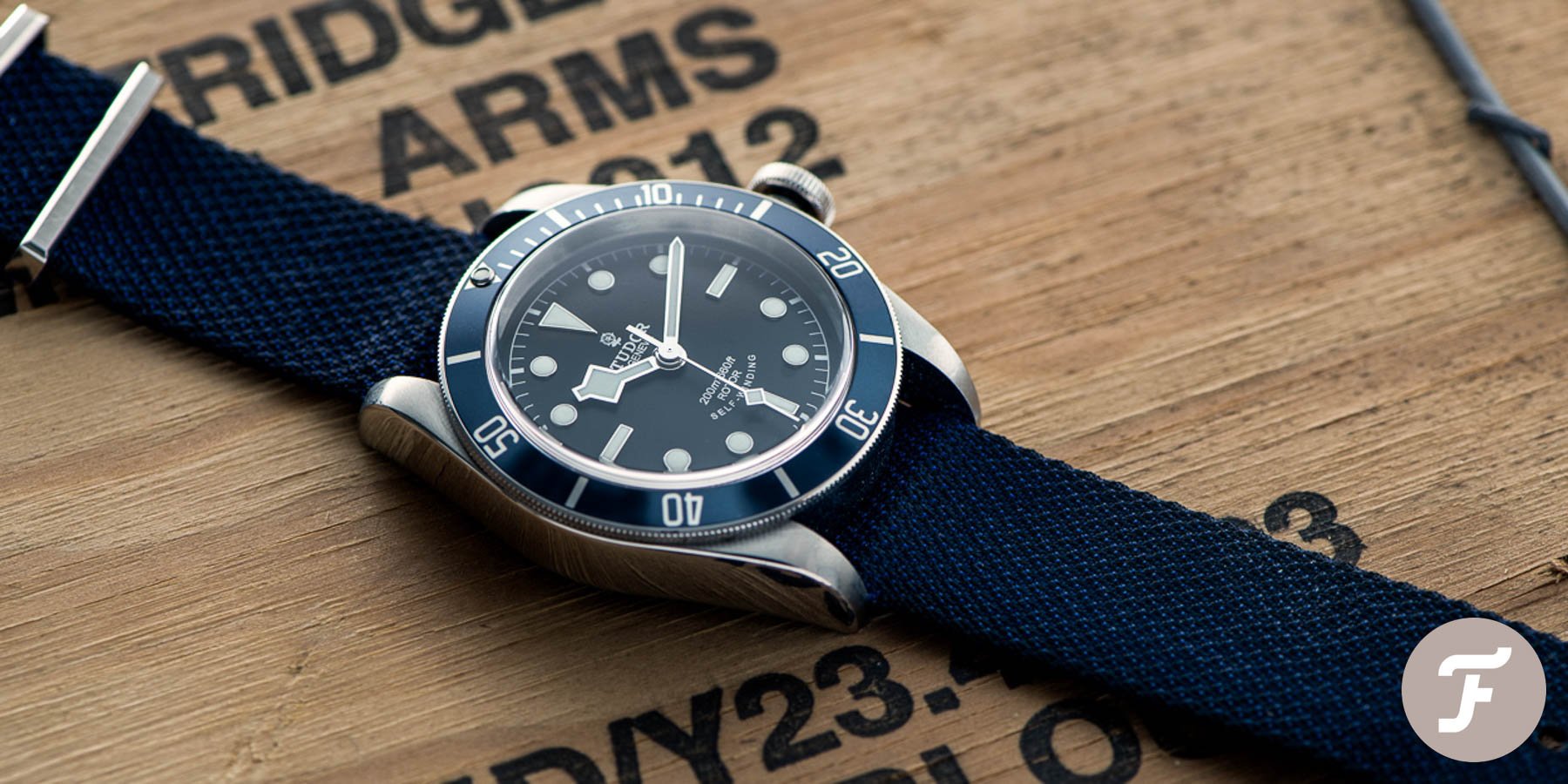 Let’s face it: watchmaking has always been about finding exceptions to the norm. Going against the grain often results in the biggest successes, but only for the very, very few. We are about to see an era of Tudor — one of the most unusual brands in the industry given its incredible reinvention by Rolex — fade into the past, likely never to be repeated. In 20 years’ time, Tudor will have existed for the majority of its second existence for longer with in-house movements than without. Since there can be no doubt Tudor will still exist in 20 years’ time, we should probably be mindful of how fleeting this renaissance era will appear in hindsight and rush to buy the oldies as they seem far more likely to become the goldies when all is said and done.

Don’t say I didn’t warn you…

Let me know if you think I’m going round the twist in the comments below and follow me on Instagram @robnudds.

Hot Topics
Introducing: The New Seamaster Professional 300M 60 Years Of Bond — With A Special Animated Case Back
100 comments
It’s Time To Invest In A Dress Watch — Our Picks From Breguet, Omega, Grand Seiko, And More
67 comments
Are You Still After An Omega × Swatch MoonSwatch?
65 comments
Sunday Morning Showdown: The Tudor Pelagos Provocation — Pelagos Vs. Pelagos 39
55 comments
The Rolex Waitlist Conundrum — How Much Will The Price Of Your Watch Increase While You Wait?
48 comments
Popular
Two Patek Philippe Nautilus Watches: 3700/1A Versus 5711/1A
Robert-Jan Broer
16
Speedy Tuesday – Omega Speedmaster Professional 145.022 Buyer’s Guide Part 1
Robert-Jan Broer
14
You Asked Us: Tissot Powermatic 80 Seastar 1000 or Longines HydroConquest
Robert-Jan Broer
19