Do you fancy yourself as a partier with this Cartier for €4,300?
Michael Stockton
comments 13
Share
Wrist Game
Crying Shame

Welcome back to Wrist Game or Crying Shame. This week we put on our fancy duds with a look at the Cartier Tank Basculante 2390. But first…

It turns out that the once unpopular Omega Dynamic Chronograph is a rip-snorting cultish success these days. Despite its initial sales flop, a full 69% of you favored this low calorie Omega. If those 800 or so positive voters had only bought one of these watches, perhaps it would still be in the lineup today. This week, we are moving onwards and way upwards with a look at a watch from one of the most luxe brands arounds: Cartier. Enter the Cartier Tank Basculante 2390. 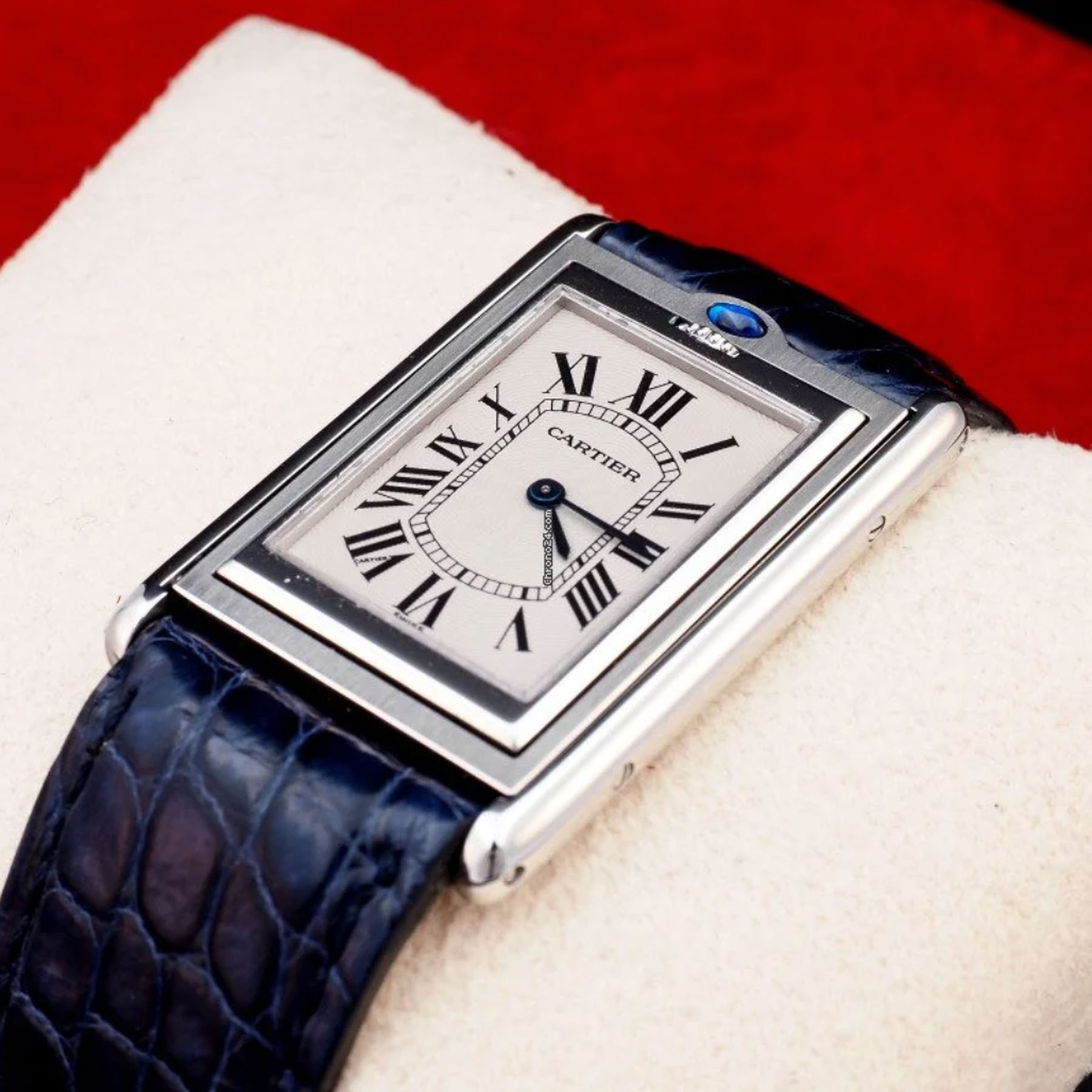 I often talk about my formative years in South Florida. And honestly, what is South Florida without a little Cartier? I guess it was sometime during the latter half of the ’90s when I wandered into the Cartier boutique at Boca Town Center with my Dad. My Mom was off with my sister somewhere and we decided to pop in and have a look. Now, if you’ve never been to a Cartier, you’ll know that “popping in” is a bit of a joke. A stern security guard decides whether you are worthy of entry. That day, thankfully, we were. The watch we looked at happened to be the Tank Basculante. 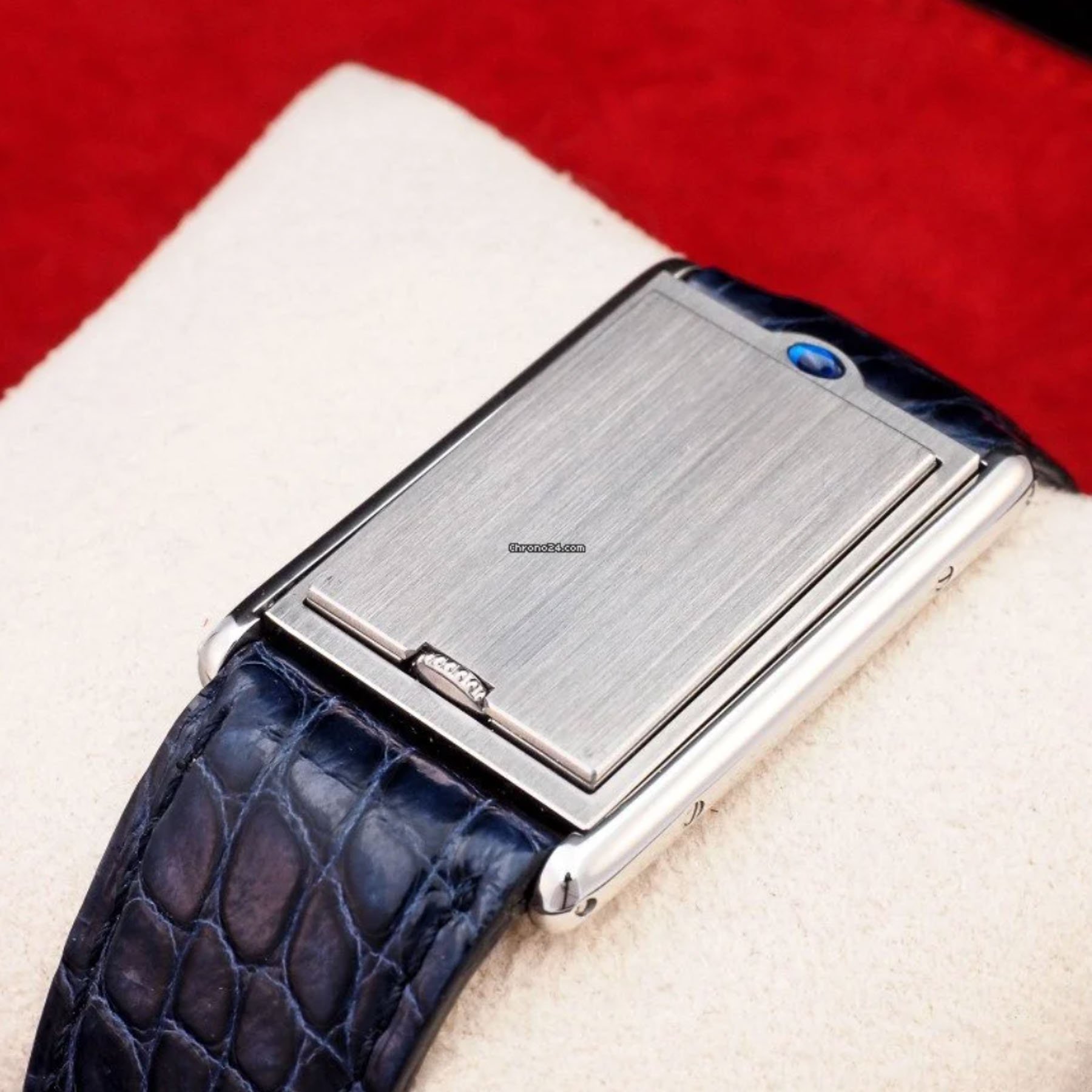 The Cartier Tank Basculante and the Reverso

During this period, JLC was hitting it hard with their Reverso. After twenty years of cheesy quartz glamor, it seemed that the public was ready for mechanical watches and history. Much like the Reverso, Cartier decided to reissue its Tank Basculante. And similar to the JLC, this watch was available in quartz or mechanical. It was easy to pass this watch off as a bit of a JLC pretender because it folded into its case for protection. However, a deeper look tells us that this watch actually debuted back in the early ’30s. In addition to the ability to hide the dial, the watch could also act as a desk clock when it was mounted at an angle. In person, the whole case design is a bit of a beautiful marvel. 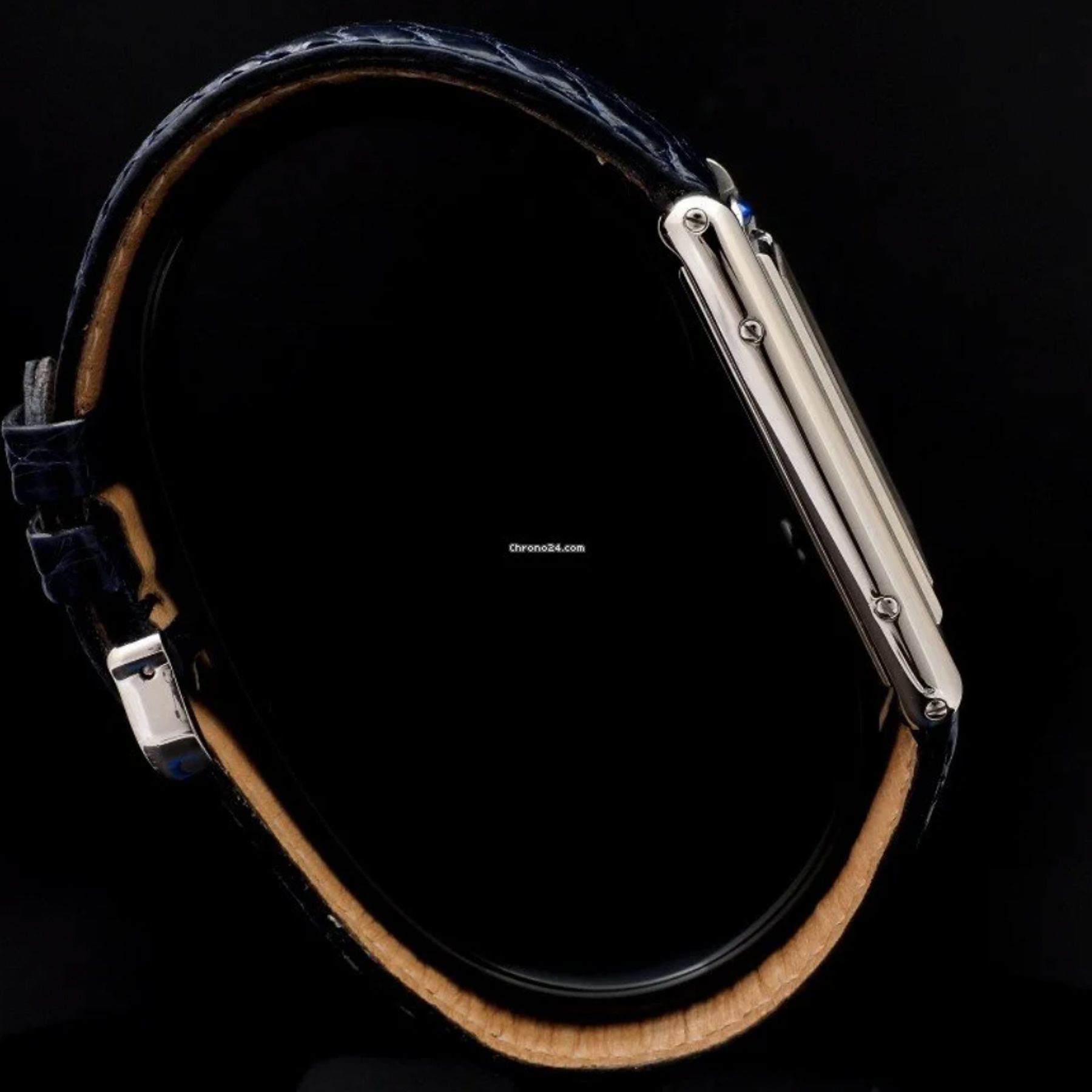 The Cartier Tank Basculante added some other niceties. The silver dial features a guilloché pattern and the traditional Roman numerals we’ve come to expect from the fine French house. You’ll also note that just because the crown is flush with the case at 12:00, Cartier doesn’t stray from custom. A lovely cabochon sapphire sits above in true Tank fashion. I’m also a huge fan of the patterned Cartier logos on the inside of the case. Then again, you should expect the best when you buy anything from this brand. Cartier also threw a lovely movement at the Tank Basculante. It is referred to as the 050 caliber, but it’s actually based on a Piguet movement that comes in at just a hair over 2mm thick! This brings us to an overall case thickness of just 5.8mm. Try that with your Reverso! 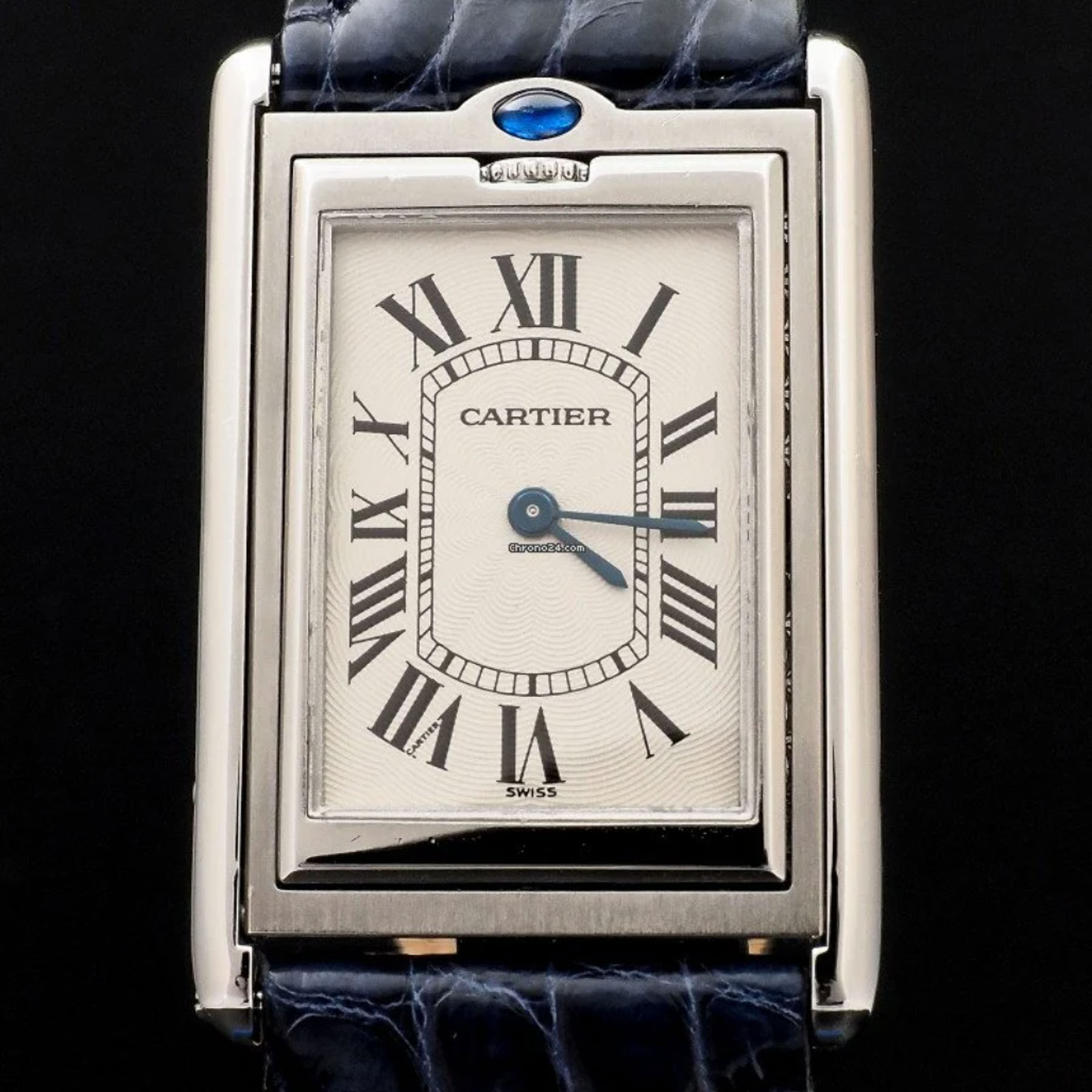 Cartier produced the Tank Basculante in several sizes and in precious metals along with stainless steel (sadly, it’s now well out of production). I spoke to our pal (and one of the foremost Cartier experts on the planet) George Cramer about today’s candidate and he confirmed that this is THE model to have when it comes to this series. The reason for that is that this model is the mechanical version in the so-called “XL” size. Don’t worry, though, because the size is still manageable at 25mm by nearly 39mm. George tells us that a box and papers isn’t so common with Cartier and that’s the case with today’s candidate. This watch comes to us via Chrono24 and the watch and pics belong to the seller Pascal Karp in Brussels. It should be known that these watches were not overly popular but have become quite desirable. As such, very few come up for sale. This one happens to be €4,300 and in lovely condition.

It’s the holiday season and that typically means several nice nights out on the town in your best dress. We know that might not happen this year, but I think that this Tank Basculante will look just as good next year on your wrist. What do you think?