Are you ready to blast off with the other space watch for €2,150?
Michael Stockton
comments 25
Share
Wrist Game
Crying Shame

Hello spacefarers, are you ready for another mission of Wrist Game or Crying Shame? Today’s campaign will focus on that other space-related watch, the Fortis Official Cosmonauts Chronograph. Before we head to the launchpad…

Last week was a tragedy. I tried my best to give you something special and you dismissed it with glee. Despite healthy specs, the Zodiac Super Sea Wolf sunk to the ocean floor like a lead weight! Just 40% of you wanted to accompany me on an aquatic adventure with this leviathan. This week, we head to the stars with the Fortis Official Cosmonauts Chronograph. As I am wont to do, this piece comes with a twist just to ensure I make things a little challenging. Are you suited up and ready to go? 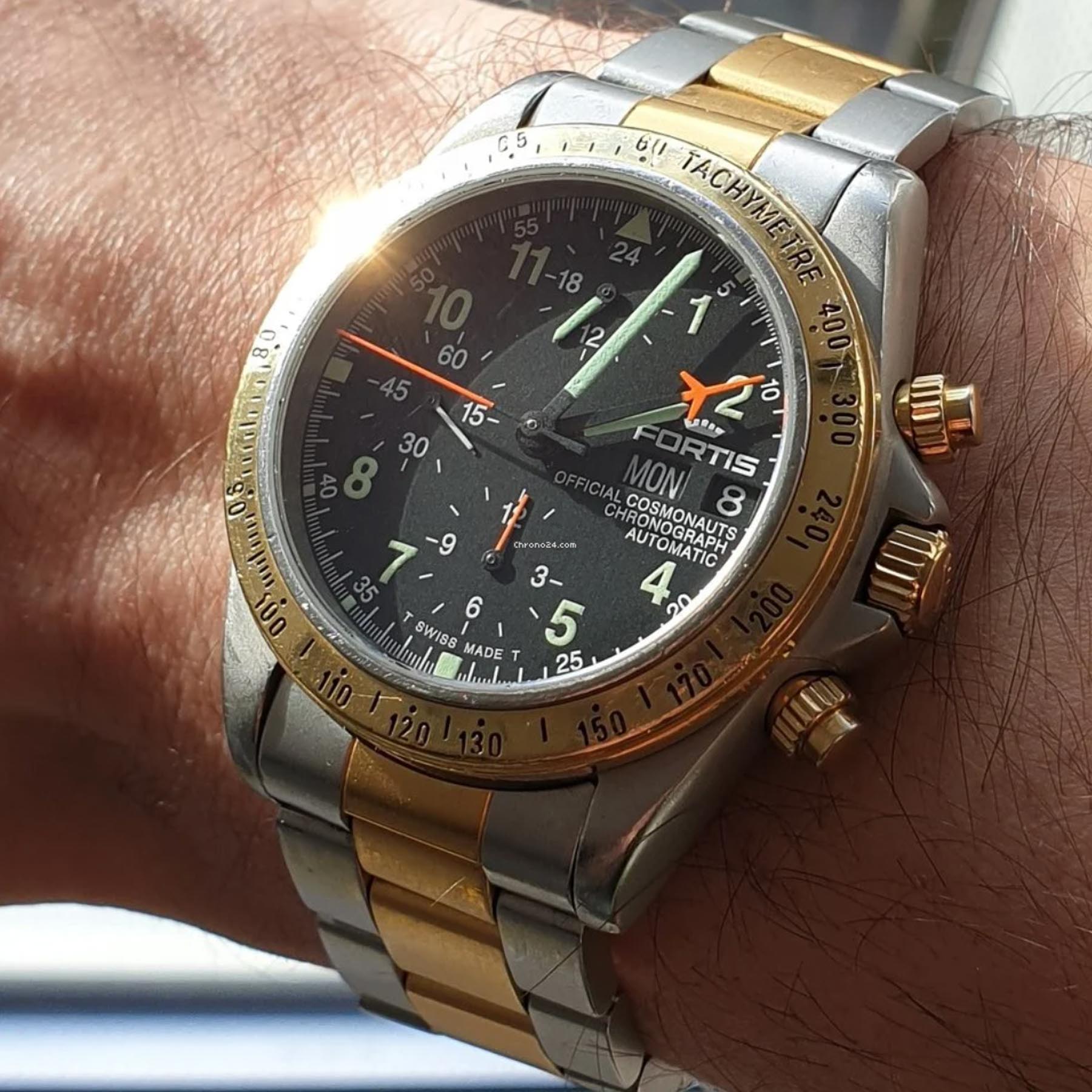 There’s no doubt about it that the Omega Speedmaster Professional gets 99.9% of the attention when it comes to space-related watches. This adoration is well-deserved because, after all, it landed on the moon. However, many watches have left the earth’s atmosphere and have miraculously re-entered our world. The Rolex GMT-Master, a Sinn, a digital Seiko, a Seiko 6139, and many others have accompanied space travelers over the last fifty-plus years. One watch has consistently been at it for a decently long time. That watch is the Fortis Official Cosmonauts Chronograph.

Our own Dave Sergeant “Slaughter” wrote a nice history on the Fortis Official Cosmonauts Chronograph right here. To paraphrase the article, Fortis came out with this watch back in 1994 and it seemed to be aimed squarely at the Russian Space Agency. As a result, Russian Cosmonauts began wearing the watches that very year on missions to the Mir space station. I seem to recall advertisements around this and, as an American, it felt quite otherworldly. 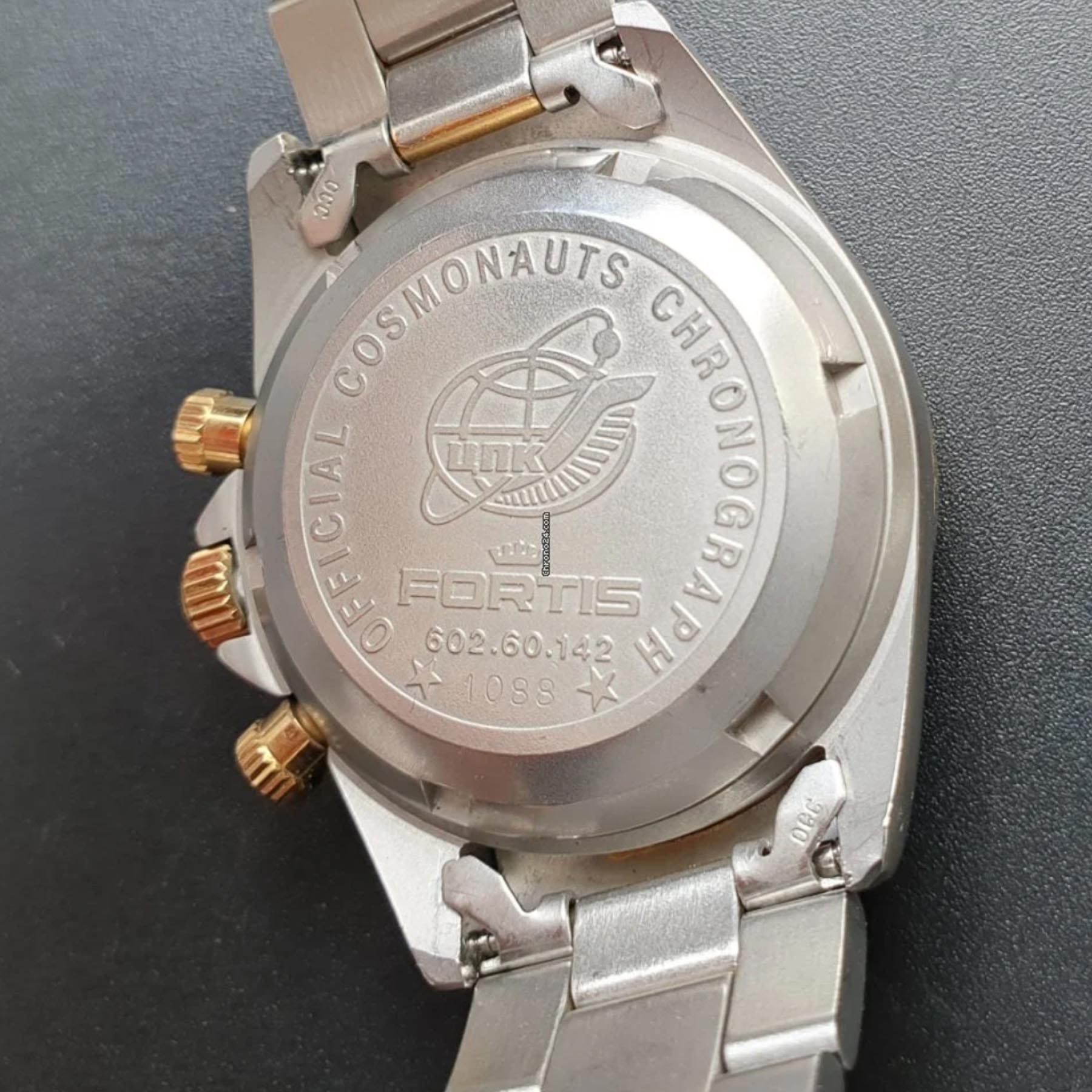 When the Fortis Official Cosmonauts Chronograph debuted, it used the Lemania 5100 chronograph movement. At a distance, this watch could easily be mistaken for the ubiquitous Valjoux 7750 with its 6/9/12 subdial configuration. However, this automatic movement had a bit more in its booster stages. The topmost register is actually a 24-hour recorder. Additionally, there are actually two center-mounted chronograph hands. One counts the seconds per normal while the other actually counts minutes all the way up to 60. Watch geeks love the Lemania 5100 for this central minute counter because they find it much easier to read versus having to look on a small sub-register. I agree, but the typical subdial layout has caused repeated “failure to launch” situations for my wallet. As an aside, the original EZM 1 uses this movement but eschews all the sub-dial shenanigans (Gerard, if you’re reading, I still want yours).

So, yes, the Fortis Official Cosmonauts Chronograph used a neat movement in its initial rendition. I’m also a big fan of its 38.5mm case that fits the wrist beautifully. From what I can tell, Fortis made both white and black dial versions of this watch. They also made it in bead-blasted steel, two-tone, and even gold plated. I’ve also seen both tachymeter and a rotating minutes bezel. 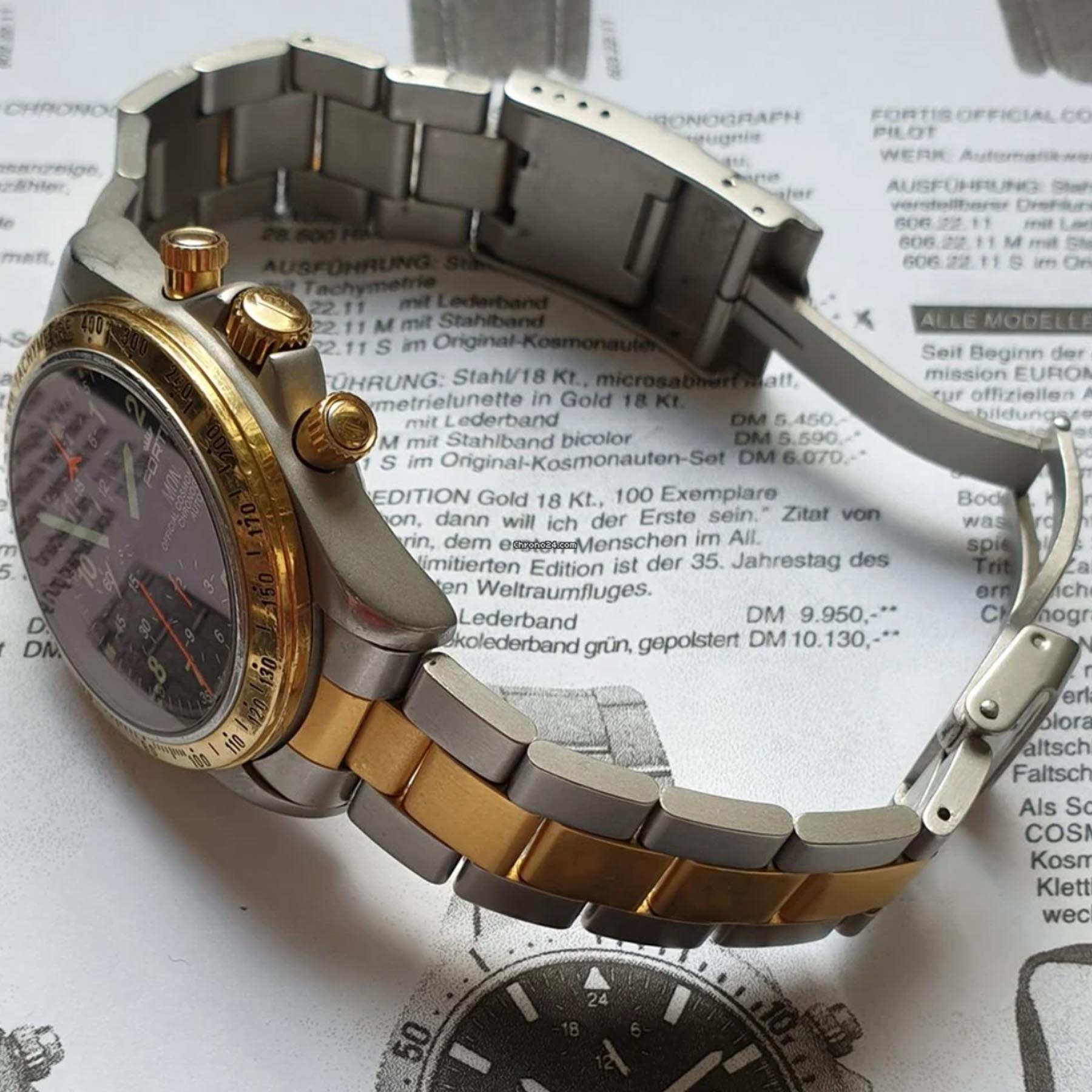 Searching for one of these

When Baselworld was a thing, we’d visit Fortis at a hotel just around the corner from the show. They’d always bring a full-size model of a Cosmonaut complete with a vintage Fortis Official Cosmonauts Chronograph on its wrist. I saw this for two or three years and it would always inspire a couple of weeks of serious searching for similar models. At that time, I would find some sweet pieces in the €1,500 range and I sadly did nothing. Again, the dial layout always kept me away from buying. Now, though, I wish I had made a move because these have steadily risen in value. I highly doubt that they’ll ever enter the realm of a-one collectibles, but a nice full set stainless model seems to crest €3k quite easily these days. Plus, good ones aren’t plentiful. 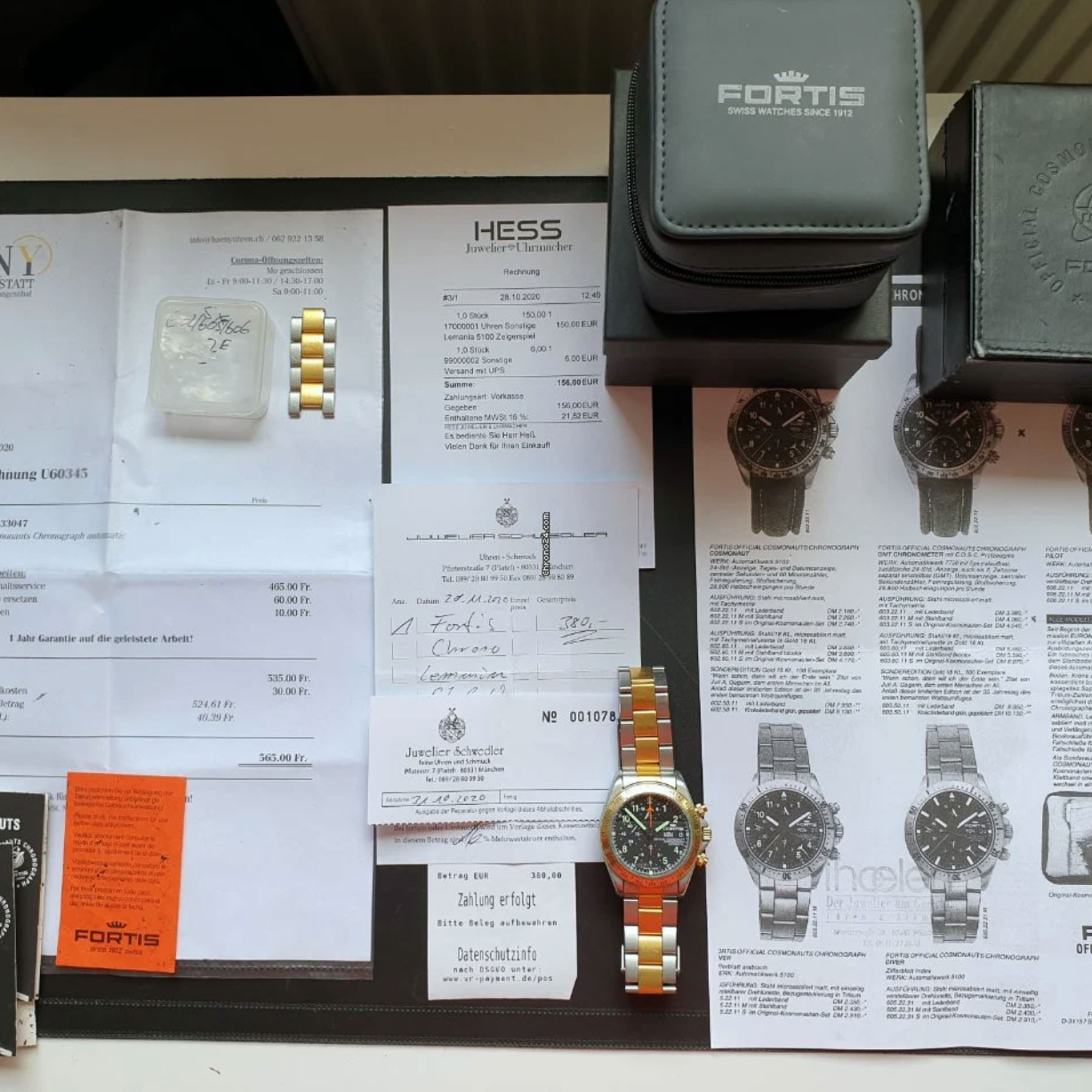 So, I mentioned that this week’s candidate comes with a twist. The Fortis Official Cosmonauts Chronograph for your perusal is ridiculously complete and even sports a recent service along with original replacement hands. The watch, which is listed on Chrono24, has photos from a private seller in Germany. However, it comes in two-tone with a black dial. The watch is still “official”, but it is a bit different and sports some honest wear. Our seller has a lot of cool documentation and explains that the gold bits are plated aside from the solid 18K bezel. What I really like about this piece is the pricing. It feels like you’re not only getting the private seller discount, but also a nice price because of the gold. €2,150 is the list price and it seems that he’s even open to a bit of negotiation. That’s not bad in my book! As always, it’s not just what I think. Where do you stand on this interesting piece?

By the way, I’ll do my best to make these voting descriptions more and more outlandish – I’m told that they make our Timo chuckle.

Hot Topics
Introducing: The Omega Speedmaster Super Racing With Spirate System
162 comments
Design Vs. Specs — Which Is More Important To You When Buying A Watch?
86 comments
The Time To Buy Is Now: How The Current Economic Climate Influences Watch Buying And How You Should React
51 comments
My Predictions For New Omega Speedmasters In 2023
48 comments
A Regret-Free Guide To Buying Your First Luxury Watch — Part Three: Higher-End Options From Omega, Rolex, Grand Seiko, And More
48 comments
Popular
Two Patek Philippe Nautilus Watches: 3700/1A Versus 5711/1A
Robert-Jan Broer
16
Oris Classic Date Or Save Up For an Omega De Ville Prestige?
Robert-Jan Broer
17
An Overview: The Tissot Chemin des Tourelles Watches
Fratello