Can you endure the $4,450 to get this panda on your wrist?
Brandon Baines
comments 23
Share

Well, this is awkward… Here I am, about to make my debut in this column, and the watch that I wanted to write about has just sold out. Crap. I knew I should’ve written it up as soon as I saw it on Chrono24 for $3,800… I’m talking about the Franck Muller Endurance 24, and more specifically, an example with a racy red dial. Alas, as is so often my fortune in watches, the boat was docked and waiting, but I missed it again. That’s life, though, and I won’t lament it now. Instead, I’ve scoured the interwebs for the next-best version, and I think I’ve found one that can carry this article through. So, without further ado, I present the Endurance 24 with an ever-popular panda dial and a 24-hour layout.

I’m an absolute sucker for 24-hour dials. As Depeche Mode once said, “I just can’t get enough.” I think, in large part, it’s because they’re so uncommon, and I always prefer watches with some extra, unique flair. I have owned a Glycine Airman 18 Purist in the past, and I honestly miss that watch more than I ever thought I would. Currently, I’m waiting to pounce on a Navitimer Cosmonaute, but I have also considered the Endurance 24 several times. Markedly different than the Cosmonaute in genre, size, and style, the Endurance 24 is a different animal altogether. I also think that it’s an overlooked piece from Franck Muller, and therein lies a certain amount of intrigue for me. So, let’s take a look at this neat little watch. At the end, you all can tell me if it’s worth your four-and-a-half grand. 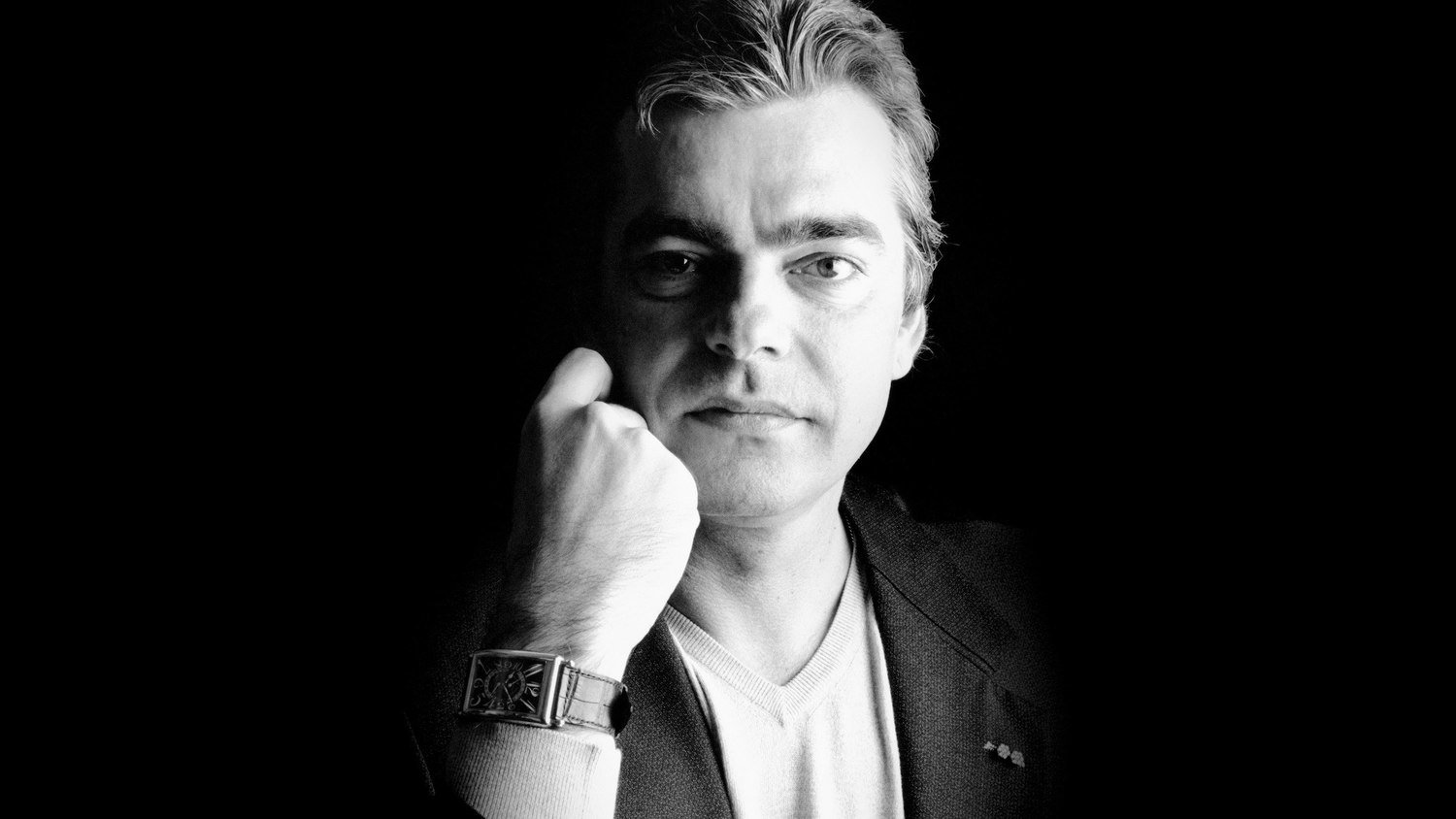 As far as my research suggests, the Endurance 24 debuted back in 1997. This was six years after Franck Muller the watchmaker started his now-famous eponymous brand. Prior to that, he had restored watches for the Patek Philippe Museum, which gave him a profound love for complications and tourbillons. Thus, Muller endeavored to build his own complications, often using 19th-century movements as a base. In 1984, Muller introduced his first tourbillon to the world, and he further established his reputation in the years that followed. Though he only produced a handful of watches per year, his minute repeaters, monopusher chronographs, and more gained him critical acclaim. Then, in 1991, along with case maker Vartan Sirmakes, Muller launched a proper brand to expand his reach. 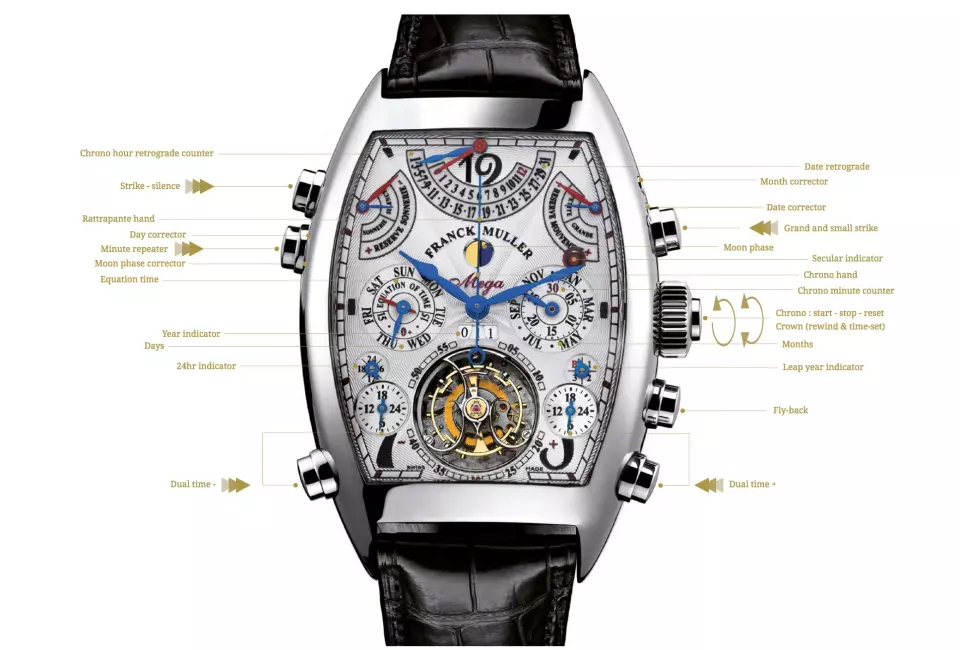 Since then, he has become known as the “Master of Complications”. Name a complication, and Muller has probably made it. But his watches also had a transcendent quality to them, becoming famous even among non-enthusiast circles. Models like the Casablanca, Long Island, and Conquistador were available in simple executions for those who loved their designs. On the other end of the spectrum, watches like the Aeternitas Mega 4 with its 36 complications were mind-bogglingly cool. The Crazy Hours is a definite watch-enthusiast favorite that combines a sleek, pared-back design with horological merriment. But among the many successful models that Franck Muller has released, the Endurance 24 seems to have slipped through the cracks. 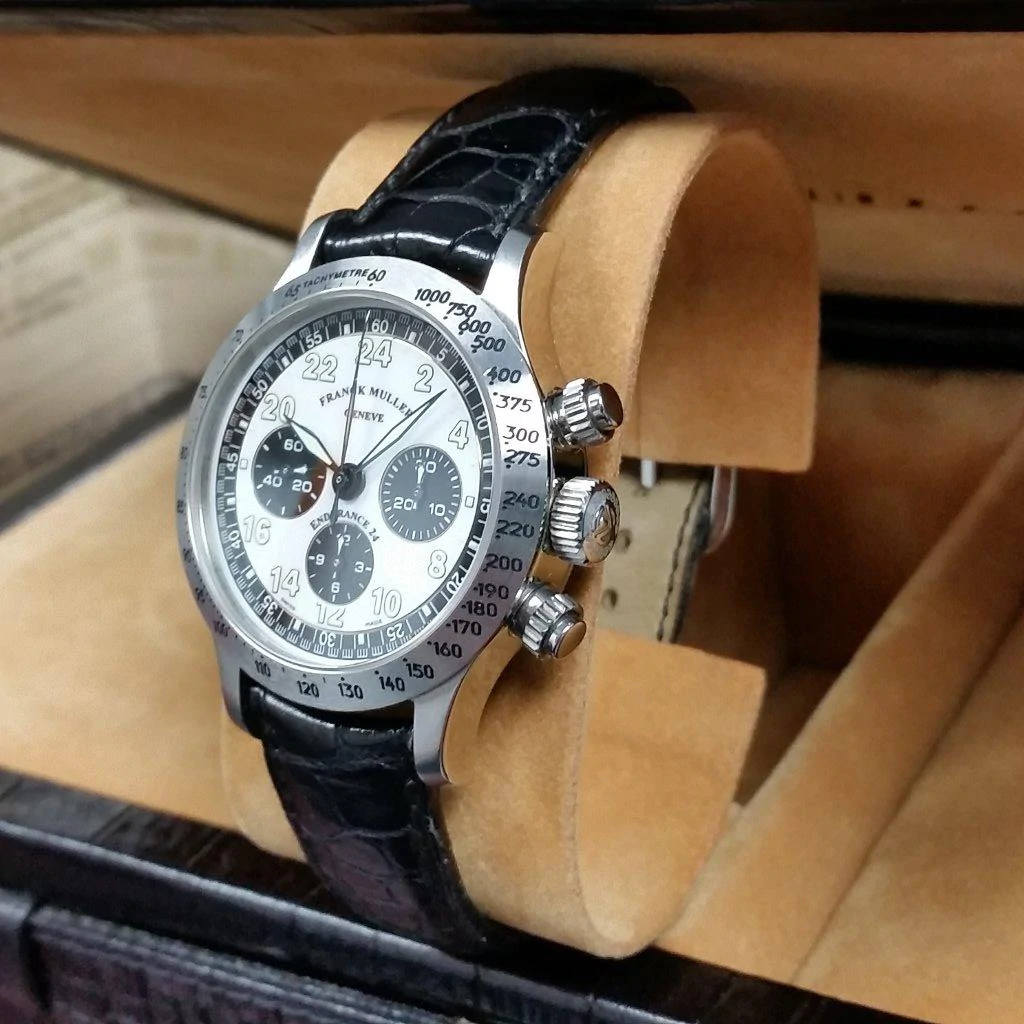 As I mentioned, this watch came out in the late 1990s in a limited-edition series with several colors to choose from. I’ve seen variants with orange, red, yellow, lime green, black, and white “panda” dials. As far as I can tell, each color was limited to between 250 and 500 pieces. There is a non-limited model with a 12-hour dial too, but the 24-hour version is in our spotlight today. The Endurance 24 certainly has some Daytona vibes going on, similar in size and style to the ref. 6265. The screw-down pushers, large crown, and 37mm diameter are all reminiscent of that vintage Rolex legend. Even the steel tachymeter bezel looks similar at first… until you realize that it’s marked to 1000 units per hour. Now, for most wearers, this is complete overkill. There’s no way you’re going to reach those types of speeds in a car. But I suppose it’s good to know that if you really wanted to, you could use your tachymeter to measure the speed of a plane. 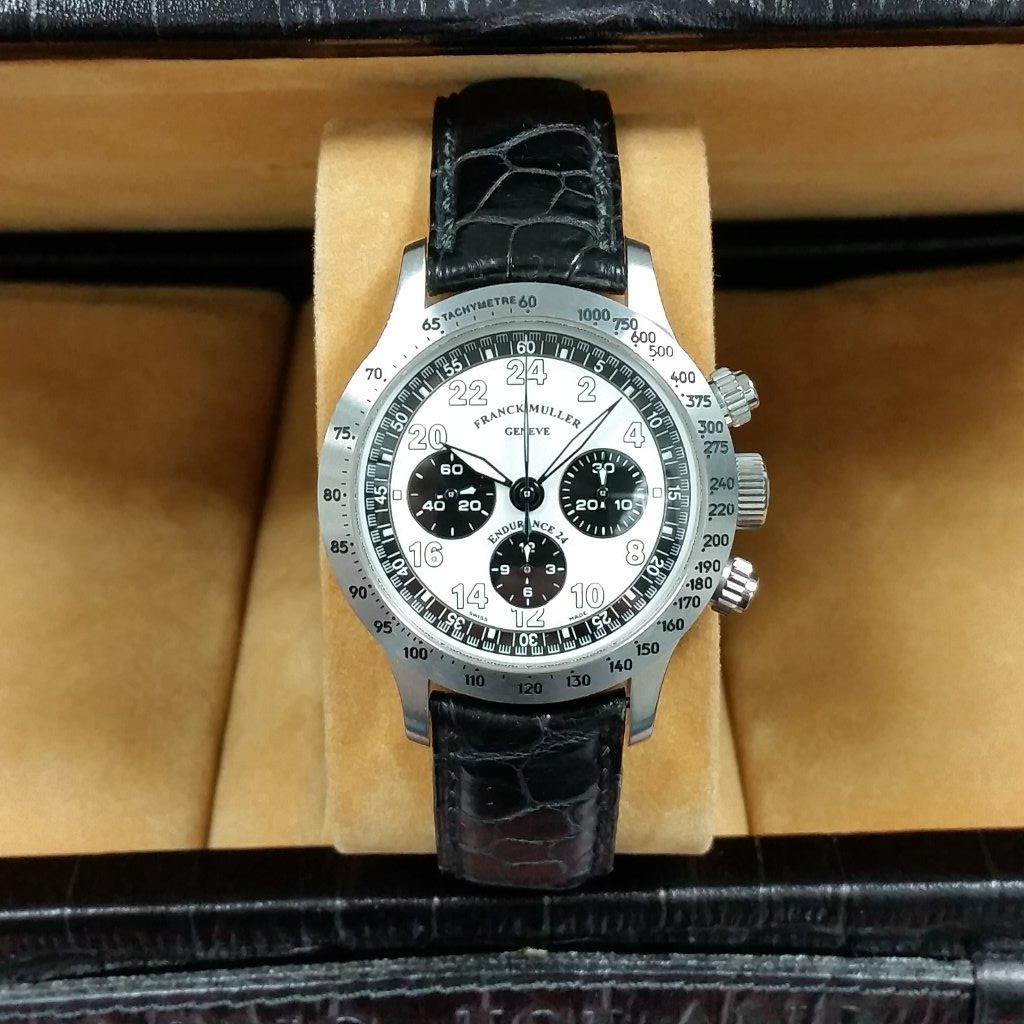 The case has a sapphire crystal on the front, protecting the dial that I love so much. The whole dial layout is remarkably clean, and everything is well spaced for superb legibility. In terms of color, black on white is both practical and timeless; there’s a reason “panda” dials are so enduring, you know. A nice little touch that you might not notice, however, is that all six hands have been thermally blued. That’s far more interesting than plain steel hands, especially in combination with the stark white dial. I also greatly appreciate the shape of the hands, which are sword-shaped at center and spade-shaped on the registers. No Daytona (to my knowledge) has ever had hands like these. And no Daytona has ever had a 24-hour dial either. 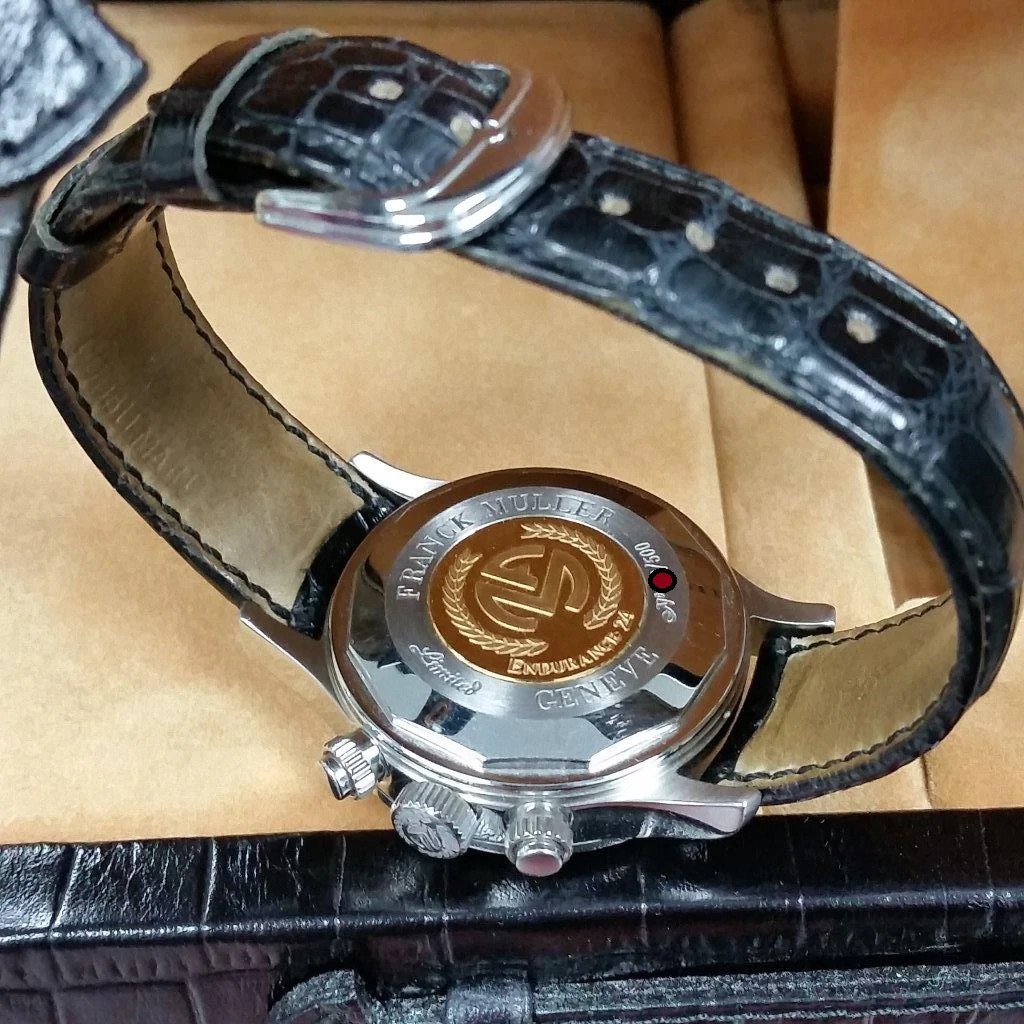 The movement behind the magic

While you can’t see it through the gold-medallion case back, the Endurance 24 has a reliable engine too. The watch houses the hand-wound Lémania 1877, the 24-hour variant of the caliber 1873. That movement was the base for the Omega 1861, the legendary caliber that powered the Speedy for years. This movement, however, powered the Breitling Cosmonaute and its Sinn counterpart before they went automatic. Ticking at 21,600vph, this 18-jewel movement provides 40 hours of power reserve. It is a cam-actuated chronograph with a horizontal clutch, and it allows for 12 hours of continuous timing. These days, specs like these are not state-of-the-art, but this family of Lémania calibers is beloved nonetheless. As extremely robust movements that are made to just work, it’s hard to fault them when it comes to usability.

All the images of this watch come from Lux Time Center, a seemingly well-established dealer based in the US. We have absolutely no affiliation with this company, but the asking price of $4,450 is intriguing indeed. Compared to other examples online that are priced thousands of dollars higher, this could be the best value for everything you’re getting here. This Endurance 24 appears to be in lovely condition and very lightly worn considering its age. It comes on an OEM Franck Muller crocodile strap, and the blank Certificate of Origin and Warranty is included as well. Apparently, the original dealer never filled out this certificate, but I suppose it’s still nice to have anyway. It’s worth noting that the box is from the Long Island model, though. Perhaps that’s not a dealbreaker, but it’s still worth a mention. 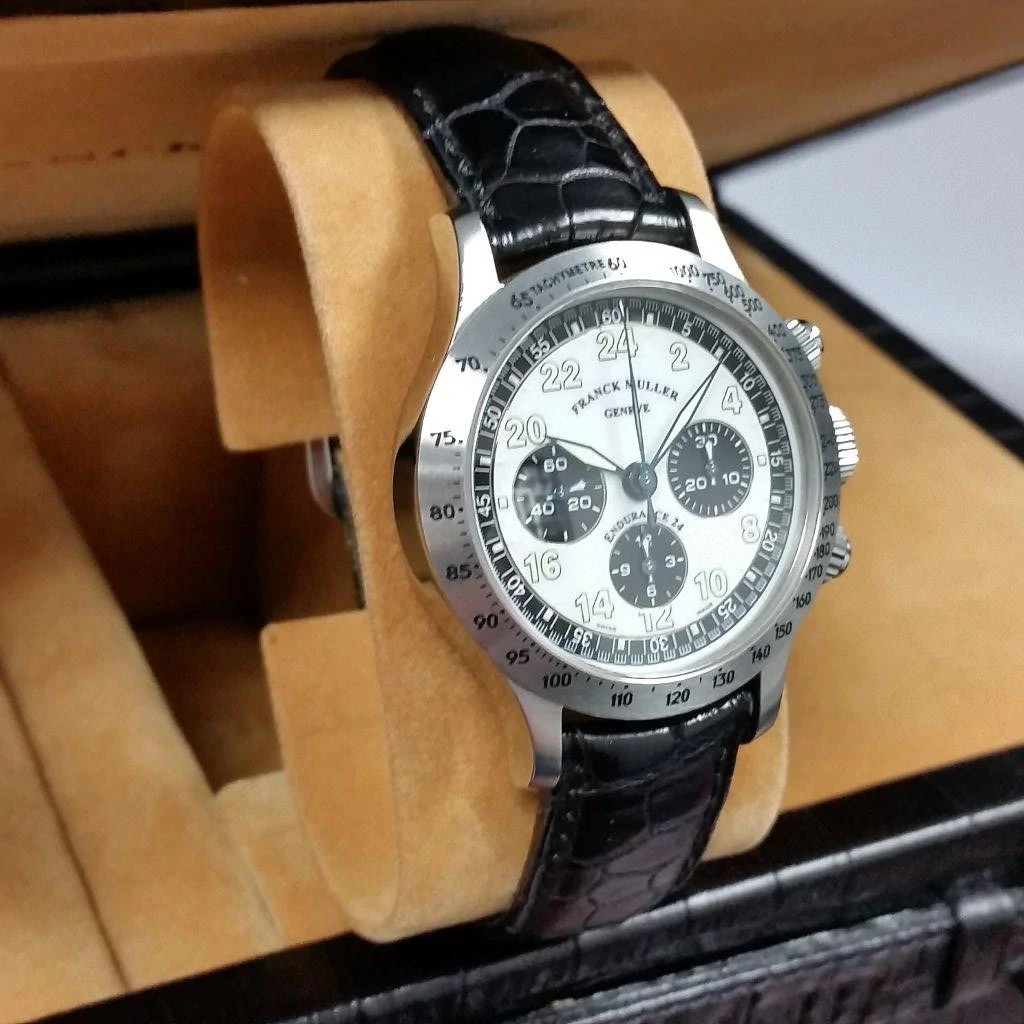 What do you make of the Endurance 24?

While this is not one of Franck Muller’s most famous models, in a way, I think that makes it even more special. I first saw one of these watches at a dealer in Osaka years ago, and it has piqued my curiosity countless times ever since. For me, it occupies an interesting place in Muller’s lineup, offering both accessibility and an interesting complication. The Endurance 24 is so different from the Navitimer Cosmonaute, too, that I can potentially see adding both to my own collection one day. But enough about me. What do you think of the watch? Is it wrist game or a crying shame? Cast your vote down below!