Hey there team, it’s time for a little bit of Wrist Game or Crying Shame. This week, we travel back to the days before 007 donned an Omega. Appropriately enough, this week’s watch is the Omega Seamaster Pre Bond Automatic. Whether or not this one leaves you either shaken or stirred remains to be seen. But first…

Last week, I took you on a trip down memory lane to El Paso, Texas with a story on the Panerai Luminor Marina PVD Destro. This limited-edition model from 2008 wasn’t minty fresh, but that didn’t stop it from bringing home a refreshing 59% Wrist Game win. I’m starting to get the feeling that Panerai is making a comeback – and I like it! Today’s Omega Seamaster Pre Bond Automatic tones it down a bit on size and style, but I still think it makes an entrance. Let’s see what you think. 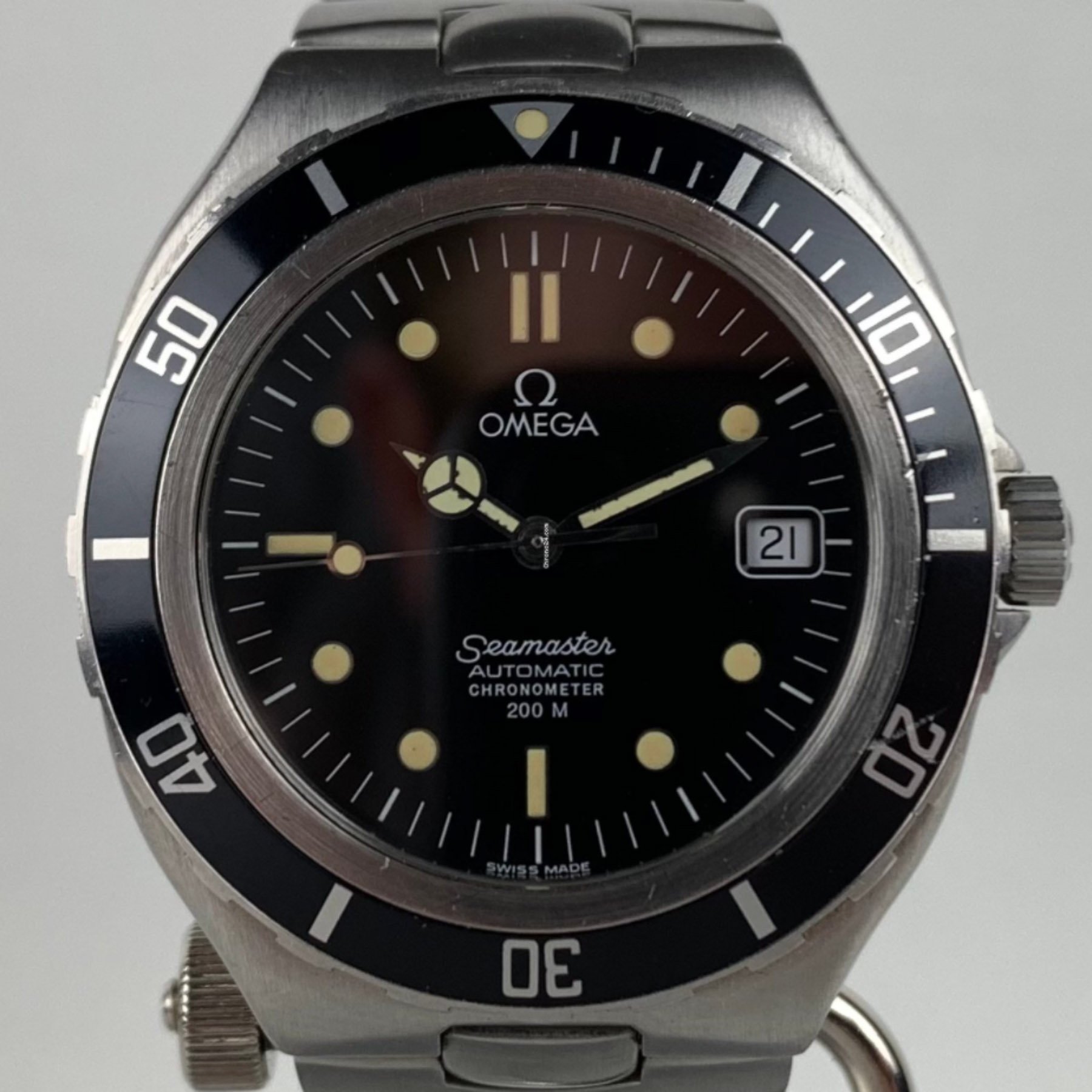 The Omega Seamaster Pre Bond Automatic is a watch that was made for the water. Unfortunately, it comes from an era that some might call the low water mark at Omega. You see, this watch was made from 1987 until 1995 and this was well before the rush of in-house movements and higher-end positioning. To put it mildly, some might also say that quality control was also a bit here and there. As a result, Omega watches from this era often don’t age so well. However, what these watches may have lacked in finishing, they made up for with a style that seems to be catching on more and more these days. 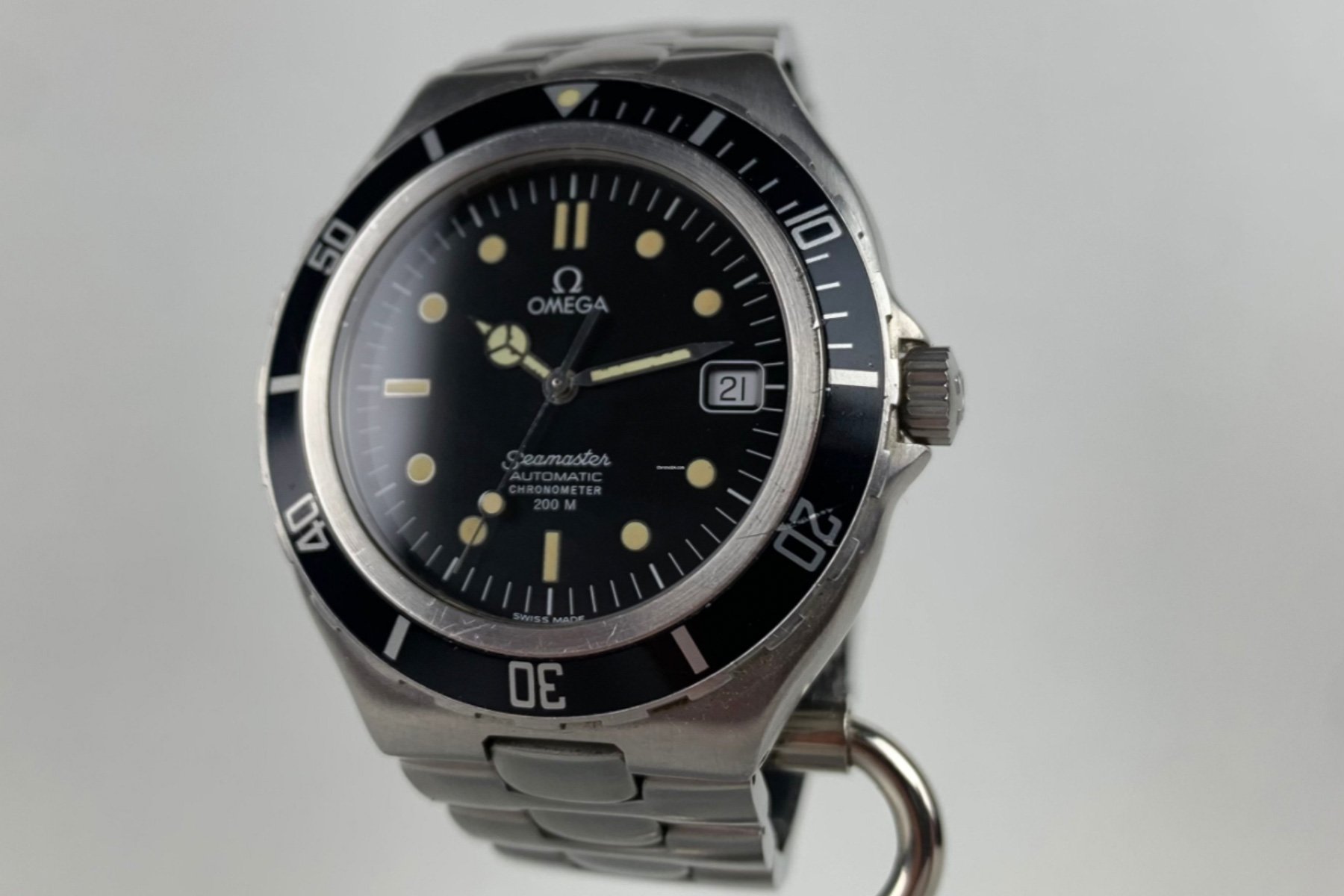 An ’80s and ’90s throwback before Omega made it big again

This lovely little website right here gives a great account of the Omega Seamaster Pre Bond Automatic and all of its relatives. Omega made quartz versions of this watch which are incredibly plentiful and achingly cheap (often somewhere around the €1,000 mark or less). Omega also came late ‘80s correct with some awfully attractive bi-color versions of this watch. Finally, in yet another nod to prevailing tastes at the time, Omega made both a 36mm mid-size model and a full-size model that hangs out on the south side of 40mm. Unsurprisingly, quartz models and mid-size pieces (aka, the ones most don’t truly want) are the most common. 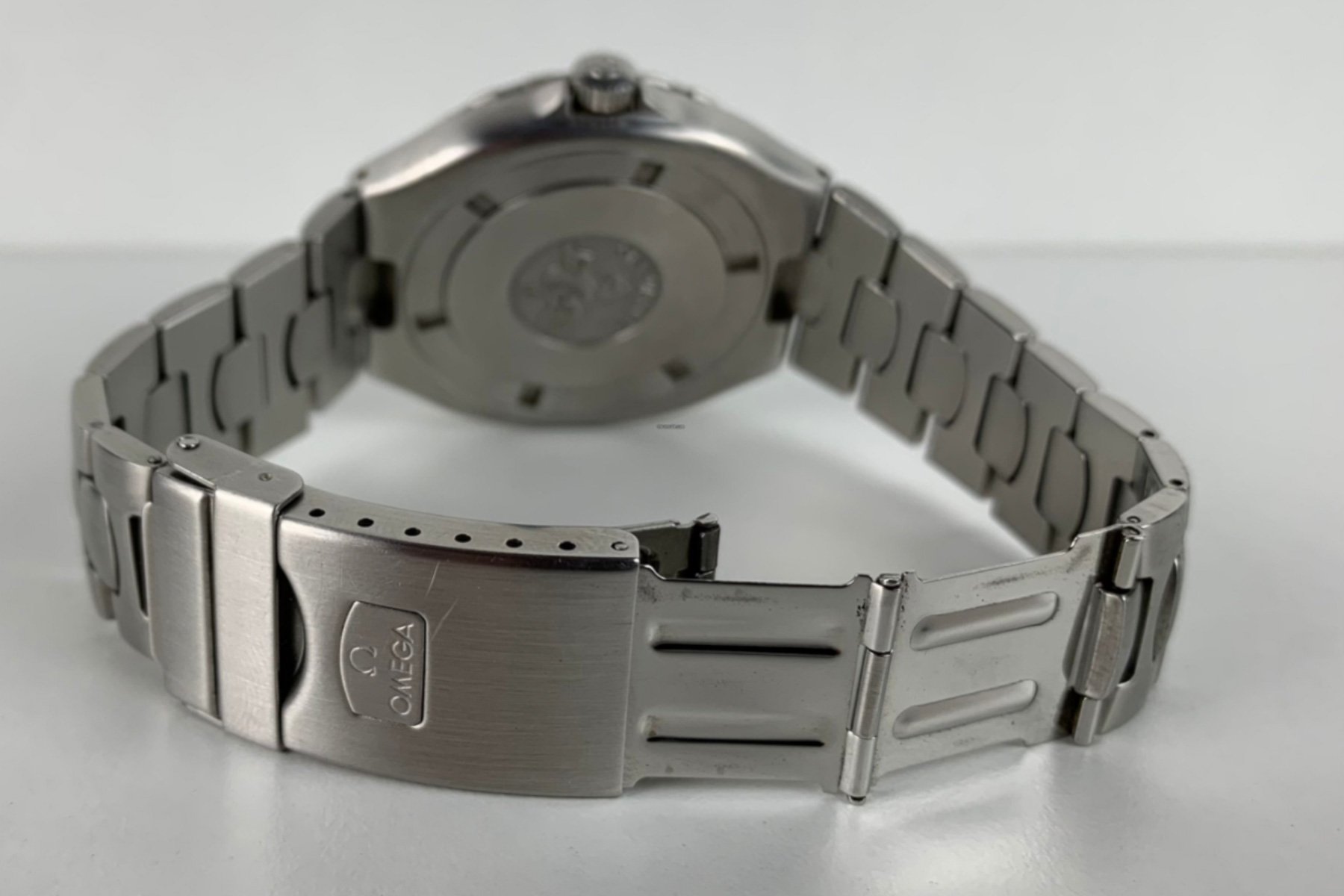 A pretty nice design with a few issues

What’s interesting about the Omega Seamaster Pre Bond Automatic and its clan is that they were only available on an integrated bracelet with a wetsuit extension and safety lock. See, when I talk about how things have come full circle, here we are with the current love of such bracelets. All of these 200-meter watches contained tritium dials and switched from Rolex-aping Mercedes hands (really, Omega?!) to sword hands at some point. If you want a good example of how badly some of these watches age, just go look on Chrono24 and eBay. Seemingly, either the quality of the lume or the seals wasn’t so great — or both! On the other hand, it makes finding a good one a nice little challenge. Just beware of LumiNova replacements. 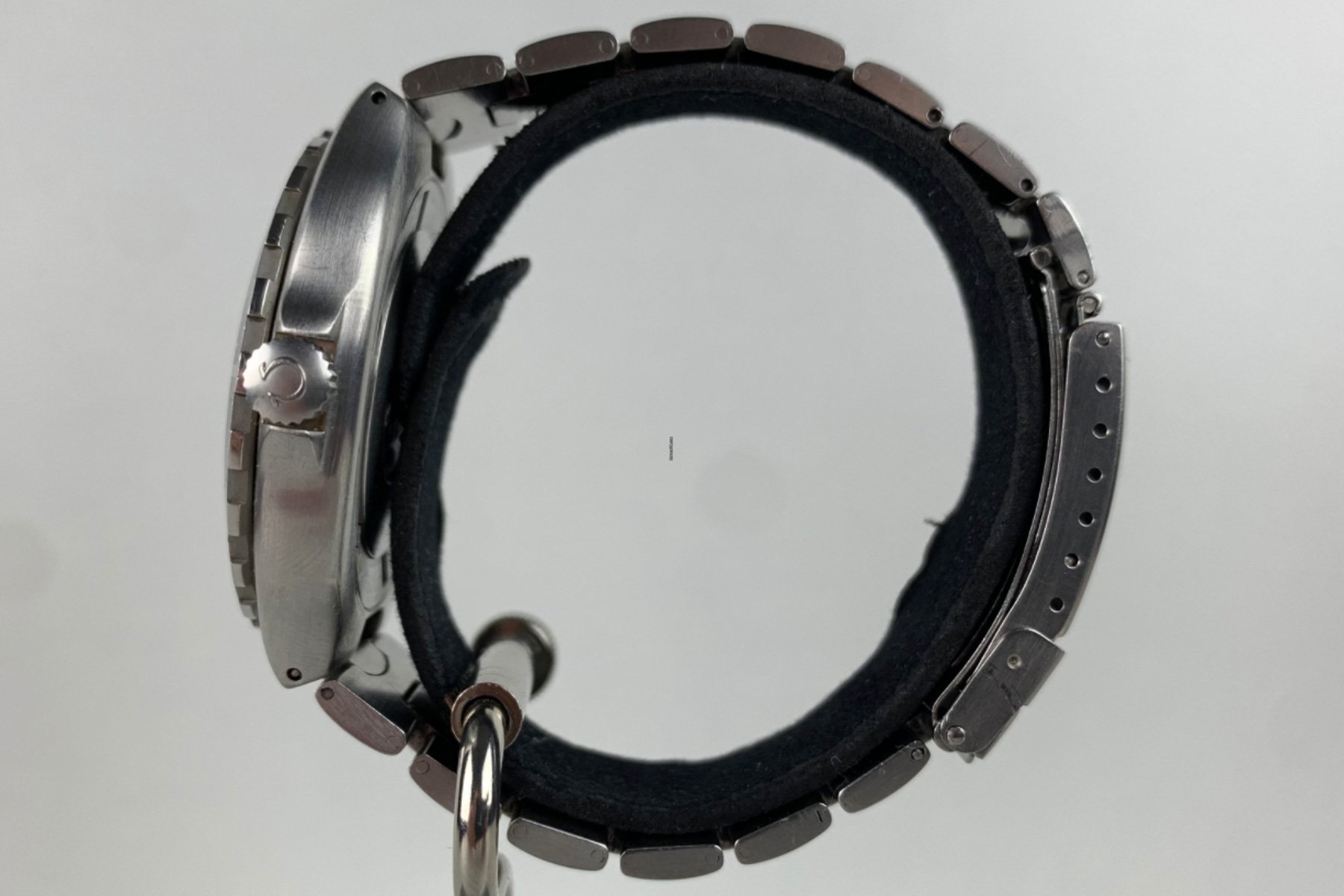 I almost bought one, but someone rained on my parade

I think it was probably three or four years ago when I was slumming around on eBay looking at these watches. Earlier, I had picked up a TAG Heuer Super Professional (a watch I truly love) and thought that an Omega Seamaster Pre Bond Automatic would make a nice companion. I remember speaking with our GEO (Grouch Executive Officer), RJ because he knows a thing or two about the brand. For good or for bad, he recommended that I stay away from this watch because — and don’t quote me here — he said they were kind of crappy, had uncomfortable bracelets, and weren’t really destined to become collectible. It’s one of the few times that I took his advice! (Mike here again: it seems that the GEO actually didn’t hate these watches so much…I must have confused it with his “love” of all things Tschibo instead.)

Well, every so often I come back to the Omega Seamaster Pre Bond Automatic and while RJ may be right about most of his premonitions, these watches have gone up a bit in value (ok, what hasn’t?). Plus, there’s something nice and simple about the design — something lost once the 300M came on the scene with its “extra” crown. Would I like this watch more if it had traditional lugs? Sure, but then again, it would look exactly like a Rolex or, yikes, a TAG Heuer from the same period. Regardless, I am not sure if I will ever own one of these, but I do like them. 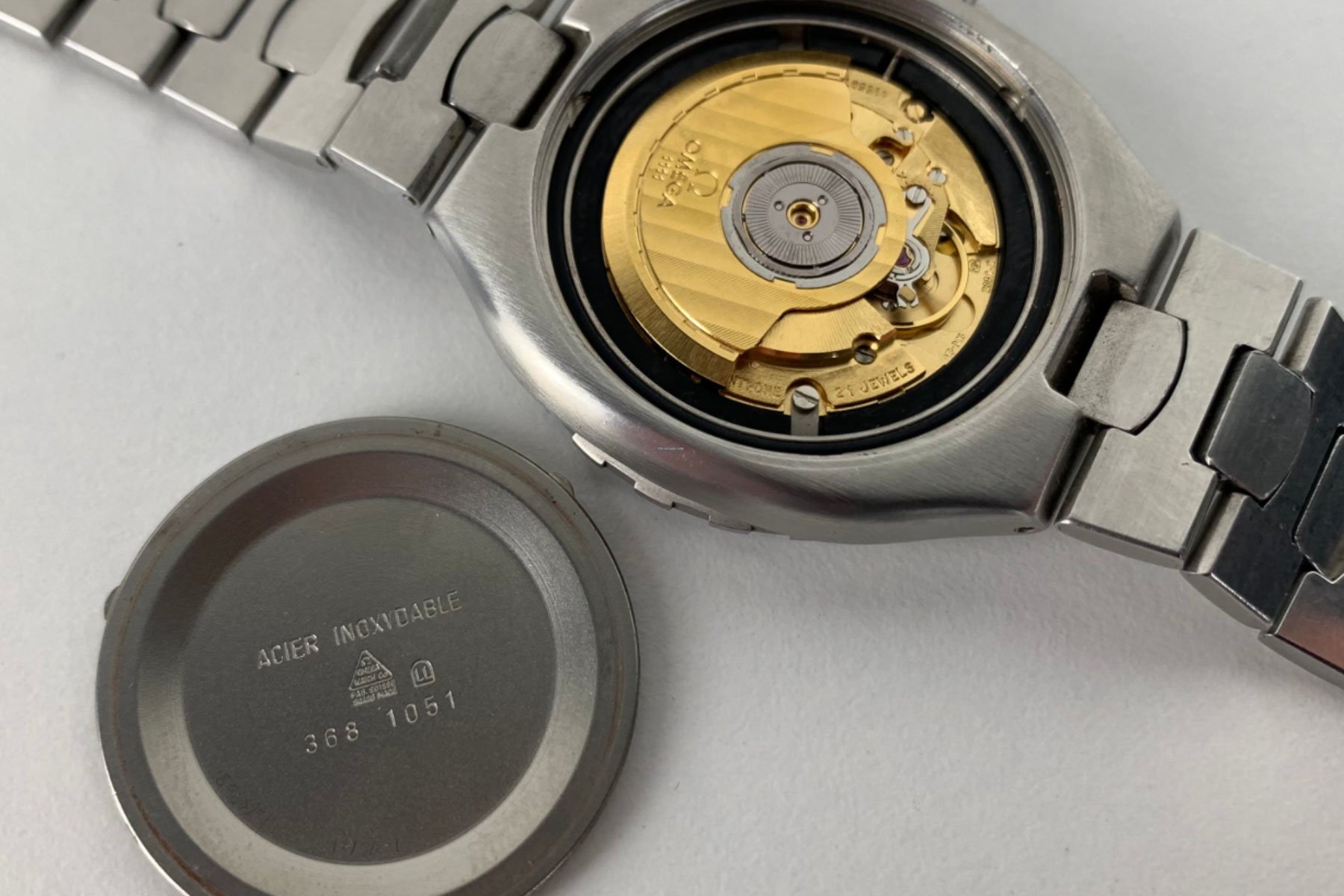 As I mentioned, the Omega Seamaster Pre Bond Automatic has gone up in price a bit. Quite honestly, the chronometer-certified ETA 2892 is a “nice to have”, but I might struggle to justify the nearly 3X premium versus a similar quartz model. After all, a watch from this period kind of works well in battery form. What I found today is a watch on Chrono24 and at a familiar seller, B&O Watches out of the Netherlands (they own the pics). Oh, the irony would be something if RJ became a turncoat and ended up buying this!

This watch looks like it is in nice shape overall and even has some appropriate aging to the hands (remember, though, it’s only truly hip when hands look like this on a vintage Seiko!). The ad even shows that the watch is running beautifully, so it should be ready to pair with a same-era sports car or station wagon. The price comes in at an even €2,250.

I need to stop looking at this Omega Seamaster Pre Bond Automatic or my trigger finger just might make a move. What are your thoughts? Is this one licensed to kill or stuck in the kiddie pool with a snorkel?