What makes an “icon”? What is the magic formula for a classic? And perhaps even more importantly, what, exactly, is in a name? These are questions that watch designers, manufacturers, and marketers have been asking for decades. Unfortunately, they are questions for which they are no clear-cut answers, even for the Zenith El Primero.

In the end, the success of a watch, especially a famous one, may just come down to a balancing act. How well a brand balances its history with its future, and its own vision with its customers’ desires, could determine everything. Today, I’d like to take a look at the Zenith El Primero Espada. A now mostly forgotten piece of recent Zenith history, it’s an anomaly in the brand’s offerings that cuts to the very heart of this matter. I hope you’ll enjoy this philosophical ride down the Memory Lane of horology. 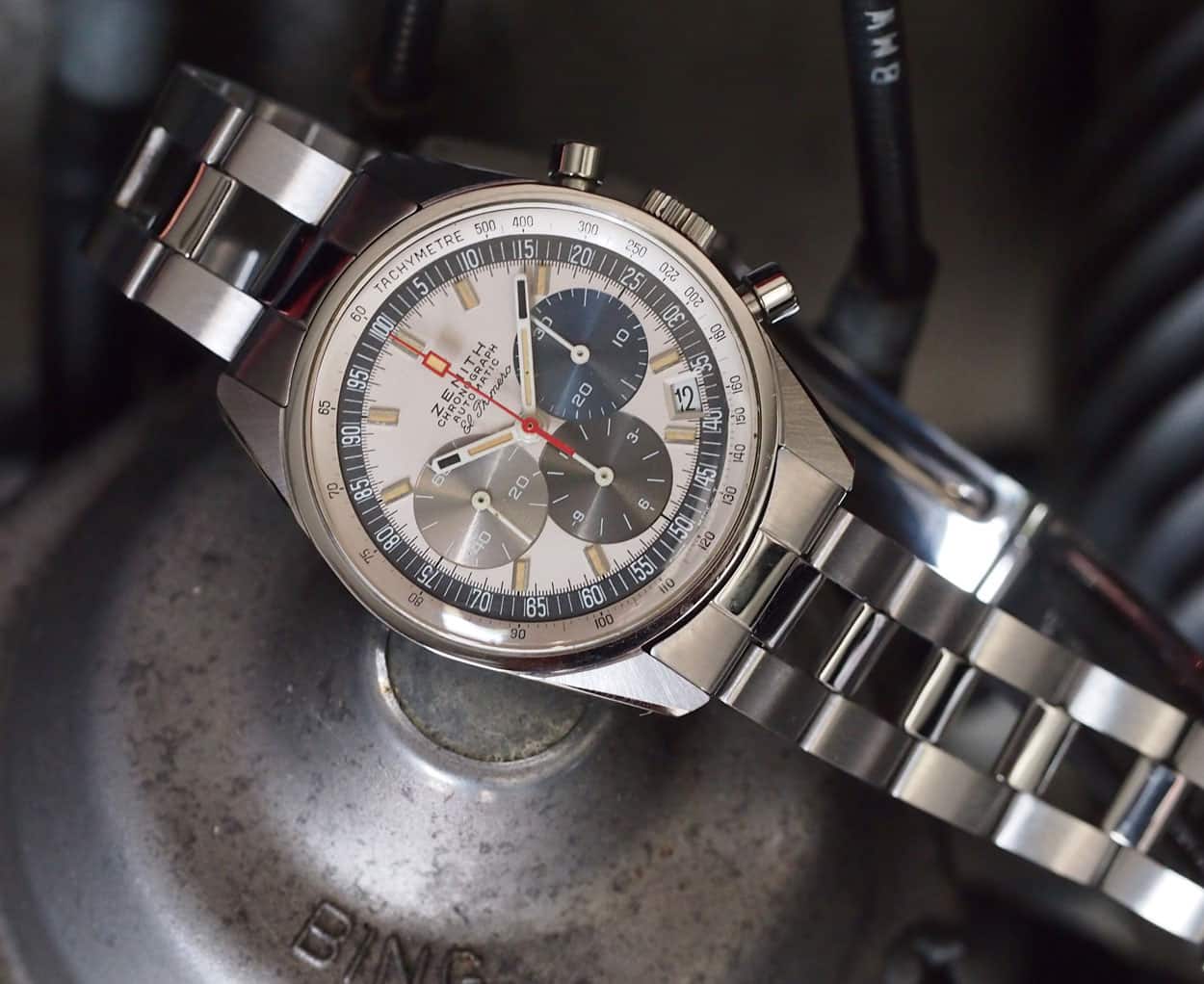 Since its debut in 1969, the Zenith El Primero movement has been known for its defining characteristics — a 36,000vph frequency and an automatic, integrated chronograph design. In fact, these specifications are so important, they truly set the movement apart from the other two automatic chronograph calibers from 1969. The Chrono-Matic/Caliber 11, developed by Heuer, Breitling, Hamilton–Büren, and Dubois Dépraz, beat at just 19,800vph and had a modular chronograph. The Seiko 6139, though an integrated chronograph, had only a slightly higher frequency at 21,600vph. In the end, though Zenith was the slowest in bringing its movement to market, the El Primero gained a reputation as the highest-spec movement amongst its competitors.

But let’s say we were to change the El Primero’s characteristic specifications. Would it still be an El Primero? Rolex put this to the test in 1988. The brand chose the El Primero movement to power the Daytona, but not without making some very significant changes to it first. After reducing its famous 36,000vph frequency to 28,800vph, the brand replaced 50% of Zenith’s components with its own, naming it the Rolex caliber 4030. So, was it still an El Primero? Zenith enthusiasts tend to say, “Yes!” Rolex enthusiasts tend to say, “Ehh, not really.” But when Zenith released the Espada in 2012, it had even Zenith’s biggest fans scratching their heads.

What it was… and wasn’t

The Espada was an El Primero. It said so on not only the dial but also on the movement itself. And indeed, the caliber 4650B inside had a lot in common with the other El Primero calibers of the time. It had perlage on its bridges, blued adjustment screws, and a silicon escapement. Like nearly all other El Primero movements, it was 30mm in diameter with automatic winding. Finally, it had the same 50-hour power reserve and a 36,000vph frequency. But it didn’t take long to notice the elephant in the room — the El Primero Espada wasn’t a chronograph. It was simply a three-hand, high-beat watch, with the time and the date.

At this point, the El Primero movement was 43 years old. Maybe it was time for a good ol’ mid-life crisis. But I don’t think anyone quite saw this move coming. After all, the Zenith El Primero was always an integrated chronograph caliber. And the 4650B movement inside the Espada was just, well, not that. Basically, it was an El Primero with a complete lack of chronograph components and simpler, redesigned bridges. Whereas the standard El Primero 400 chronograph caliber had 278 components and 31 jewels, the 4650B had just 210 components and 22 jewels. Instead of a small seconds hand at 9:00, it had a sweeping seconds hand at center. And instead of being 6.6mm thick, it was a whole millimeter slimmer, at 5.58mm in height. 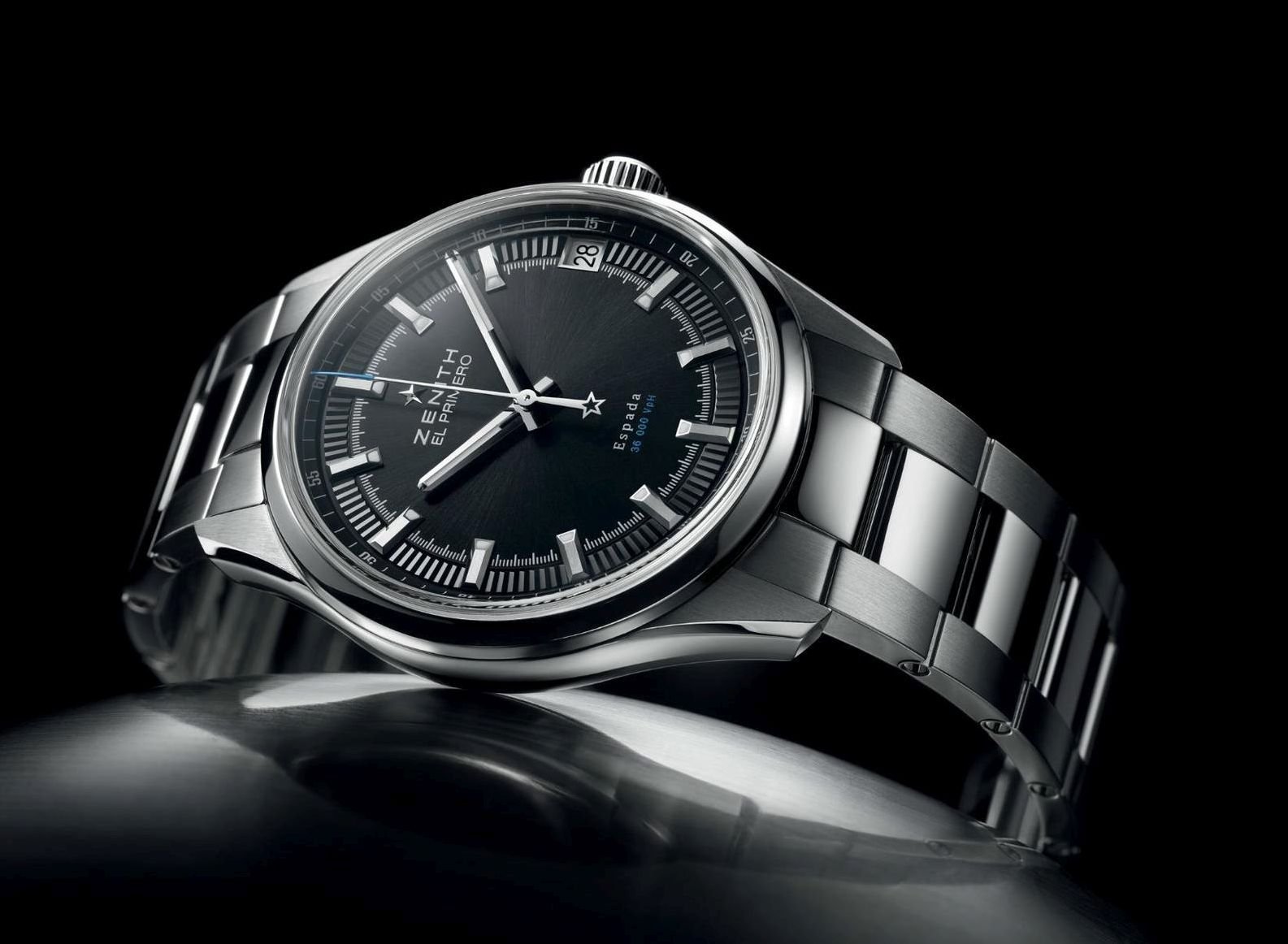 A game of tradeoffs

What the El Primero Espada lacked in chronograph functionality, it attempted to make up for in style. It featured the same handset as the chronograph El Primero, but now, the wearer could always see the buttery-smooth sweep of the center seconds hand. The tachymeter was gone, swapped for a legible outer minute track. A unique fluted ring lay beneath the diamond-polished applied indices. But even more notably, the Espada had amazing proportions. Though it featured the same 100m water-resistant case and bracelet design as the 42mm El Primero offerings of the day, it was a more modest 40mm. Instead of 50mm lug-to-lug, it was 48mm. Instead of a weird 21mm lug width, it was a standard 20mm. And instead of 12.75mm thick, it was just 11.7mm in height. At a time when Zenith did not offer the El Primero in its original 38mm size, the Espada was a goldilocks option. 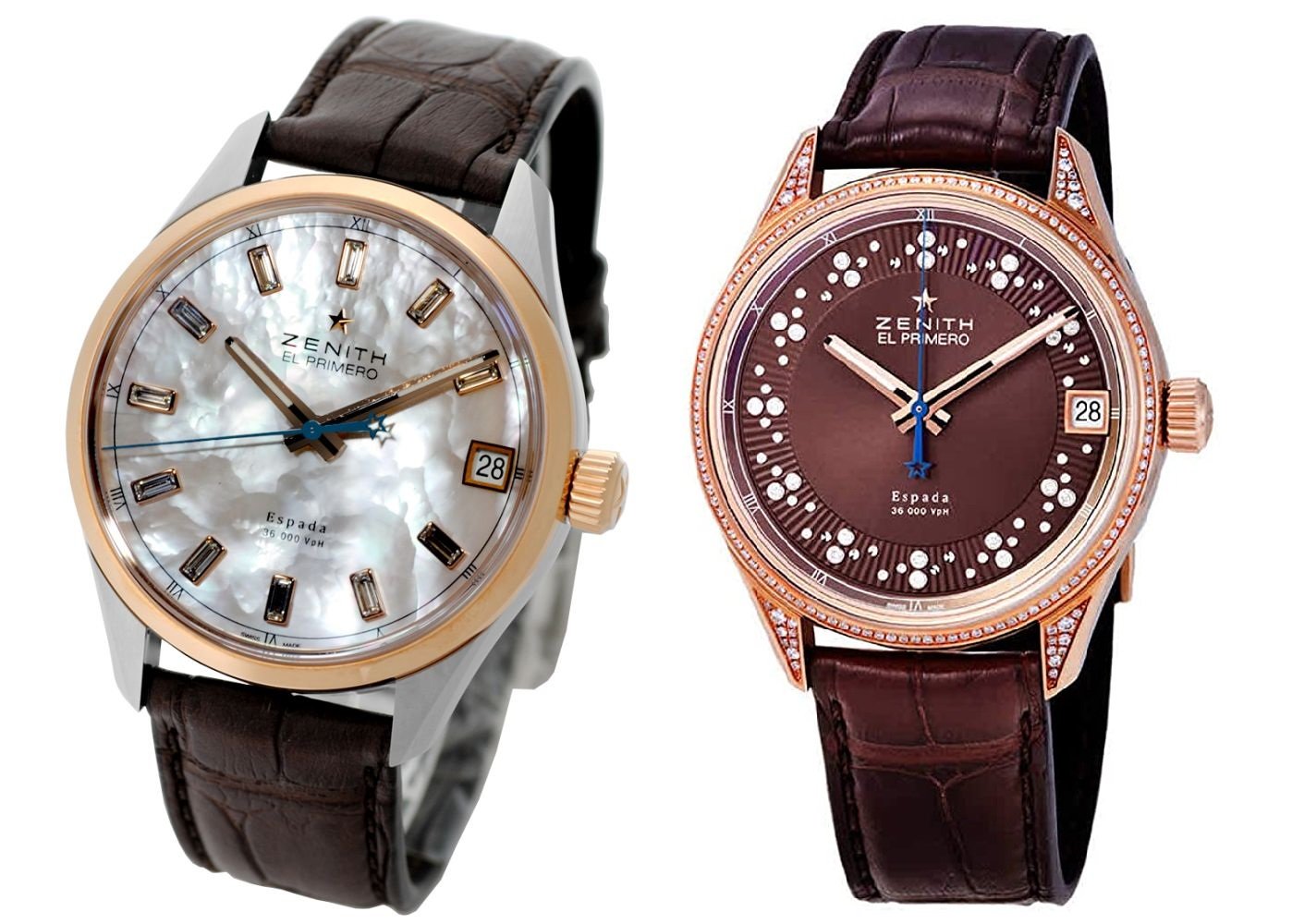 Zenith released the Espada in steel, rose gold, and two-tone variants. Black, brown, white, silver, and even mother-of-pearl dials were available, and some variants even featured diamond hour markers and diamond-set cases. And like its chronograph counterpart, it came on a choice of an alligator strap or a metal 3-link-style bracelet, both with dual-deployant clasps. In theory, it should have been a great piece. With its accessible size, casual-yet-dressy styling, ample water resistance, and famous base caliber, it “had it all.” However, even in stainless steel it also had a price tag of $6,700. And for an “El Primero” (that many simply couldn’t accept without a chronograph) this was just too much to ask. The public was simply not ready. 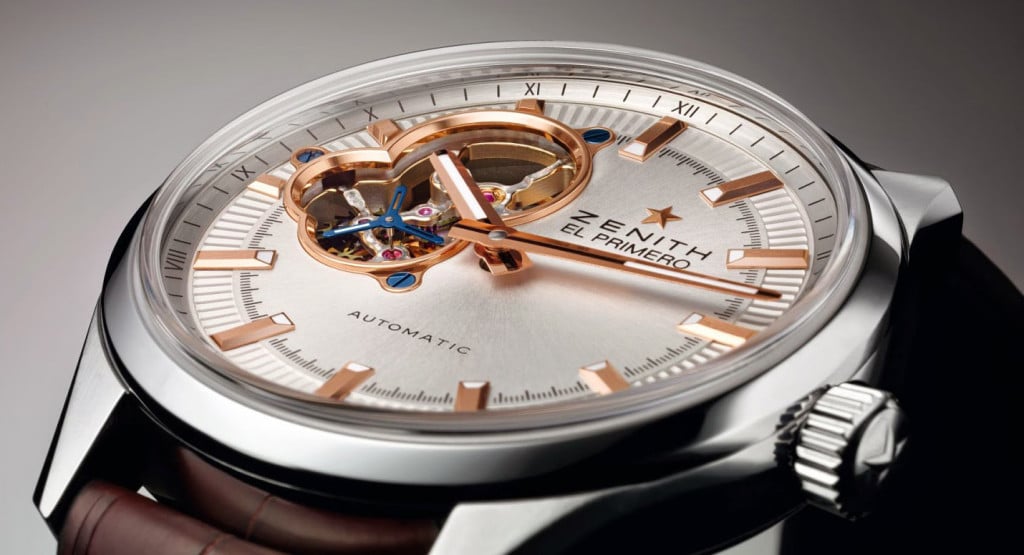 Giving it another go

Of course, the “Null Primero” Espada did find its way onto the wrists of some forgiving enthusiasts. But overall, the production overshot demand, and the watch was a flop. Watch lovers threw the Espada up for comparison to Grand Seiko’s Hi-Beat offering, which had an even higher price tag. But in all honesty, the Grand Seiko had a much more modern movement, and from its very inception, the 9S85 caliber had always been a high-beat, three-hander with a date. Some enthusiasts lamented the fact that Zenith had gone through all the trouble to change the El Primero so much, but neglected to at least add a hacking mechanism. Alas, these wishes remained unfilled. 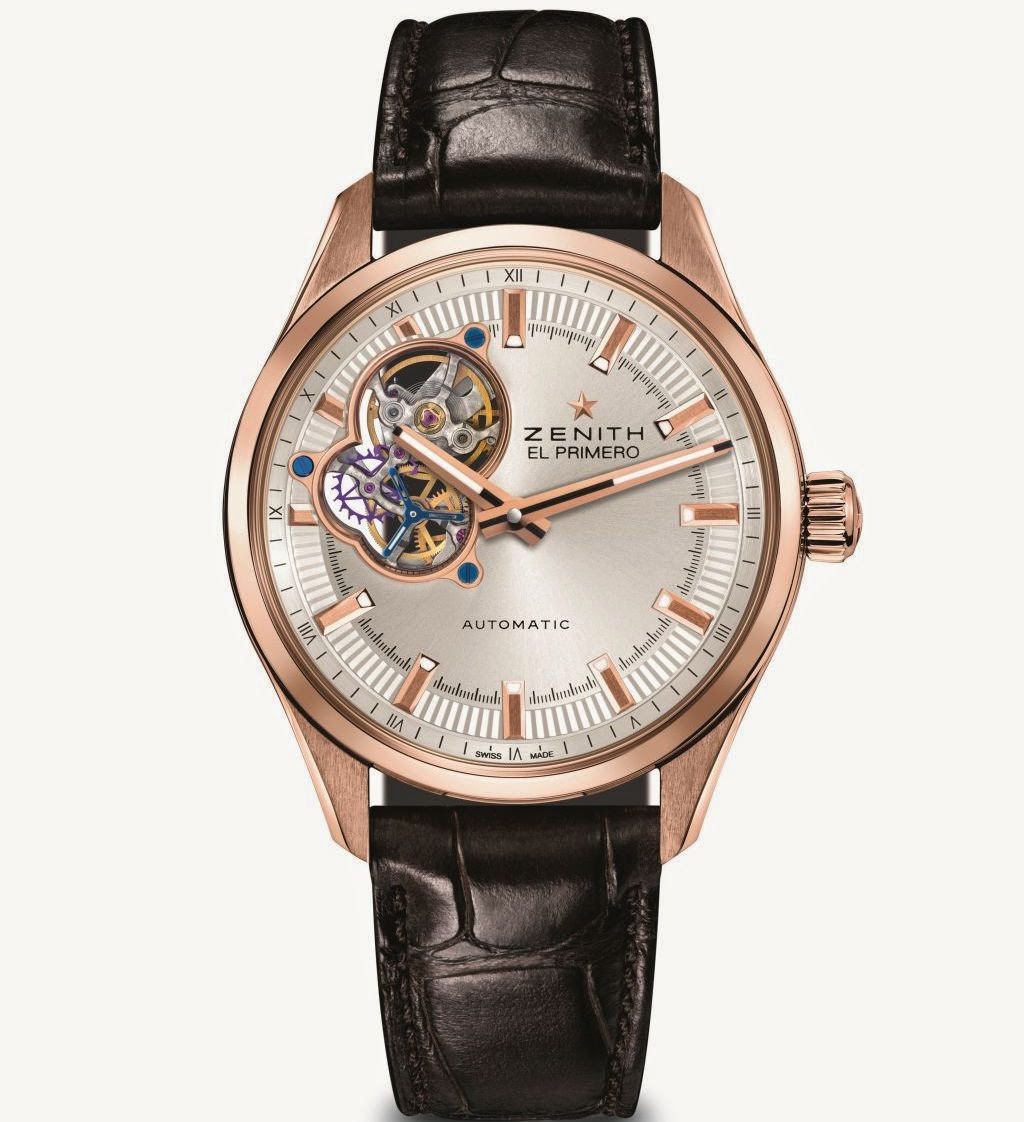 Zenith wasn’t done with the idea yet, though. In 2014, the brand discontinued the Espada, releasing it with a new display and under a new name — the El Primero Synopsis. The watch used the same open heart display as the Chronomaster Open of the time, showing off the speedy silicon escapement. It featured the even further-simplified El Primero caliber 4613, with just 19 jewels, 160 components, and a small seconds indicator at 9:00 instead of a central seconds hand.

It’s hard to say what Zenith was aiming for with this model. Sure, it featured the same awesome case dimensions and external specs as the Espada. It also had a beautifully beveled frame for the open heart display. But for many watch lovers, the execution felt like a last-ditch effort to keep the El Primero that no one asked for alive. After a short production run, the “Null Primero” Synopsis also went the way of the dodo. Zenith has not released a new, non-chronograph El Primero since. 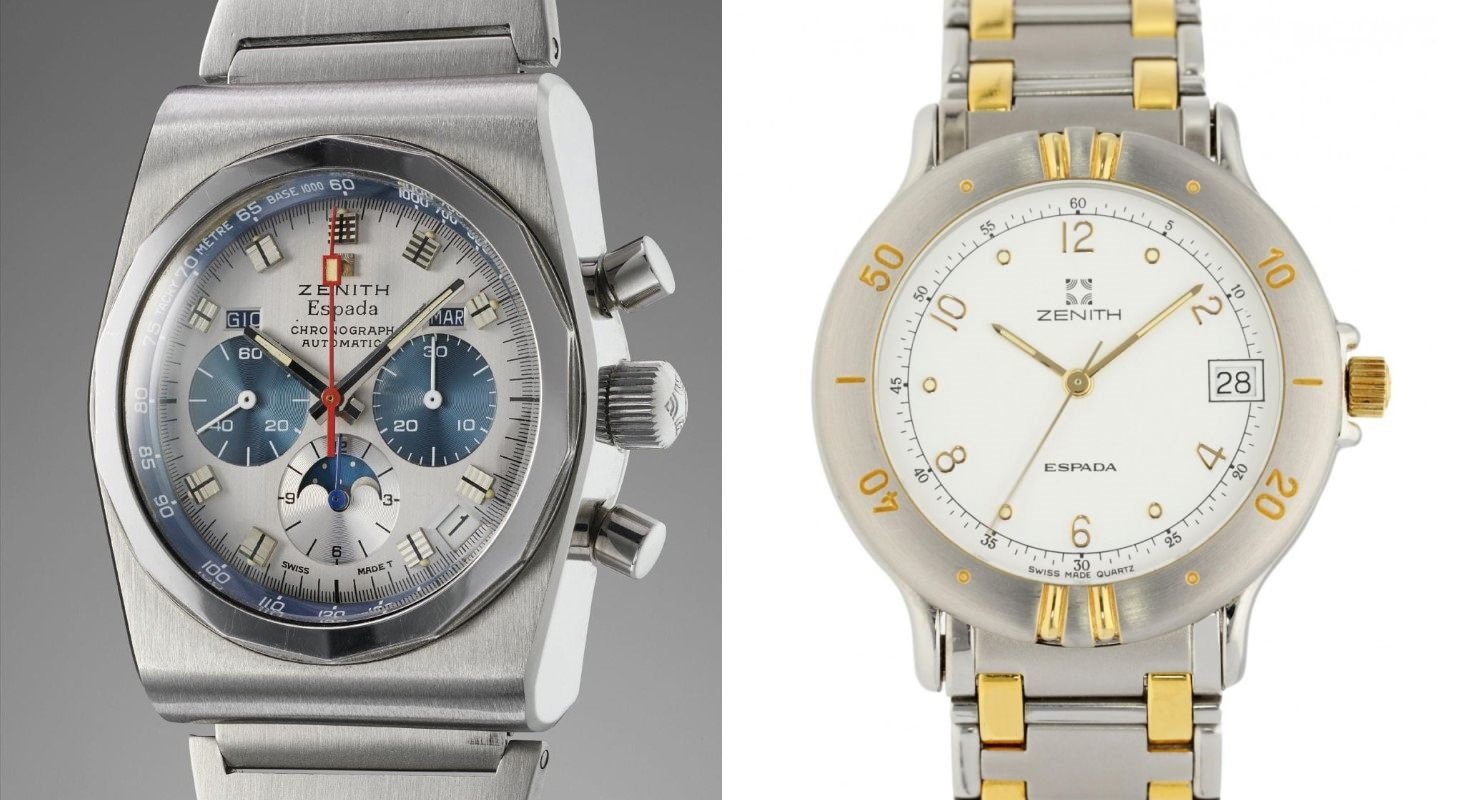 Now, I’m not a superstitious person by any means. But considering the history of the Espada even before 2012, one might conclude that it was doomed from the start. In fact, a whole 42 years prior to 2012, the Espada actually made its debut in the Zenith line as the most complex El Primero the brand offered! Not only was it an automatic, high-beat, integrated chronograph, but it also featured a triple calendar and a moonphase. Sadly, when Zenith stopped producing the El Primero in the mid-’70s, the Espada somehow morphed into a series of three-handed quartz watches, completely removed from anything resembling their highly complex predecessor.

So why try to “fix” what wasn’t broken in the first place?

While I doubt the average consumer of quartz watches in the 1970s and ’80s would’ve paid much attention to this change, it’s interesting to look back on it now. We see that for Zenith, the Espada name itself had been disassociated with any particular image long ago. Maybe using the Espada name for the 2012 model was fair game. But for decades, the El Primero itself had never strayed from its basic identity as a high-beat chronograph. In that form, it had been Zenith’s saving grace when on the brink of extinction. So why try to “fix” what wasn’t broken in the first place? 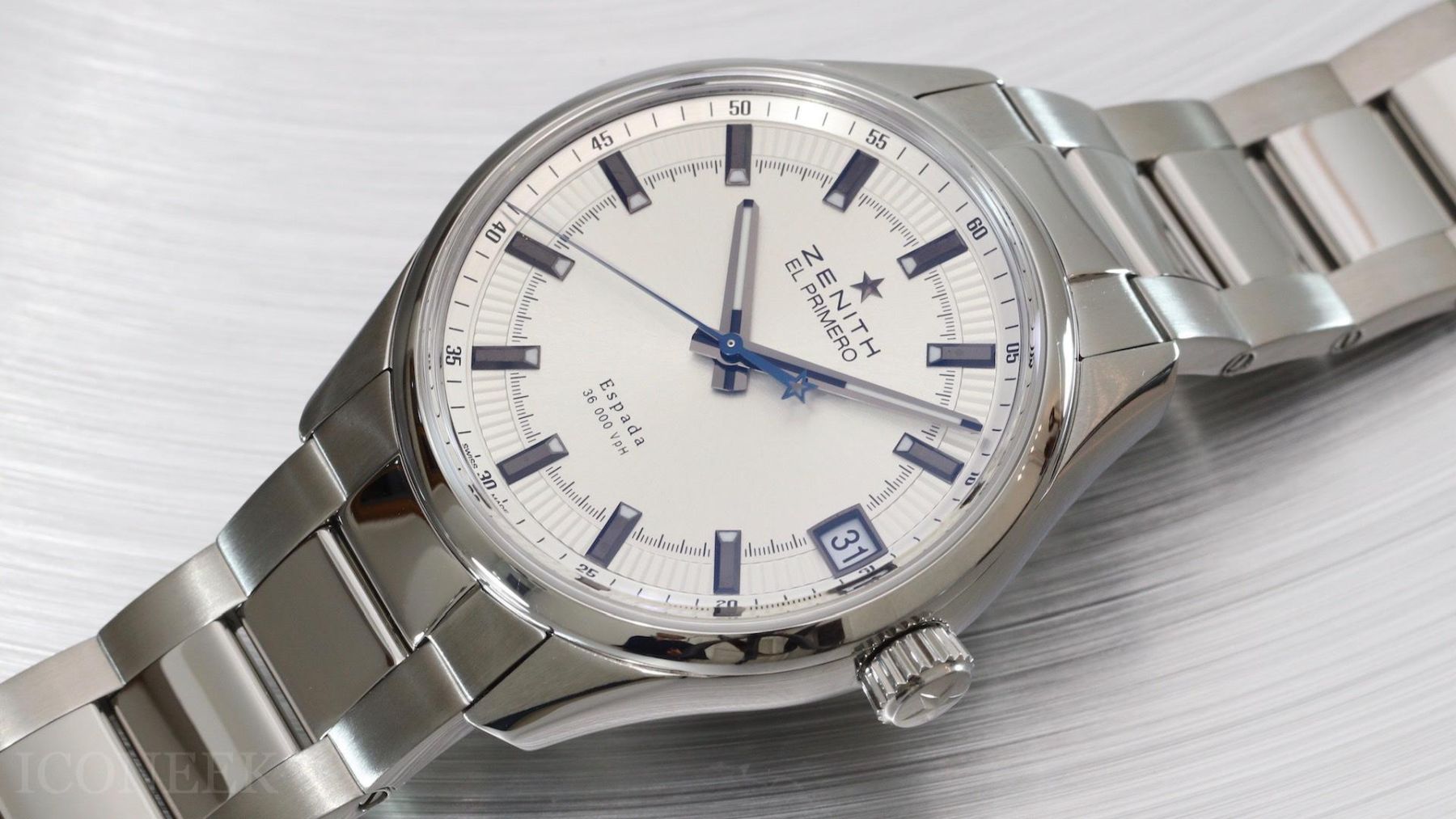 Maybe Zenith believed that the El Primero name would actually benefit the Espada and subsequent Synopsis. But I think by the time 2012 rolled around, the brand had done perhaps too good of a job at upholding the legacy of the movement. The public didn’t demand anything else from the El Primero name, especially not a time-and-date-only version. It’s interesting to think that if Zenith had given the watch and movement any other name than “El Primero,” how well the goldilocks design may have fared. In the end, I think that Zenith learned that success is a delicate balance of maintaining brand integrity and meeting your customers’ expectations.

But don’t for a second think that I’m picking only on Zenith here. We’ve seen this happen other times in the watch world. Two examples that come to mind are the 2017 Panerai Luminor Due and the 2018 Breitling Navitimer 8. When the Luminor Due came out, the Panerisiti were up in arms. The brand’s 300m water-resistant legendary dive watch had been corrupted into a high-end fashion piece with only one-tenth of the water-resistance! Though it maintained its rugged-looking crown guard, it was all for show on a watch with which you couldn’t even take a shower.

Likewise, when the Navitimer 8 came out, people were stunned in the worst way possible. Not only was it not a chronograph (as the Navitimer had always been) but it also lacked the Navitimer’s most renowned feature — the slide rule bezel! Breitling has since walked back on this name. The brand now calls the watch the “Aviator 8”. Panerai, however, continues to market and sell the Luminor Due as it is. 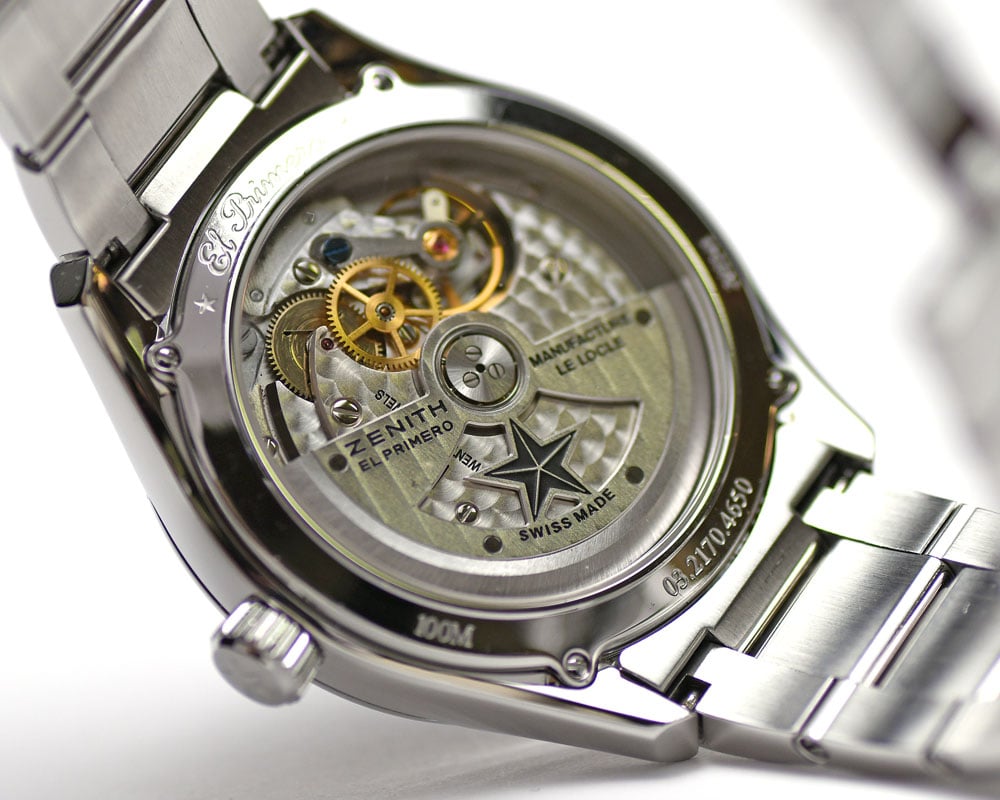 The moral of the story

I guess the point of all of this was not simply to highlight an oddity from Zenith’s recent past, but also to consider the burden that our favorite horological icons bear. How far can they depart from what they originally were, while still retaining their identities? I suppose it’s a lot like us humans. Will our personalities change so much over time, that those who knew us in the past will not in the future? And what responsibility do we have to remain who we once were? Admittedly, I think those discussions are probably best saved for another day and a different platform. But it’s interesting to think how the “life” of iconic watches, as man-made objects, may very well echo our own human experience. 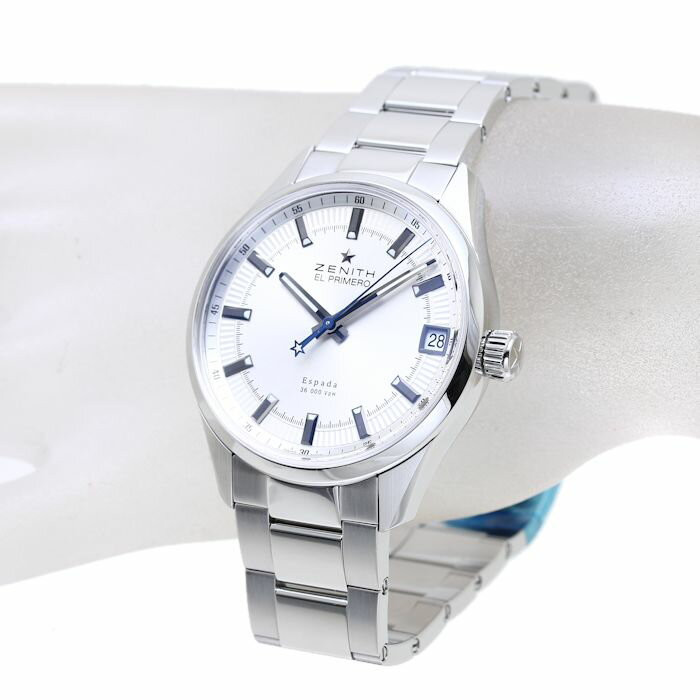 It’s not all philosophical doom and gloom, though. If you like the look, the execution, and the idea behind the Zenith El Primero Espada, I’m happy to say you’re in luck. These discontinued models now sell for an absolute song on the secondary market. In fact, the one pictured here is available at the time of writing for just €2,900! If the watch does it for you, that is not too shabby at all!

I’m interested to hear what you think of the Zenith Espada, Synopsis, and other watches like them. Were they huge mistakes, lovable anomalies, or something in between? Also, what other horological legends have suffered a crisis of identity? Let me know in the comments below. Thanks, as always, for reading!