I remember when Zenith first released the Defy 21 back in 2017. I was invited to a showcase event where many of the new watches from that year’s Baselworld. It was the first time I was able to see these watches up close and personal. I was rather excited as that year had seen a few new watches released that I was eager to see up close and personal. One of these was the Zenith Defy 21.

The Zenith El Primero Defy 21 was a big update and upgrade on the original El Primero movement from 1969. The movement’s frequency was given a bump up from 5Hz to 50Hz, in turn giving a considerable increase in timing precision from 1/10th of a second to 1/100th of a second for chronograph readings. This means that the central chronograph hand performs one complete revolution every single second. It’s quite something to see in action! I was impressed and walked away from the event with a clear winner in mind. 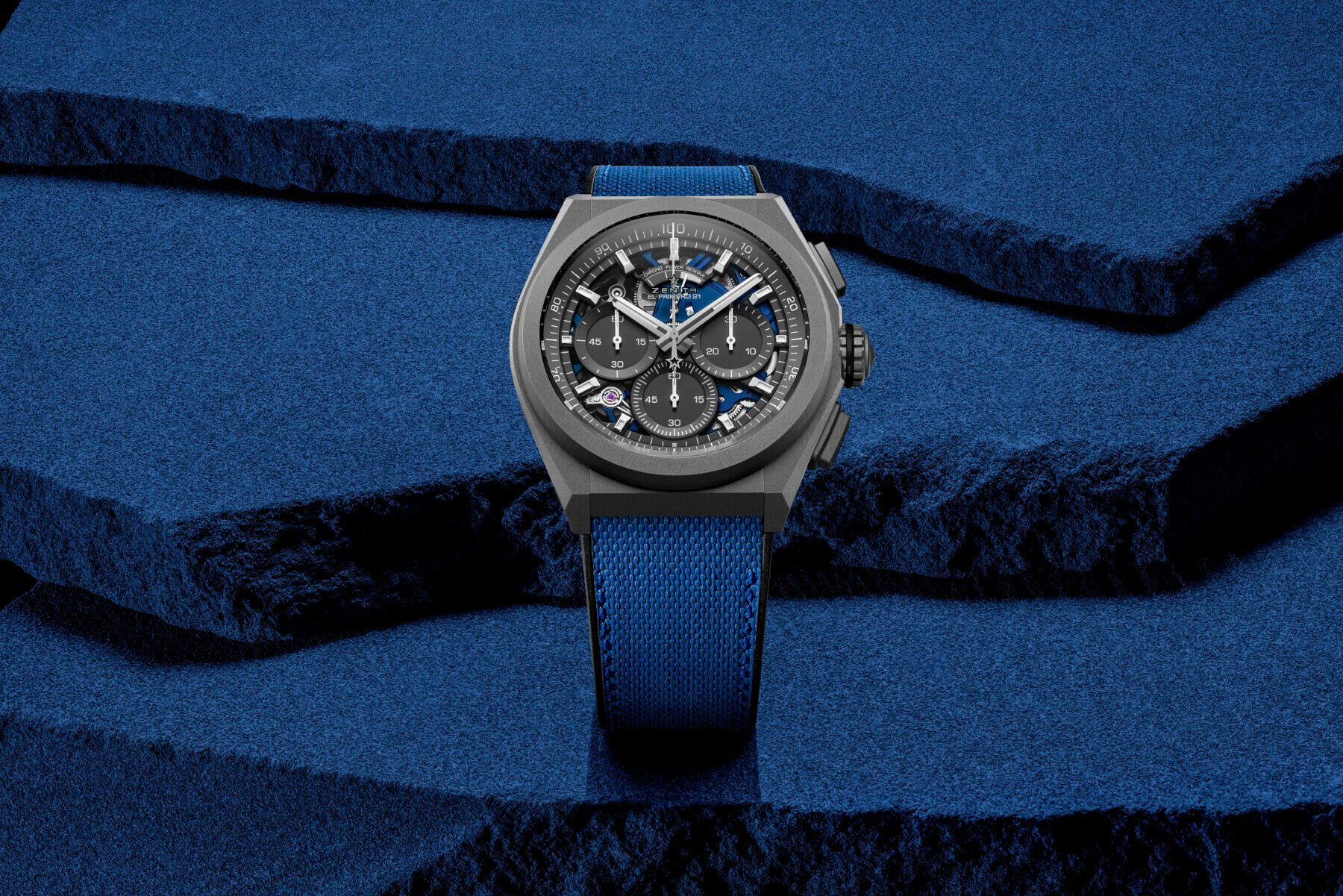 To allow for this monstrous speed and accuracy, the movement runs two escapements and two barrels to power the chronograph and regular timekeeping functions separately. You can even see the two balance wheels peeking through the dial just above and below the second sub-dial at 9 o’clock.

Why is the dual escapement necessary? Well, the meaty chronograph requires a lot of power. After all, it is working at a whopping 360,000 beats per hour. The regular timekeeping functions regulate via the regular 5Hz frequency escapement, while the 50Hz escapement controls the chronograph.  As mentioned, there are two barrels to keep the two separate escapements purring along. Combined, the twin-barrels provide approximately 50 hours of power, when the chronograph is not in use. 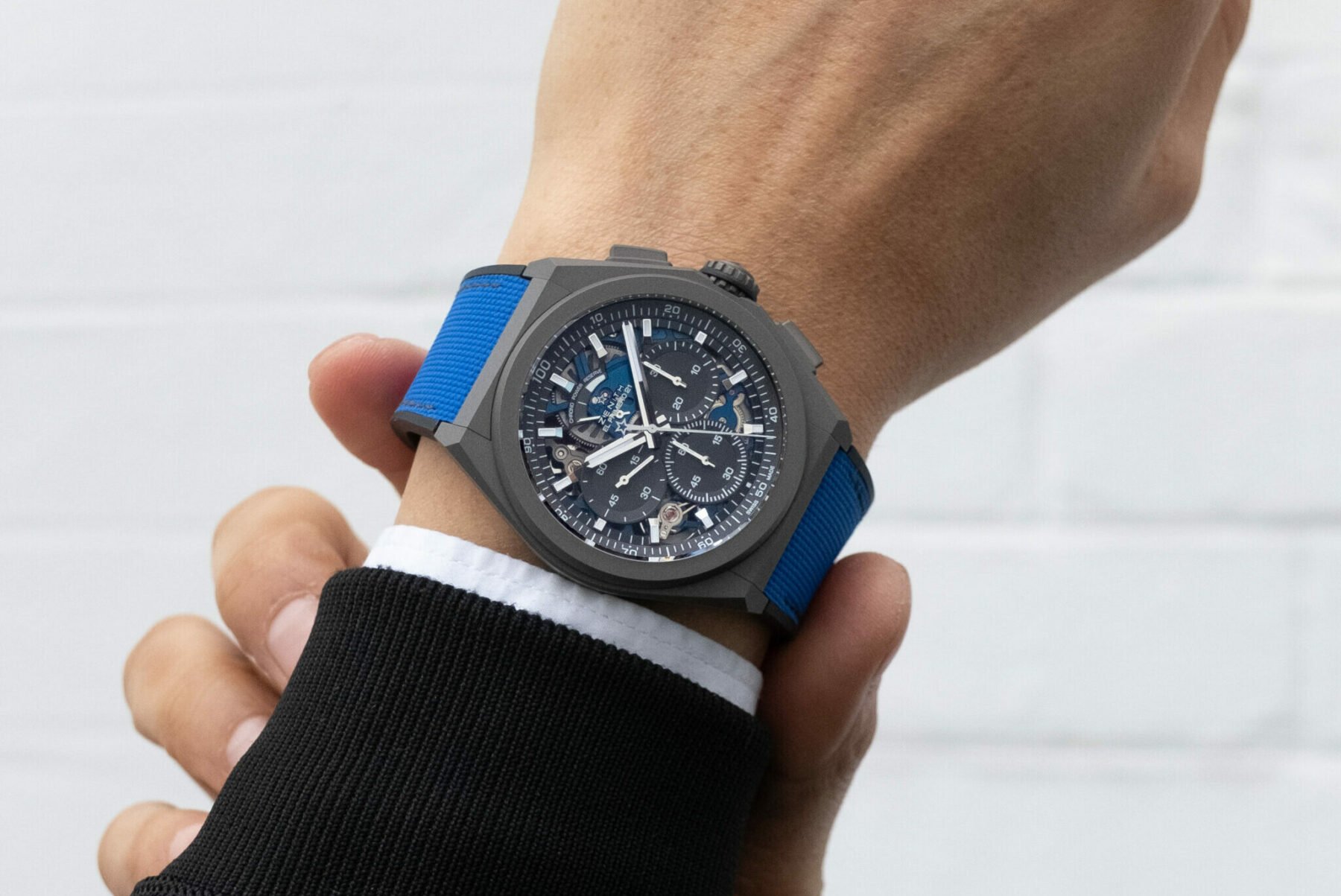 I know, why are you telling me this?

Since its release, the Defy 21 has seen various guises: ceramic, carbon fiber, and titanium cases, as well as colorful getups such as the Ultraviolet last year. With the Defy 21 Ultraviolet watch, Zenith began to explore the concept of light frequencies, translating them into colors. It was the world’s first violet-colored chronograph movement, with the colored bridges standing out against the matte sandblasted titanium case. It was pretty bold and must have been popular because now Zenith has applied the same striking effect in cool tones of deep indigo and electric blue in the new DEFY 21 Ultrablue. 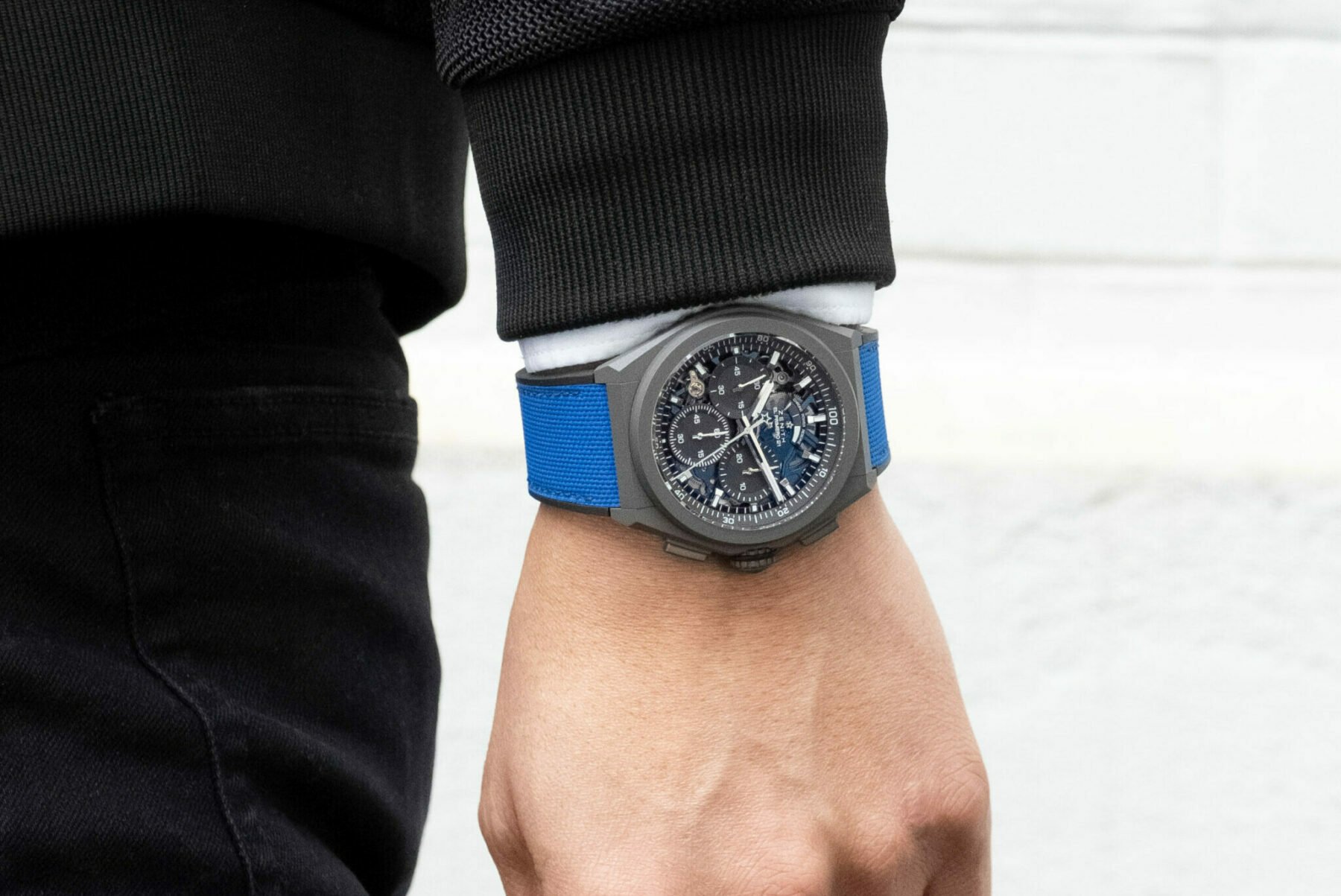 Blue holds a special place in Zenith’s history. It was one of the defining colors of the famous A386, one of the first watches Zenith equipped with the original El Primero caliber. Blue has found itself used in various other forms throughout Zenith’s history — my favorite iteration being the blue ceramic Defy Skeleton, a watch I’ve lusted after for some time!

The partially skeletonized dial features Zenith’s signature overlapping chronograph sub-dials. The dark grey finish perfectly matches the 44mm matte sandblasted titanium case. The star of the show is the vivid blue movement. The blue bridges offer a visual contrast against the case and sub-dials. Finally, the rhodium-plated hour markers sit floating above the movement. The depth created by the arrangement further complements the futuristic look of the DEFY 21 Ultrablue. For the lume-lovers among us, there is Super-Luminova on the hands and hour markers, which allows for low-light legibility. 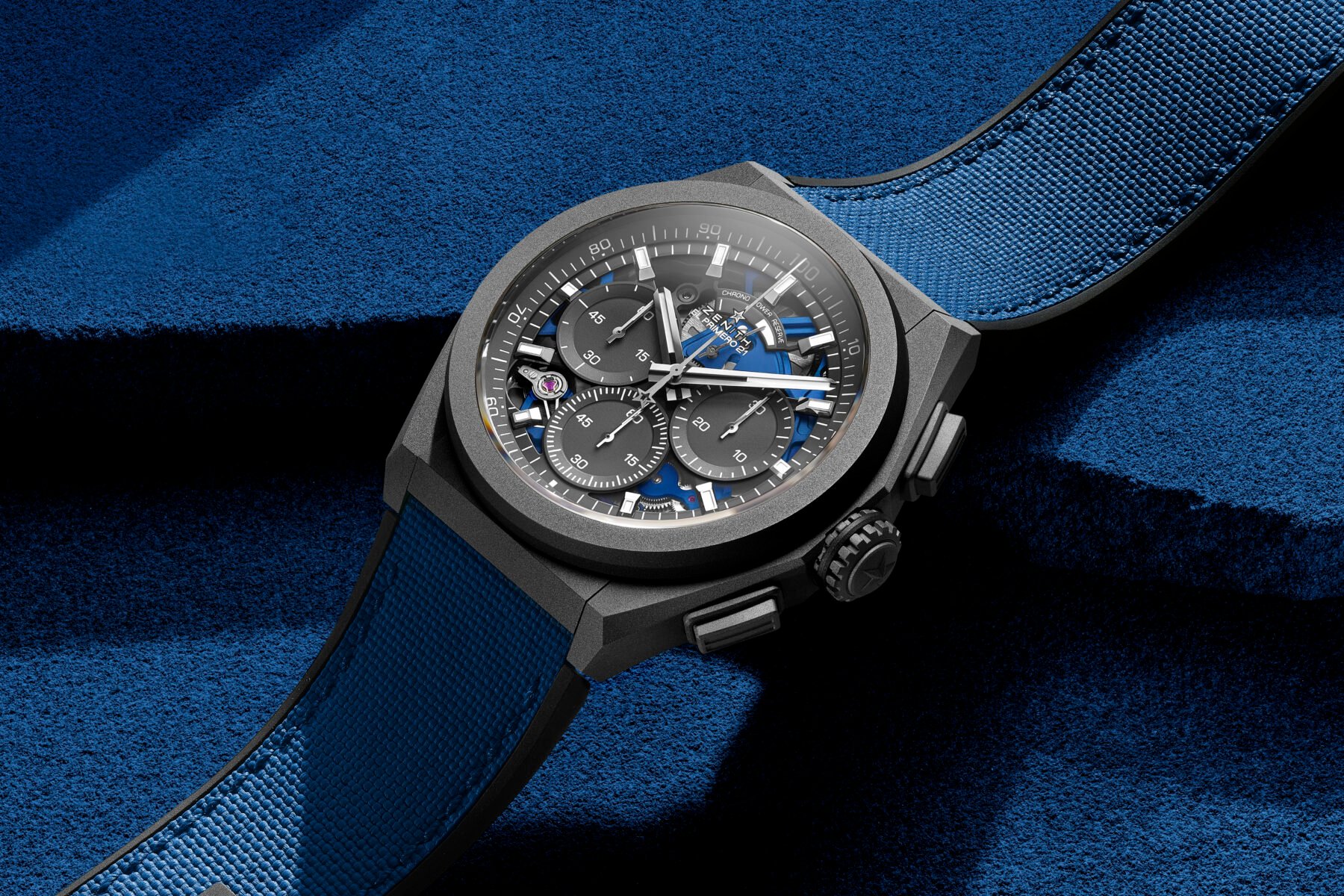 The black rubber strap features a blue Cordura-effect rubber insert with tone-matching stitching. This adds another pop of color and also matches the blue bridges of the movement. In all, this is a rather nice-looking watch and probably my favorite Defy 21 so far. I like a bit of color on my watches. While it’s not guaranteed to be a hit with everyone, it does an excellent job keeping the Defy 21 fresh.

The Zenith Defy 21 Ultrablue will be available at Zenith Boutiques around the world and its regional online boutiques from March 2021. I expect pricing to be in line with the Defy 21 Ultraviolet, so around €13,000. Find out more about Zenith here.