The 2021 Formula One World Champion Is… Max Verstappen!

What a season! The 2021 Formula One season may go down as one of the most competitive campaigns in its over-70-year history. Not since 2012 have two opponents from opposing teams taken it down to the final race. With Lewis Hamilton of Mercedes-AMG and Max Verstappen of Red Bull Racing tied on 369.5 points apiece, everything was to play for in Abu Dhabi. The only advantage was that Verstappen had more wins under his belt for this year. In a thrilling battle under the lights of Yas Marina, Max Verstappen came out on top in a thrilling battle. Verstappen is now crowned the F1 World Champion for the first time and marks Red Bull’s first driver’s championship since 2013. But what watch was Max Verstappen wearing on his wrist in 2021?

Before we get ahead of ourselves, 2021 is unlike any previous season in the hybrid era. What is meant by the hybrid era? Since 2014, a 1.6L V6 turbo with battery recovery powers each car on the grid. This hybrid setup of electric and internal combustion replaces the pure ICE of 2.4L V8s from 2006 to 2013. As of next season, the hybrid engine will officially have a longer term than the V8 engines had. Many fans agree, however, that the engine tone was most iconic during the 3.0L V10 era from 1995 to 2005. Back in the current age, the vacuum cleaner-sounding engine has been most potent in the Mercedes since 2014. Seven championships have come Mercedes’s way — six with Hamilton and one with Nico Rosberg in 2016. This year, Red Bull was the closest a team has come to mounting an actual charge against Mercedes. 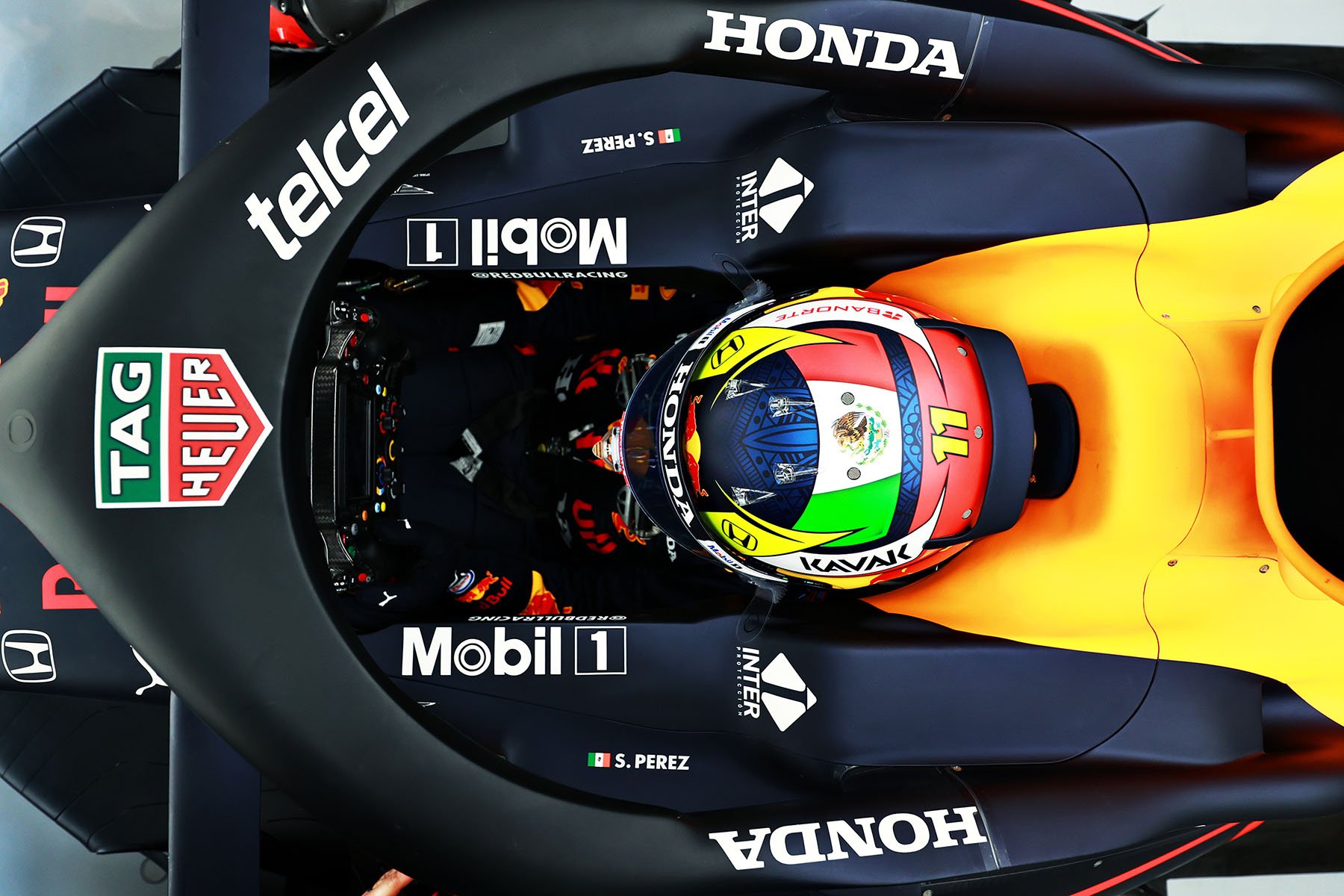 How did the Formula One season unfold?

The season began reasonably amicably. Verstappen won here; Hamilton won there. It was enthralling, but there was a sense of sportsmanship in the first half of the season. The gloves well and truly came off at Silverstone. The British Grand Prix hosted the first F1 sprint race, which determines the grid positions by conducting a mini-race without mandated pit stops. It’s not my favorite new format, as it spoils the main event on Sunday, but it only took place in three races this season. Verstappen got the best of Hamilton in the sprint. But all it did was demonstrate to Hamilton where he could attack Verstappen during the opening lap of the race. Neither driver would yield, and Hamilton drew first blood, taking out Verstappen on lap one. He was correctly penalized, but such was his pace, Hamilton was able to claw his way back into first.

The subsequent big tussle occurred at Monza. Weirdly, this was the second sprint race weekend where additional points are on offer for first, second, and third only. In my view, this was a weekend where Verstappen came into it far too hot-headed. After a frustratingly slow pit stop, Verstappen found himself on the same piece of tarmac as Hamilton. In wanting to retake his lead, Verstappen went hard into the first chicane, ran wide, and hit the sausage curb, launching him on top of Hamilton, taking both cars out of the race. Since these two moments, every battle between these two has been on a knife-edge. The driving standards have been on another level, but no punches were pulled when they were close. 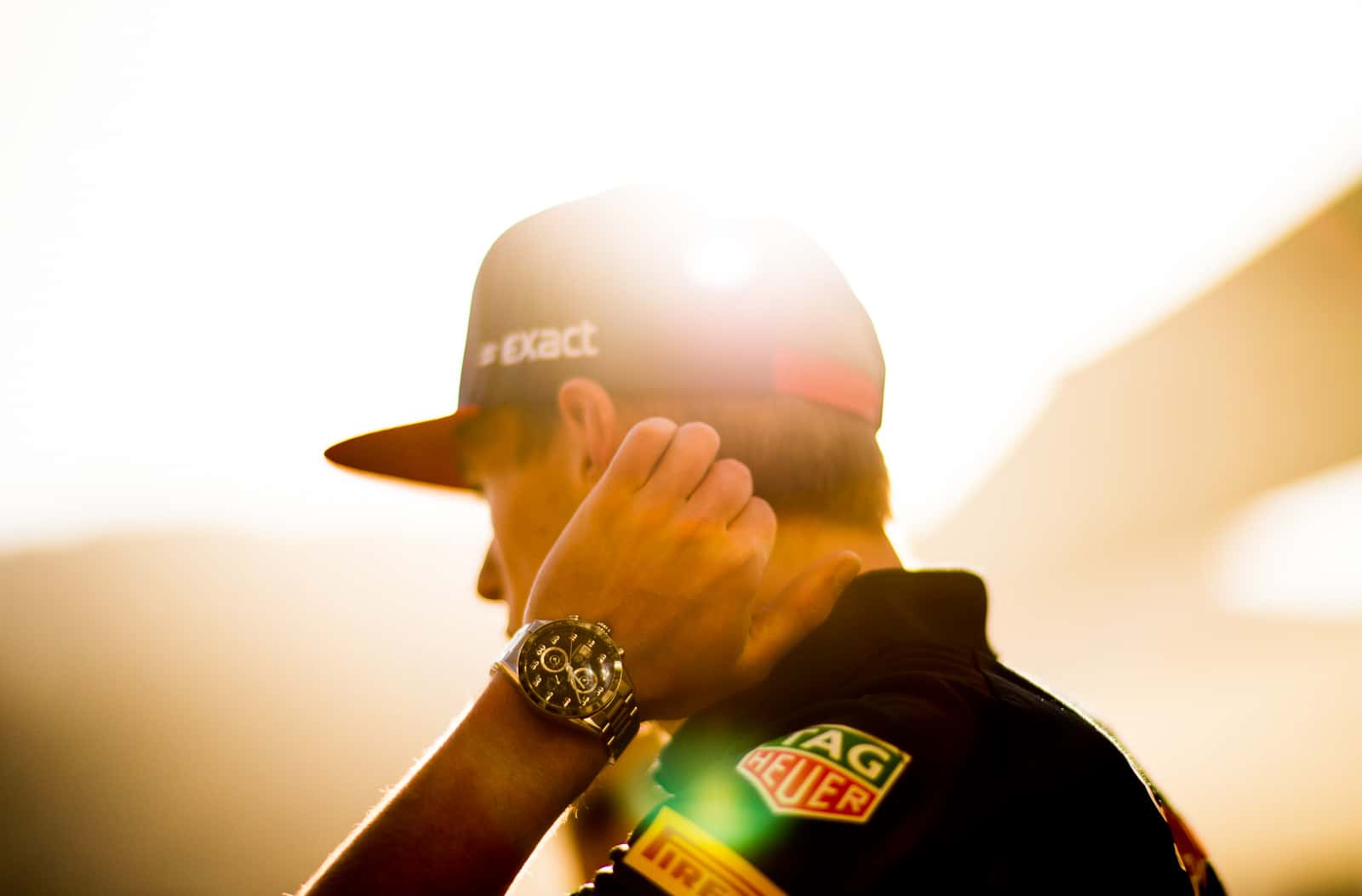 It all came down to the final race

It spilled over during the inaugural race in Jeddah, Saudi Arabia. In all honesty, the tight, narrow street track was formidable, and overtaking came down to win-it-or-bin-it. Verstappen pushed his luck, but when trying to allow Hamilton to pass after a contentious overtake, Hamilton inexplicably crashed into the back of him. Later on, it turns out Verstappen had braked sharply when told to give the place back. But why Hamilton didn’t just overtake him even if he wasn’t told by his team still baffles me. The result in the penultimate race set up a titanic final with both drivers going in with equal points.

The showdown under the setting sun delivered the goods and capped off an incredible season. The new layout of the Abu Dhabi track began with controversy. Verstappen lost out on the start but was able to slipstream Hamilton on the first straight of lap one. Verstappen made the move and stayed on track, but Hamilton veered off and cut the corner. The controversy came in that Hamilton did not give the place back to Verstappen, despite the Dutchman being ahead at the apex. The stewards determined no investigation was necessary so it was all to play for on the track. Red Bull did some brilliant teamwork driving from Perez by keeping Hamilton at bay after his stop. But it was Verstappen pitting under the safety car after the Williams of Latifi crashed, that gave him the soft tire advantage and took him to victory. 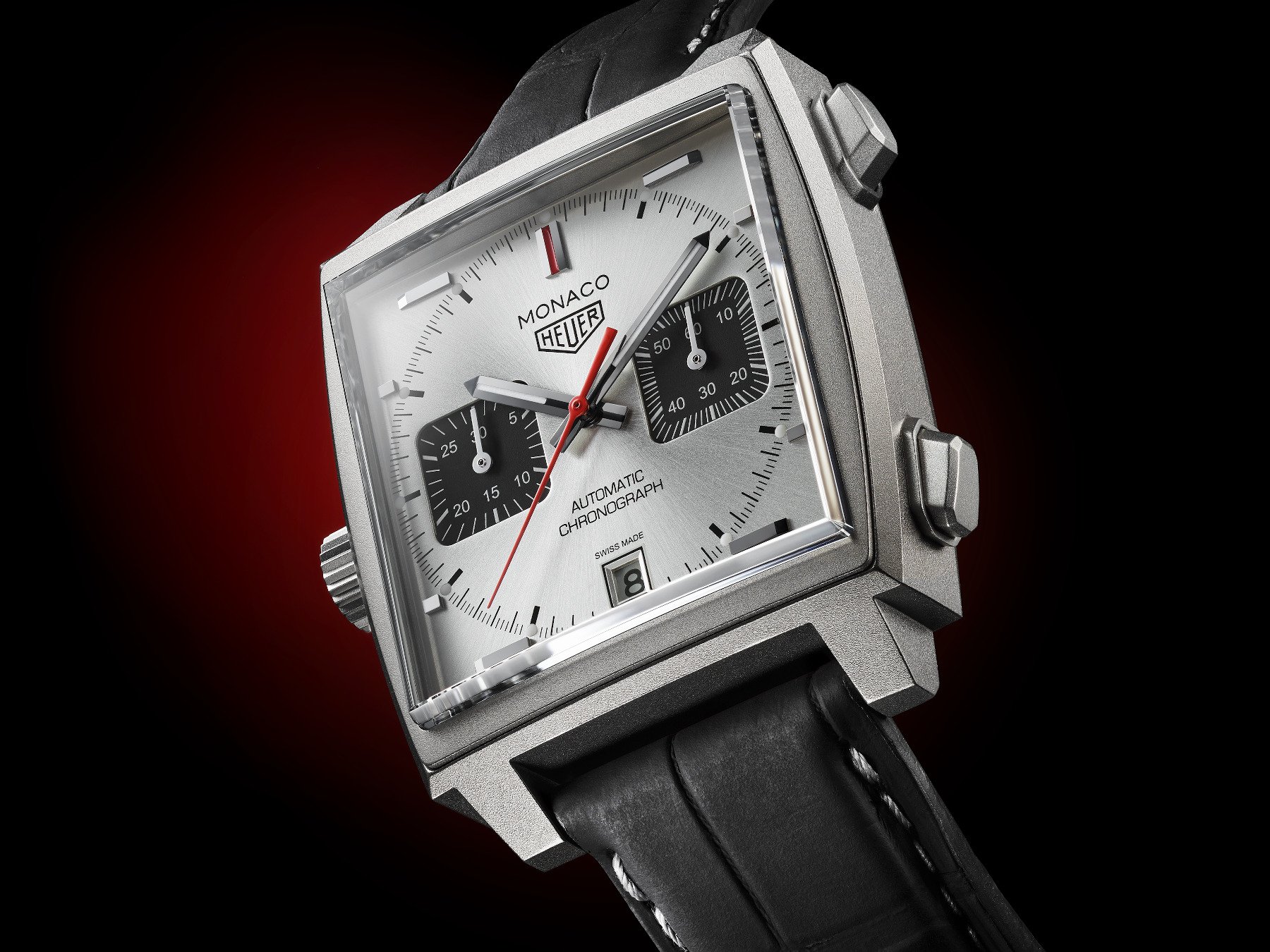 So back to the opening paragraph — what watch was Max Verstappen wearing on his wrist? This year, Red Bull extended its timing sponsor TAG Heuer until 2024. This partnership began in 2016, which I went into more detail in my F1 Sponsorship article. Seemingly, Verstappen has access to many watches from the TAG Heuer catalog. But for the majority of the year, Verstappen elected to wear the new 2021 Monaco Titan. This watch comes with a strong racing pedigree from its time in the ’70s motorsport paddock and on the wrist of a movie star Steve McQueen. Yet, the watch did not qualify for The Fast And The Fratelli contest due to lacking the tachymeter scale. But with its panda dial, striking red central chronograph seconds hand, and squared-off sub-dials, the Monaco Titan suits racing overalls.

The addition of the titanium case makes it lightweight and wearable as Verstappen chats to media and strategizes with the team in the pitlane. Typically, drivers do not wear watches in the cockpit. However, Felipe Massa wore his Richard Mille when he suffered a knockout by debris and sustained a high g-force impact. Massa was injured, but the watch was unperturbed.

Verstappen prominently wore the Monaco Titan on his wrist as he celebrated on the podium. Which is worth its weight in gold for TAG Heuer, who no doubt invest in F1 if only for one moment in the spotlight.

This sets up an enticing 2022 season, which sees slight amendments to the car to focus on less downforce and closer running. We will see how it pans out after the winter break, but if we’ve learned anything from history, it’s that cream rises to the top.