There’s something about watches that makes them truly remarkable things. But I’m not talking about their mechanical complexity or their ability to stay relevant in our increasingly digital world. I’m also not referring to their immense staying power in a society obsessed with disposable things. I’m alluding to the fact that all watches have a story. You may have forged the story yourself through years of ownership. Likewise, it may stem from the time you spent working toward a special watch or perhaps a special occasion that you bought it to commemorate. But even when you buy a used watch and you’re unaware of its past, you can rest assured that there’s always a story. And today, on this Father’s Day, I’ll share the story of my dad’s watch.

Now, objectively speaking, it’s not the most remarkable of watches. It’s not a Rolex, a Patek, or even a mechanical watch. But all that doesn’t really matter, especially not when there’s a story and an emotional connection behind it. On that note, there’s something about Seiko that almost transcends the snobbishness that can exist in the luxury watch industry at times. It’s a brand that is universally accepted as special. Even the most obscure references garner some degree of admiration. What this comes down to, exactly, is a question for another day. It is, however, something worth keeping in mind, especially as the watch central to this story is somewhat of an oddball Seiko from the 1980s known as the 7T24. 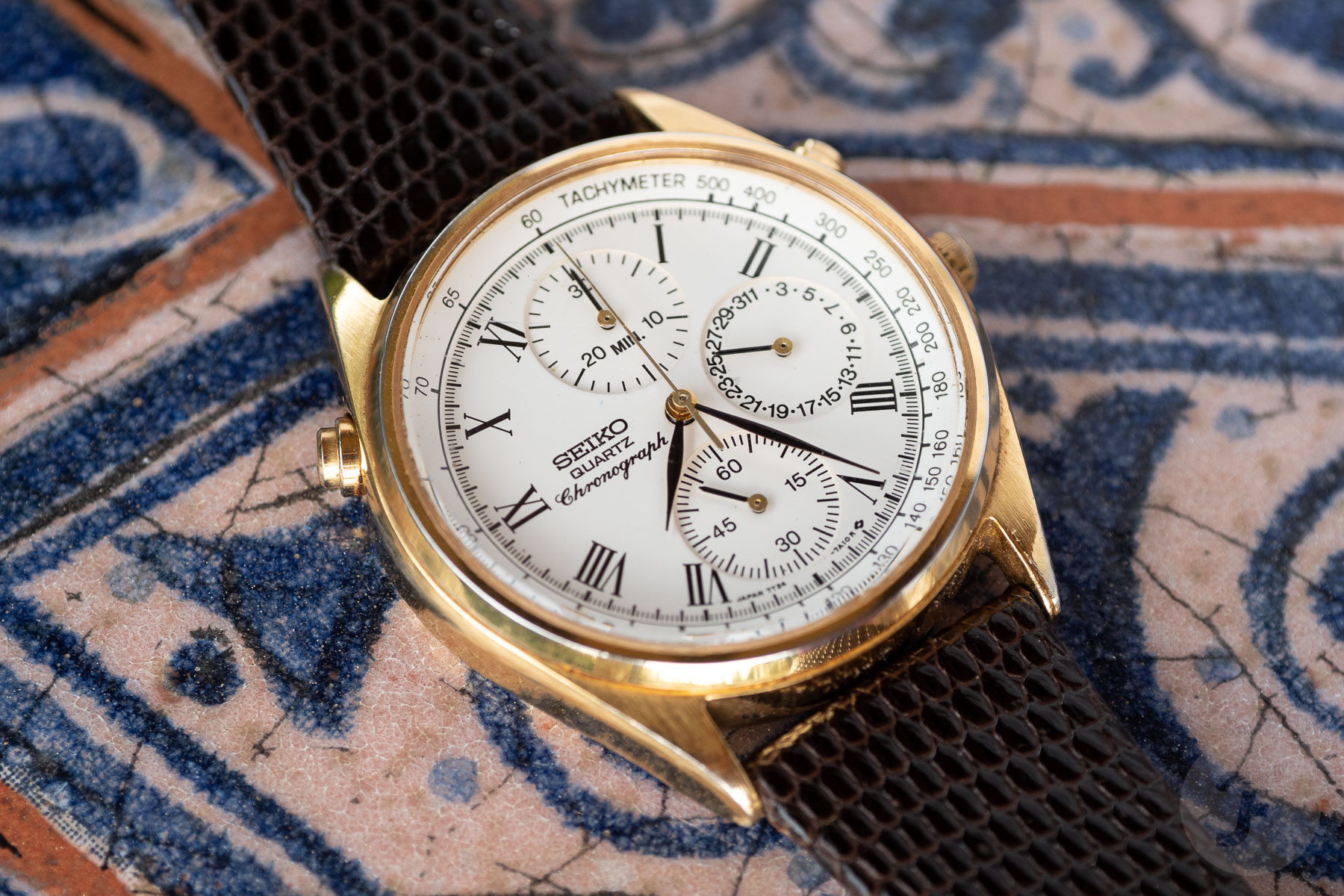 A watch with a story

Let’s turn the clock (or watch) back to December of 1989. My parents were not yet married at this time. In fact, they hadn’t really even taken their first steps away from student life and into their professions. But what lead to these first steps, in the case of my mom, was going through the challenge of passing a series of exams called oposiciones in Spanish. These exams are mandatory for anyone who wants to work in the public sector, and they are extremely difficult. They offer a rather desirable position to those who work hard enough to pass them, and that is to become a public officer or funcionario. In the final months of 1989, my mom passed her exams, and to rest after months of 10-hour study days, she decided to head to the Canary Islands.

For those of you who are not aware, the Canary Islands are a series of islands off the western coast of Northern Africa. These are officially Spanish territory and are also a common holiday spot for many people from Europe. Nowadays, they are known for their beautiful nature, the delicious bananas grown there, and, more recently, a pretty significant volcanic eruption that took place on the island of La Palma. Back in 1989, however, my mom headed to the piece of land three islands east known as Gran Canaria. Back then, these islands were also famous among mainland Spaniards as a place to buy electronic devices at a greatly discounted price (compared to those found in the Iberian peninsula). This also included watches.

From island to mainland — my dad’s Seiko 7T24 Chronograph

It was while she was there that my mom decided to spend some of her savings on a gift for my dad. Her pick was a lovely Seiko 7T24 wristwatch. The watch cost her 14,000 pesetas (the pre-euro Spanish currency), which translates to about €84. This is not adjusting for inflation, which would be an equivalent of about €150–200 today. That’s not an insignificant amount to spend before you’ve even received your first salary. But as you might imagine, these were also the first steps in a relationship that has now lasted more than 30 years. She picked up the watch at a small shop owned by a family from India in the old part of Gran Canaria. After the holiday, she brought it back for my dad, who wore it over the next decade before it ended up in his watch box for even more years to come. 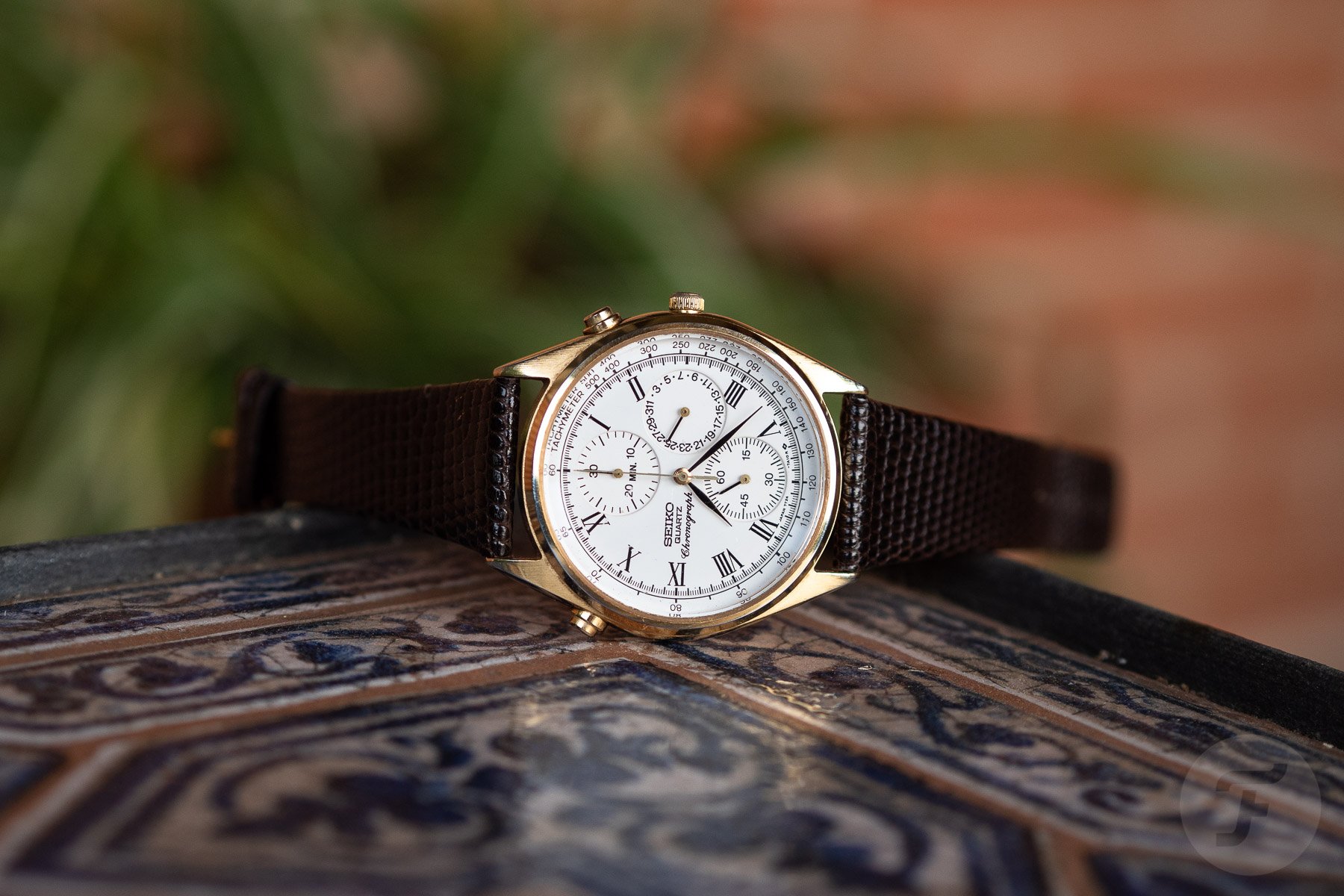 The watch is a Seiko 7T24. With a gold-plated case and a rather intricate dial with both a calendar and a chronograph complication, it’s not a bad-looking watch. And considering the fact that it was well-loved and worn often, it’s in pretty decent shape today. However, there was a good reason why the watch remained in a box for the last decade or so. Inside, the watch’s movement had some issues, and the battery had also died a long time ago. In the meantime, my dad was perfectly happy wearing a number of other watches, but he never got rid of this rather sentimental and special Seiko. After all, it’s a memento from a time just before he would marry the woman that bought it for him. 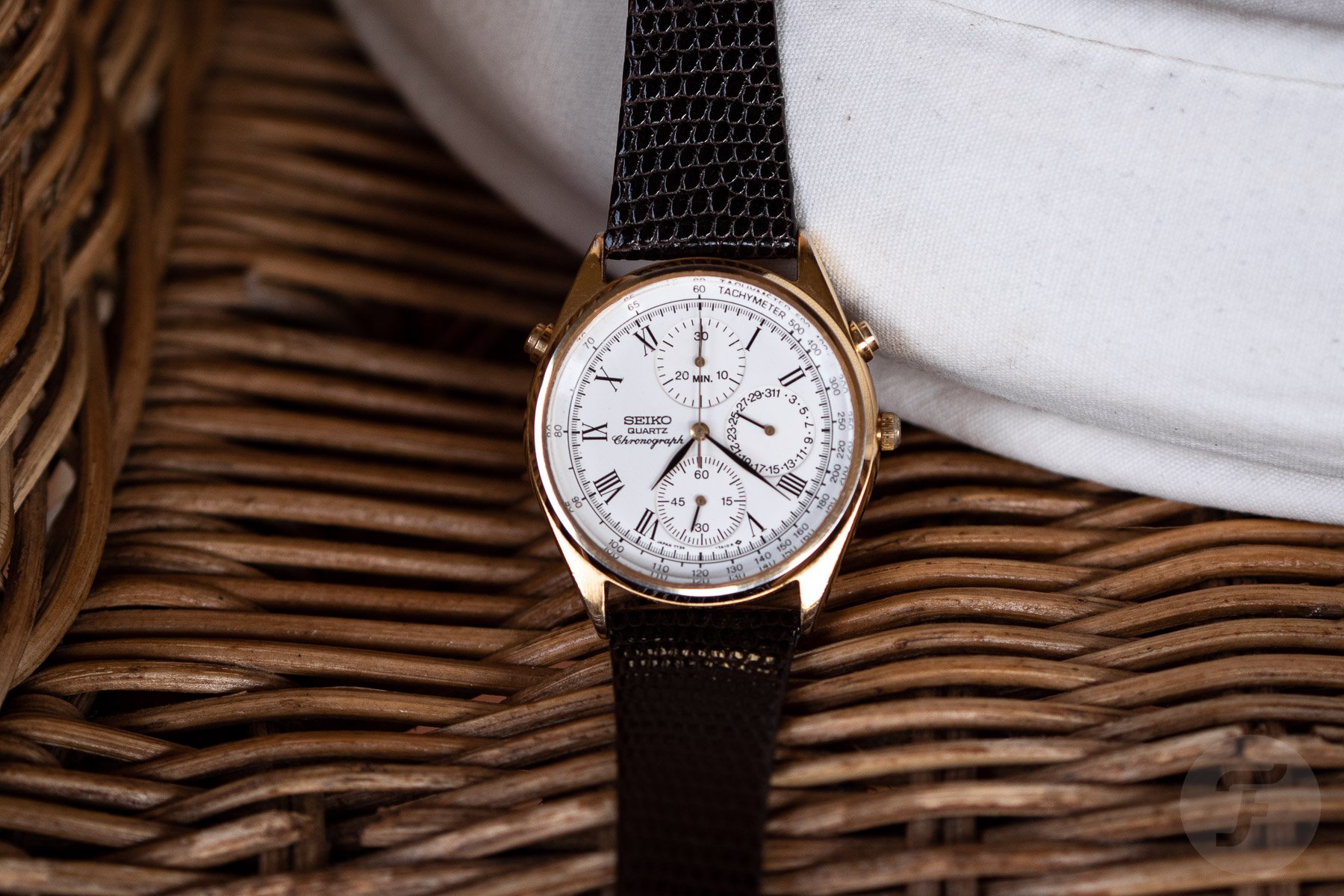 Bringing the watch back to life

In recent years, as my passion for watches started to blossom and began snowballing into what it is today, a little bit of it found its way to my dad. He started to look at watches and even began looking through his own collection. Eventually, he came back to the Seiko, which was no longer running after all those years. The old orange leather strap on it was also worse for wear. But after a trip to a local watchmaker, who reportedly had to do quite a bit of work on the old quartz movement just to get it running, the watch was working again. With a little bit of sleuthing on eBay, my dad even managed to get his hands on a perfectly fitting NOS JB Champion lizard strap for the watch.

However, not all that glitters is gold. After speaking with him about the watch recently, it seems that the movement has stopped once again. So, the mission continues. And though the watch made quite the comeback (on my dad’s wrist for the celebration of my parent’s 30th wedding anniversary last year), it will have to go back to the workbench and maybe even receive a donor movement. For now, though, I hope you enjoyed the story of this watch — how it came to be my dad’s and how it came back after many years. If you speak to your dad today and he also wears an old watch, ask him to tell you its story (if you haven’t already)! You never know, you might be in for a treat. 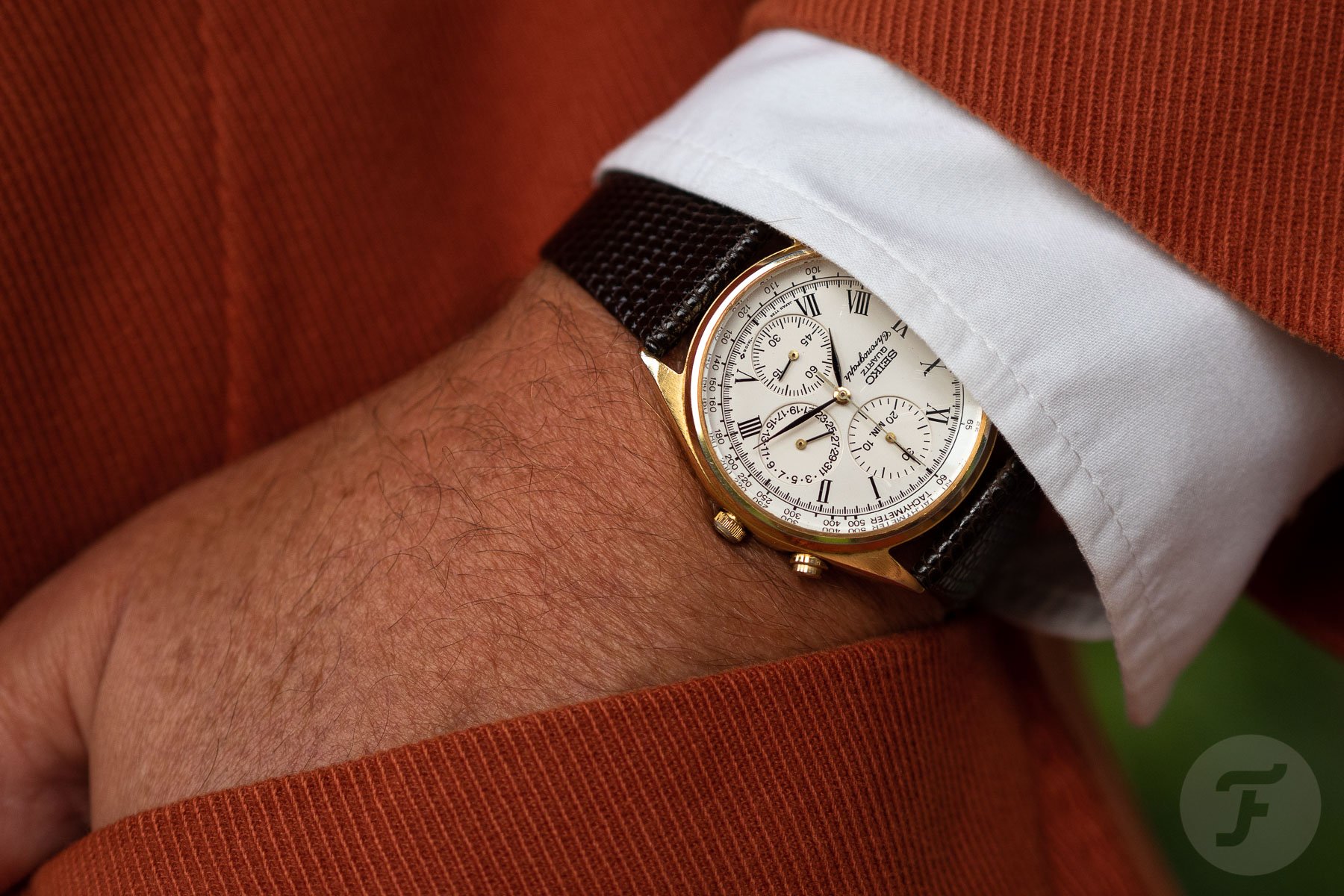 Happy Father’s Day to all you fathers out there. I hope you enjoyed reading the story of my dad’s Seiko 7T24. If you want to read another story of a very special watch in my family, you can check out the article I wrote about my mom’s Swatch here. And remember, all watches have a story. Even when you feel like your watch does not, you might just be in the process of writing it yourself.

As always, I want to hear from you guys. Do you have any stories like this? Whether it’s your own watch, your father’s, your grandfather’s, etc. Share them with us in the comments below.