A New Hi-Beat Movement For The Grand Seiko SLGH002

Grand Seiko is introducing a new version of their Hi-beat movement, the 9SA5. And what better way to do it than in an over-the-top gold Grand Seiko limited to 100 pieces only?

At least Grand Seiko now has our (and your) attention with this new reference SLGH002 with a retail price of €45,000. Besides the awesome looks of the 44GS case and the use of gold, what is it that makes it so special?

For Grand Seiko’s 60th anniversary, the brand has created a beautiful watch that looks like the 44GS design from 1967 and they’ve made it of 18K yellow gold. If that’s not impressive already, Grand Seiko also uses this (relatively) small batch of limited edition watches to introduce something pretty important. The new Grand Seiko Hi-beat caliber 9SA5 movement. Let’s have a closer look at this unusual caliber. 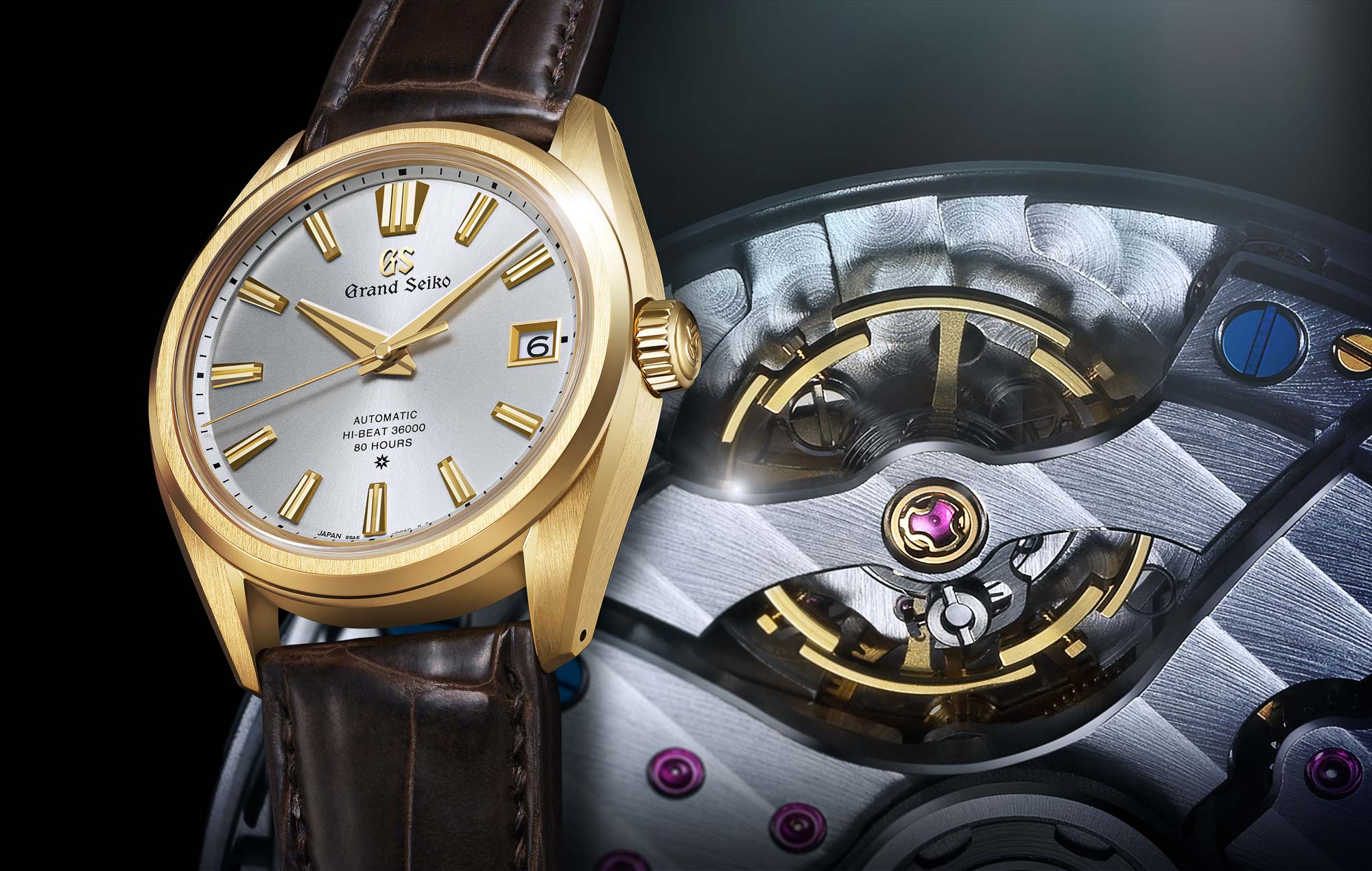 Grand Seiko has a long history with high beat movements (or hi-beat, as they call their own 36,000vph movements). In 1969, the brand introduced its first hi-beat movement in its 61GS model. The 9S caliber was been introduced much later, in 1998. But not as a Hi-Beat. That debuted (again) in 2009,  as the 9S85. In 2014, the 9S86 was released. It was based on the 9S85 but with a GMT complication. The main reason to go for a Hi-Beat movement is the better accuracy that can be achieved (especially during shocks).

This comes at the expense of the power reserve and the longevity of movement components (due to the higher workload). Grand Seiko compensates for that potential shortfall by using special materials for the mainspring (SPRON610) and the MEMS technology for creating an escape wheel and pallet fork that are lighter and smoother, resulting in better performance. An interesting break-down of the 9S85 movement can be found here on the website of The Naked Watchmaker. 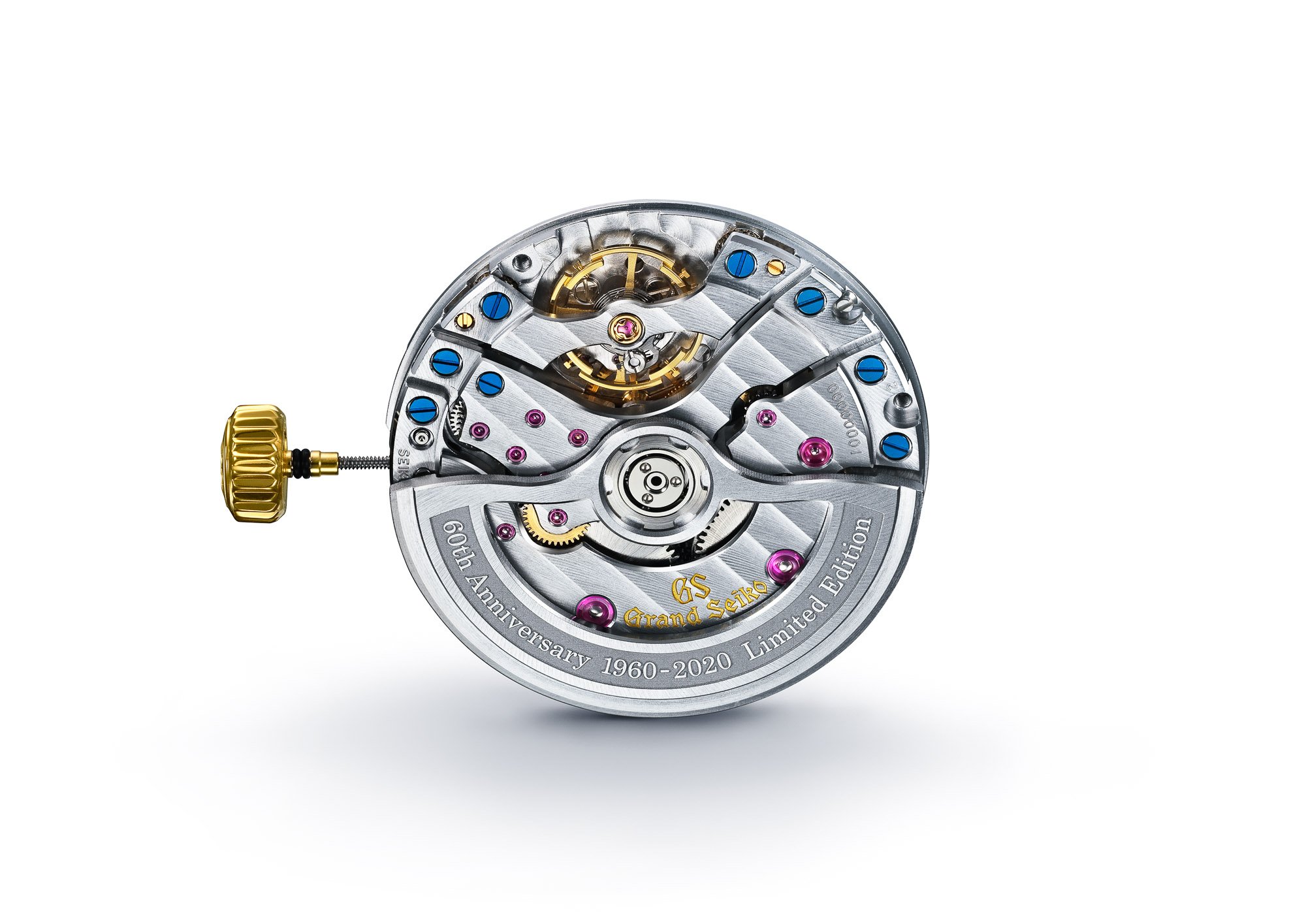 So far, so good. But the current 9S Hi-Beat movements do come with a slight disadvantage. They’re quite thick. I have a Grand Seiko SBGJ201 (read my article on my personal watch here), and it isn’t a thin watch by any means. Enter 9SA5. According to Grand Seiko, it is the best mechanical movement they’ve created to date. Since Grand Seiko is known to be very modest (to say the least) when it comes to promoting their own watches, it is quite a bold statement, even when considering they are talking about the best Grand Seiko mechanical movement (and not in general).

The Hi-Beat caliber 9SA5 has a number of cool features that make it the best Grand Seiko mechanical movement, for sure. For starters, it is thin. It is 5.18mm thick (the diameter is 31.6mm). That’s 15% slimmer than the brand’s current 9S Hi-Beat movements. This is achieved by using a special, super-flat gear train.

It also offers an instant date change at midnight.

Also interesting is that the Grand Seiko 9SA5 movement offers 80 hours of power reserve, using two barrels. That’s significantly more than the (approximately) 55 hours of the current 9S Hi-Beat movements. That’s not all when it comes to new features. It also offers an instant date change at midnight. My own Grand Seiko with caliber 9S86 doesn’t change date instantly at midnight but, rather, needs an hour in advance. It’s not something I care about too much, but an instant date change is always nice(r) to have. 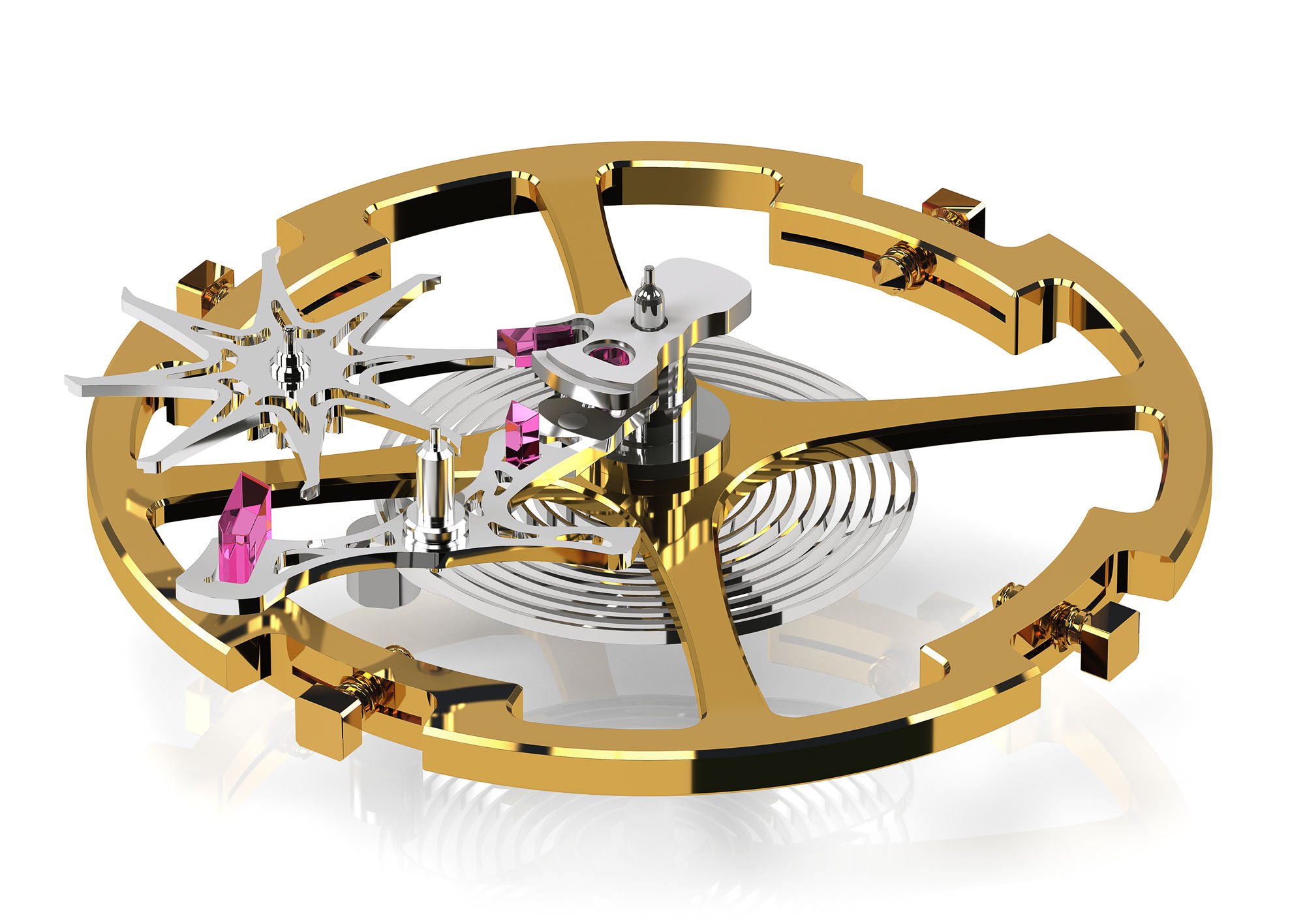 The biggest technological innovation, though, is Grand Seiko’s Dual Impulse Escapement. Some people compared it to the Co-Axial escapement, and I get the association, but it is quite different. The concept of the Co-Axial is two escapement wheels on one axis. The Dual Impulse Escapement has one. The similarity between these two escapement mechanisms is in the impulse given in two directions. In one direction the power is transmitted directly to the balance while in the other direction it is via the pallet fork.

But the Direct Impulse Escapement is new and developed in-house by Grand Seiko. This new escapement ensures the wheel transmits energy directly to the balance, increasing efficiency. Interestingly enough, the concept of this type of escapement has been tried and tested before, by highly respected watchmakers such as George Daniels (indeed the inventor of the Co-Axial). He came up with the theory for a Double Impulse Chronometer Escapement but never realized it in a wristwatch. Additionally, Charles Frodsham devised the Double Impulse Chronometer Wristwatch. It is this escapement mechanism that is the biggest achievement in this new Grand Seiko Hi-Beat movement, and it should not go unnoticed. 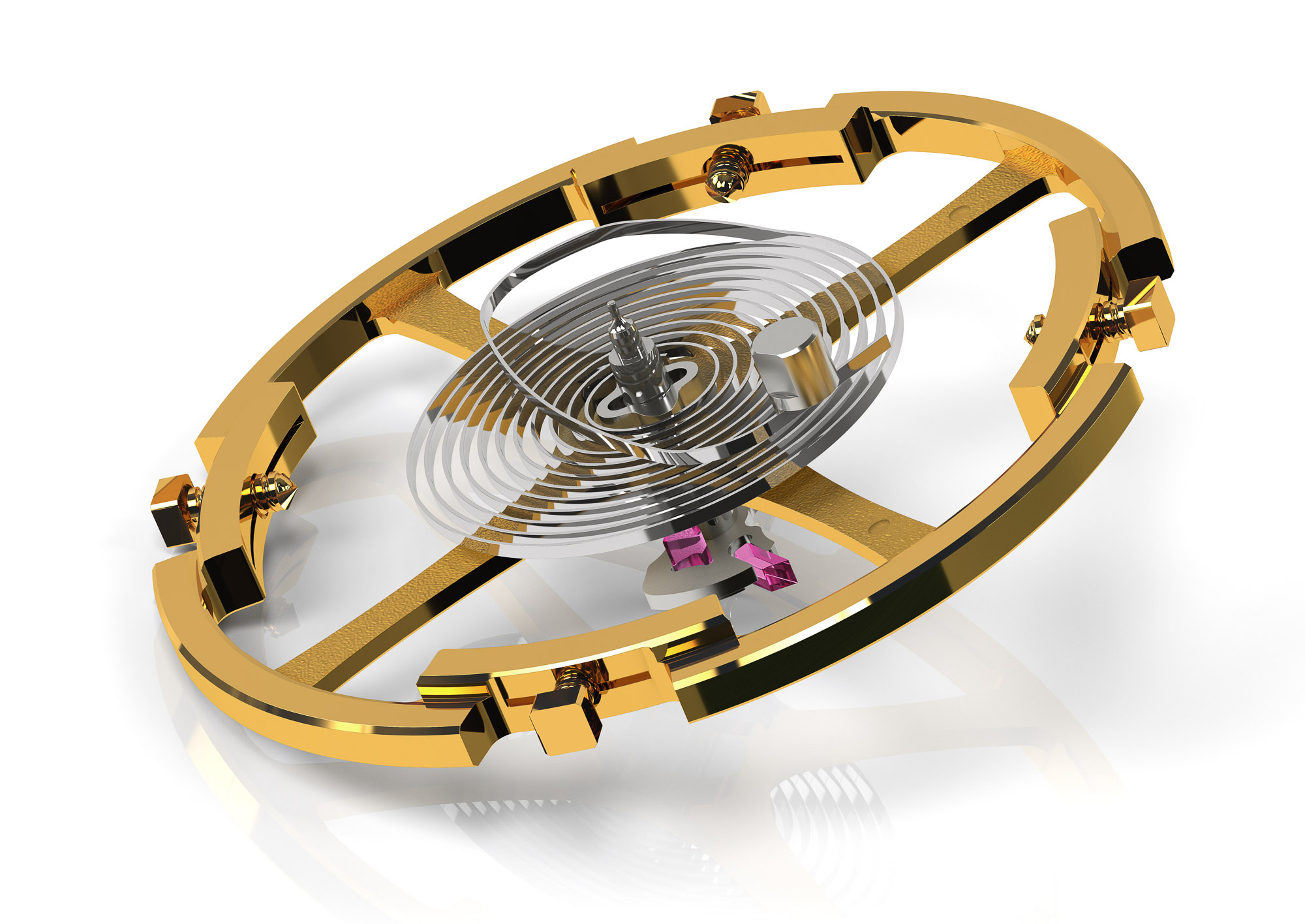 It doesn’t stop here though. The Grand Seiko caliber 9SA5 comes with a free-sprung balance. The 9SA5 uses an overcoil as opposed to the flat hairspring in the current 9S movements. According to Grand Seiko, the overcoil’s curve shape was decided after more than 80.000 simulations, ensuring the most optimized performance in every possible position. 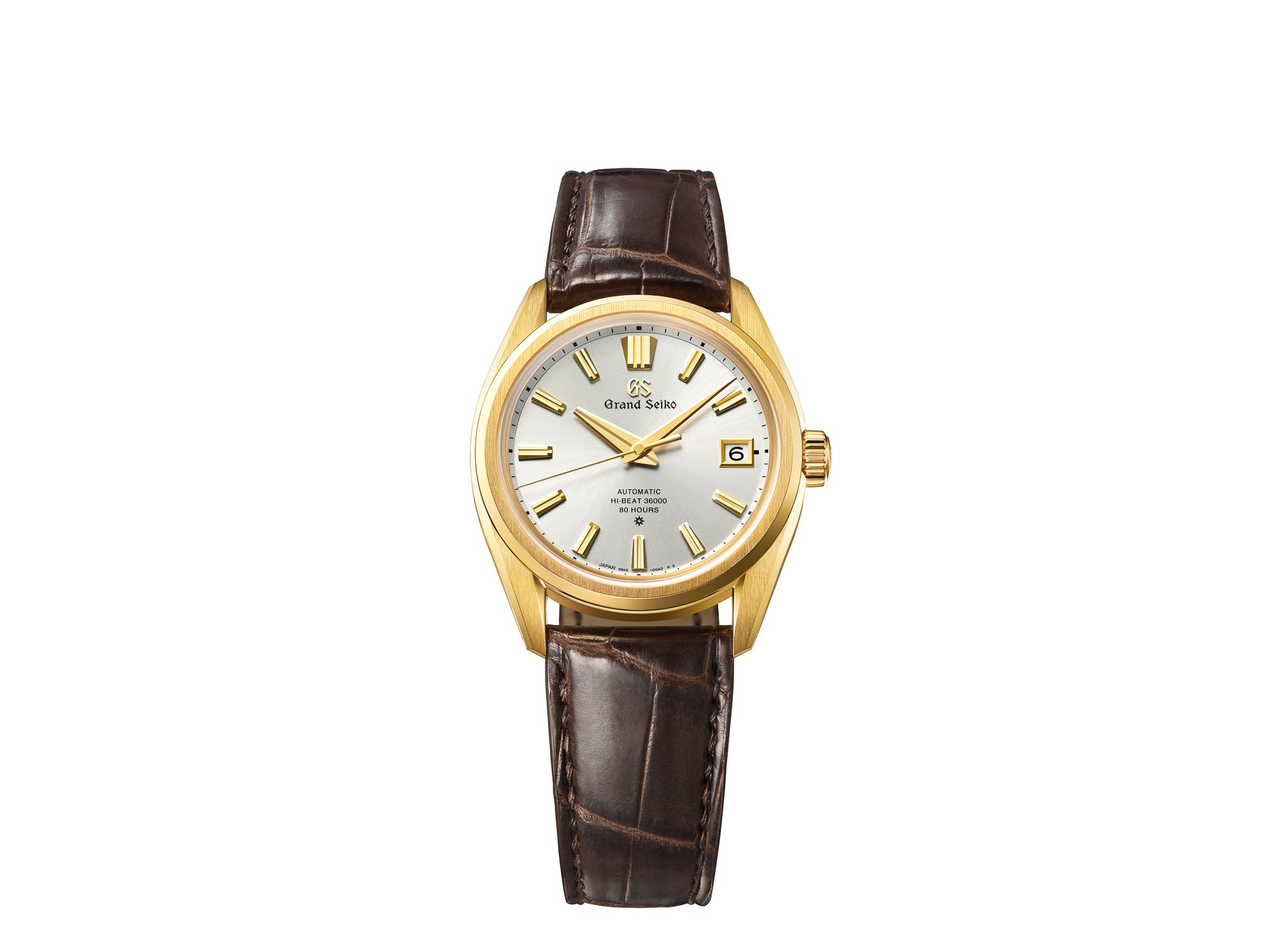 All this has been put into this beautiful 18-karat gold Grand Seiko reference SLGH002. A 40mm diameter gold watch with the famous (and praised) 44GS case that has its roots in 1967 and was completely designed according to the Grand Seiko Style definition. I love this type of case, hence my choice for the Grand Seiko Hi-Beat GMT a number of years ago. The SLGH002 comes on an alligator strap, with an 18-karat yellow gold folding buckle. In the caseback, you’ll find a sapphire crystal that allows you to view the beautifully finished caliber 9SA5 movement. This thinner 9S movement results in a total case height of 11.7mm, which isn’t bad, at all. 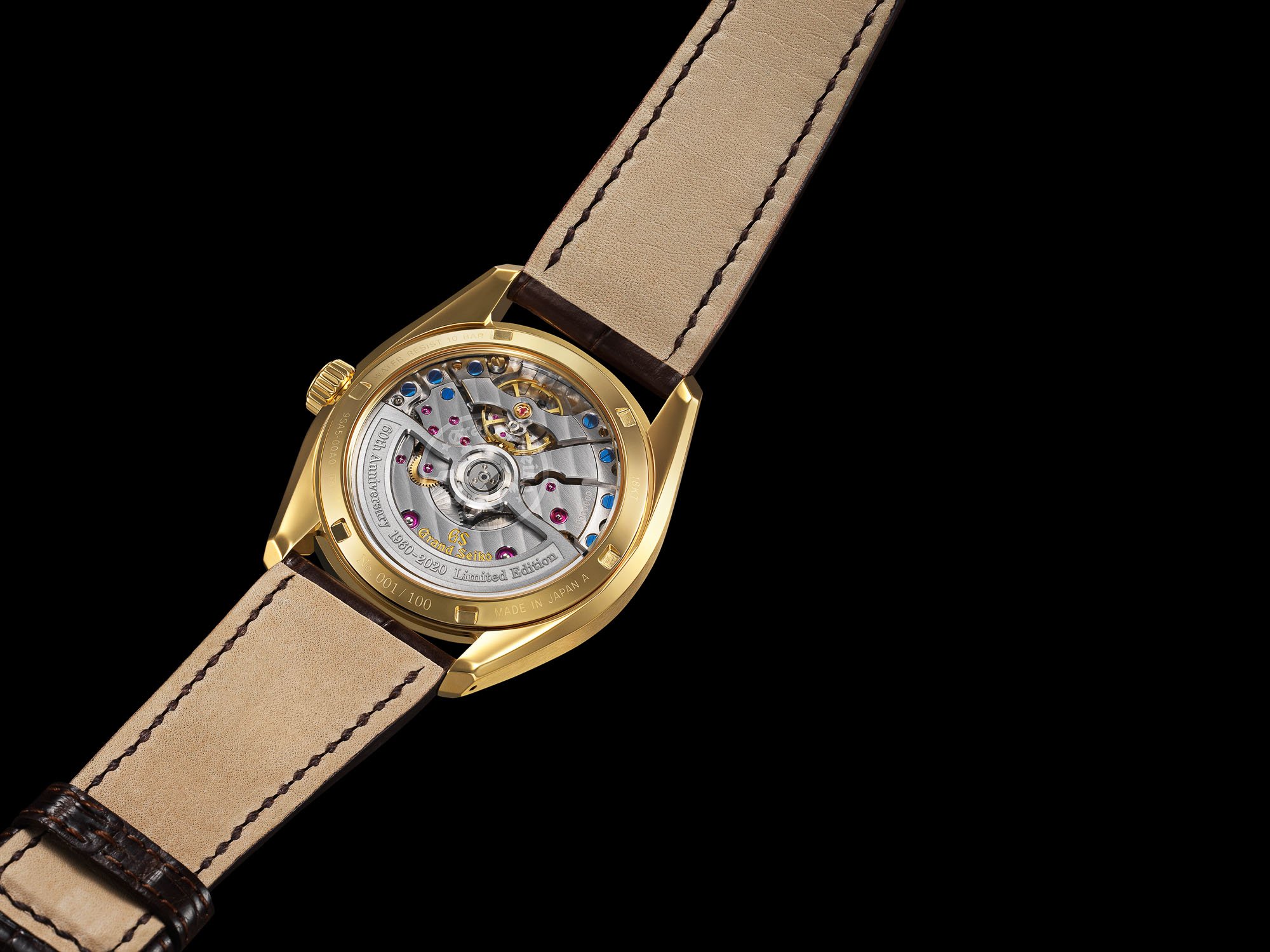 Now, only the lucky few (100!) will be able to purchase this €45,000 Grand Seiko in gold and I bet that these watches are gone in a flash to their new owners. The good news is that Grand Seiko communicated to us that this limited edition Grand Seiko SLGH002 will be the first to be powered by this new caliber. It means that there’s more to come, and I can’t imagine they will not (slowly) roll out other and more affordable Grand Seiko watches with this new 9SA5 movement. More information via Grand Seiko online.