And I'm not talking about kale or broccoli, but a tempting and limited architectural piece of horology
Thor Svaboe
comments 4
Share

Armin Strom and Collective Horology are two strong names with a predilection for non-mainstream cool. In the world of high horology, Armin Strom is famous for its work on the intriguing concepts of Resonance and Equal Force within a movement. For the tech heads in the watch community, the brand’s wristwear offers glimpses into a world of traditional techniques with a different mission. Rather than catering to our love of tradition and retro looks, Armin Strom’s intricate micro-technology gets priority while the three traditional hands get second billing.

For me, this brings double joy. I seem to be moving away from vintage-inspired pieces more than I was expecting, and Armin Strom is refreshingly different. When you add the selective design and curative efforts of Collective Horology, I think we might have a rather charming temporary marriage on view here. Collective is a sort of club — more of a global community of sorts — for collectors and set up by collectors. Its focus is on carefully chosen collaborative efforts in limited numbers for the members, last seen in an IWC collab and the opening of a chapter in London. Set up by two tech execs in sunny California, Collective’s output has been tempting from the get-go and always unexpected. 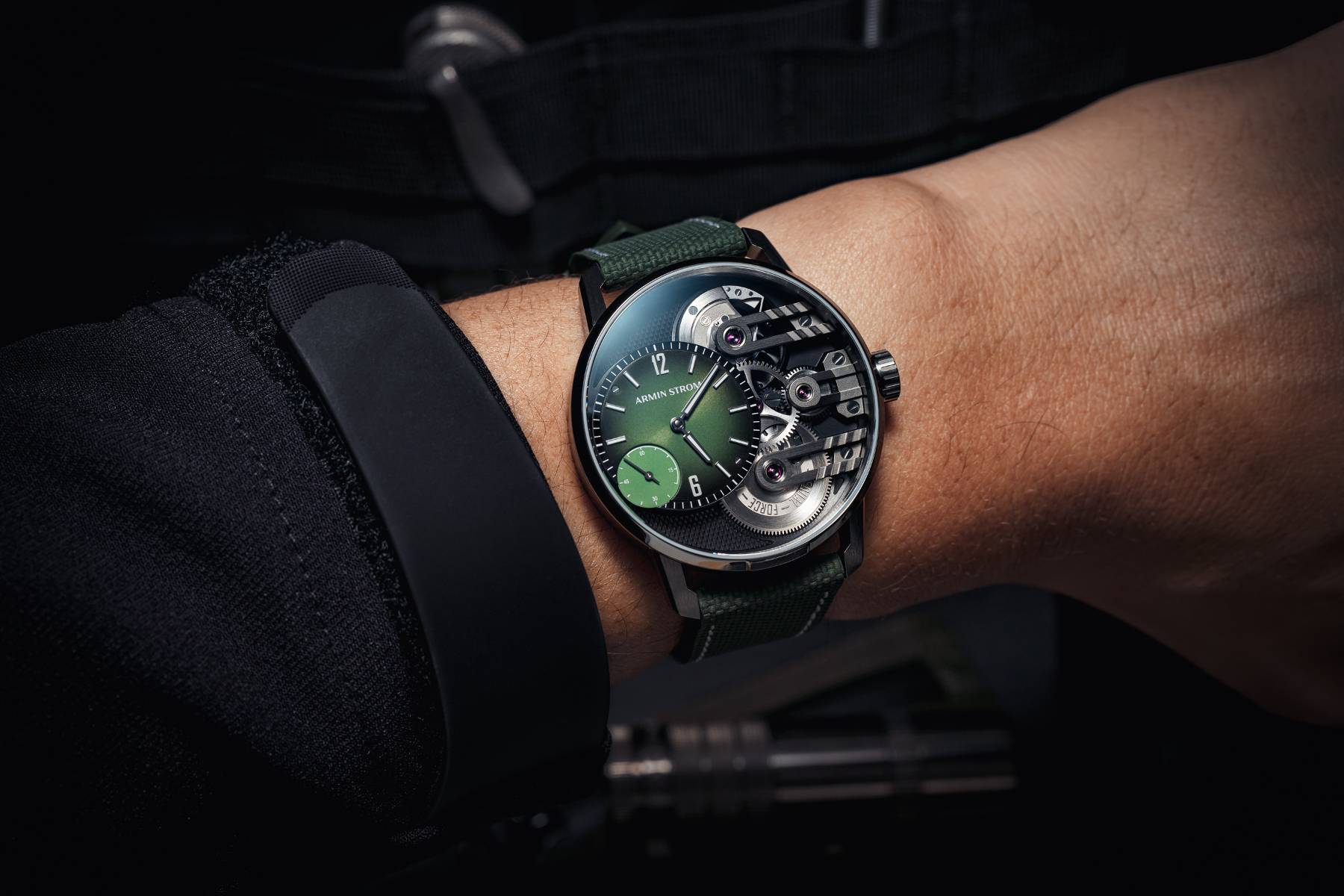 The off-center appeal of the Gravity Equal Force P.03

The P.03 is recognizably Armin Strom with its off-center charm and a big emphasis on both sides of a linear bridge design. Armin Strom Master Watchmaker and co-founder Claude Greisler tell us, “Classic skeletonization displays an existing open-worked movement. But ours is a more modern way of reinterpreting and reintegrating a movement to be visible from both sides. As is the case with all Armin Strom watches, the back of the movement gets the same attention as the front, and with the special edition for Collective, there are milled-out pockets and a different type of finishing on the three bridges.” The green tinge in this version was inspired by a common love for technical gear associated with outdoor activities. 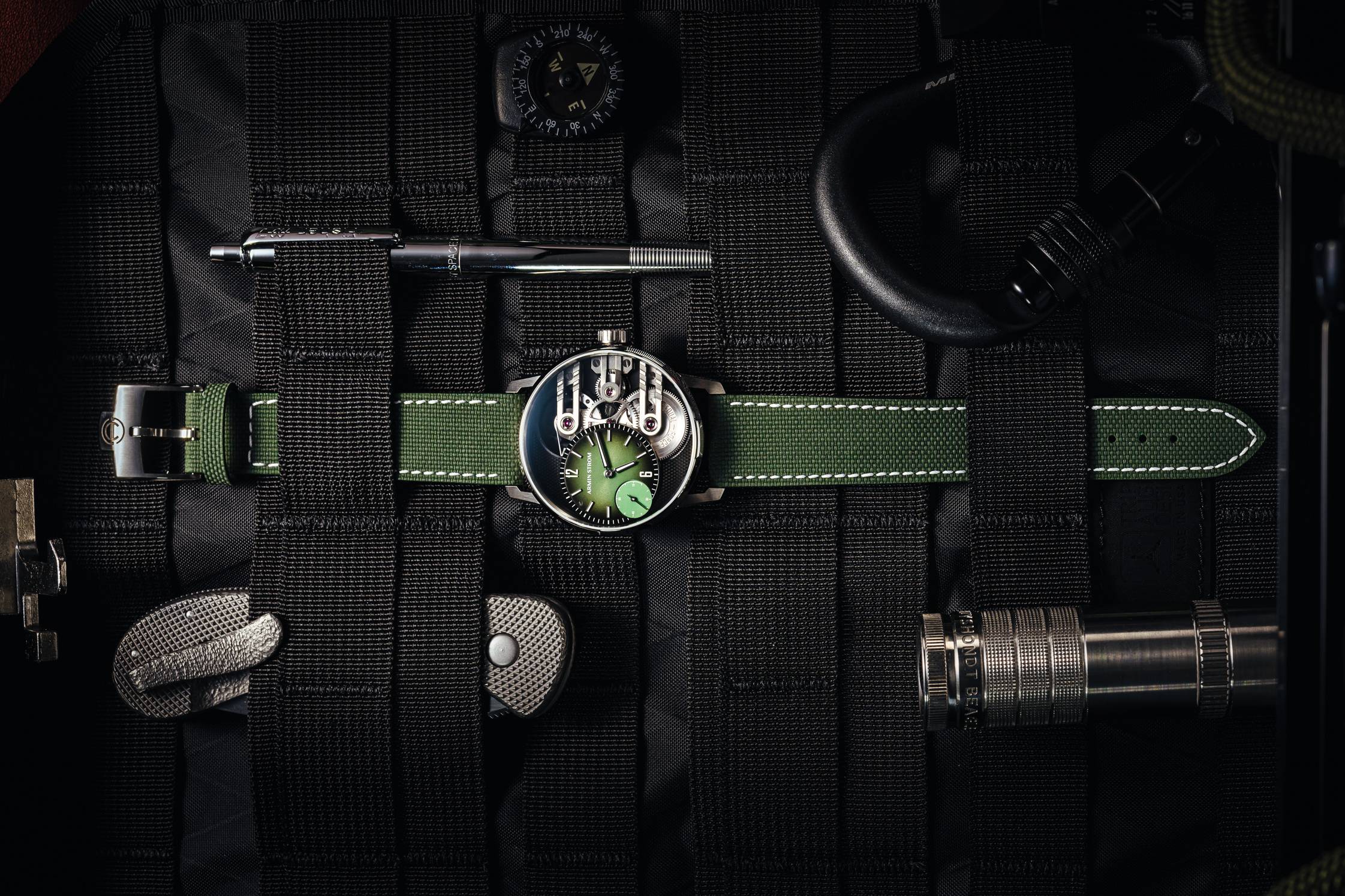 A brave move for the outdoors

I see the appeal and sporty outdoor connection. I’d probably rather wear a G-Shock than a $25,000 piece of asymmetrical Haute Horology for outdoor activities, though. However, the 41mm case size and a sub-13mm thickness should make it comfortable to wear. The fabric strap is a green and casual touch fitting its sporty aspirations. Asher Rapkin of Collective echoes my views and says, “It’s not a sports watch, but based on its construction and design, I wouldn’t shy away from wearing it places I wouldn’t dream of taking other Haute Horlogerie watches. It’s not dainty. This rare, high-end watch will look great worn outdoors.” I’ll make a note of Rapkin being a brave man, and yes, I do have a penchant for asymmetrical dials, Armin Strom’s calling card. As usual, the actual dial shares the stage with architectural, contemporary bridgework. 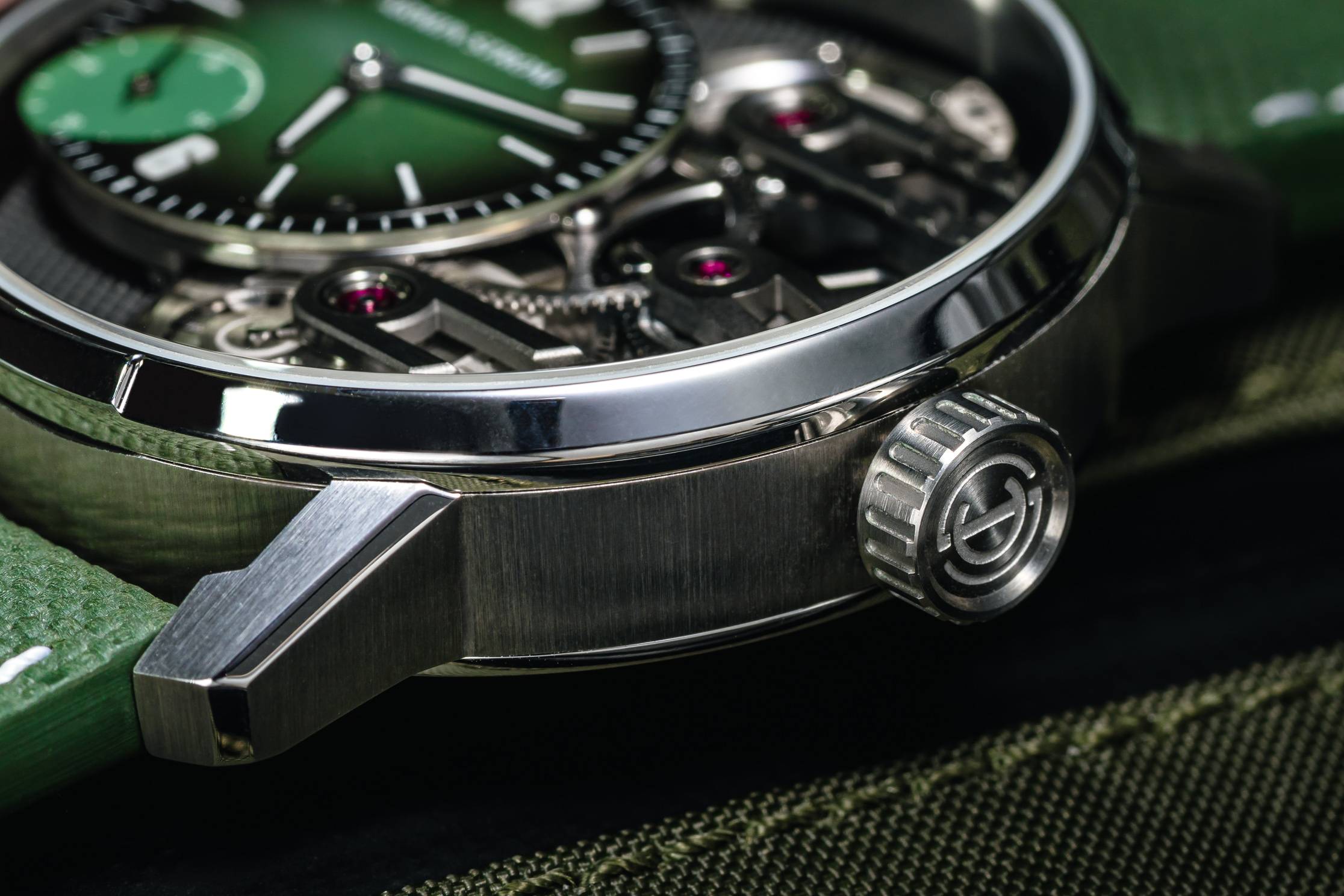 When the dial plays second fiddle to a mechanical cityscape

The design of Gravity Equal Force P.03 from Armin Strom and Collective Horology is familiar yet different. The silky dégradé of the forest-green dial at 9 o’clock is fresh. Especially charming is the lighter green seconds register, making it a trifecta of greens in combination with the strap. The offset dial showcases the open-worked manufacture ASB19 caliber with its ruthenium-coated bridges, two of which show gear-inspired cutouts. Greisler says, “It’s a cool movement with a traditional approach. It’s the first time that the Maltese Cross is combined with an automatic winding movement thanks to a declutching mechanism we created. A patent is pending because we are the first company to make a stopwork function on an automatic winding watch.” All good reasons to show it off with an open-worked design. Furthermore, the Maltese Cross mechanism helps the barrel maintain optimum torque. This keeps the timekeeping utterly consistent for the duration of the movement’s 72-hour power reserve. 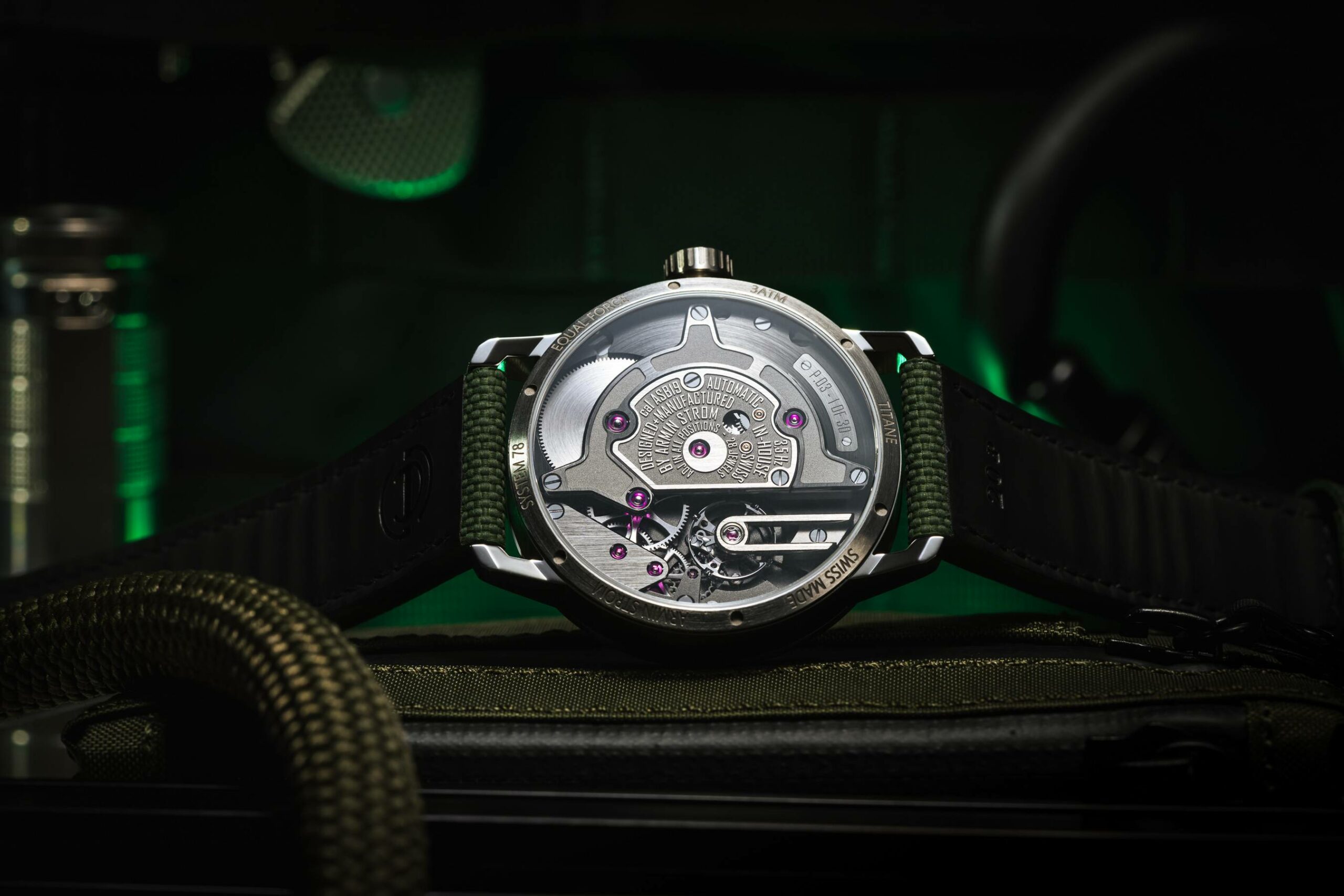 One of the best variations for a chosen few

It’s no secret that Armin Strom has a history of tasty variations on the Equal Force concept. This, in my opinion, is a particularly suave one. I find it a tempting mix of intricate craftsmanship and a distinct design language all its own. If you’re both a dial fetishist and a lover of micro-engineering, this is it. You can have your horological cake and eat it too. It might frustrate some that the 30 examples will sell out rather quickly. But if you’re fast enough and you have the means, this can also be your entry ticket to the tasteful world of Collective Horology.

So, Fratelli, is this the 41mm open-worked, outdoors-inspired watch you’ve been looking for? Let us know in the comments below. And remember, greens are good for you.