After Andrea Pirlo had Artisans de Genève customize two of his watches (skeletonized Submariners — The Andrea Pirlo Challenge and The Azzuro Challenge), I wonder if Pirlo recommended Artisans de Genève to his ex-teammate, Gigi Buffon? Either way, Buffon clearly liked what he saw enough to commission the company to personalize his Rolex Datejust. Watch personalization is a relatively small business. There are not many brands out there offering such a service. Of those who do, Artisans de Genève is lightyears ahead of the others in as much as it doesn’t just provide a lick of paint and maybe use a different material here and there. No, Artisans de Genève works with its clients to totally reimagine what their watches can be.

Artisans de Genève looks to the stars and makes everything possible. Just look at some of its past projects, such as The Sea Shepherd Challenge or The Maggiore Challenge. Rolex is happy making solid, high-quality watches, but I feel they lack a little bit of soul at times. That’s where an atelier like Artisans de Genève comes in. Think of Audemars Piguet and its imaginative concept watchmaking arm. Artisans de Genève shows Rolex what it could be if it strived to show a little creativity in the same vein. 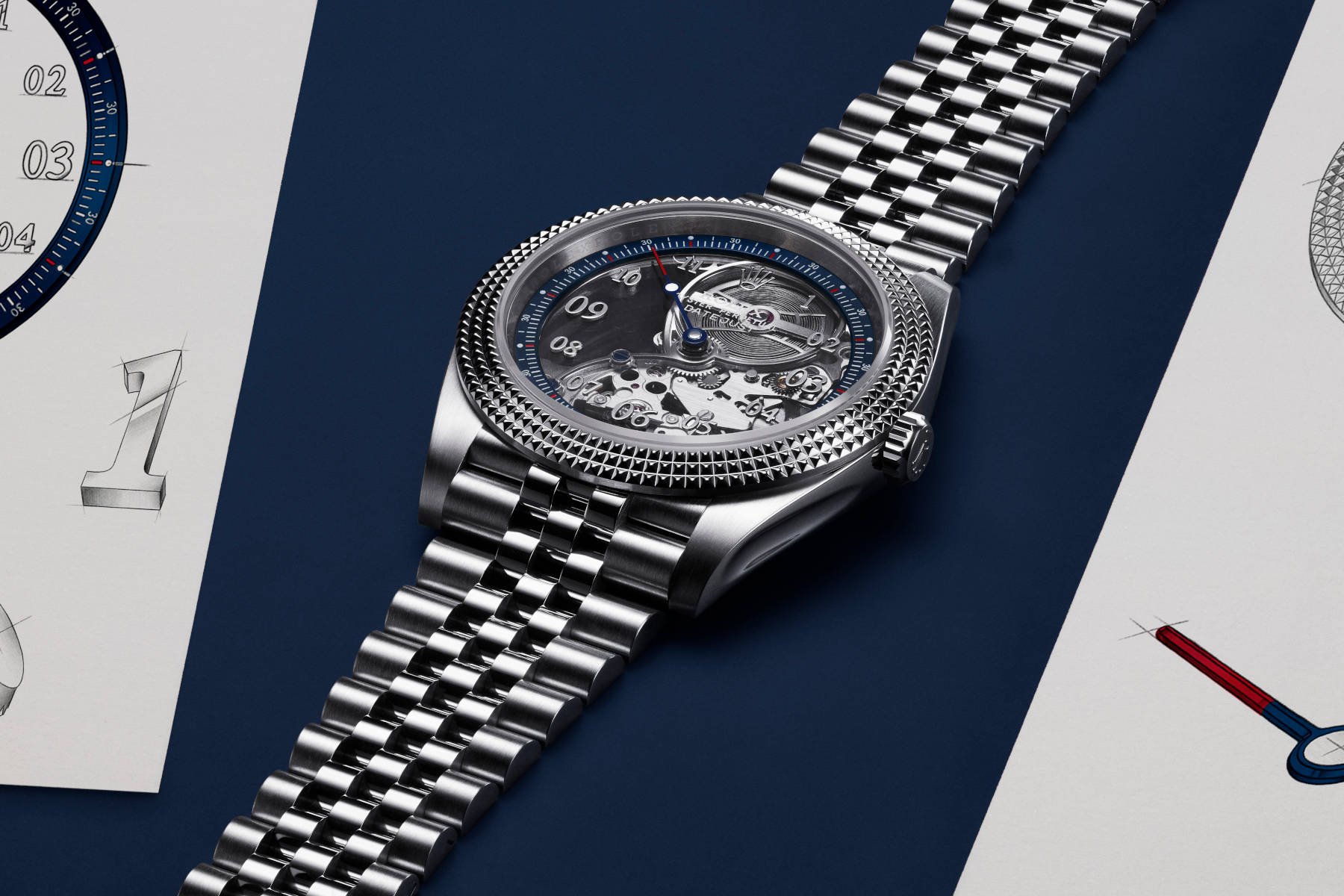 Gigi Buffon’s project is no less crazy than any of Artisans de Genève’s previous projects. But “good crazy”, of course. In this case, it takes a Rolex Datejust, turning it into a skeletonized, single-handed watch. Meistersinger is perhaps one of the most well-known brands to use single-handed watches to display the time, but while they’re nice enough, that’s where any similarities end. The craftsmanship on show for The Gigi Buffon Challenge is worlds apart. 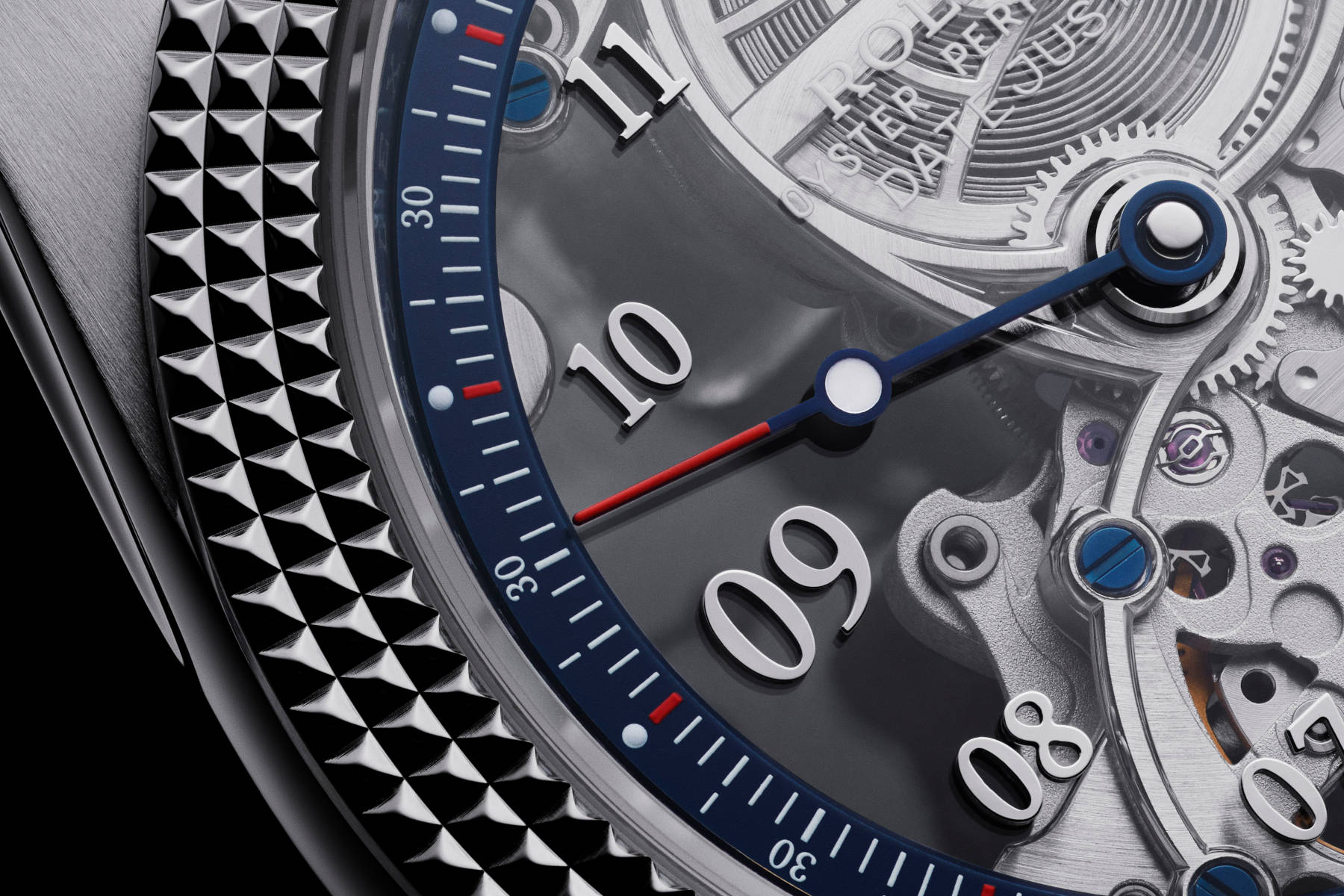 Who is Gigi Buffon?

The project’s namesake, Gigi Buffon, is best known for his footballing heroics with Juventus and the Italian national team. At the ripe old age of 44, he still plays at a high level, captaining his boyhood club, Parma, in Serie B, Italy’s second division. In Italian football, Buffon is one of the most decorated players to play in the country. Winning 10 Serie A titles with Juventus and 13 domestic cups with Juventus and Parma, it’s only the UEFA Champions League which eluded the goalkeeper at club level, having been a runner-up on three separate occasions.

On the International stage, Gigi Buffon has made 176 appearances for his country over a 21-year career, with his last appearance coming in 2018. His moment came in 2006 when Italy conquered at the World Cup in Germany. Italy beat France 5-3 on penalties after running out 1-1 after extra time. Like his ex-teammate and fellow Artisans de Genève supporter Andrea Pirlo, Gigi Buffon is the kind of sporting legend who dominated at the top of his game. 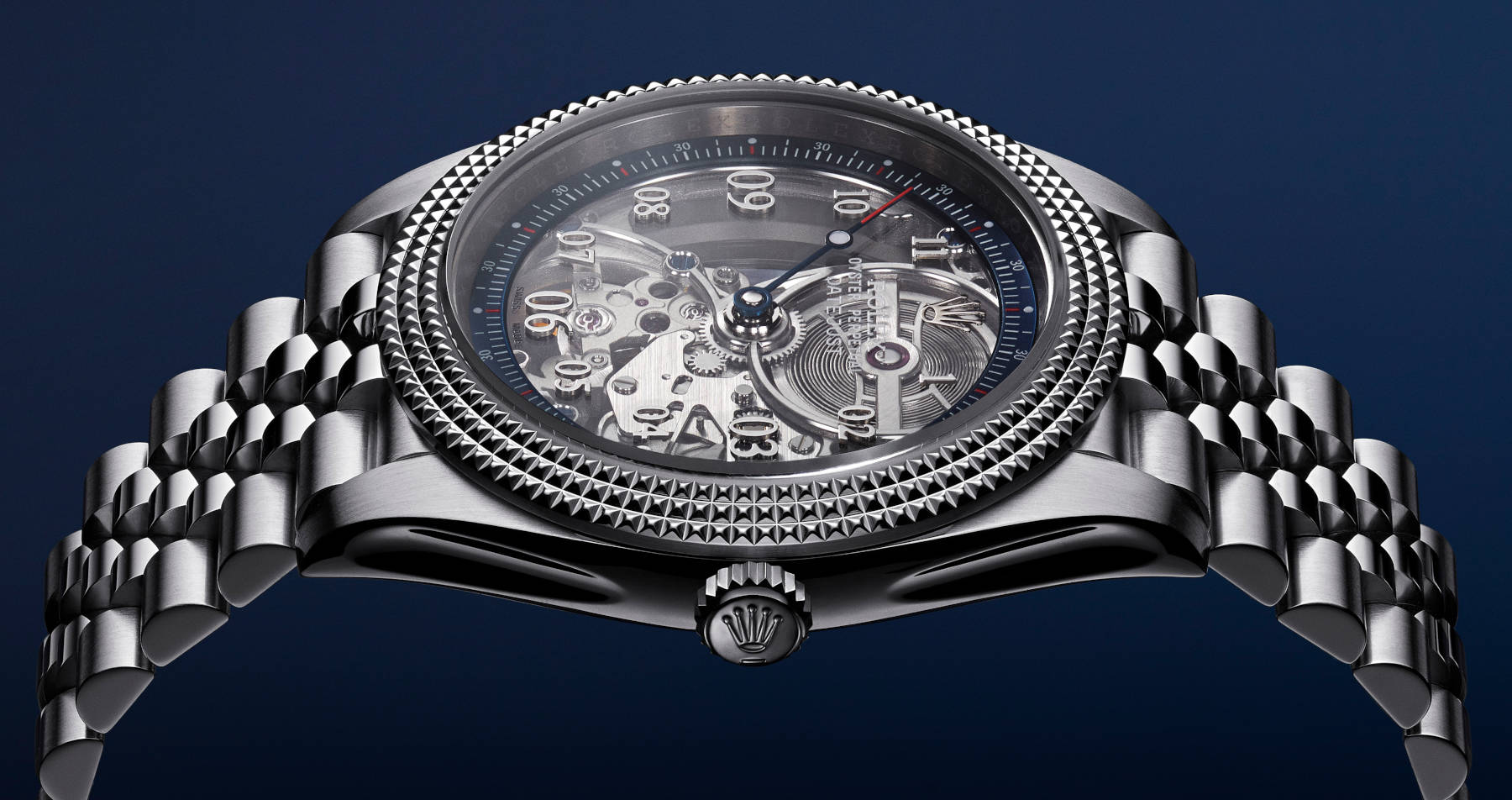 As mentioned, The Gigi Buffon uses the venerable Rolex Datejust as the base of his personalized timepiece. The watch has been reimagined from the ground up in true Artisans de Genève fashion. In a first for the atelier, its watchmakers created and developed a bi-material dial. The outer blue PVD sapphire portion features a minuterie to display five-minute increments. In contrast, the inner transparent sapphire section allows an unobstructed view of the skeletonized and hand-decorated movement underneath. Entirely hand-machined from a block of stainless steel, the bezel is quite the departure from the traditional fluted or smooth bezels we are used to seeing on Datejusts. It is adorned with a hand-made Clous de Paris guilloché pattern, representing the pattern of football goal nets, a nod to his career.

The single hand is entirely hand-beveled, flame-blued, and backed by a hand-painted red tip. Blue and red are the two colors that best embody Gigi’s story — the color blue for the most stunning victory and red for the obstacles he has overcome in his illustrious career.

“Being a goalkeeper is a particular position; it’s a lonely and unique position. I’m also the last bastion within a team of 11 players.” — Gigi Buffon 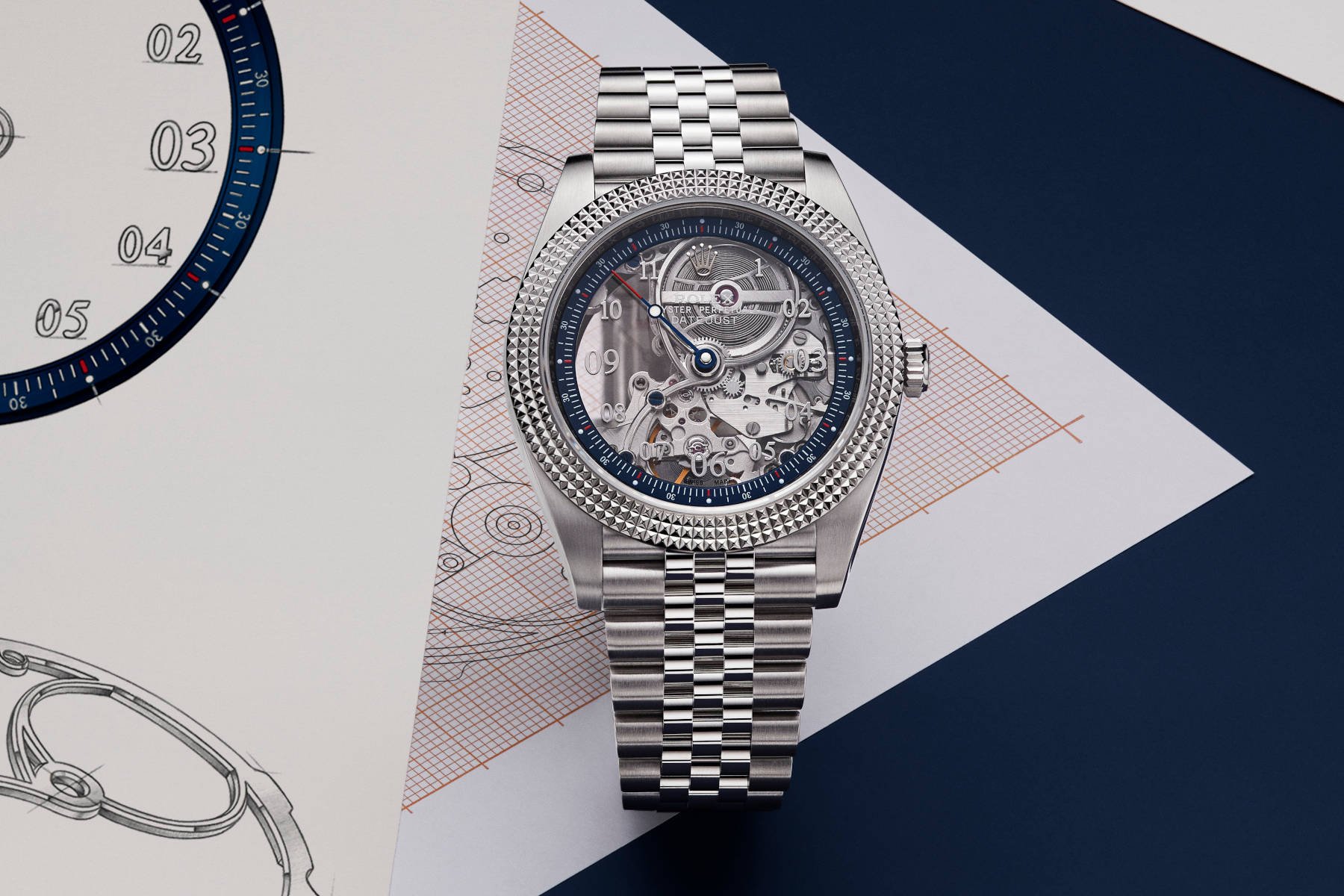 I wondered why Gigi Buffon, an athlete used to the fast-paced nature of football, would request a watch with a single hand. Gigi wanted his watch to embody this solitude, going beyond the timepiece to express a singularity that distinguishes him as an individual. Therefore, the single hand was an obvious choice.

“Time never stops. Sometimes we would like it to go by faster; other times, we would like it to stand still and capture it. It follows its course, always in the same direction. It’s also said that time naturally takes care of things; it’s true. My watch is like me, as I imagined it: unique, recognizable, and solitary… It’s me. What I like most about this watch finds its meaning when I tell the story.” — Gigi Buffon 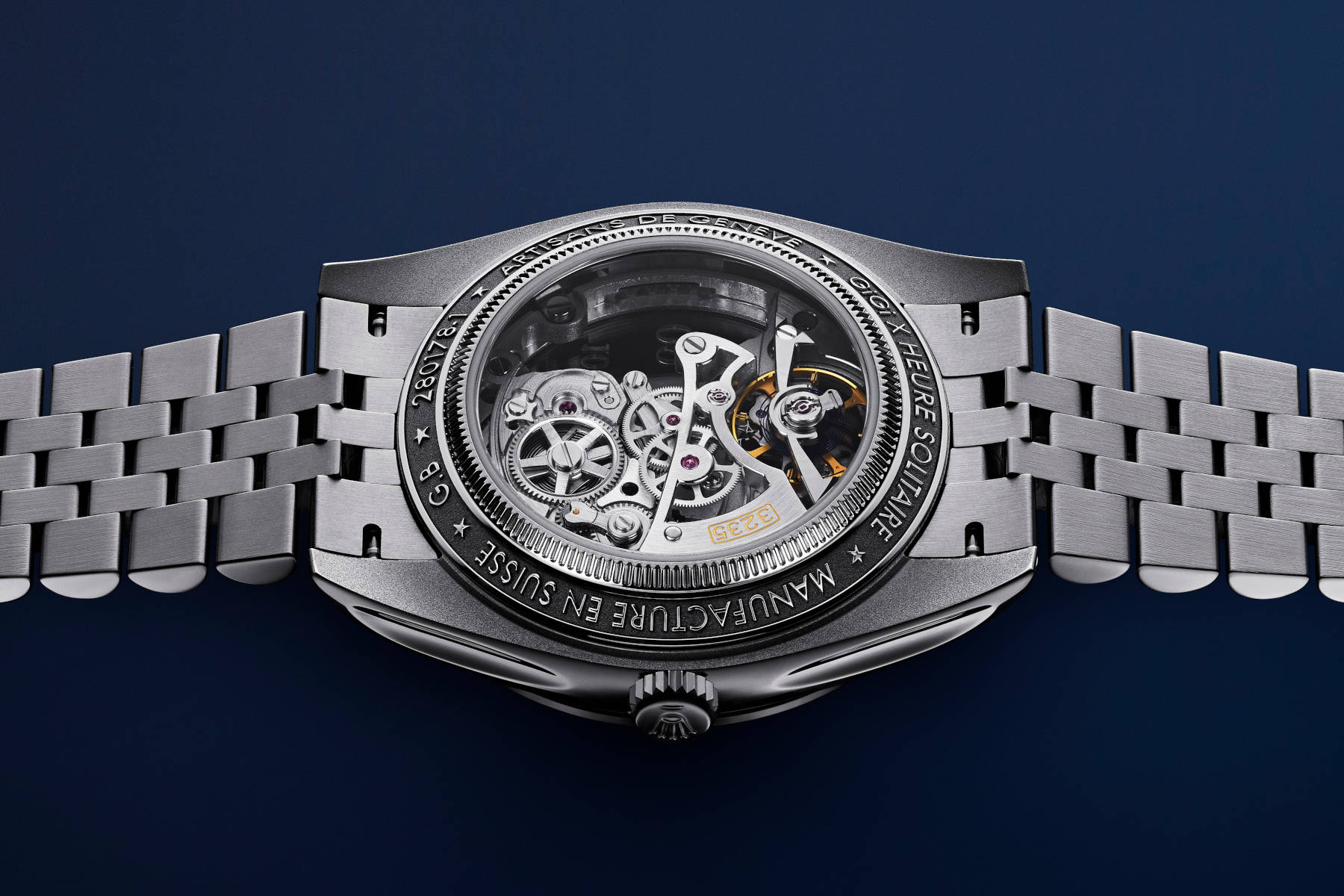 As you can imagine, the modification of Rolex caliber 3235 took many hours of work. Artisans de Genève rethought every single element during the redesign and refinishing of the skeletonized movement — sandblasted and beveled plates, a polished blocked balance bridge, an open-worked dial, and a combination of contemporary textures mixed with the heritage of Swiss expertise. 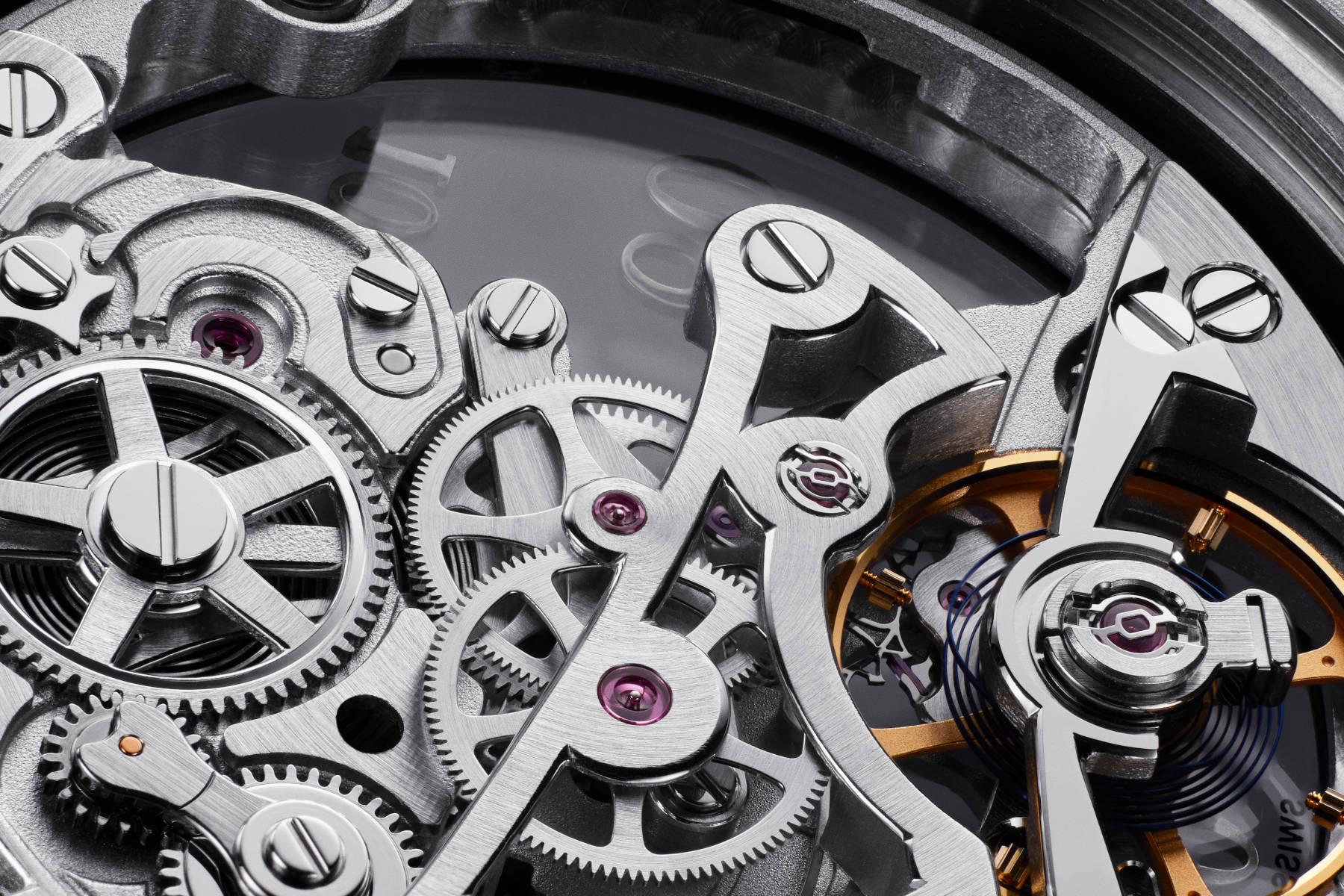 Overall, this is a fascinating watch. I always love seeing how Artisans de Genève works with its clients to reimagine their treasured timepieces. While the single-hand approach is not to my taste, the finished article is nothing less than impressive. Personalization always means the most to its owner. No doubt you’d do something completely different if you were in Buffon’s shoes. The interesting question to ponder is what that might be. What would you do to customize a Datejust? Be sure to let me know in the comments, and don’t be afraid to let your mind run wild. It seems the only limit for Artisans de Genève is your imagination!

You can find out more about the Gigi Buffon Challenge on the Artisans de Genève website. 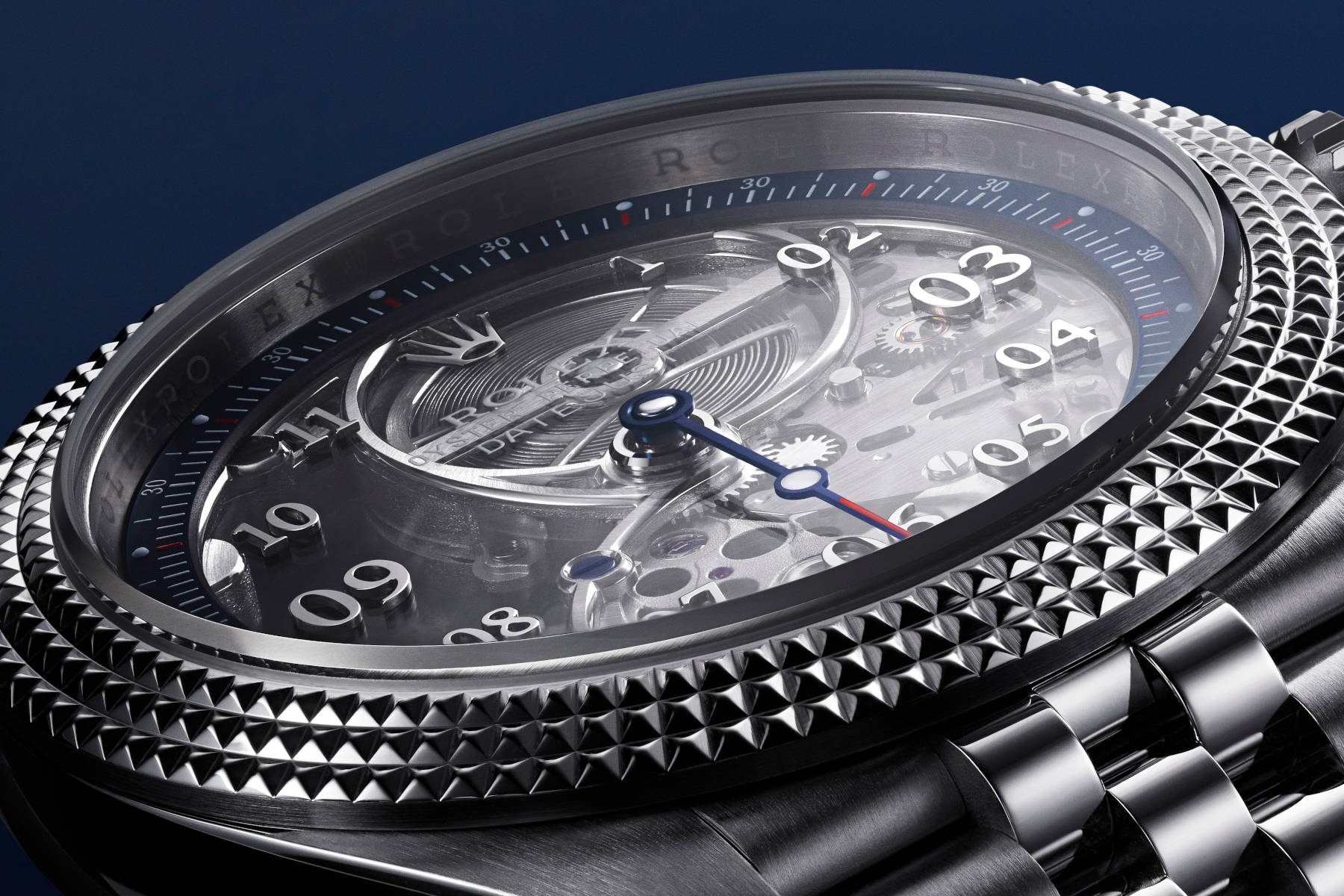 Artisans de Genève is an independent workshop. The company offers a watch personalization service at the request of its customers within its limited capacities. It does not manufacture or sell watches. Artisans de Genève is neither affiliated with nor authorized by the manufacturers of the watches on which it works. OEM brands do not approve modifications or customizations made to their products by unauthorized third parties.

Artisans de Genève’s customization services are provided for personal and private use only. Artisans de Genève does not approve any other use, in particular of a commercial nature, and will invalidate the warranty.