An impressive full-sapphire case allows the double-barrel flying tourbillon movement inside to shine. ArtyA has achieved transparency to the highest degree in the Purity Tourbillon, not only in its use of the clear material but also in skeletonizing the movement’s mainplate and bridges. The result is a space-age display of top-tier watchmaking. The case and movement are impressive both technically and architecturally, and the flying tourbillon is actually one of the biggest in a watch out there. It’s 17mm diameter makes for an imposing visual display. This is not just a conversation piece — it’s a watch worth talking about.

The world of Haute Horlogerie has seen sapphire cases cropping up over the past few years, and tourbillons have been around for decades. These two facts, on their own, might lead you to believe that what ArtyA has done here is nothing new, but that couldn’t be further from the truth. It is the innovative manner in which the brand has combined these two elements that makes this watch such a stunning piece. And appearances aren’t everything, as this watch goes beyond aesthetics in its uncommon technical offerings. 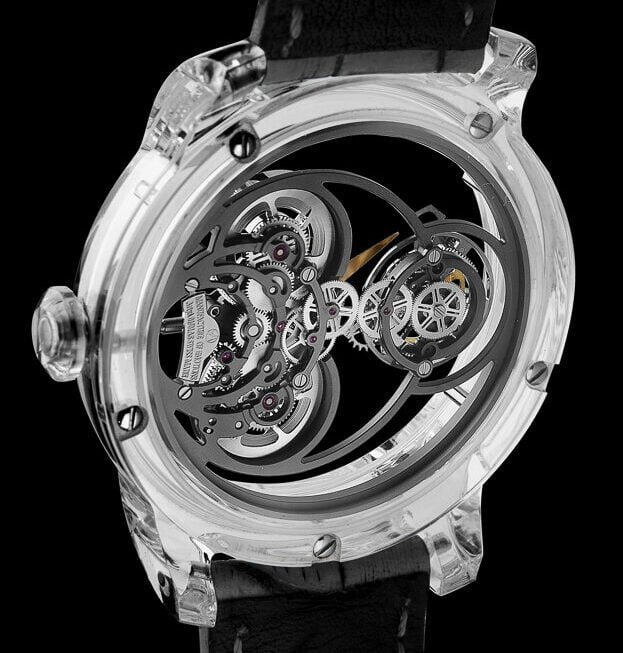 Take a look inside (it’s hard not to)

Let’s start with the heart of the watch — the tourbillon. At 17mm in diameter, it is at least 50% larger than most others out there, which certainly helps in making it the attention-grabbing centerpiece it deserves to be. It also beats relatively quickly, with a frequency of 4 Hz (most other tourbillons operate at 2–3Hz). Its free-sprung balance with variable inertia makes for a far more resilient movement, which in turn offers better timekeeping.

Finally, the watch’s twin barrels ensure an impressive 70-hour power reserve. In a clever bit of engineering, the barrels are mounted in a parallel fashion. This means that the torque remains steady, making the watch’s use of power more efficient. That too helps improve accuracy. Telling the time is obviously the ultimate goal, and this watch does so with its beautiful golden dauphine hour and minute hands. There is no central seconds hand, instead, the flying tourbillon’s 360-degree rotation, which takes place over the course of 60 seconds, serves as a running seconds display. 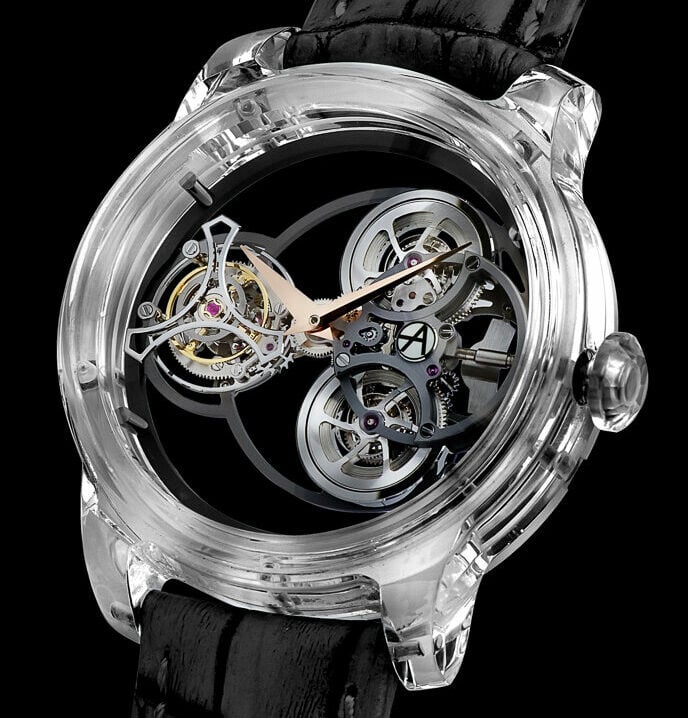 The beautifully executed main plate of the movement is made up of a series of concentric circles, reminiscent of a crescent moon the outermost edge brings balance to the overall look. All elements are fully visible through the transparent outer shell. We find the ArtyA logo on the top of the bridge which supports the twin-mainsprings. These elements are all given a darker finish, which adds depth and contrast to the look of the movement regardless of which side you are looking at it from.

Finally, the case, which despite being rather classic and utilitarian in shape, still manages to impress. The material used for its construction is a perfectly clear sapphire crystal. Also used for the wonderfully faceted crown, it shines like a jewel and might fool an uninformed admirer into thinking that it is a fragile thing. In fact, the case is incredibly resistant thanks to the hardness of sapphire. It comes in at an impressive third place behind moissanite and diamond on the list of hardest minerals, scoring a 9 on the Mohs Hardness Scale. 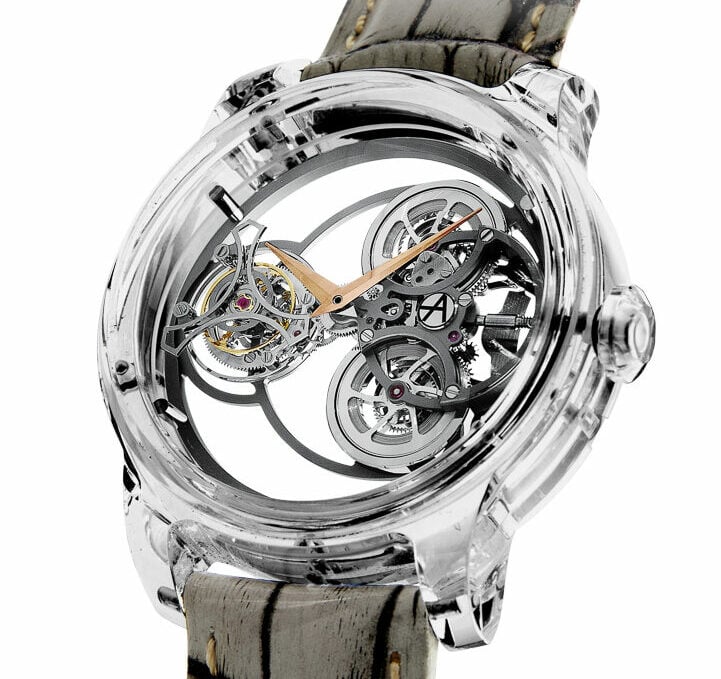 All in all, this first look at the ArtyA Purity Tourbillon clearly shows the brand’s desire to innovate and push the boundaries of watchmaking. The unique details take this watch beyond what it comes across as on paper. I take this as an indication of a level of maturity and awareness typically only seen from older and more established luxury brands. Though personally, I am not the biggest fan of the brand’s wilder offerings, this latest introduction falls into an extremely appealing middle ground between completely mad and something you would actually enjoy having on your wrist.

For more information on the Purity Tourbillon as well as the brand’s other pieces, visit ArtyA’s website here. Also, check out our look at last year’s GWD releases from the brand here and an interview with the brand’s founder, Yvan Arpa, here.