Just when I thought I was out, they pull me back in. To quote Michael Corleone in The Godfather Part III. I’ve always been a huge Audemars Piguet Royal Oak fan, especially of the “Jumbo” (later referred to as “Extra-Thin” and now AP started to use both indicators for the watch being really flat). A few years ago, I spent an arm and a leg buying one of my grail watches, the Royal Oak “Jumbo” 15202ST. Somewhere, I lost my love for the company a bit (not their watches) after a few disappointments which I wrote about here already. That happens sometimes (at some point you’re just done with an unanswered love :)), but already last year my interested sparked again with their introduction of the gold Royal Oak “Extra-Thin” (or is it “Jumbo”) editions. In any case it shouldn’t hold us back from bringing you the news on Audemars Piguet anyways. Their watches are truly awesome and deserve to be in the spotlights. 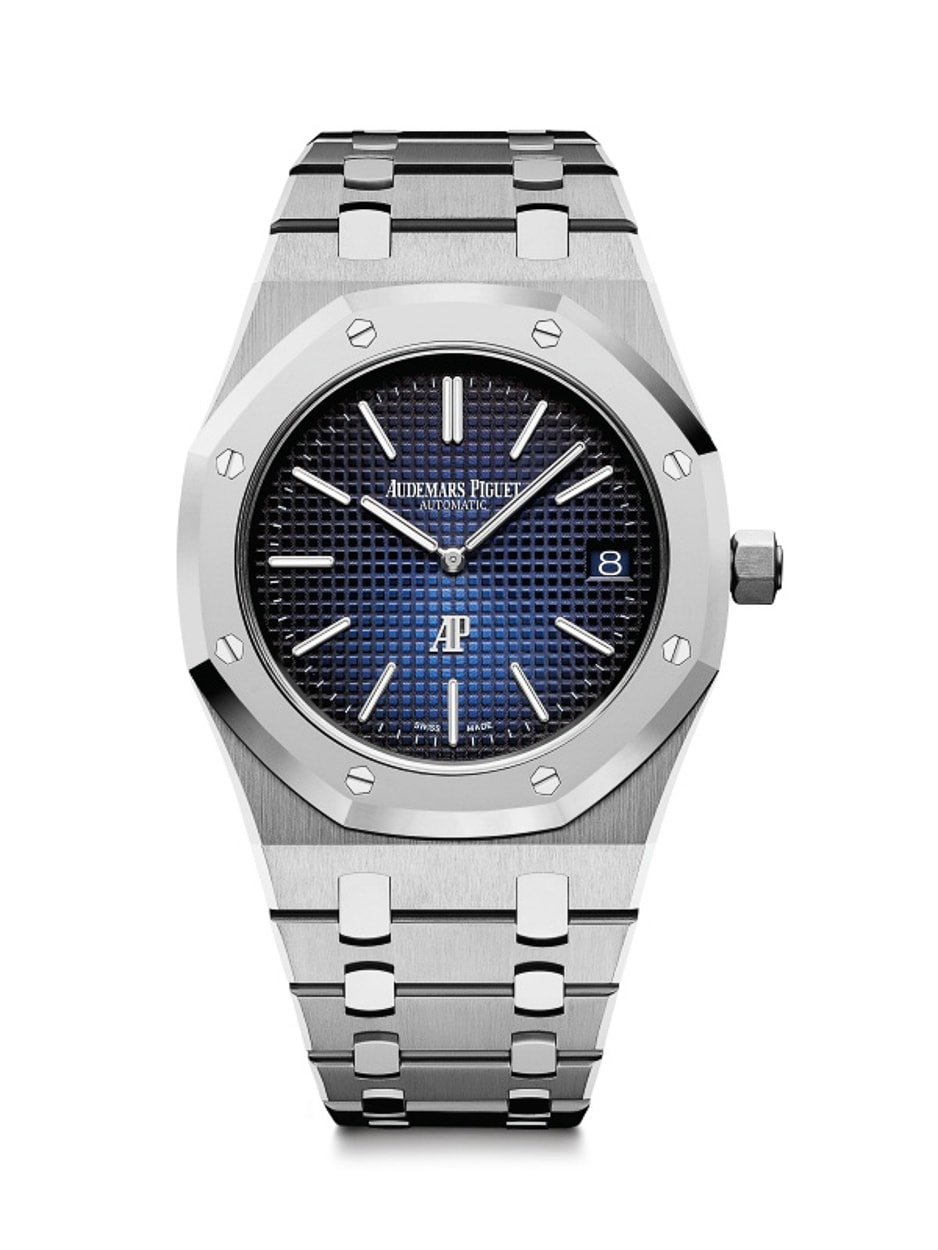 This year, Audemars Piguet introduces to you the Royal Oak “Jumbo” Extra-Thin made of titanium. I noticed that my attention is back on track with them, and I even took the effort to look at all of their other releases as well (embargoed).

Platinum has been used for the bezel and the links in the titanium bracelet. Perhaps the titanium evens the weight out of the platinum parts, so the watch will be as heavy as the ‘regular’ steel one. I will find out this week I am sure. 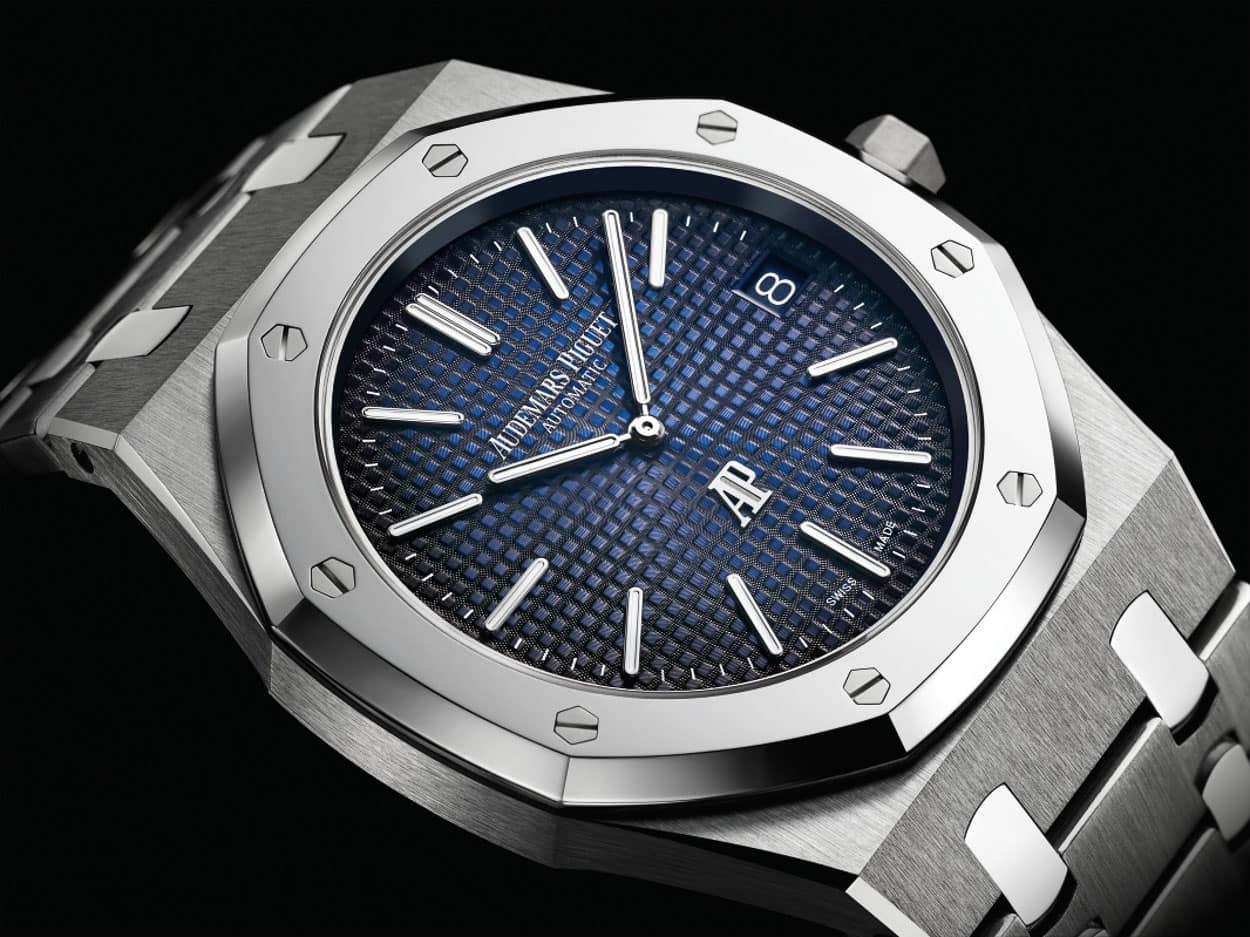 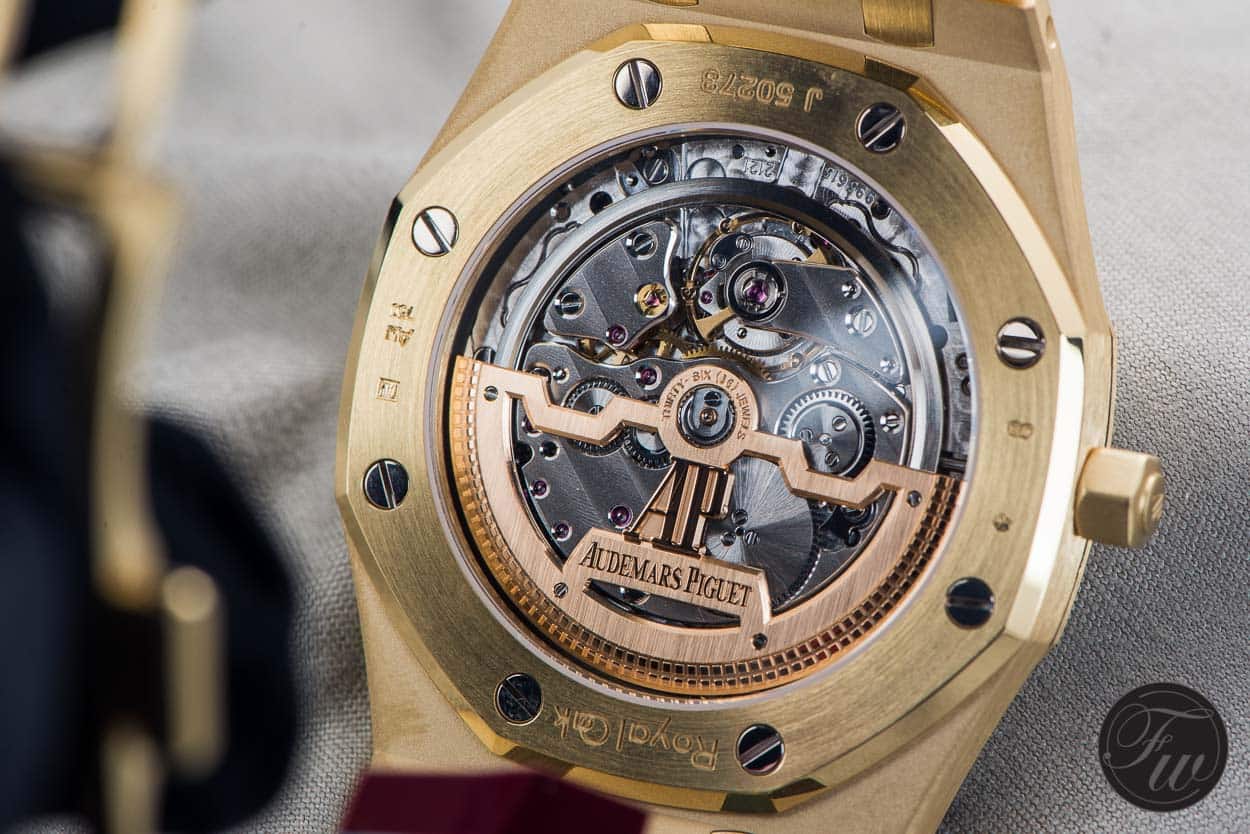 I was happy to learn that the new Royal Oak “Jumbo” Extra-Thin in titanium and platinum will remain 39mm in diameter. The perfect size for any Royal Oak in my humble opinion. Based on the images you see (we haven’t seen it in the flesh yet), the dial also is a bit different from the stainless steel version. According to AP, the Royal Oak “Jumbo” Extra-Thin dial is smoked blue, with “Petite Tapisserie” pattern and has white gold hour markers and hands. The AP logo is, like the early 5402 models and the models after 2012 at 6 o’clock. And one of the reasons why I traded my Royal Oak 15300 for the 15202 is the beautiful and impressive caliber 2121 movement (see above, caliber 2121 in the yellow gold 15202 version of last year), which they still honor in this new 2018 release. We did a detailed talk about that in this comparison review with the Patek Philippe Nautilus.

At this time, price of the Audemars Piguet Royal Oak “Jumbo” Extra-Thin in titanium and platinum with reference 15202IP.OO.1240IP.01 has officially not been communicated (to us). According to our friends of Hodinkee it is US$34,800 and we trust ‘m.