With a flying saucer for inspiration, how could it be boring, even if it tried?
Lex Stolk
comments 5
Share

The origins of Vacheron Constantin go back to 1755 when Jean-Marc Vacheron (1731-1805) founded his watchmaking business. This makes it one of the oldest watch brands in the world. In 1819, François Constantin joined the company, leading to the name Vacheron & Constantin. Much later, in 1970 to be precise, the “&” was dropped, and the name Vacheron Constantin was born. Sound like a dull history lesson? Well, at least it fits our “The Best Boring But Brilliant Watches In The World” series perfectly. Let’s have a look at the Vacheron Constantin Patrimony — an underwhelming watch collection or the ultimate essence of a historical maison?

In the early 2000s, watch brands tried to convince the public that being old was the best. Blancpain wouldn’t let an opportunity go by to mention that the company was founded in 1735 and that it was one of the oldest, if not THE oldest maison on the block. Vacheron Constantin, not wanting to let that slide, retorted by saying it was the oldest brand with an uninterrupted watchmaking history. The brand Blancpain, as we know it today, was bought and resurrected by Jean-Claude Biver in 1981 and was subsequently sold, along with movement specialist Frédéric Piguet, to what is now the Swatch Group in 1992. But what does a watch from 2021 have to do with what happened in 1735, 1755, or even 1992? Past performance, after all, is neither a guarantee for the present nor for the future. 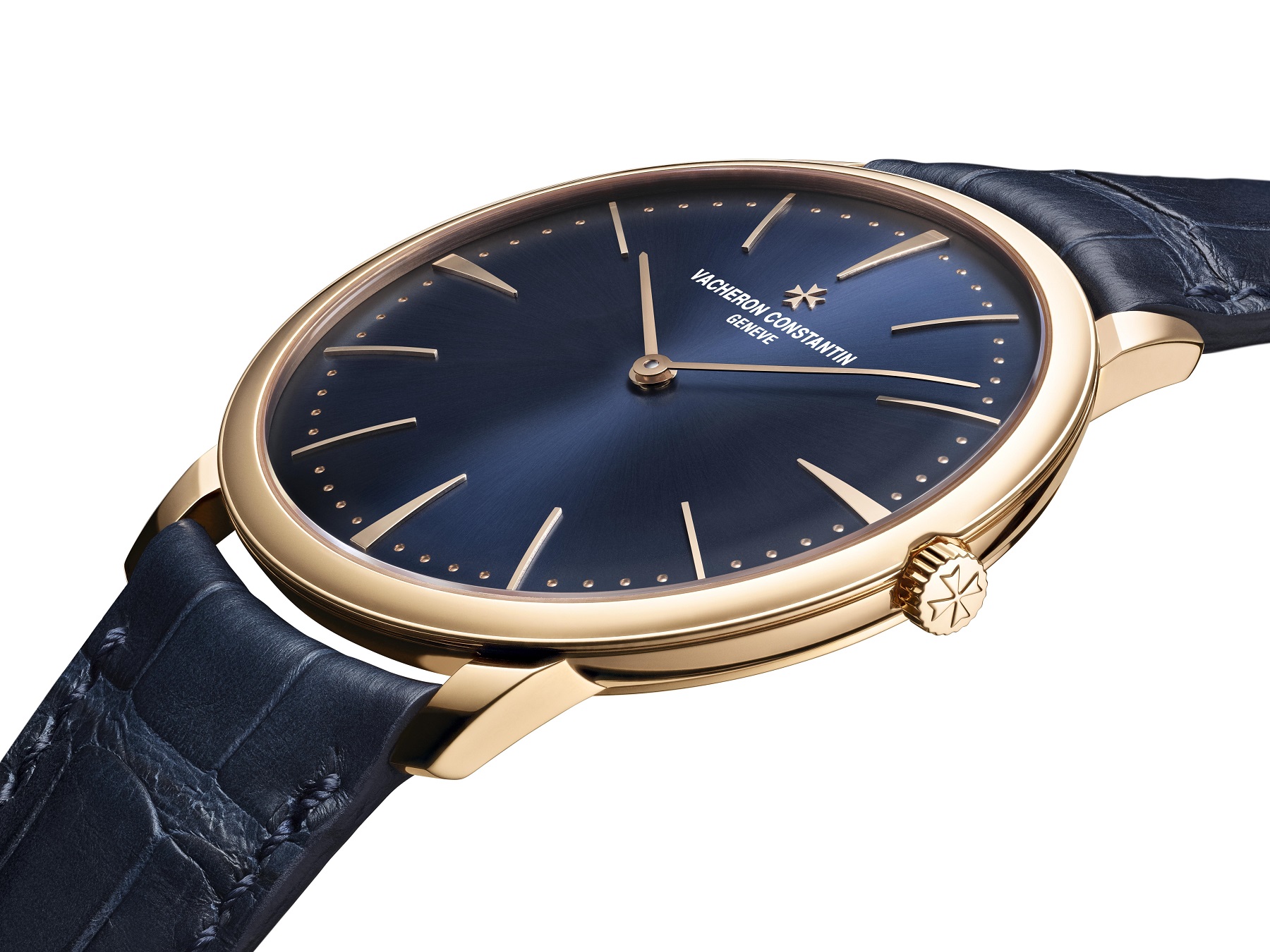 History is still important when it comes to watches, but it’s more in regard to vintage watches now. When it comes to the age of a watch brand itself, people seem more or less indifferent these days. It’s about the product, not the untouchable provenance. Let me give you an example. Russian brand Raketa was founded back in 1721 (!) by Czar Peter the Great, and although it aspires to be the “Russian Rolex,” it won’t reach that level by using its 300-year history. Raketa, just like any other brand, has to put its watches where its mouth is. And the same goes for Vacheron Constantin, of course. But to fully understand and appreciate the Genevan brand, it does help to have a bit of historical perspective. 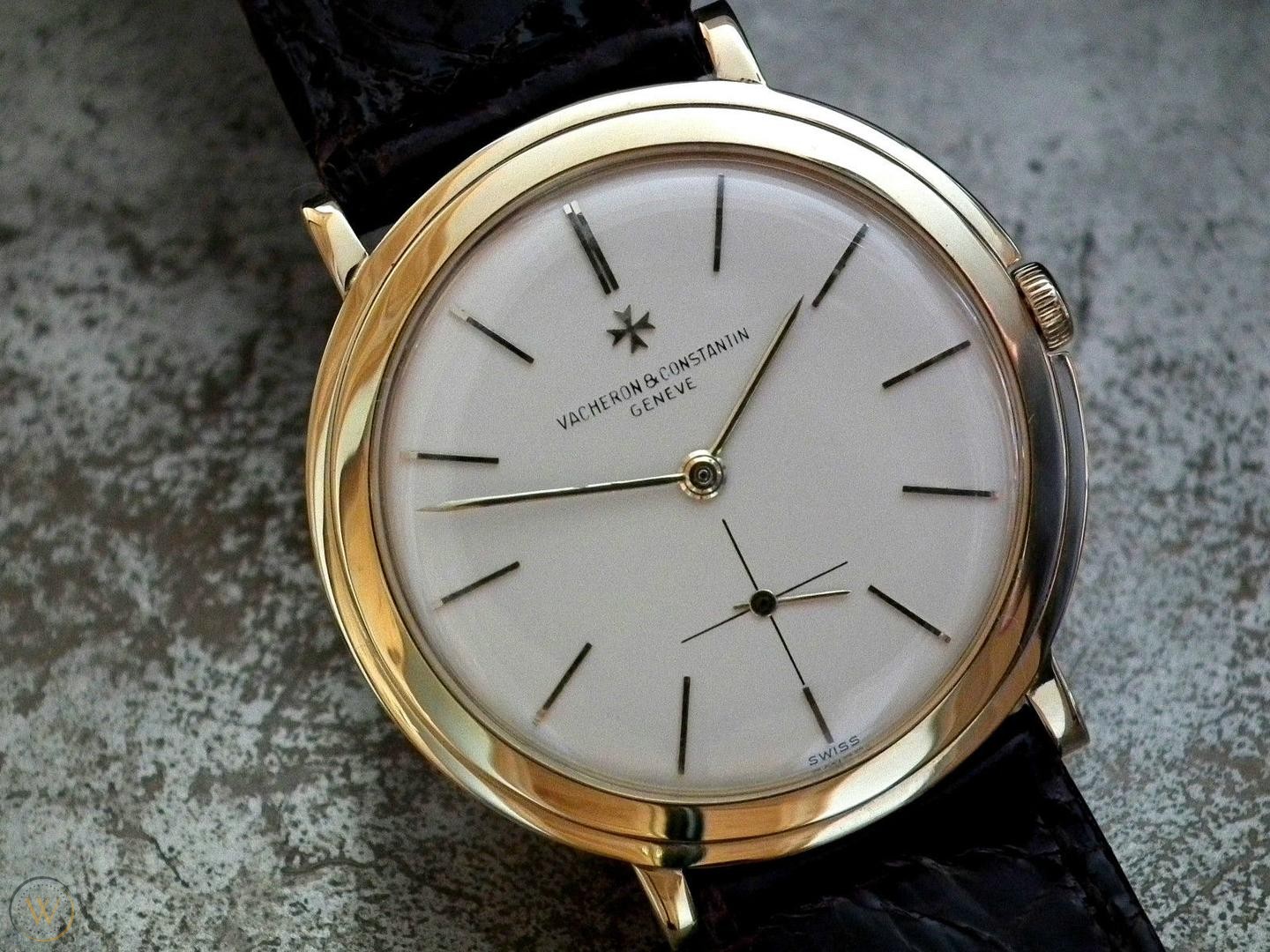 An inheritance from one’s father 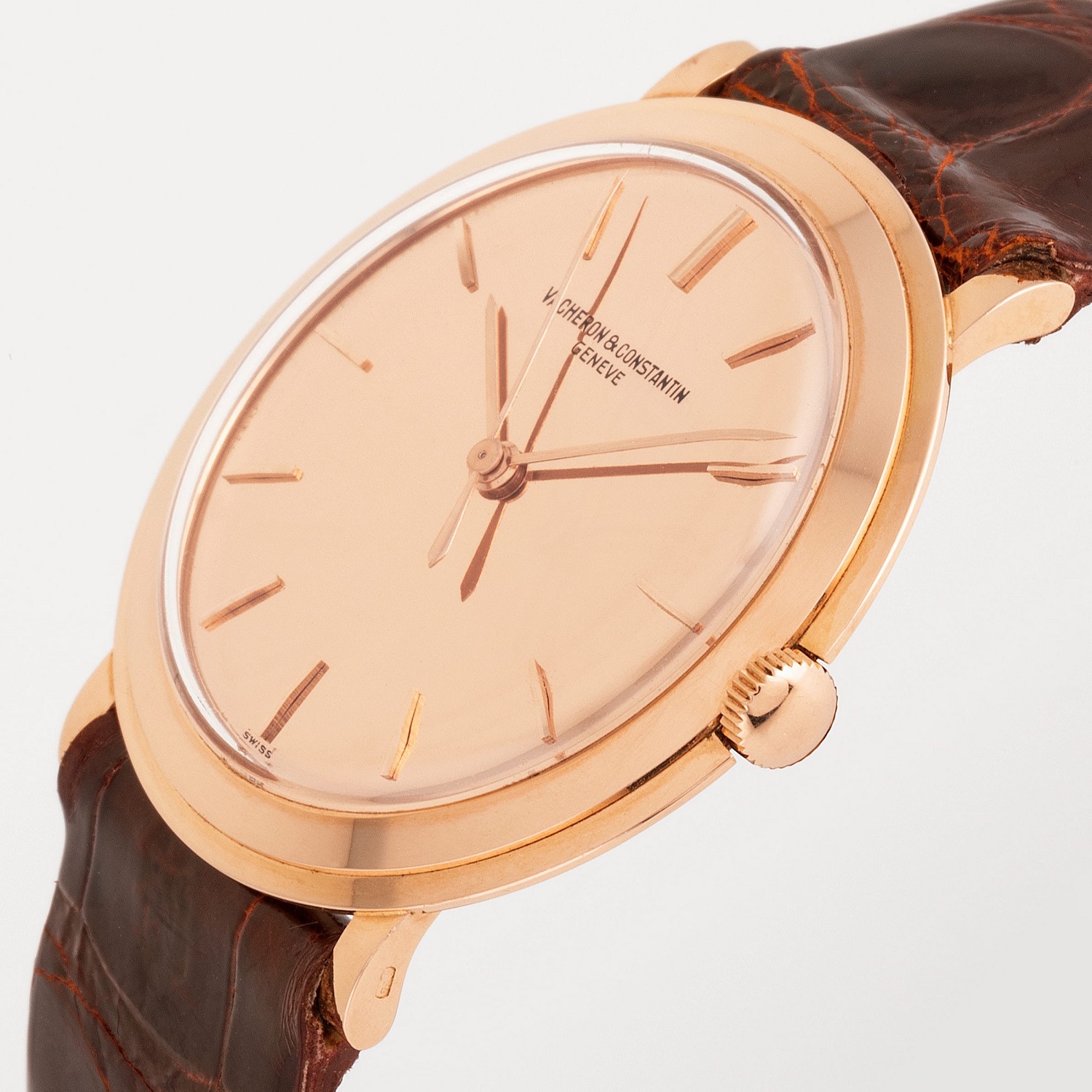 A “Disco Volante” Ref. 4986 from the 1950s – Picture courtesy of Monaco Legend Auctions

At the foundation of the Patrimony collection, which now runs 42 pieces strong, you will find six versions of the Manual Winding in three types of gold. Inspiration for the shape and design of the 40 × 6.80mm case, bezel, and dial was found in the 1950s. With every Patrimony, Vacheron Constantin tries to express sophistication in a restrained way. That leads to minimalist watchmaking true to the style of six decades ago. This means no Roman numerals or other opulent distractions, but rather, applied stick indexes, stick hands, and a dotted minute track. Traditional, yes, but in a very different way to how the Blancpain Villeret Extra-Plate 6605 is traditional. And to follow the theme of “patrimonium,” the solid case back allows for a personalized engraving. This watch screams, sorry, whispers, “family heirloom”. 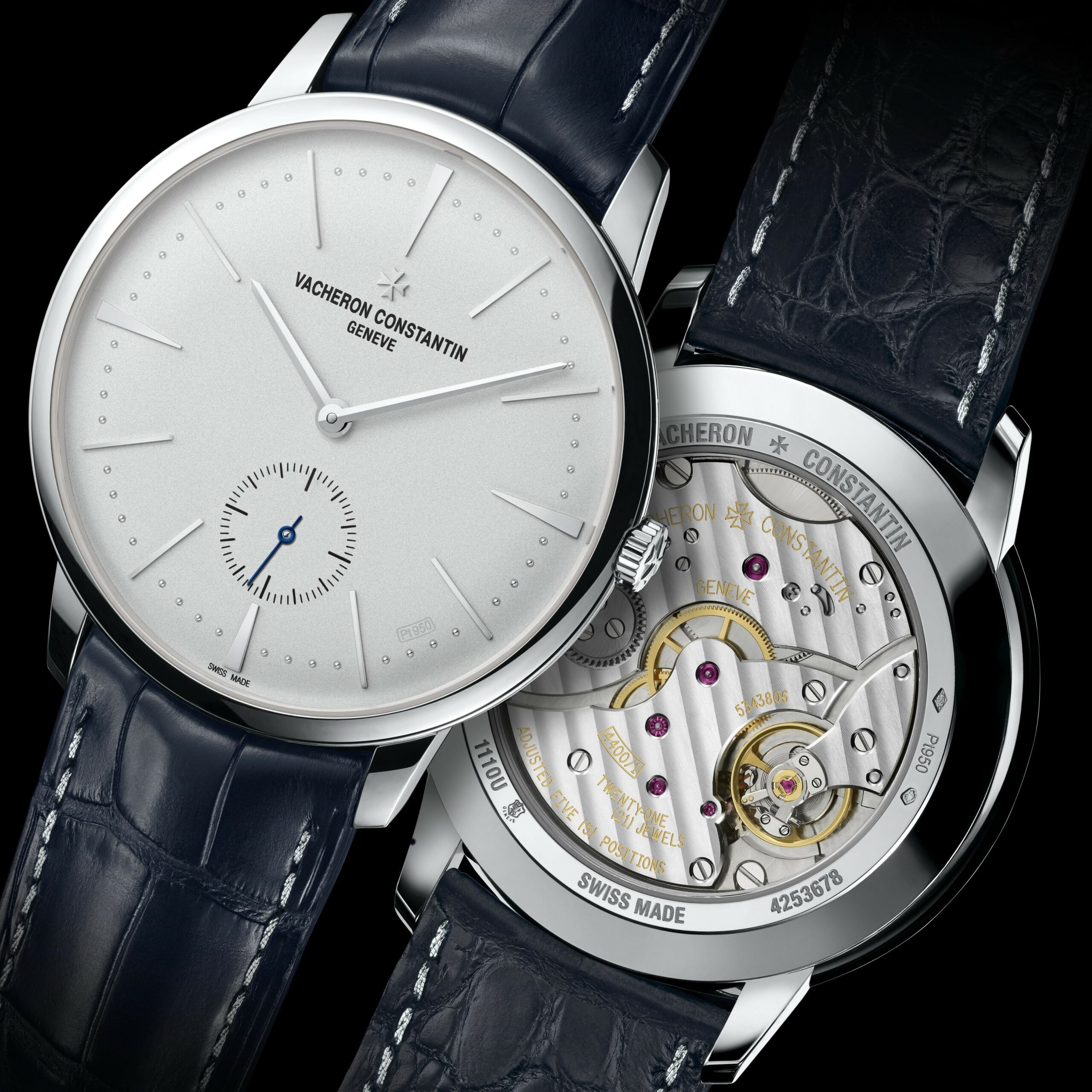 As much platinum as possible

The 42mm Patrimony Manual Winding with small seconds is a more contemporary take on a 1950s dress watch. Available in white gold, pink gold, and two platinum versions, the size would be considered XXL in the decade of its inspiration. The most striking platinum version shows the distinctive styling of Vacheron Constantin’s Collection Excellence Platine with not only the case, dial, and clasp, which are fashioned in 950 platinum, but also with the stitching of the strap. 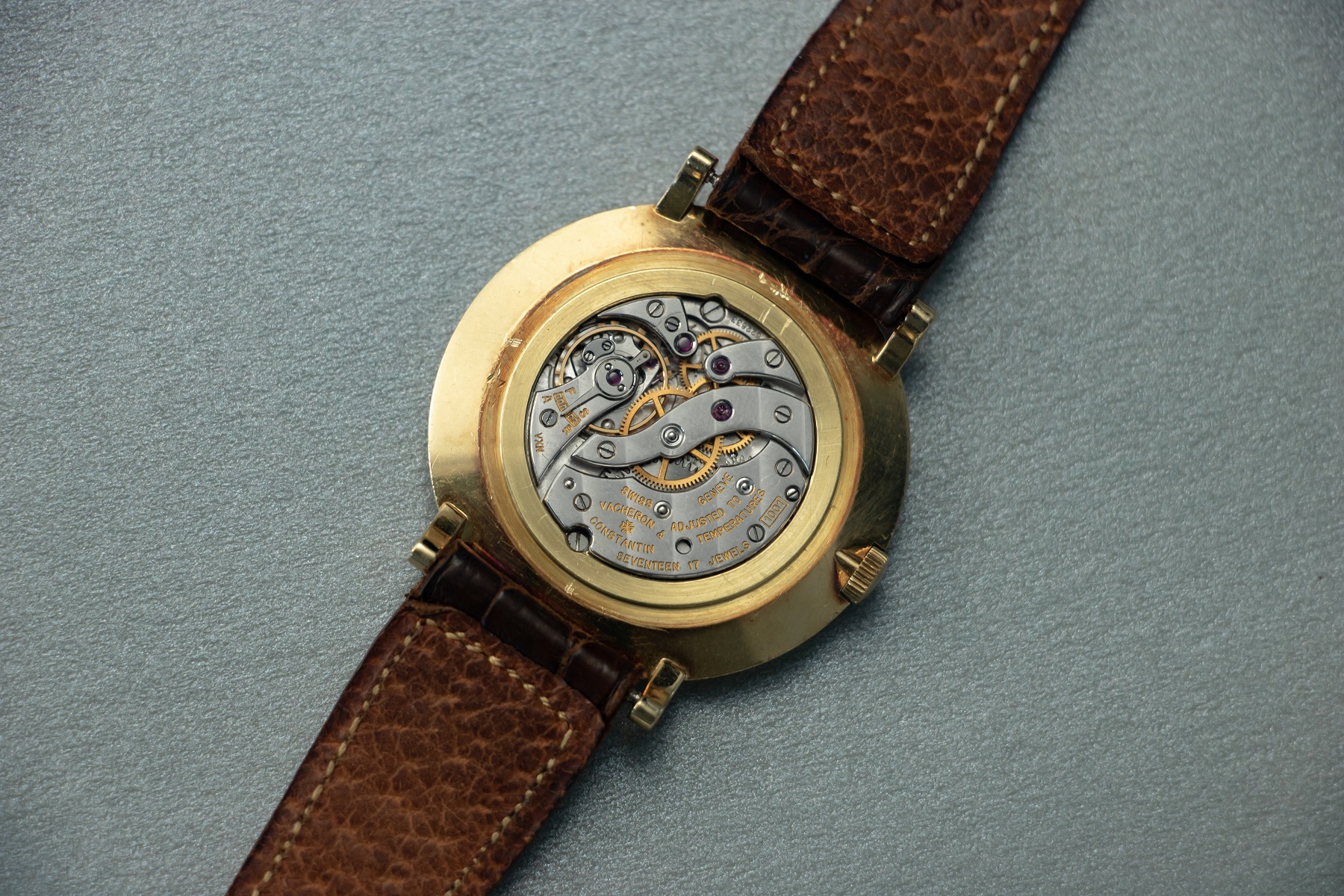 A flying saucer for inspiration

When we talk about the Vacheron Constantin Patrimony, we should also talk about the ref. 6006 “Disco Volante” a bit. This 1950s model is the basis of the collection, with its case shaped like a flying saucer. The term “Disco Volante” originated in the early 1950s to describe low and flat Alfa Romeo sports cars. After the cars came watches, such as the Audemars Piguet ref. 5093, Patek Philippe ref. 2552, and Vacheron & Constantin ref. 6006 with a streamlined flat case, a wide bezel, and a sunken crown. This was a futuristic design back in the day. The “Disco Volante” case, with its clean dial and its relatively broad bezel, is the blueprint for the current collection. 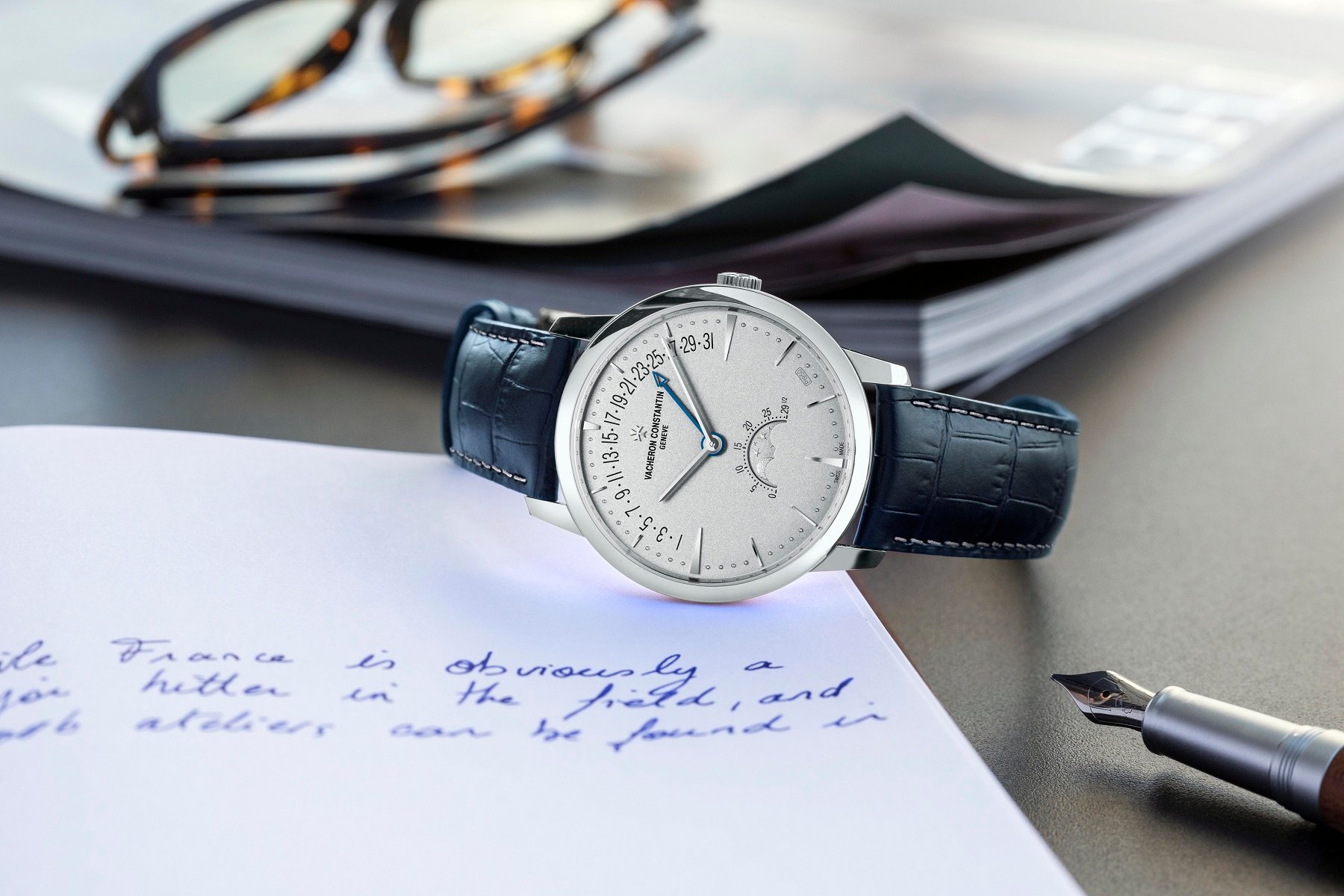 Traditional futurism with a modern twist

Although even the Patrimony Minute Repeater Ultra-Thin shares its understated looks with the “Disco Volante,” the modern Patrimony watches without complications are close relatives to the original. Even the Patrimony Moon Phase Retrograde Date has a tapered case shape that widens at the top. And even though there’s quite a bit of “action” on the dial, the minimalist approach dictates the subdued moon phase and the Arabic numerals that indicate the date. The symmetry of the composition is an expression of 1950s futurism with a contemporary twist. 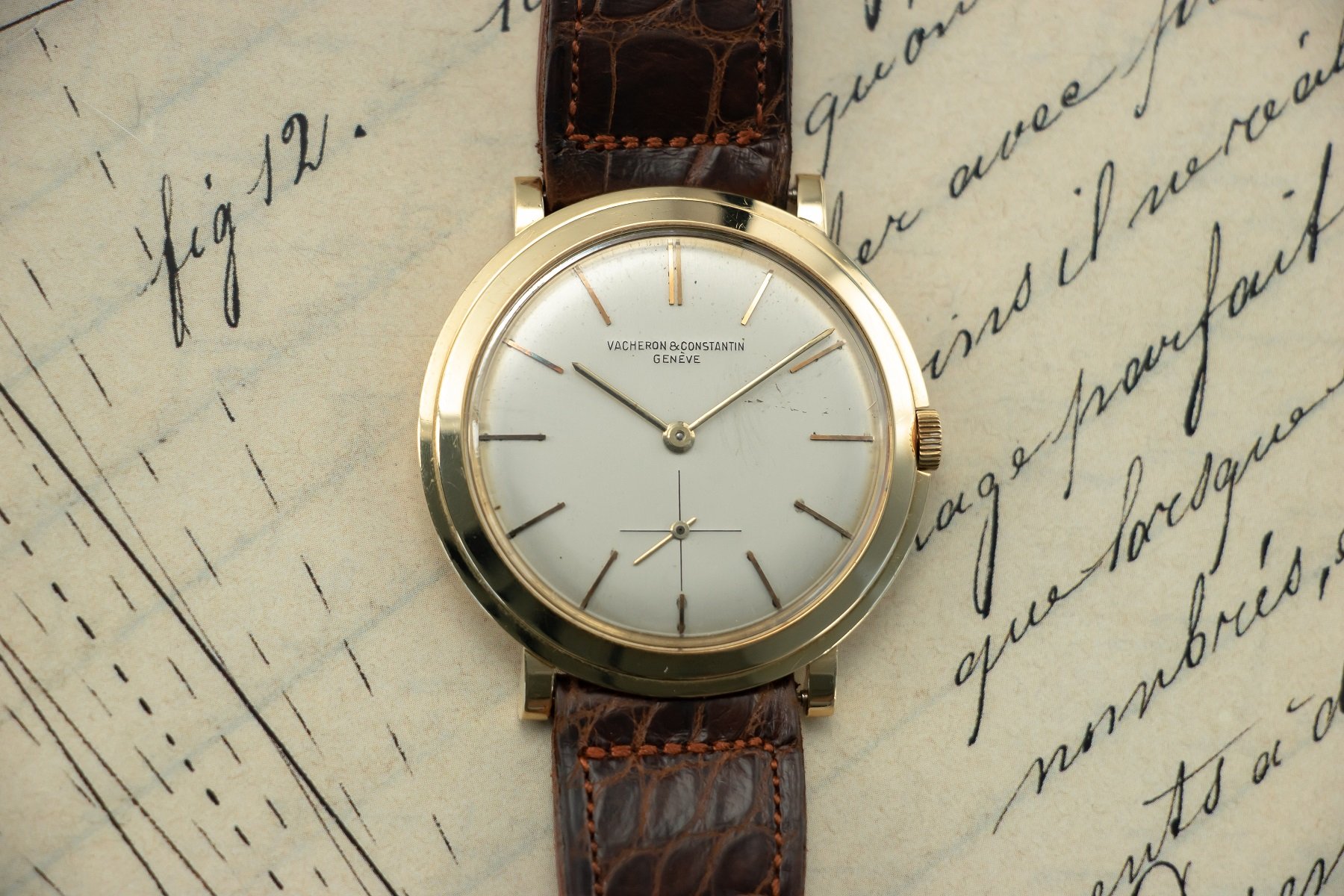 If you’re interested in or in the market for a Patrimony, what you want to ask yourself is whether you want to go look for a 1950s original or the modern iteration. A classic Vacheron Constantin Ref. 6006 in good condition could be a challenge to find, but when you do, it will go for around €4k. The modern watches from the Patrimony collection are easier to source, but prices start at €20k. Minimalism has its price, but the Patrimony captures the essence of fine watchmaking in a very pure form. The Vacheron Constantin Patrimony represents a style that simply won’t go out of fashion.