It’s been a busy first day back at the news desk after a nice little break, but one of the things I was excited to race back to work for was an interview with David Henderson-Stewart, the CEO of Raketa. That’s right, Raketa — perhaps the most visible Russian brand in its price bracket. I’ve been keen to learn how it was that an Englishman ended up as the head honcho of one of the industry’s most beguiling brands. Let’s find out together…

Rob Nudds: Morning David, thanks for joining us at Fratello. I get the feeling this is going to be an interesting chat that takes us down many paths so let’s dive right in: how did you find yourself in Russia in the first place?

David Henderson-Stewart: I come from London. As a young student in the ’90s, like many young people, I wanted to move abroad to discover new horizons. The Soviet Union had collapsed not so long before and the country was being rebuilt from scratch. It looked to me like a land of opportunities. That’s the reason I moved to Russia. I never regretted this decision and have enjoyed every single moment. The Raketa watch factory is typically one of the incredible opportunities that I encountered in Russia. 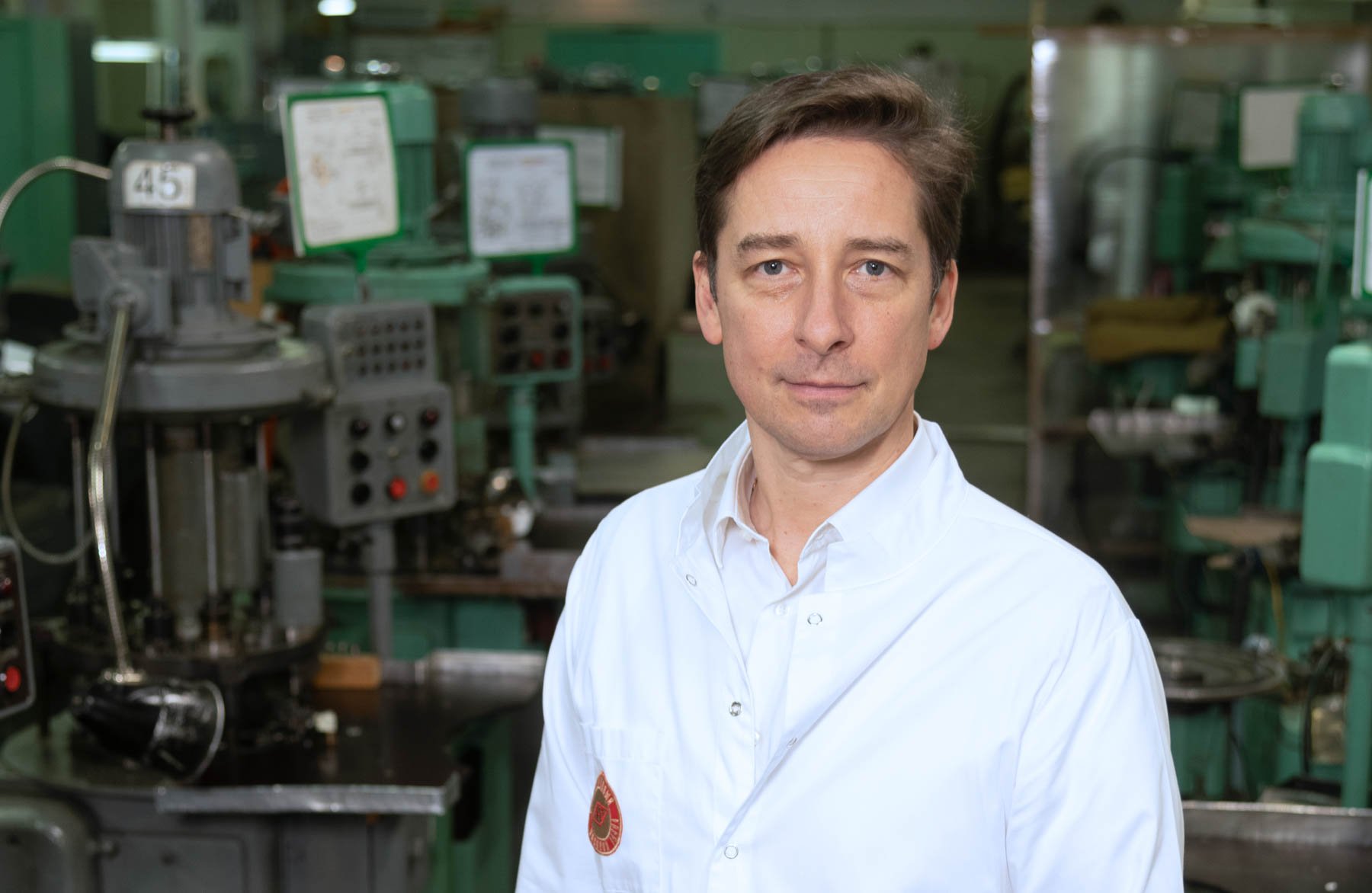 RN: When did you first become aware of the Raketa brand?

DHS: I knew absolutely nothing about watches. I discovered Soviet/Russian watches when I noticed that my friends, who visited me from abroad, often wanted to buy Russian watches. I became curious and discovered that Russia had an amazing history in watchmaking and that there were quite a lot of famous soviet brands with iconic watch models.

RN: What was it that drew you towards Raketa specifically?

DHS: I quickly realized that few of the Soviet watch factories had survived the difficult transition from the Soviet to the capitalistic economy. I discovered that there was a factory left in Saint-Petersburg called “Raketa watch factory”. I took a plane and I was absolutely stunned by what I saw. It was old people working in very difficult conditions having kept their factory alive thanks to their indomitable spirit and dedication to their craft. I also saw a brand with very strong values and iconic designs. And finally, I saw a fully-fledged watch factory that was still working. I immediately understood that this was incredible, even by Swiss standards. 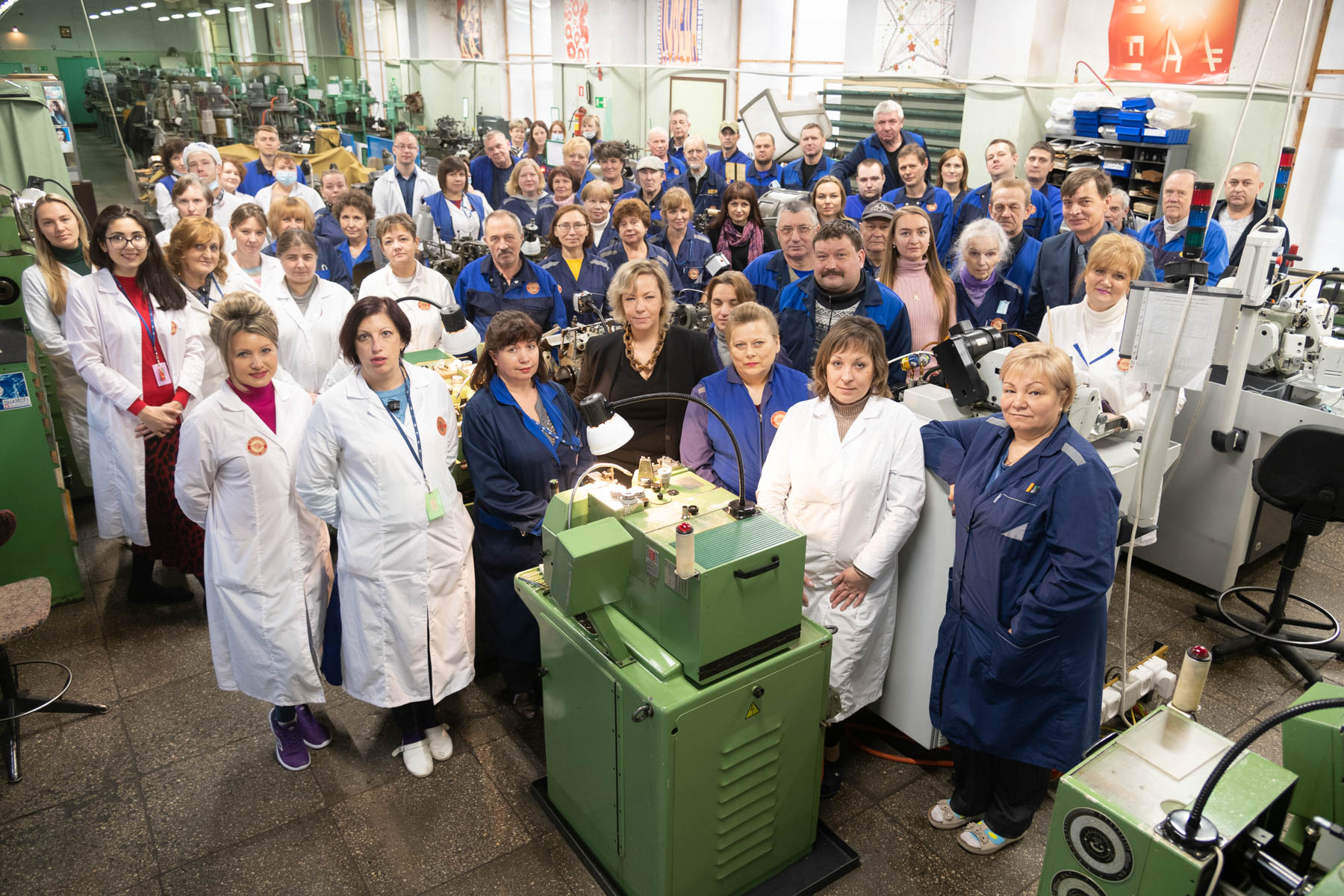 RN: How would you define the style of Russian watchmaking? What are its key tenets and what are the main priorities?

DHS: Russian watchmaking reflects the Russian mentality. Russians are very practical people: they make simple & sturdy constructions. Why make something complicated when you can make it simple? You must have heard of the story about the Americans spending over a million dollars to develop a pen that would work in space without gravity when the Russians simply used a pencil!

Usually, the more complicated something is, the more fragile it is. Russian professionals such as submariners and polar explorers need a watch on which they can rely at all times to survive in their extremely harsh working environments. That’s why Raketa watches have a simple but robust construction. The Raketa movement dates back to the creation of the Raketa brand in 1961 and has undergone few changes since then: exactly like the Russian “Soyuz” rocket launcher also developed in the ’60s, which, thanks to its simplicity, has become the most used space rocket in the world to this day. 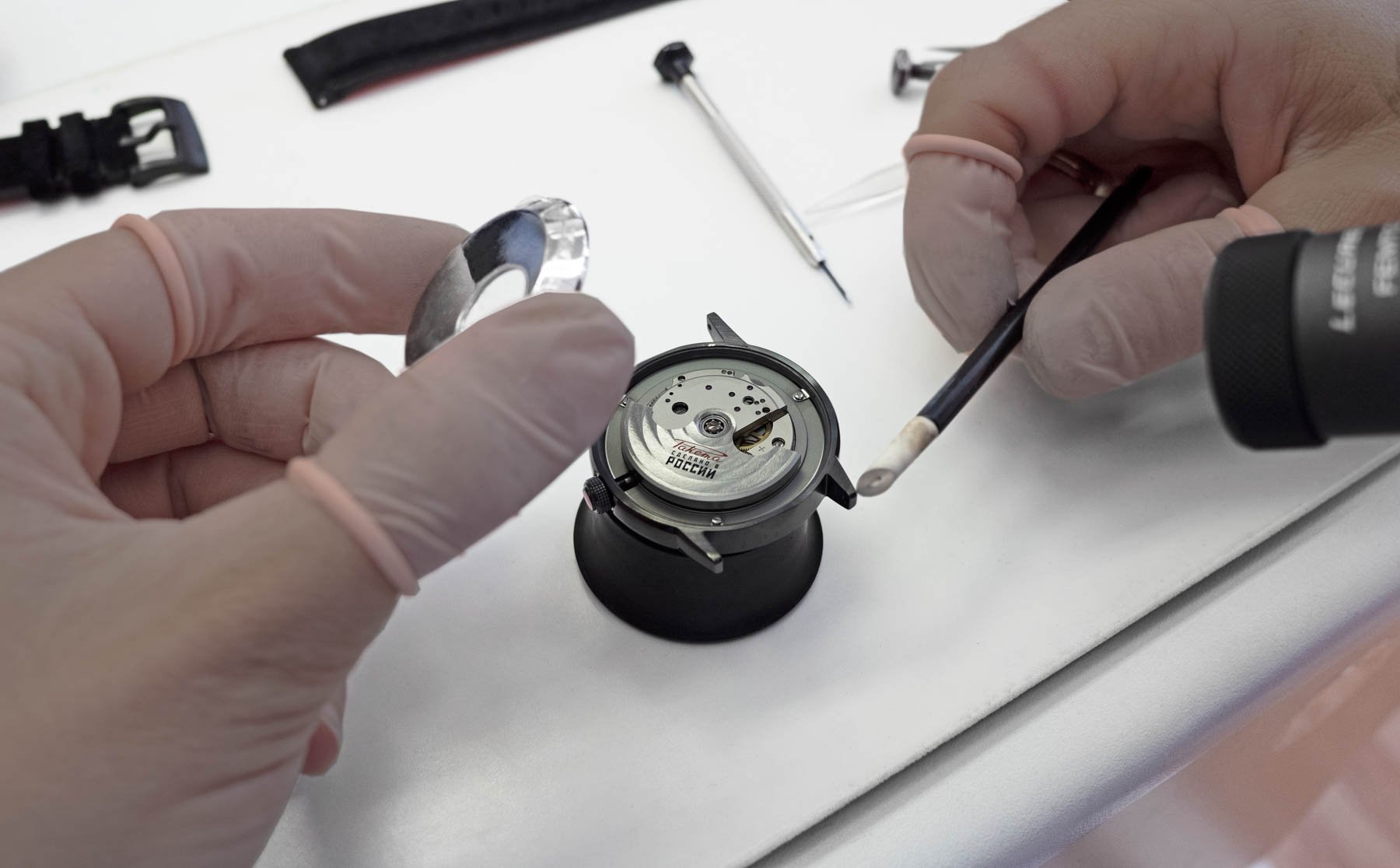 RN: Do you prefer the style of Russian watchmaking to that of the Swiss and Germans?

DHS: I prefer the style of Russian watchmaking because it has the power to generate very strong emotions. Indeed, Russian watches tell the story of all the incredible achievements of the Russian people in areas as different as space, art, exploration, science, fighter pilots, etc. For example, the Raketa watch for cosmonauts was developed together with the world’s greatest living cosmonaut — Sergey Krikalev. He broke so many records in space that he’s nicknamed in Russia the “Record Man”! Therefore it’s him that knows better than anyone else what kind of watch is needed by cosmonauts. He told us that Cosmonauts don’t really need chronographs and tachymeters. They essentially need a robust watch with one single complication — a 24-hour movement to allow them to distinguish night from day in the space station where they see 16 sunrises and sunsets every 24 hours. Raketa delivered by producing the Raketa “Baikonur” watch: a sturdy 24-hour automatic watch! 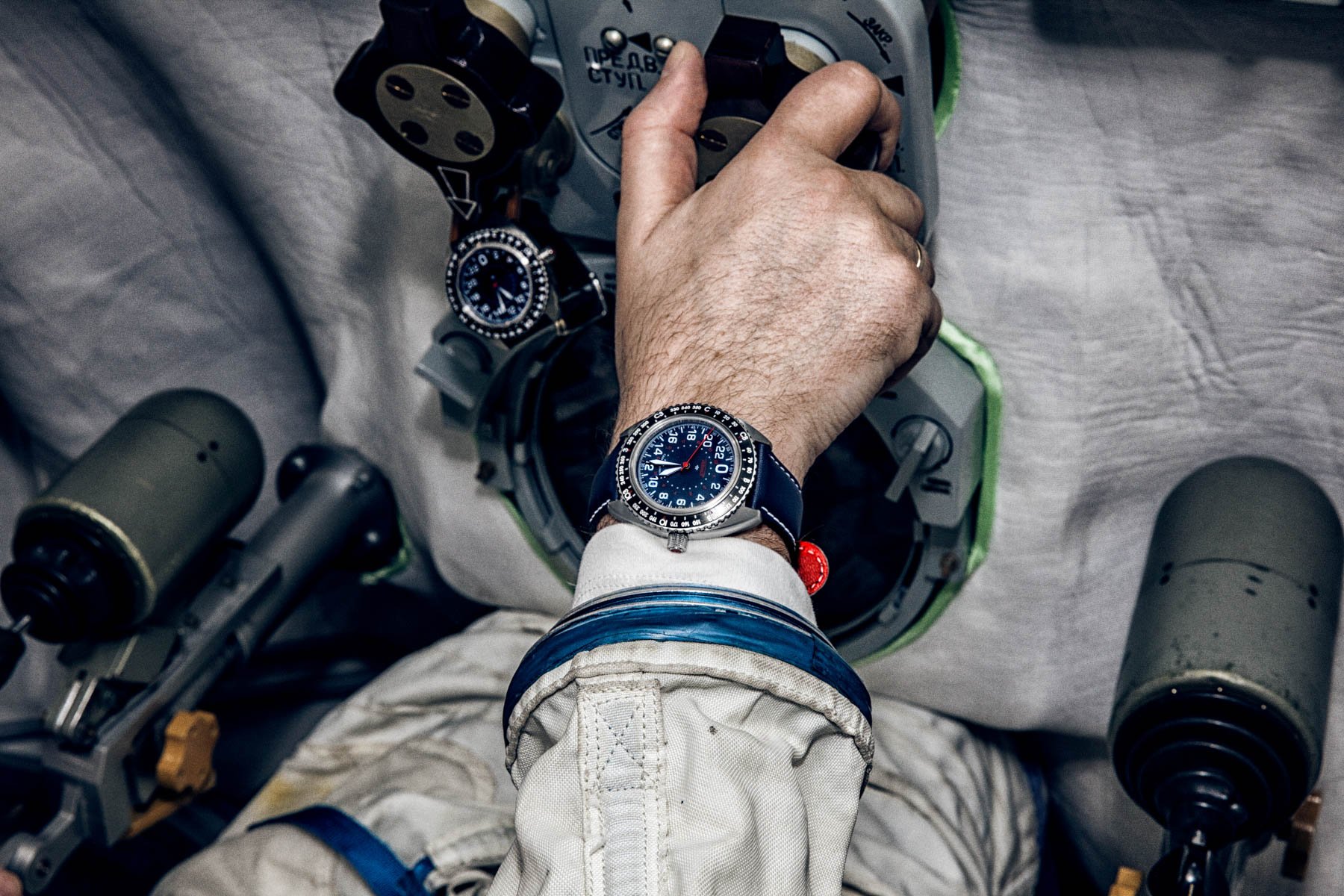 RN: Is there anything from the Swiss, or German, or even Japanese philosophies that you have adopted or might consider adopting for Raketa?

DHS: Not really. We want to keep Raketa’s authentic Russian flavor: in terms of values, designs, and in-house manufacturing. This is one of the reasons why you will not find “classic” watch designs in Raketa’s collection. Raketa watches have a Big Zero on the dial (instead of the conventional “12”), they have 24-hour movements, they go counter-clockwise, they have triangular and round hands on the dial, etc. Every single Raketa watch has its own strong identity and tells a very Russian story, whether it’s about the conquest of space, avant-garde art, or the exploits of the country’s famous submariners. The world of watches would be sadder if there were just Swiss and German watches. 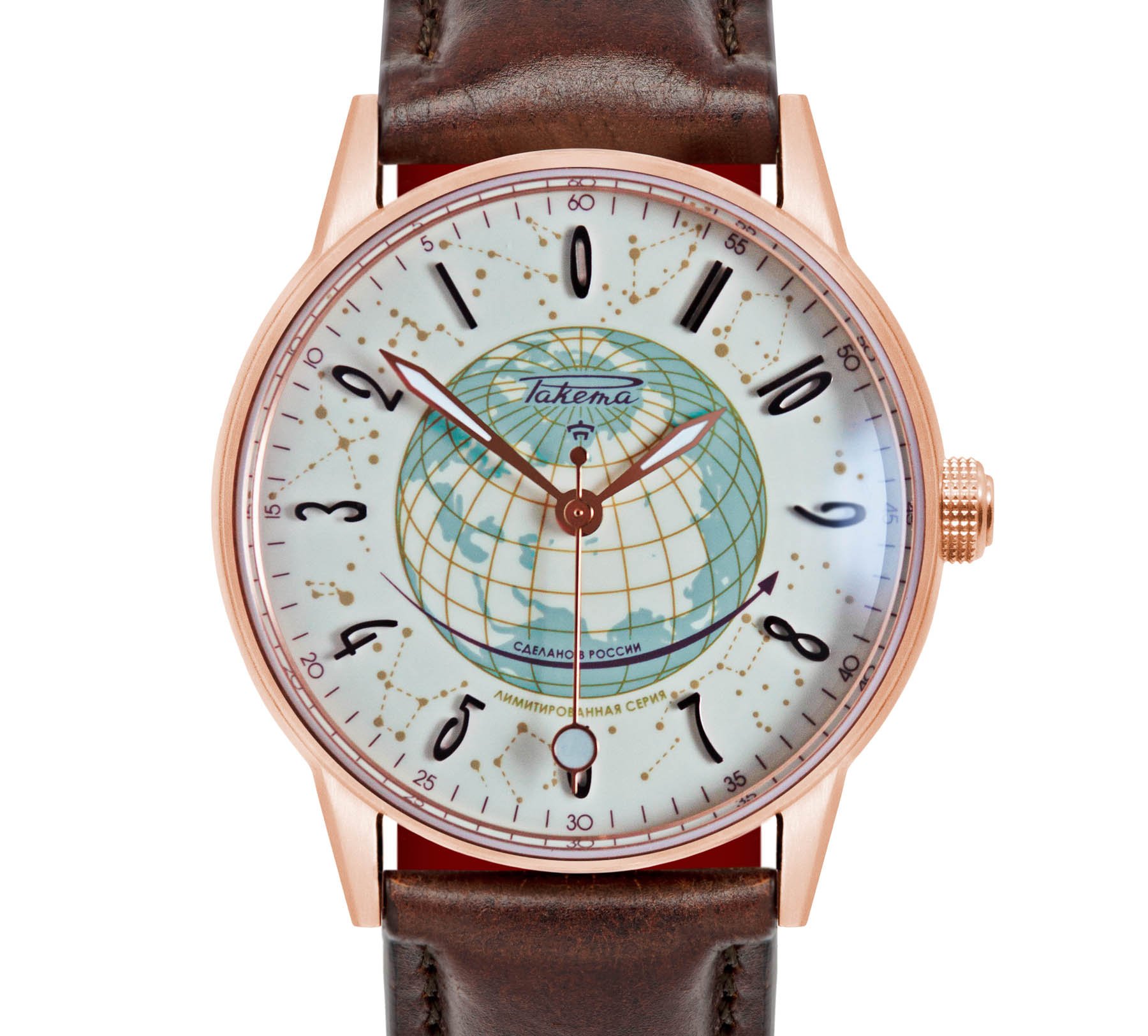 RN: What do you think the international perception of Raketa and Russian watchmaking is in general?

DHS: Russian watchmaking nearly disappeared after the Soviet Union collapsed. Most manufactures shut down and what was left fell into the “dark ages”. The world nearly forgot about Russian watches. For this reason, Russian watchmaking has to prove itself once again to the world. Today, after 10 years of very hard efforts, Raketa watches are repositioned as quality manufactured mechanical watches with authentic values and at a very affordable price point.

For example, Raketa’s watch for submariners, made from a real piece of metal of a Russian nuclear-powered submarine, was designed by the first commander of this Akula-class submarine and assembled with a highly decorated in-house manufactured movement, is offered for only €1,290 (without VAT). This is a very low price by international standards. 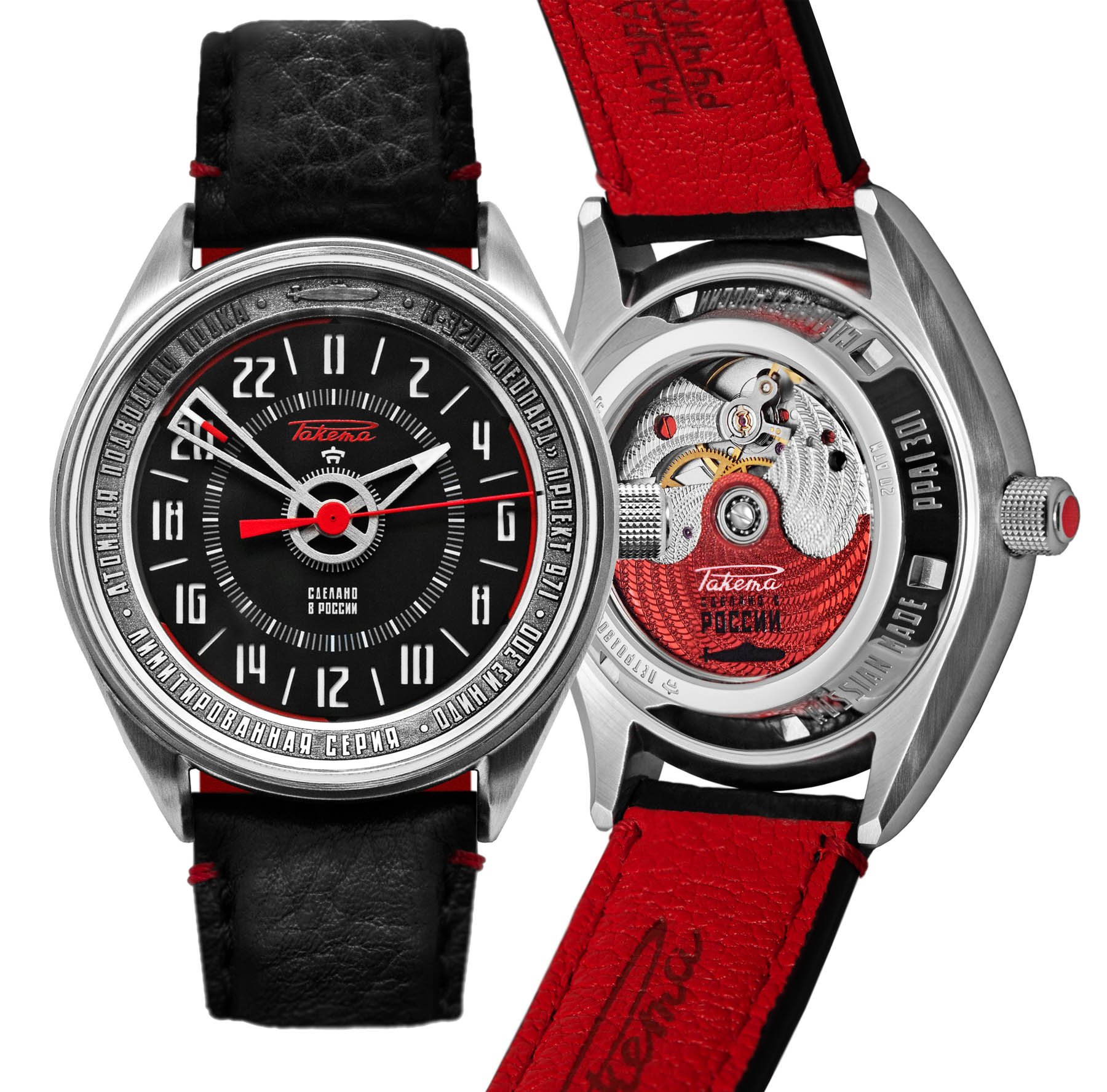 RN: As an Englishman abroad, how have you noticed differences in the general culture and the culture of watchmaking?

DHS: The Russian culture of watchmaking is very different from that of the Swiss. Over the past 10 years, we invited a lot of Swiss watch specialists to visit the Raketa factory: they were all amazed that Raketa produces highly precise watch components using old-school technology (that the Swiss stopped using a long time ago). For example, Raketa makes its own hairspring (the very heart and most complicated part of a mechanical movement) with a precision of 0.5 microns (i.e. 0.0005 millimeters!): we reach this incredible precision in a kind of “steampunk” factory where many operations are still performed by hand! The Swiss have a very different working culture. 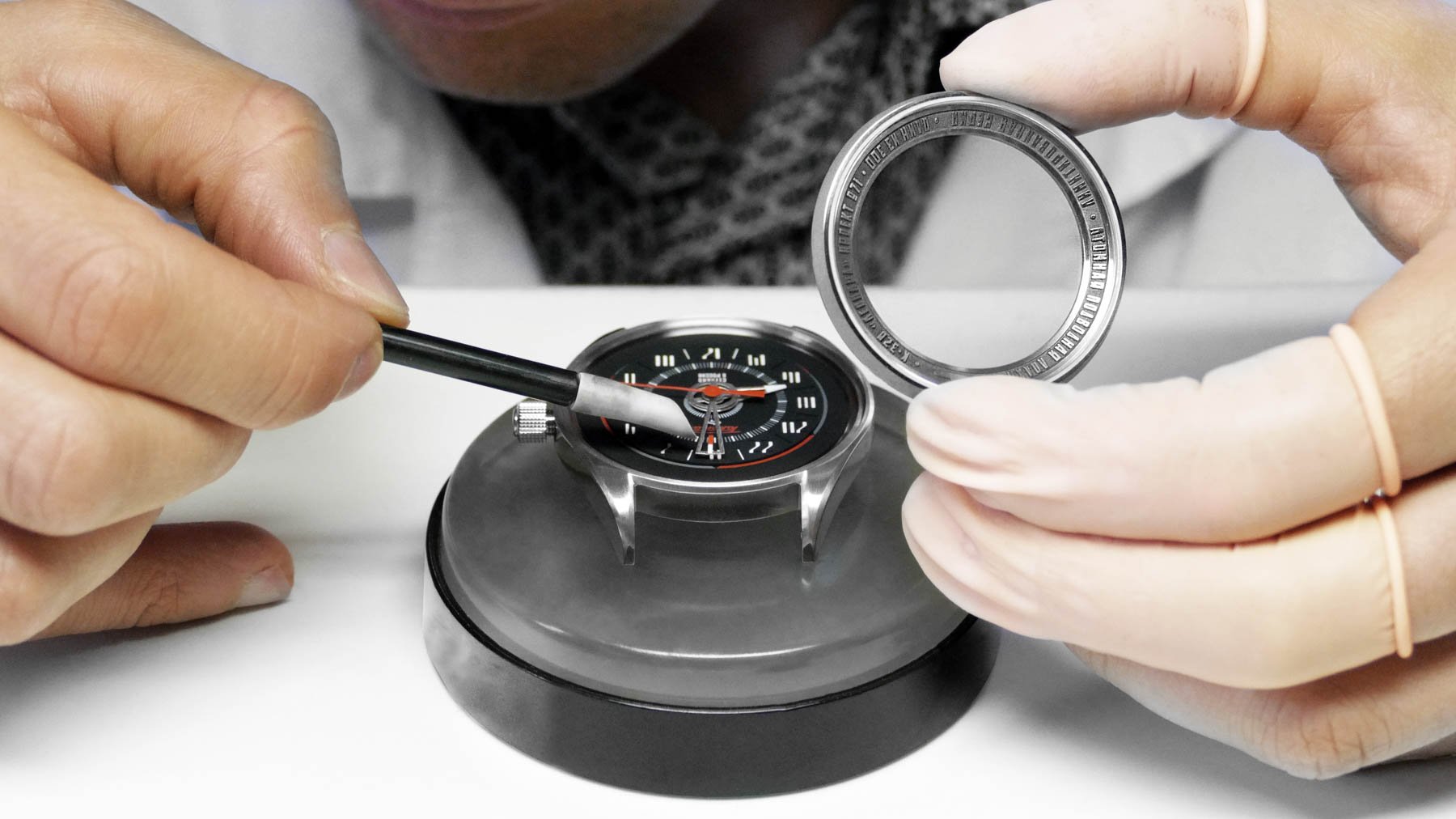 RN: Would you say it is easier to do business in Russia or harder?

DHS: Every year it’s getting easier to do business in Russia. It used to be much more difficult 10–15 years ago. I’ve personally never experienced any kind of difficulties with Raketa.

RN: Who do you think the greatest Russian watchmaker in history is? 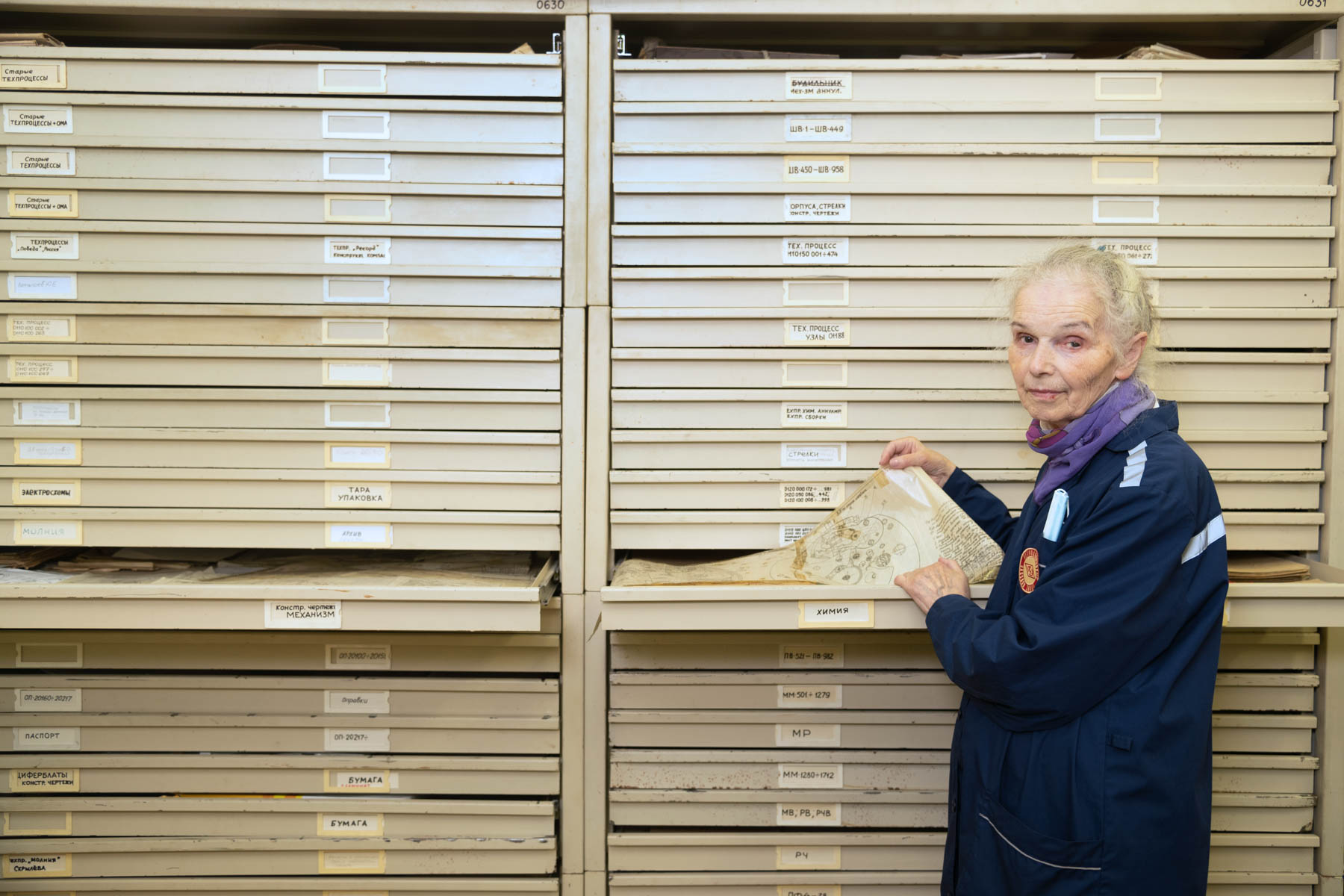 RN: How does Raketa plan to continue its international expansion? Will we see new watches tailored to a different audience or a complete adherence to the company’s existing ideals?

DHS: We will simply continue making in-house manufactured mechanical watches telling exciting and original stories, while at the same time keeping very reasonable pricing. This strategy is paying off since we are experiencing very strong growth worldwide. It would seem that more and more people value Raketa’s niche and authentic positioning.

RN: Do you believe in the future of brick-and-mortar retail stores and will that factor into your growth plans internationally? 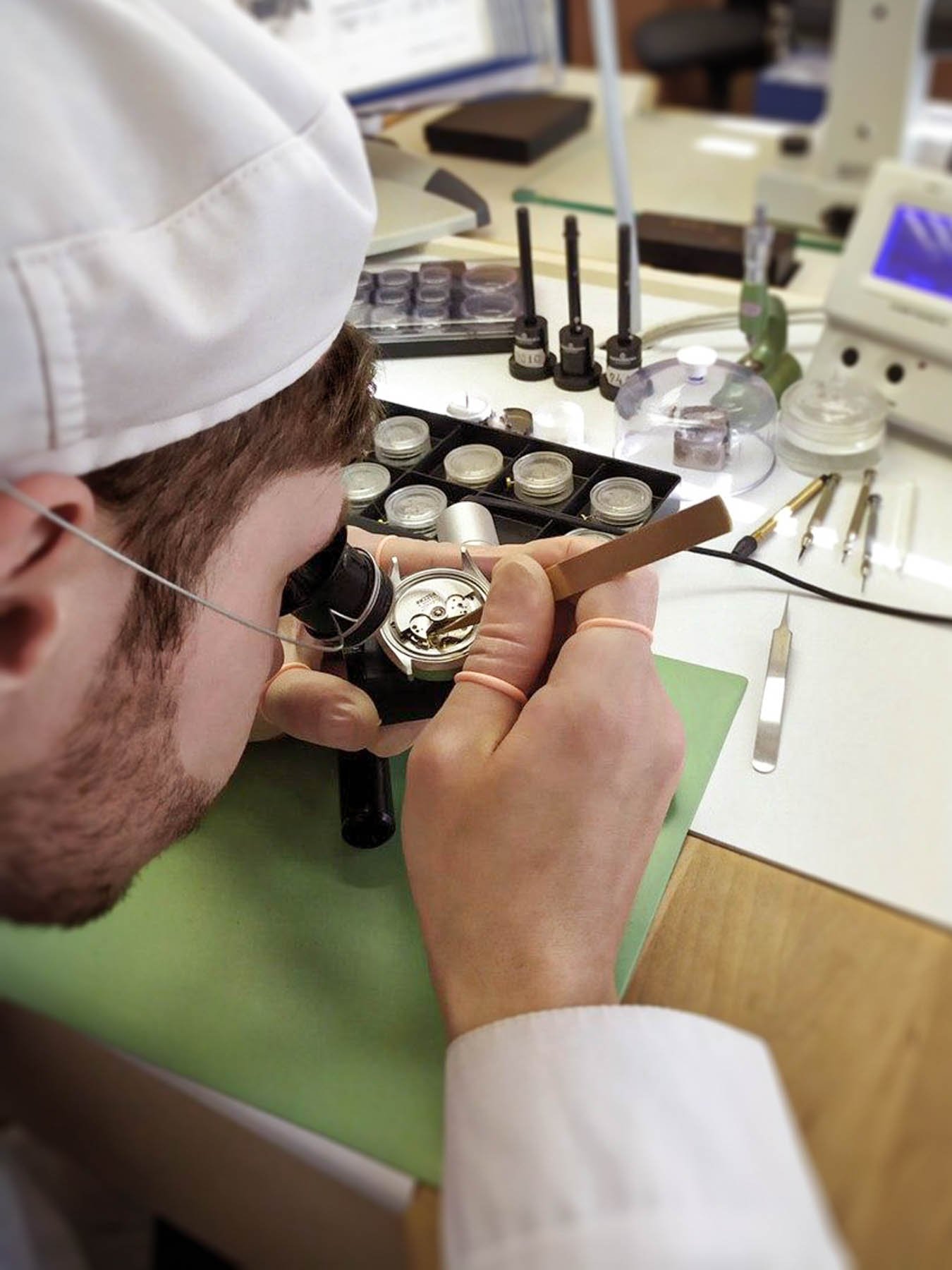 RN: Will we see any new movements from Raketa in the coming months?

DHS: No. We have 1 caliber and 2 complications (24 hours and counterclockwise direction) and don’t plan to release anything new. We don’t need to regularly produce new complications to draw attention to Raketa watches. The fact that Raketa’s movement is 100% in-house manufactured is more than enough to make it quite unique: it’s produced by Raketa for Raketa! You will not find this movement anywhere else. It’s also a movement with a very strong Russian “soul”.

Firstly, by its engineering design: Russian engineers used original solutions that are often different from those used in Swiss movements. Secondly, it’s a very Russian movement by the materials used: all the metal, as well as the 24 jewels of the movement, come from Russia. Even the hair-spring, the very heart and most complicated part of the movement, is cast from a secret Soviet alloy. For all of the above reasons, we don’t feel the need to add a “tourbillon” to our movement to make it more interesting or to establish Raketa’s legitimacy in the field of watch manufacturing. 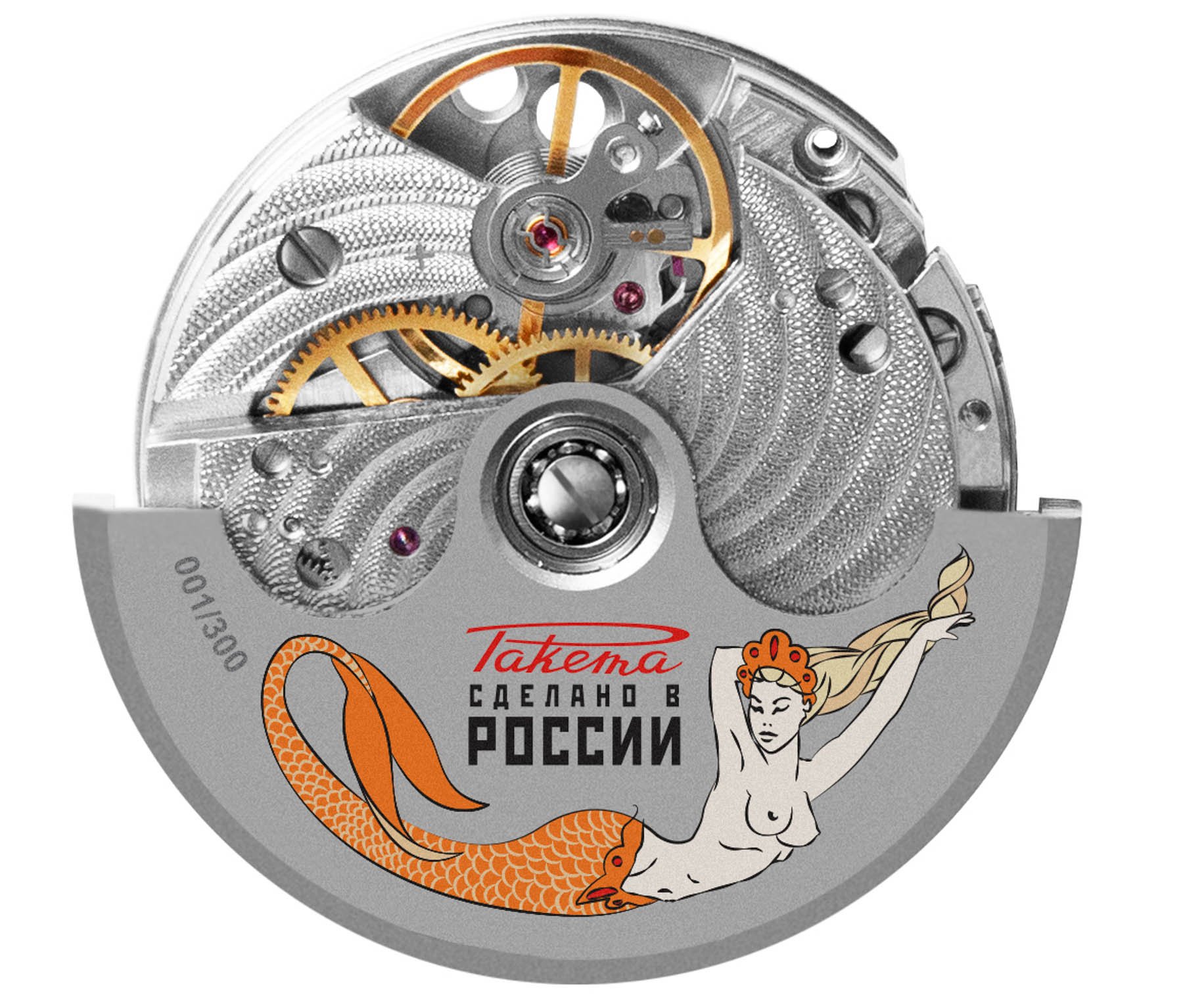 RN: What is your favorite thing about living and working where you do?

DHS: Everyone at Raketa is passionate about his work, whether it be in designing, producing, and marketing watches. We try to make watches that will generate strong emotions by making you experience the world of avant-garde art or of Russian submariners. We have many new collaborations in the making at the moment, that are linked to space and fighter aircraft. Basically, we have fascinating stories lined up to come out in the next couple of years. It’s a child’s dream come true!