Is this watch for your wrist only for roughly €1,450?
Michael Stockton
comments 24
Share
Game, Wrist Game
Shame, Crying Shame

My name is Game, Wrist Game. Or is it Shame, Crying Shame? The name of this column, double agents, is up to you. Today, we reach back to a 1981 movie in celebration of a film that debuts today. I guess you know the theme, but do you know the watch? It’s the Seiko 7549-7009 Golden Tuna and do I expect you to talk? No, I expect you to vote! But first…

Last week, I shook you and I stirred you with the Tudor Heritage Chrono, a watch that paved the way for the brand today. Despite comments almost as ugly as “Jaws,” you felt that this watch is still as hot as Ursula Andress on the set of Dr. No. A full 79% voted for this watch that boasts nearly as much color as a box of Sour Patch Kids. Now, let’s hop in our yellow submarine and enjoy the Seiko 7549-7009 Golden Tuna. 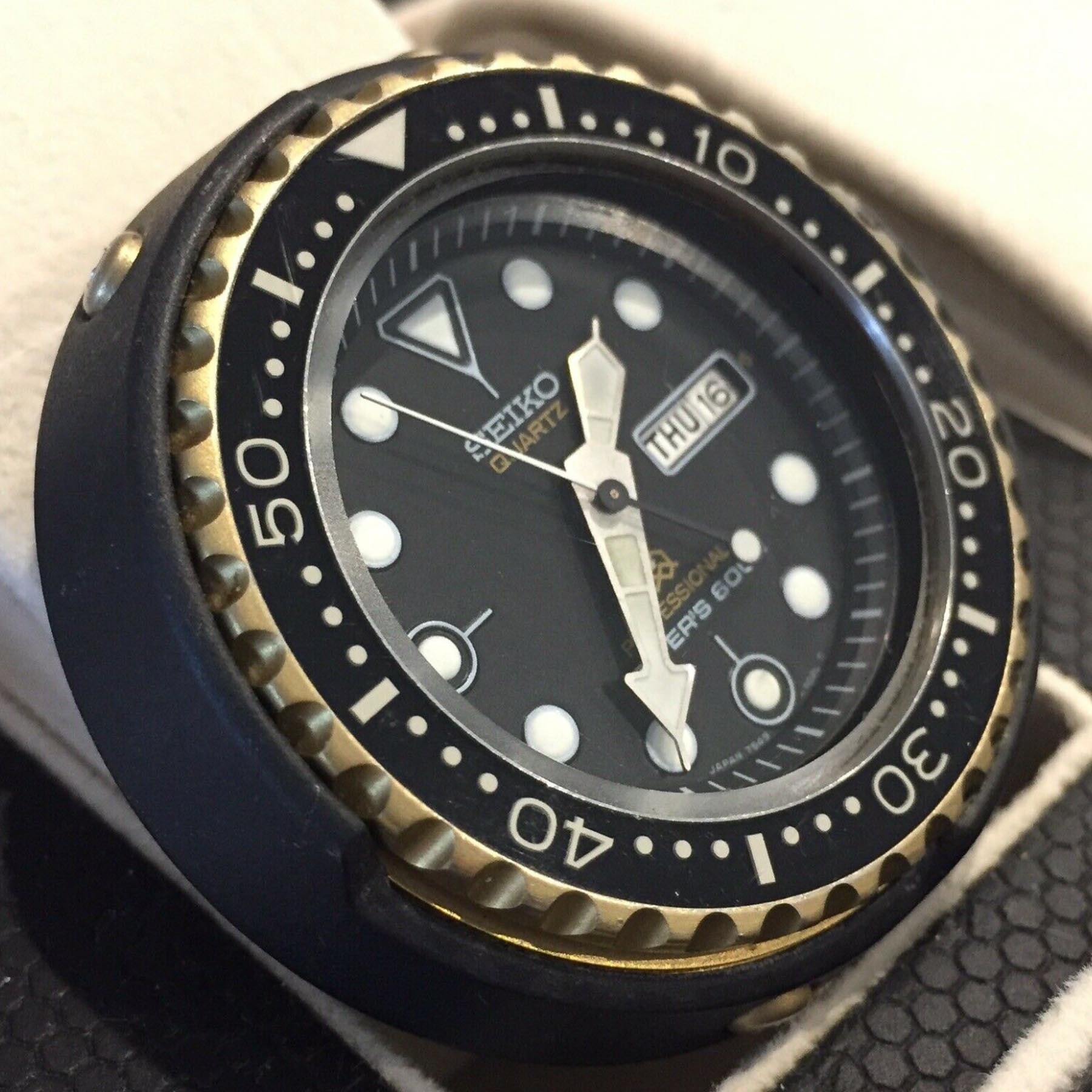 It seems that some folks like to do things the old-fashioned way, so I’d expect those who enjoy a mechanical watch to desire today’s watch as much as I liked “On Her Majesty’s Secret Service.” Seriously, hipsters, that film is depressing, long, and slow — don’t try to convince me otherwise. In 1978, the Seiko 7549-7009 debuted and became the world’s first quartz-powered saturation diver. I wrote an article about the watch during its 40th anniversary year, where you can read all about the history. The 7009, as it turns out, is the “rest of world” edition, which means that a trip to Universal Exports could have scored you one of these. It was easily identifiable by its “SQ” logo above 6:00, which stood for “Seiko Quartz.”

Surely, this unique-looking 600-meter titanium diver boasted the kind of hardware that could easily defeat the sharks in “The Spy Who Loved Me.” However, that’s not why we’re here with this piece. In 1981, Bond, in the guise of Sir Roger Moore, made a move that was shocking, positively shocking. He ditched his Rolex for, you guessed it, the Seiko 7549-7009 in “For Your Eyes Only.” 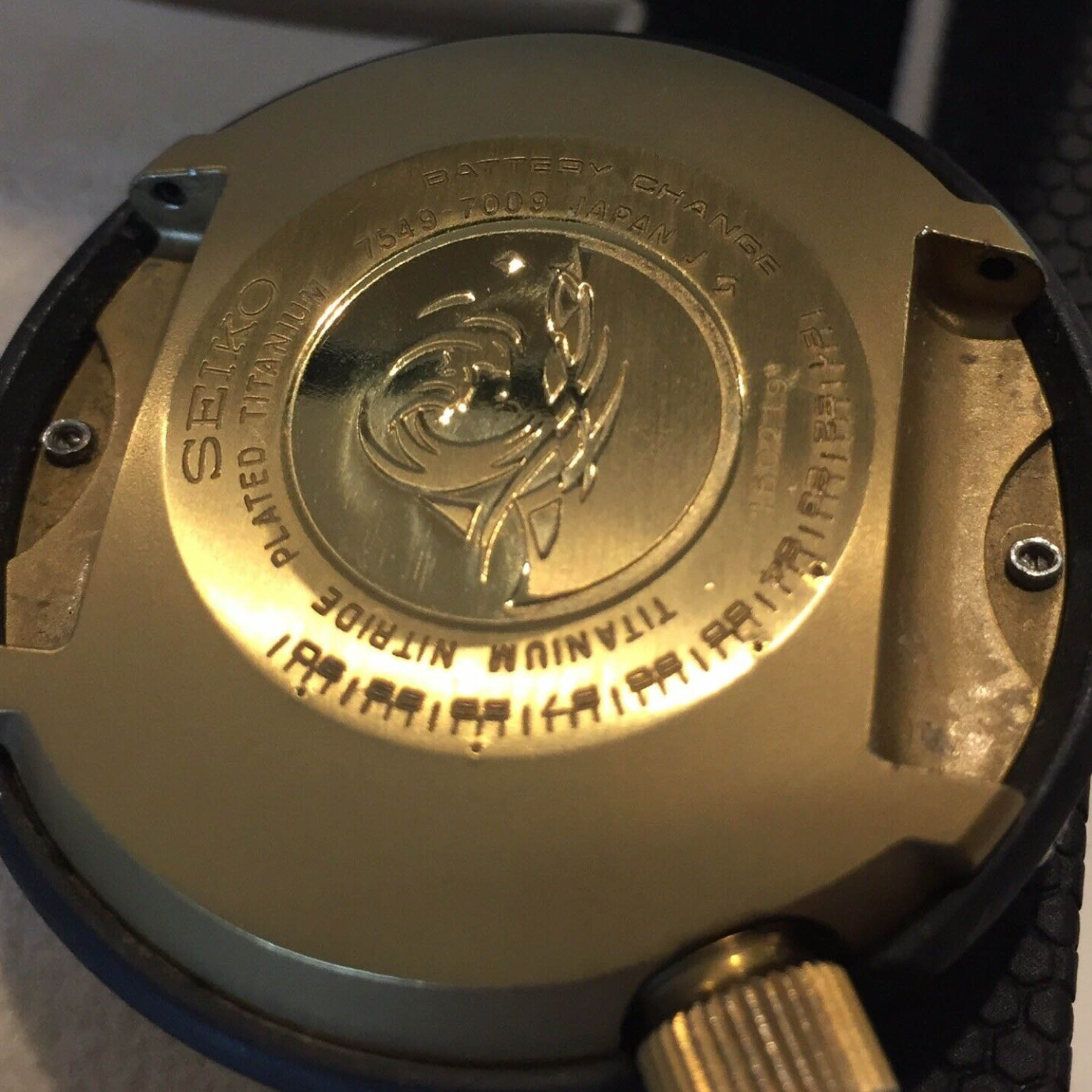 For Your Eyes Only

Granted, the watch wasn’t outfitted with a Geiger counter or a buzzsaw, but it looked the part with Bond’s yellow uniform. You can head to one of our favorite sites, James Bond Lifestyle, to read all about the scenes. Honestly, the movie was so-so, but wow was that Sheena Easton opener something else! Regardless, this has cemented this Seiko diver’s status as a “Bond watch,” and that counts for something.

Now, I featured a Seiko Tuna Spring Drive model just a couple of weeks ago but bringing the Seiko 7549-7009 Golden Tuna in shows us that Christmas doesn’t only come once a year. Look, I’m a huge fan of this watch and even though it’s 49mm, there are no lugs to speak of. It makes an entrance when you’re traveling as sort of, ehm, a licensed troubleshooter. Plus, it has gold nitride, which sounds like something one could and should use to poison their archenemy. 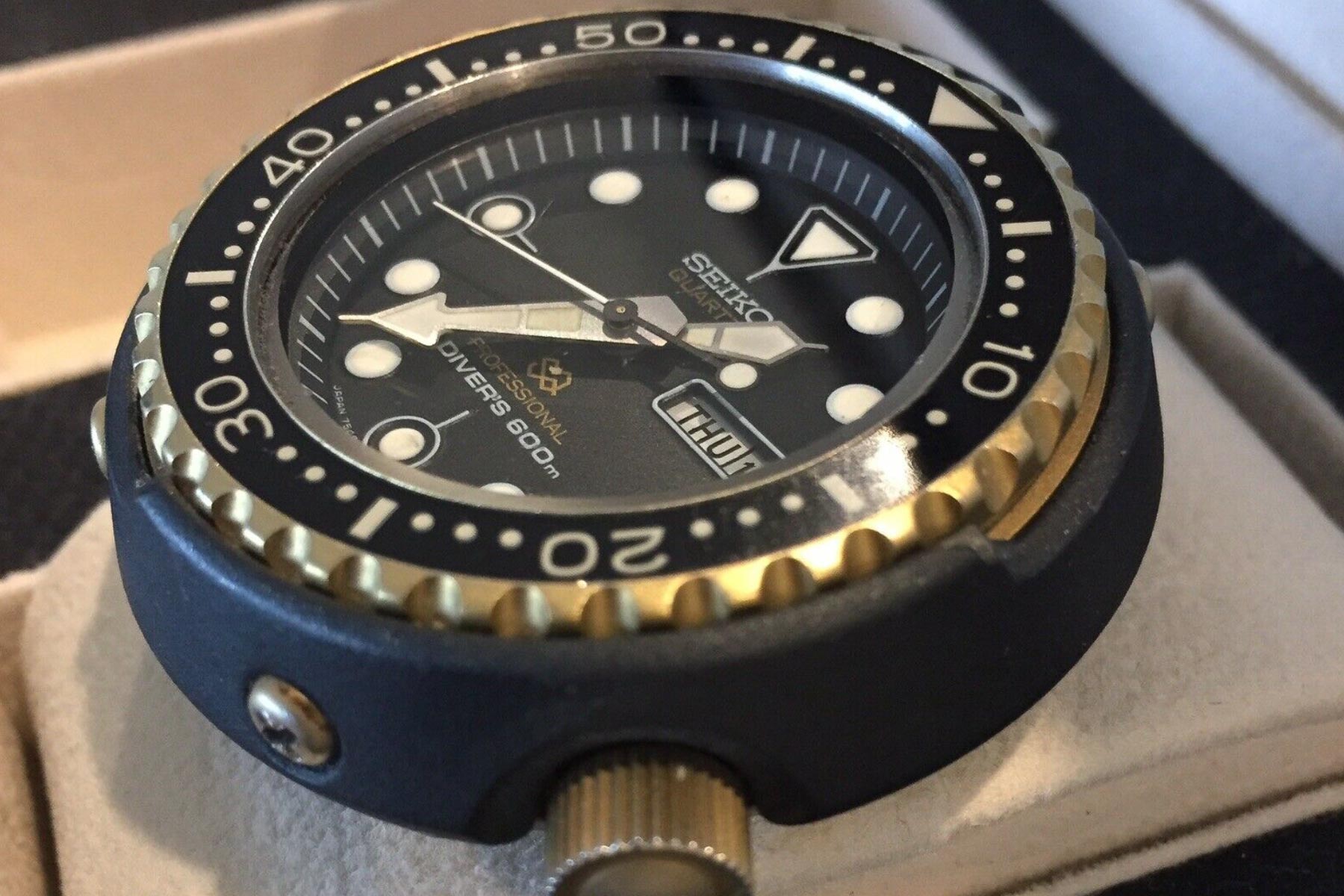 A better move versus listening to the Beatles without earmuffs

The vintage market has been about as kind to the Seiko 7549-7009 Golden Tuna as I would be in a review of “Never Say Never Again.” Ugh, that was a real stinker, but this watch is about as hot as a burgundy Lotus Esprit with skis on its roof. If you own that car, by the way, you need this watch because they come from the same movie. Take solace in the fact that this watch will prove to be far more maintenance-free. 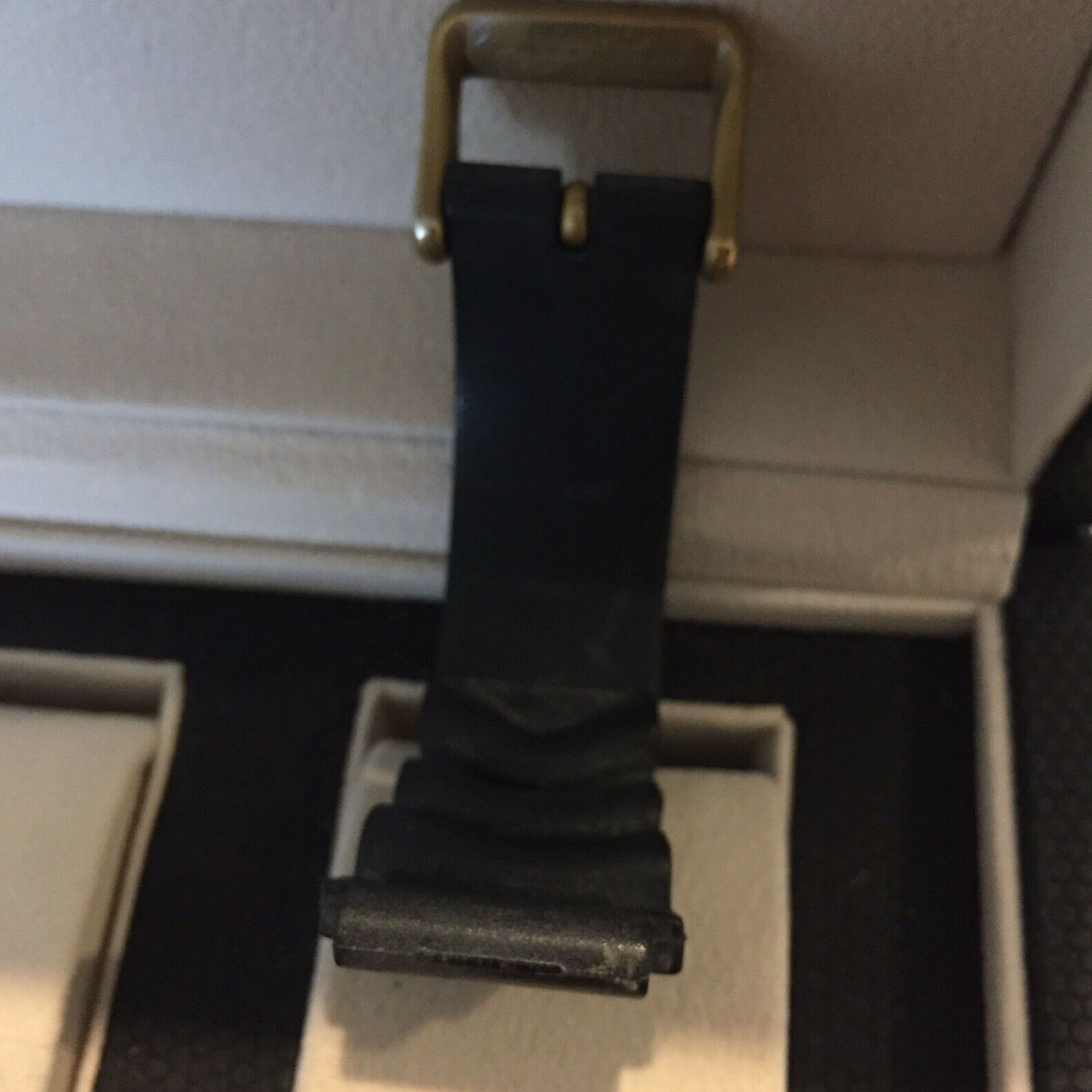 Our mission today is a Seiko 7549-7009 Golden Tuna that hails from the land down under. The photos are on eBay and the watch and photos are from the seller. The watch is listed as a 1981 model, but the owner has wisely obscured the serial number. The watch appears to be in fine shape with a lovely dial. There are issues, though, that just might lead to its (sky)fall. The strap looks more aged than Sir Roger in “A View to a Kill.” The strap redeems itself, though, just like Grace Jones did for that movie because it has its original gold-tone buckle. A flat vent strap should be easy to find. The seller tells us that the watch runs well (or did), but now requires a new battery to power its glorious 5-jewel caliber 7549 engine. That’s a bit of a bummer because your local “Q” will need to sort out the front loader. The watch is on auction and it currently sits with no bids at below €1,450. That’s not dirt cheap, but this has a nice shroud, bezel, dial, and crown. Many do not…

So, here we are, all excited for a new movie, and you have the opportunity to do at least one Bond-related task today. I send you this story from Frankfurt with love, so what will you choose?

Hot Topics
Introducing: The New Seamaster Professional 300M 60 Years Of Bond — With A Special Animated Case Back
105 comments
Are You Still After An Omega × Swatch MoonSwatch?
84 comments
It’s Time To Invest In A Dress Watch — Our Picks From Breguet, Omega, Grand Seiko, And More
72 comments
The Rolex Waitlist Conundrum — How Much Will The Price Of Your Watch Increase While You Wait?
50 comments
The Best Omega Speedmaster Watches Of 2022
40 comments
Popular
Rolex GMT-Master History And Overview Of All Major References
Robert-Jan Broer
18
New Hamilton Intra-Matic Auto Chrono – An Introduction (with live pictures)
Balazs Ferenczi
12
You Asked Us: Rolex Submariner vs Omega Seamaster
Robert-Jan Broer
24