Following the cancellation of the Geneva Automotive Salon and Breitling Summit, during which Breitling had planned to launch the new Breitling for Bentley Premier Mulliner Limited Edition, a new communication strategy was quickly put in place. Unusually, it had nothing to do with the communications department of the brand.

You can say what you like about Georges Kern, but since he’s come on board, Breitling has been nothing short of dynamic. That personally-driven dynamism continued as the effervescent CEO “leaked” news of his brand’s latest release via his personal Instagram account. This follows the pattern of the Breitling 765 AVI 1953 Re-edition announcement. Although it may cause a serious headache for his marketing department, which has now been sent into overdrive as it tries to catch up with the big reveal, I quite like this approach. It is open. It is direct. And it is consumer-centric. Skepticism may well have abounded upon Kern’s recruitment and his first steps in the role. A couple of years down the line and all that skepticism seems to have melted away. Instead, we’re just a bit in awe. 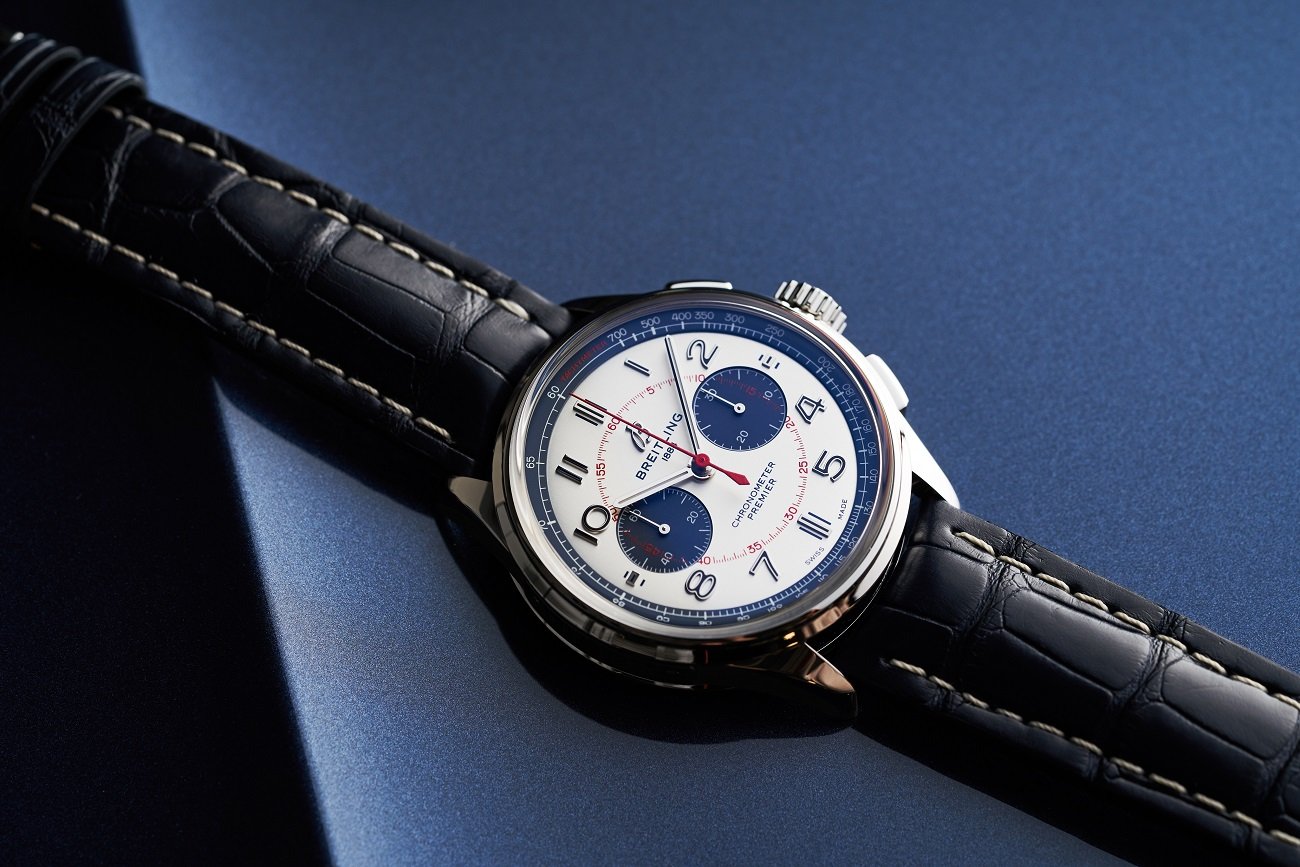 The Breitling for Bentley Premier Mulliner Limited Edition takes inspiration from the also newly launched Bentley Continental GT Mulliner Convertible. The launch dates may coincide, but the watch also signifies the 17-year partnership between the two marques. The Breitling and Bentley collab has endured longer than any other car and watch brand. Not always with successful results, with the 49mm, mesh-bezel chronographs being my least favorite. But still, I respect how well they have aligned their products and design ethos. 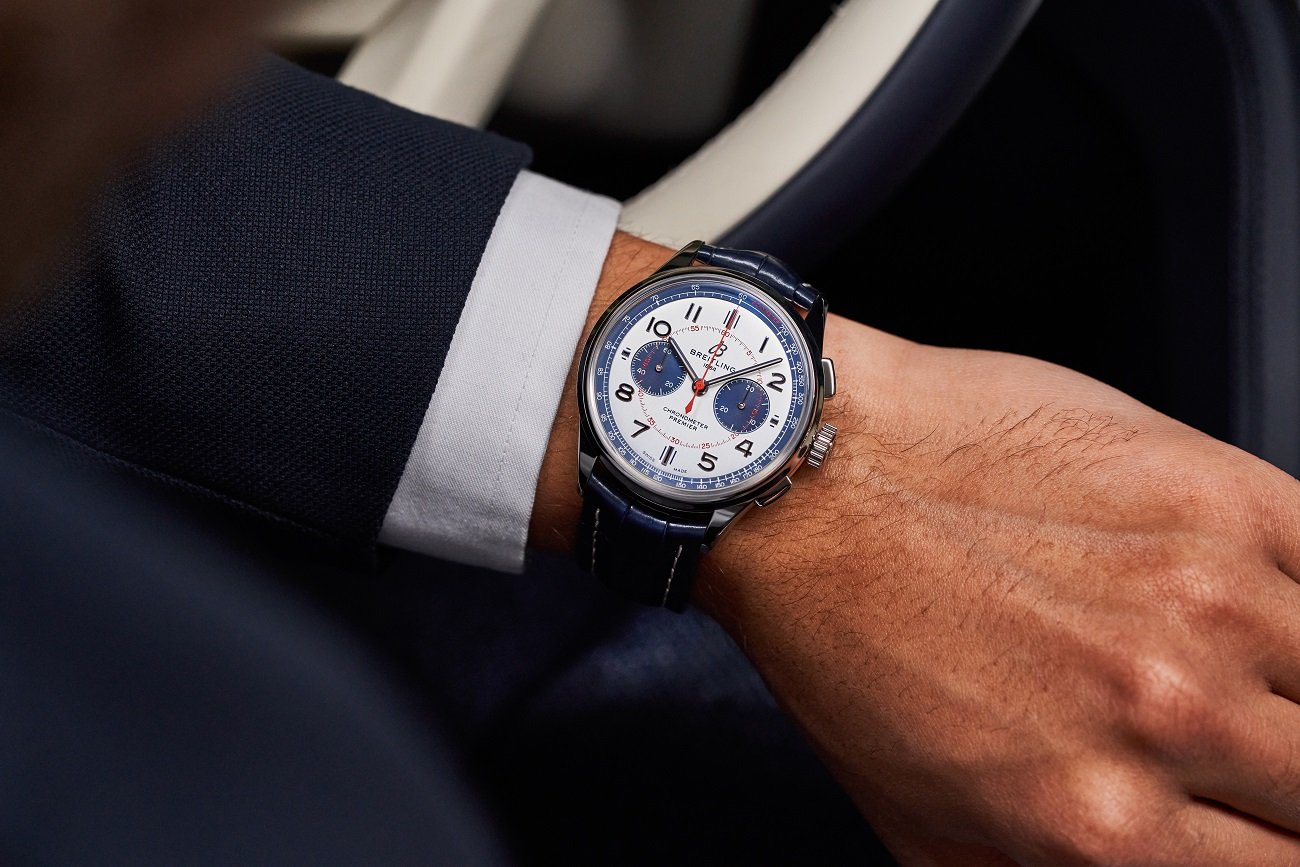 The new Breitling for Bentley piece certainly has a more understated look. It not only complements the car but also shows the new direction in which Georges Kern has steered the company. Launched in late 2018, the Premier was a well-received collection, plenty of heritage but slightly dressier than the Aviator 8. The Mulliner limited edition has dual sub-dials with the 30-minute totalizer at 3 o’clock and the running seconds at 9 o’clock. Yes, there is no hour totalizer, but the bi-compax layout brings symmetry to the dial. And look ma, no date! 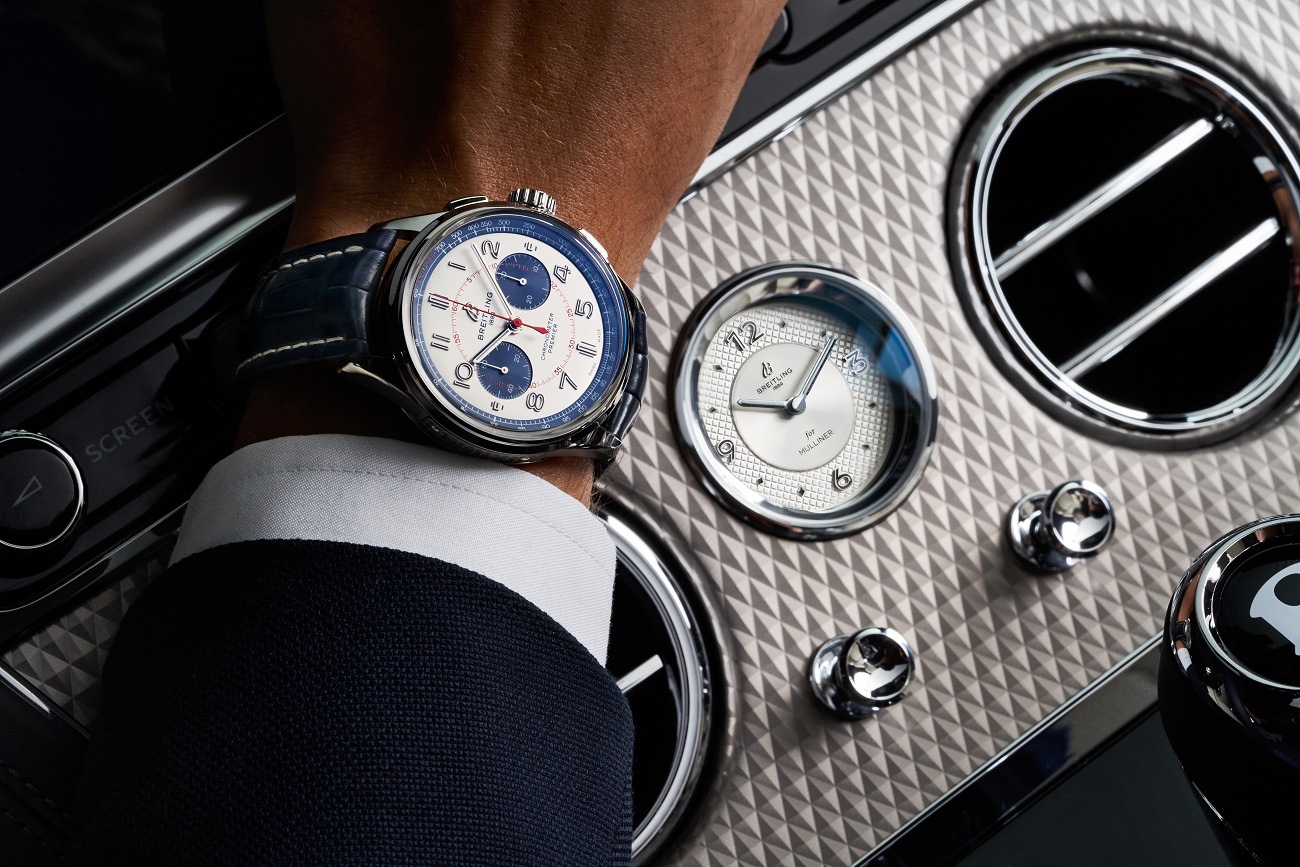 The combination of the steel case, blue tachymeter, silver-brushed dial, and blue sub-dials makes for an icy cold mix. But the dash of red for the chronograph seconds hand brings the dial to life. Alongside this, the sector seconds that overlap the sub-dials (but not too obtrusively) add to the dial vibrancy. Collaborations aside, this new watch is essentially a new colorway of the Wheels and Waves Premier released in 2019. With it are the numerals similar to the Norton limited edition, which is, sadly, a now-defunct British motor company. 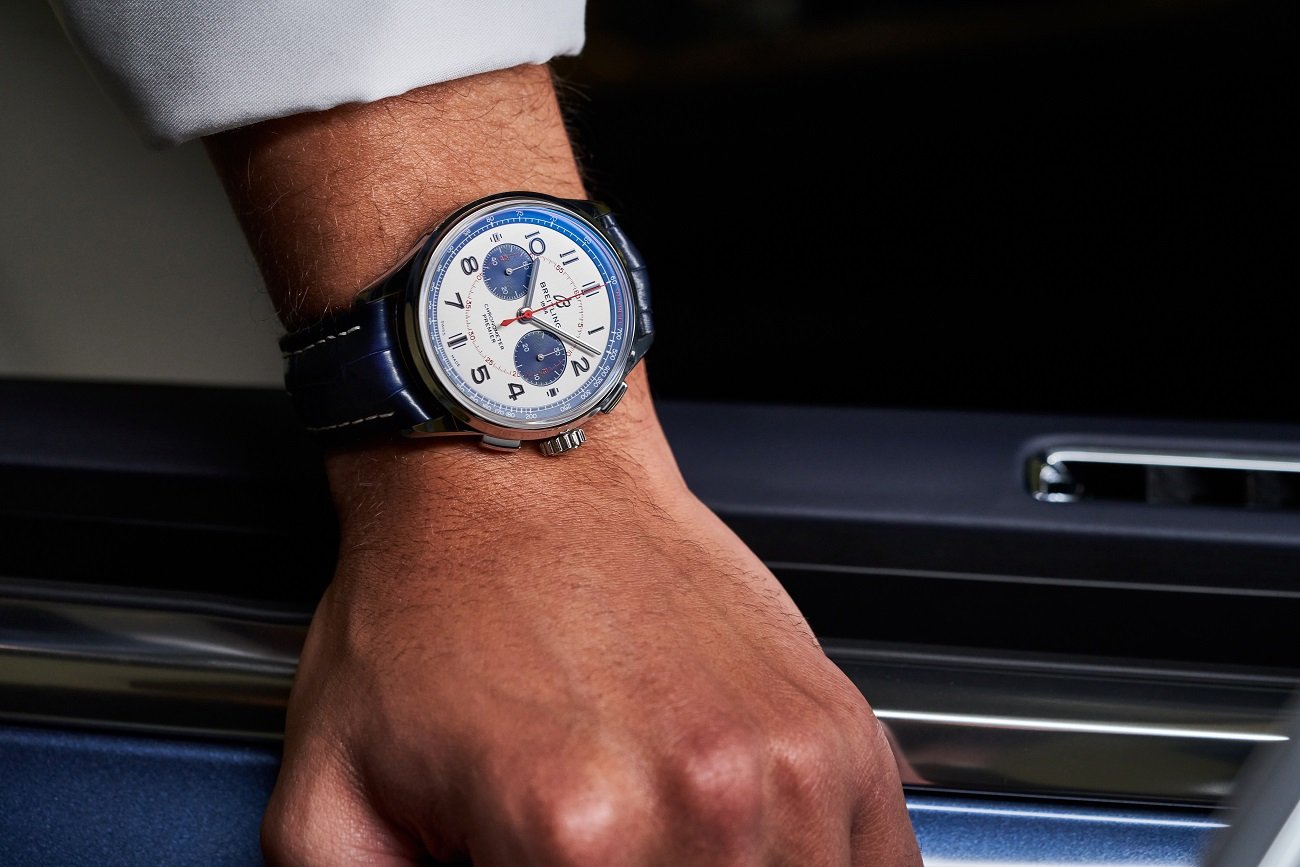 One of one thousand

Which brings me on to a trend that lets it down for me: Breitling insist on stamping “ONE OF 1,000” on each Limited Edition watch. Rather than a unique number that could be specified by loyal clients, such as 13 of 1,000. I am not sure how this benefits Breitling. They still need to stamp the unique serial numbers on each case. Most will not mind, just worth nothing in case buyers are fooled into thinking they have number 1. Complimenting the luxurious theme of the Bentley is the supplied blue alligator strap with contrast white stitching. Limited to 1,000 pieces, the Breitling for Bentley Premier Mulliner Limited Edition retails for £7,000 or €8,000. 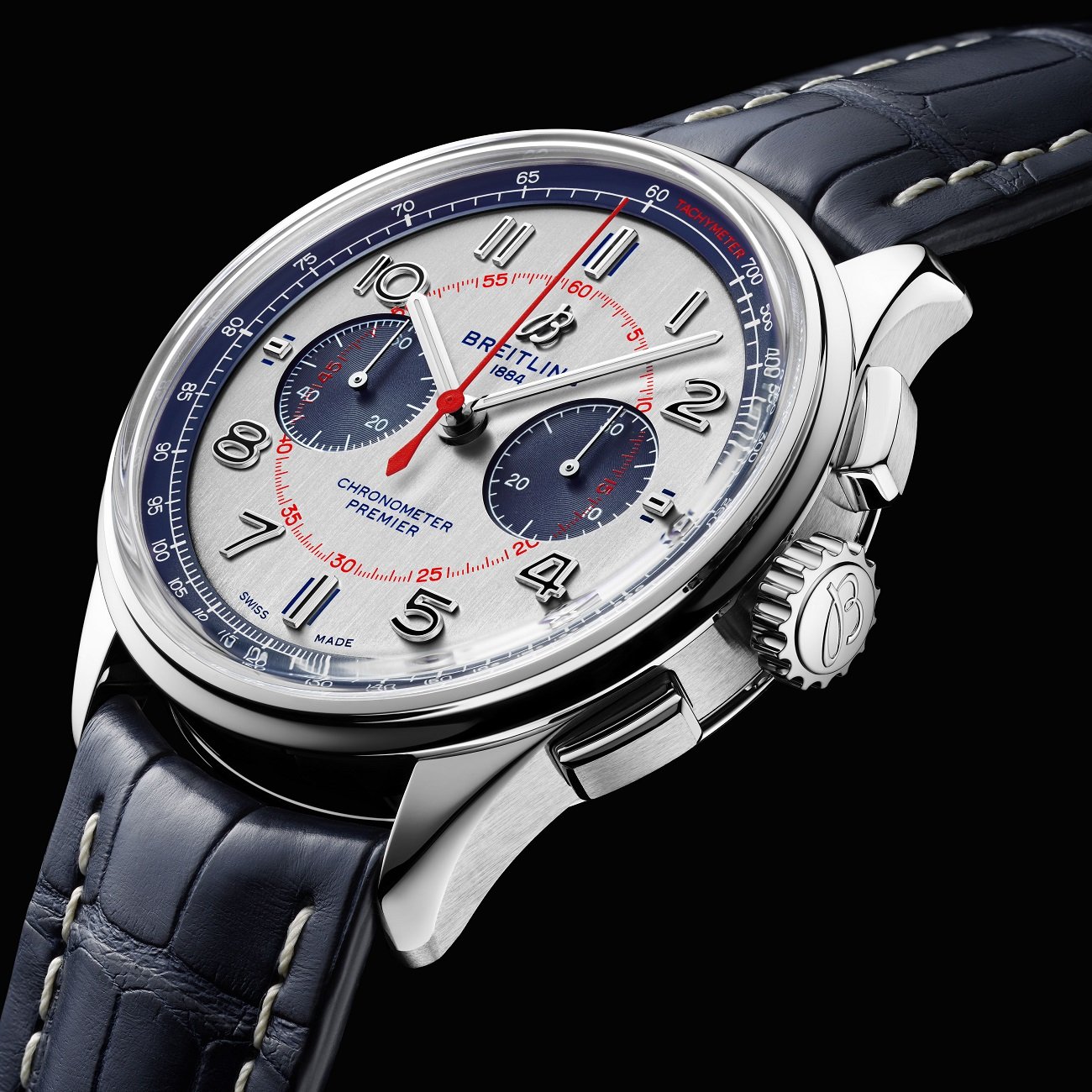 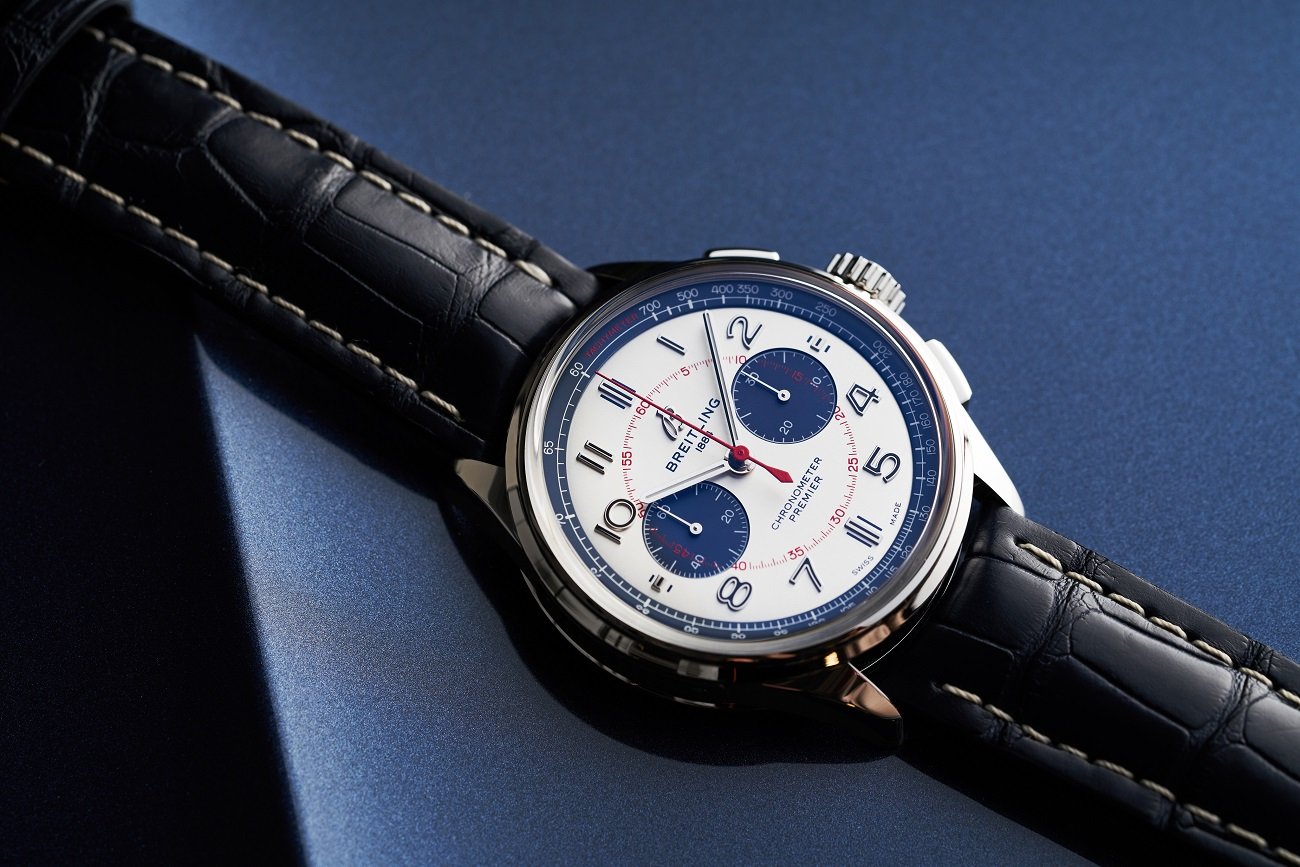 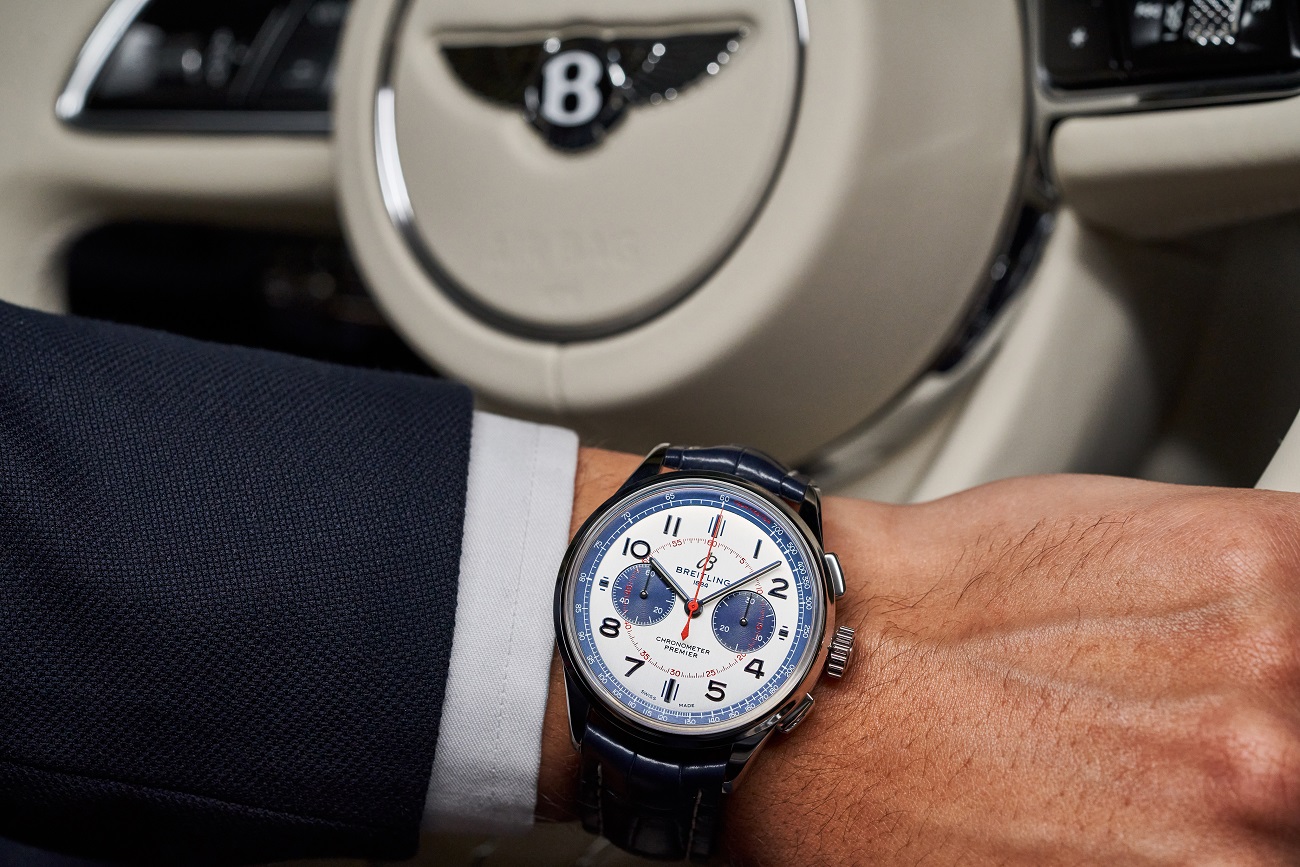 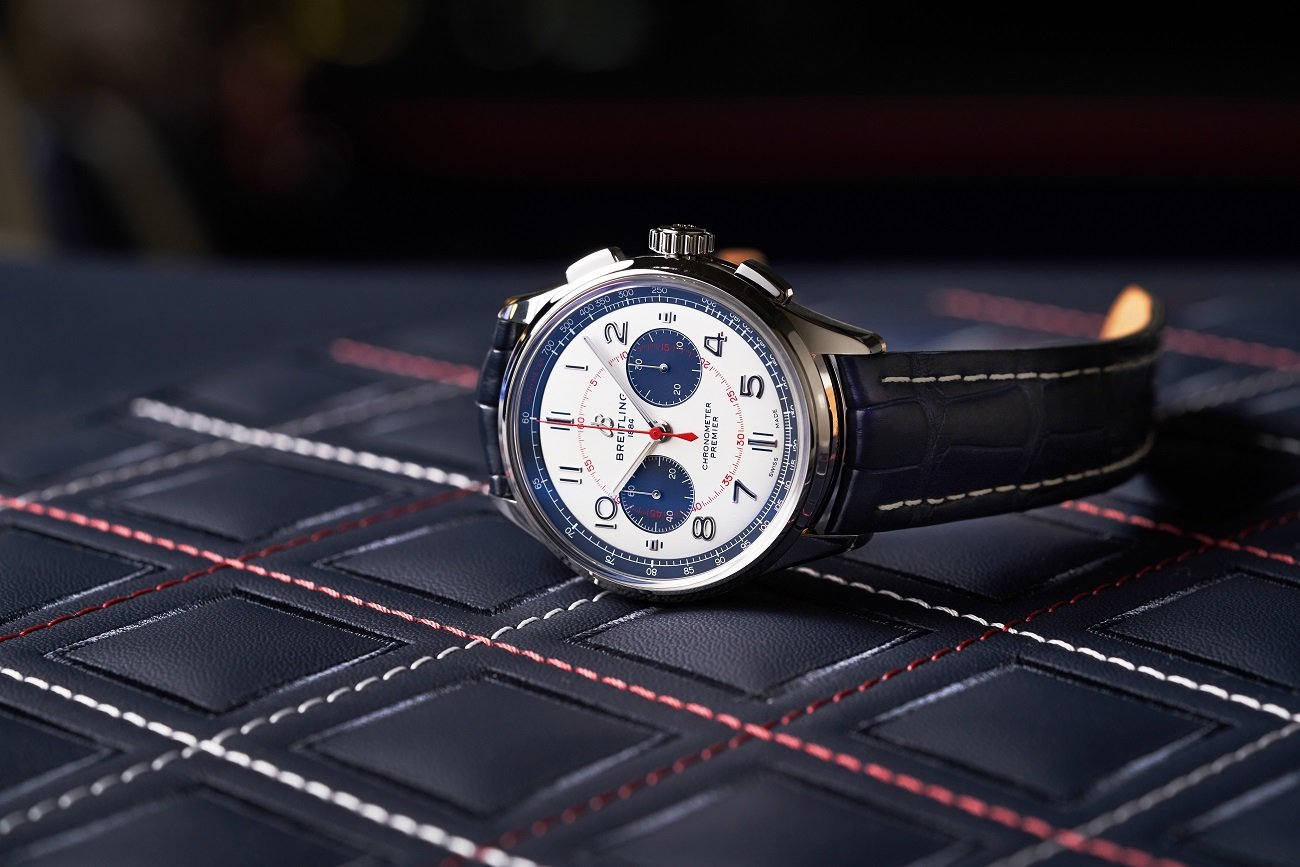 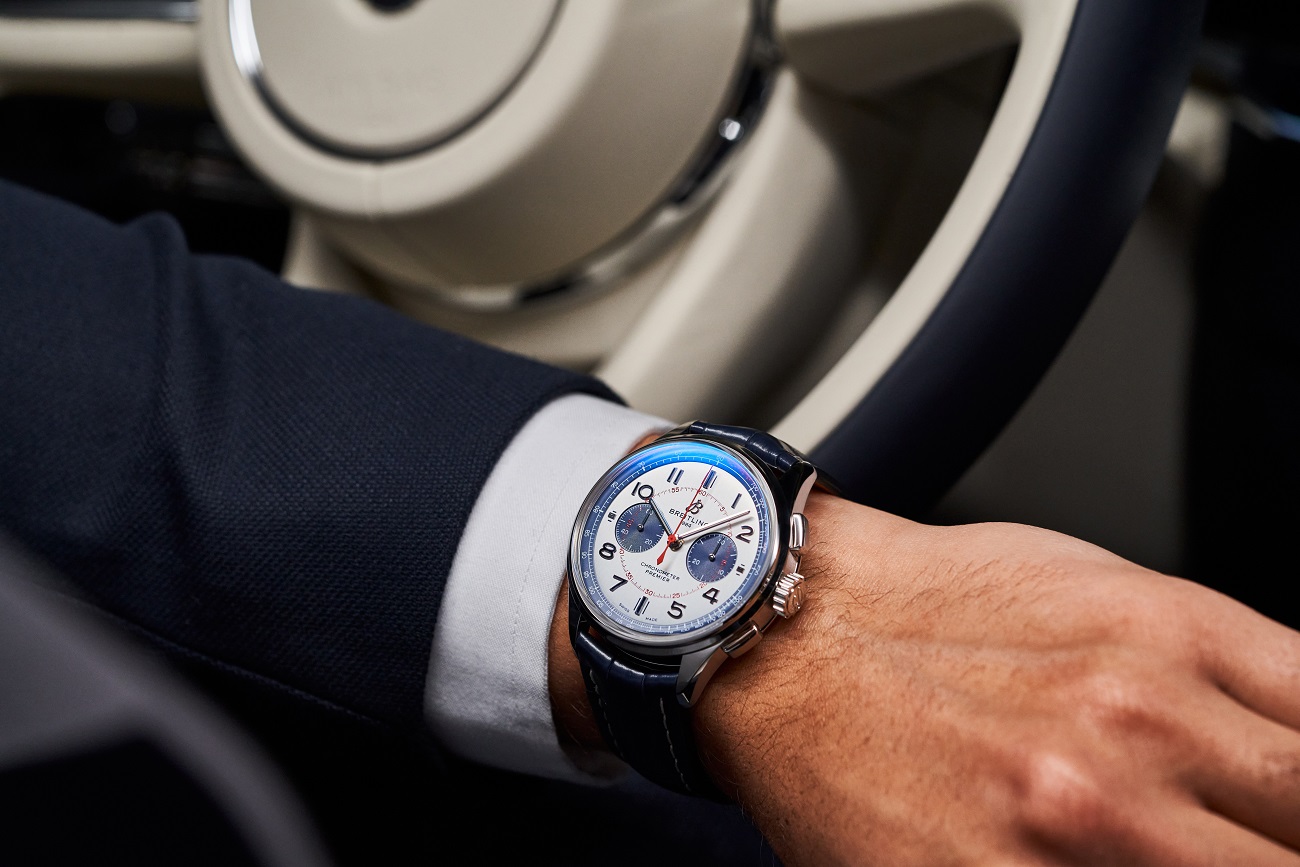 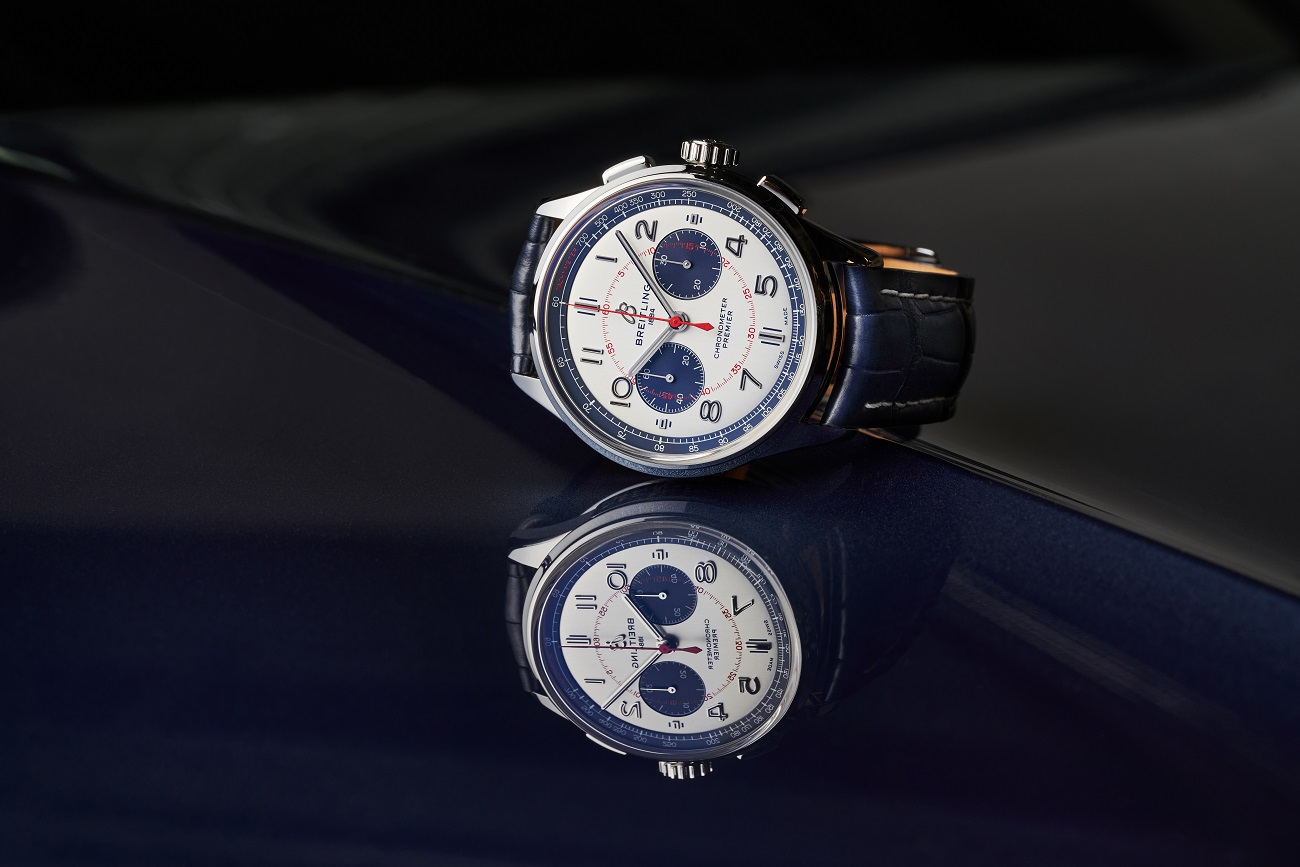 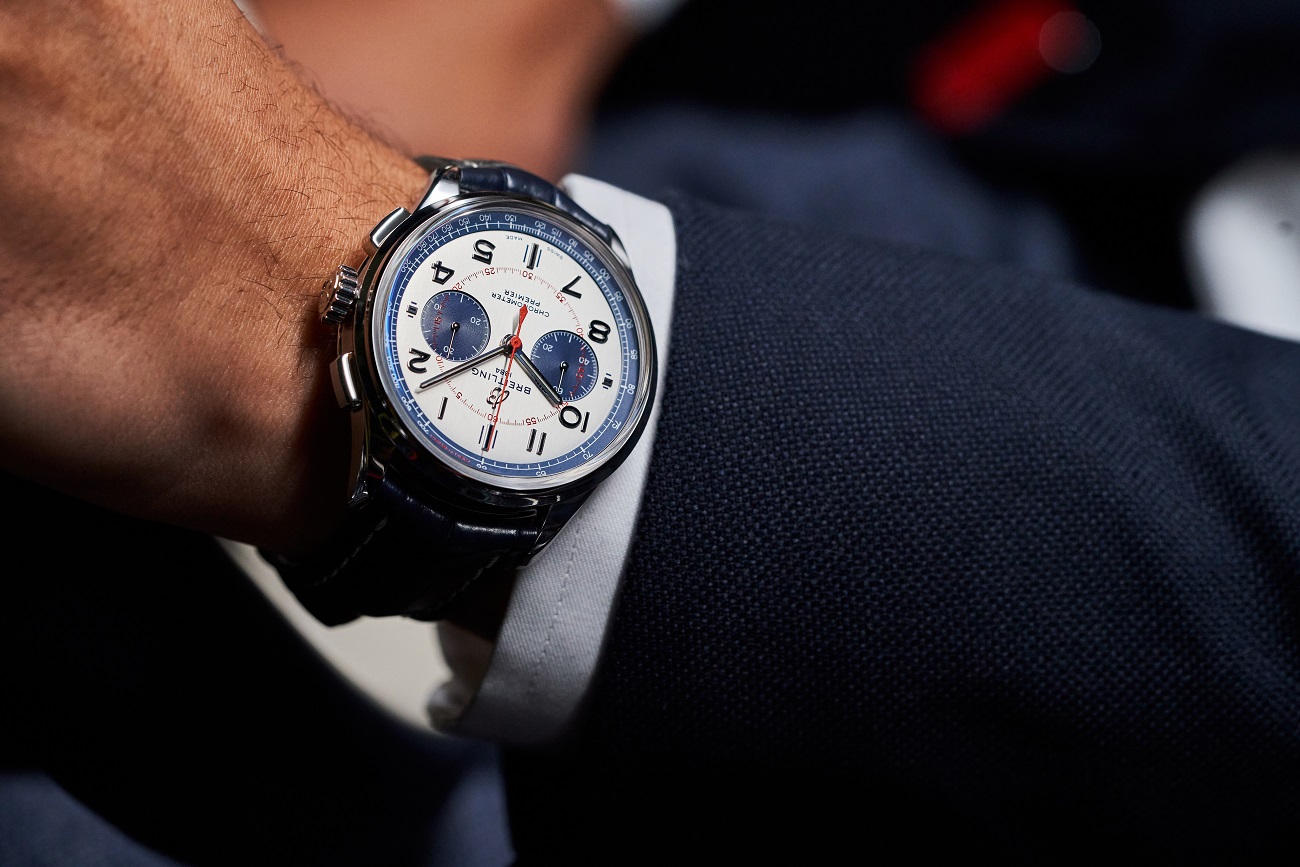 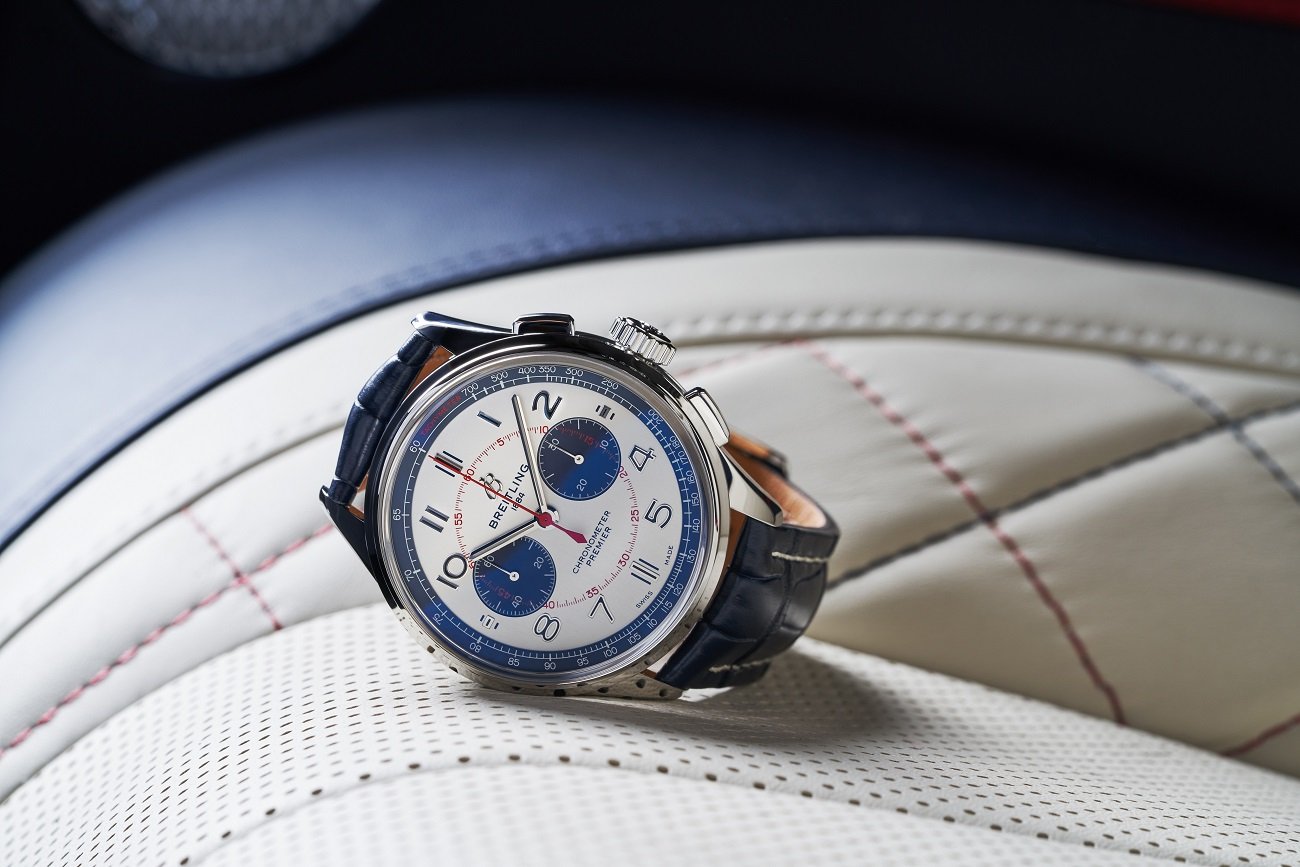 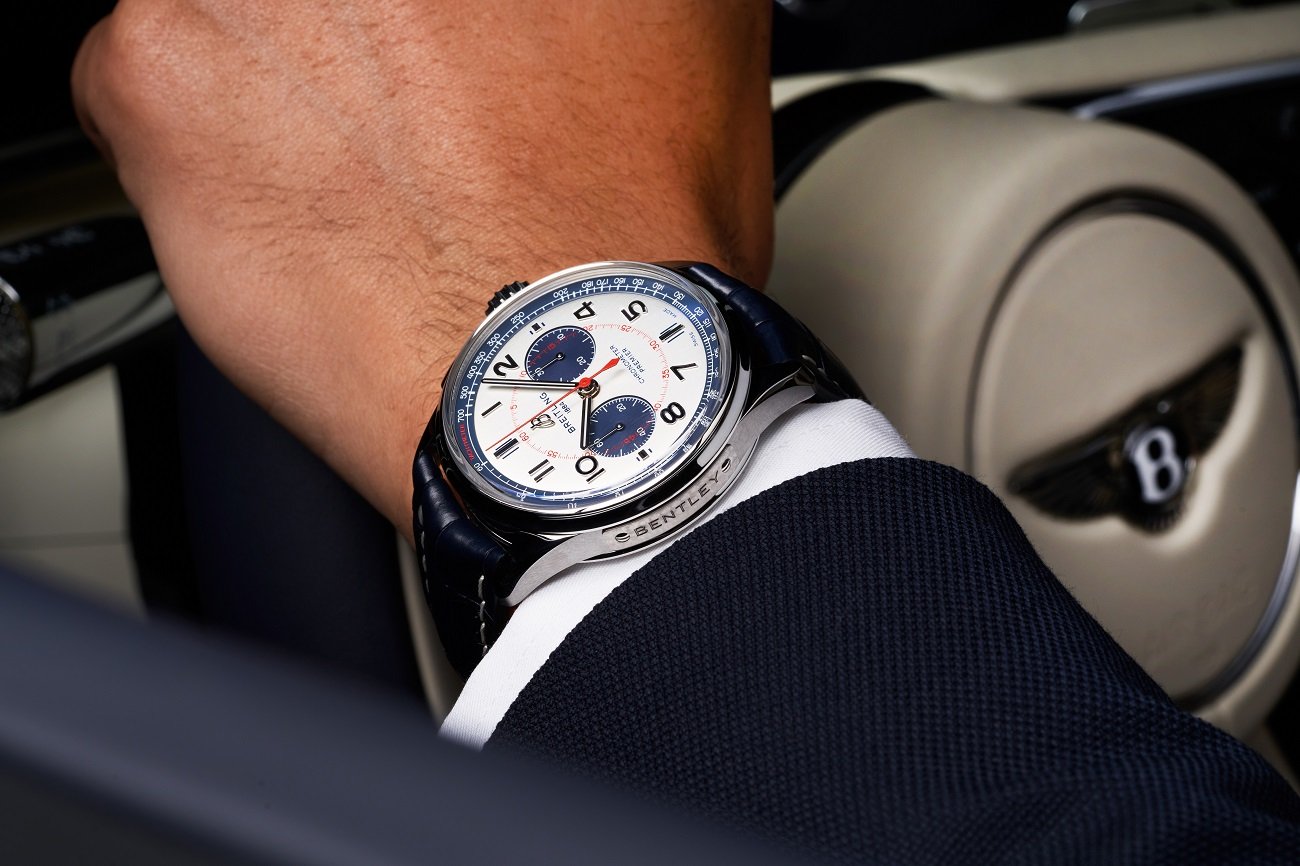