July 23rd, 1989. The unforgiving cobblestones of the Champs-Élysées, Paris, France. Eight seconds separated the victor and his shell-shocked victim. This was the scene of cycling’s greatest day. The conclusion of the 76th edition of “Le Tour” saw American Greg Lemond overturn a 58-second deficit to two-time champion Laurent Fignon, the home-grown hero that was, at the start of the day, one individual time trial away from suffering one of the most crushing defeats in sporting history. When it comes to pro bike racing, one thing is clear: the finest margins matter. Enter the Bremont

The Rapha brand has taken the British cycling scene by storm during its most prolific period of success. Ten years ago, Sir Bradley Wiggins won the Tour de France himself, becoming Britain’s first Grand Tour winner ever (until Chris Froome was retroactively awarded the 2011 Vuelta following Juan José Cobo’s positive drug test from that period of his career). 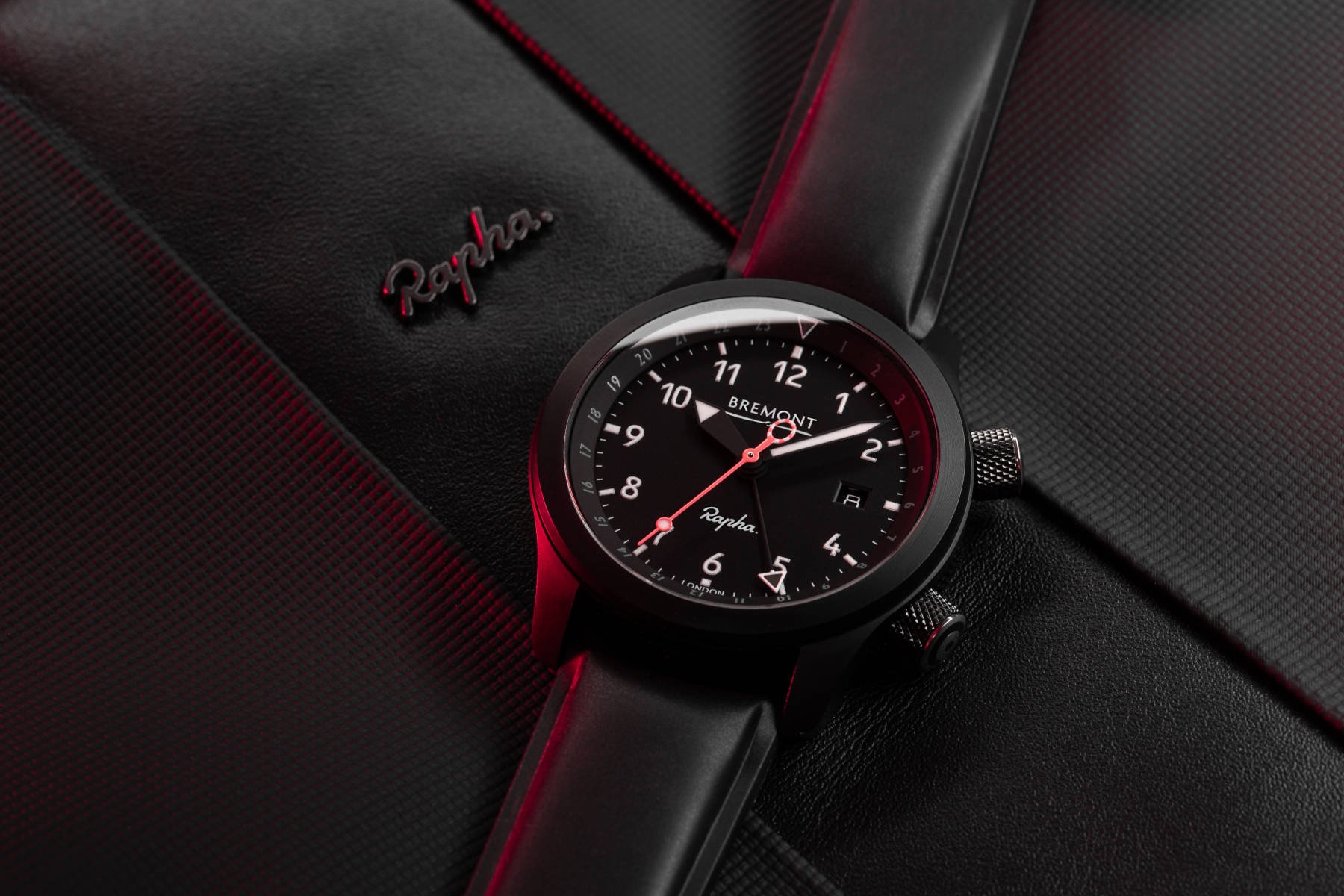 Since then, Froome has won the Vuelta once more (2017), the Giro d’Italia (2018), and four editions of the Tour de France (2013, 2015, 2016, and 2017). Compatriot Mark Cavendish has added the Giro points jersey and a second Tour de France Green jersey to his sprinter’s titles from the Vuelta (2010) and Le Tour (2011). People’s champion Geraint Thomas won the 2018 version of the Tour de France, becoming the first Welshman to do so. Following that, the unexpected victory of Tao Geoghegan Hart in the 2020 edition of the Giro capped what was an unbelievable decade of dominance for British Grand Tour racing. 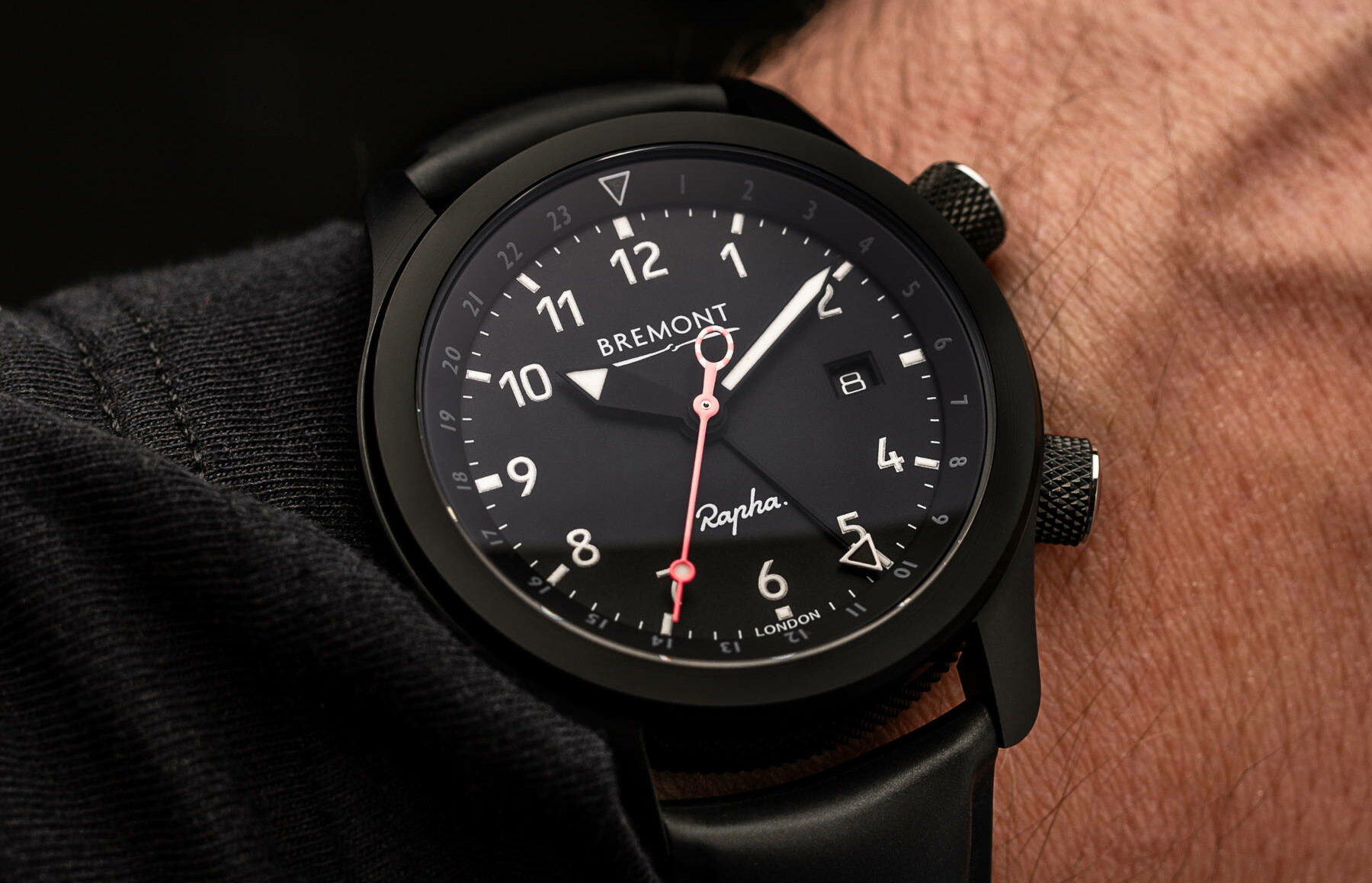 What does Rapha do?

Rapha manufactures high-end cycling gear focusing on fit, feel, and function. To be honest, it’s pretty easy to see a Rapha rider from a distance: simply look for the cyclist that could just as easily be peddling their way down a catwalk! In cycling’s British era of cool, a gap in the market for clothing that did more than ever before widened. Rapha was quick to fill that gap. Having worn the gear myself, I can attest to its exceptional quality and, while not cheap, decent value for money. 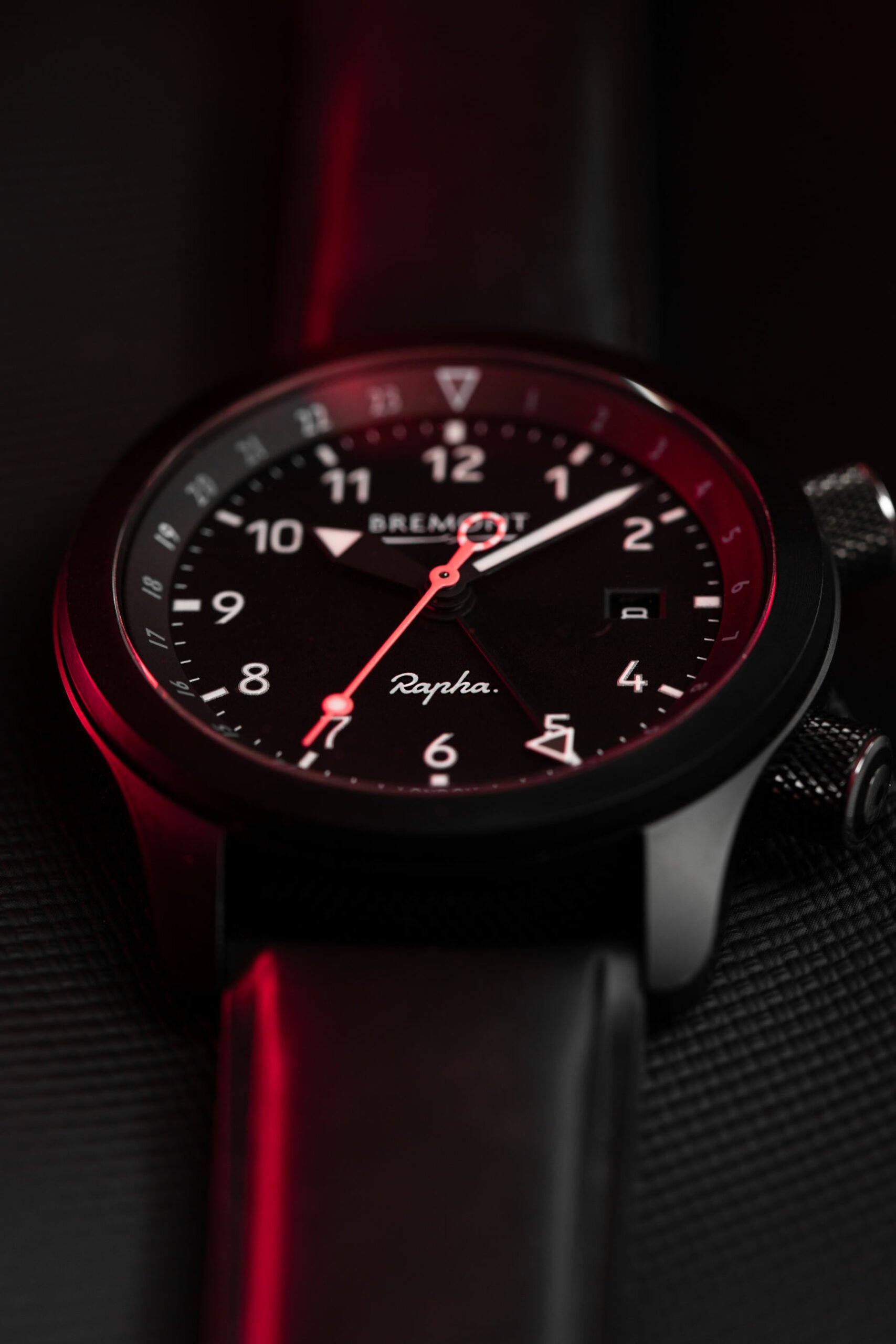 Why collaborate with Bremont?

It makes sense, that’s why. Timekeeping matters to cycling. Cycling is a form of adventure. Adventure matters to Bremont. And finally, these two brands are effective leaders in their market spaces. Collaboration brings the audiences of both together. It is something I believe we will see more and more of as watchmaking brands become ever more convinced that to entice a new generation of watch fans to the craft, they will have to stop preaching solely to the converted and poke their heads above the parapet for long enough to be seen by those outside the industry’s intimidating walls. 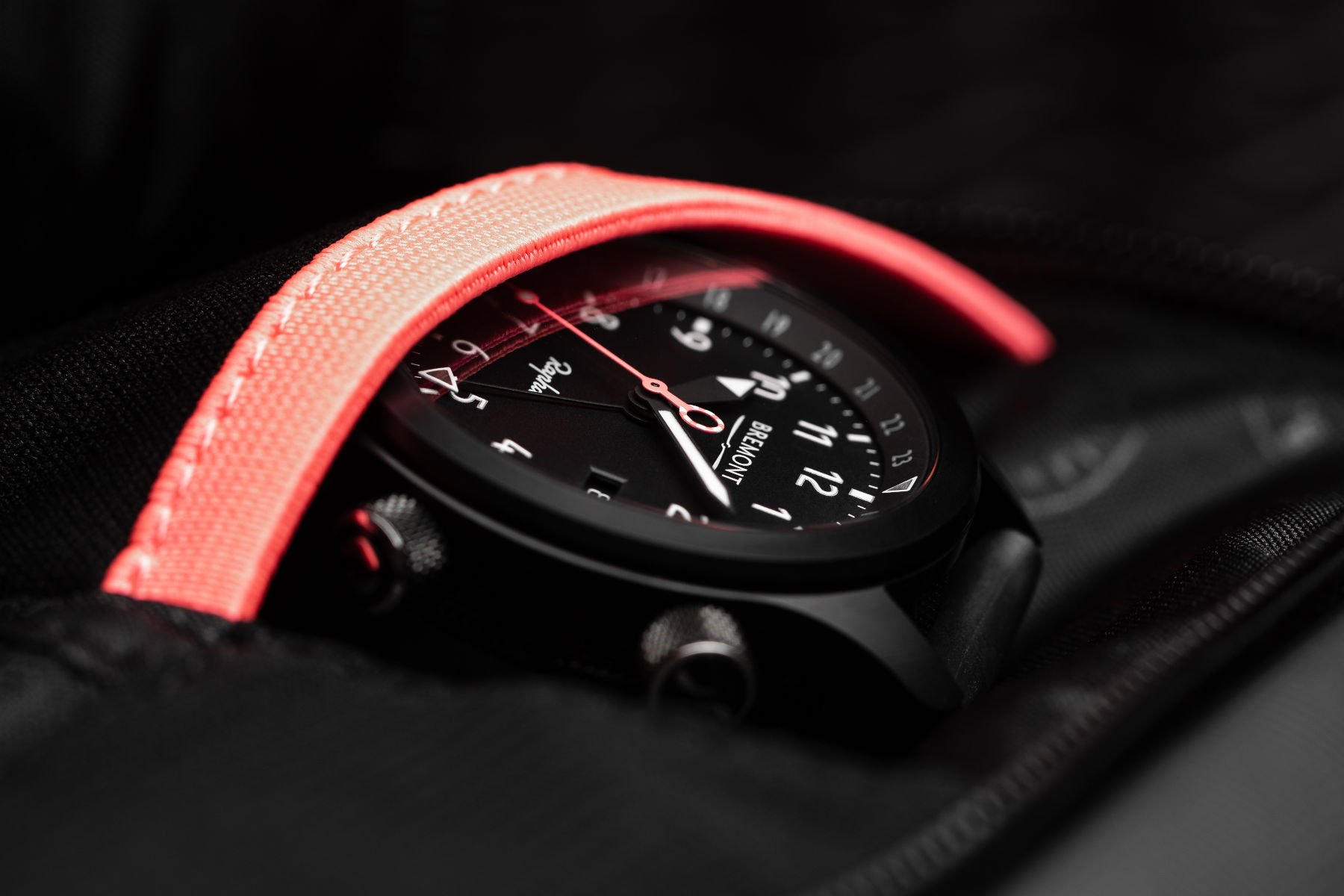 And because Bremont is good at collaboration. The brand was worked with military units for years. Its special edition models (especially those in the MB line) are the stuff of local legend. 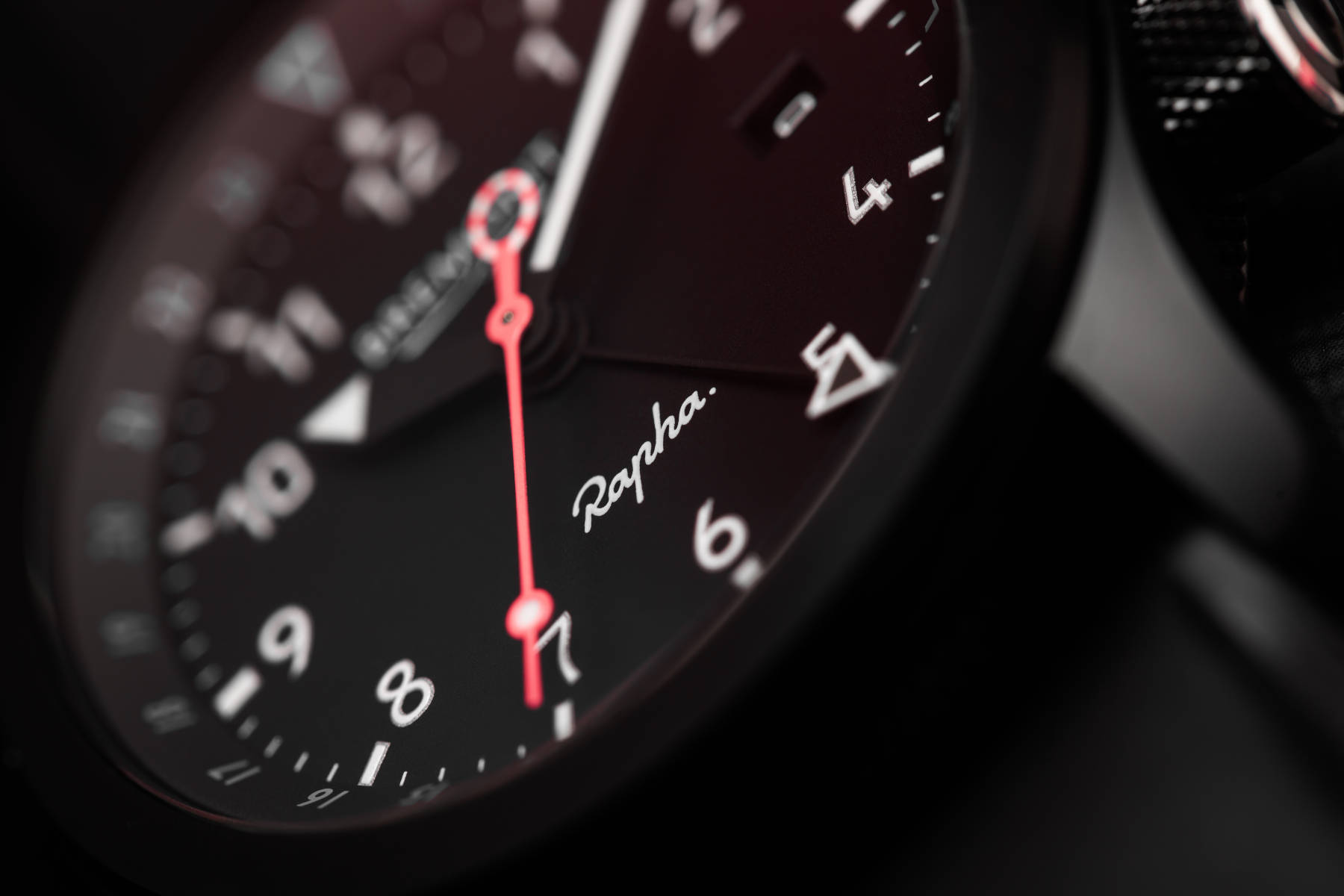 The calling cards of this edition

It’s all about the pink hand. I love this element. It isn’t the first time Bremont has used pink prominently in a design (remember the Kingsman editions from the first Kingsman movie?), but it is the hottest. This flash of vivid pink certainly marks the Bremont MBIII Rapha Special Edition as something special. 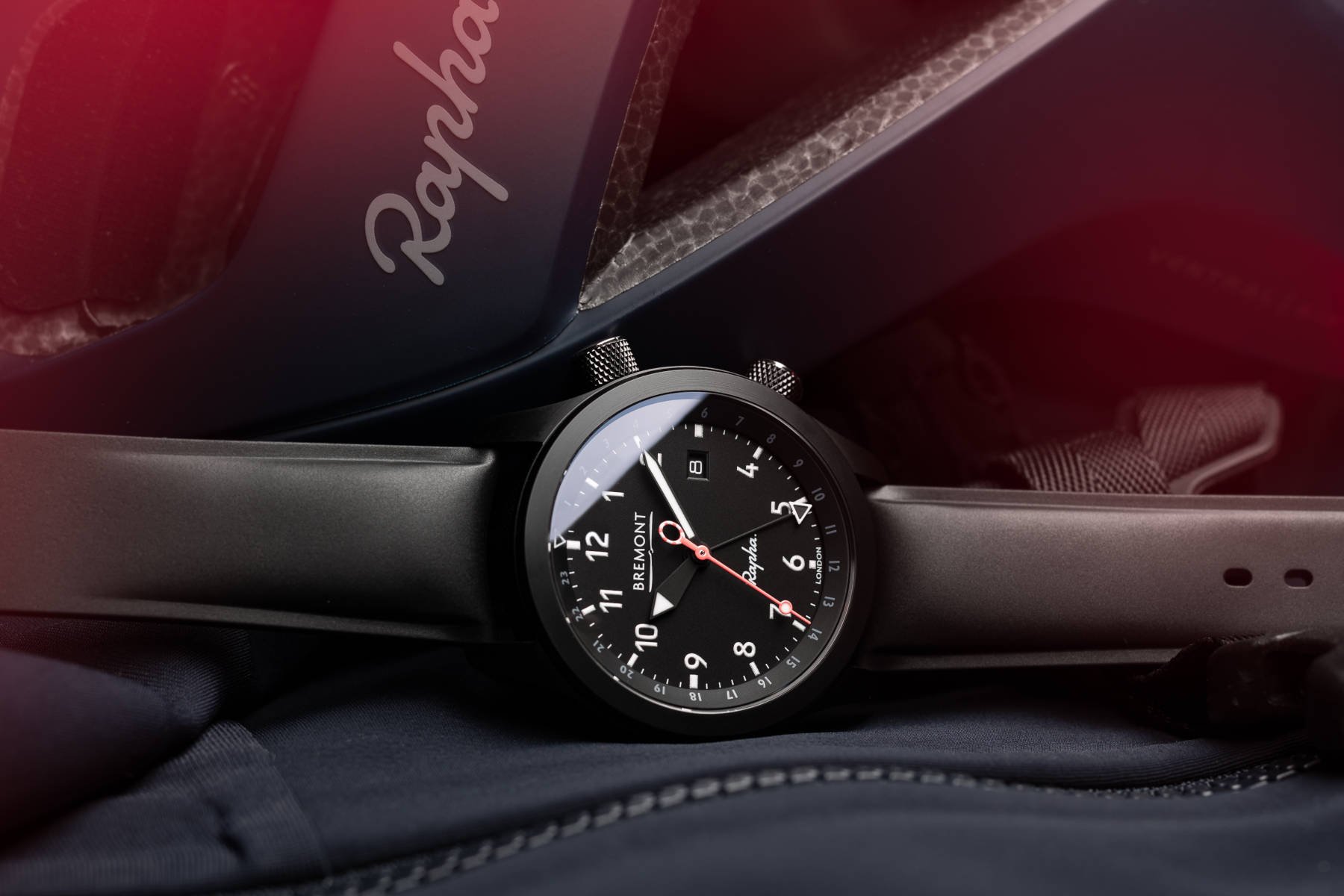 So how do you get one? First, you’ve got to join the Rapha Cycling Club (RCC). The club, which has access to Rapha’s most sought-after products, rides, and experiences, is behind this edition. T. The new Bremont MBIII Rapha Special Edition is the first time the group has created a watch with a brand. 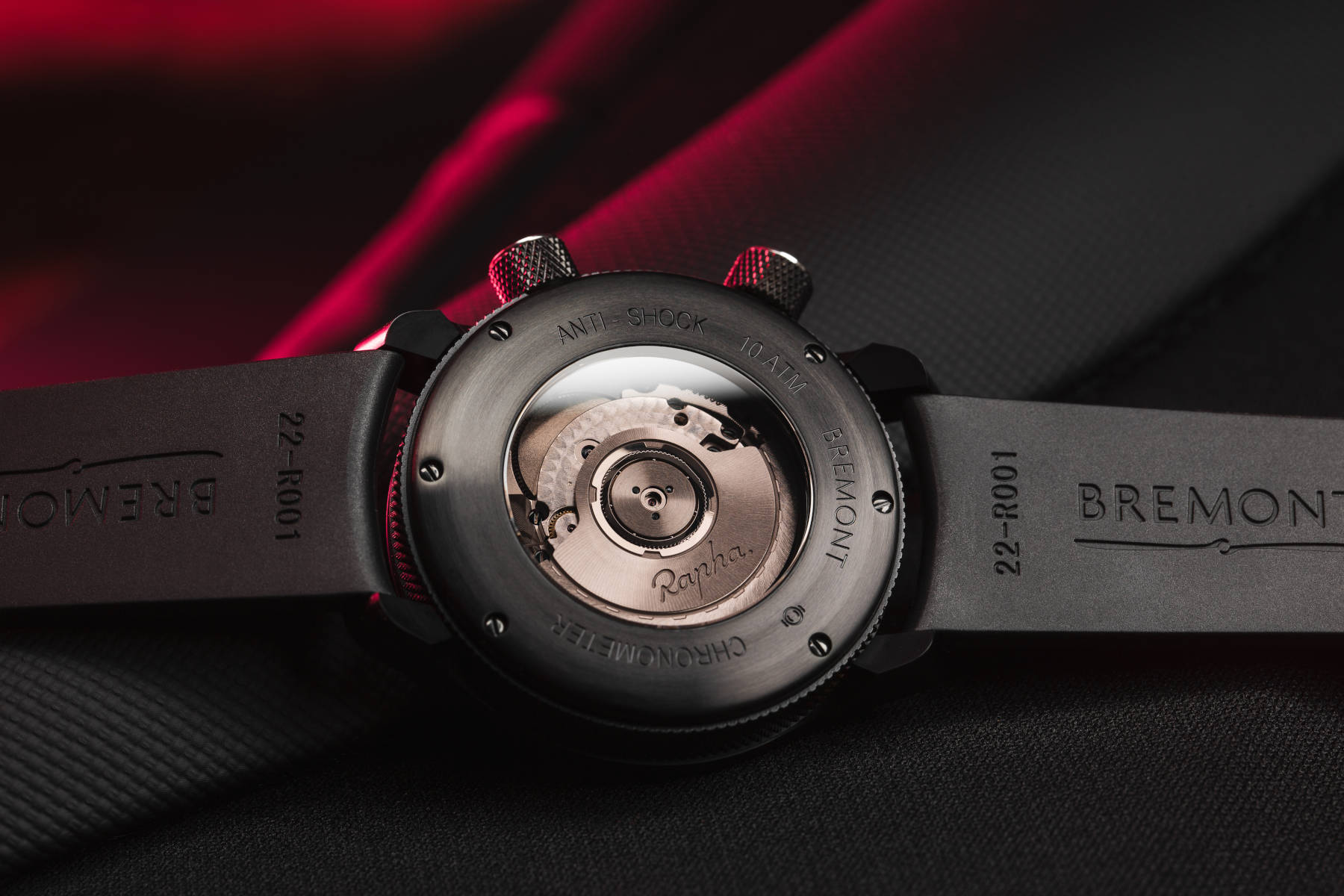 This “cycling chronometer” is 43mm wide with a 50mm lug-to-lug, made from DLC-coated titanium weighing just 64g, fitted with a modified BE-93-2AV movement visible through a smoked display window on the case back, and boasts a 42-hour power reserve as well as a GMT function. It is water-resistant to 100 meters, which means it can stand up to all-weather riding, no matter the season. It will retail for €5,495. Learn more about Rapha here and check out the official Bremont website here.