I don’t know about you, but when it comes to games of chance, or contests, or giveaways, I’m a bit of a skeptic. Going in without a single ounce of hope that you’ll win is probably the safest bet. Getting your hopes up is a sure way to get disappointed. However, let’s go back to earlier this year when Jeremy (@Chronolytical) decided to organize a photo-contest giveaway using Instagram as a platform, with the prize being a beautiful Cartier Tank Solo. Having already given away the punchline in the title of this article, instead, I will tell you more about this specific contest, my experience taking part, winning despite not being all that hopeful, and Jeremy’s future plans to keep the ball rolling.

Anyone who is on Instagram, and follows a number of watch accounts will know the typical giveaway format all too well. Follow my page, tag two friends, and share this post in your story. The winner is then chosen at random once the predetermined time period closes, typically using a random number generator, or an online roulette spinner where all the contestants’ names are inputted. This was just not good enough for Jeremy. Like many of us, he appreciated the Instagram watch community’s incredible creativity and drive to produce brilliant new work day-in-day-out. So in wanting to incorporate this into his giveaway he decided to do something completely different. 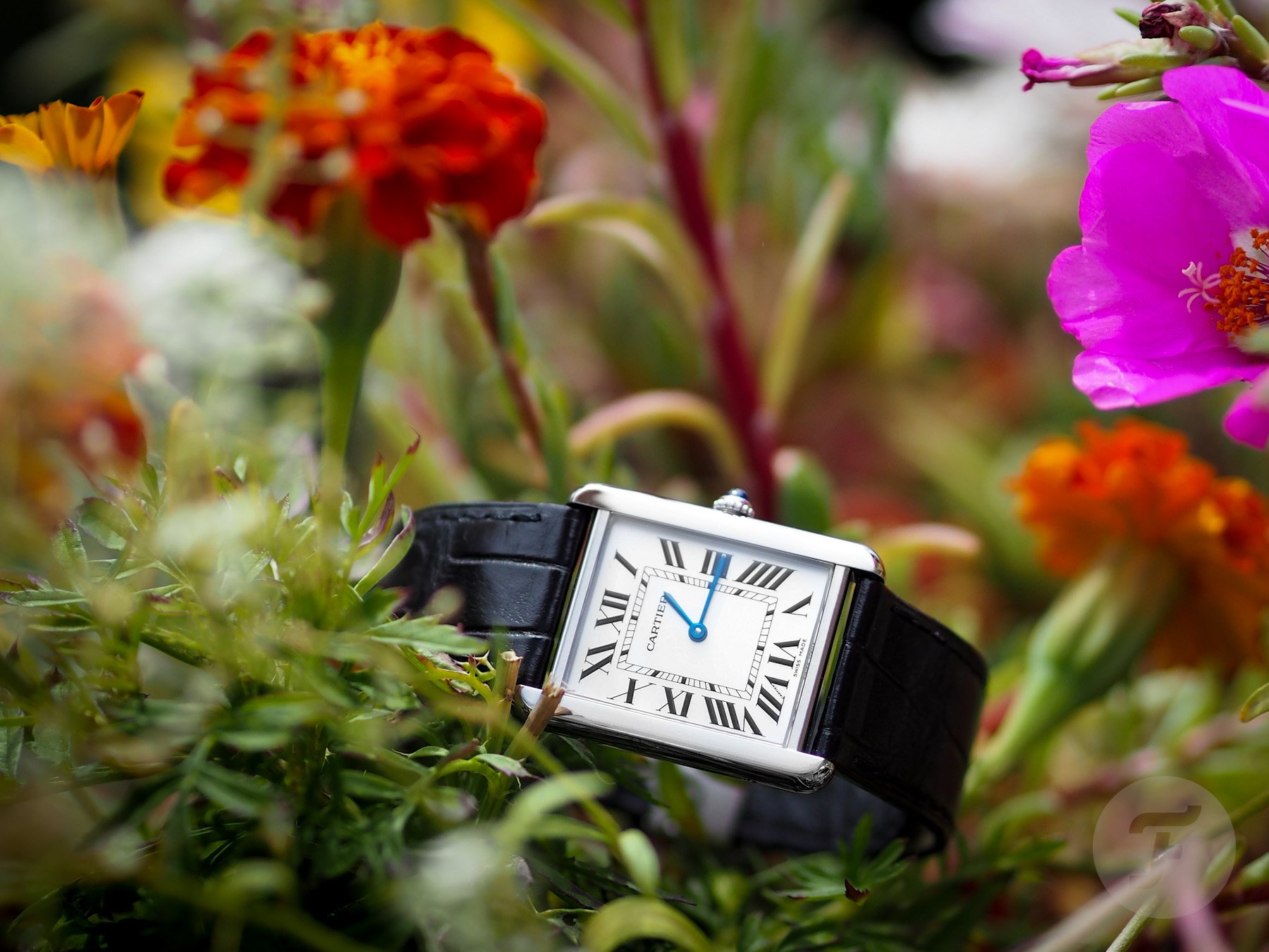 Not a Giveaway— a contest

The giveaway would not actually be a giveaway, it would be a contest — a photo contest to be precise. Where anyone interested could enter, simply by uploading a picture that they had taken, and tag both Jeremy and the contest’s hashtag (#ChronolyticalCartierGiveaway) state that it was an entry, and tag a couple of friends. It would run over the course of 16 weeks, each week having its own theme. Jeremy would then pick his favorite shots, and put them up against each other in his stories, where people could vote for their favorite. The top two shots (in terms of the number of votes) would go through to the final. The final voting would take place on a website that Jeremy had custom-built for the contest. The most voted-for picture out of the 26 finalists would take home the prize: a Cartier Tank Solo. 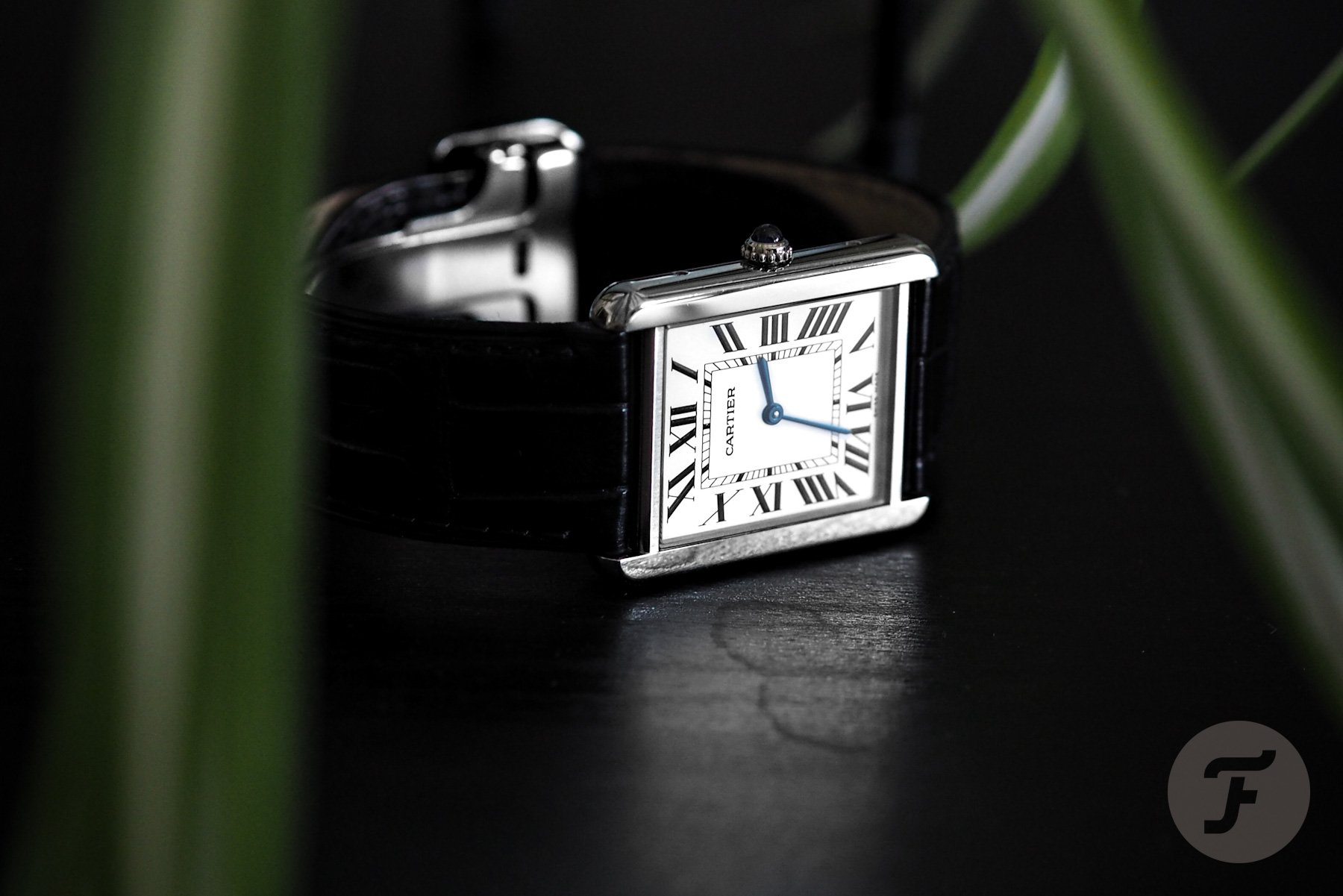 Now, you might be thinking “that all sounds incredibly complicated, and like far too much effort”, and I don’t think that Jeremy (or anyone else for that matter) would disagree. But it was a learning process, and actually, entering the contest was actually rather simple. The real challenge was in shooting with the themes in mind and creating multiple entries each week. Themes like “reflections”, “nature”, “urban”, and “pop art” served to inspire the incredibly talented people that make up the #WatchFam and keep everyone creatively on their toes. Jeremy would always lead by example, providing one theme-appropriate shot he had taken himself. 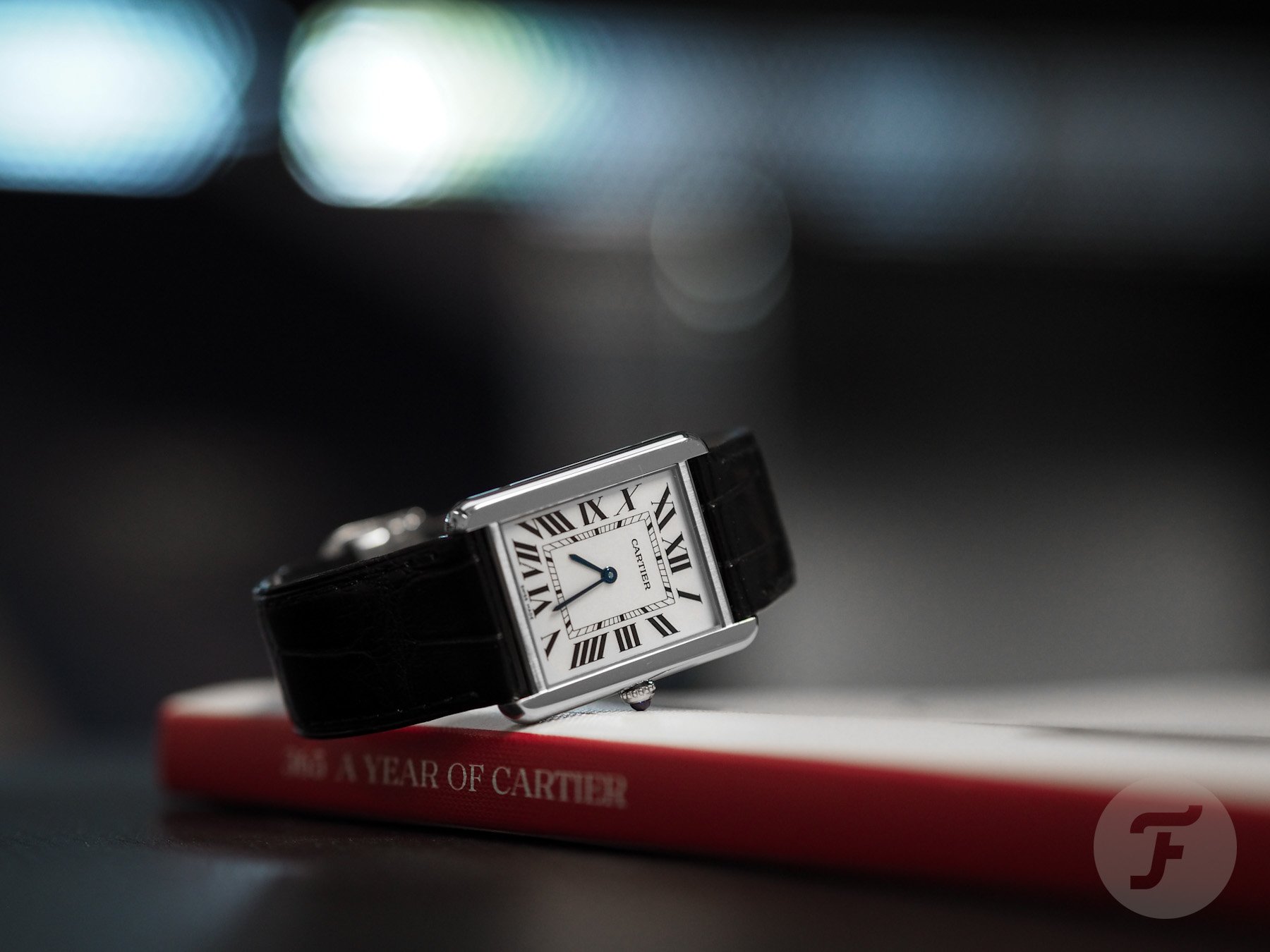 As someone who has been posting one picture per day on his Instagram page since the start of the year, I can attest to the fact that sometimes inspiration for new pictures can run dry. However, having a new theme in mind with which to shoot was often the much-needed creative spark to keep the motor running. It was honestly such a fun time trying new things and shooting out of your comfort zone every week. So much so, that at some point a few weeks in I was enjoying myself so much that I had lost sight of the prize at the end. Making it to the weekly vote felt like a win already. Little did I know, that one of my three entries to the weekly theme of Pop-art, would go on to win.

Let’s talk about the shot itself. When faced with the theme of pop art, I must admit I was somewhat stumped. Bright colors and geometric shapes came to mind, but the answer for how to translate those principles to a watch photo did not come so quickly. Watches are quite small, and the everyday object we might own that could be colorful enough to give a pop-art look were all far too large to be captured in a photograph alongside a watch. Until that is, I opened a drawer in my kitchen, where hundreds of teabags and a dozen boxes of tea have been forgotten. I’m not a big tea drinker, but for some reason often receive tea as a gift. More often than not, I’ll try it but then go back to the dark-roasted embrace of coffee.

As it turns out, tea often comes in rather colorful boxes and wrappers. In a somewhat manic “eureka” moment, I started piling these bags and wrappers on the windowsill and around my Omega Speedmaster. It took a bit of tweaking, and plenty of tenuous posing of the watch to get everything nicely lined up for the shot. I was reasonably satisfied with the amount of color in the shot, which starkly contrasted the monochromatic look of the Speedmaster. “Close enough”, I thought, “pop-art is just not my theme, but hey, at least I had a submission for the week.”

As I previously mentioned, this shot turned out to be the first of three that I would submit for the weekly theme. The effort and investment levels definitely peaked this week, especially with the photo of my Seiko Baby Turtle, which was set onto a music stand onto the back of which I had taped a number of colorful post-it notes, creating a polka-dot pop-art effect. The last shot, and a desperate last-ditch effort, was a picture of my Chronographe Suisse on top of an Andy Warhol-themed Mickey Mouse tie. Obvious? Yes. A winning shot? Definitely not. 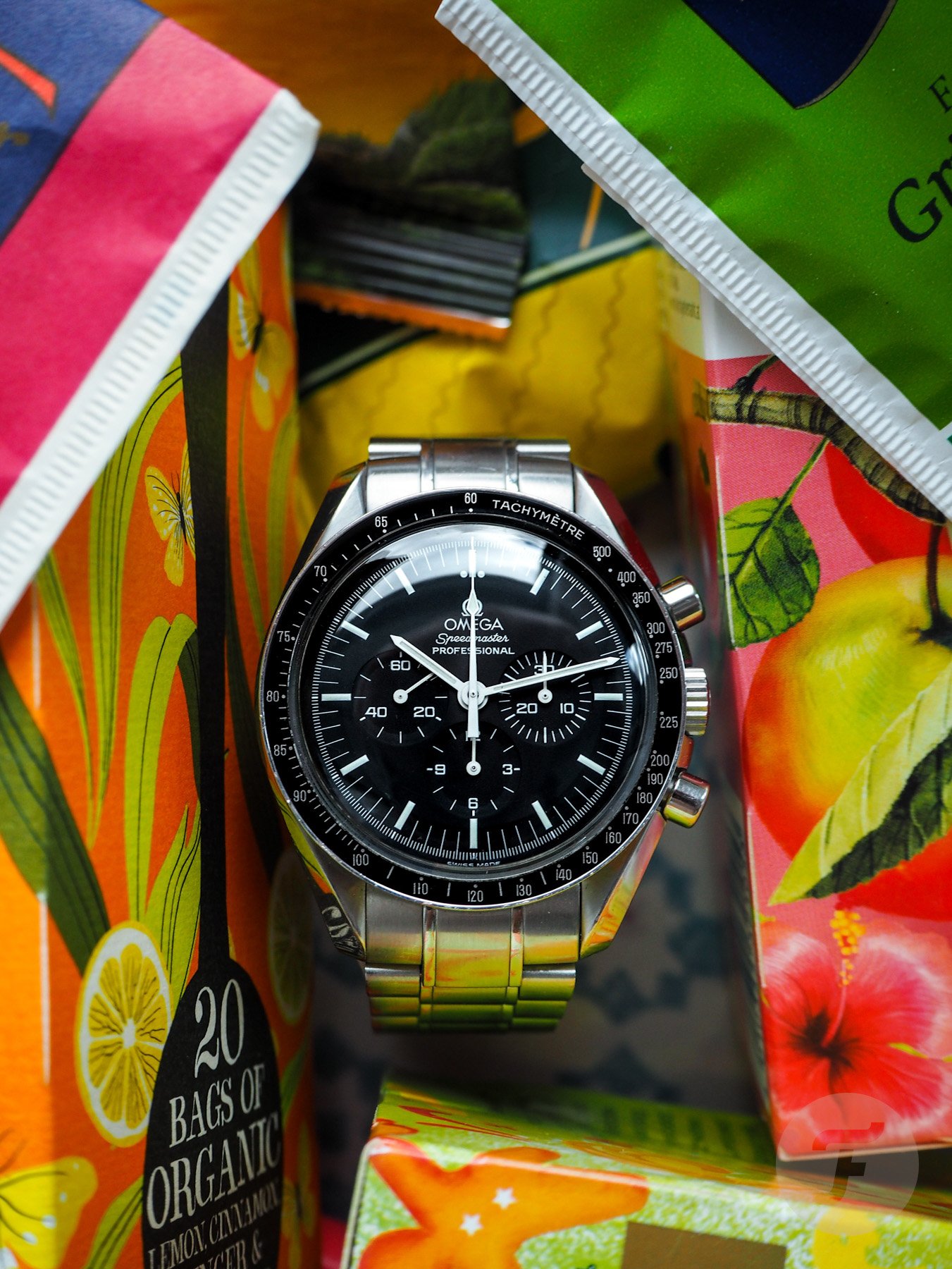 I was pleasantly surprised, come Sunday, that my shot had actually made it to the voting stage! This was my second time getting this far, but I had little hope to make it any further, especially with that particular week’s theme having been so challenging. However, 24 hours later after voting had ended, I was over the moon to see that this colorful shot had given me a ticket to the final! It was a feeling of happiness, excitement, relief, but also disappointment. I couldn’t help but feel that I had taken far better shots. As happy as I was to have made it to the final, I saw it more as a symbolic victory, because deep down it felt like rolling up to the starting line of the Monaco Grand Prix on a tricycle. Surrounded by purring V12s, with no more than a snowball’s chance in hell of winning.

Keep in mind, this was maybe the fifth week of the contest, so a whole 5 weeks would pass until the submission period ended, and the final voting would start. A long time during which some of the incredible photographers out there were shining bright and producing some incredible work for the contest. I made peace with the idea that making it to the final voting stage was enough to be proud of. When it came around, I asked a couple of people to vote for me, friends and family mostly. “It’s worth a shot,” I thought. Then rather unexpectedly, Jeremy let me know that I was actually doing quite well in the voting. This changed everything. 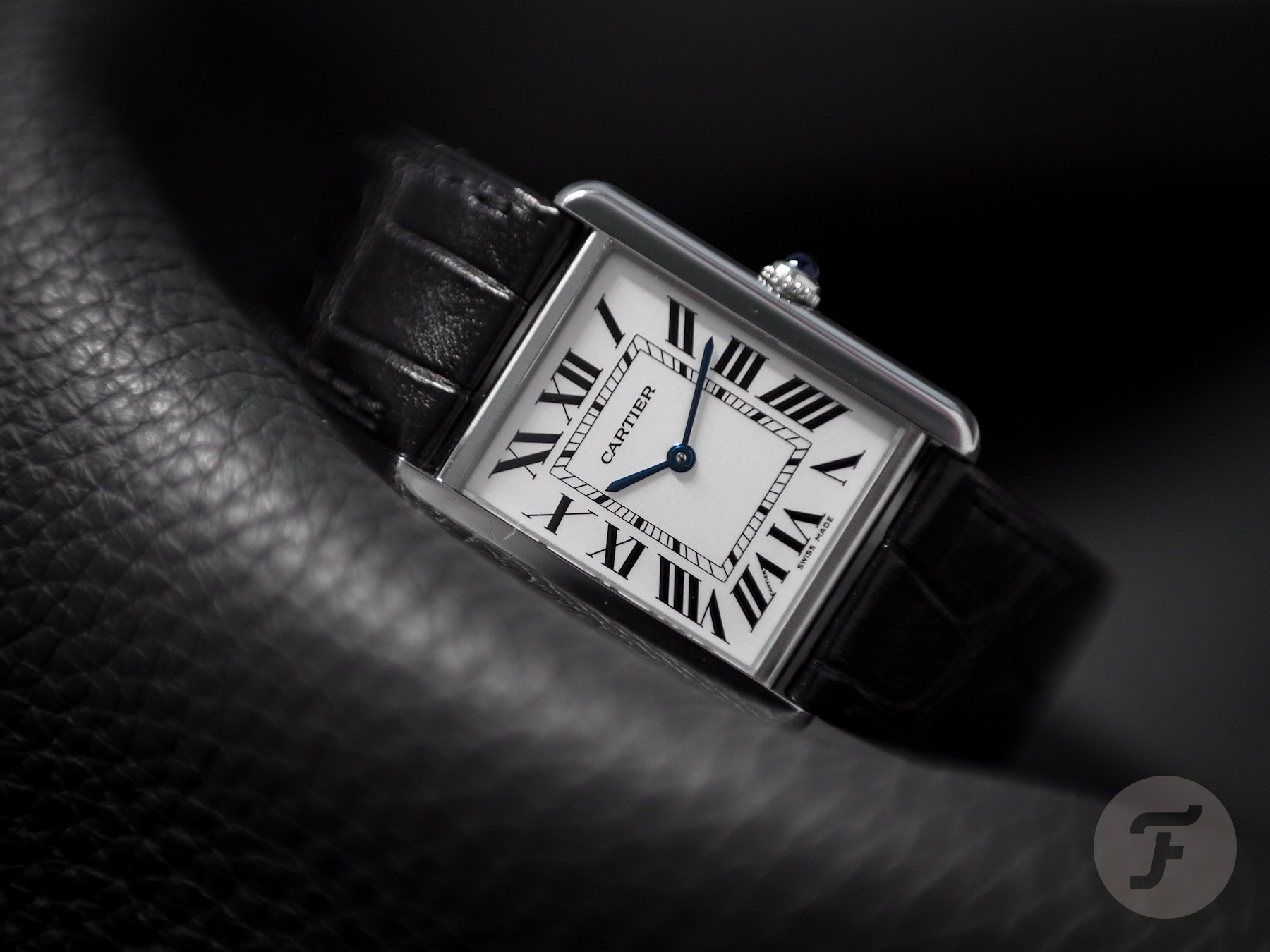 Knowing that there was even a small chance of winning sparked my competitive drive. Having seen others asking their Instagram following to go vote for them I decided to join in. With some hope, but still thinking that ultimately one of the bigger, more popular pages would undoubtedly win. Weekend plans took over, and a drive back from a family visit kept me from experiencing the end of the voting stage. However, upon getting home and seeing the number of messages and notifications I had received, I knew something was up. Hands shaking, and heart beating, I opened my DMs to see an overwhelming number of messages, all expressing their happiness and congratulating me on my win! 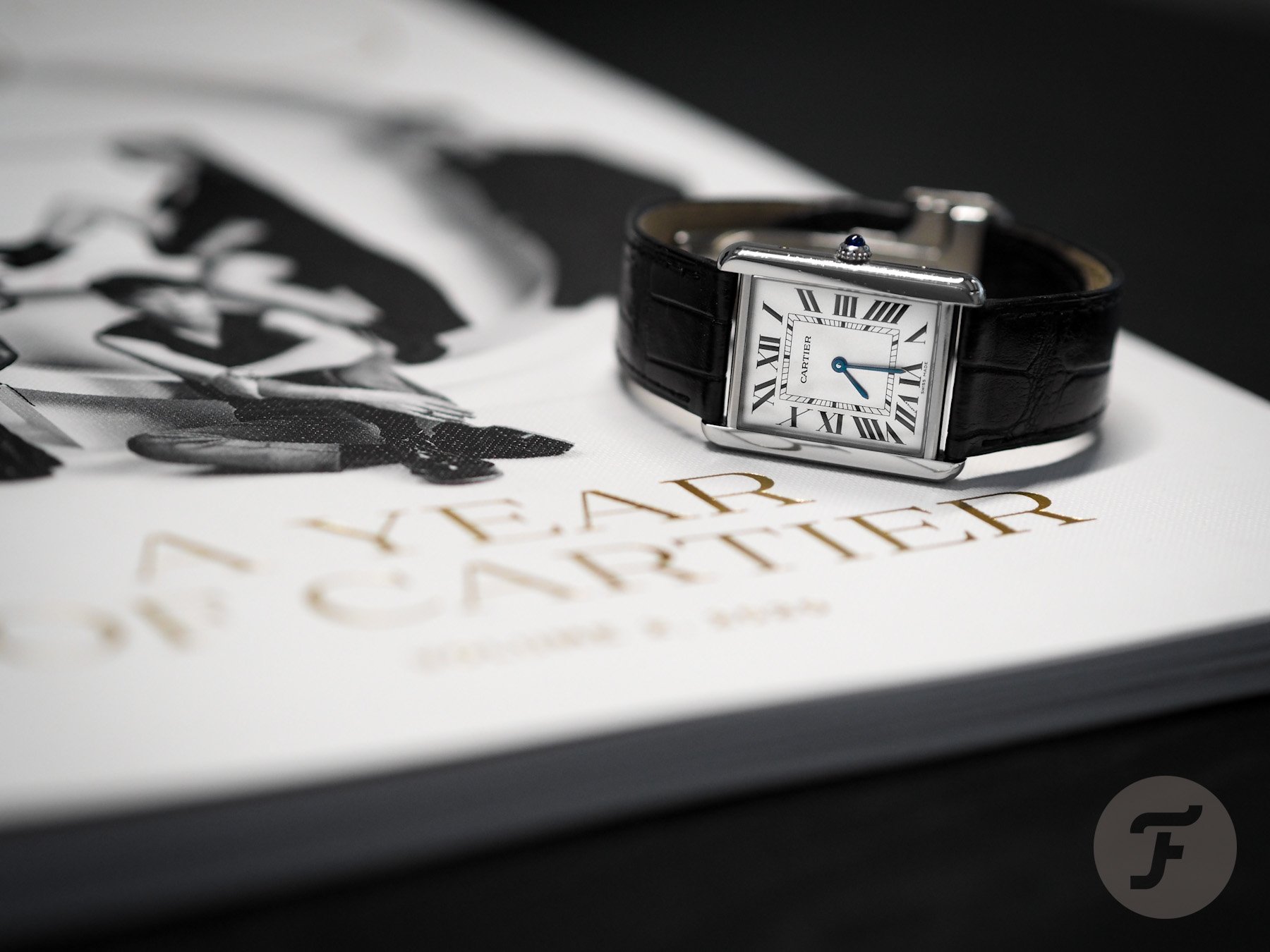 I couldn’t believe it! 16 weeks, 70 photographs, and at least 15 entries later, I hadn’t just made it to the final, but I had won! It was quite an emotional moment, as it also came shortly after the reality of my move to The Hague to join the Fratello team was set in stone, and it was also a 6-month milestone after having joined the watch community on Instagram. Already, in my mind, the watch was attached to these meaningful and life-changing events. It was incredible when I received it at the beginning of August, two days before picking up the keys to my new apartment in Holland. In record time, this has become a watch that will almost certainly never leave my collection! 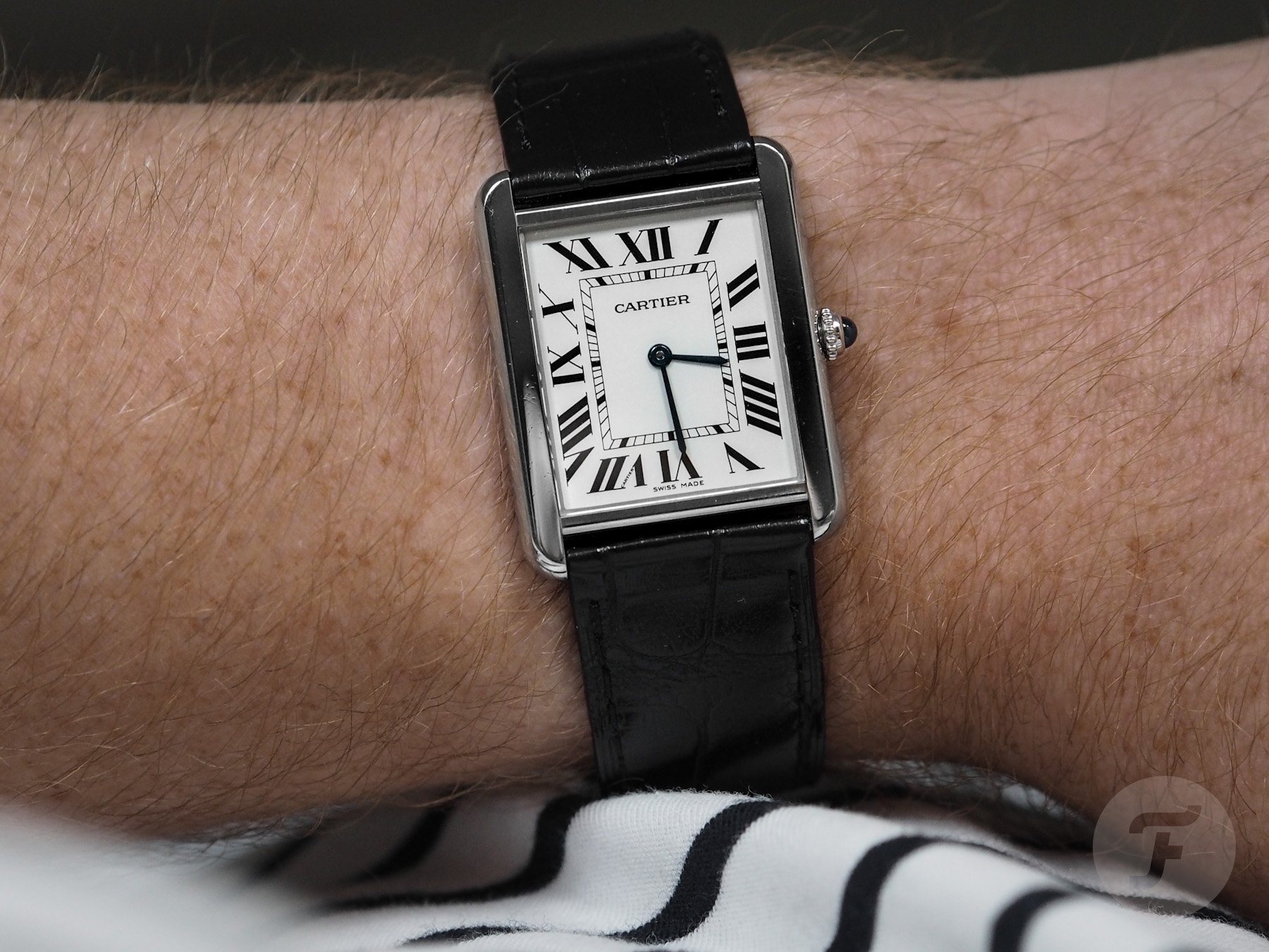 The Cartier Tank has really seen a resurgence in popularity recently, especially with the launch of Cartier’s newest Must de Cartier models at Watches and Wonders this year. Karina gave her thoughts and more information about those watches here and here. The Tank Solo is the predecessor to this line, as well as to the new solar tank, and shows all of the Cartier Tank DNA that one would expect. The instantly recognizable case shape, square dial, and Roman numerals. It’s small, it’s elegant, and it’s a joy to wear. Impossible to compare to any other watch in my collection, the Tank Solo is so light and comfortable, that you almost don’t feel it on the wrist. 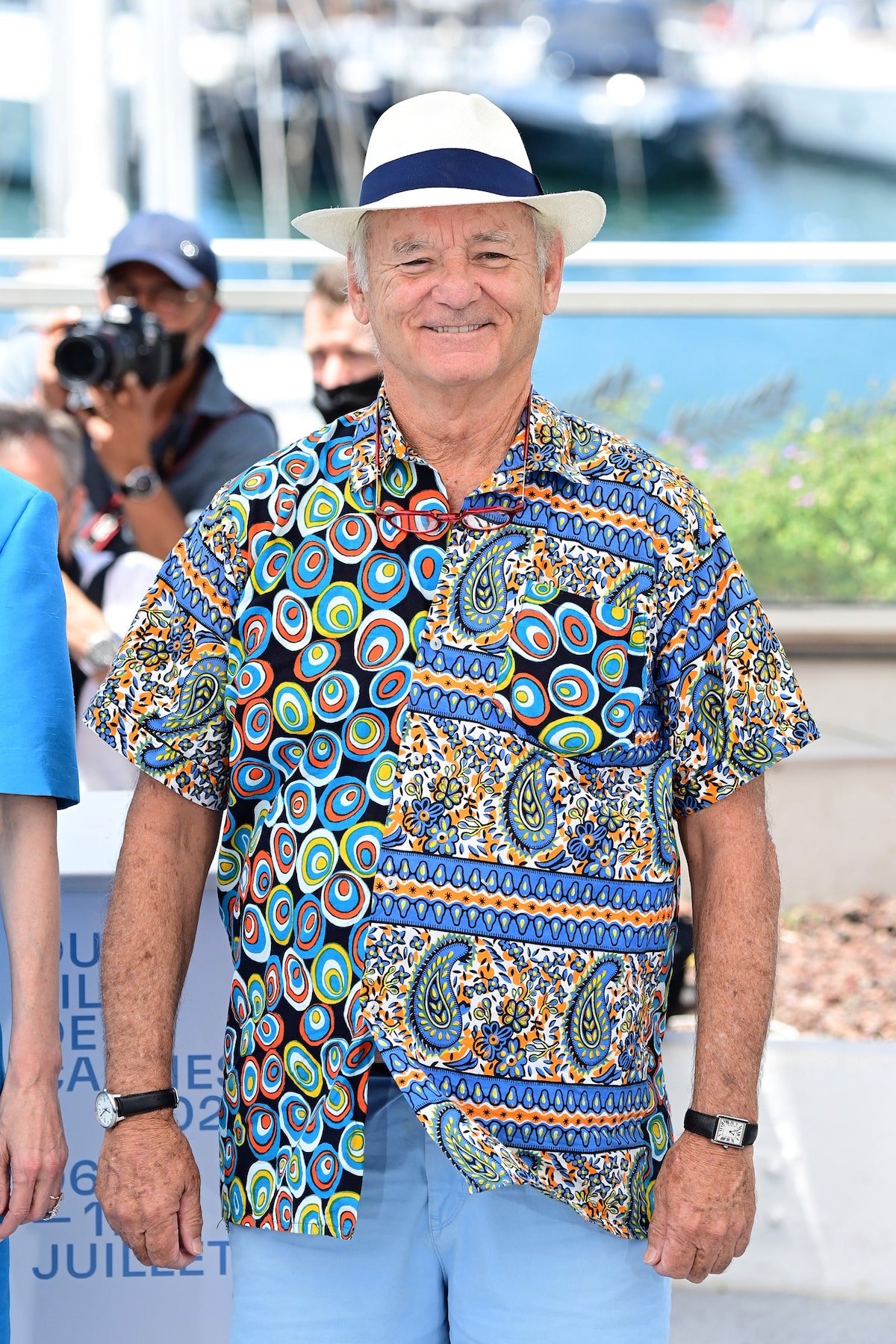 Iconic looks — dressed up or down

A reliable quartz movement keeps it running on time. As there is no running seconds hand, there is no jumpy ticking which gives away the non-mechanical nature of this watch. Honestly, I feel like a two-handed dress watch is a perfect candidate for a quartz movement. It makes for a perfect grab-and-go piece for just about any occasion which calls for dressier attire. However, I’ll admit that I’ve also enjoyed wearing it more casually, with a t-shirt and jeans. But I’m far from being the first to dress down the Tank. Check out this picture of Bill Murray at the Cannes Film festival earlier this year, rocking a Cartier Tank Solo on his left wrist, a Timex on his right. C’est chique! 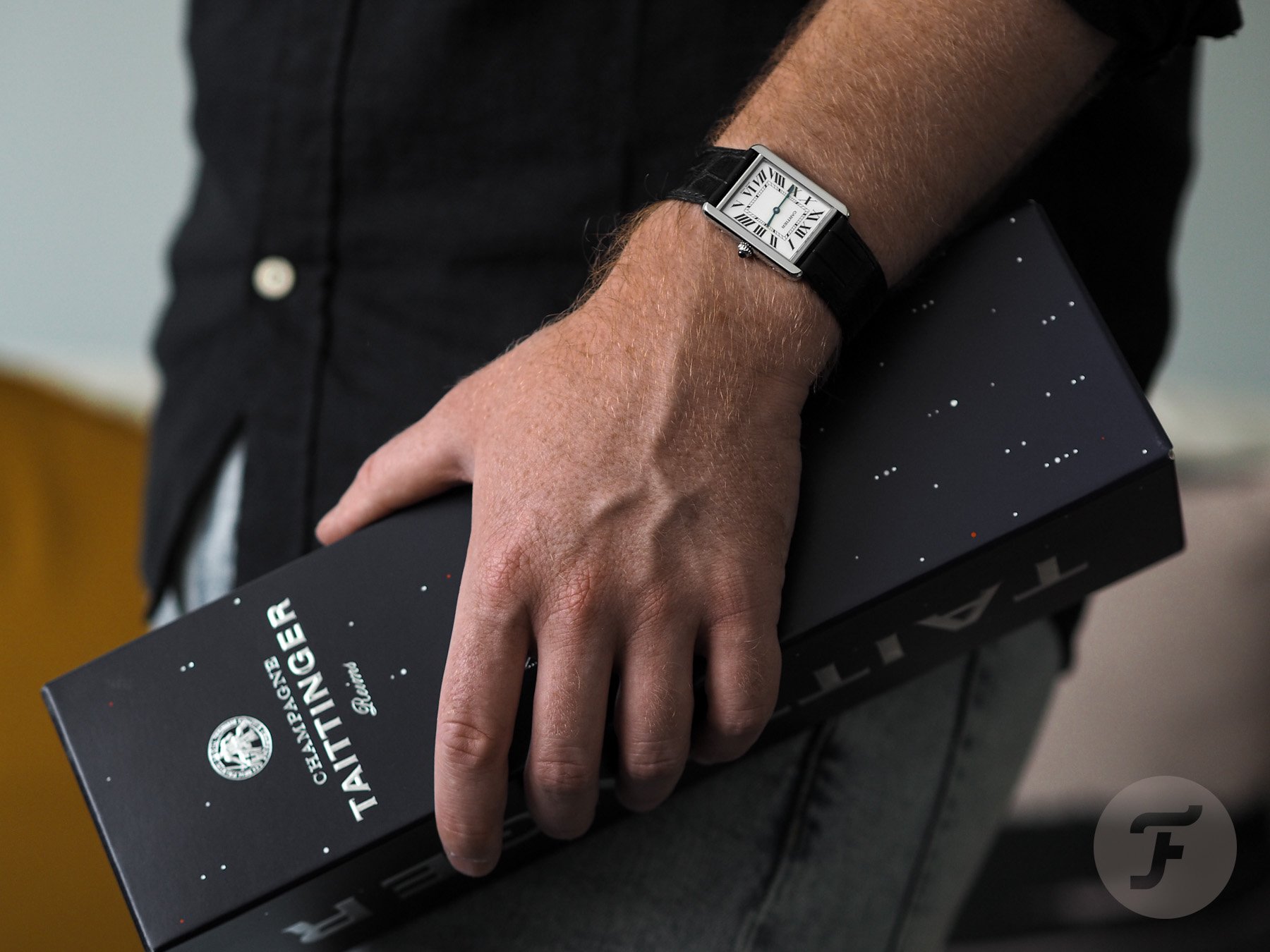 I wanted to once again take the opportunity to thank Jeremy as well as the incredible people who make up the Instagram watch community. It is an absolute pleasure to be a small part of such a brilliant, creative, kind, and passionate group of people. As if that wasn’t enough, Jeremy is teaming up with Jonathan (@escapementt on Instagram) to create The Watch Shot. An official platform to keep these photo contests going indefinitely! Making the #ChronolyticalCartierGiveaway the first of many. If you are interested in joining in and getting creative, make sure to check out their website here, and to follow @chronolytical and @escapementt on Instagram for more information. The very first giveaway from The Watch Shot started on the 15th of August. The prize? A Unimatic × Hodinkee Modello Due U2-H Limited Edition. Join in, you never know, you might just end up being a winner!