Seiko watches have frequently appeared on the big screen, but which are my favourites?
Dave Sergeant
comments 1
Share

I’m back again. More watches and more movies! I swear I do more than sit around watching movies and talking about the watches I see in them. As I said in my last post, we watch collectors love a reason to add another watch to our collections. Movie tie-ins allow us to kid ourselves as to why we need to buy just one more watch — except it never is only one more, is it?

Despite being a big fan of Seiko, I’m wasn’t entirely aware of how frequently the brand’s watches have been featured in movies. So, I thought I would write another list. This time, my favorite Seiko watches from the big screen! Read on, Seiko fans, and let us know which of these you’d strap on for your big-screen debut! 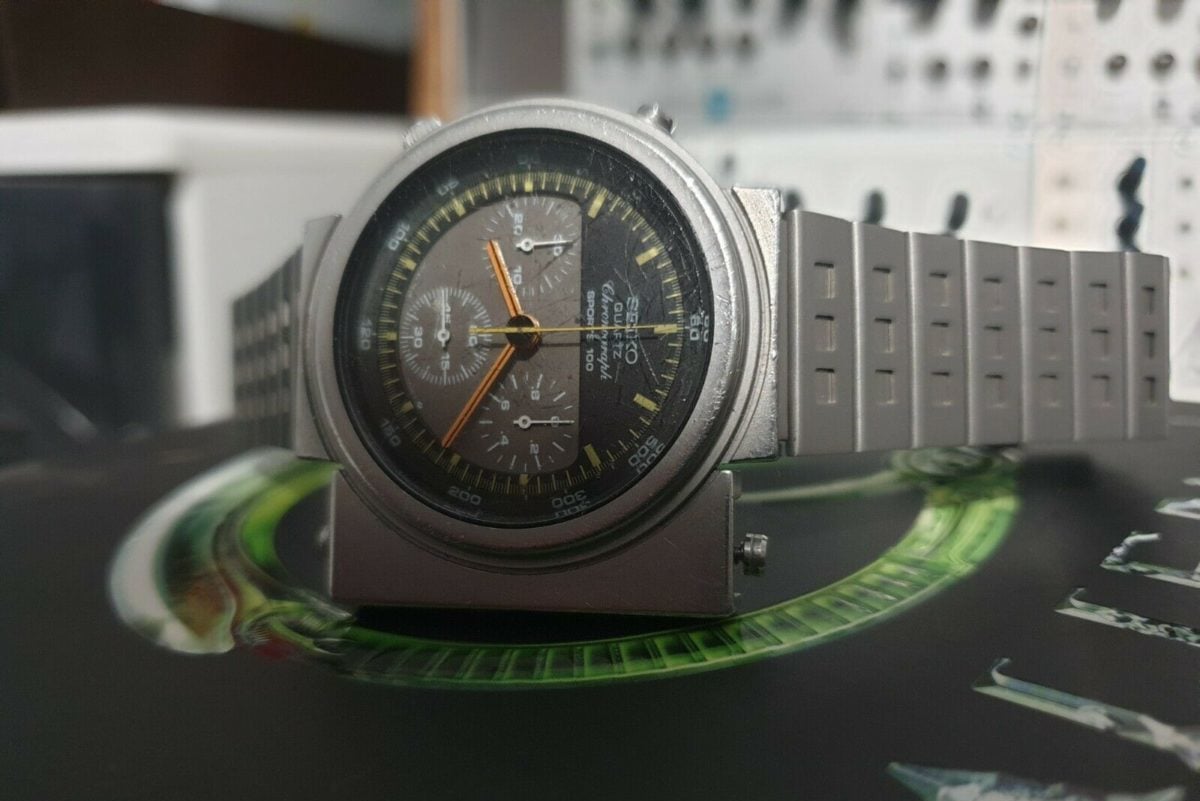 As worn by Sigourney Weaver in Aliens

I like weird watches, and this one firmly falls into that category. I mean, look at it! Seiko produced these watches specifically for Aliens, and they enlisted the help of Italian car designer Giorgetto Giugiaro for the task. The design is loosely based on the 7A28 chronograph. However, the chronograph controls are moved to a vertical arrangement on the protruding “control panel” on the right.

Ergonomically it makes sense if appearing a little visually jarring, but given the movie’s futuristic setting, it’s logical. It’s undoubtedly a “love it or hate” it kind of watch, and I love it. Enough other people did too, and in 2015 Seiko reissued the watch as a 3,000 piece limited edition, albeit with a few minor changes. They have all since sold out, so the second-hand market is your friend if you’re keen to find one for your collection. At the time of writing, there’re a few on Chrono24. 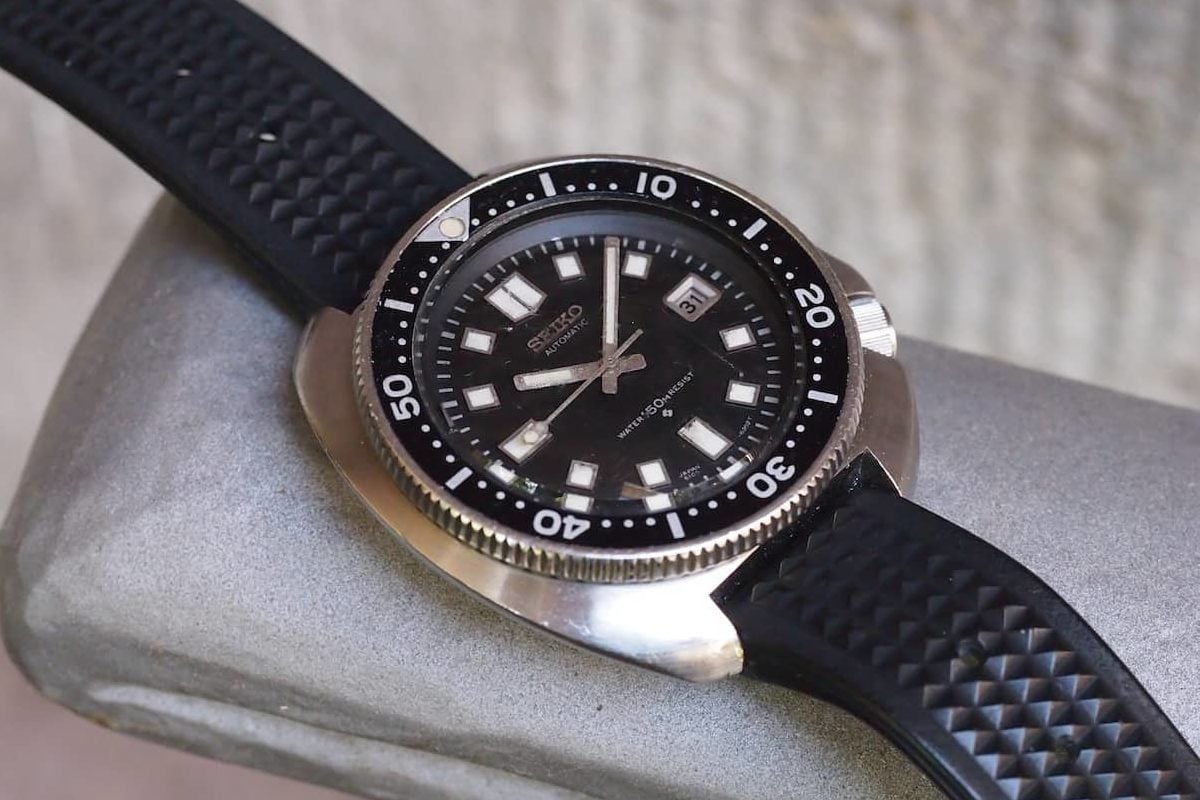 As worn by Martin Sheen in Apocalypse Now

Now, this is a watch that I love for the watch itself rather than the movie. As a disclaimer, I have not seen Apocalypse Now. I know, I know, sacrilege. For a long time, the 6105 was considered the epitome of Seiko dive watches. That moniker was not unjust as the 6105 genuinely saw a lot of action in Vietnam, and it was a popular feature on the wrist of US servicemen and women. This led to it being a natural choice to adorn Captain Willard’s wrist during the film. It’s fair to say the humble 6105 earned its stripes.

…designed and built to be used and abused…

It’s hard to find an original 6105 in good condition — after all, they were tool watches, designed and built to be used and abused. Indeed, most of them were. In 2020 Seiko launched a reissue but with a modern movement, catchily named the SRP777K1.

Side note: the 6105 Willard was not the only iconic watch from this film. The villain, Colonel Kurtz, played by movie-great Marlon Brando, can be seen wearing a bezel-less Rolex GMT-Master — a watch that is considered one of the most significant movie watches of all time. You can read more on watches worn by movie villains right here. 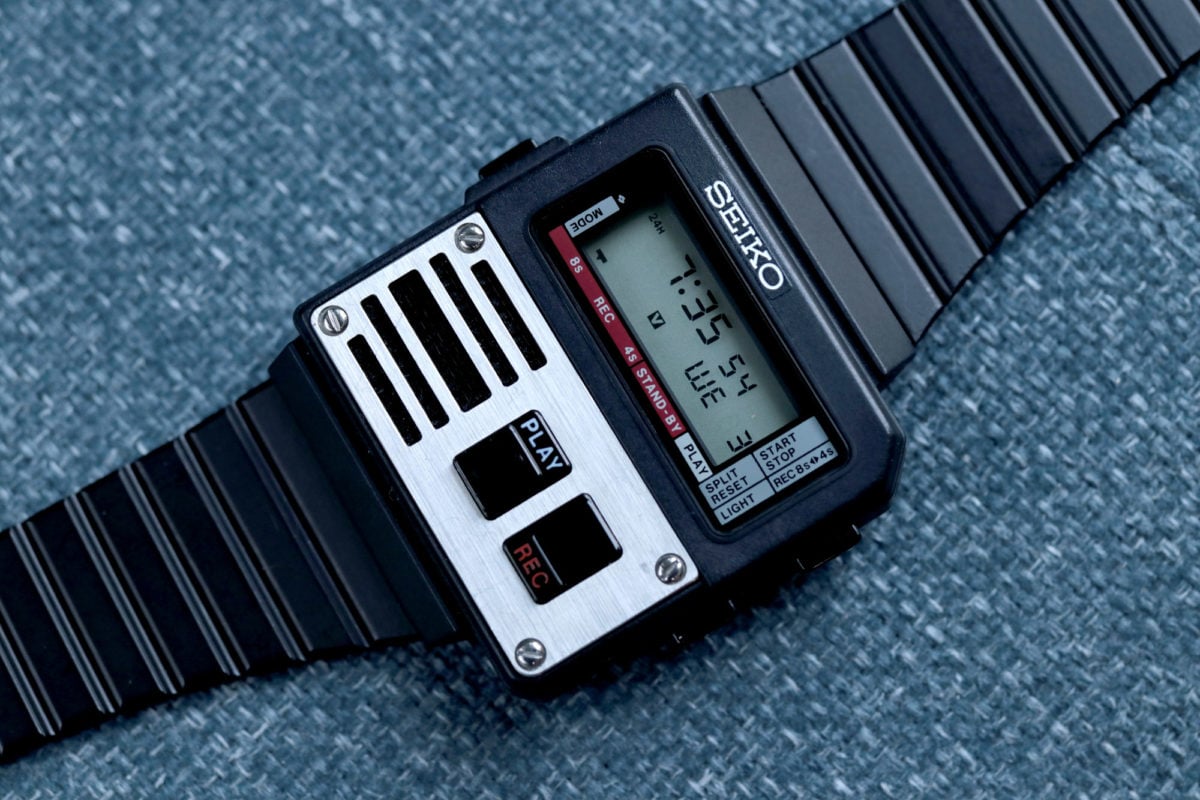 As worn by Dan Ackroyd and Bill Murray et al. in Ghostbusters

Who ya gonna call?! You know the answer without me finishing that sentence. In the 1984 film, the whole gang could be seen wearing their trusty Seiko M516 Voice Notes. While it was a cool little gadget, it was never going to win prizes for its artistic horological value. And that’s OK. Watches don’t always have to be works of art. They can be fun, and they can be cool. That’s why we love them so much. In the film, the Ghostbusters used their M516s to record audio, which is a common ghost-hunting technique apparently.

…your own spectral day-job…

This crazy little digital watch is nearly impossible to find in any condition other than “used”. Any frequenter of eBay will know that that term is not ideal and usually means “abused”. In fact, most listings describe the watches as being suitable only for repairs or spares. Still, if you’re a big Ghostbusters fan and need one for your own spectral day-job, then it is possible to find one in working condition — so long as you’re willing to spend a long time hunting and to shell out a large sum once your hunt bears fruit.

Bond was known to wear a few different Seiko watches during his career, but this one is probably my favorite. Mainly due to the absurdity of Q’s gadgetry. The Seiko 0674-5009 was the second digital watch that Bond tried out, and I understand the upgrade from his older Pulsar watch. This Seiko had seconds and a date function. Presumably, those are important in life at MI6… I mean… Er, Universal Exports?

Physically impossible, but they did it anyway…

To assist with Bond’s day-to-day, there was an added feature over the standard production model. Seiko added a special ticker-tape function for when M wanted to get in touch with 007, and he couldn’t get to a payphone. I love this feature because there is literally no space for the amount of ticker tape Bond uses, inside the watch. Physically impossible, but they did it anyway. Brilliant!

I didn’t have much luck searching for these watches on the usual pre-owned platforms. There was one particularly battered-looking one on Chrono24, so if you’re in the market, expect to spend some serious time hunting for one! 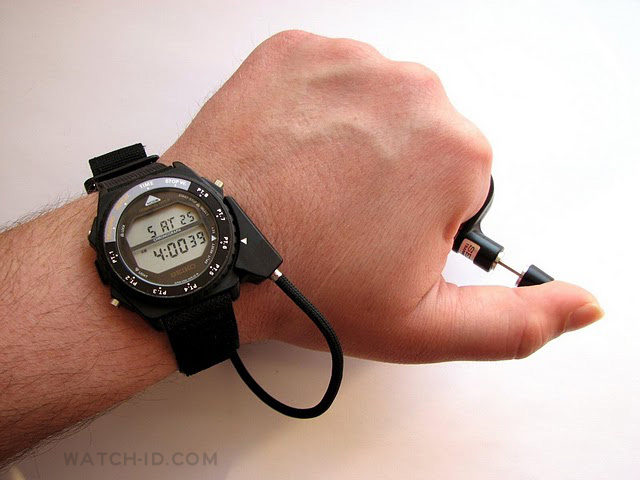 As worn by Christopher Lloyd in Back To The Future

I know I covered Back To The Future in Part 1 of this series, but when researching for this article, I came across this. It was not one I had ever actually spotted before or come across, but “Great Scott!” — It oozes retro coolness. It instantly became a shoo-in for a spot on this list!

This watch features an unusual rotating bezel, which is used to activate the different modes. We’ve seen this before in Tomas’s recent article on the Seiko Astronaut. More unusual still, however, is the detachable stopwatch trigger. I found a few examples of this watch on eBay, but none had this attachment as part of the sale. If you decide that this is the Seiko movie watch for you, you may struggle to find the trigger!

So there we have it, my top 5 Seiko watches that feature on the big screen. Seiko watches have long peppered movie theatres and TV screens, so there were a lot of choices. As ever, I know that not everyone will agree with my choices, but that’s OK. Please tell me what you think of these five and tell me what your favorites are too! The Seiko collector community is so passionate, and there’s always plenty of great conversation to be had — let it commence!