Watches and movies go hand in hand. But which are my top 5?
Dave Sergeant
comments 10
Share

As watch enthusiasts, we love any reason to covet and add extra value to our pursuit of new additions to our collections. One such tenuous reason used to explain to our spouses and significant others why we really MUST HAVE just-one-more-watch is using connections to movies.

I’m sure that we’ve all used the line, “but this is the exact same model worn by Martin Sheen in Apocalypse Now! It’s a timeless classic!” No? Just me? OK. Without further ado, here we go — my top 5 movie watches: 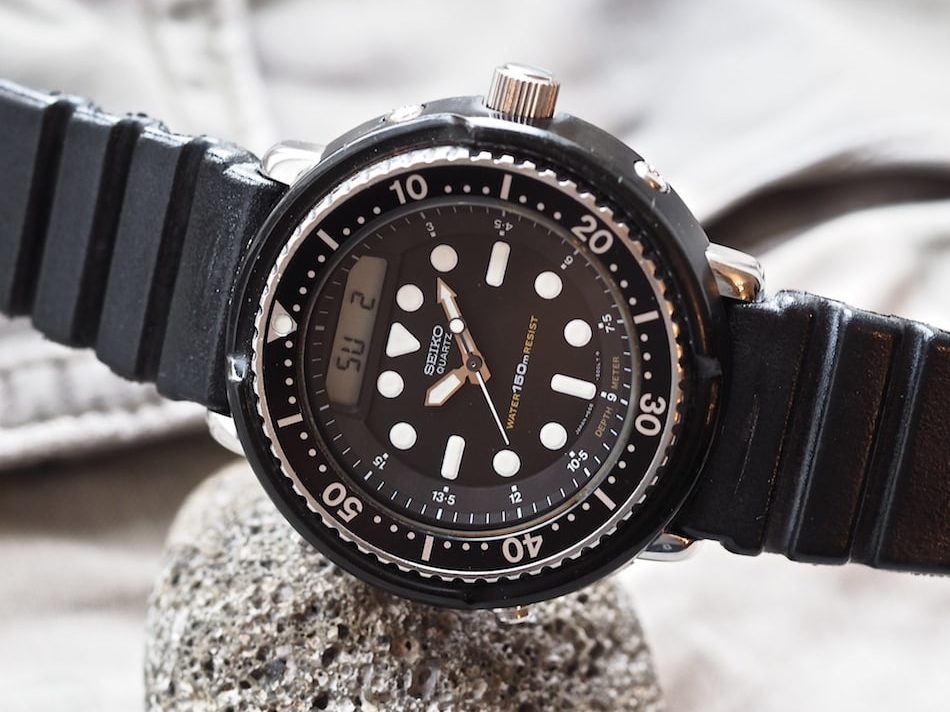 As worn by Arnold Schwarzeneggar in Predator and Commando

You can spot Arnie wearing his Seiko H558-5000 Quartz Diver, hunting bad guys in Commando, and stomping aliens in Predator. With Arnie being the instantly recognizable and popular actor that he is, he brought a lot of attention and cult-like collectability to this model. It’s certainly one of the most bad-ass watches on this list. The original now sells for significantly more than its original retail price. There’s currently a few listed on Chrono24 at around the €1,000 mark.

In 2019, Seiko reissued the watch under the SNJ025 moniker. It was well-received by the Seiko fanbase, and it stayed faithful to the original. So, if the pre-owned prices are a little steep for your wallet, rest assured that there is a more budget-friendly alternative available. If you’re in the market for a wrist-mounted time tool for accompanying you on your alien-killing day job, the SNJ025 would be a fine choice. 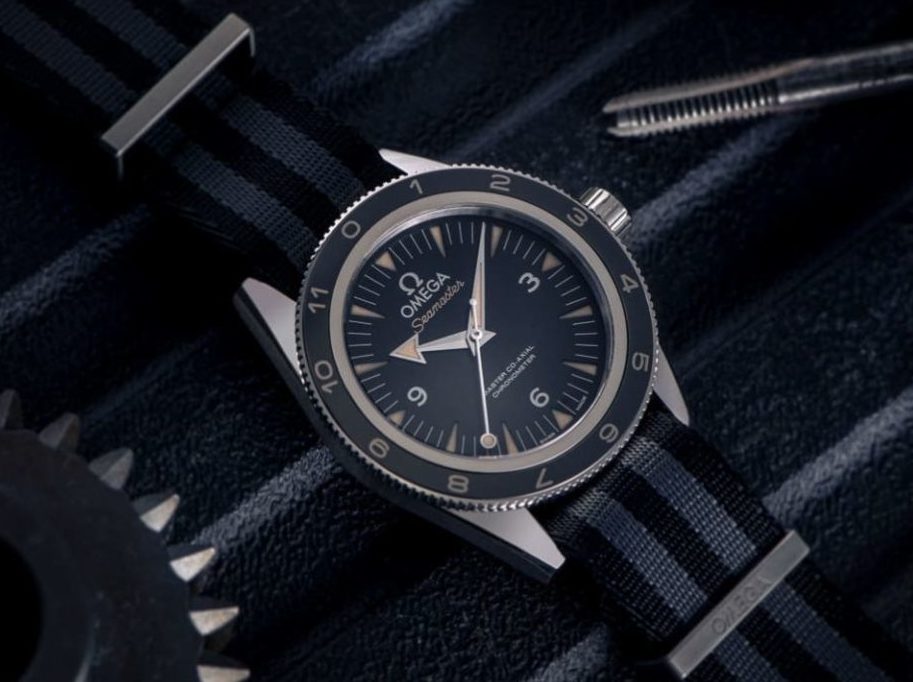 As worn by Daniel Craig in Spectre

What kind of list would this be without including at least one James Bond watch? Over the years, Commander Bond has strapped many different watches to his wrist, including Rolex, Gruen, Seiko, and Omega. Omega is usually his timepiece of choice lately, with my favorite being the Seamaster 300, as seen in his most recent outing, Spectre.

Omega designed this watch exclusively for the film. Omega released a Limited Edition “Spectre” Seamaster 300 to coincide with the movie. While Bond’s watch also comes equipped with explosive capabilities, I’m sorry to say that this one doesn’t. In fact, it doesn’t contain any gadgets or weapons — it just tells the time. You’ll need to pack your gadgets separately for your top-secret spy missions. 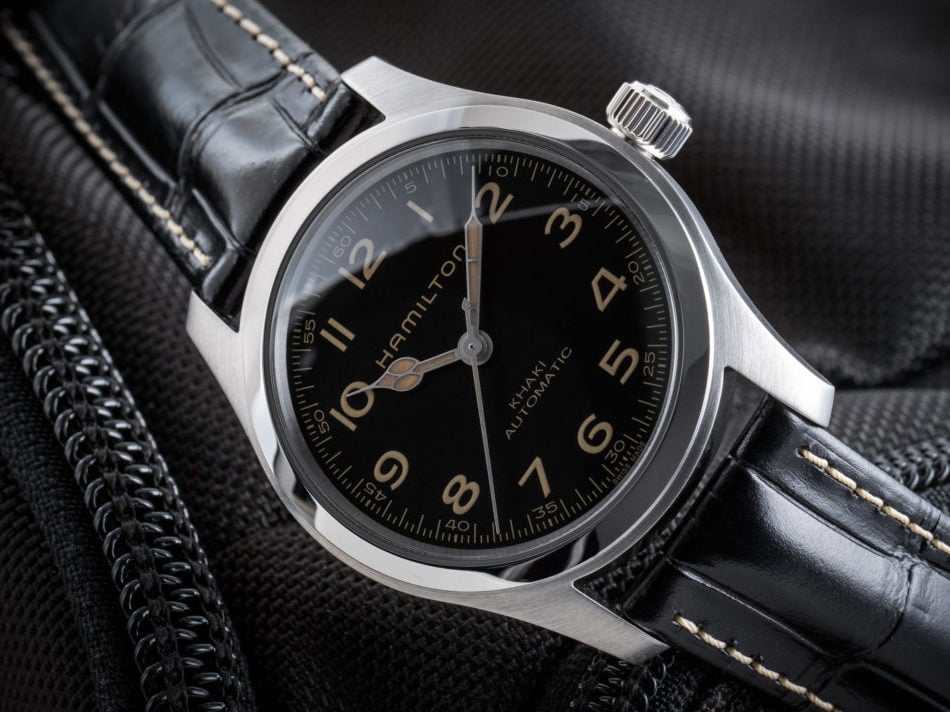 As worn by Jessica Chastain in Interstellar

Interstellar was a box office smash hit and quite rightly so. I have watched it at least four times, and it never gets old. Without giving away any spoilers for those who have yet to see it, the lead character, Cooper, gives this watch to his young daughter, Murph.

…this is a smart-looking timepiece.

“Eureka!” — those are the words exclaimed by Murph when she solves the equation central to the movie’s plot. The Morse code translation is subtly printed along the length of the seconds hand. Sitting inside a 42mm case, this is a smart-looking timepiece.

This watch was well-received and has proven very popular with the watch community to date. As far as movie watches go, this is one of the few that appeared in a movie first before making its way into full-time production. It’s currently in the Fratello shop and available right now! You can also read our quick review right here. 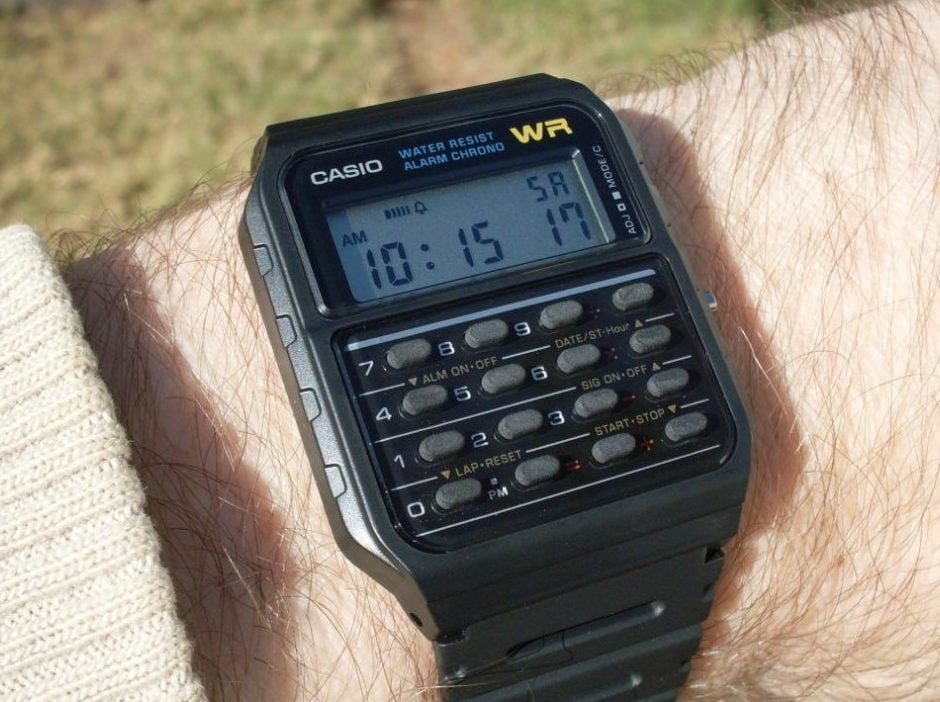 As worn by Michael J. Fox in Back To The Future

One of the cheapest and coolest-looking movie watches on this list. You can pick one up from Amazon for less than €30. If you had one of these when I was a kid, you oozed infinite cool on the playground. Every December, I circled it in the Argos catalog and casually left the page open in the weeks leading up to Christmas day. My parents never did take the hint; I never got to be that cool.

For the price, this was and still is a hell of a lot of value.

Marty McFly’s incredibly affordable Casio features a calendar, an alarm, a 1/100 second stopwatch, and, of course, an eight-digit calculator. For the price, this was and still is a hell of a lot of value. 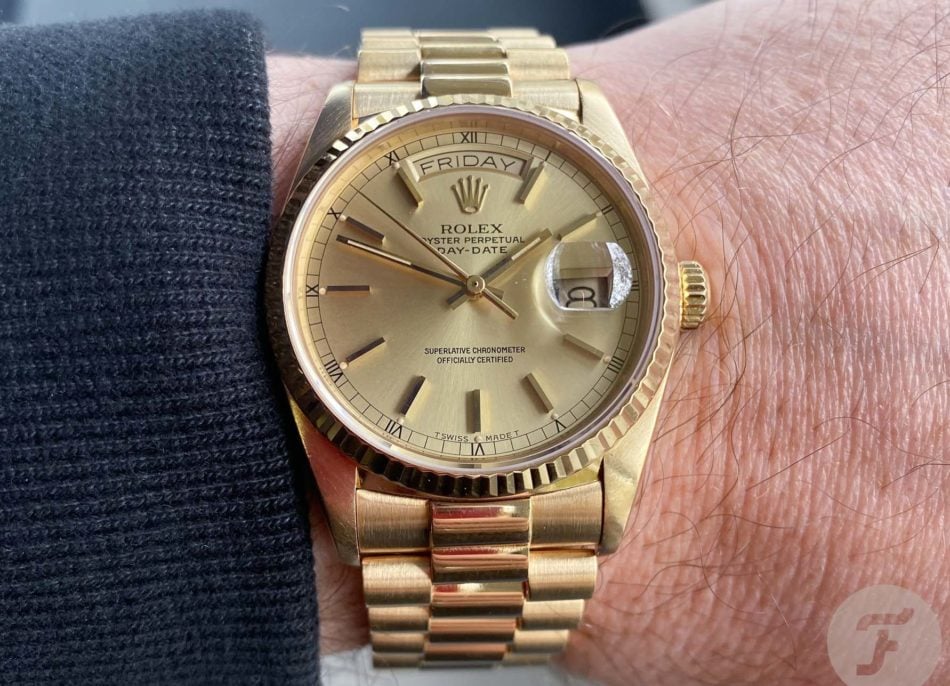 As worn by Alec Baldwin in Glengarry Glen Ross

That’s a direct quote from Alec Baldwin’s ball-busting sales-manager character in the film. As a result, Rolex’s Day-Date has become associated with the eighties business and its wealth-obsessed lifestyle. Make money and spend it — the life of excess. That said, the Rolex DayDate is still an iconic watch in its own right.

Selling printer ink cartridges was not for me…

I was working in a telesales job when I first saw this film. Each morning we had a “motivational training session”. Often, this just involved being shown clips from Glengarry Glen Ross. I’m not sure I totally understood the logic behind these so-called training sessions, but hey? Who am I to argue. Needless to say, the training was not successful, and I decided to take an alternative career direction. Selling printer ink cartridges was not for me…

So there you have my favorites. I know there’s plenty of other watches featured in films, but if you think I’ve missed a real doozy, then do let me know in the comments. I’m keen to hear what your favorites are too!