Dear Seiko, Bring Back The Spacewalk

The Seiko Spacewalk… This is a Seiko many remember solely for costing $28,000 — if one could even find it at all. It was Seiko’s first foray into a purpose-built space watch, and what a watch it was… Spring Drive movement, 12-hour chronograph, 24-hour indicator, power reserve, and date, all present on a black, no-nonsense dial and wrapped up in a radical titanium bullhead case. And — true to the name — the Seiko Spring Drive Spacewalk did perform a spacewalk in, well, space. But that was 14 years ago. In both space travel and watches, that’s a veritable lifetime. Now with commercial space travel taking the stage, it’s time to ask: where is our new Seiko Spacewalk?

In 2008, Seiko released the Spring Drive Spacewalk specifically for a private citizen’s first space flight. RJ wrote an article years ago about the watch and its origins. While the space tourist in question, Richard Garriott, did not perform any EVAs (Extra Vehicular Activities — AKA spacewalks), the Seiko Spacewalk certainly did on the wrist of a more qualified professional. Upon return and inspection at Seiko’s Epson facilities, it was determined that the watch performed flawlessly. Garriott’s watch was auctioned for charity. Seiko produced 100 more Spacewalks soon after for the general public. Yet aside from the occasional model popping up from time to time for sale well above the original price, that was the end of the Seiko Spring Drive Spacewalk. 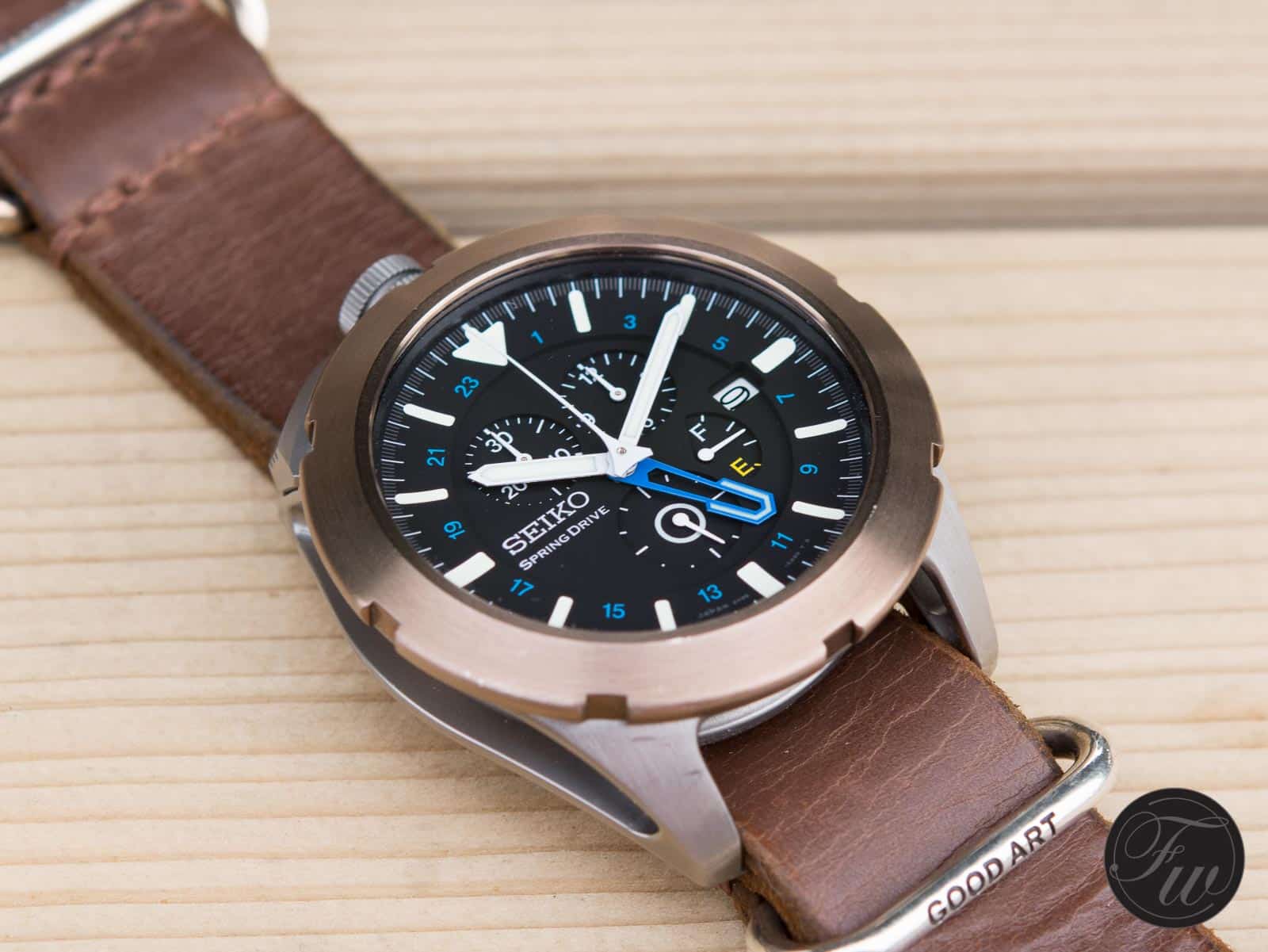 Why did Seiko’s interest in producing a space watch fizzle out? Well, for starters, a global economic recession at the time affected just about every industry. That certainly could not have boded well for a Seiko that cost 100 times more than many other respectable Seiko watches of the day. And, while the hype of commercial space travel was in full effect at the time, the reality of it was still many years away. Whatever the reasons, it stands that Seiko made an incredible watch in small numbers that most people could not afford… and then moved on. 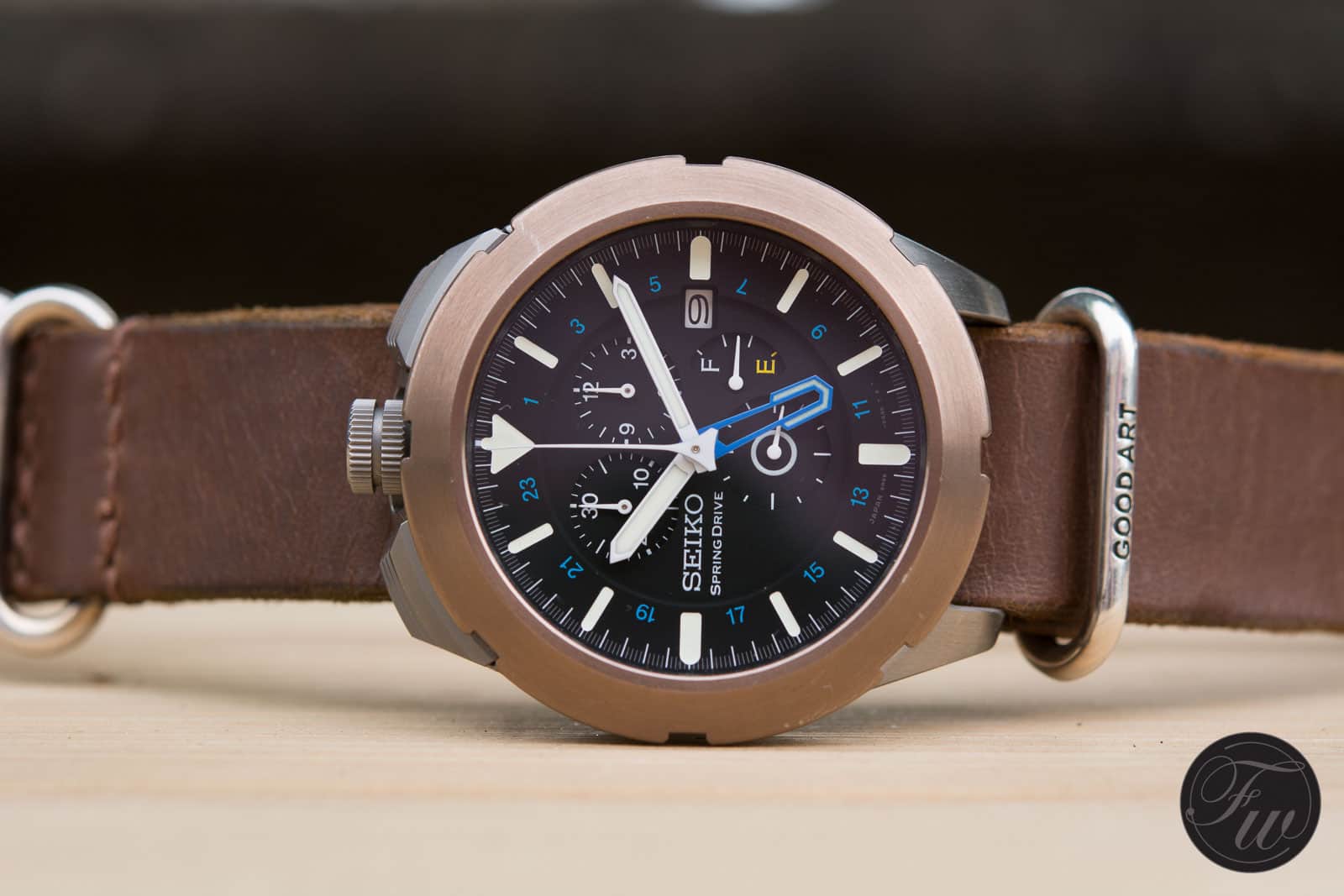 The Seiko Spring Drive released to the public was nearly identical to the prototype worn in space. Reference SPS005’s major deviation from the original was the numbered case back. Everything else stayed the same. Interestingly, the movement used is an unmodified Spring Drive 5R86. The 5R86 packs a punch with a 12-hour chronograph, date, power reserve, and 24-hour/GMT hand. The Spring Drive technology imparts high accuracy and resistance to vibration. As has now been determined by many different watches in space, automatic winding has no problem working in zero gravity. Well, as long as you’re moving, that is.

What could be actually called “purpose-built” for space is the case and its unique orientation. The bullhead orientation does a good job of making a massive watch more wearable. In the setting of space, the large up-top pushers and crown provide easy manipulation for gloved hands. The bullhead orientation also rotates the layout of the watch’s sub-dials, making it inherently more symmetrical. The case itself is titanium, machined for optimum lightness. After all, every ounce counts when leaving the earth. 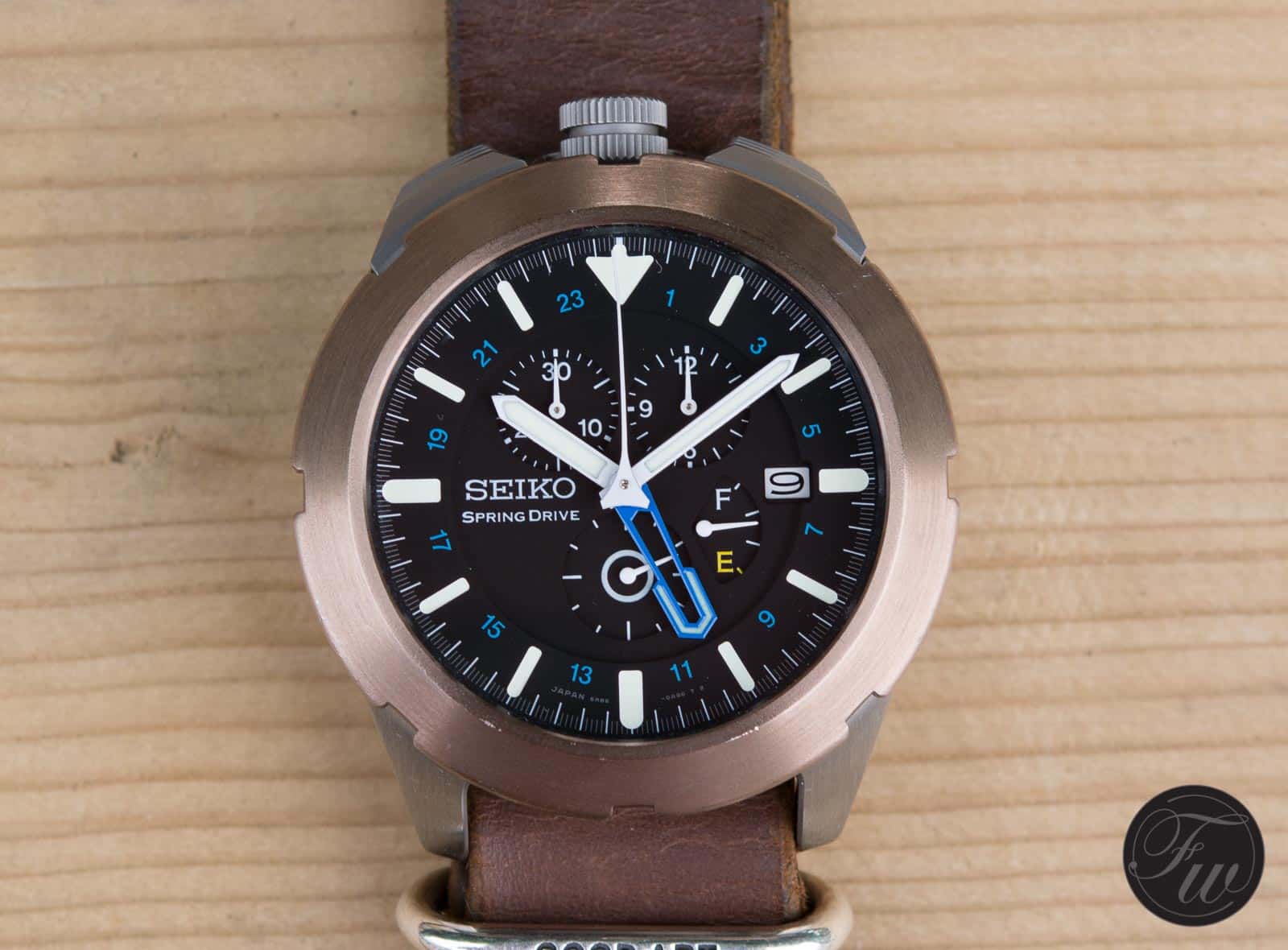 So much information, so little space

The dial is cluttered, yes, but that comes with the territory with so much information to display. Running seconds is at 6 o’clock. The date is at 3 o’clock, with a cheeky fuel-gauge power reserve indicator next to it. The 30-minute and 12-hour counters sit side by side below 12 o’clock. All of the hands, indices, and text are as simple as Seiko could manage, improving the overall legibility. The transparency of the 24-hour hand also helps in this endeavor, and it frames the hour hand nicely when it overlaps it every 24 hours. And Seiko knocked it out of the park with the lume. My favorite aspect is the lumed circle in the running seconds display. In the dark, the un-lumed seconds hand interrupts the glowing circle. That’s a nifty approach to reading the seconds. 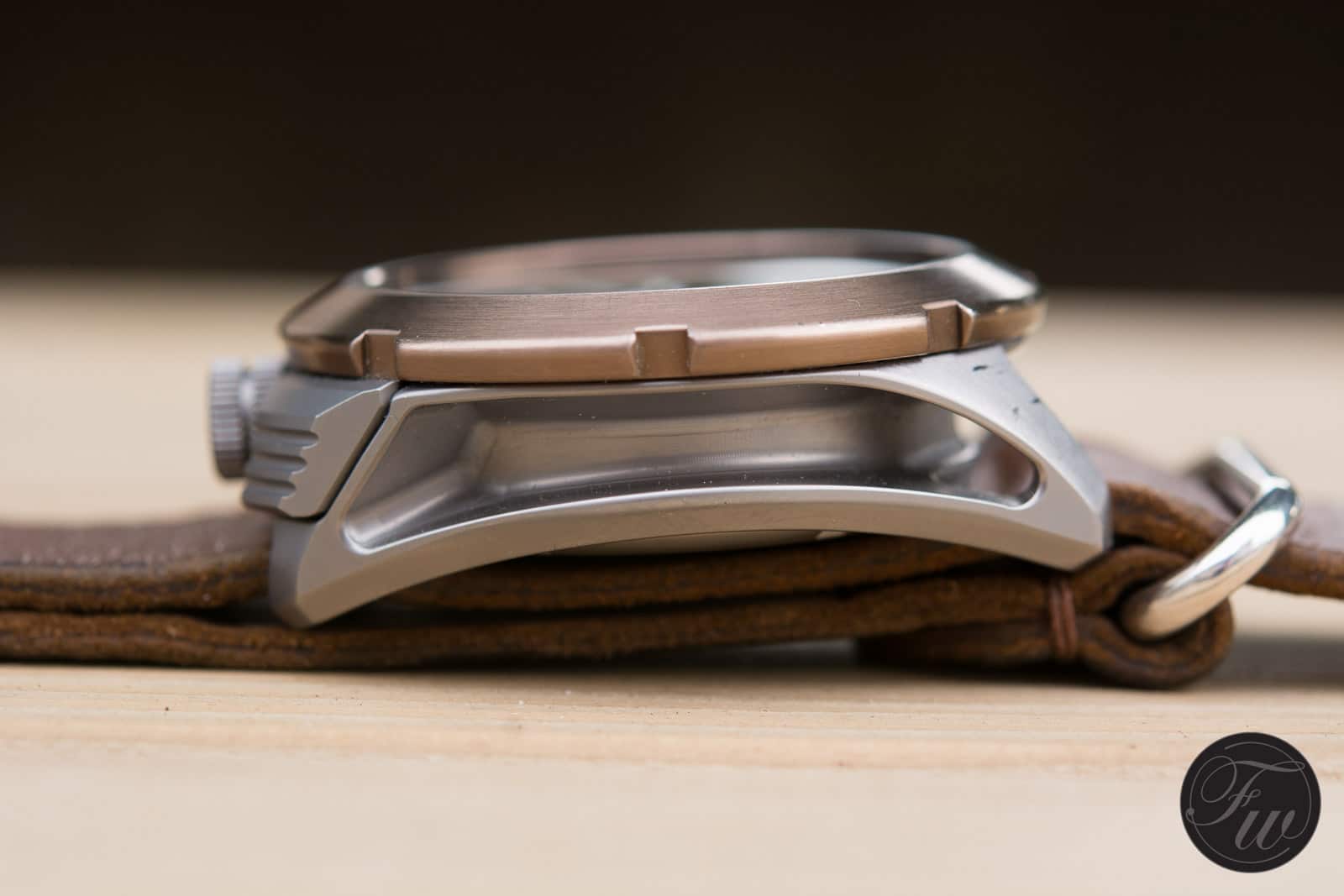 All of the features make for a great watch — an excellent watch, even. Was it worth $28,000? Well, 100 people thought so. The real question is: would it be worth $28,000 if Seiko made it today? With the way the brand has been steadily swimming upmarket with little to point to except novel color palettes and inflation, I guess there’s no telling what Seiko would charge for a modern iteration of the Spacewalk. However, comparable space watches from Fortis and Omega sit firmly below $10,000. I think Seiko would have trouble justifying more than that. The technology is over ten years old and titanium is entering the mainstream. And the market wouldn’t support an unlimited release at limited-edition-prototype prices.

The good news is that Seiko can make this watch today better and at a lower cost — and should. The concept of space travel and the watches meant to accompany it is becoming more commonplace. It’s time Seiko gave us its own version of the commonplace space watch. 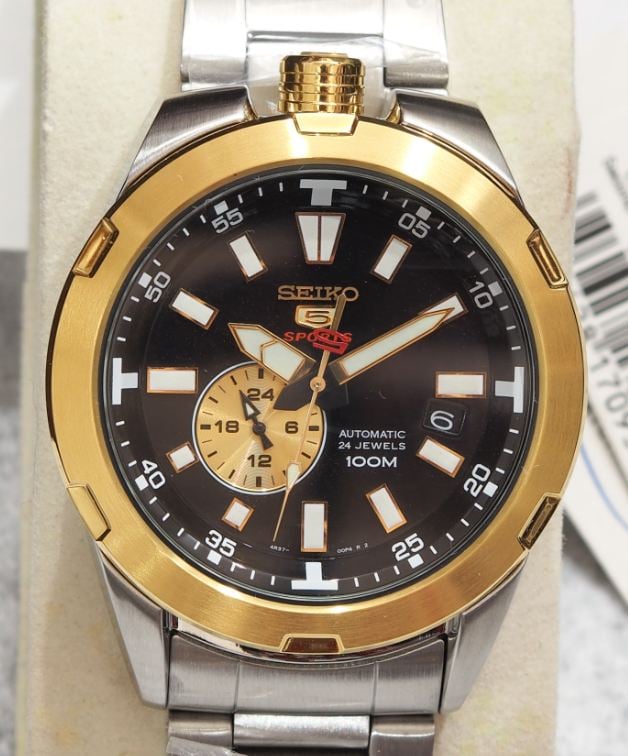 The Seiko Spacewalk SSA172. Courtesy of user “need4speed” at Watchuseek.com

Seiko did release an affordable “Spacewalk” of sorts at one point. The Seiko 5 Sports Spacewalk 50th Anniversary — reference SSA172 — is a bit of a strange bird. It falls under the Seiko 5 Sports umbrella. I’m not even sure to what markets it was released. It has a steel bullhead case that mimics the true Spacewalk down to the differently-colored notched bezel. But that and the name are where the similarities end. The only complications are a date and a 24-hour indicator, and a Seiko 4R37 movement ticks within. In short, it’s a novelty for those that wanted the aesthetics of a Seiko Spacewalk. It is the Seiko equivalent of the MoonSwatch. And good luck finding one. It has become (almost) as rare as the original Spacewalk — a strange twist of fate. 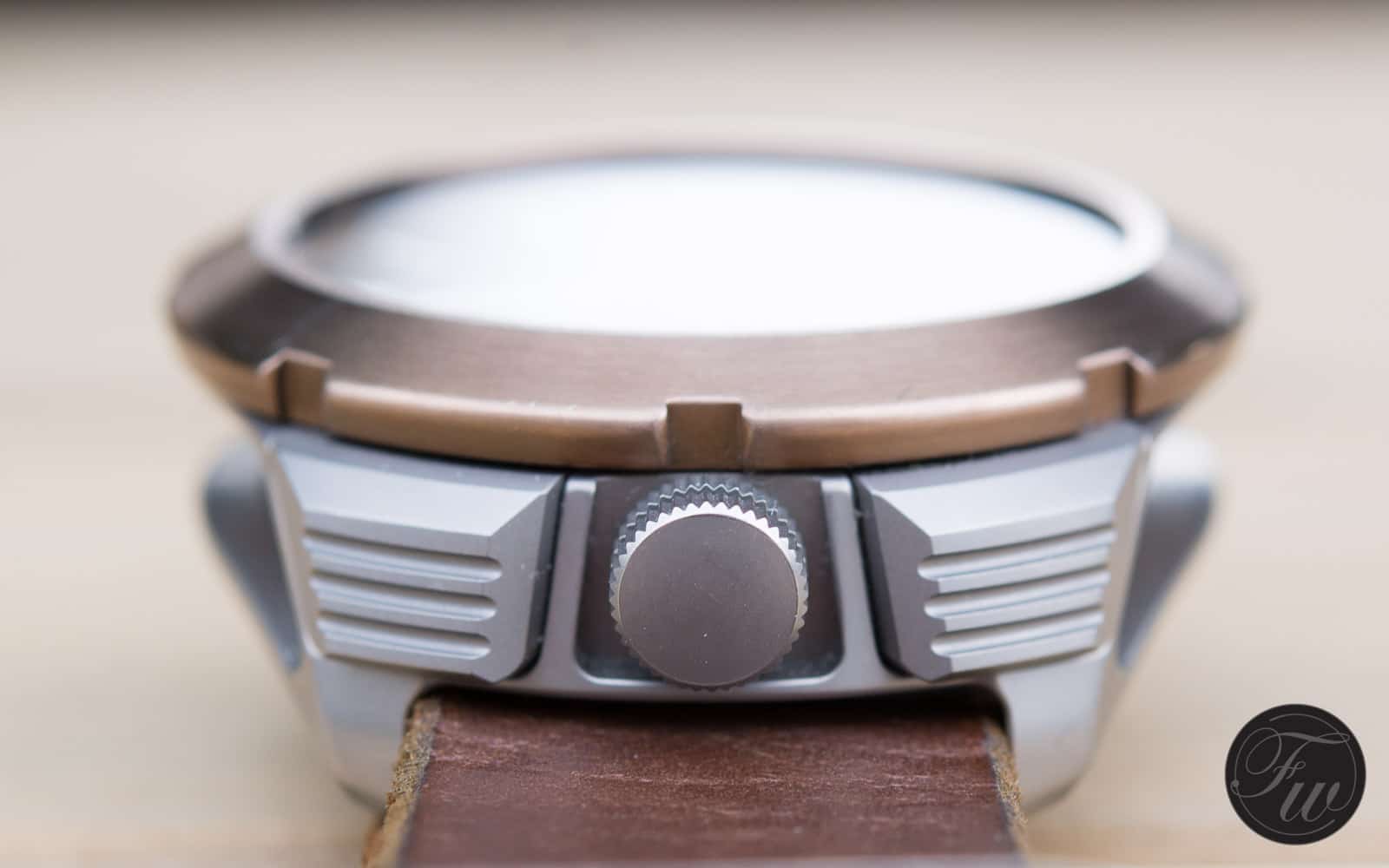 No, what we need is a true successor to the original, as robust and chunky as the one that went to space. Well, maybe not quite as chunky. The Omega Speedmaster Professional Moonwatch has long made the argument that a space-oriented tool watch doesn’t have to sacrifice elegance. Seiko’s Spring Drive chronographs are usually larger watches. I don’t know if that’s a requirement of the size of the caliber, or a necessity for legibility. I do wonder, however, if there’s a Spring Drive caliber around the corner that could shave some millimeters off a space watch.

A watch made to be a useful tool in the vacuum of space should have a long shelf-life indeed.

As it stands today, the likely candidate would still be caliber 5R86, the movement in the original Spacewalk. This is the less highly finished version of the 9R86, which Grand Seiko keeps for itself. The technology and design at this point are old hat, as uninteresting and predictable as Spring Drive could ever be. But it works! Why fix what isn’t broken? If Seiko were to add any functionality to a new Spacewalk, I’d put my bid in for a rotating bezel. Make use of those notches! Aside from that and reducing the size, everything else is perfect. The nature of space hasn’t changed. A watch made to be a useful tool in the vacuum of space should have a long shelf-life indeed. 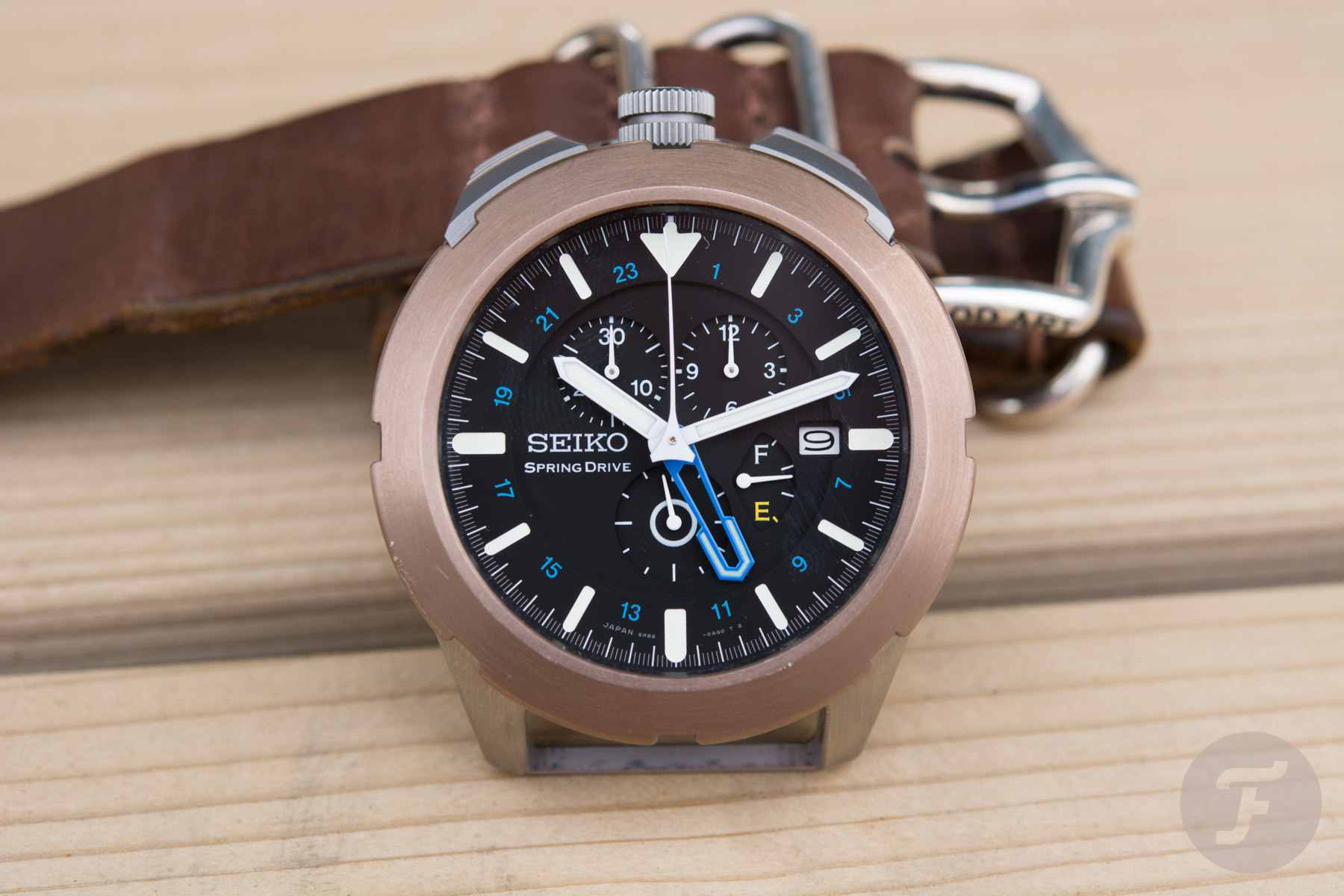 The market is displaying an openness to and hunger for new space watches. This should be an interesting segment to watch in the coming years. Radical design, new materials, and novel approaches to function will be what fuel this new space race. Though I love the design of the original Spacewalk, I understand the specialness that watch holds for both Seiko and the lucky few that own one. If we consider the SPS005 to be the concept vehicle, it stands to reason the model that reaches the mass market will be slightly toned down. As long as it gets a Seiko Spacewalk on my wrist, I say to Seiko, do what you must. Just make it cool.

More information on the original Seiko Spring Drive Spacewalk is available here. Let us know in the comments what you think about the Spacewalk and whether it’s time it made a comeback or not.