We’ve had a pretty exhilarating time on Fratello recently, with the releases of Watches And Wonders causing quite a stir in the industry and within our beloved comments section. And here I come again with a brand that splits opinions within the team. RJ, our bespectacled overlord, doesn’t have much time for Forstner. Despite the platonic cuddles we frequently share in between the writing of articles, this brand is the one thing that can almost bring us to blows. I love it; he doesn’t. He can’t stand the lightweight, era-authentic designs; I can’t get enough of them. However, when it comes to these after-market bracelets and others, there is one thing we agree upon: material improvements are never a bad thing. Consequently, even he is (moderately) pleased to see the new and improved Forstner Beads of Rice bracelet hit the shelves.

Beads of Rice bracelets are themselves quite controversial. They are unabashedly old school. Some people love that. Generally, they are a step too far for me. Of all the awesome bracelet designs from the past, the BoR is probably my least favorite. I even rank it behind the wildly divisive “Herringbone” bracelet that looks like some ancient Chinese torture device.

Courtesy of Lobtime on Etsy

But then, “Beads of Rice” is a bit of a catch-all term. The moniker applies to some quite different styles of bracelets from yesteryear and the modern-day. The way I see it, there are two distinct types of BoR. To my knowledge, there are no official terms for these two “types”, so I will refer to them as “full” and “half” BoR. A “full” BoR is what you see here from Forstner. All of the rows of links are evenly sized. The number of rows can also vary (most commonly, you will see seven or nine). You could therefore call this example a Full Seven BoR. I think that describes it pretty well.

A Half Five BoR from Watch Gecko

And a Half Seven Courtesy of Wrist Chronology

The “Half BoR” usually has five central rows of “rice” links, flanked by double-thickness links acting as a frame around them. This style is very similar to a Jubilee in construction, but a Half BoR generally has more rows framing the flanking links. Usually, you can expect to find five rows of rice links here. However, it is possible to find “Half Sevens” also. I had convinced myself I’d seen a “Half Three” once upon a time, but I think that turned out to be a stretched-out Jubilee, so unless anyone can present evidence to the contrary, I believe five rows is the lowest number of rows to qualify as a BoR. If you find a “Half Nine”, please feel free to share that info in the comments also. 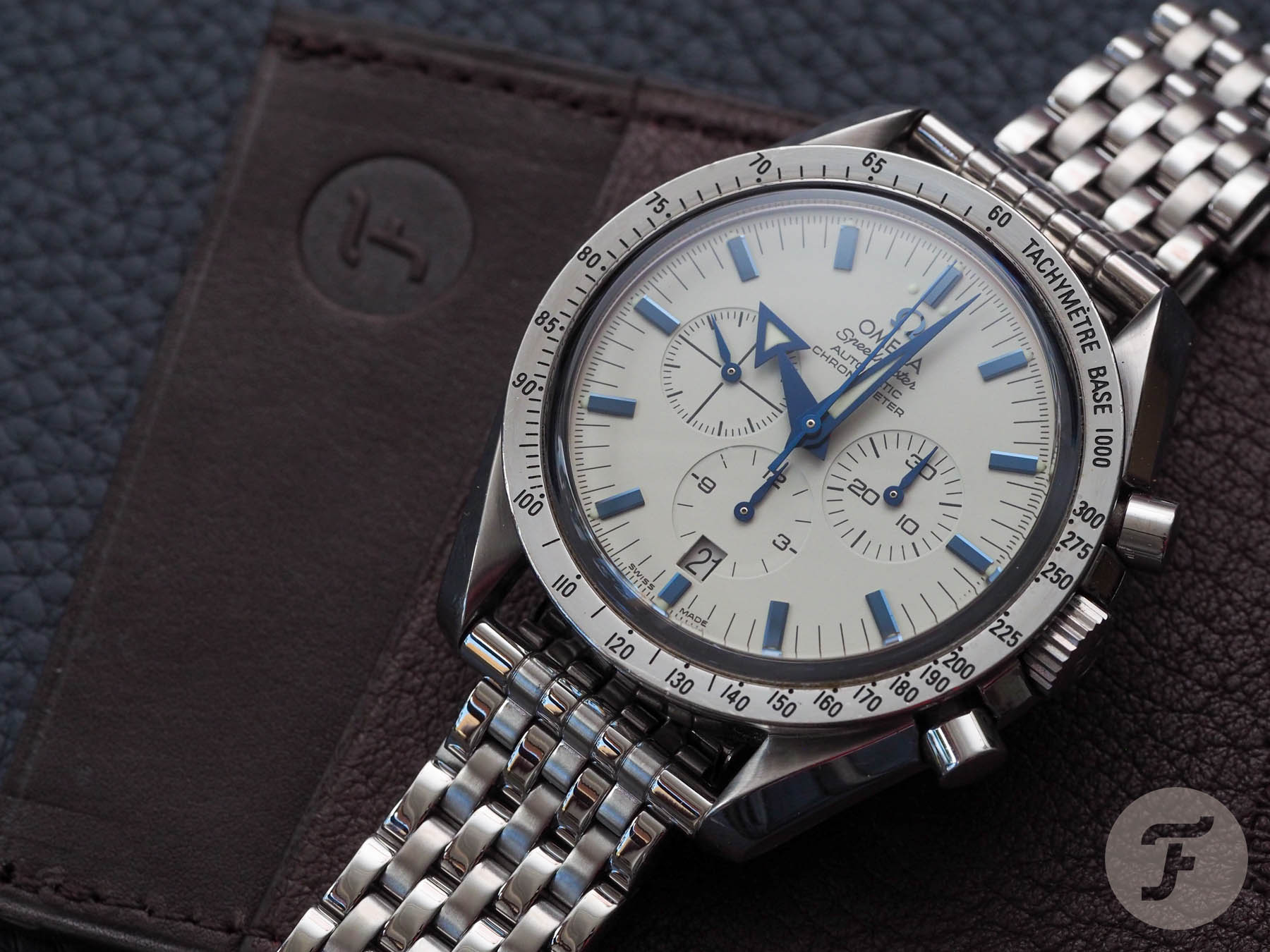 The Forstner Full Seven Beads of Rice bracelet has undergone a key change in the adjustment process. The screw system for link changing has been updated. Gone are the twin-headed screw monsters and, in their place, a simple, single screw that threads directly into the same link. About half of my previous review on the old version of the Forstner BoR concerned itself with how to size the thing, and now, I am pleased to say it is a doddle. 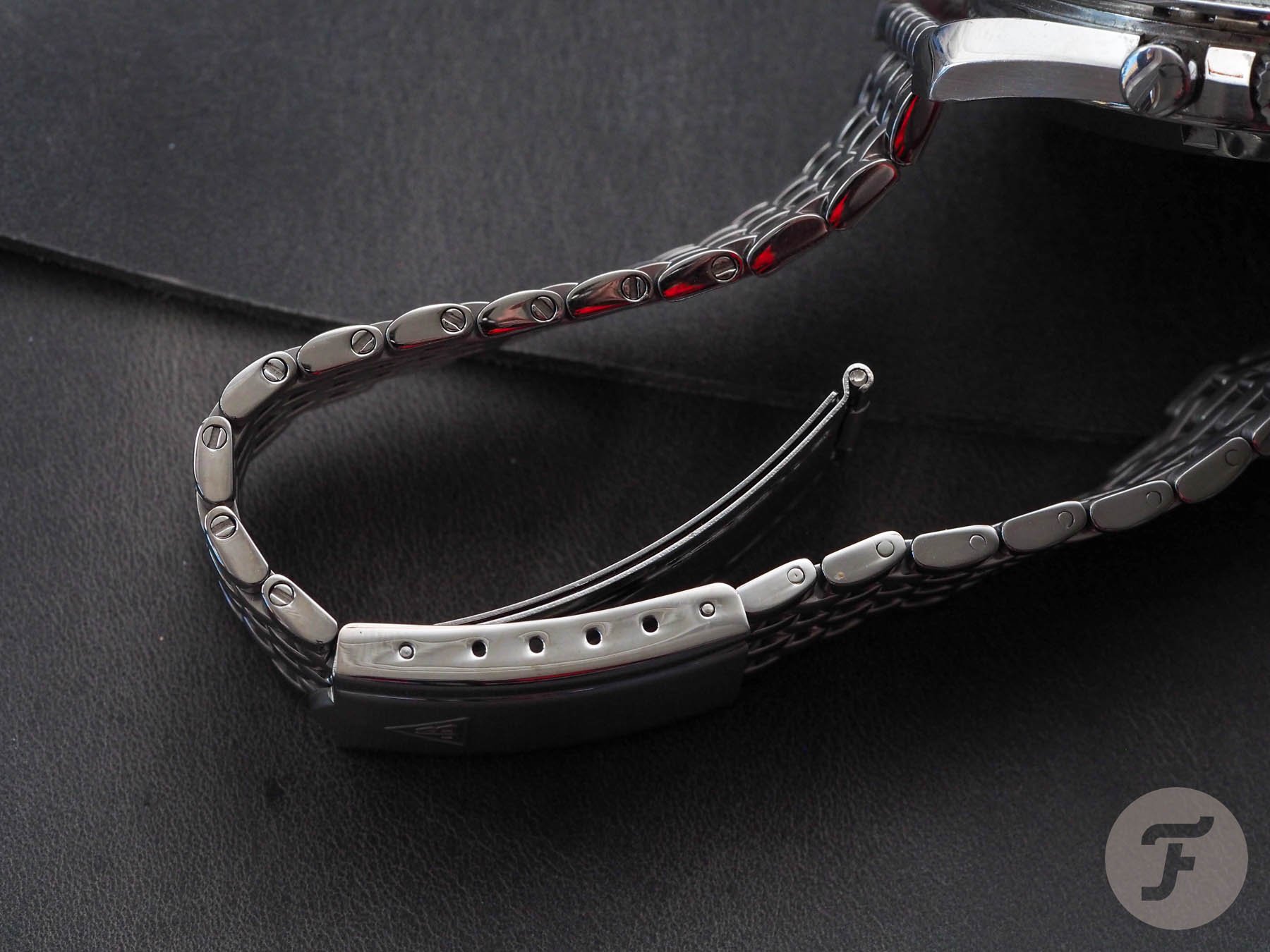 Simply lay the watch on a soft surface to not scratch it or the clasp and unscrew the screws counterclockwise with the screwdriver provided (or, better still, a slightly fatter-bladed driver that really locks into the screw head slot). My tip is always to put significant downward pressure on the screw before you start to turn counterclockwise, as this helps “break the bind” between tap and thread and should result in an audible “pop” when the screw starts to unscrew.

Small details certainly matter in watchmaking. Updates like this may not seem like news, but to those of us deeply in the game, the most minute changes between watches, their movements, their accessories, and all else are important. The subtle joys of interacting with a product that does exactly what it is supposed to cannot be overstated. It is even better when it delivers all that for a reasonable price. The cost of the new Forstner Beads of Rice bracelet is $125. Check it out on the Forstner official website here.