We’re now deep into the Summer Splash showdown and, predictably, the Fratelli are out in force in their joint mission to choose the finest summer watch of them all. Meanwhile, old Bobby is reviewing the latest raft of loaners from Glashütte Original and has, in the process, stumbled across a watch that, while wholly inappropriate for the Summer Splash contest in terms of specs, perfectly elicits the kind of feeling we’re seeking. The Glashütte Original Sixties Sixties Chronograph Annual Edition in green is a vivid slice of optimism that, like the summer sun, threatens to disappear sooner than anyone would like…

GO is in a really good way when it comes to producing seasonal watches for the vintage wing of its collection. While my favorite pieces are the square-shaped Seventies chronographs, the Sixties collection is a close second. I think of these round-cased throwbacks, the time-only tops the wishlist for me, with the chronograph coming a close second (and miles ahead of the big date in third position). What matters more than the complications (or lack thereof), however, is the color deployed on the dial. That’s never truer than when it comes to the Glashütte Original Sixties Sixties Chronograph annual editions. 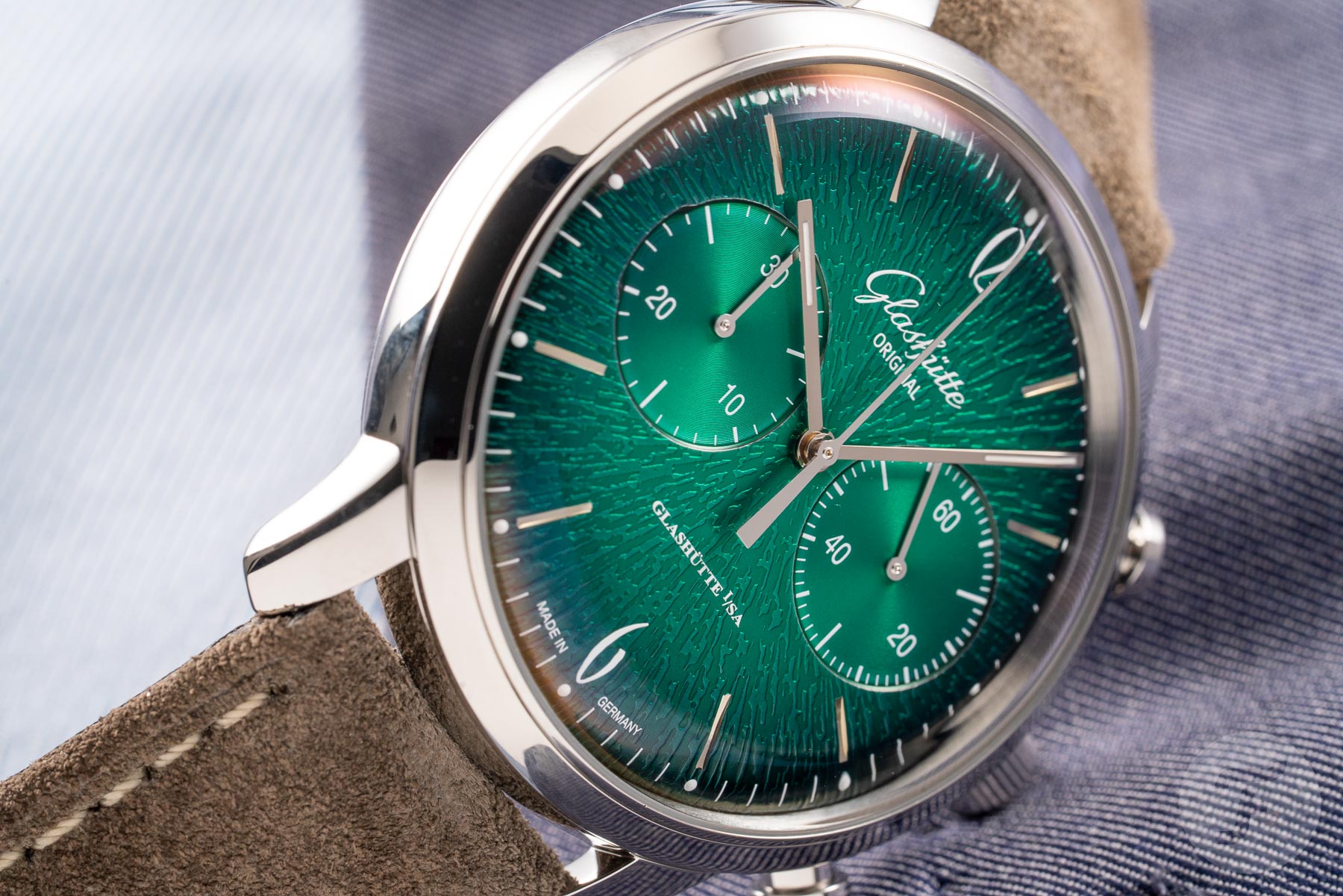 Over the past few years, Glashütte Original has explored oranges, greens, blues, reds, and yellows in this collection to rapturous approval. While many of us still find ourselves lusting for a literal “purple patch”, color fiends like me would be mad to complain at the offerings so far. Considering this brand hails from the sometimes-conservative Saxon town that A. Lange & Söhne, Moritz Grossmann, Tutima, Union, Wempe, Mühle Nautische, and NOMOS home (among a couple of others), these watches certainly stand out. 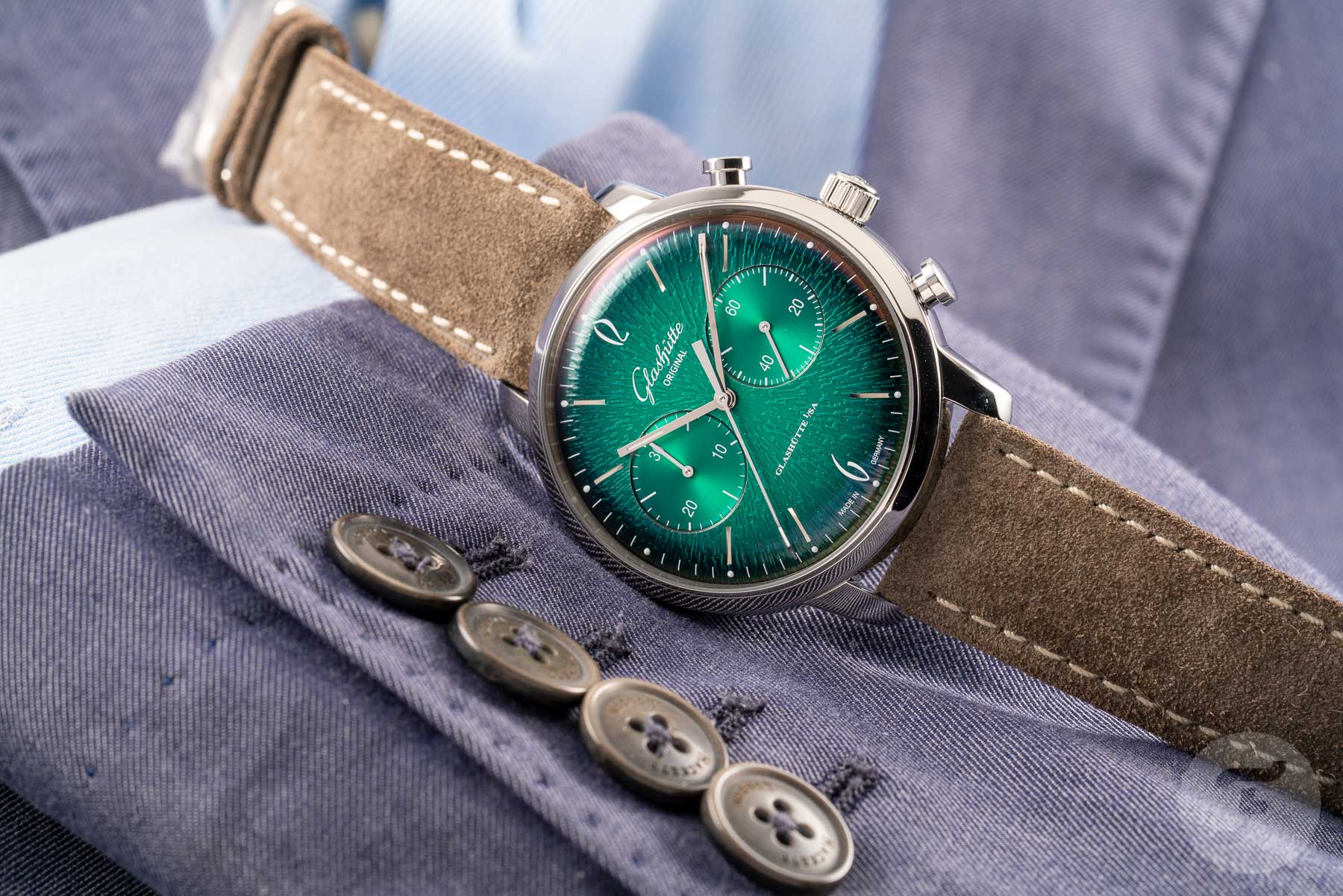 In fact, the fact they do stand out so much is what makes them the standout models of GO’s catalog. Next to the brilliance of Lange and the boldness of NOMOS, GO was at risk of looking…well…a little dull.

And while “dull” might actually be what the majority of fans of German watchmaking (not specifically German watchmaking fans) want most of the time, it’s imperative a collection do something to be recognized if it hopes to snare followers for the future. 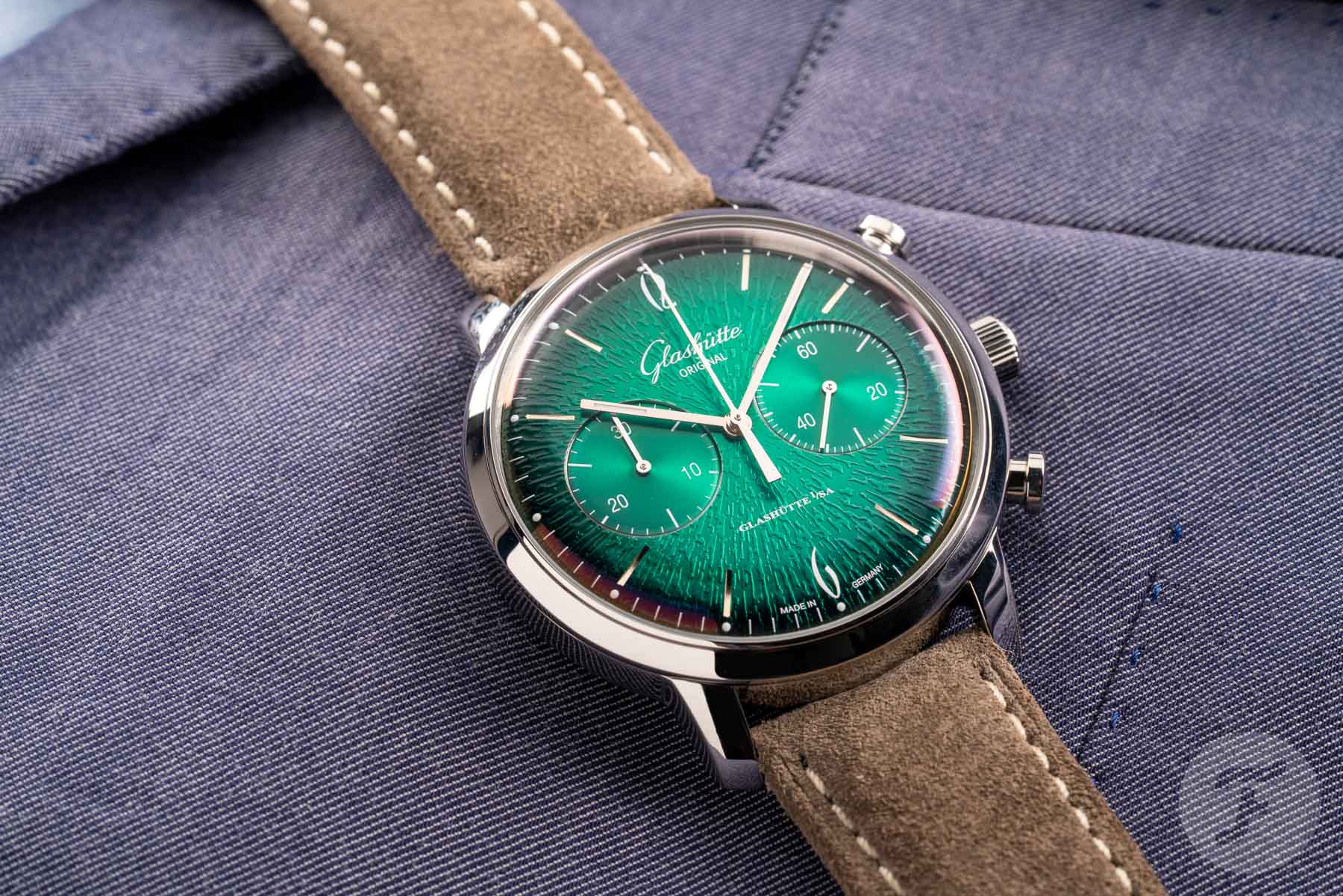 NOMOS has been doing this for years. Honestly, perhaps the biggest advantage of NOMOS Glashütte’s youth has been its ability to misbehave, to upend the established order, to do things no one expected. Even though the NOMOS core remains staid, professional, and traditional, the brand has frequently experimented with wild, often limited-production novelties to draw the eye. 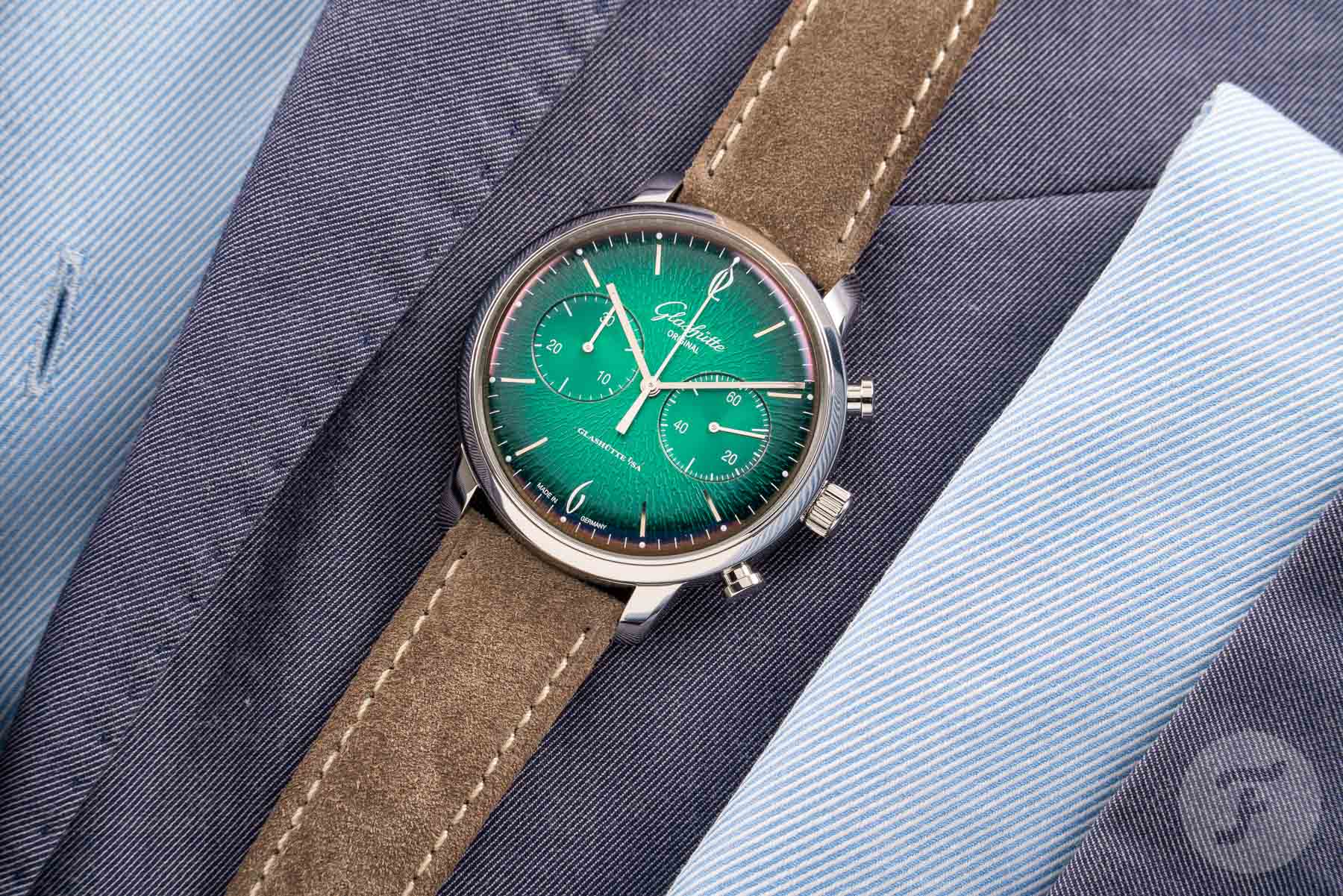 Being a quiet master only works for very few watchmakers, perhaps only the very best in their field. Sometimes, it is necessary to make a bit of noise. Sometimes, it is necessary to stand out from the crowd. Every so often, the world needs reminding that technical masterpieces can also have souls. And that’s what the Sixties and Seventies collections bring to the Glashütte Original catalog and brand in general. It brings with it a soul and a compelling one at that. 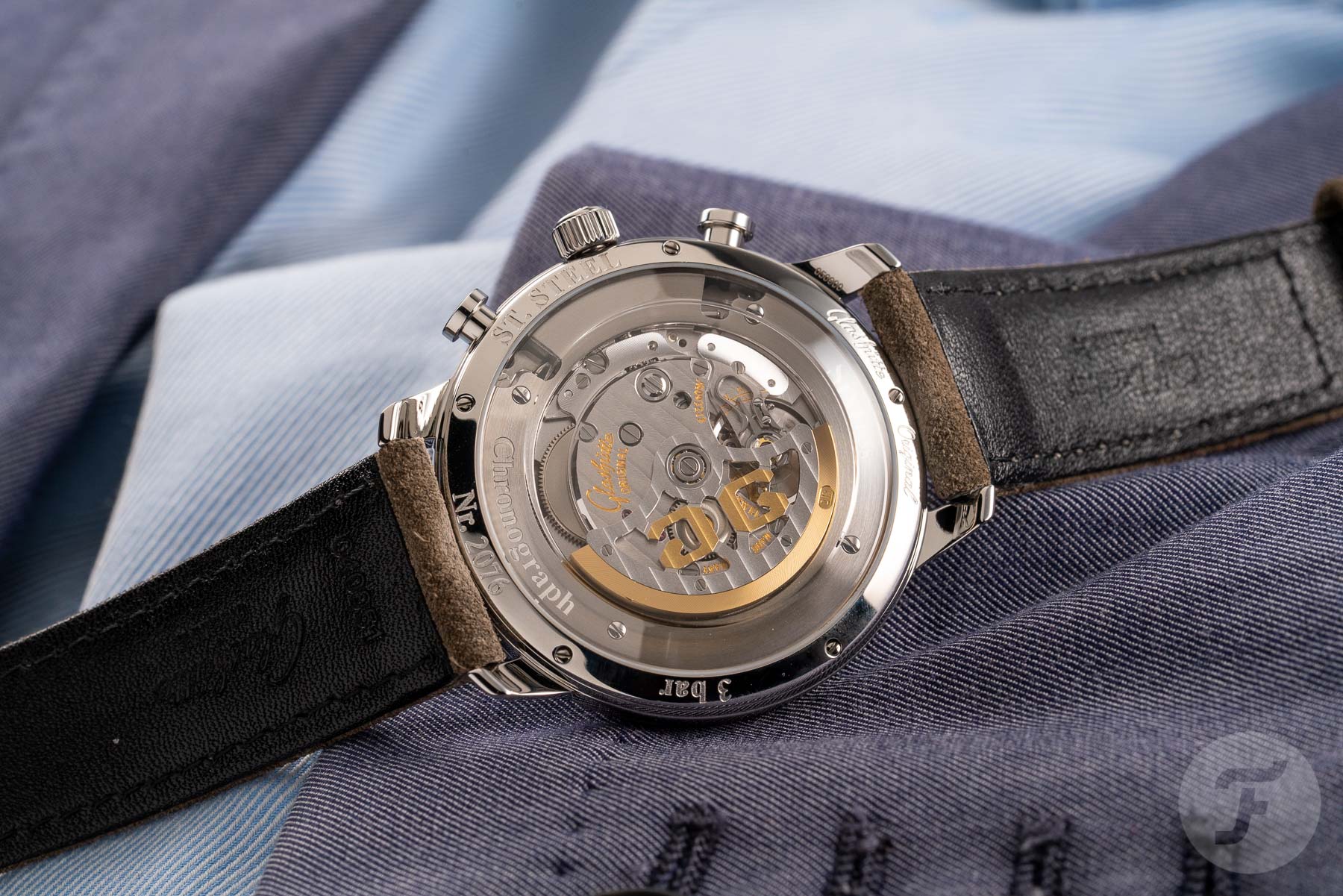 No one ever doubted the technical ability of Glashütte Original. This watch continues a long tradition of horological excellence. Inside the 42mm by 12.4mm stainless steel case (water-resistant to 30m) is the in-house 39-34 caliber. It is an automatic with a 38-hour power reserve (+/-5%), a 28,800vph, a traditional three-quarter plate construction, and excellent finishing. 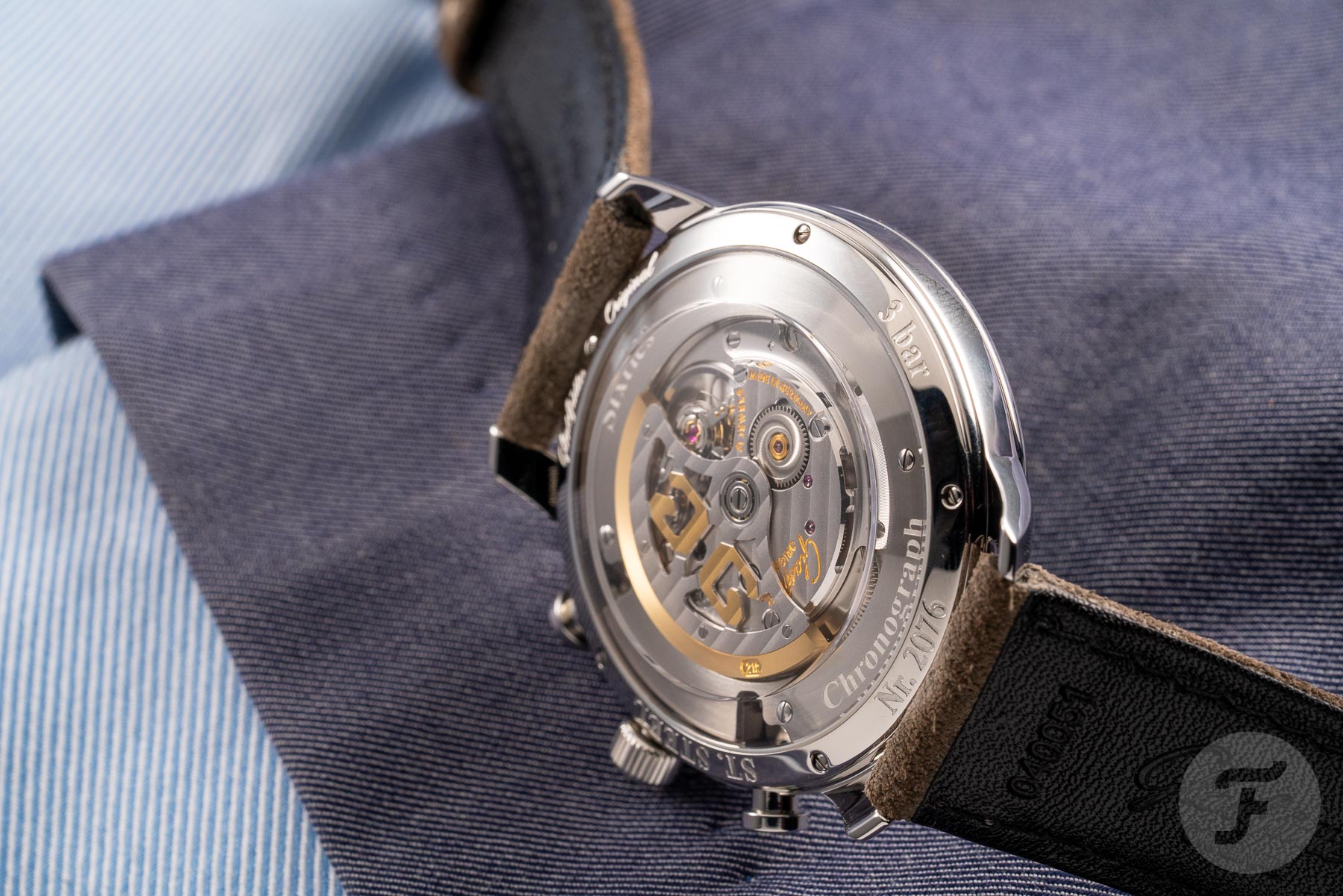 The movements used in Glashütte Original timepieces are really exceptional. They are often, somewhat unfairly in my opinion, compared to those of Lange & Söhne, but they are very different animals indeed. Glashütte Original is a Swatch Group brand. While Lange is part of the Richemont portfolio itself, the two marques play very different roles within their respective conglomerates. Lange is the jewel in Richemont’s crown. Glashütte Original is, generally speaking, in the middle of the pack for the Swatch Group, with some target audience overlap between the very sporty Omega and the very dressy Blancpain.

Price-wise, GO covers a broad spectrum. Here, for a limited production chronograph with a delightful movement that, despite being overseen by a Swiss master is respectful of the German traditions, we are talking €8,100. That’s not a lot of cheddar for what is a truly delicious serving of watch grub. 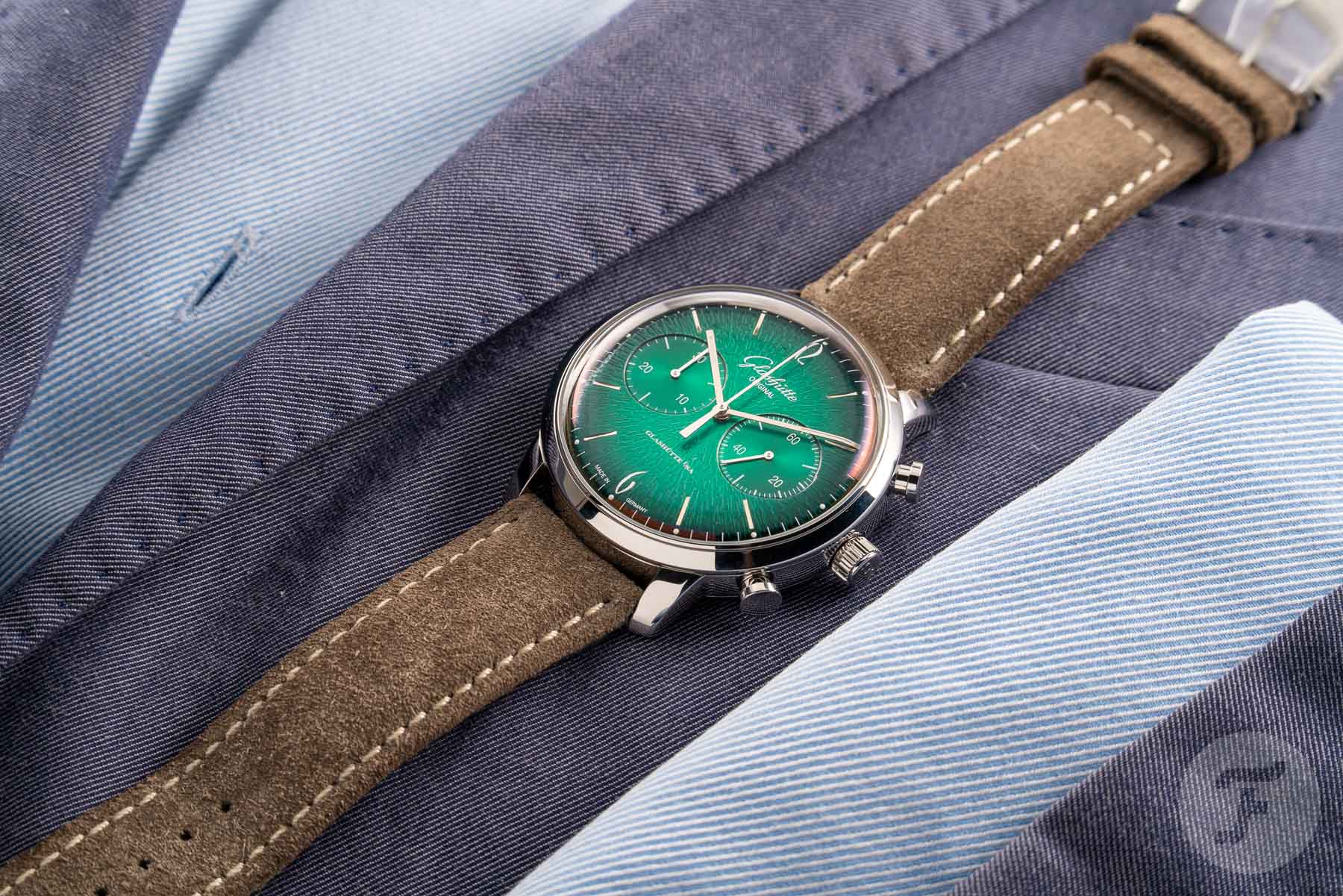 While the movement is more than up-to-snuff for this price, the dial is the star of the show. Glashütte Original has a dedicated dial plant in Pforzheim. There, these magical dials are created. The process is similar to the genesis of the Czapek Antarctique Passage de Drake or Grand Seiko Snowflake dials. The blanks are first stamped under immense pressure. Following the application of the unusual pattern, several layers of lacquer are carefully applied.

The result is one of shimmering beauty. Really, and I’d be shocked if anyone disagreed with me here, this is why you buy one of these pieces. The prospect of being wowed daily by the watch on your wrist is a heady one. For my money, that makes this model, and all those like it, worth every cent. 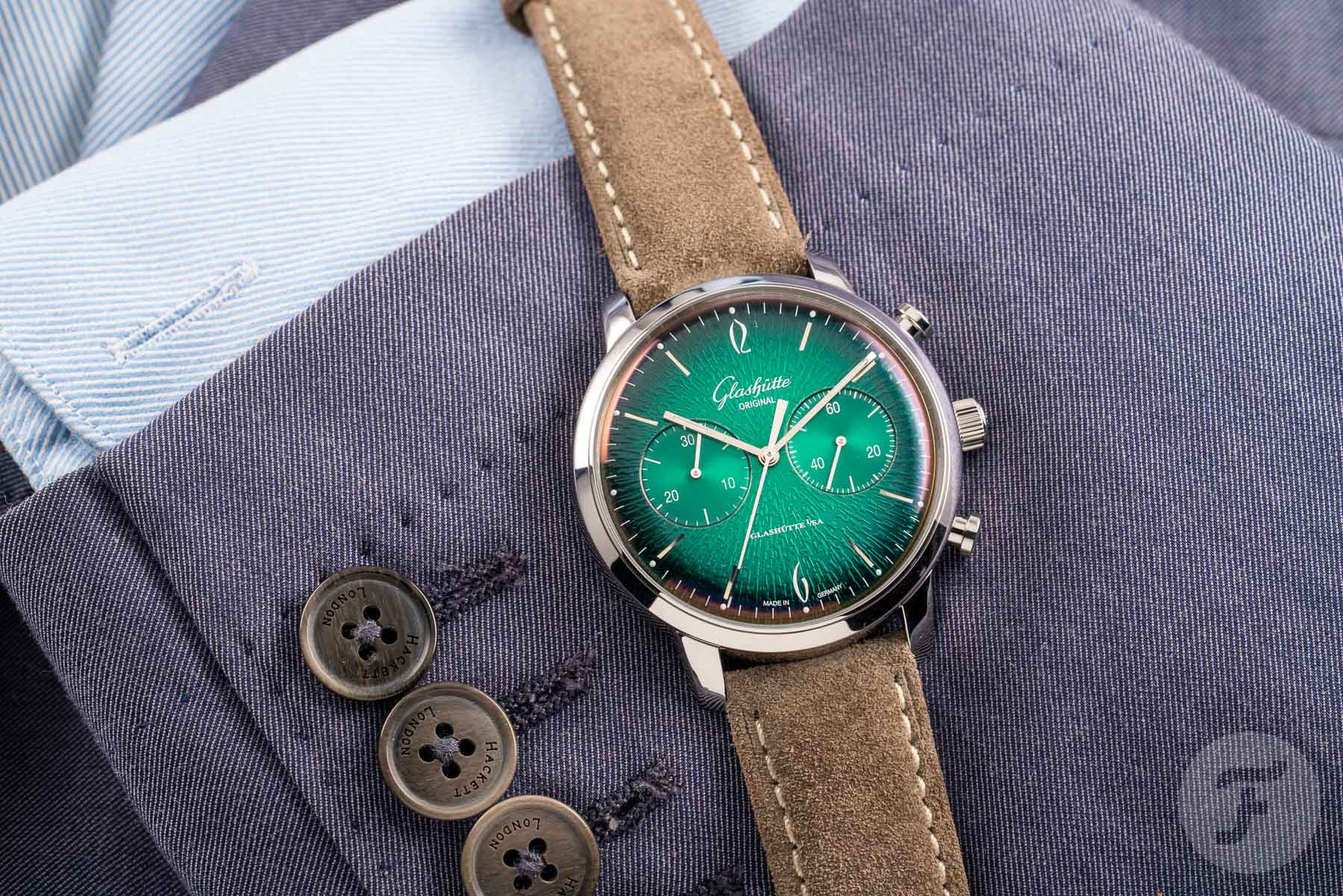 I can’t wait to see what Glashütte Original does next. This color odyssey has been underway for years now, but I’m not tired of it yet. As I said, I’d love to see a rich purple become a factor one day. I’ll do everything in my power to make that happen one day. In the meantime, however, have your say! Let us (and GO) know exactly what you’d like to see next in both the Sixties and the Seventies series. Learn more about Glashütte Original here.