Hands-On With The Eza Sealander In Bronze

It’s already been a couple of years since the people behind Eza Watches first visited our headquarters in The Hague. This was shortly before the launch of the brand’s inaugural model, the Eza Sealander some four years ago.

We’ve stayed in touch ever since and enjoy an occasional beer with watch talk whenever they’re in the area. Where they would have visited again to show us their new Eza Sealander Bronze, this time it was shipped to us due to the ongoing situation. 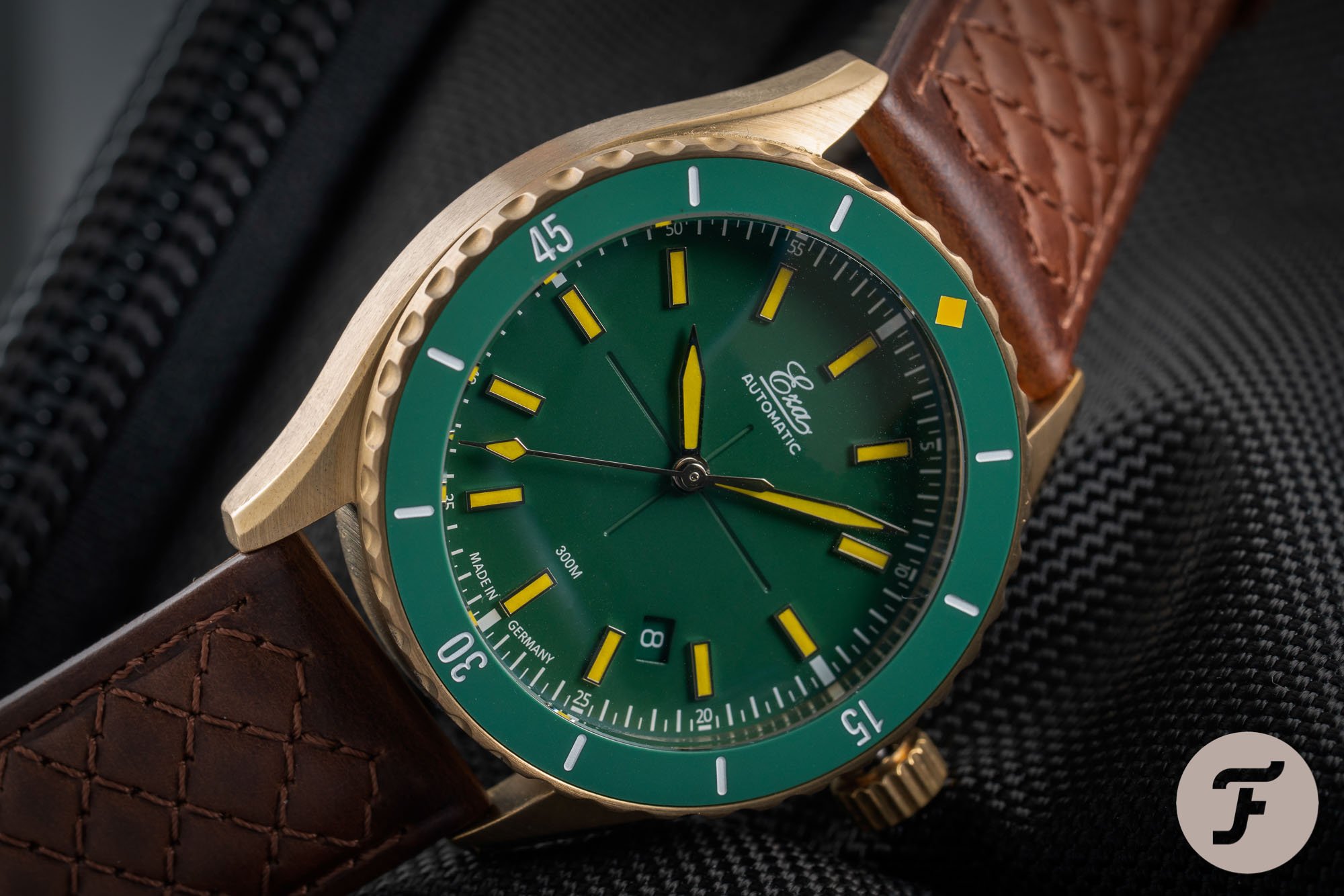 From the start we were rather enthusiastic about the revival of the Eza brand. And from the looks of it, so are people in the watch community. By saying that, this micro brand has been around for four years now and they’ve introduced a handful of models. After starting off with the Sealander diver, the aviation-inspired AirFighter followed. From there on the guys worked on an a vintage re-edition of one of the Eza heritage models. We reported on this 1971 re-issue on the first day of this year. 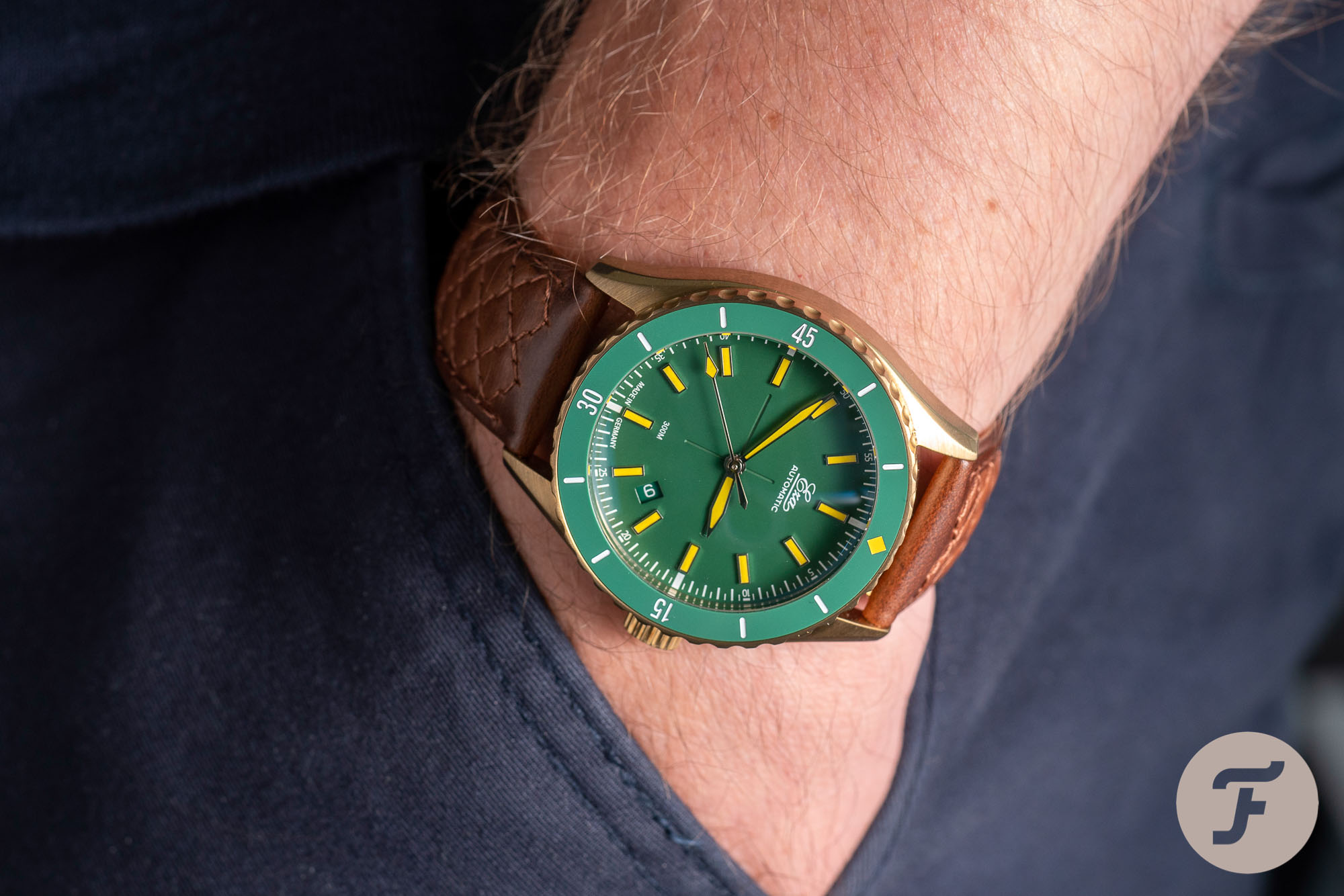 And again it’s time to broaden the collection further, although this time it’s not an entirely new model. Originally the diver was available in a black or blue colorway. Over time Eza launched a green one and a stealthy all-black DLC version. With the introduction of the Sealander Bronze, the brand adds an interesting variation, making it harder to choose a favorite. So instead of meeting up, they sent us one on loan to try. And we liked it, a lot. Somehow green and bronze just make a great combo. 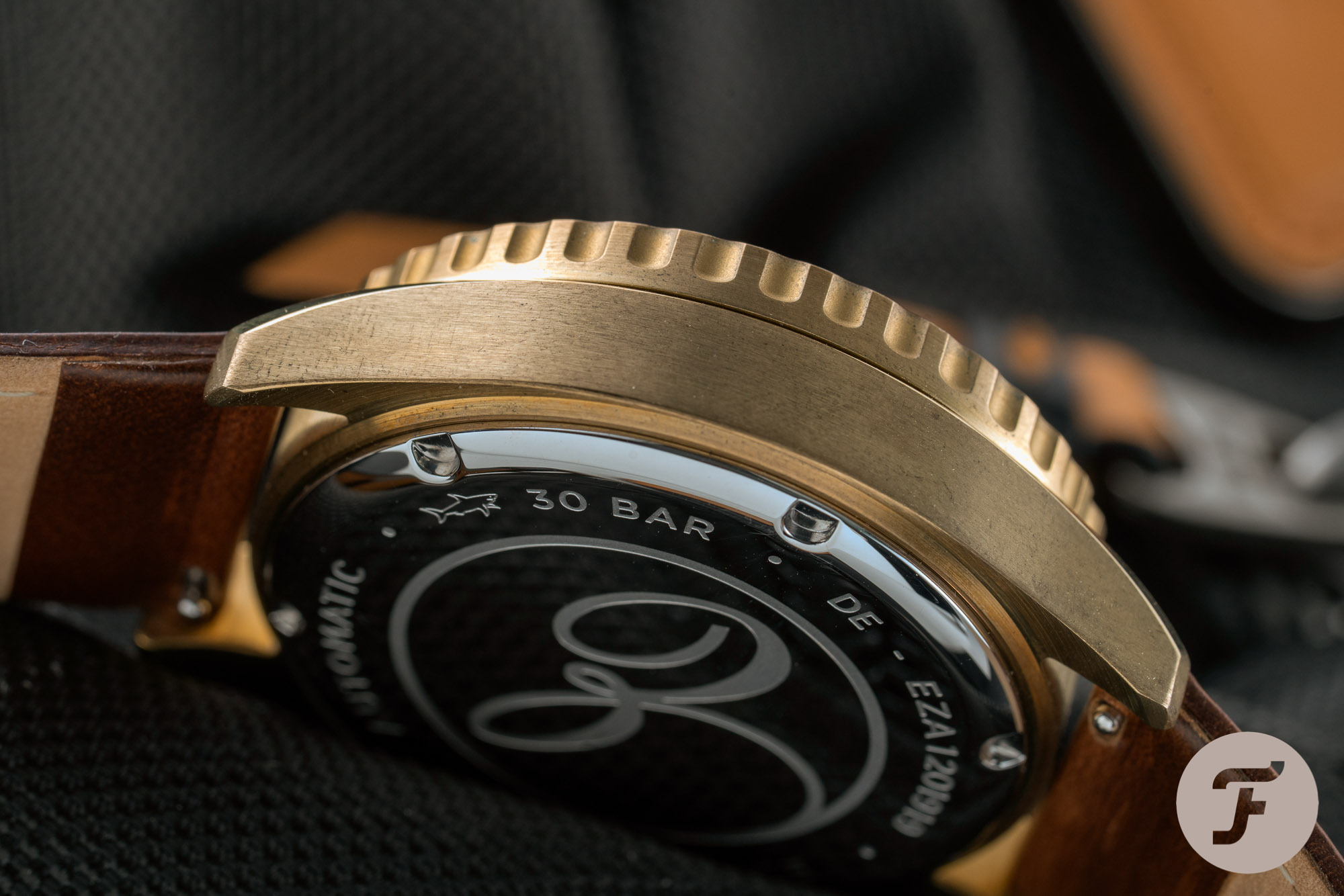 While looking into the specs we learned that the bronze used for this watch is called CUAI9. Thinking about it, I don’t recall reading much about the used alloys when it comes to bronze, but there are different types like CuAl8 or CuSN8. We already know that most watches age over time which gives bronze it’s charm. Either you love or hate it but know that the process can be reversed or accelerated as we showed in this article. If you’d like to read even more about those greenish growths, check out Rob’s Baltic article here.

As you can expect from Eza, the ETA-2824 movement has been regulated in six positions for optimum performance. Additionally, you will receive a printout of the test results with each watch. Although this may sound like a simple thing to do, it sure makes a difference. Call me weird but I like those kind of details a lot more than a standard booklet. Of course all these things end up on a shelf somewhere but it just adds a WIS touch, which shows the brand cares. With the ETA you get up to 40 hours of power reserve and automatic winding. 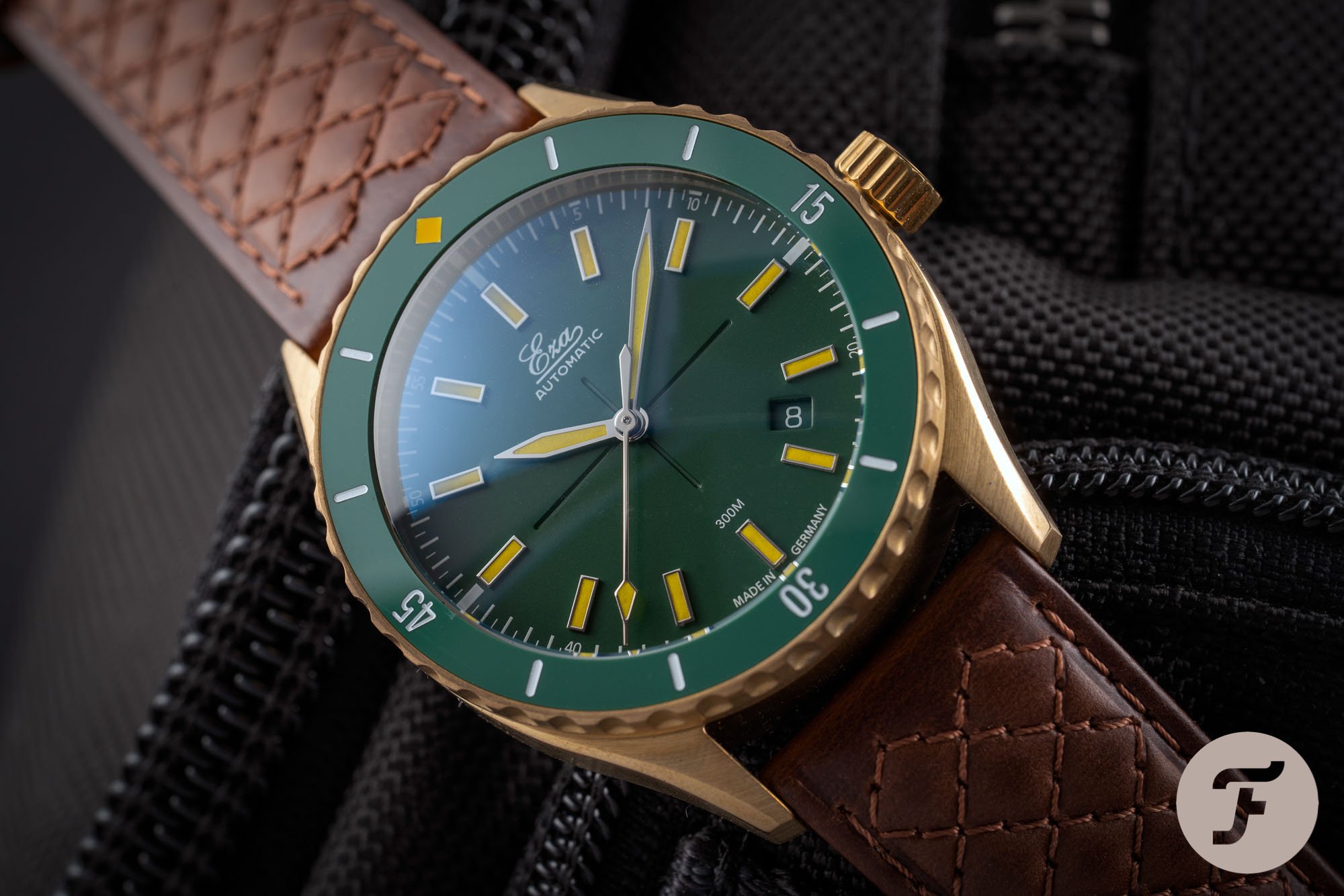 Sizes are similar to the other models but we’ll repeat them anyway. The case measures 41mm in diameter and the height is 14.2mm. In case you want to swap the strap for something else you have to shop for something in 22mm. Which makes me realise something interesting. While most of my watches from the past were 20mm, I am finding more and more modern watches bumping up the lug width to 22mm. And I don’t mean for specifically larger watches. 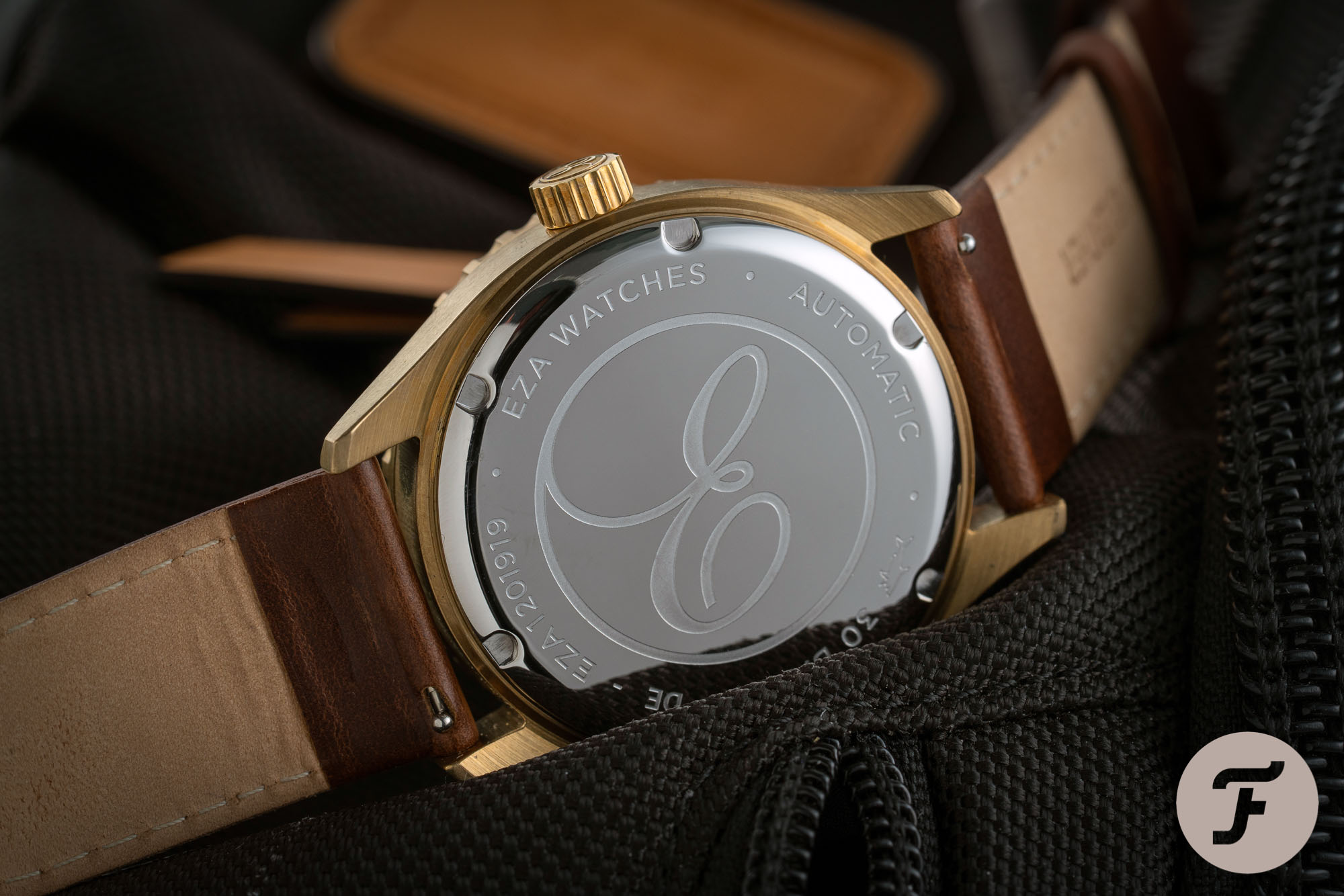 The case itself is finished in a combination of polished and brushed surfaces. On top it has a double-domed, scratch-resistant sapphire with an anti-reflective coating. On the backside, you will find a stainless steel case back with the usual engravings. The green dial is high-gloss and the hands and indexes are filled with Superluminova. Ceramic is the material used for the bezel and the colour perfectly coordinates with the dial.

As I mentioned earlier, we like the Eza Sealander and this version in bronze is no exception. Whether bronze is a material for you is something personal but I like it myself. I like it because the material ages uniquely so not a single watch will look the same over time. When it comes to the price, it certainly won’t hold you back if you fancy taking a punt on bronze. Choosing the Eza Sealander in bronze instead of stainless steel will only set you back an additional 30 Euro without tax. For those interested, have a look at the Eza website. 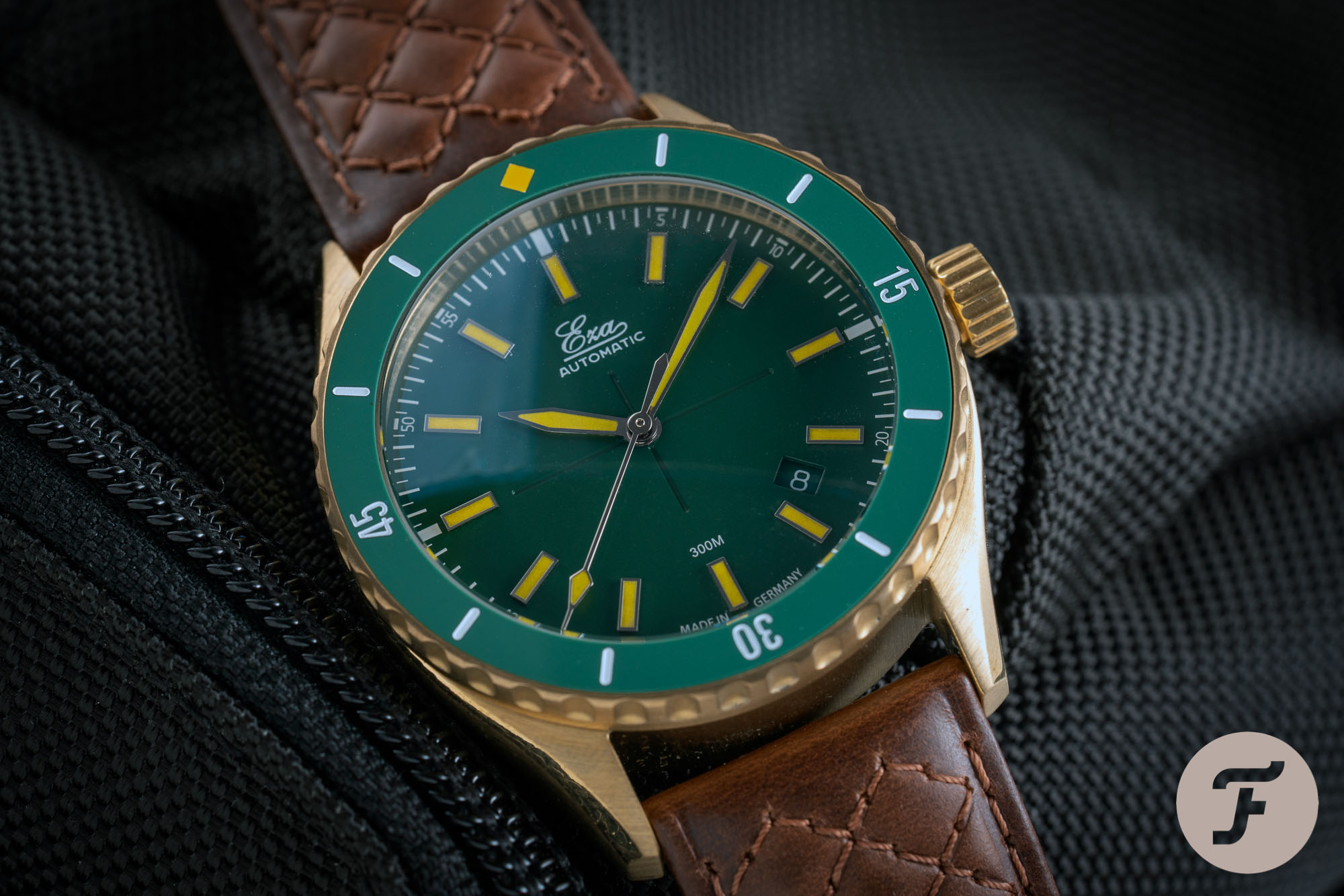 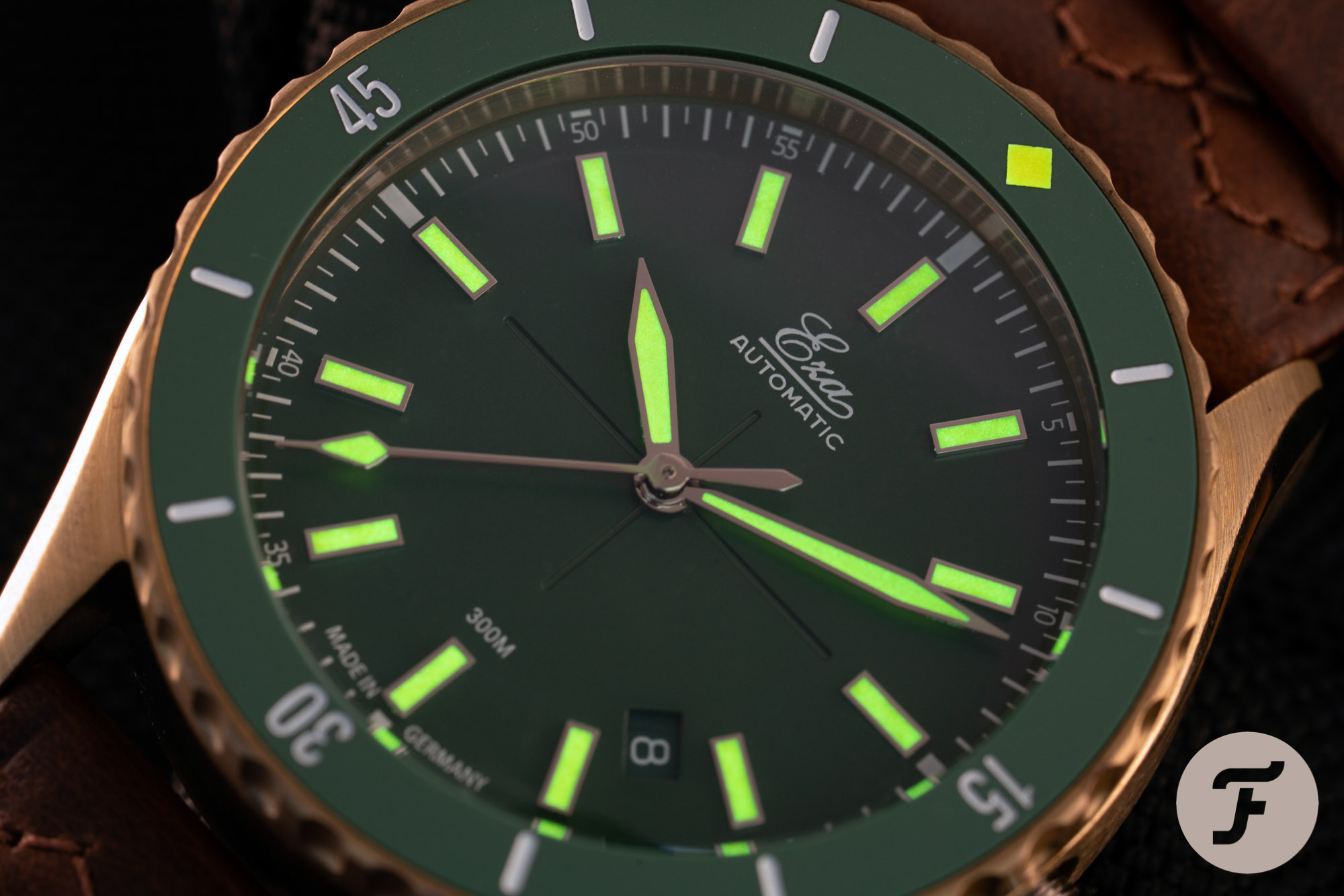 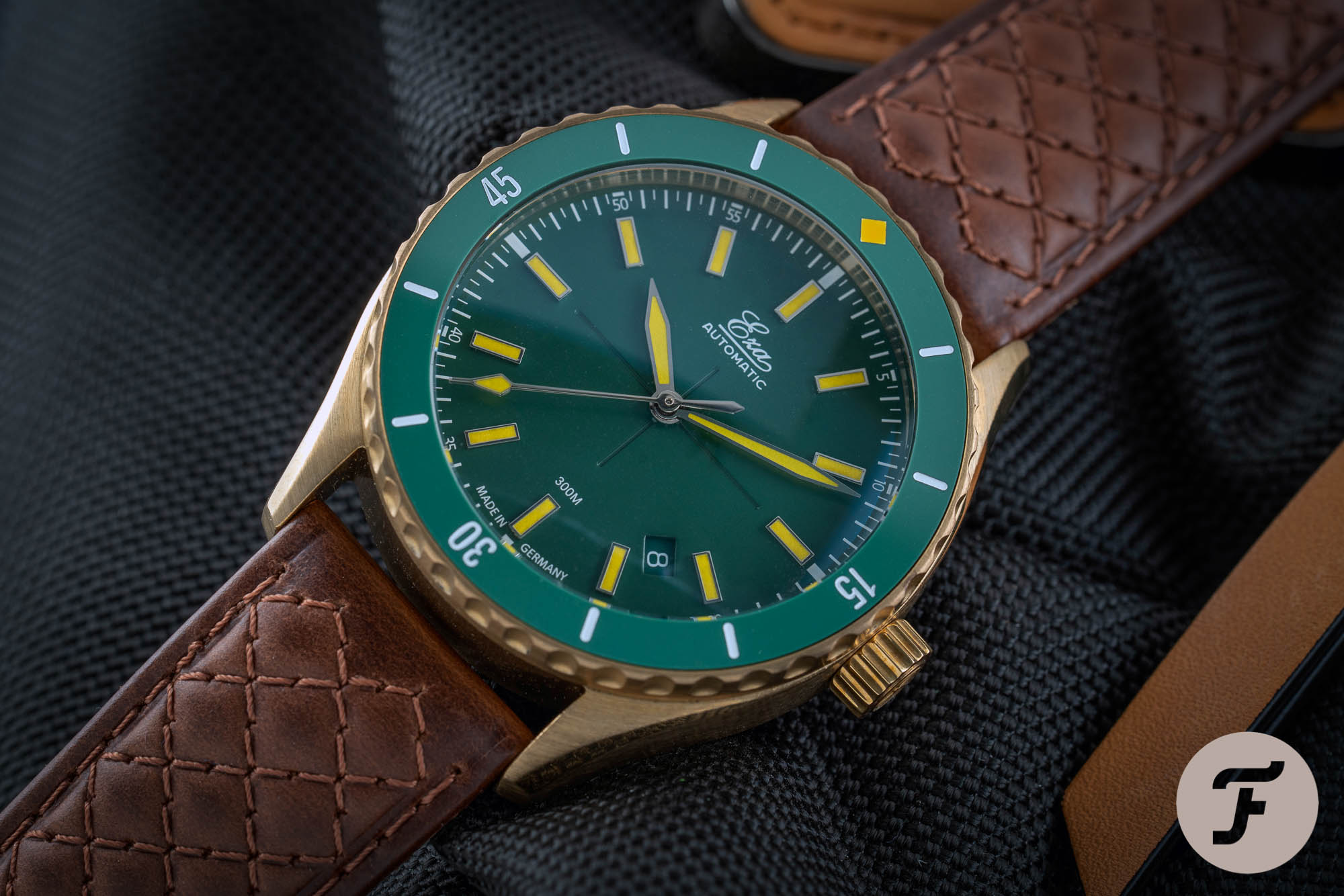 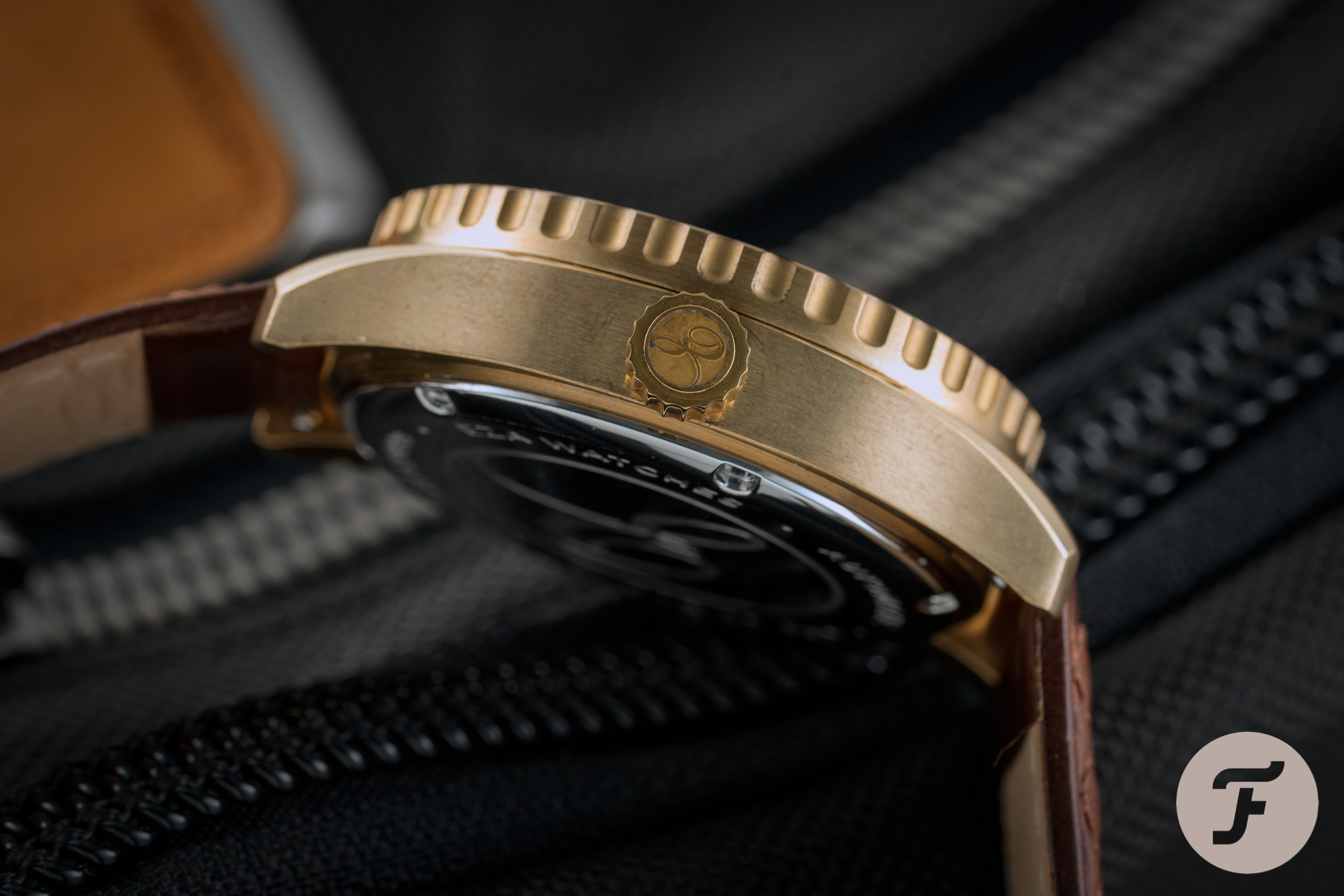