I am delighted to be sharing my research on a newly discovered and unique Omega coming up for auction at Antiquorum in Geneva. You can see the full catalog here. But first, I will go back through a bit of history to put things in context.

When we think of Omega watches, each of us will likely have an image of a particular watch pop into our minds. In my case, it’s usually a Speedmaster. However, among its peers of the biggest brands at the top of the Swiss watchmaking industry, Omega is one of the most varied. Historically speaking, it might even be the broadest. It has covered more categories, made more references and calibers, and ventured into more prototypes than many of its peers. 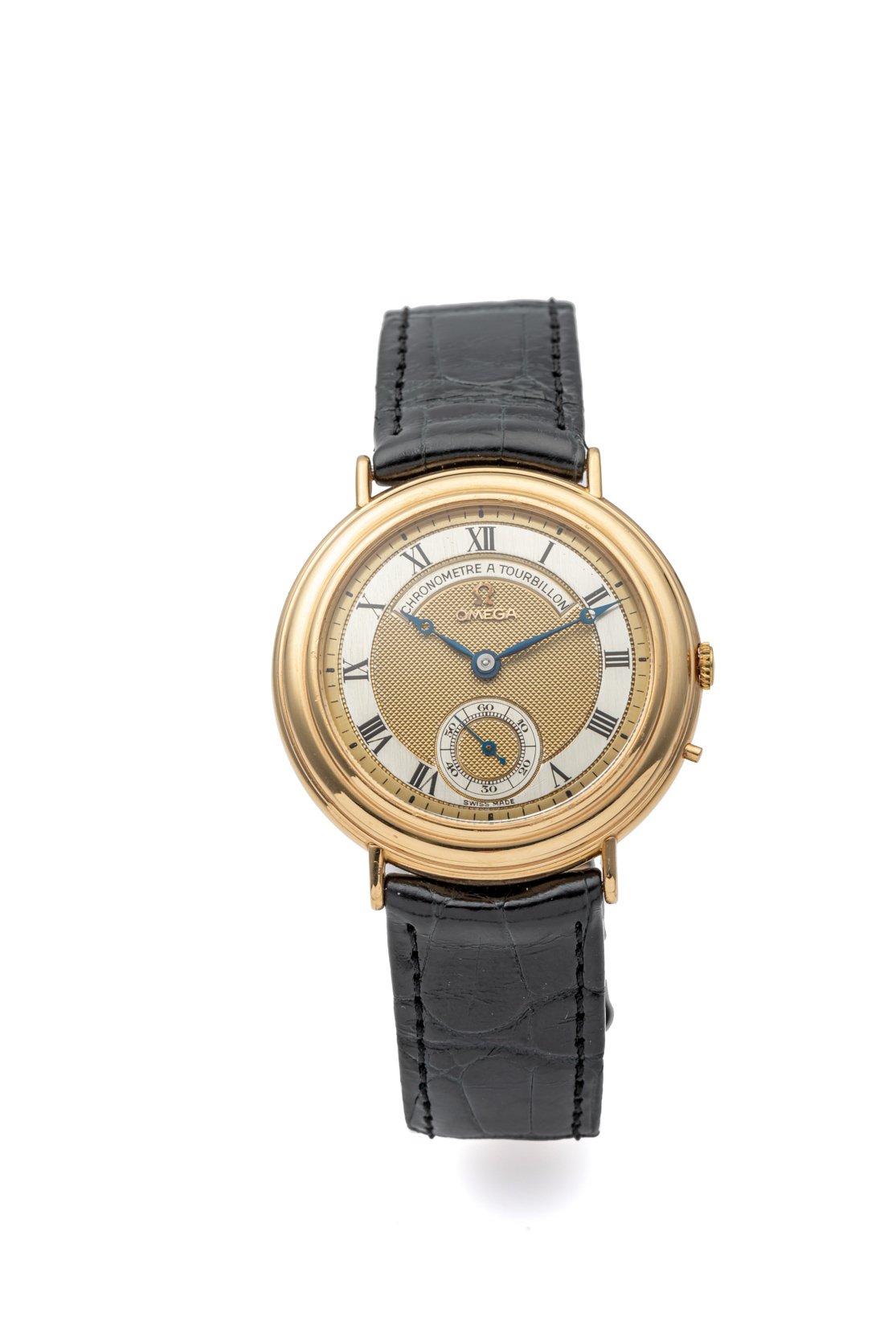 The other brands I am referring to are the top five Swiss watch brands including Rolex, Patek Philippe, Audemars Piguet, and Cartier. And of these brands, do you know which one created the first Swiss tourbillon wristwatch? You might be surprised to learn it was Omega. That watch, the Caliber 30 I, was released back in 1947. It truly was a golden era for the brand. 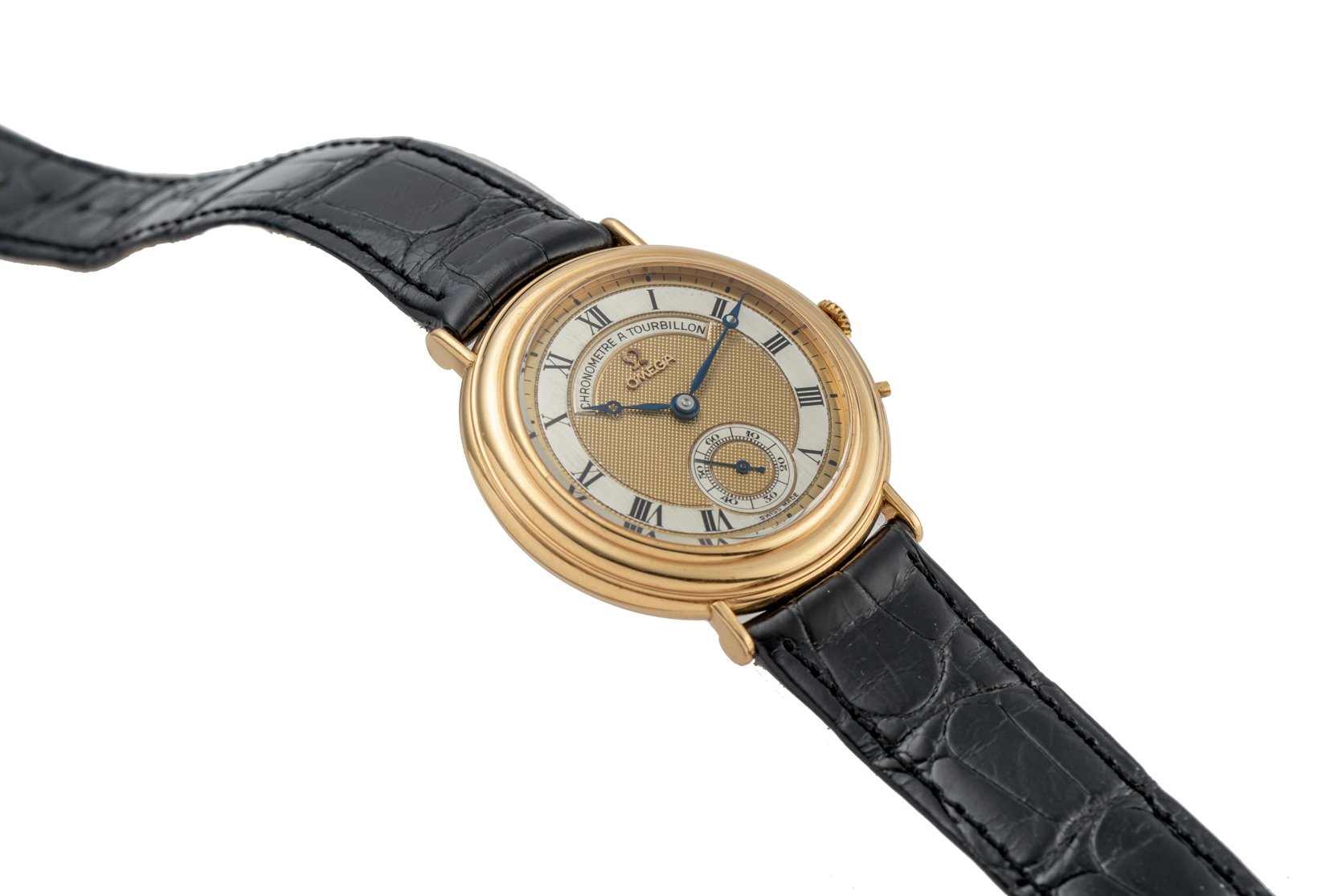 The tourbillon is not a complication per se, but rather a complicated system that counteracts errors due to gravity by rotating the escapement within a tiny cage. Consequently, chronometric results are improved. Usually, the tourbillon cage rotates in 60 seconds. However, in these early movements, the rotation is completed in 7.5 minutes. The Omega Museum is still actively researching the subject, but this fact came to light in 2017, when the original 1947 prototype watch surfaced at auction and Omega found the original plans and even photos of the wristwatch in its archives in time for the auction, which can be found here. My 2017 article on that auction, which includes the watch, can be found here. 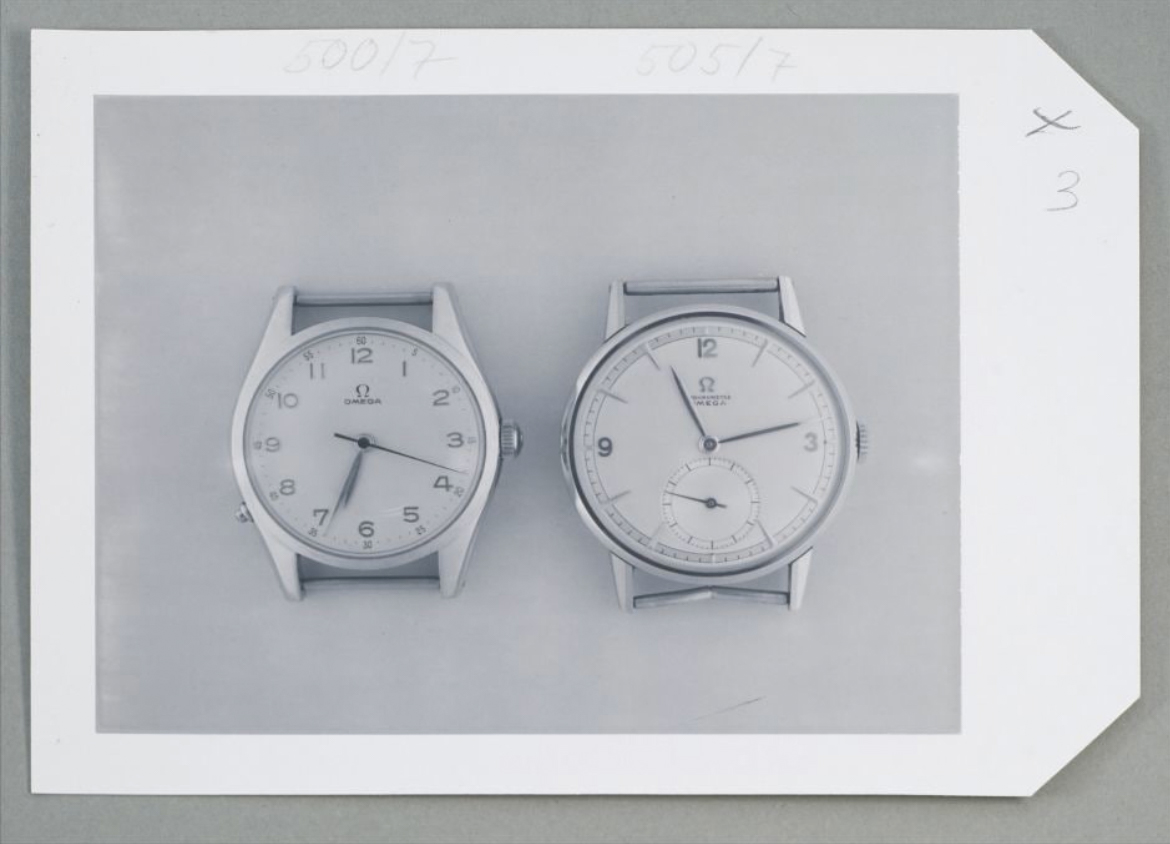 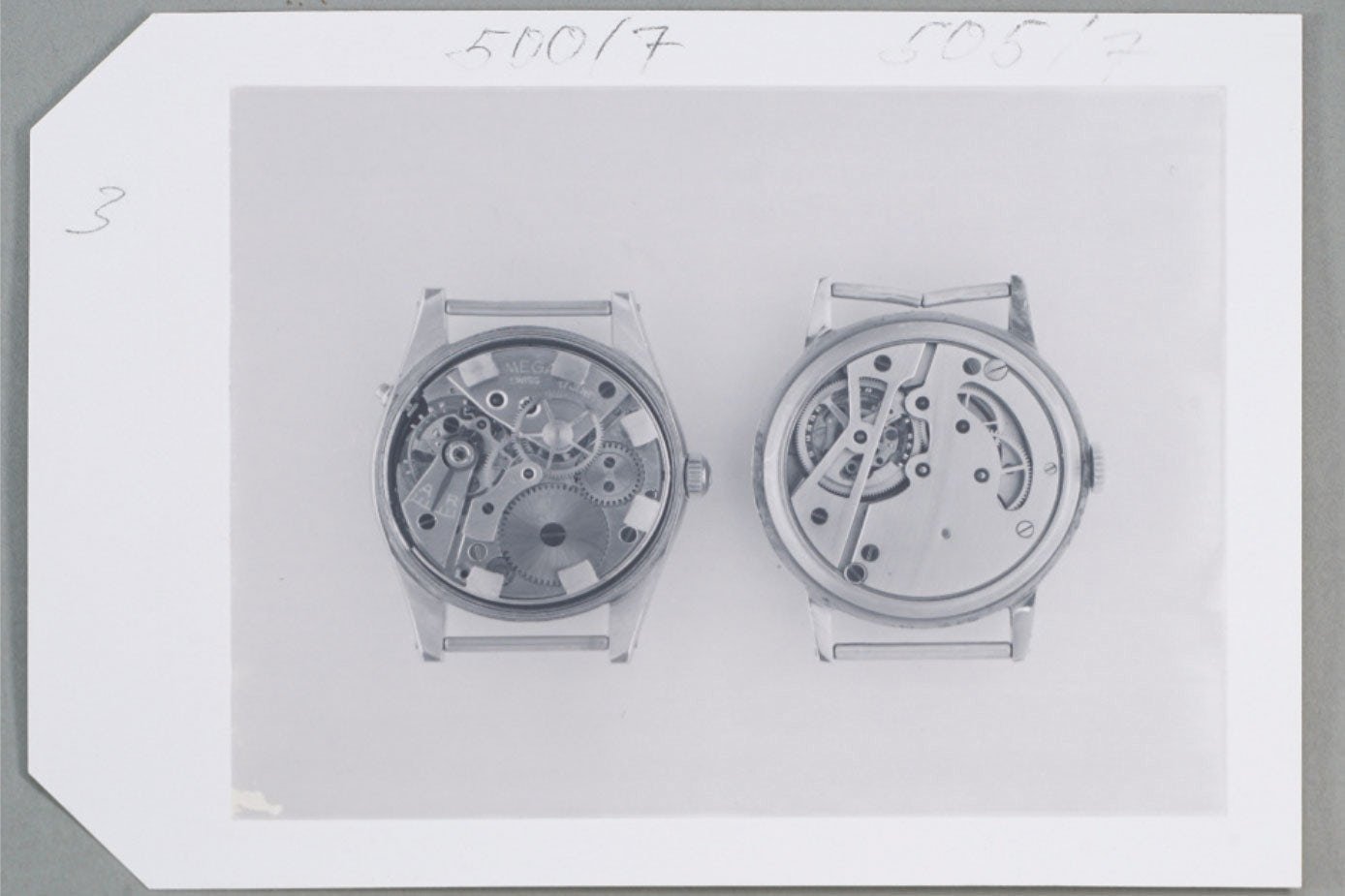 According to the documents in the archives, Omega began researching wristwatch Tourbillon movements just after WWII in 1946. The brand’s goal? To improve the precision of the wristwatch movements it submitted to the Geneva, Neuchatel, and Kew-Teddington Observatory trials (chronometric competitions).

The first prototype wristwatch was also finished in 1947…

The plans and drawings are at the museum. Although exact quantities of the 30 I caliber produced are still not clear, Omega estimates between 12 to 20 movements were produced in 1947. They had been produced specifically for chronometric competitions. The first prototype wristwatch was also finished in 1947 and the movements were submitted to the Geneva Observatory trials between 1948 and 1952. This leads us to the next question: where did the rest of these movements go? 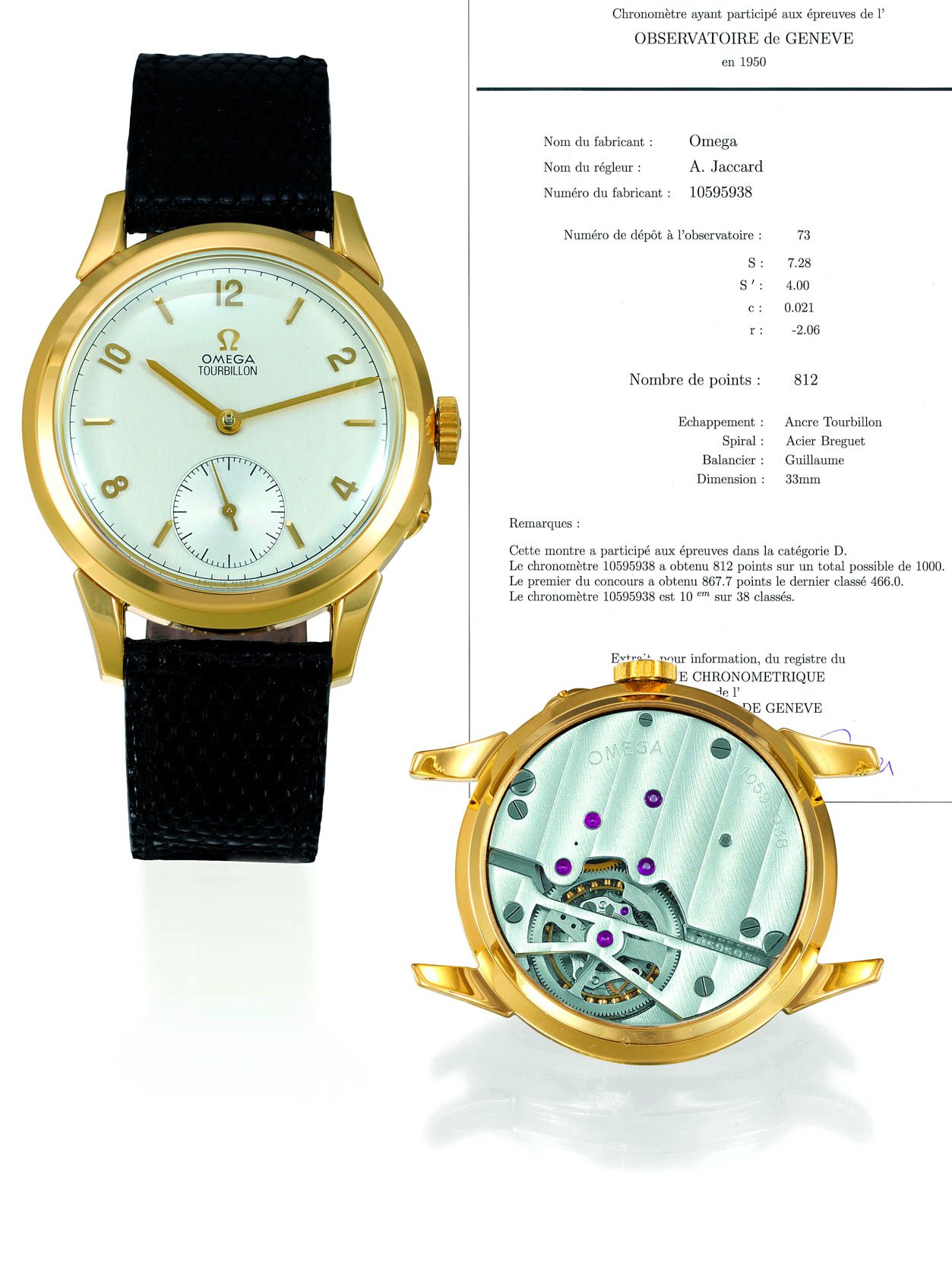 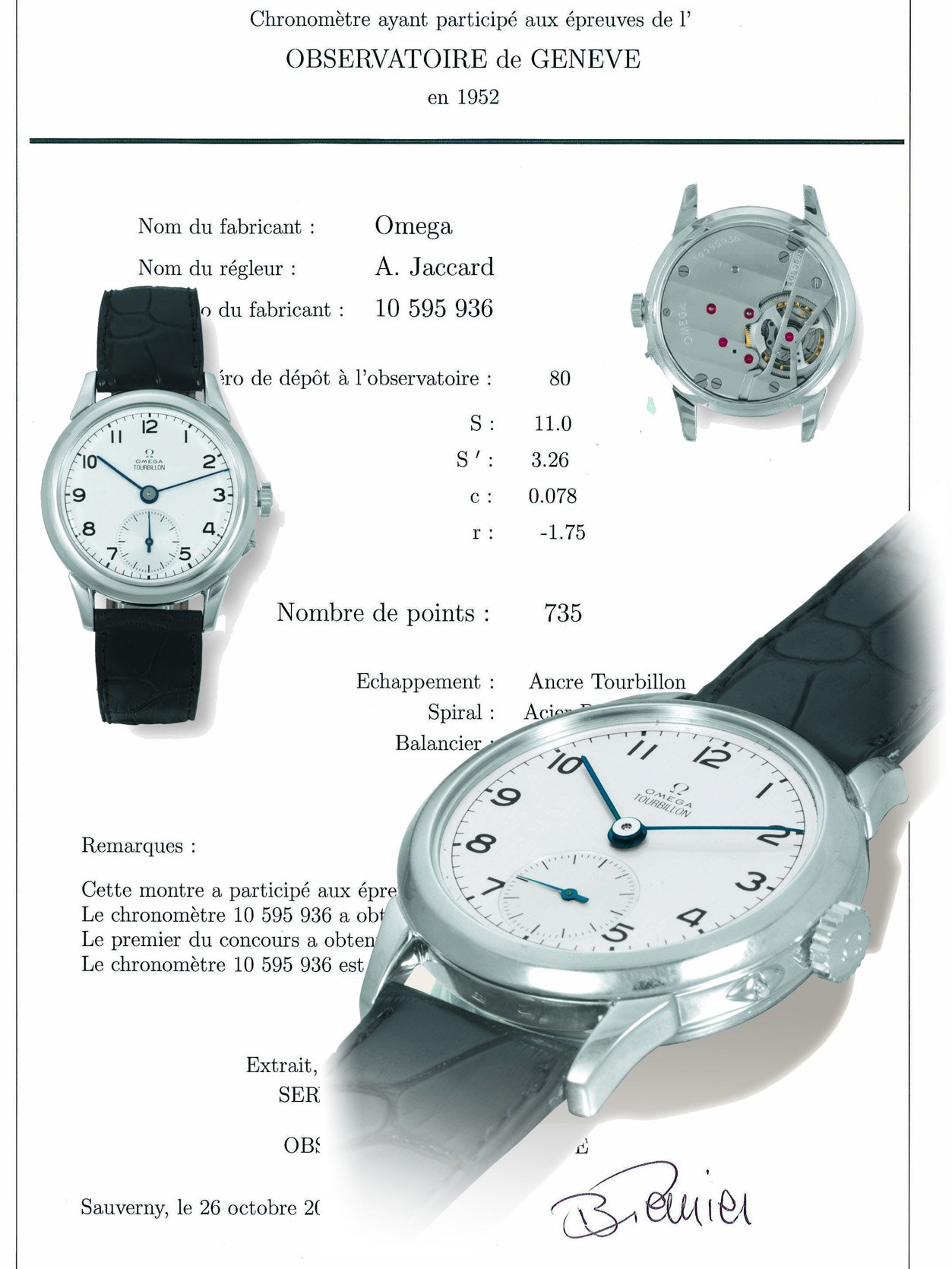 A batch of at least seven of these movements remained at Omega. This batch was unearthed 40 years later in the 1980s. They were refurbished and brought up to the technical standards of the time. In 1987, seven watches were assembled in either yellow gold or sterling silver with sapphire case backs to display these important movements to the special (VIP) clients for which they were intended.

It is possible that not all the movements were able to be refurbished and maybe some had to be used for spare parts. Clearly, the project remained dear to Omega as in 1994 the brand produced a new tourbillon to celebrate 100 years of the Omega brand name with the central and front display tourbillon movement. It remains in the De Ville collection to this day. 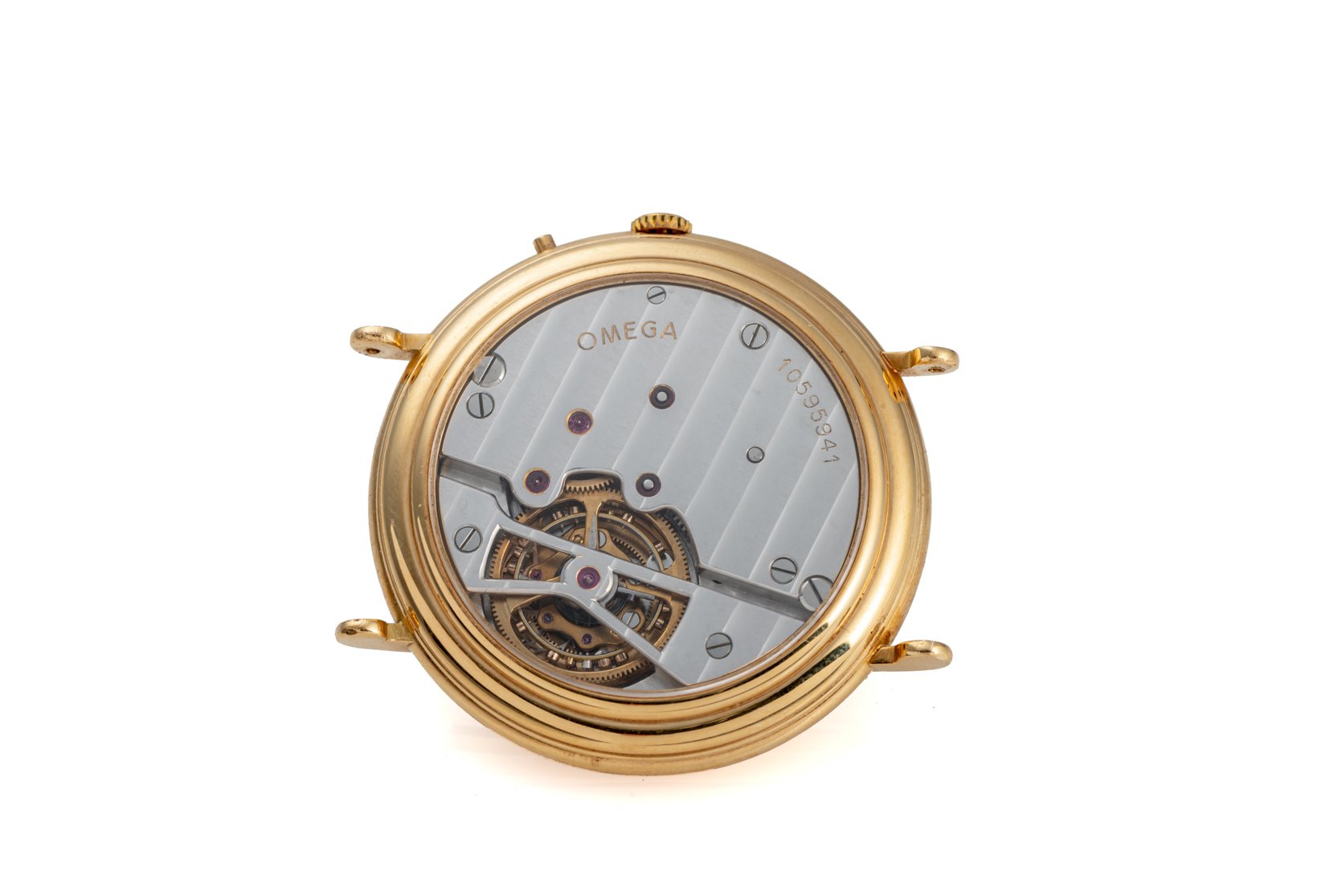 1987 seems to be an important year for these tourbillons and it is very likely that Omega was reeling from the severe effects of the quartz crisis and needed to generate some big sales. Meanwhile, enter a virtually unknown 29-year-old passionate watchmaker. He was skilled in restoration and complications and found himself four years away from launching his own brand: Frank Muller. In the early 1980s, while doing restorations independently for brands like Patek Philippe, Frank Muller had acquired one of these Omega 30 I tourbillon movements.

The end result was this unique and stunning Omega tourbillon chronometer.

In his spare time, he refurbished and decorated the movement. He commissioned a guilloché dial to be made in Geneva by Tille. Perhaps most impressively, he ordered a special 39.5mm 18K yellow gold case with step bezel and sapphire see-through back to being crafted by Jean-Pierre Hagmann — the famous case maker for Patek Philippe. The end result was this unique and stunning Omega tourbillon chronometer. With the help of recently discovered research by previous Omega historian Marco Richon, the full history has come to light.

It is interesting as well to note that among his other pet projects, Frank Muller also made a Rolex perpetual calendar. This complication was never offered by the brand commercially. He presented it in a Datejust 16238 case in 1987 as well. Once debated, that watch is also now a part of Swiss watchmaking history and was even spotted on the wrist of American musician Jay-Z in 2018. Maybe he should buy this Omega to have the ultimate pair. 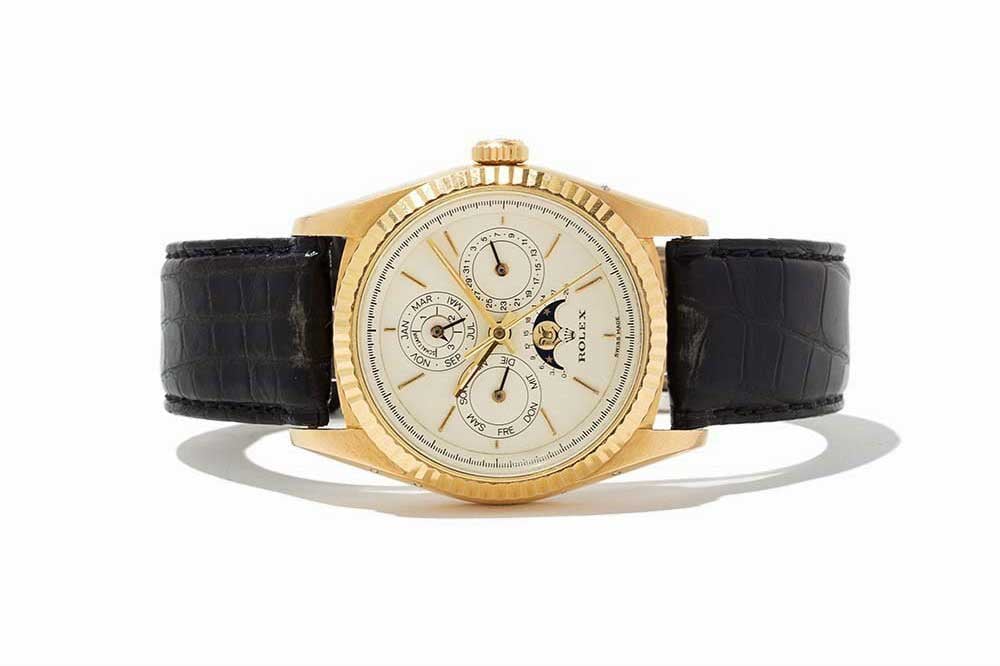 As far as tracking down these movements and results, here’s what I have been able to find: 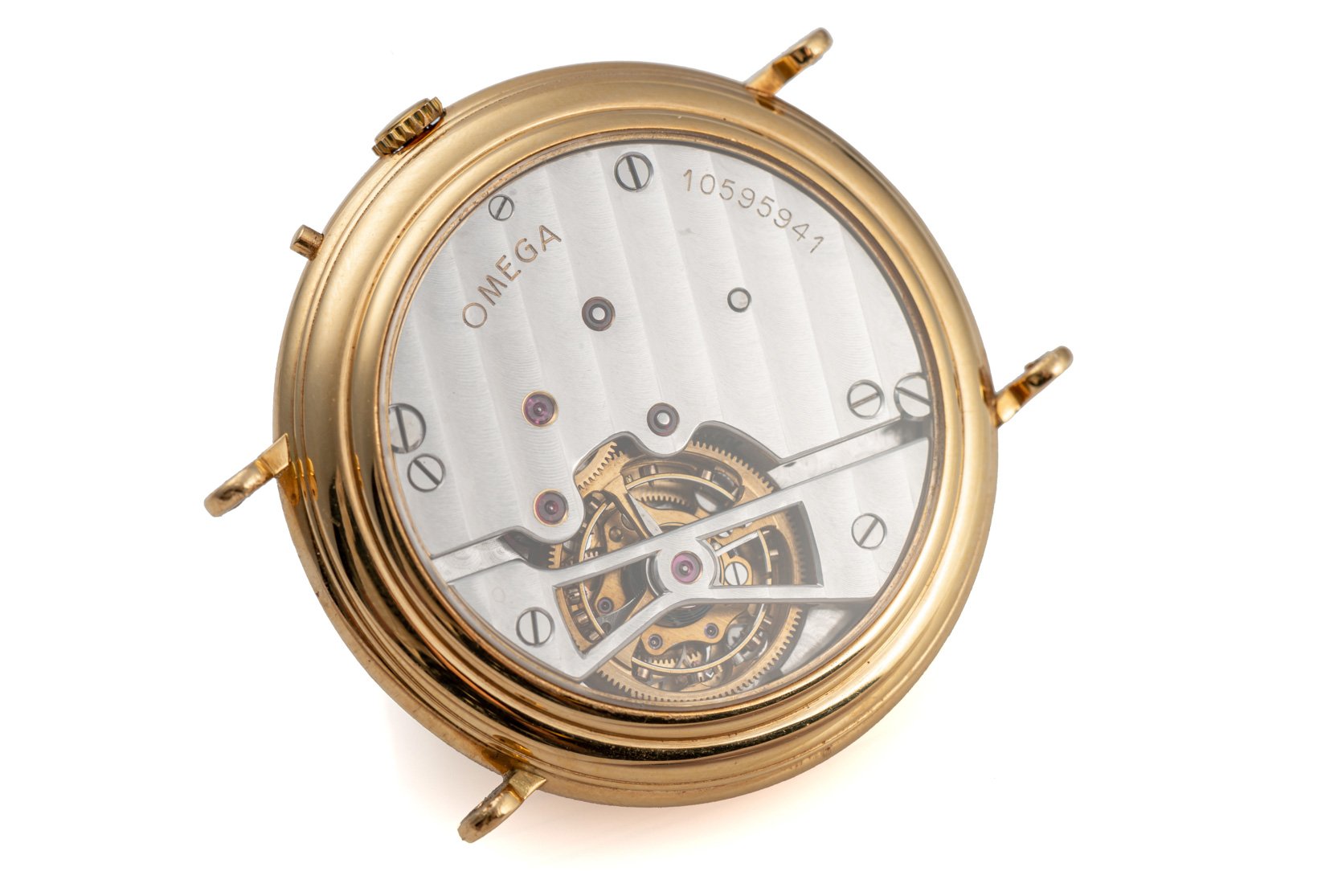 This unique Omega tourbillon by Frank Muller is lot 444. It carries an estimate of CHF 100,000–CHF 200,000. If you like it, tune in to the Antiquorum auction. It is due to take place on May 9th in Geneva. The link to this lot is found here.

Hot Topics
Introducing: The New Seamaster Professional 300M 60 Years Of Bond — With A Special Animated Case Back
105 comments
Are You Still After An Omega × Swatch MoonSwatch?
84 comments
It’s Time To Invest In A Dress Watch — Our Picks From Breguet, Omega, Grand Seiko, And More
72 comments
The Rolex Waitlist Conundrum — How Much Will The Price Of Your Watch Increase While You Wait?
50 comments
The Best Omega Speedmaster Watches Of 2022
40 comments
Popular
Rolex Submariner Hulk versus Seiko SLA019 : Shades of Green
Michael Stockton
27
Speedy Tuesday – The Original Omega Speedmaster Ultraman
Robert-Jan Broer
5
You Asked Us: Rolex Submariner vs Omega Seamaster
Robert-Jan Broer
24