Last weekend we were invited to join Tudor again at the circuit in Zandvoort. Burning rubber, historic power horses and of course… Tudor watches! 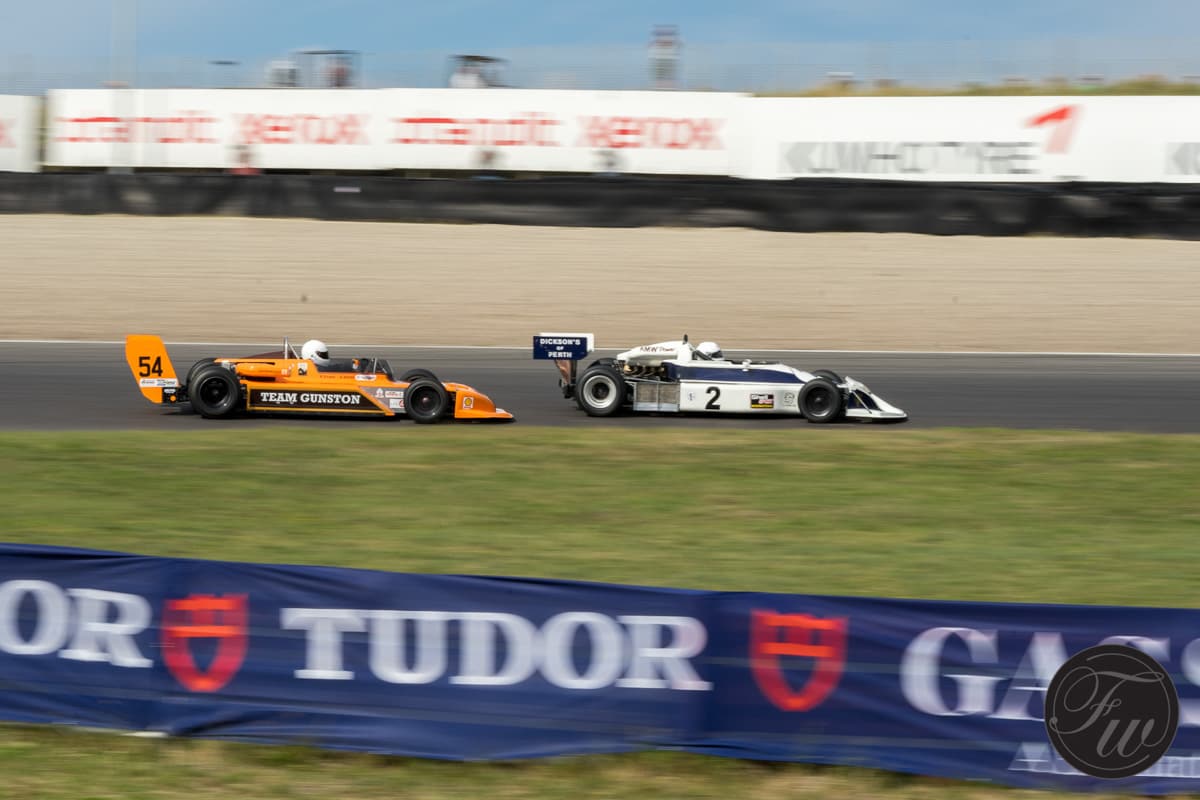 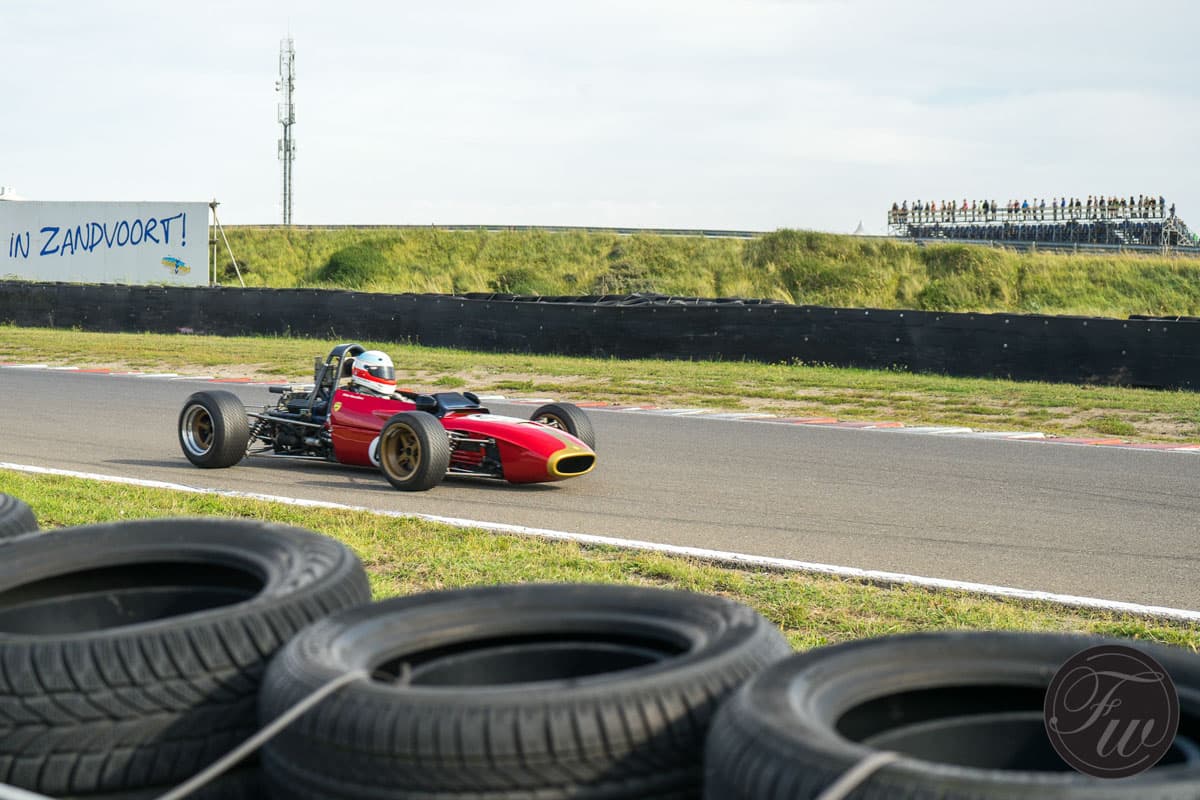 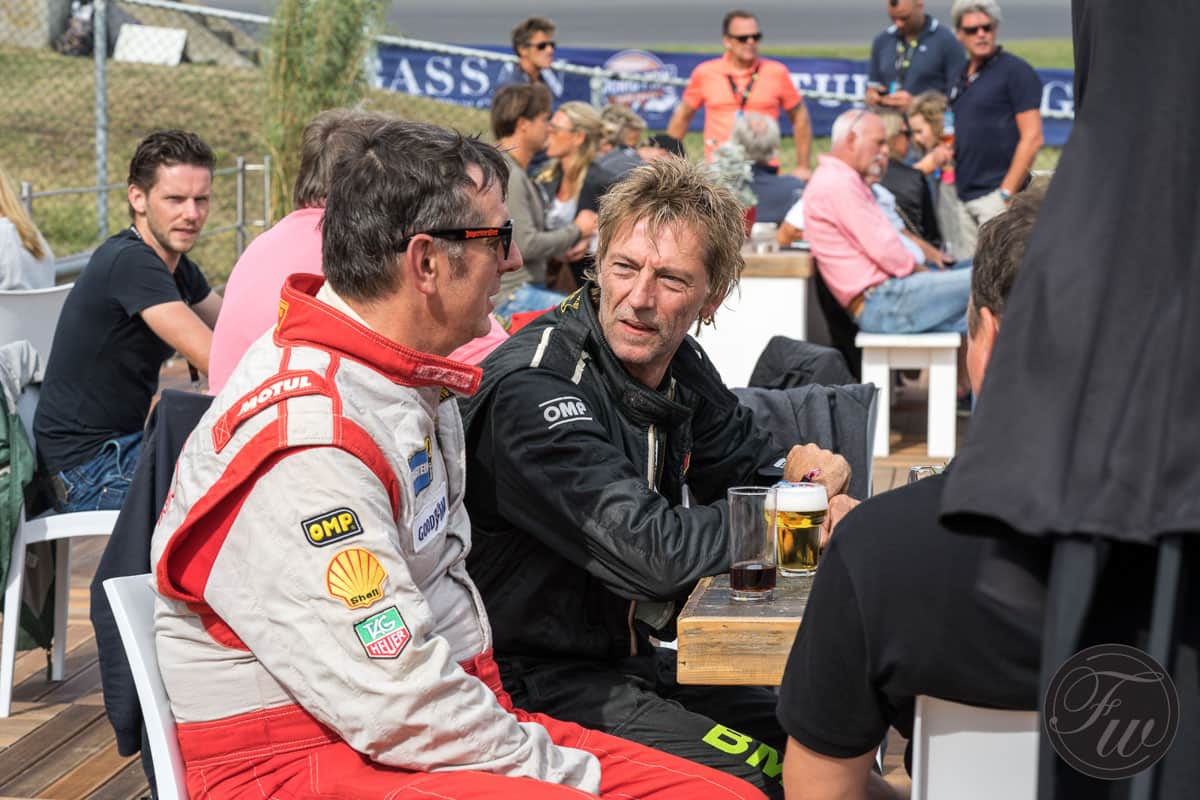 After we entered the Paddock Club we were welcomed by a Spitfire air act. Soon after this 3-litre engined Formula One cars fired up and the Fia Masters race begun. We had sight on the famous ‘Tarzan’ curve. The sound of those accelerating beasts did turn a smile on every race car lover. Overall, the championships were very diverse. To name some: 500cc Formula 3, Pre ’66 touring cars and the 1000cc Historic Formula 3. All the greats were there. From Bugatti to Ferrari. 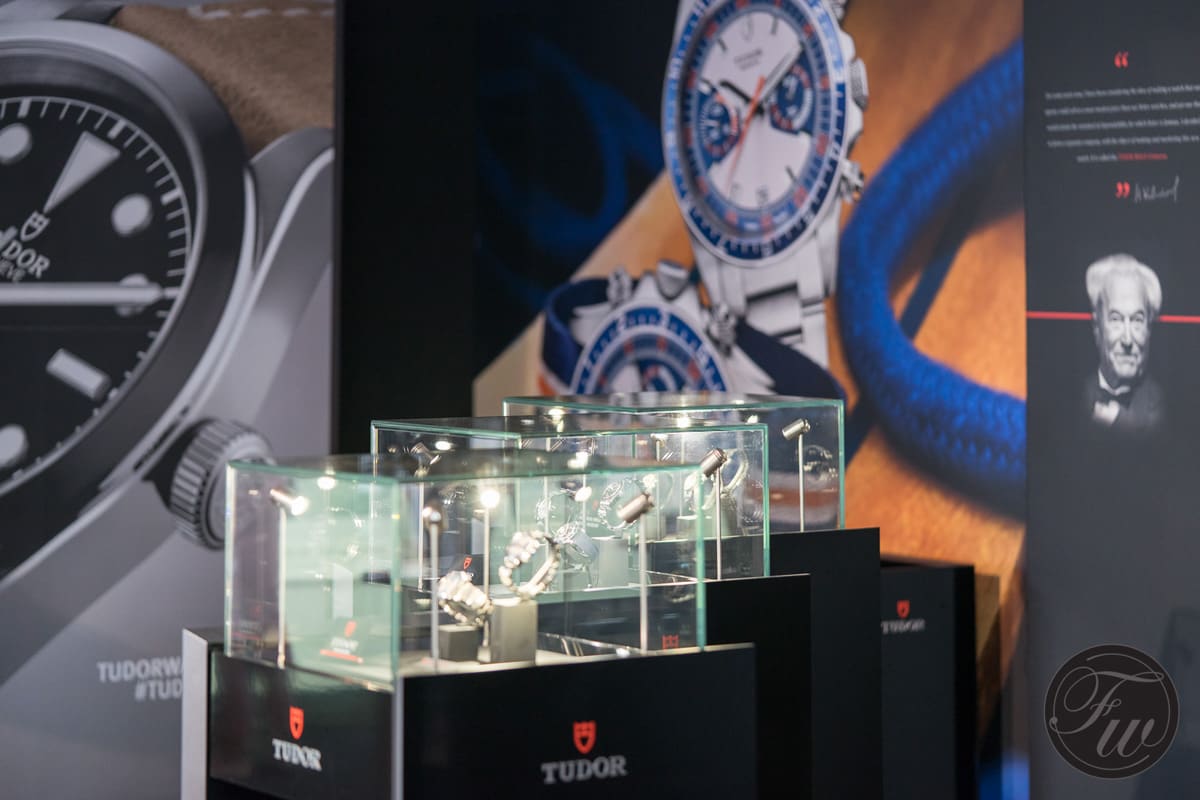 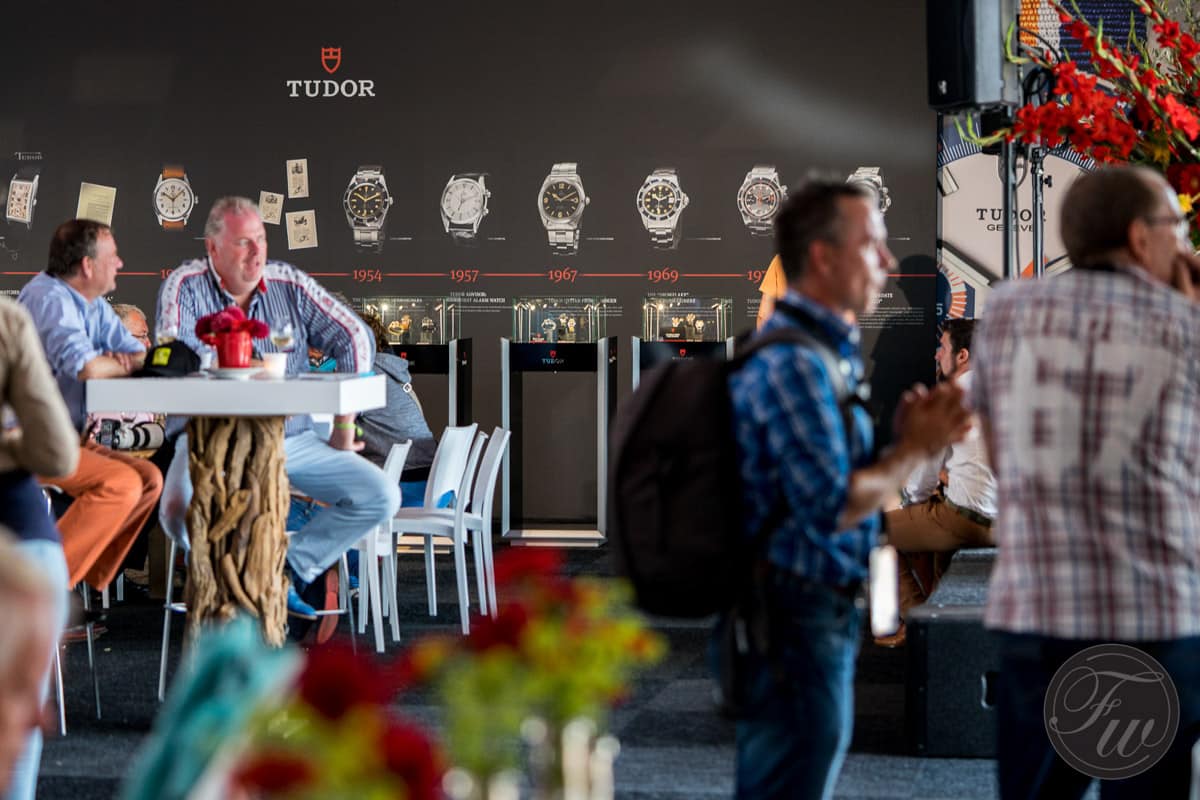 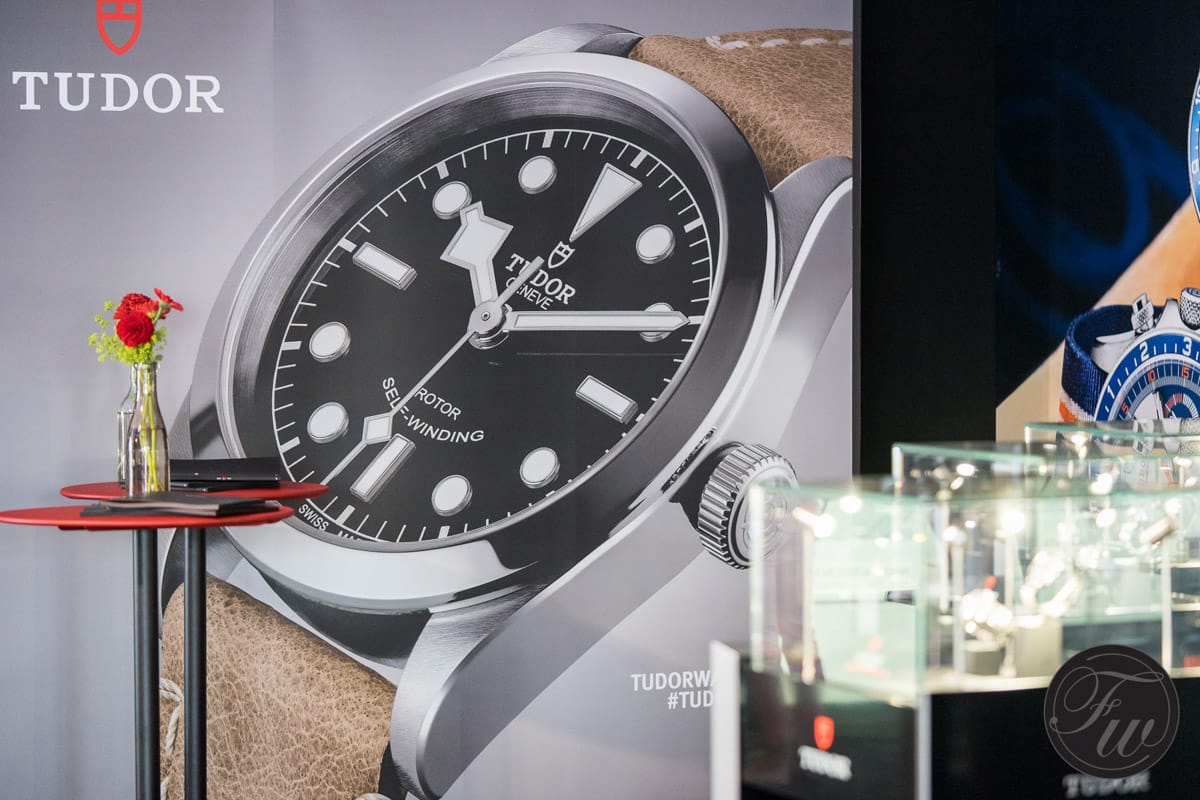 Inside the Paddock Club Tudor had their booth lined up. As background a huge banner gave the visitor a nice overview of Tudors’ history and the connection with sports cars. Many Tudor watches were there. New and vintage ones. Of course with famous chronographs of the seventies: e.g. the Oysterdate (ref. 7032/0) and the Oysterdate ‘Montecarlo’ (ref. 7149/0, which replaced the 7032/0). Both with a tachymetric scale on the bezel to determine hourly average speeds between two points. Thus, a link between the watches and race cars. Read more about the history of these chronographs on the official Tudor website.

As soon as the tour began more similarities between two worlds did start to pop up. As with most things, race cars also started small. People built the first sports cars in their own workshops by adjusting production cars of that time. Race cars were becoming more popular over time and things were professionalized and commercialized. Similar to the watchindustry, a team of professionals were now constantly thinking ‘What can we change to improve?’. A nice example of this could be seen at the BMW-booth were several concept cars were showed. An example of both ‘worlds’ to illustrate improvements: 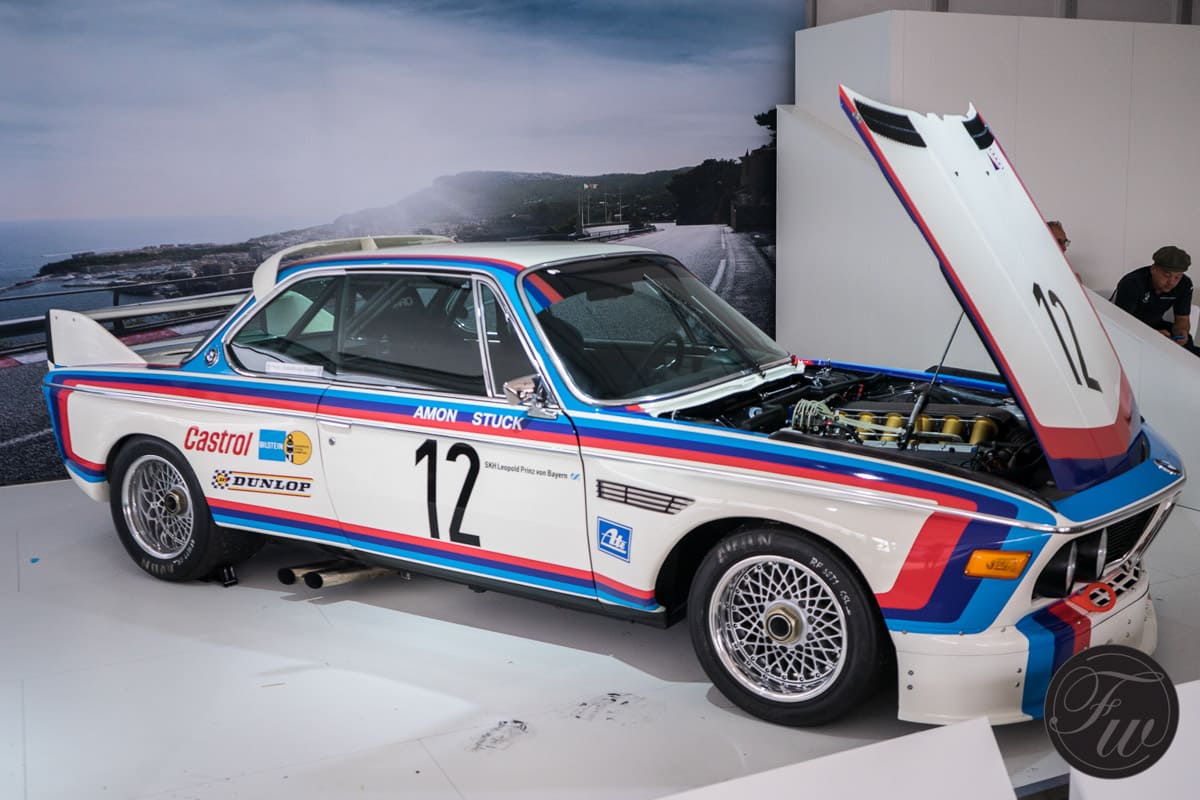 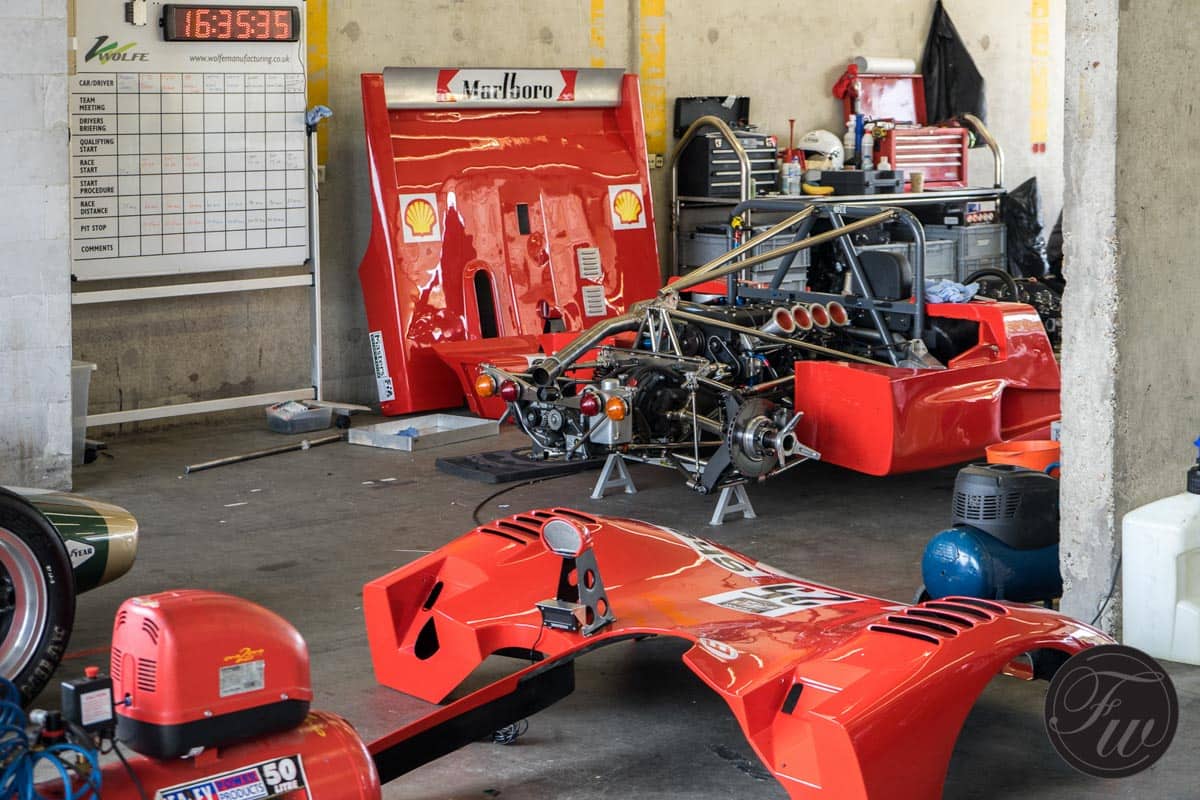 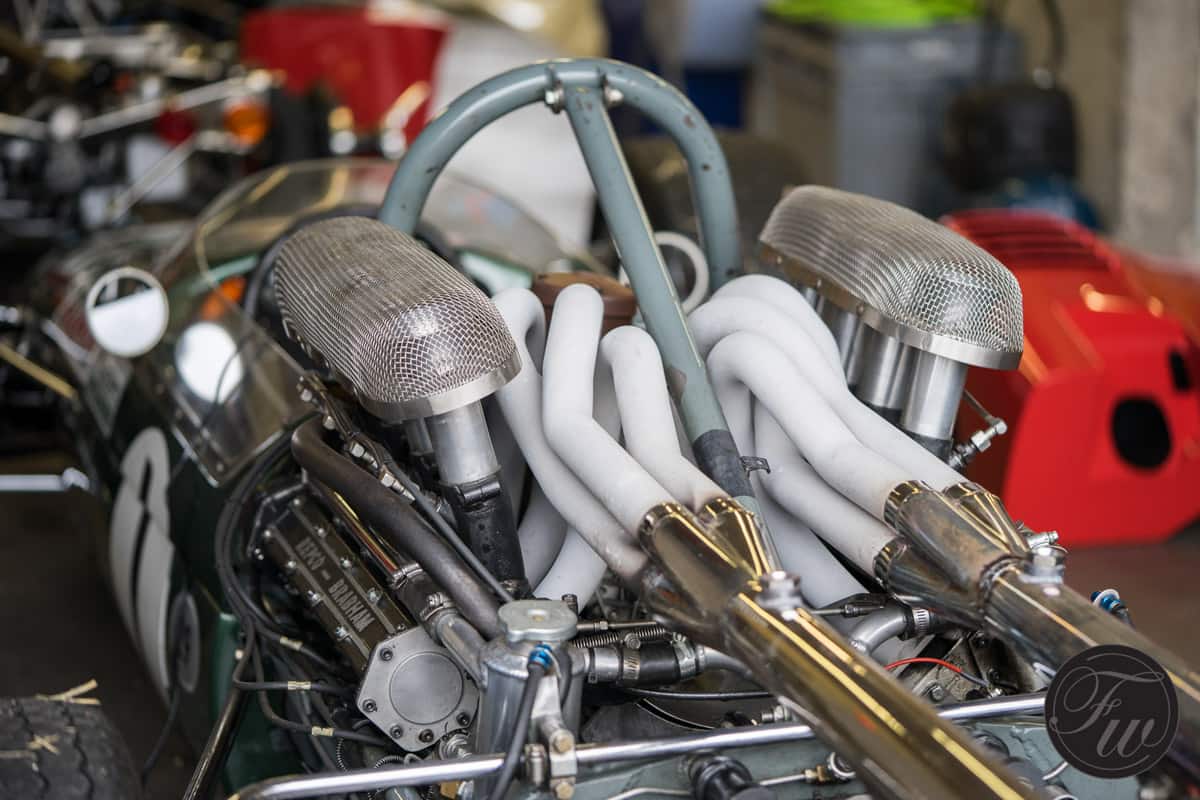 The guide leads us further. We stop a moment and he shows us a famous ‘Marlboro’ F1 car which was driven by James Hunt on the circuit of Zandvoort. Just like (vintage) watches, the ‘famous’ cars with a story are more valuable then an ordinary example. To make the bridge again: the Rolex Submariner (ref. 6538) worn by Sean Connery in Dr. No is worth a lot more then an under-the-radar example of that time. 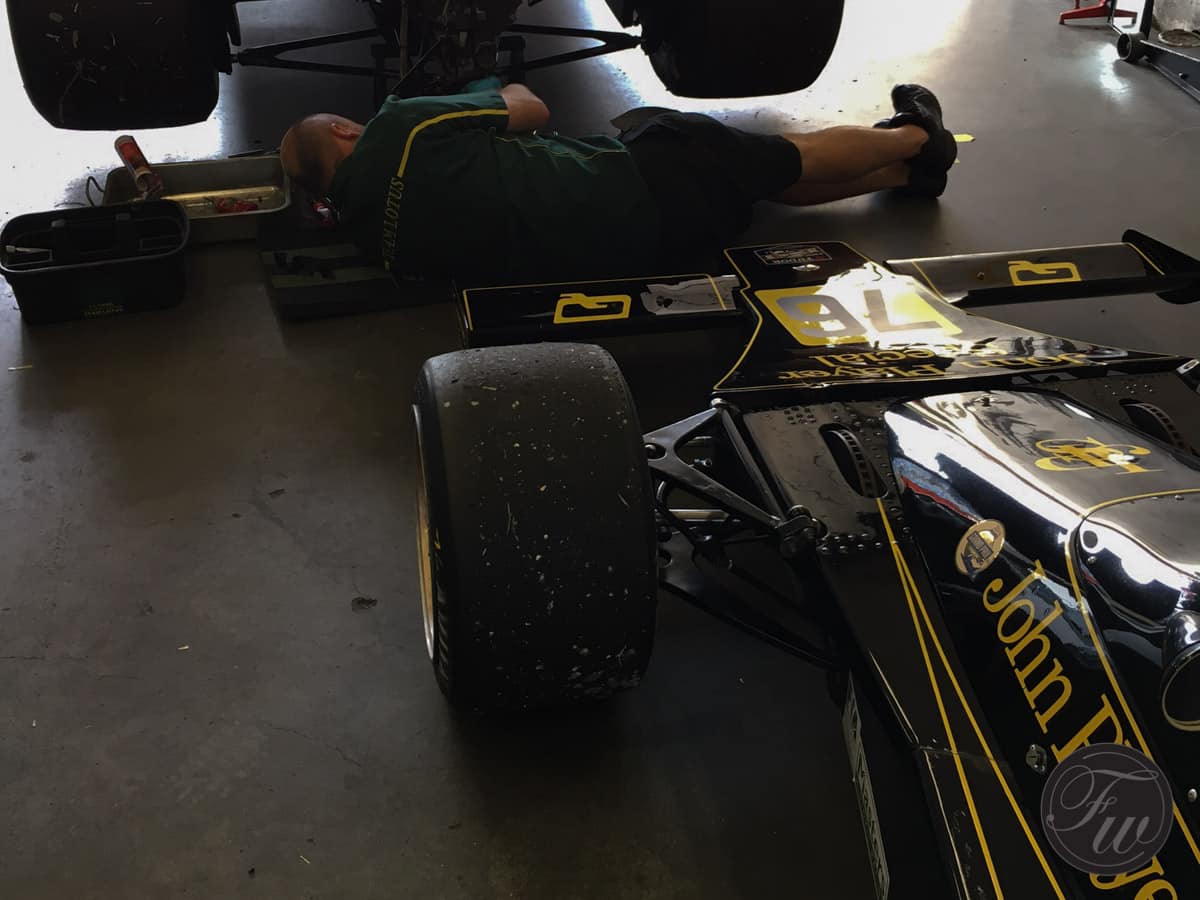 Only a lucky few can really drive Formula 1 cars. But the guide showed us that a cheaper alternative is founded in the early 1950’s. In 1947 Cooper Car Company was founded and shortly after they created 500cc race cars build on motorbike engines. Now that is out-of-the-box creativity! 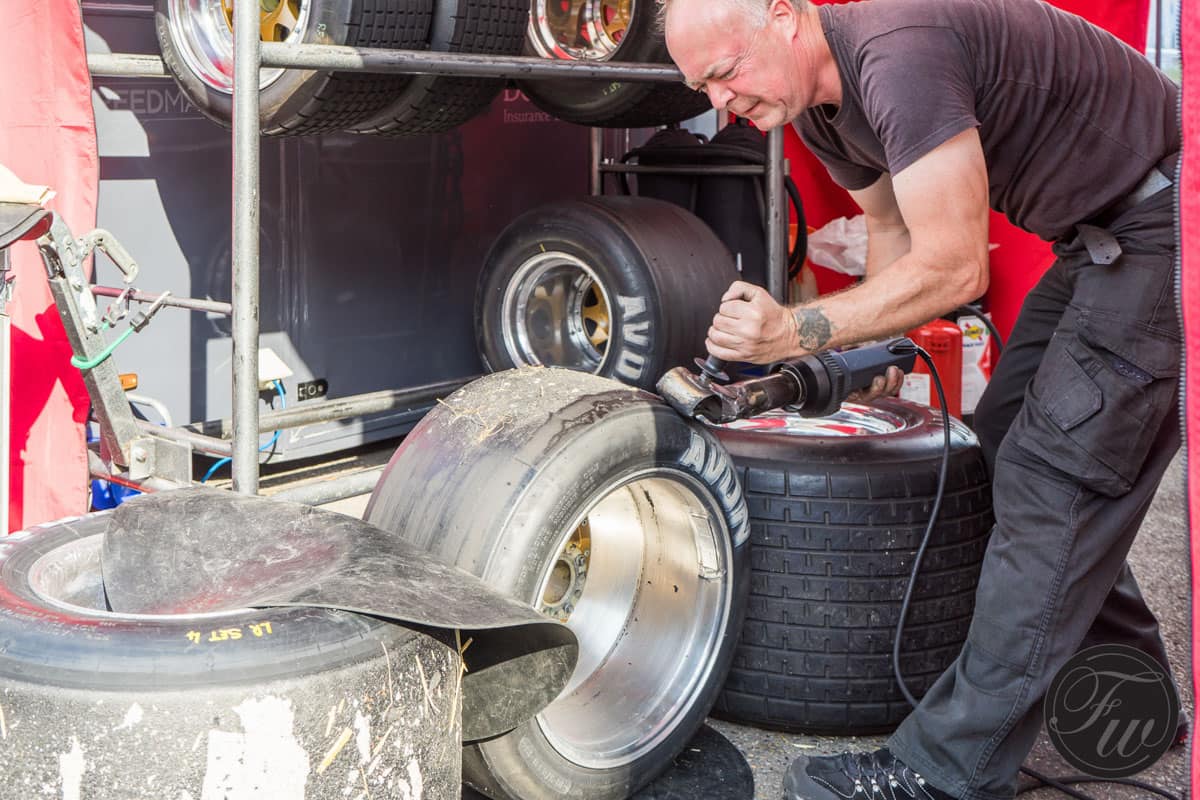 We were invited to visit the pit stop and witnessed the changing of drivers during the Gentlemen Drivers-race. As we saw live in action, timing is such an essential element and I think Tudor did a good job to let visitors see the importance of timing and watches in the world of race cars.

With the roaring of a very old 8-cylinder Bugatti compressor we end our tour. We would like to thank Tudor watches and Gassan for the wonderful time we had at the circuit. 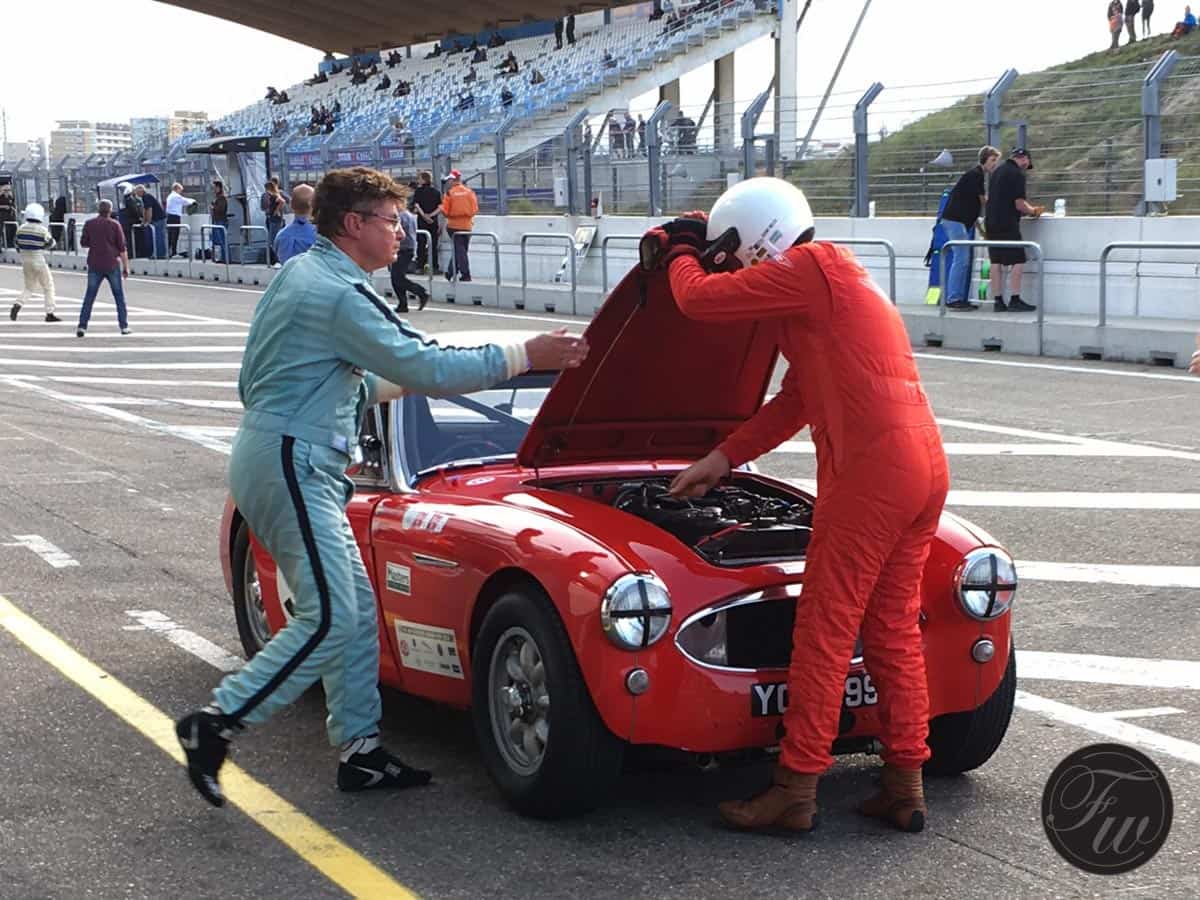 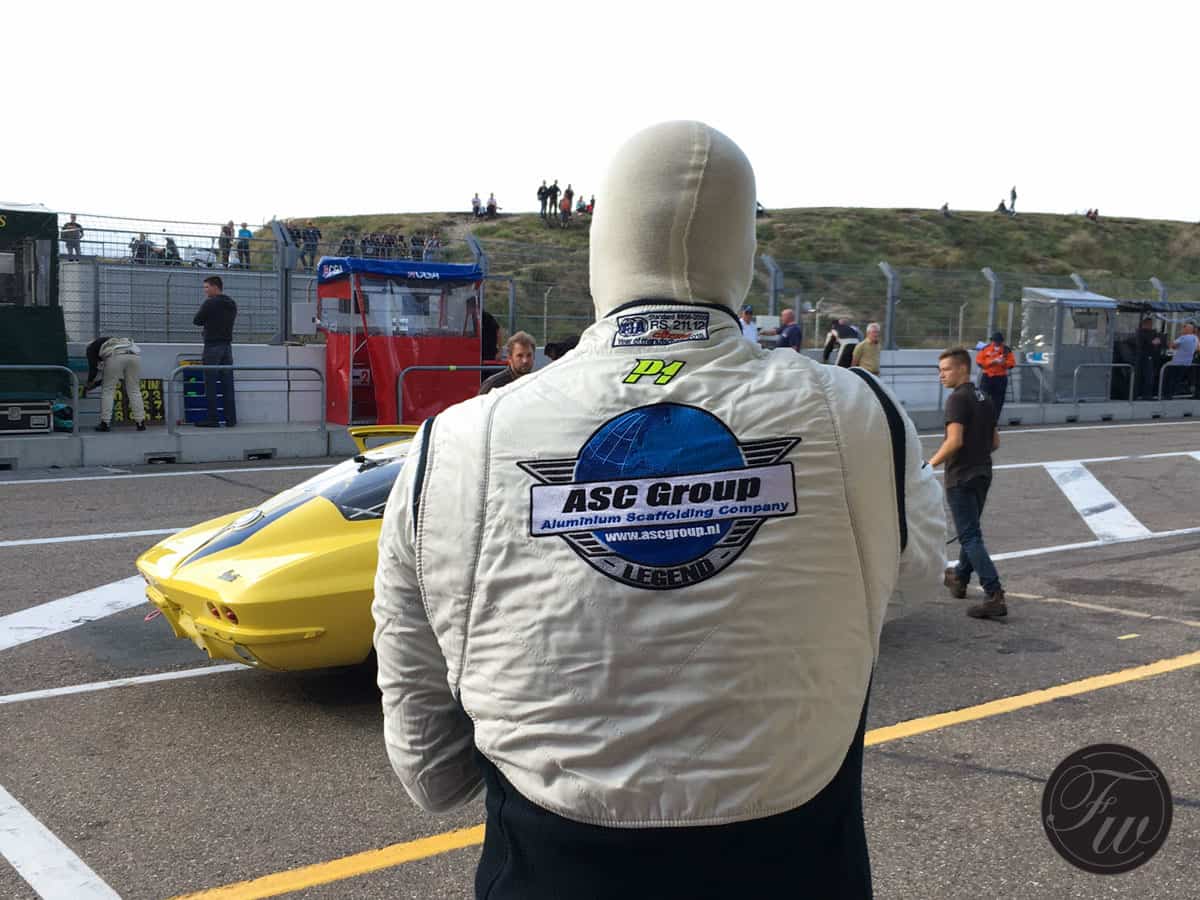 And last but not least more photos to top if off: