Not everything with a century-old history in the watch world comes out of Switzerland. There is one thing in the US that has stood the test of time — the Horological Society of New York. Founded in 1866, HSNY is one of the oldest continuously operating horological associations in the world. We had a few interviews with its movers and shakers in 2020. Now, it is great to once again witness the Society’s efforts for the future of this field.

HSNY recently announced its largest sum to date in financial aid for watchmaking students and schools at its annual gala. During the evening, the Society also raised an additional $18,000, which it says it will use “toward its mission of advancing the art and science of horology.” 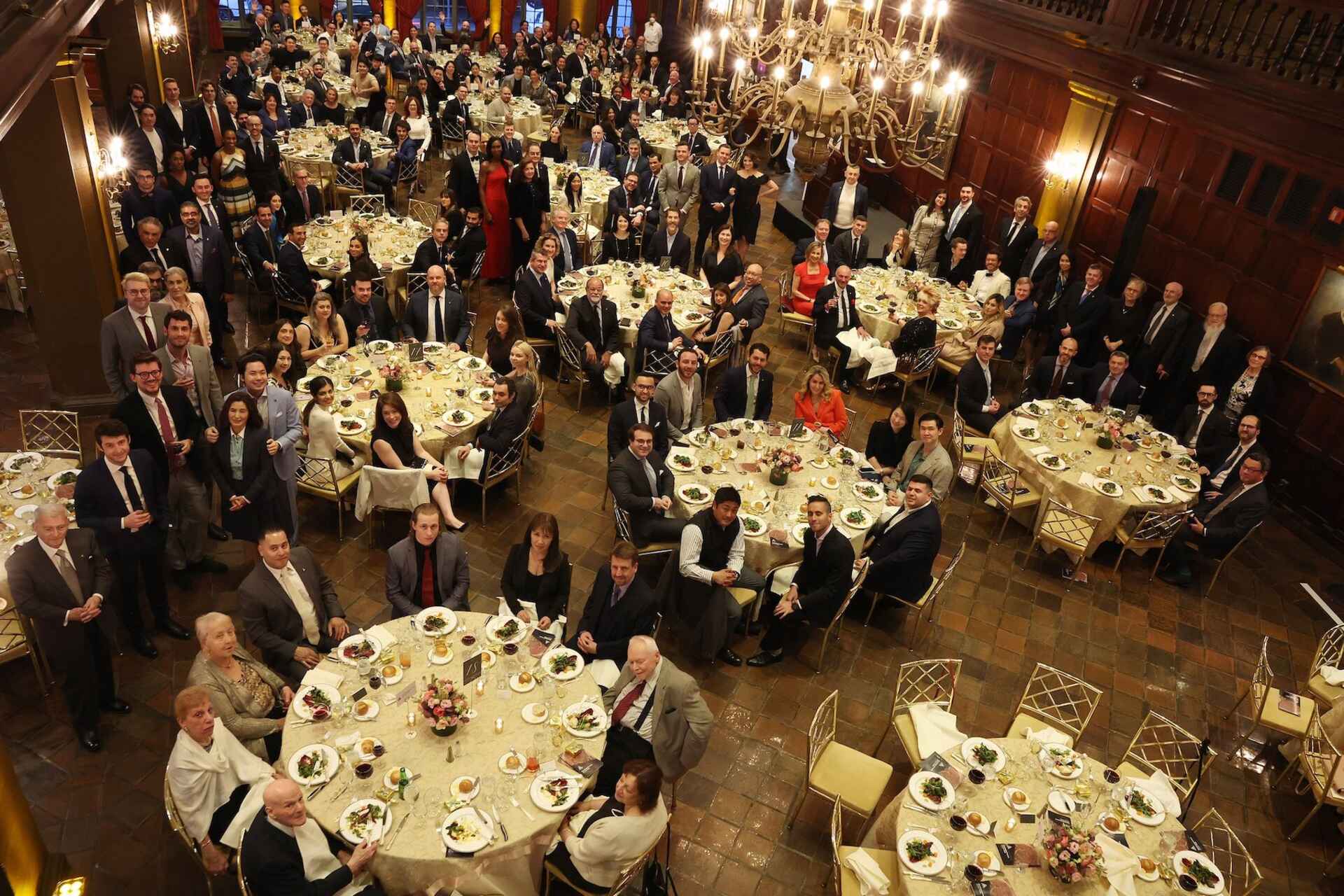 After a two-year postponement of its annual Gala & Awards Ceremony, HSNY was finally able to resume its 156-year tradition two weeks ago The Society once again held the event on Saturday, April 9th, with an impressive turnout at the Harvard Club of New York City. The classy affair welcomed 200 guests including watchmaking brands, HSNY members, and celebrities.

At the event, HSNY awarded $100,000 through five financial-aid opportunities, including the new Grace Fryer Scholarship for Female Watchmaking Students. The Society deems it essential in this day and age to advocate and support the “women in watches movement”. In the traditionally male-dominated watchmaking world, this scholarship aims to elevate passionate female students of horology. 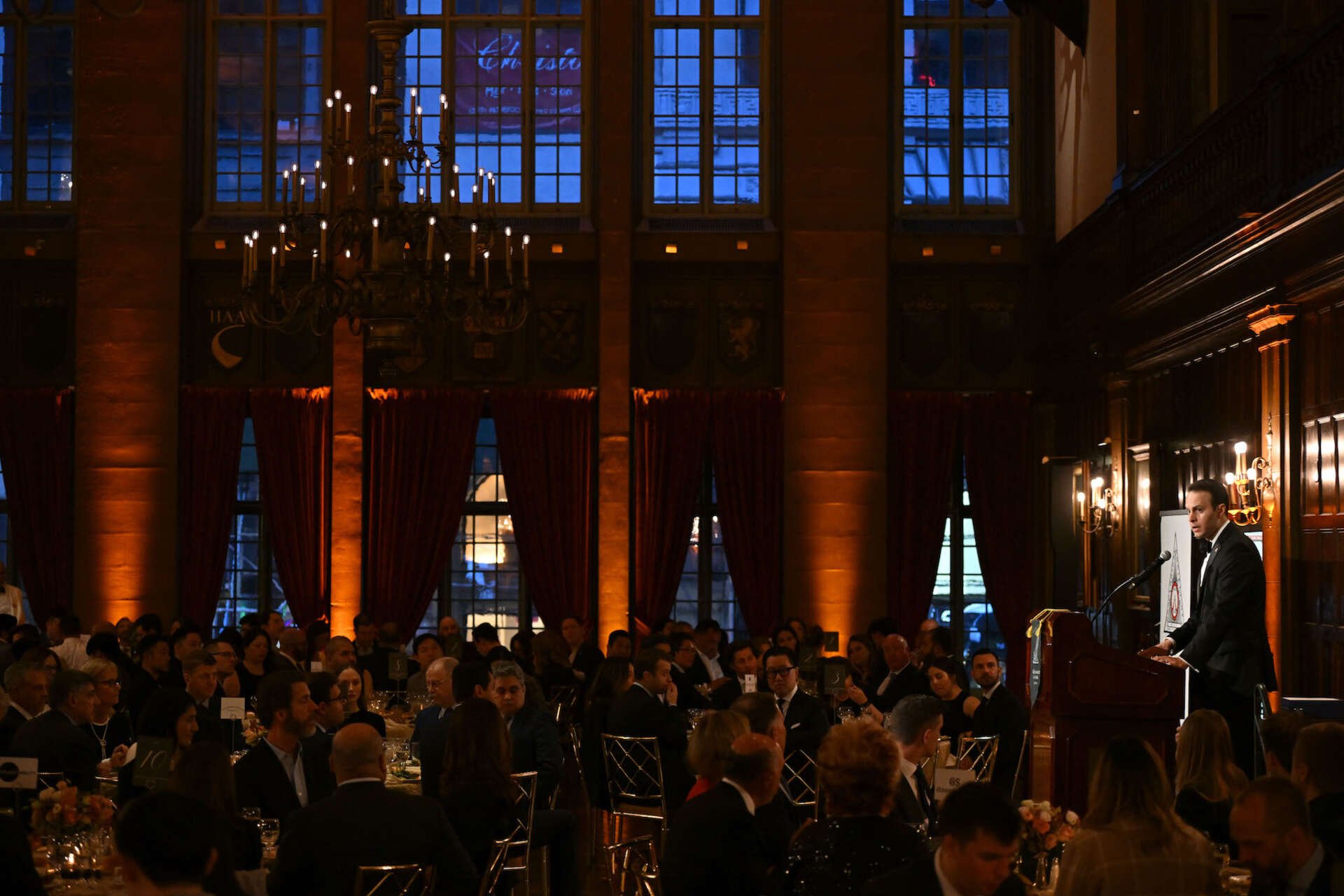 HSNY granted the scholarships and awards this year to 15 watchmaking students and three watchmaking institutions in the US. HSNY’s Director of Education, Steve Eagle, presented a check to Robert Younger, a student from the Patek Philippe Institute in New York. Younger accepted a sum of $5,000, which will also go to each of his 14 fellow student recipients. It is the Society’s goal to spread the word and encourage more watchmaking students to apply in the future. 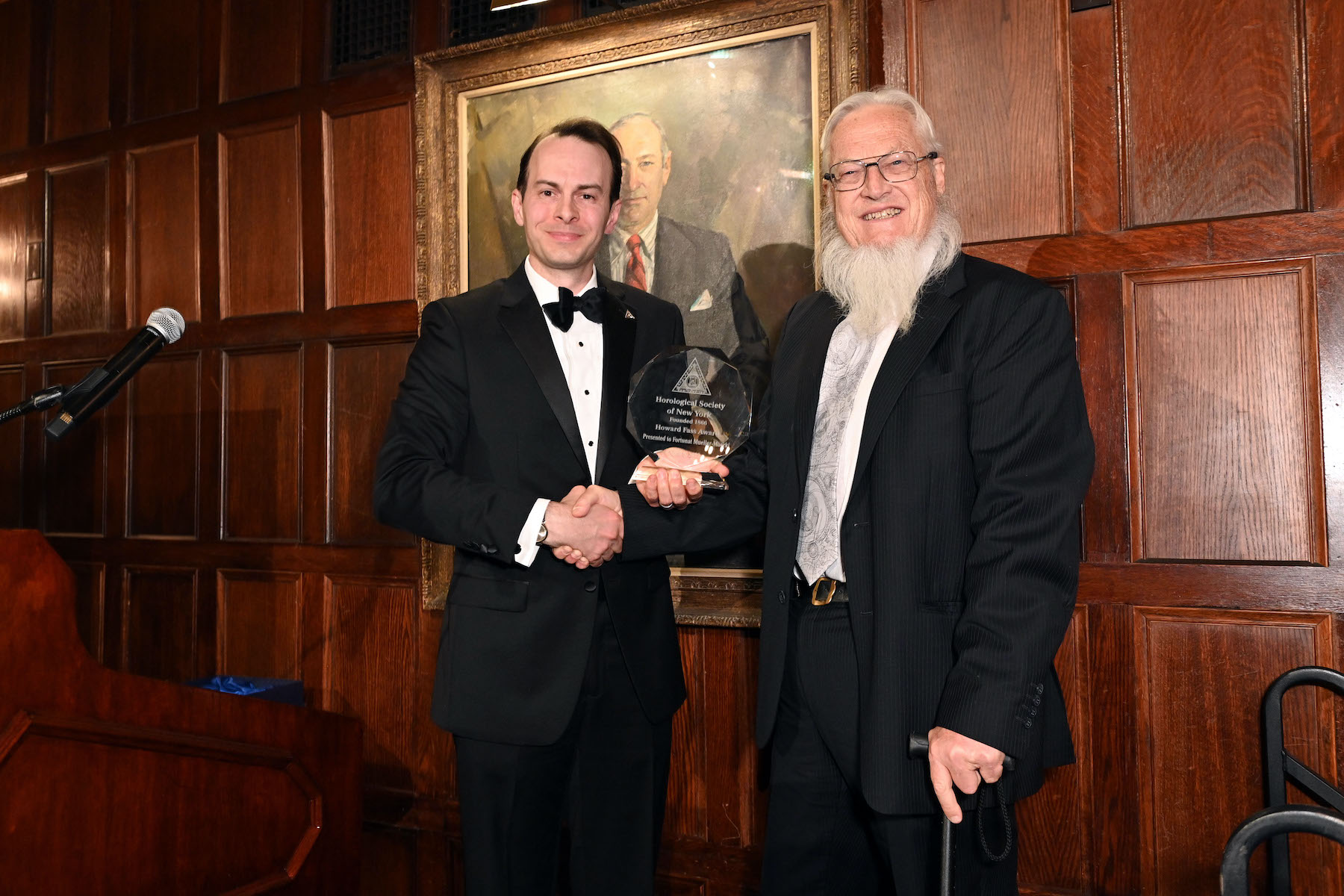 That night, HSNY also presented its highest honor, the Howard Fass Award. HSNY President John Teifert gave this year’s award to Fortunat Mueller-Maerki, a longtime HSNY member and lover of horological literature. The Society created the Howard Fass Award in 2016, and it has since been given to individuals who “have shown extraordinary dedication to the ideals which the Society pursues.”

Another highlight was a charity sale at the Gala, where Phillips in Association with Bacs & Russo auctioned off HSNY’s first-ever Lifetime Membership Card. The .925 sterling silver card was engine-turned by Joshua Shapiro and hand-engraved by Artur Akmaev especially to mark the inauguration. Interestingly, the Society says that the particular silver alloy has “tarnish-resistant properties 4-5 times that of traditional silver sterling.” These days, it seems any horological Phillips auction is a fervent display of competitive passion. This one was no exception either, with the card raising $18,000 in total. HSNY will allocate the proceeds to future financial aid opportunities. 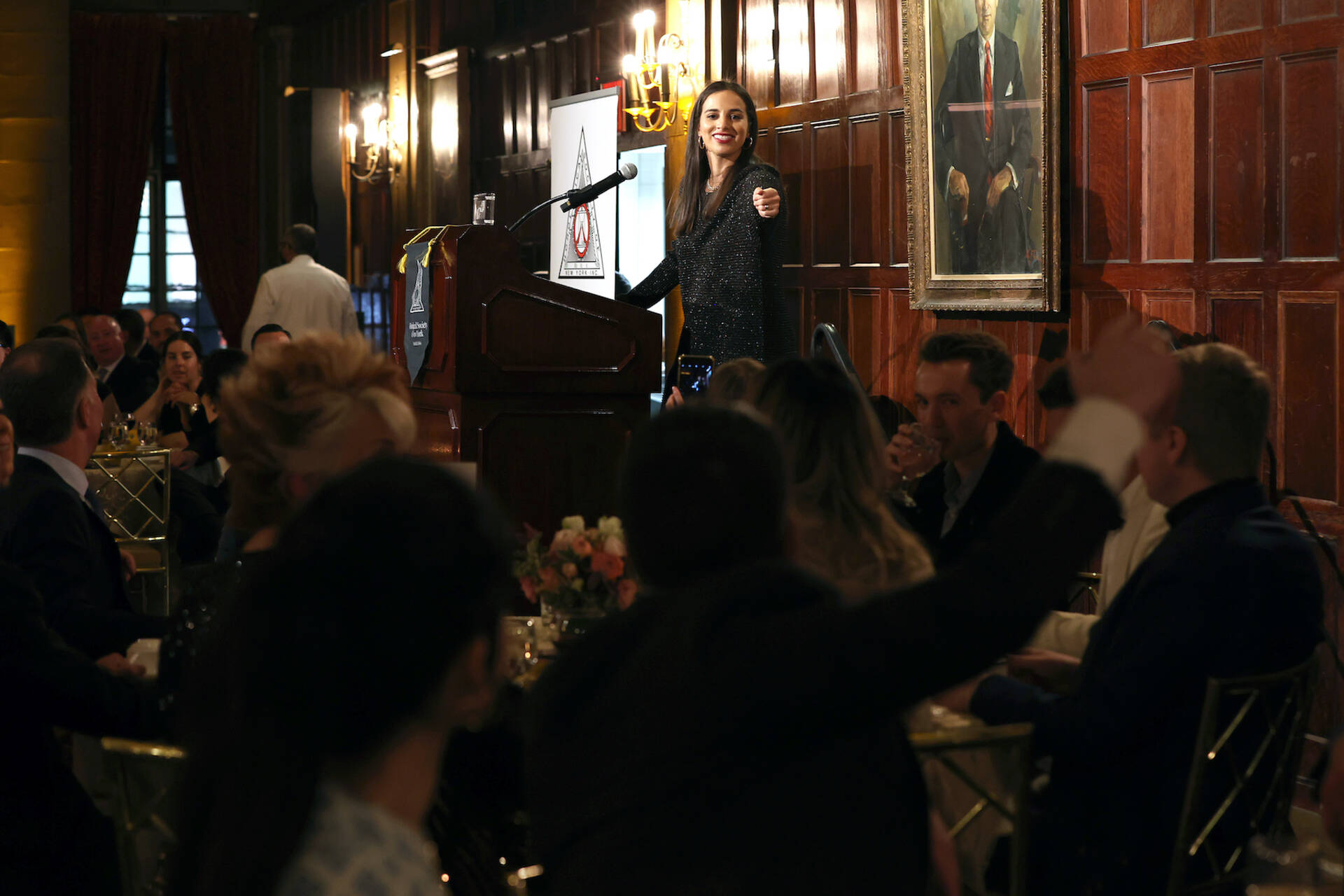 If you would also like to contribute to the future of horology, there will be another chance to take part. HSNY will stage a full Charity Auction online in June 2022, hosted by Phillips in Association with Bacs & Russo. Learn more about the HSNY and how to support its mission of advancing the art and science of horology here.