Hysek – Anniversary Models for the Abyss

The last time we covered an article on (Jorg) Hysek was in 2008, which doesn’t do the man as an artist and designer, nor the brand HYSEK justice. 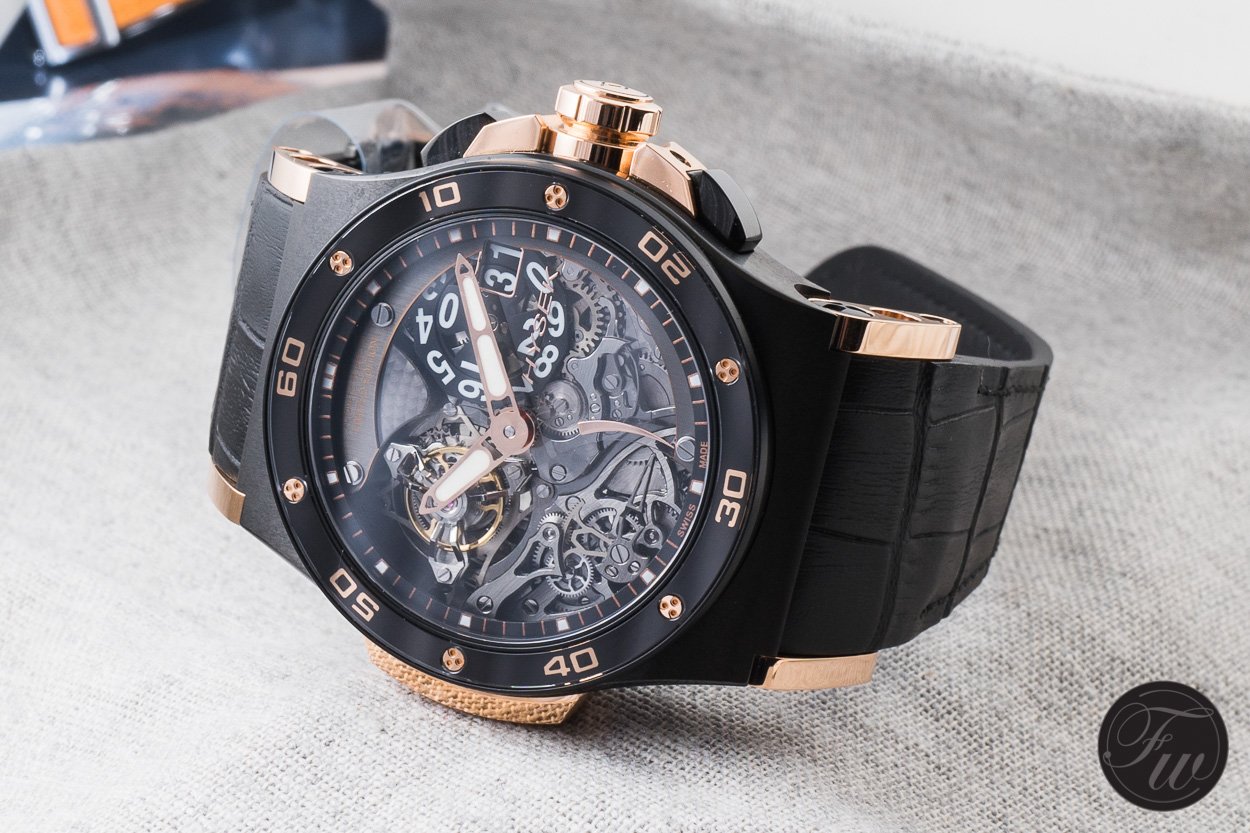 Jorg Hysek was born in Berlin in 1953 and emigrated to Switzerland in 1960. After graduating from the Central School of Art in London, and spending four years in the Rolex design department, Jorg set up his own agency named HYSEK DESIGN.

His work quickly earned him acknowledgement in the watch industry thanks to the timepieces he designed for the most prestigious brands such as Breguet, TAG Heuer, Tiffany, Ebel, Seiko, HD3(*) and many others. Besides reputation in the watch industry Jorg Hysek is highly appreciated for his designs of writing instruments and glasses.

In 1997 Jorg Hysek launched his own watch brand with the introduction of a revolutionary designed watch model, the Kilada. However this project didn’t stand long. Jorg Hysek was always more interested in the design of the bodywork of a watch, rather than the mechanics. It proved a difficult basis to sell his watches as most sales staff wasn’t able to translate the value and costs of designing a watch into the rather high sales price of it. Therefore Jorg Hysek sold the brand in 2000, as HYSEK, to the current CEO Akram Aljort who happens to own 40% of the capital of Roger Dubuis as well.

Akram Aljort, leaning more towards technically highly complicated timepieces with emphasis to tourbillion movements, opened in 2007 HYSEK’s own manufacture. They went into production of complicated high-value timepieces, however still with extraordinary designs from the man Jorg Hysek himself. Quite some models passed the revue, with illustrious names like IO, Abyss, Rebel, Collosso, X-Ray, V-King and Symphony. 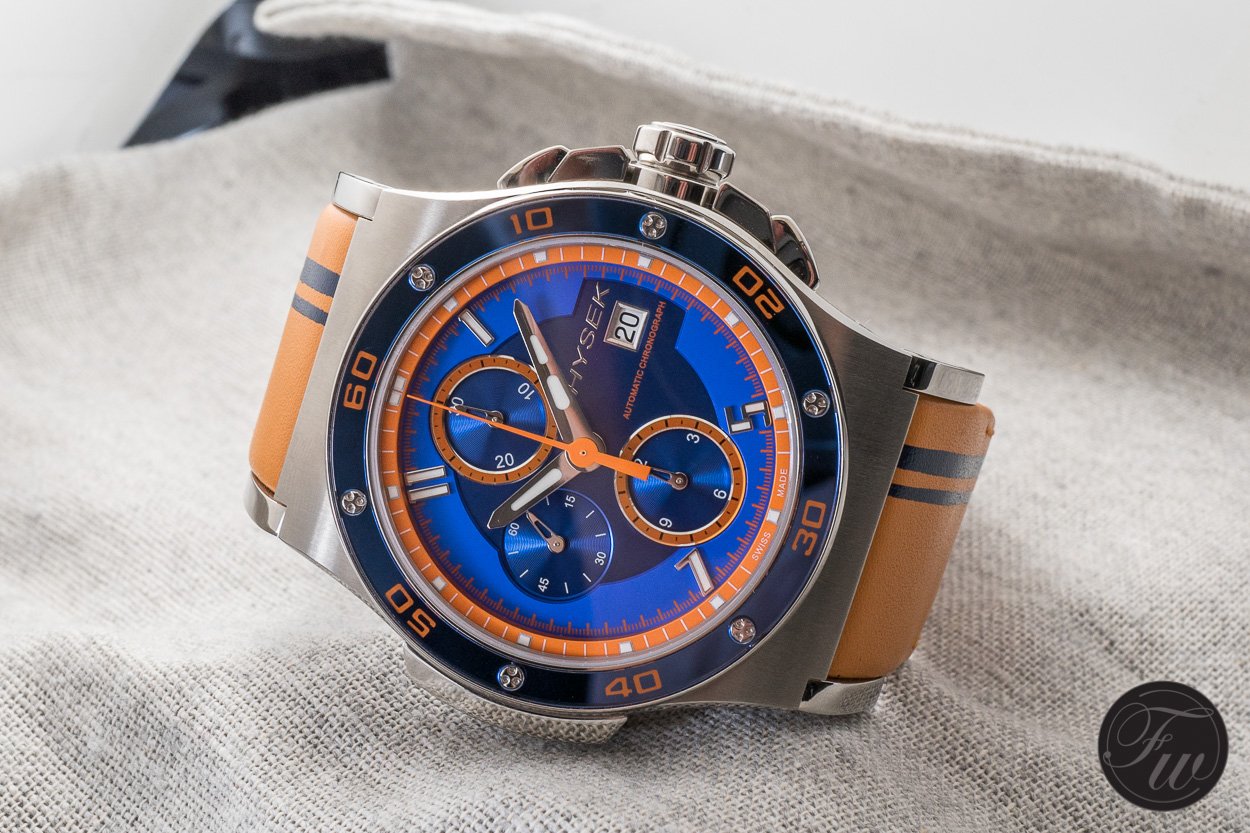 Some of the models seem forgotten, however the ever strong Abyss – introduced already in 2005 – saw new models at this years Baselworld for it’s 10th anniversary. One new model in the more or less regular 44 automatic collection, and one new ‘fine watchmaking’ tourbillon model in three material variations.

The titanium anniversary chronograph in the regular 44mm automatic collection sports a striking blue sapphire bezel and a blue dial with orange details. The orange and blue repeat in the leather strap which is now conveniently mounted to the for HYSEK typical hinged lugs. 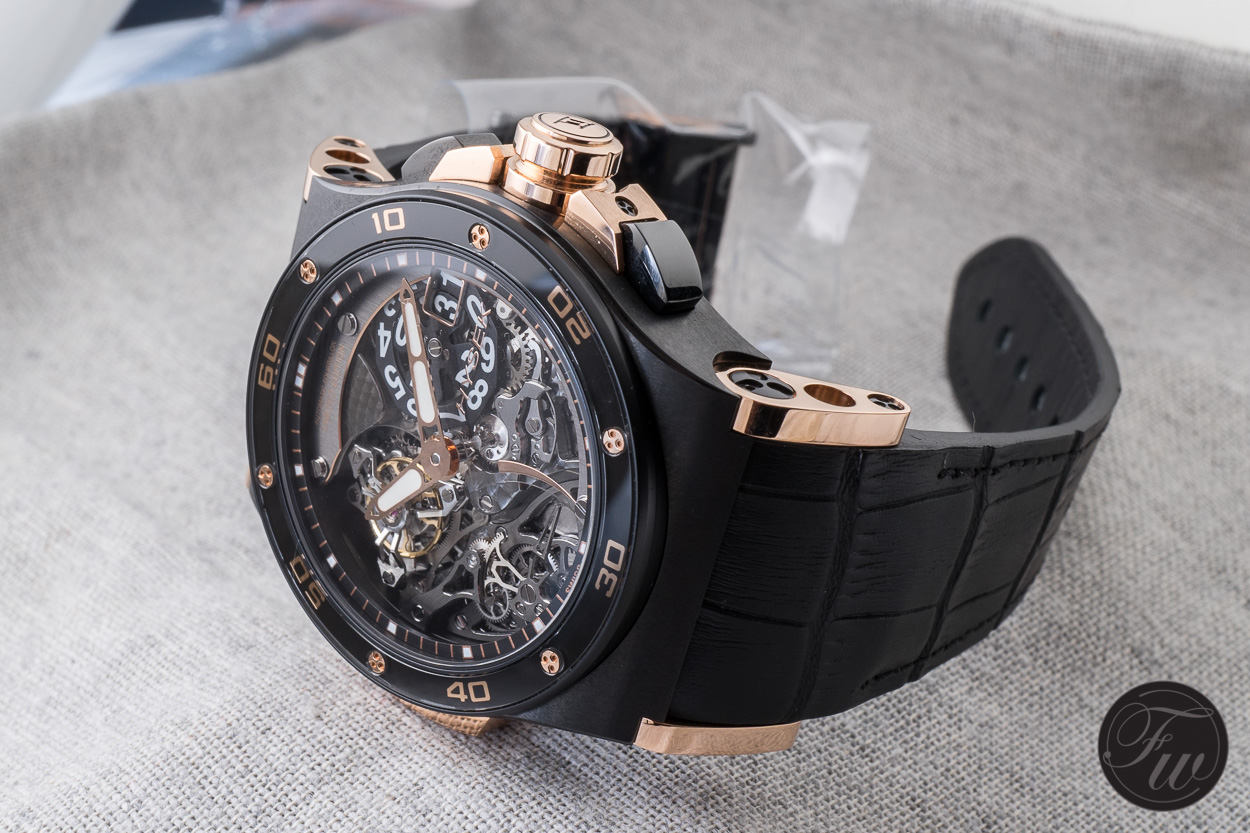 The anniversary ‘fine  watchmaking’ model is available with a rose gold case, a titanium case, or a case combining rose gold and black PVD. Each of the variations show the typical Hysek style with strong lines and a heavy design. Creativity and particular attention to smallest details, with all finishing completed to the highest standards of fine watchmaking, are important marks of these models as well. 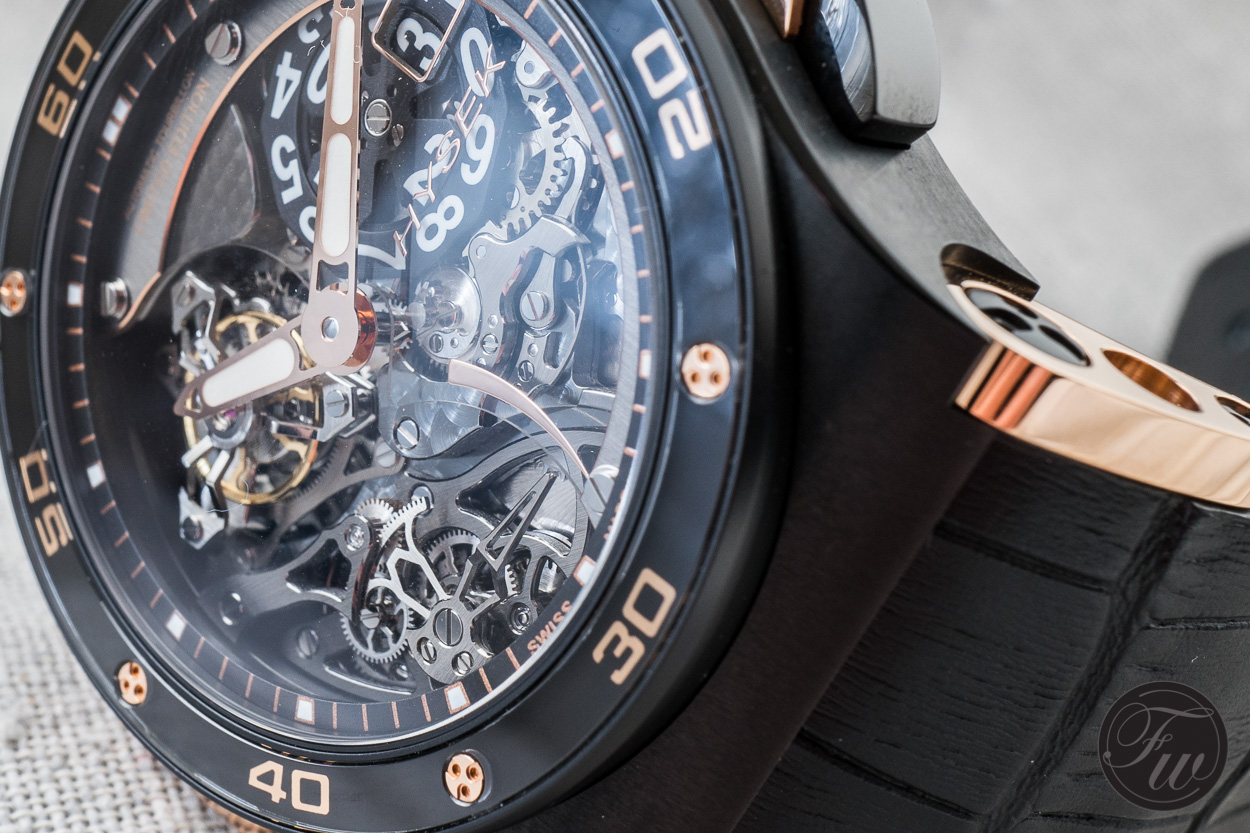 The new Abyss fine watchmaking models are powered by an automatic tourbillon caliber, of which the tourbillon is located at 10 o’clock. A rather unusual position in traditional watchmaking, but one for which Hysek has a preference. There’s a double large date disc made from a special aluminum alloy placed opposite at 2 o’clock, and the timepiece features a power reserve indicator at 7 o’clock. 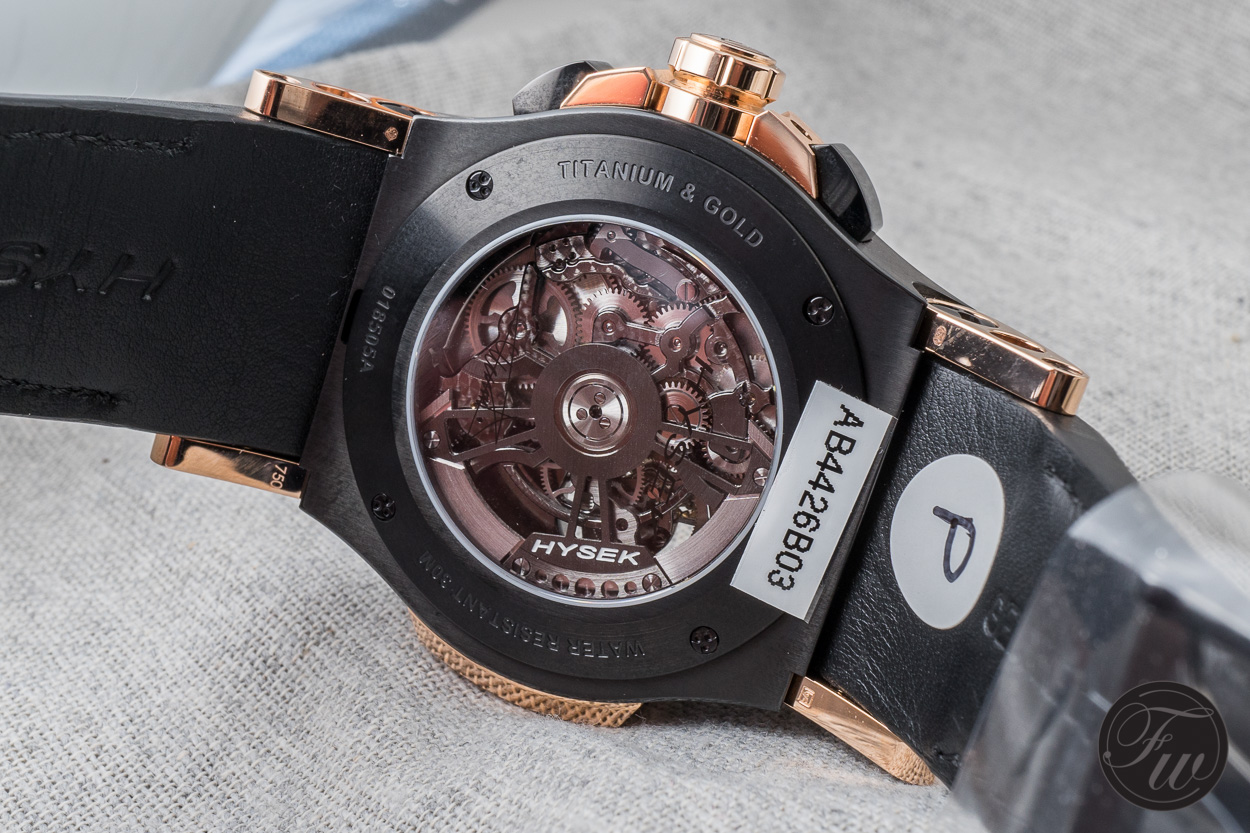 To show the beauty of the HW03A caliber, a sapphire dial is used at this Abyss collection. It’s is mounted around the edges of the tourbillon and large date display. Hysek is one of the very few manufactures to design and produce its own hands in-house. And the Abyss has a fully skeletonised rotor, running on a ceramic ball bearing, with a rhodium-plated 22-carat gold insert sporting Hysek’s five distinctive circular openings. The same motif can be found on the swivel lugs. 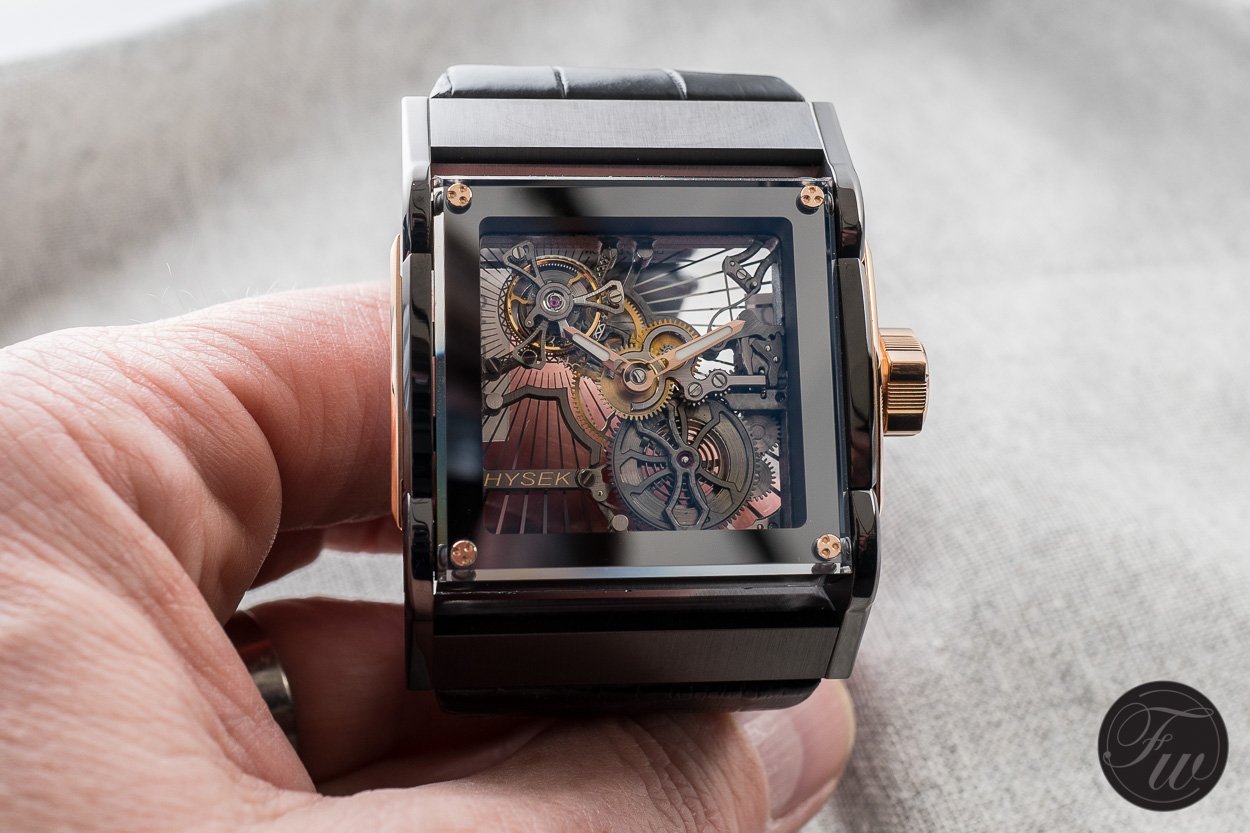 Besides the Abyss we were still struck by the beauty and transparency of the, already in 2008 introduced, Furtif Skeleton Tourbillon. There was one available to take pictures from so we include these in this post as well.

(*) Nice to mention here is Jorg Hysek’s cooperation with HD3, one of the first brands to bring a high-end watch with a electronic digital display with it’s ‘Slyde’ model. Diving into the work he has done for HD3 I found this interesting rendering (tip: spot the brand name at the dial and strap). Probably something worth further investigation 😉 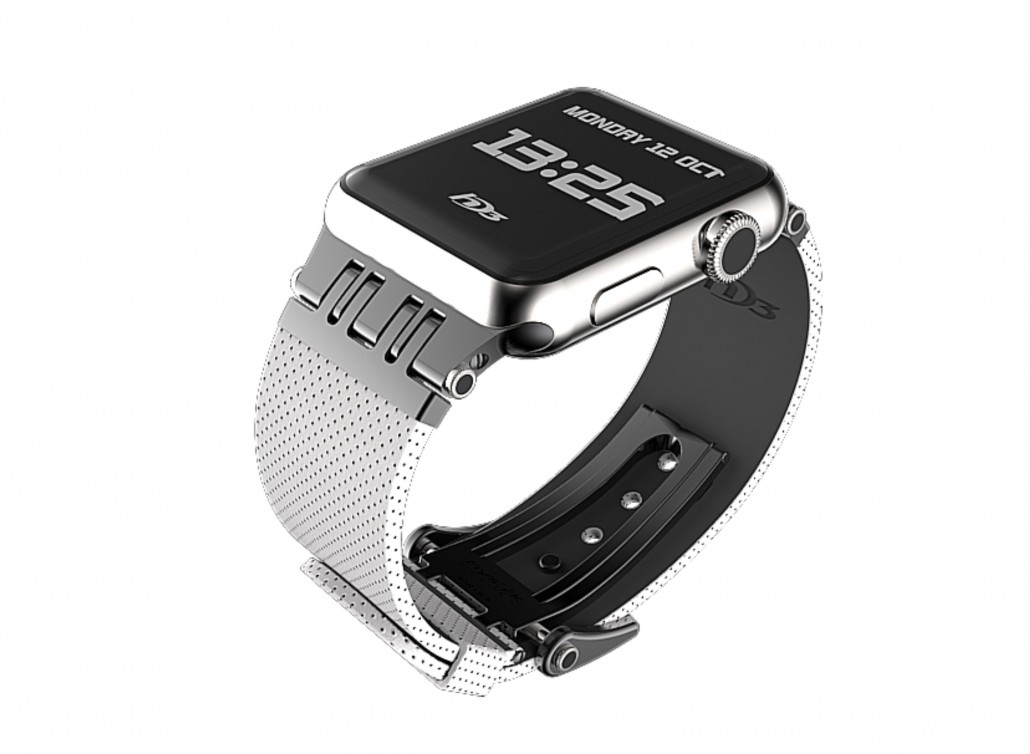