As watch enthusiasts, we get excited about new watch releases. It’s inevitable, and we can’t help it. It’s like telling sugar not to be sweet — it’s just not going to happen. Some releases get us a little more hot under the collar than others, especially when we’ve been biting our tongue for months, knowing what was coming. It’s even more difficult when you’ve been involved in the testing and development process, as is the case with the new Fortis Stratoliner.

Previously, you may have read some of our articles here on Fratello in which Rob and I discussed a top-secret mission that took us 150km north of the Arctic Circle. Think temperatures of -17C and the like — brutal, but beautiful. Fortis and Fratello journeyed to the Esrange Space Centre in order to test Fortis’s new WERK 17 movements. This involved launching them into the stratosphere on a stratospheric balloon. Variations in temperature and microgravity were all measured to see how they affected the movements. This was certainly all well and good and insanely cool, but the common question was, “What watches will use this fancy new movement?” After many months of keeping our mouths firmly shut, I am pleased to be able to introduce the new Fortis Stratoliner, featuring the new WERK 17 movement. 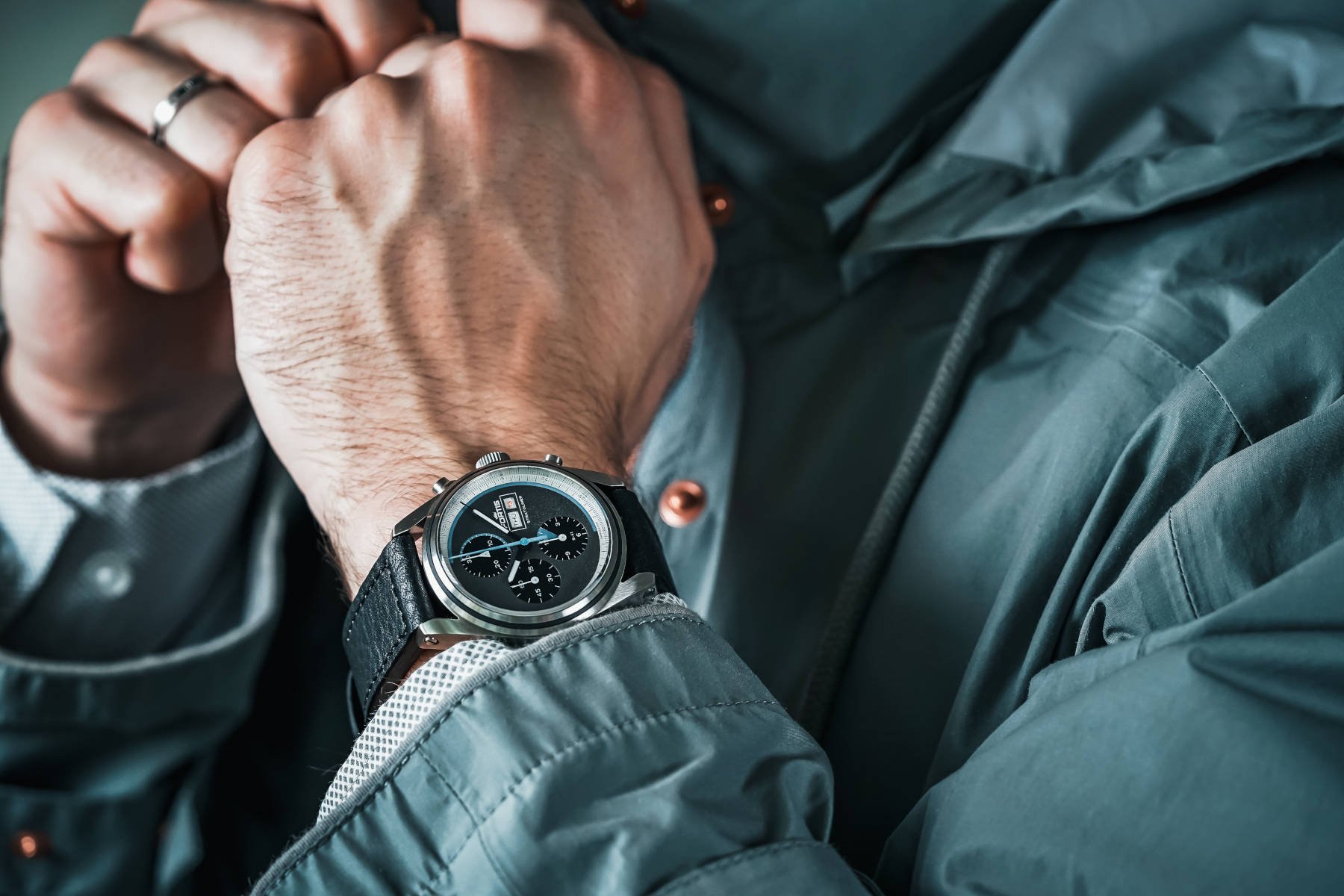 The WERK 17 movement is tested for space travel!

Apart from its eye-catching dials, one of the major selling points of the new Fortis Stratoliner is the new WERK 17 movement. But what makes it so unique? That’s a fair question. On the surface, it is “just” an automatic column-wheel chronograph produced for Fortis by renowned movement manufacturer La Joux-Perret (LJP). But yet, it’s a lot more. Before we go into more detail about the real-life stratospheric testing, even down on the ground, this thing is more than a standard stock movement. 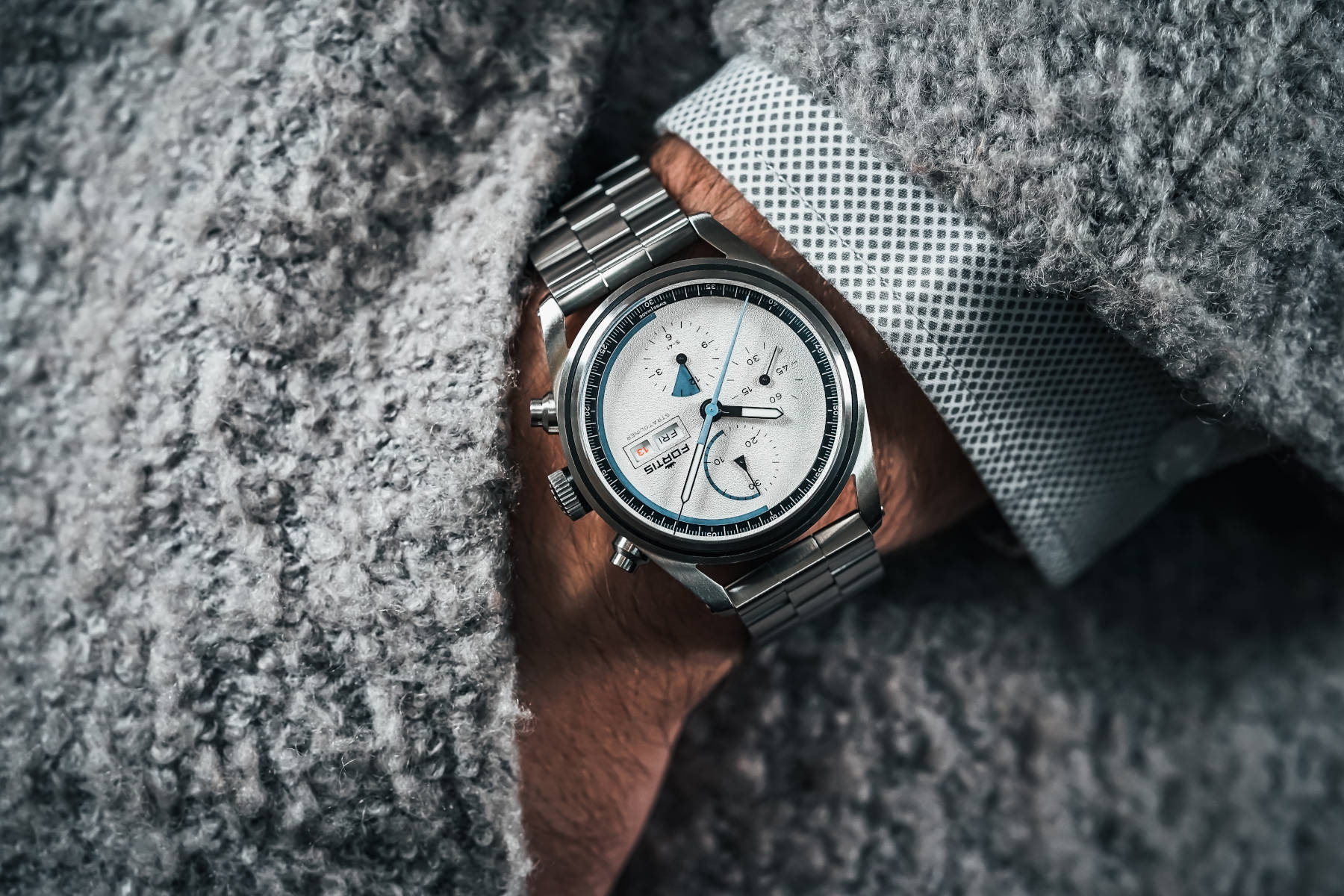 Fortis had LJP redesign the bridge to a custom traversing number in order to increase the robustness of the movement to “space-proof” levels. What does this marketing spiel actually mean? Well, it’s actually to improve shock protection. So, for us land-dwelling folks, we can also benefit from this feature. The rigors of everyday life result in various knocks and bangs on our watches. We all know the pain of catching our wrist on a rogue door frame or the corner of a desk. Increased shock protection is always a welcome addition to a mechanical watch; that’s a big fat tick in the plus column for me. An improved 60-hour power reserve to boot is just the icing on the space cake. 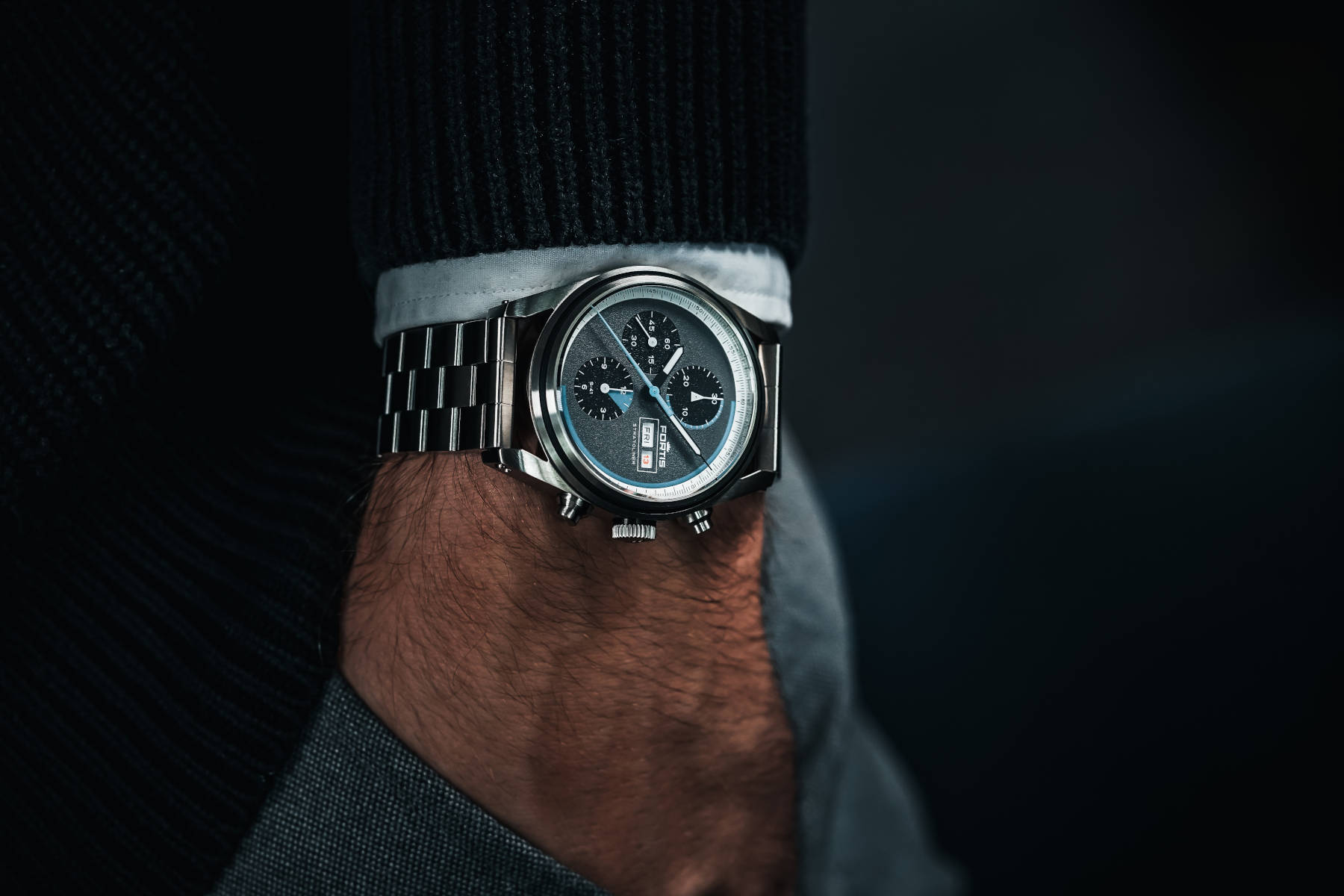 The Stratoliner went into the stratosphere

Of course, the elephant in the room is the “space-tested” claim. I’m pleased to say that this is no marketing spiel. OK, so the stratosphere is not space by the technical definition of the word. However, Fortis has plans to revisit the Esrange Space Centre and launch the Stratoliner into space onboard a suborbital rocket in the future. This will take the watches past the Kármán line, into outer space. Due to the proximity of Sweden to the Russian border, these launches are on hold for the foreseeable for obvious reasons. While multiple brands have now found their way into space over the last 60 years or so, only Fortis has sent movements into the stratosphere to conduct testing in real-world situations rather than simulated environments. Nothing can beat the real McCoy for us space enthusiasts.

When Fortis sent those 13 watches up into the stratosphere, attached to the stratospheric balloon, it wasn’t just for a pretty picture or two. Admittedly, the resulting photography is pretty darn spectacular, but the purpose of the trip wasn’t just aesthetic. The plethora of sensors and measuring instruments collected vast amounts of data. This data gave incredible insights into what these conditions meant for the long-term accuracy and reliability of the movement, not just the mere survival of exposure. 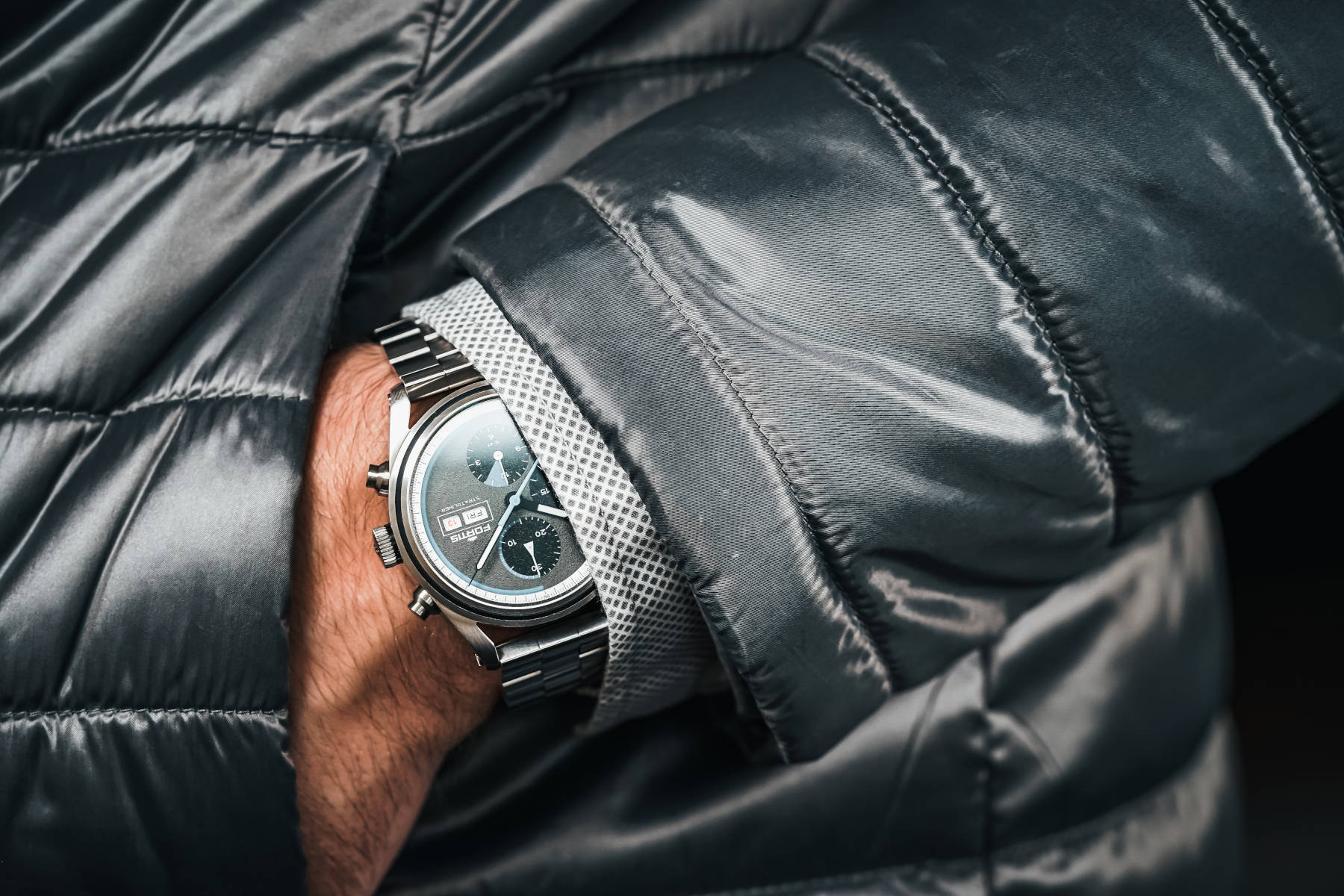 Real-world data is everything

We all know watches can survive “existing” in outer space, but when it comes to the longevity of movement accuracy, that’s more unknown. After retrieving the watches following their plummet back to Earth, Fortis disassembled and re-evaluated any points of failure. This provided critical information about elements that needed further research and development. Space is a harsh environment with sub-zero temperatures, increased radiation, and extreme wind speeds, all of which can wreak havoc on the sensitive components within. 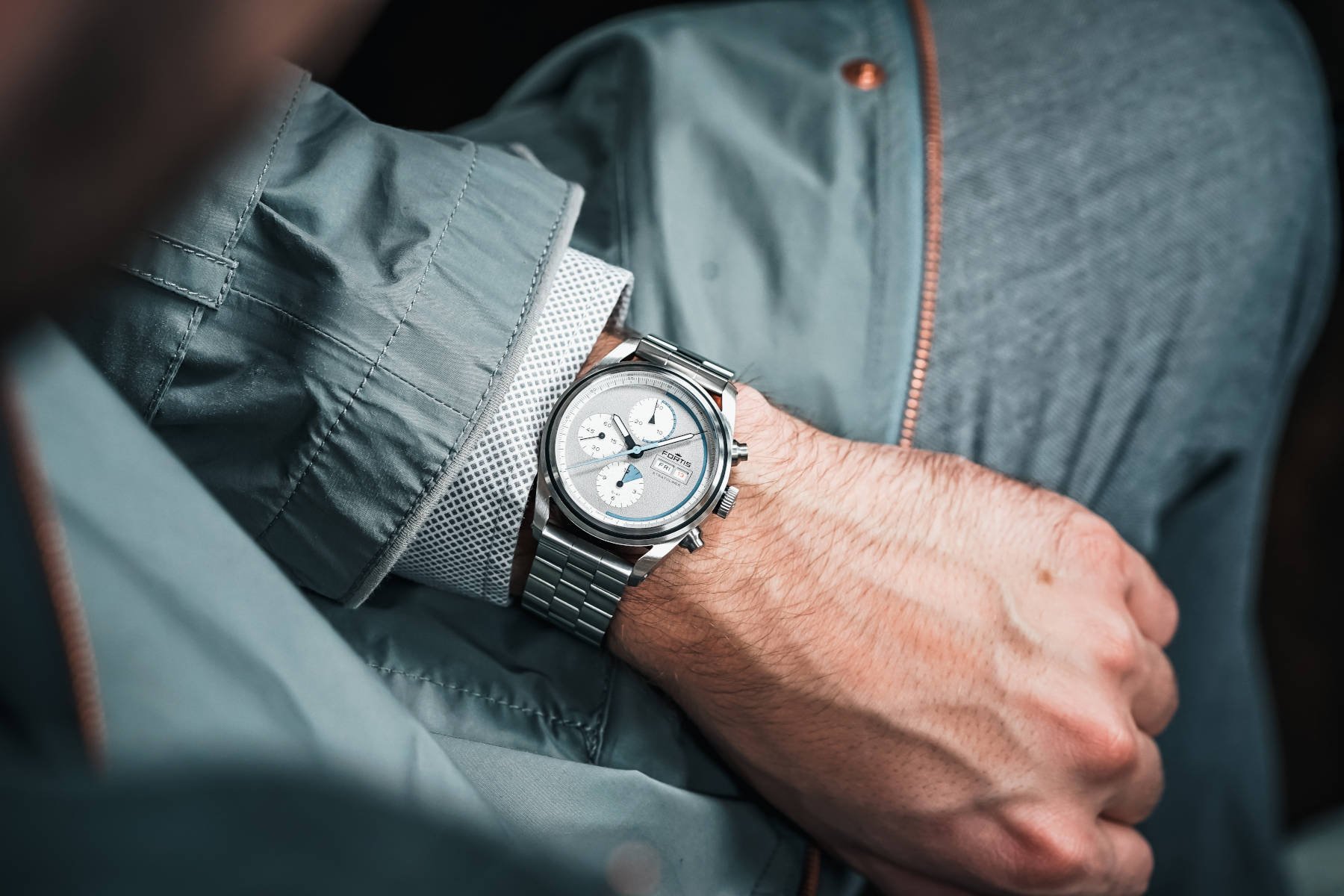 The project doesn’t end here, though. The end goal is to continue testing and improving to create a watch that maintains a high level of accuracy and resilience significantly further afield. Think missions to Mars and beyond! It’s incredibly exciting stuff. I’m thrilled that Fratello has been fortunate enough to be a part of the journey so far! 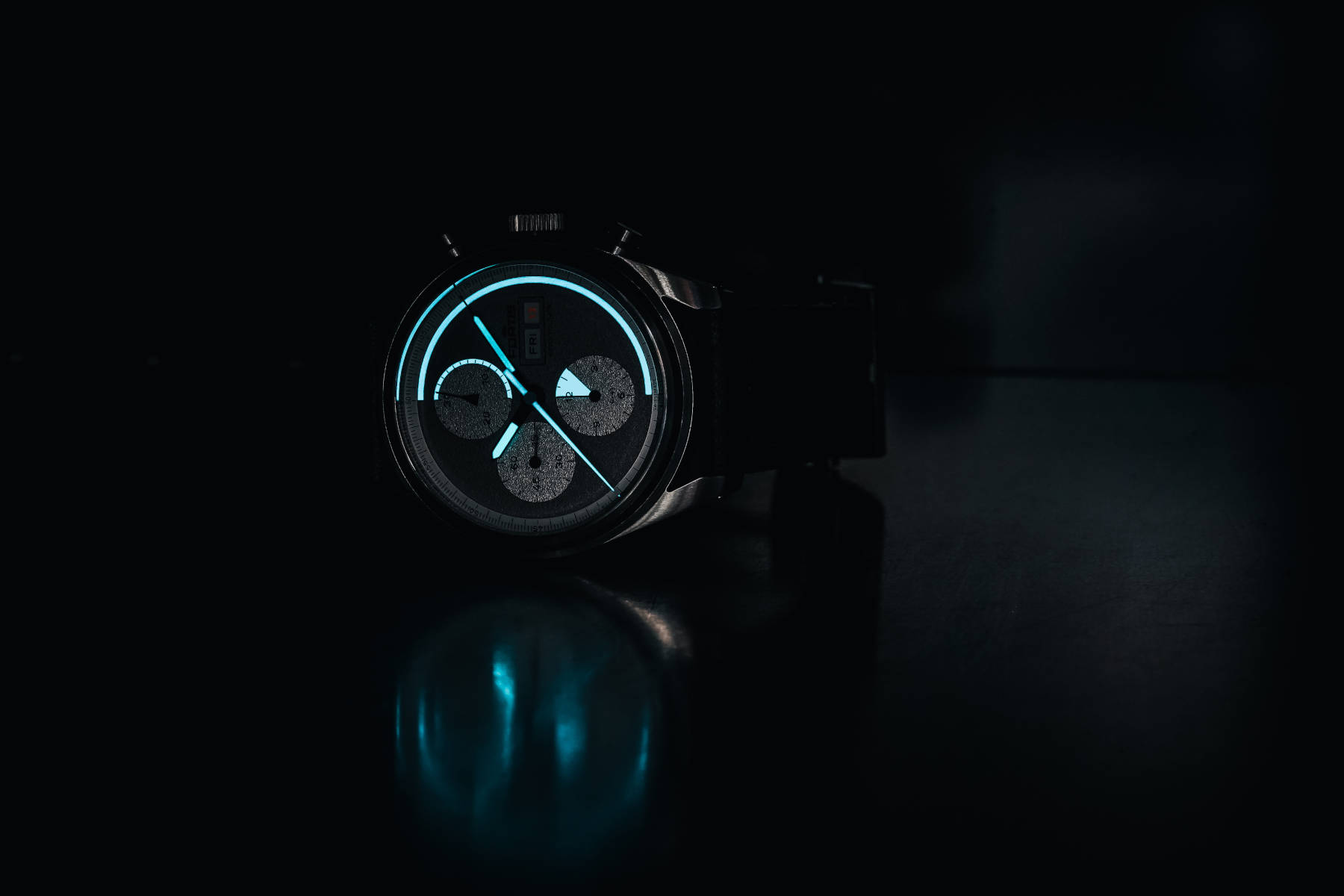 No design without function: The blue markings

You may have noticed the interesting lume markings on the minuterie and the subdials. These pay homage to Virgin Galactic‘s stratospheric flight and reflect the different phases of the flight, such as the climb phase (up to 1.5 Hrs), the boost phase (up to 90 Sec), and the time in zero gravity (up to 15 Min). 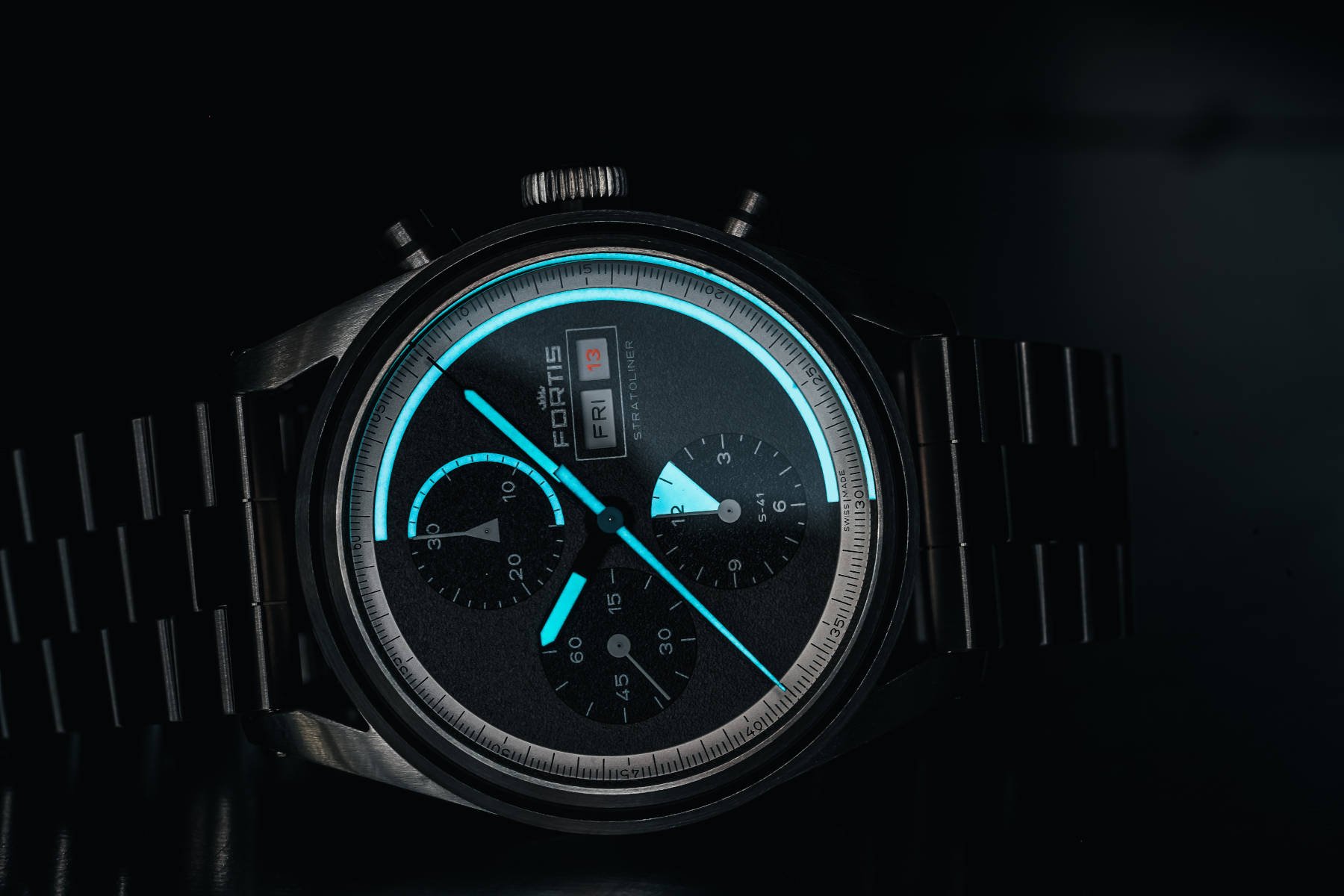 A reimagination of the Stratoliner’s true potential

Fans of Fortis may recall that the Stratoliner collection is not an entirely new one. Originally launched sometime in the 80’s, it led to the first Cosmonauts Chronograph. The line received refreshes in 2005 and 2016, but now we are finally seeing its true colors. The new Stratoliner you see here today is an evolution and reimagination of the most recent refresh. With the new models, Fortis takes the original concept and allows it to begin to reach its full potential. Since Jupp Philipp took control of Fortis back in 2018, he has built it into a brand that has redefined the standards of the tool watch. Indeed, the brand’s tagline “The tool watch. Redefined” gives a clear idea of its goal moving forward. If something is worth doing, it’s worth doing correctly, and the new Stratoliner collection is a testament to this.

The new Stratoliner also adheres to Fortis’s pledge to use recycled steel for its watches. In the world of luxury watches, sustainability is not always the first thing on brands’ minds. That makes it refreshing to see Fortis maintain its pledge to reduce its environmental impact through its recycled steel and cardboard packaging. It may not mean much to some people, but it’s an attitude I wholeheartedly approve of. 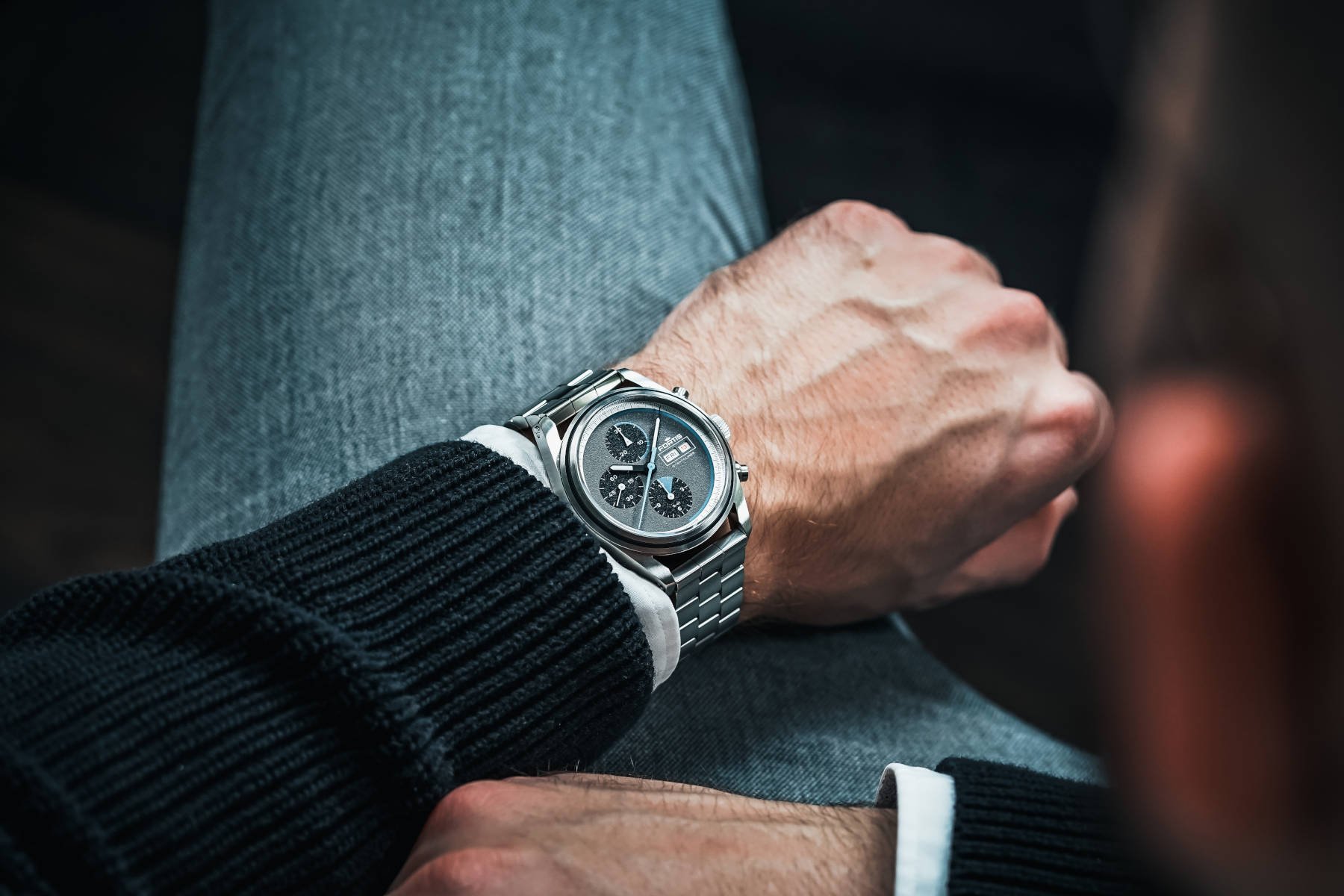 I’m excited to see where the Fortis Stratoliner takes us

Having seen these watches in the (recycled) metal, I was very impressed. It’s all well and good having an impressive movement inside, but the watch itself is the movement’s ambassador on the wrist. It has to look good too. And it also has to wear well. Thankfully the new Fortis Stratoliner ticks both of these boxes, and I can’t wait to get properly hands-on for a full review. What do you think of the new release? Which of the dial colors is your favorite? As ever, let me know in the comments!

You can find out more about the Stratoliner on the Fortis website.