It’s the fourth generation of the Speedmaster X-33, largely based on the X-33 Skywalker. It has the same 45mm × 14.7mm titanium case and the same bracelet. So what’s new about the Omega Speedmaster X-33 Marstimer?

As you’ve probably noticed, the bezel has a specific red hematite color. This hue should be reminiscent of the dust on Mars. The bezel insert is made of oxalic anodized aluminum. You will also find the same color on the seconds hand, which has a black-to-red-hematite gradient. But there’s more to this Speedmaster X-33 Marstimer than just new colors. It has the same functionality as the X-33 Skywalker, but it also has specific additional functions for use during exploration missions on Mars. 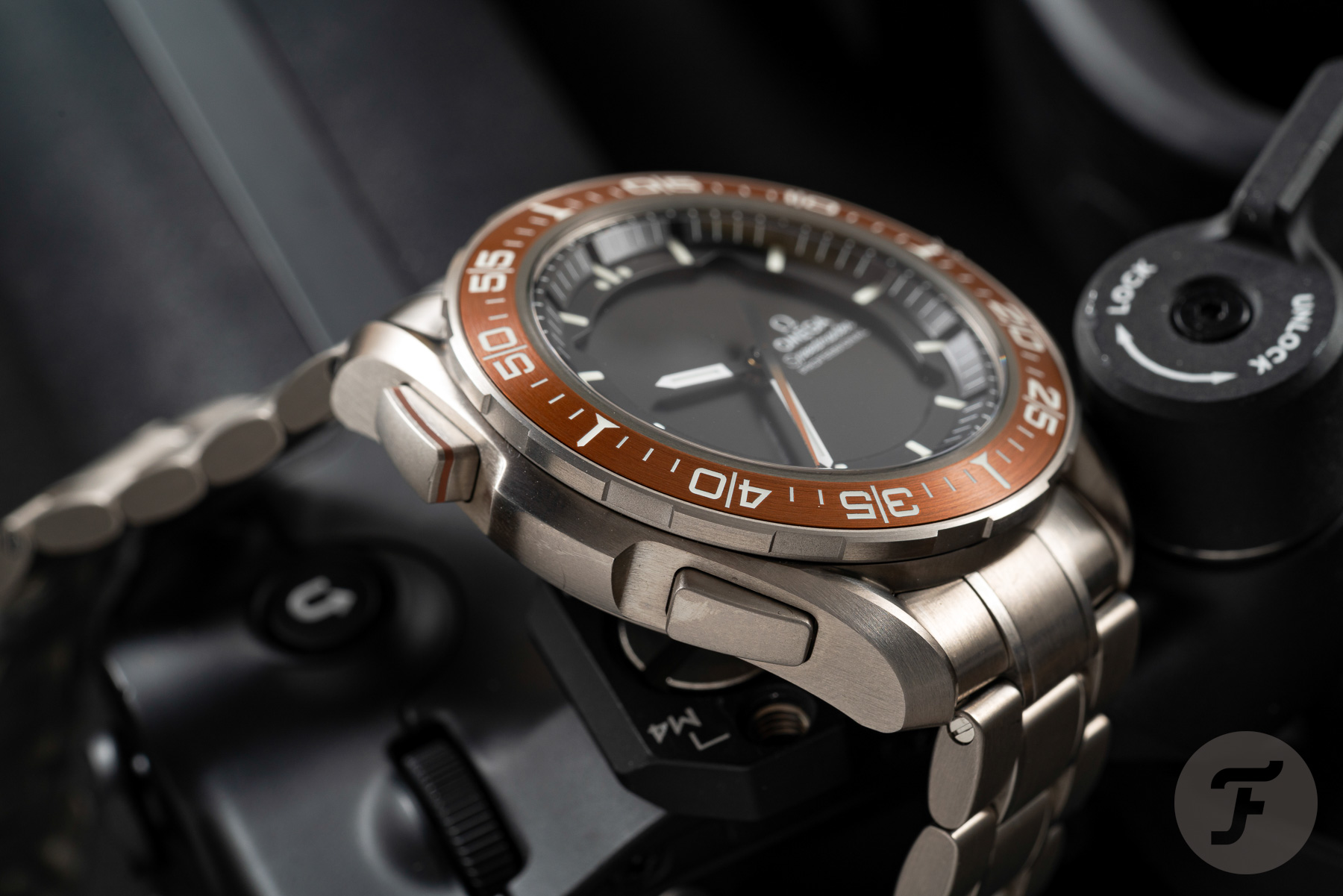 The request for the Mars-specific functions comes from ESA (European Space Agency). The Agency reached out to Omega to ask if the brand could develop a watch with specific functions for measuring time on Mars. As you might know, one day on Mars is 39 minutes and 35 seconds longer than one day on Earth. During a mission on the Red Planet, everyone involved uses Mars time. It’s incredibly useful for the scientists in the control room and the involved astronauts to track the events on Mars in its own time zone. 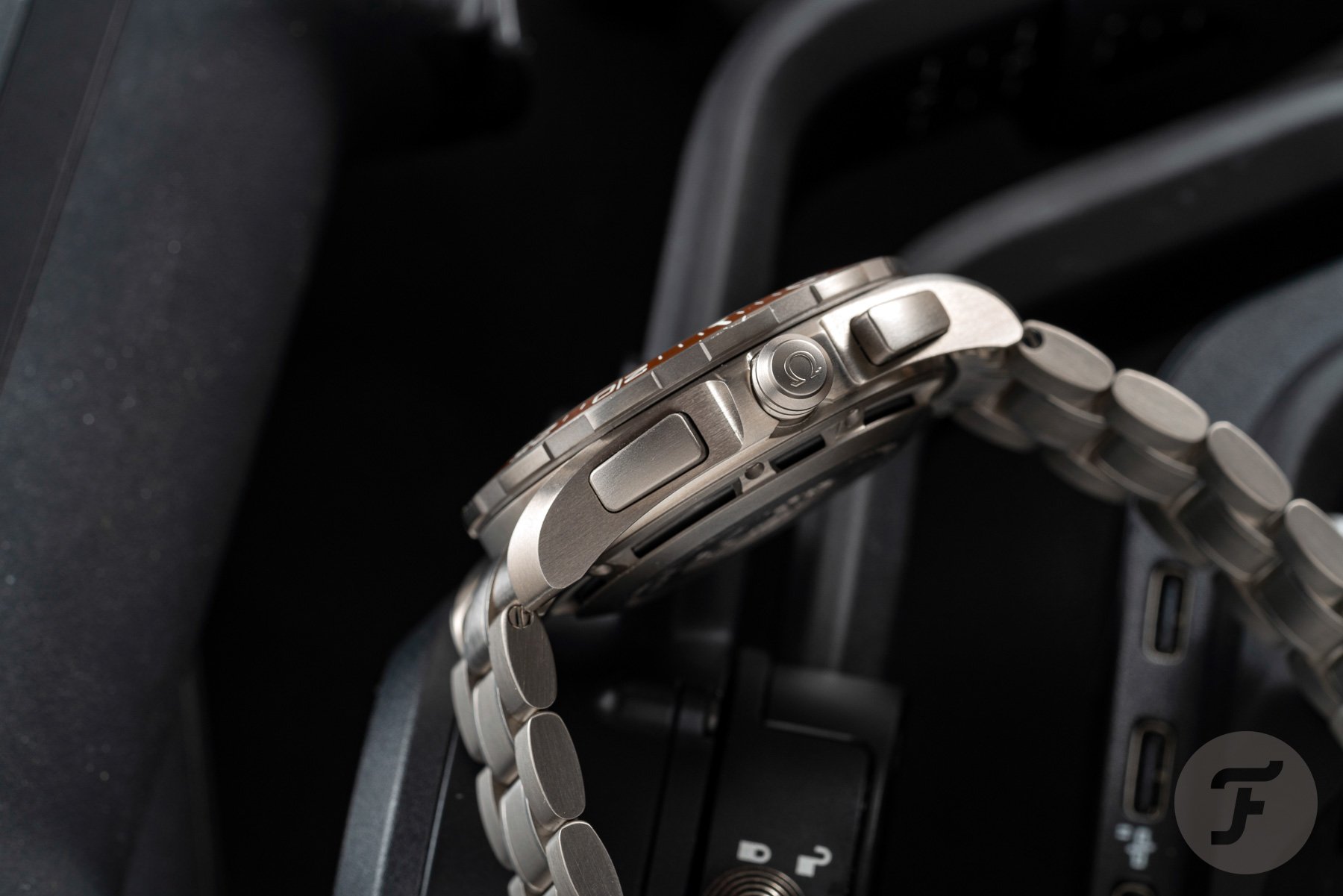 The idea for the watch came from a project scientist working on ESA’s ExoMars mission, which aims to look for signs of past life on Mars. He was searching for a new watch that could provide the scientists and engineers involved with both Mars time and a solar compass. The solar compass is important because Mars has no magnetic field. He was already very pleased with the Skywalker (which was also developed with the help of an ESA astronaut) but started to design new functionality for a future watch. He converted his ideas into an instruction manual for the X-33 Skywalker, and with these ideas for new Mars-specific functionality, he contacted Omega. 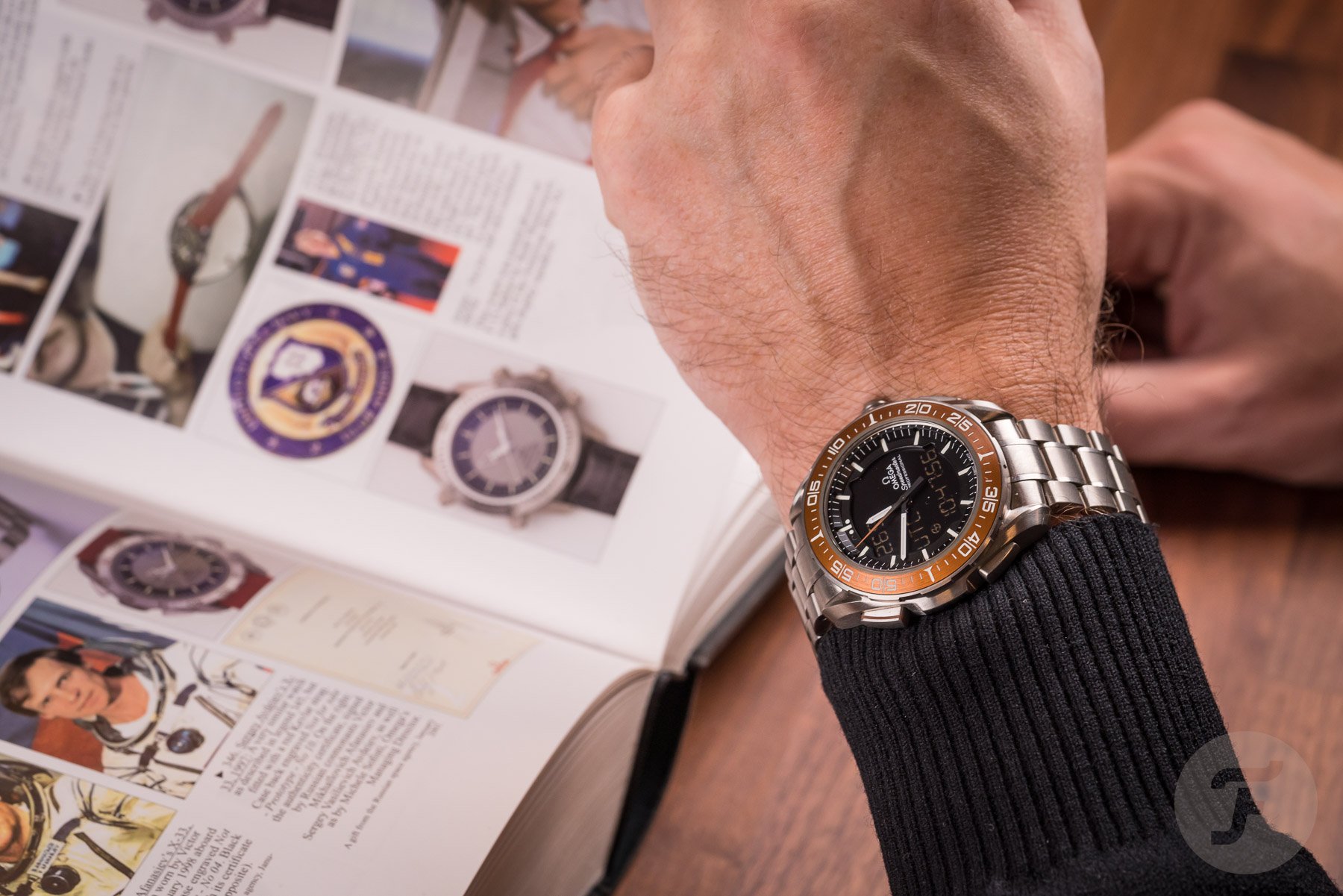 However, the previous X-33 platform wasn’t suitable for technical reasons, so Omega had to develop a new movement. Some calculations, especially for the solar compass, are relatively “heavy,” and the previous caliber wasn’t up to the task. Like the previous version, the X-33 Marstimer has a thermo-compensated and highly accurate quartz movement. The new caliber 5622 also contains all the previous functions from the X-33 Skywalker, like the mission elapsed time, phase elapsed times, alarms, and so on, as well as the new Mars functions. It’s also important to note that the new caliber 5622 is extremely accurate. The average deviation is 0.07 seconds per day at 23 degrees Celsius. Caliber 5622 comprises 111 components, plus 44 components for its electric module. That’s not too different from a mechanical three-hand watch.

As you might know, the X-33 has an incredibly loud alarm. It is 80dB at a distance of 10 centimeters. This is thanks to the implementation of a double case back. Don’t worry, the case back is sealed and keeps the watch water resistant, but there’s an additional layer for resonating the sound of the alarm. 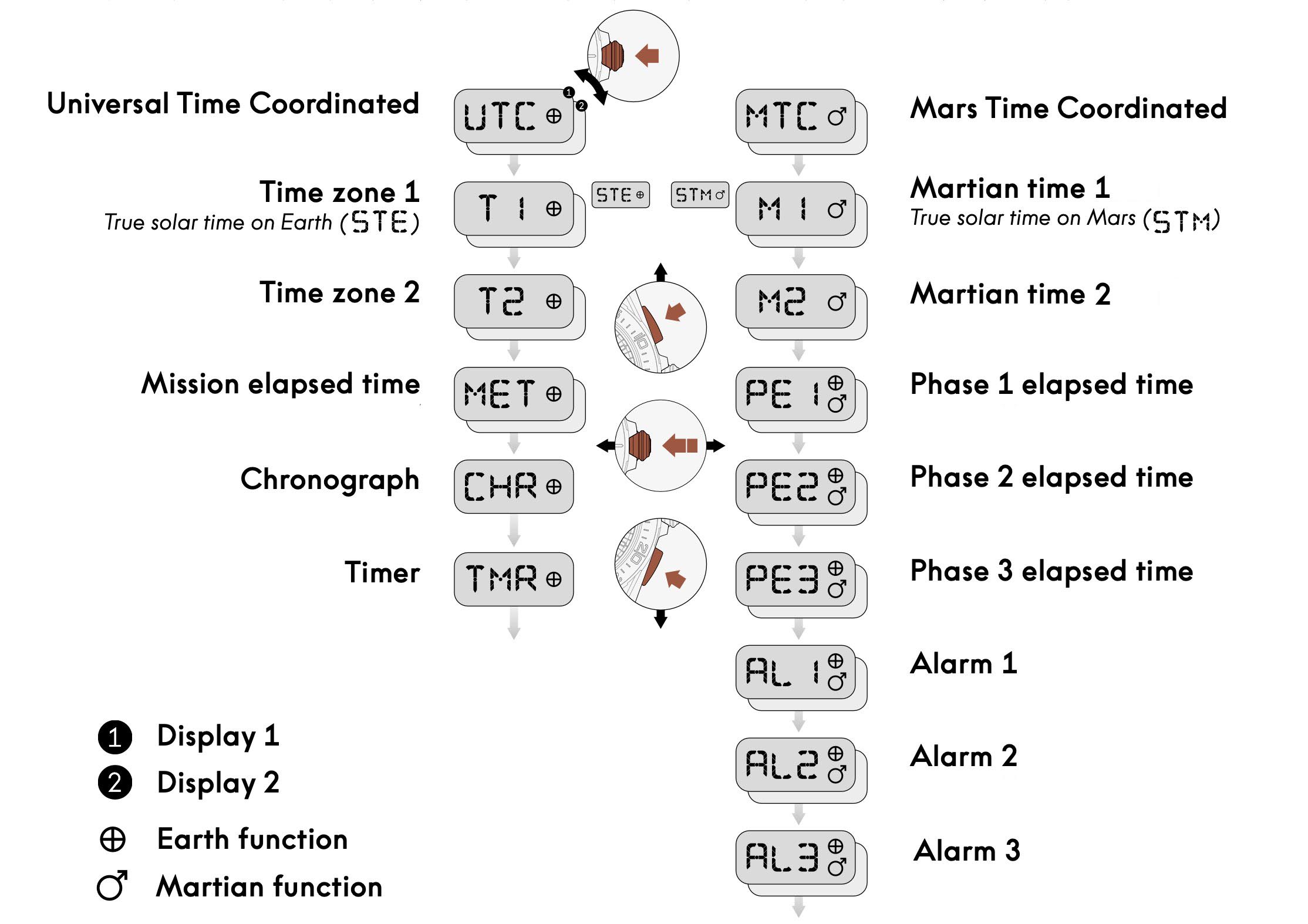 Functions include Mars Time Coordinated (MTC), Martian Time 1 (M1) and Martian Time 2 (M2), Universal Time Coordinated (UTC), two additional time zones for Earth (T1 and T2), three Phase Elapsed Times (PEx) for both Earth and Mars time, three alarms for both Earth and Mars time (ALx), a chronograph (CHR), and a timer (TMR). Another interesting feature is the solar compass, consisting of the True Solar Time Earth (STE) and True Solar Time Mars (STM). By pushing the crown, you can navigate through the functions of the Speedmaster X-33 Marstimer. The four pushers trigger different functions within a specific “program”. Switching between Earth time and Mars time is easy; just press and hold the crown for three seconds. A symbol on the dial will indicate whether it’s Earth time or Mars time.

Tested and qualified by ESA

This is a professional watch, meaning it’s for professional use and has a professional purpose. It’s more of an instrument, perhaps. You may wonder why a company could not have developed the Mars time functions for an existing smartwatch. That wouldn’t be impossible, but smartwatches need to be recharged often, especially when intensively used. The X-33, on the hand, will last for two years or even longer on a battery. Furthermore, it has been tested and qualified by ESA for use by astronauts under very specific circumstances. 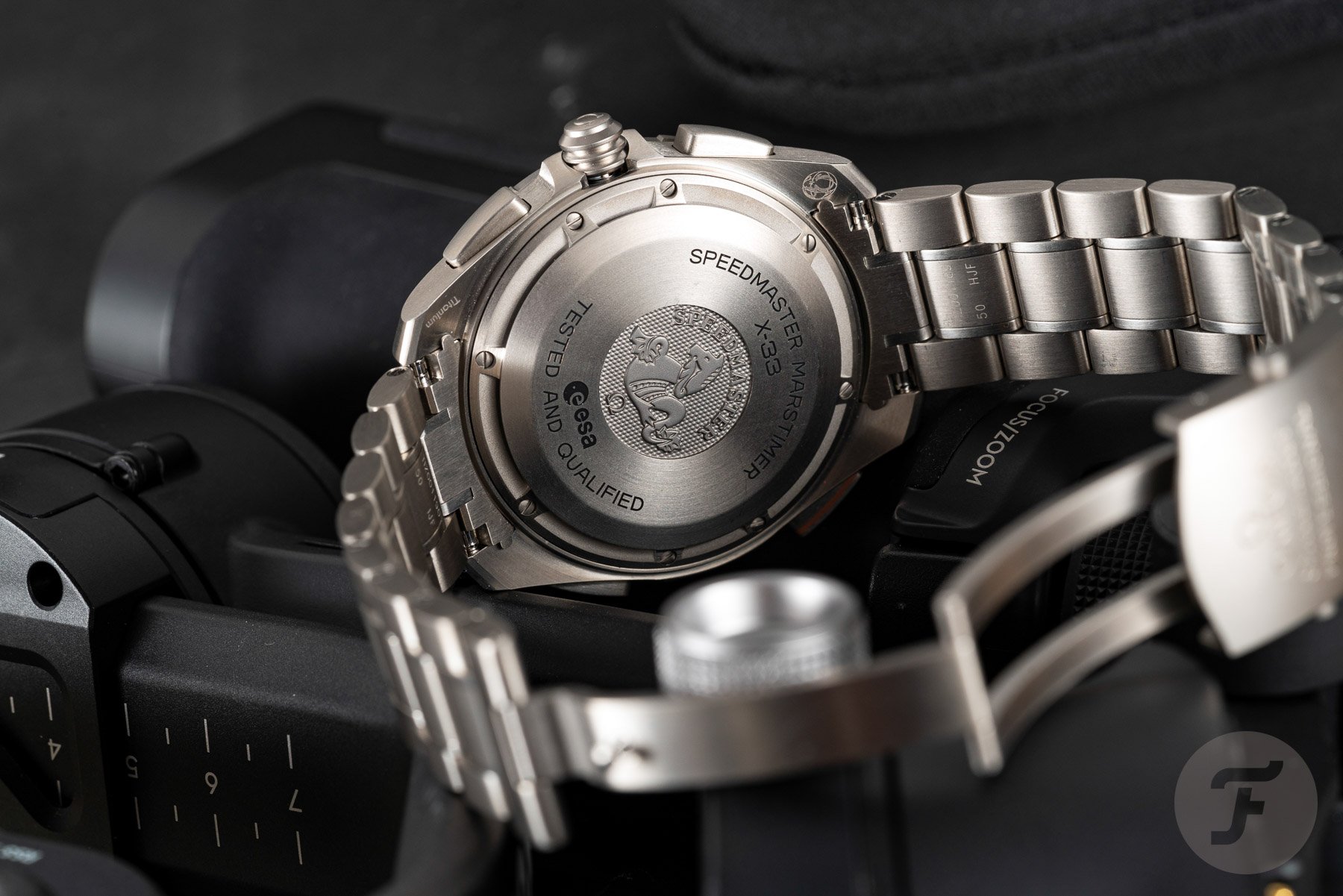 More specifically, ESTEC (ESA Testing Center) had its way with the watch for three months. The test procedure involved exposing the watches to acceleration, vibration (shake tests at different and random frequencies), temperatures, and other conditions that are expected during space missions. These were the same tests that ESA performed for the 2014 X-33 Skywalker, which was also qualified by the Agency.

Because radiation is one of the biggest issues in space for astronauts, Omega worked with the French Aerospace Laboratory, ONERA. This way, Omega was able to expose the Speedmaster X-33 Marstimer to the same levels of radiation found on board the International Space Station, on the Moon, and on Mars. For reference, the total amount of radiation the watch faced (3 Gy) is similar to ten years on board the ISS. 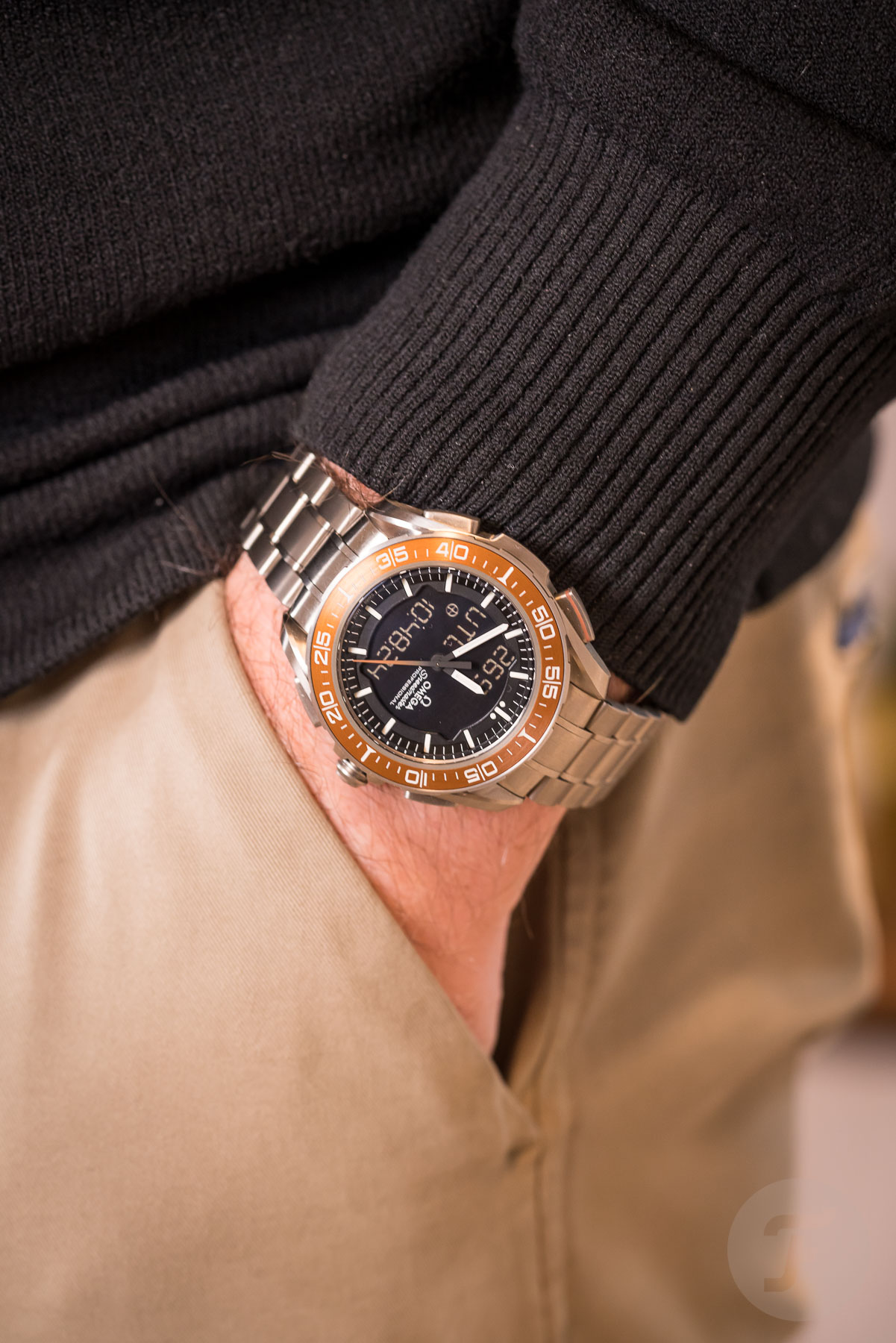 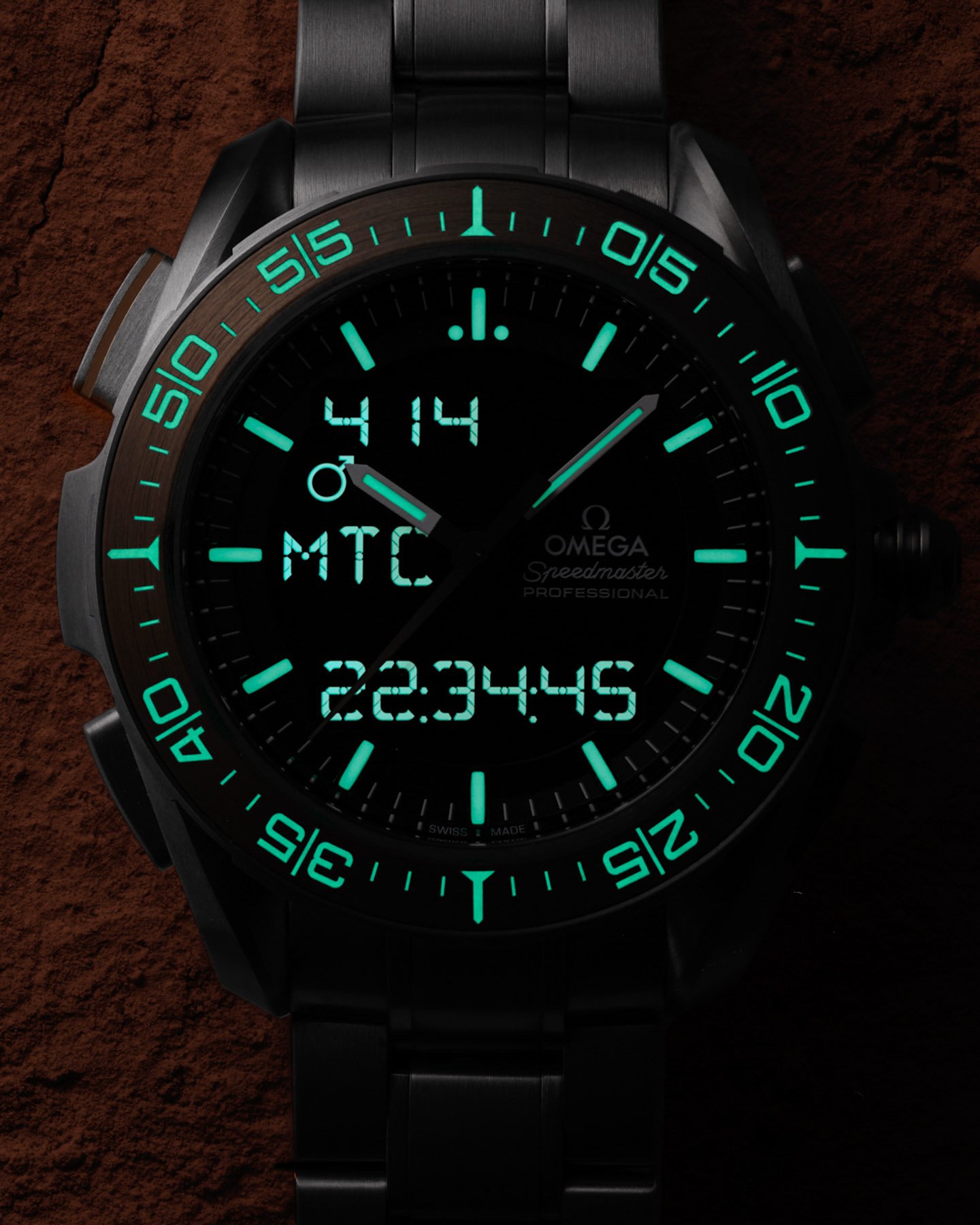 For Omega CEO Raynald Aeschlimann, producing the Marstimer was a no-brainer. “Anyone interested in space, or even science fiction, is obsessed with Mars. It has generated so much curiosity, so many incredible stories. We have even created a name for its imaginary inhabitants. It’s so close yet so far. We long to walk across its surface. To be here on Earth and able to track its movements, gives the term timepiece a whole new meaning. I’m thrilled with this new addition to the famous Speedmaster family.”

The Speedmaster X-33 Marstimer comes with a watch pouch with red hematite stitching. The lining of the pouch is a reproduction of Hebes Chasma, a unique steep-sided canyon on the surface of Mars. 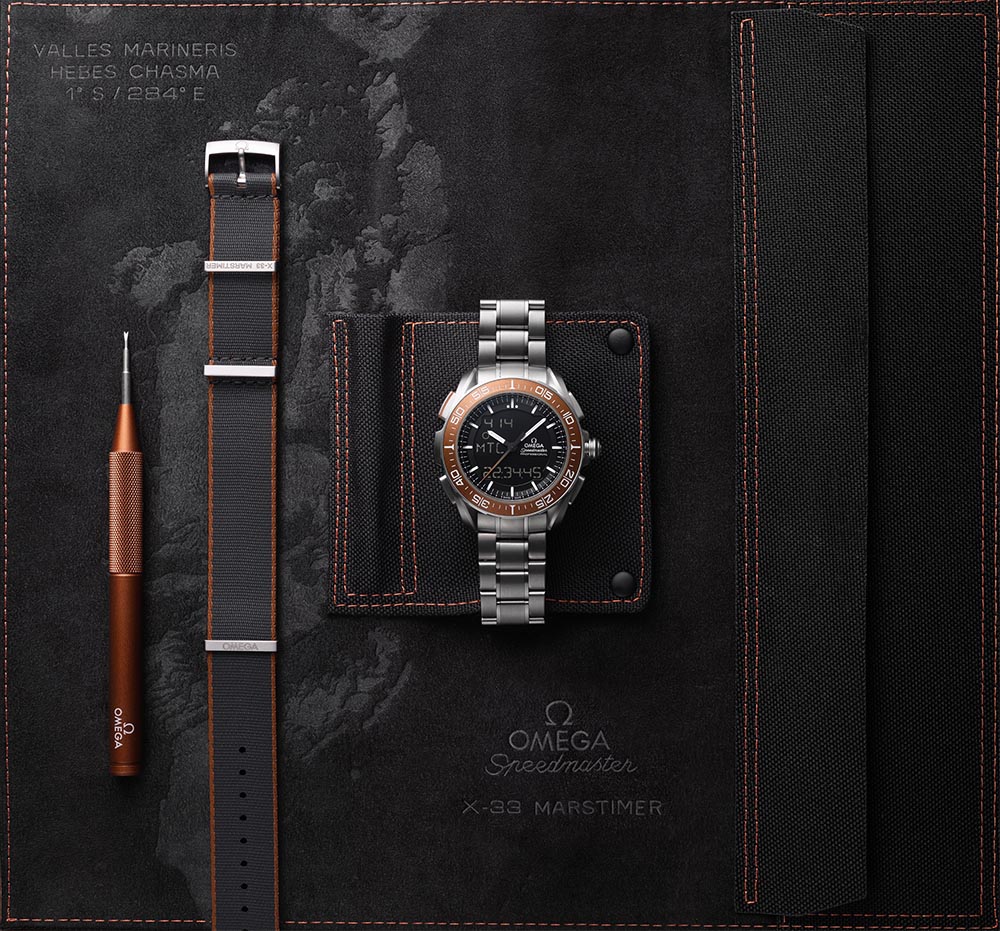