I was recently brushing up on my knowledge and understanding of chronographs when the news popped up: Yema is releasing new color variants of its popular Rallygraf Meca-Quartz. This super-vintage-inspired chronograph now comes in five color variations and is powered by the Seiko VK64 movement. Being a meca-quartz watch means it will be rather affordable and easy to wear. Indeed, it retails for €369 and has a case diameter of 39mm. But more on that later!

I recently wrote about Yema’s Navygraf Chrono, which utilizes the iconic Valjoux 7750 caliber. Fratello has also published several articles about the French brand in the past few years, including an interesting faceoff between two Yema chronographs in 2021’s adrenaline-packed The Fast And The Fratelli series (see the link further down.) Yema is super active on the drawing board as well, constantly reimagining and revisiting its collections. This includes the Rallygraf Meca-Quartz. 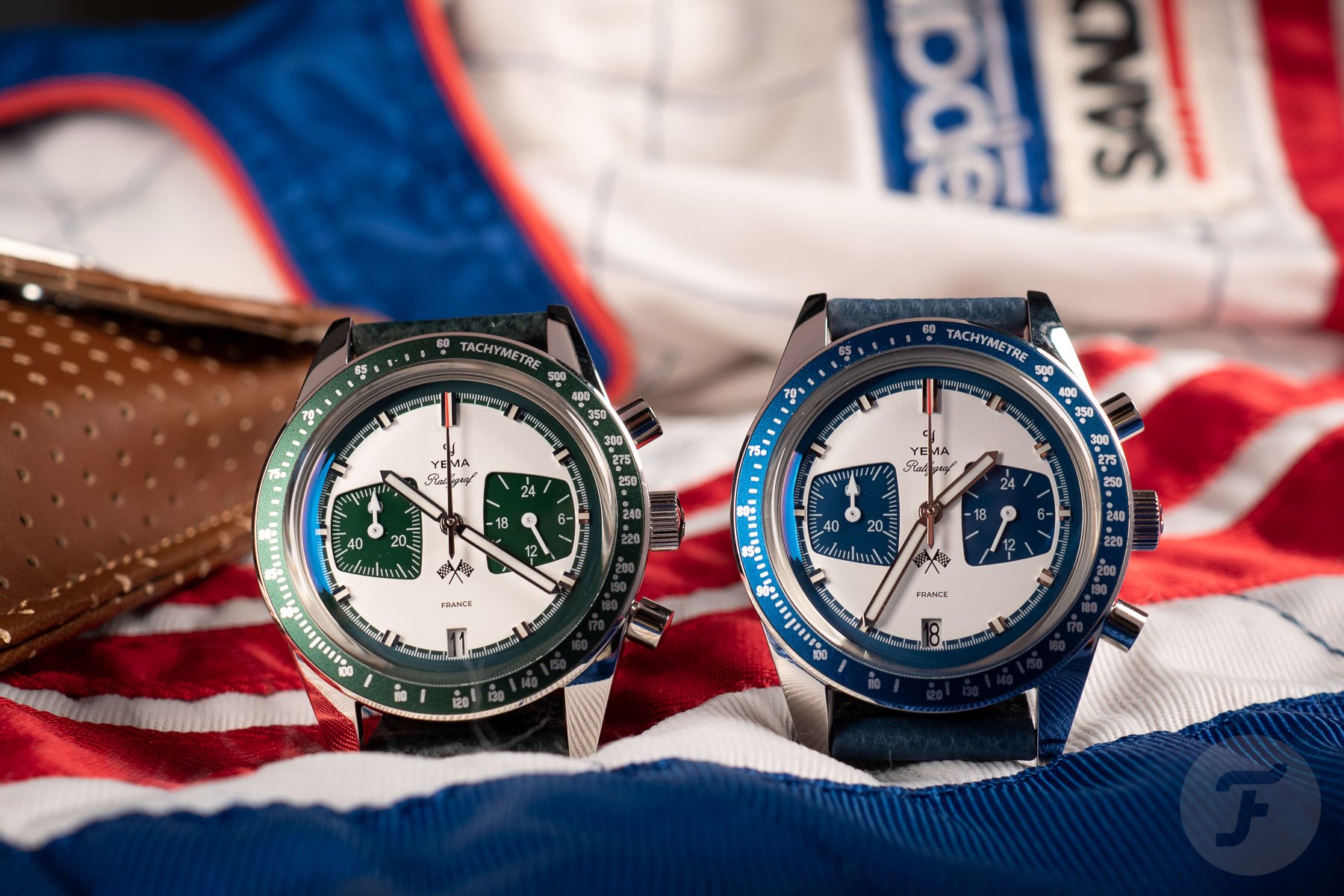 Yema has had a long-standing tradition of making racing-inspired chronographs. The Rallygraf (aka Rallye) collection debuted in 1966 and was solely made for the world of car racing. The famous driver Mario Andretti was known for wearing one, and Yema even released a limited edition of it a few years ago. The meca-quartz Rallygraf has been an affordable favorite among fans of racing chronographs for a few years now as well. The dials of these versions, even with their new colors, maintain the traditional design language that the brand is known for.

In other words, the dial design is inspired by the onboard instruments of vintage race cars. This can be seen in the semi-trapezoidal, semi-ovular sub-dials at 3 and 9 o’clock. The racing inspiration can also be detected in the twin-flag logo beneath the pinion and the tachymeter scale on the fixed bezel insert. To complement the package, these new Rallygraf Meca-Quartz variants come on a rally leather strap or a mesh bracelet. The former should certainly resonate with many racing-chronograph aficionados and collectors. 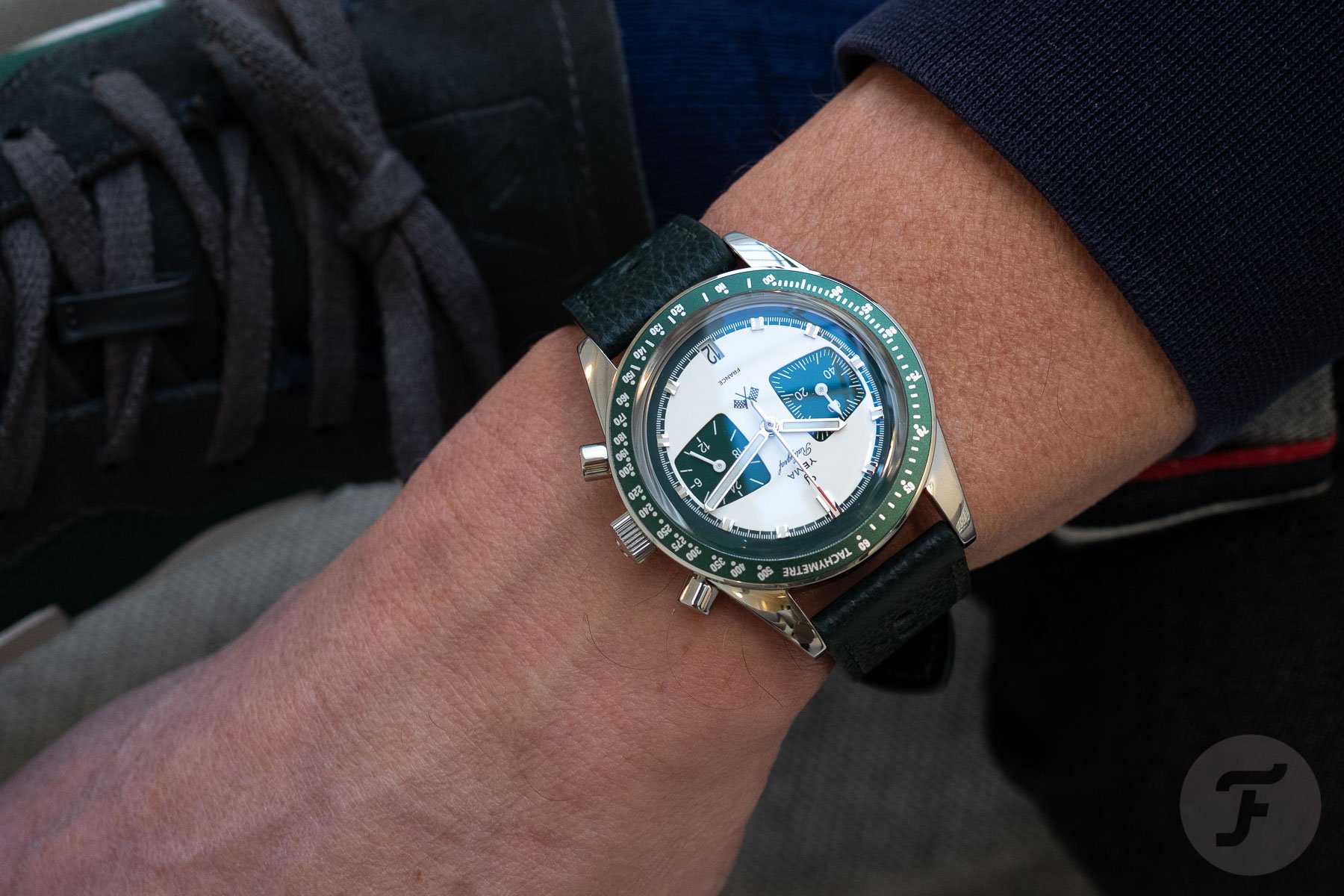 Great specs for your money

Being equipped with a meca-quartz movement means this Rallygraf has a few advantages. First, it’s affordable and accurate thanks to its combination of quartz and mechanical technologies. Meca-quartz movements utilize a quartz oscillator for timekeeping, while the chronograph aspect is mechanical. This means the chronograph hand has a relatively smooth sweep across the dial. Second, the watch is reliable and worry-free insofar as the battery hasn’t run out. The battery has an estimated lifespan of two years, and even when it does run out, you’ll only need to spend a few bucks to replace it.

Other noteworthy specifications include reasonable dimensions and a solid build. The Rallygraf has a 39mm case diameter, a 48mm lug-to-lug, an 11mm thickness, and a 20mm lug spacing. The robustness comes not only from the movement but also from the aluminum bezel insert and the crystal. The latter is a 2mm-thick piece of double-domed K1 mineral, a sort of in-between between mineral and sapphire crystals. In other words, it’s quite strong and scratch-resistant. 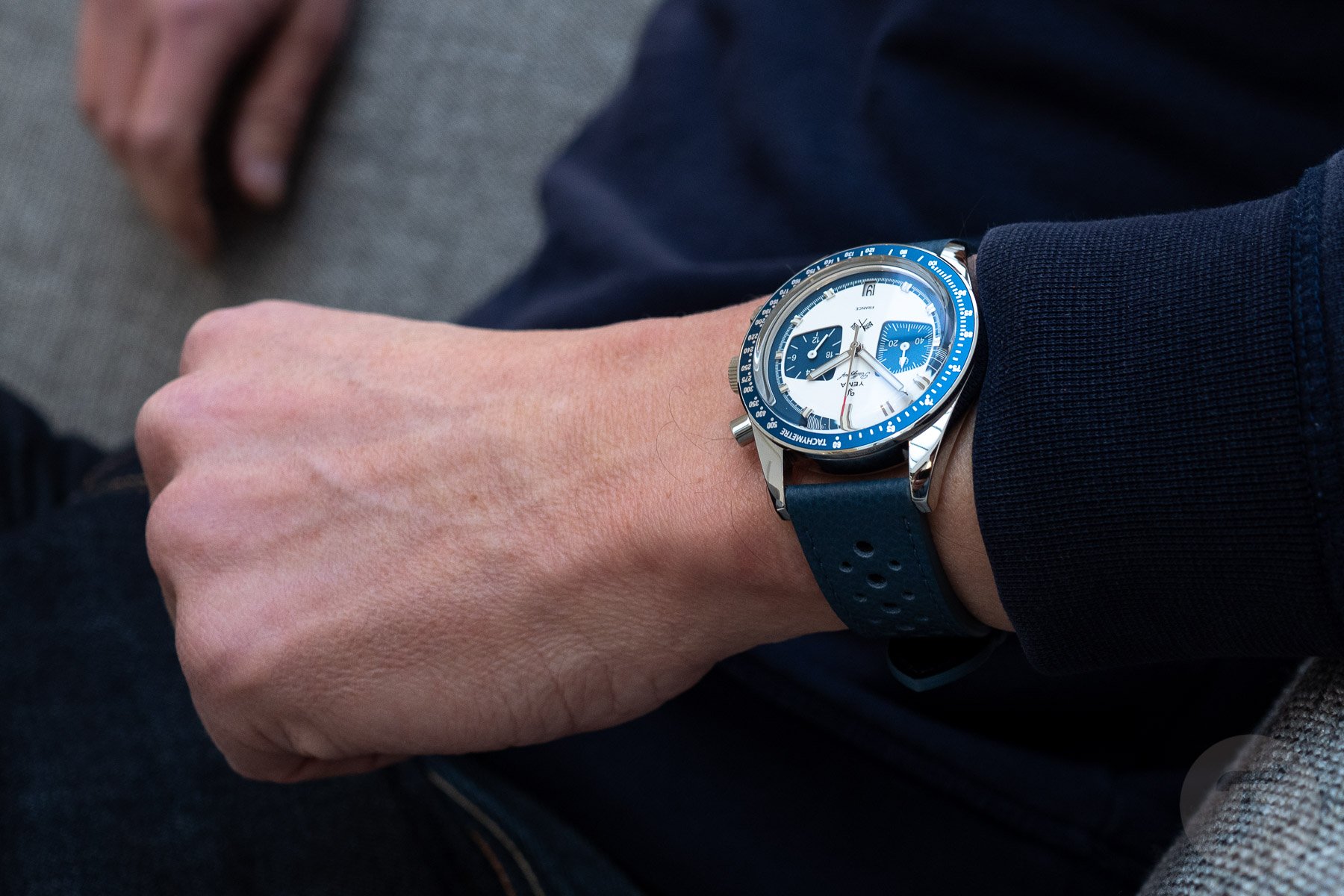 The Rallygraf Meca-Quartz comes with a push-pull crown and a water-resistance rating of 100 meters, making it a nice everyday timepiece if you are into this design. Lastly, the watch features a decent application of Super-LumiNova BGW9 on the hands and applied markers. 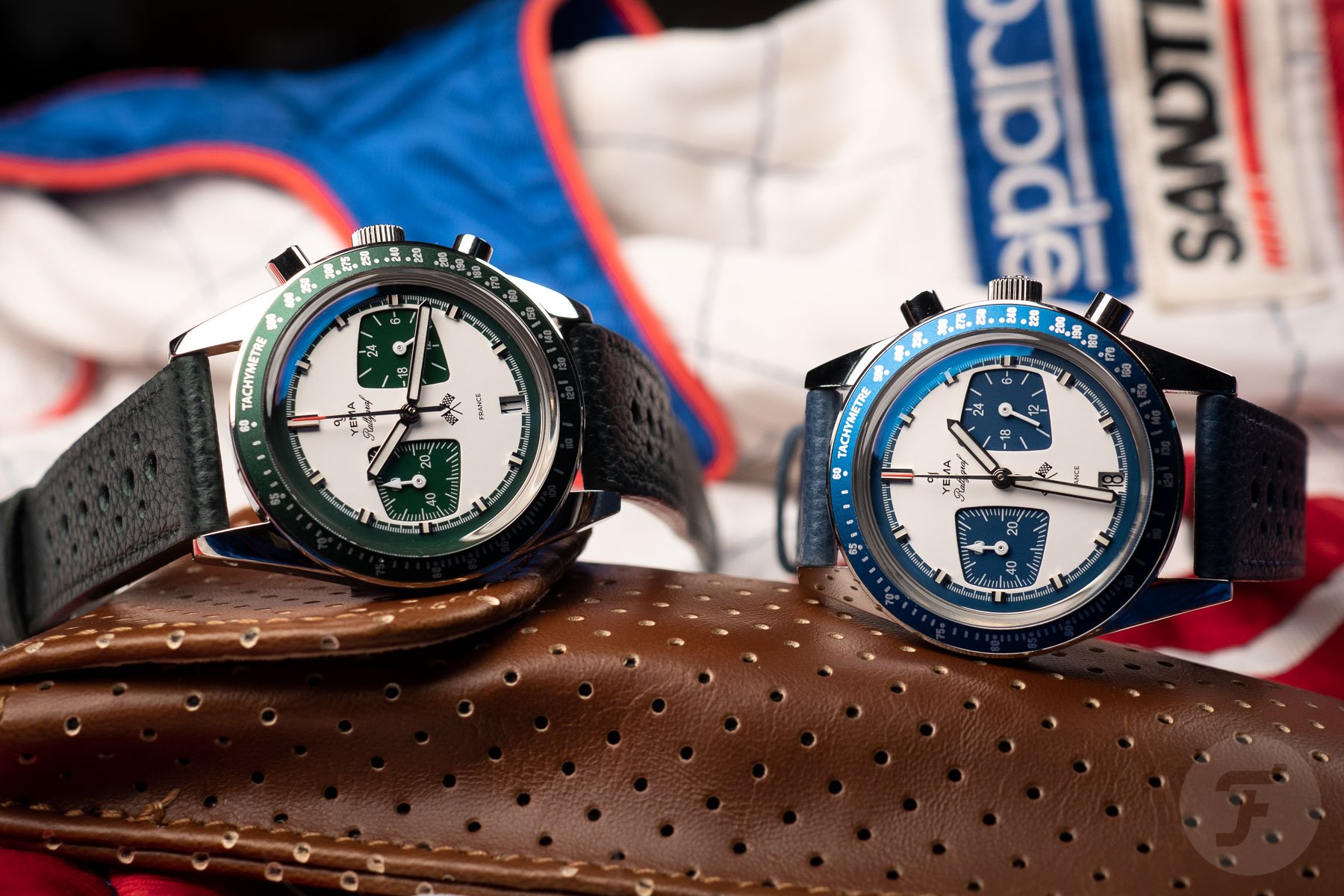 I find it exciting to see Yema expanding its meca-quartz Rallygraf line with new colors while following the brand’s distinct design language. Coming in at €369 and available from the 31st of January at 4:00 PM (CET), the Rallygraf has a lot to offer for those into this genre of watches. As mentioned above, the watch comes in five dial configurations/colors — green/white, blue/white, red/white, panda, and reverse panda.

For more information, please check out the Yema website.