What is the most functional complication out there? No, let me rephrase, no, re-word that. What is the most FUNctional complication out there? Allow me to answer that. I think the mechanical alarm is a strong contender. Yes, the GMT would be my first choice for the most practical complication. But alas, there’s very little fun to be found in a watch with a second timezone. On the other hand, an alarm watch — and one with a timer function, especially — is both practical because it tells you when the pasta is ready and fun because it does so with a charming vibration. The buzzing new Jaeger-LeCoultre Master Control Memovox Timer in rose gold is equally charming and practical. And its new colorway looks both nostalgic and contemporary. How is that even possible?

Just a quick reminder regarding the Memovox. The first one was launched by Jaeger-LeCoultre in 1950. At the time, it was an incredibly practical watch because there was no such thing as digital parking apps back in those analog days. No, you just had to put coins in for a certain period, and having a watch that told you it was time to either move the car or fill the meter up again was most handy. The Memovox saw many iterations during its life. After it lost its instrumental function with the appearance of quartz watches that could grab your attention with a pre-programmed “beep”, it became an object of mechanical admiration.

… the Reverso is JLC’s flagship, but the Memovox is the mechanical purist’s watch of choice.

Nowadays, the Memovox is a bit of a JLC legend. Sure, the Reverso is JLC’s flagship, but the Memovox is the mechanical purist’s watch of choice. These connoisseurs value the fact that every Memovox is made in the brand’s complications atelier. 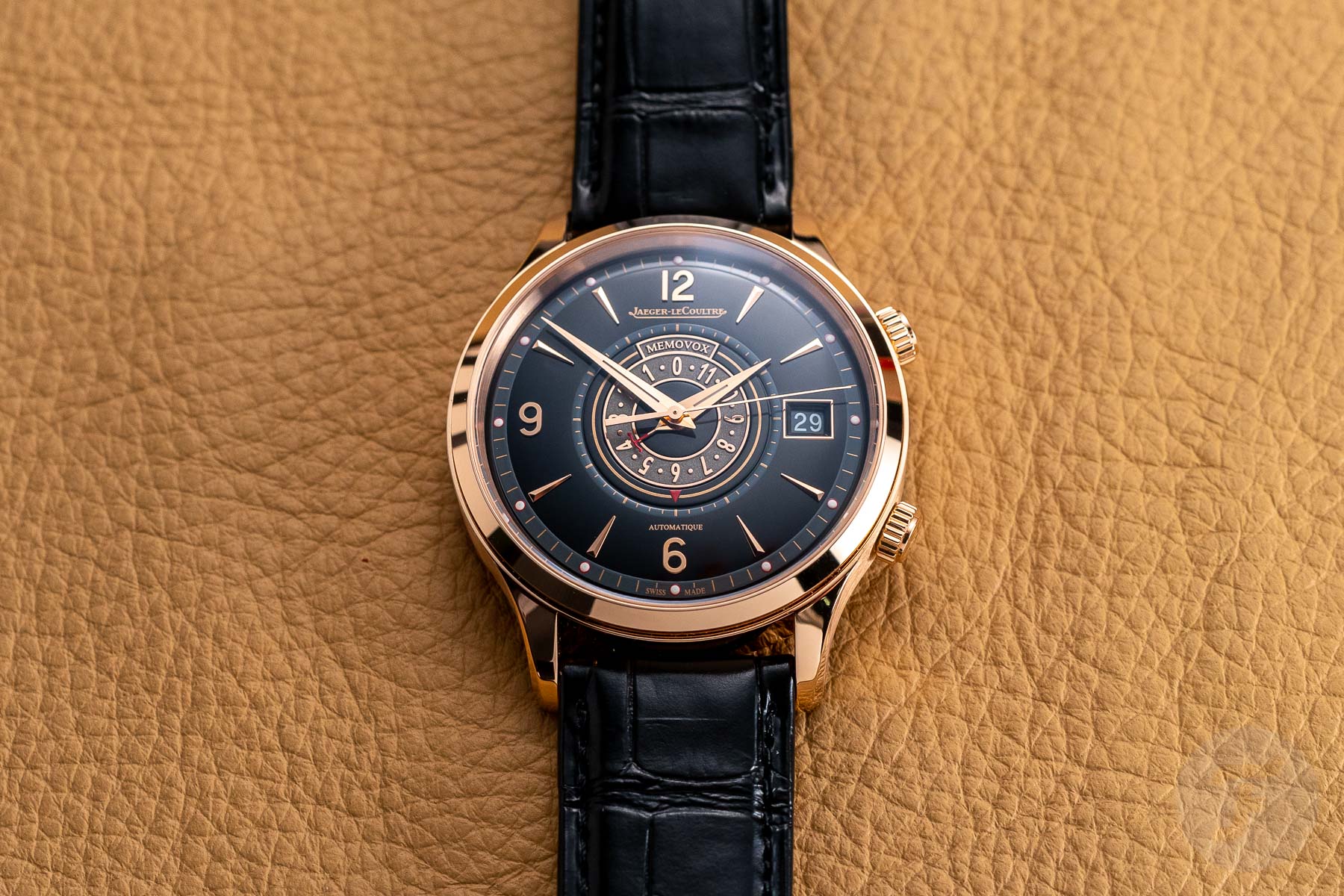 Two years ago, the watchmakers responsible for complicated movements at JLC came up with an entirely new alarm-setting mechanism in the new caliber 956. The automatic movement, in a first for the line, was placed behind a sapphire case back inside a steel Memovox Timer with a blue dial. That model is out of production now, but it’s highly sought-after by collectors. That’s probably why JLC came up with a new version of the watch. This time, it’s in a 40 × 12.39mm pink gold case with a similar dial layout as the first execution but in two-tone gray and black. I got the chance to see, feel, and touch it during Watches And Wonders. During a hectic watch salon, fiddling around with an alarm watch sure is a relaxing experience. The vibrating alarm doesn’t annoy you like its digital counterpart. On the contrary, the soft vibrating buzz has a calming effect. 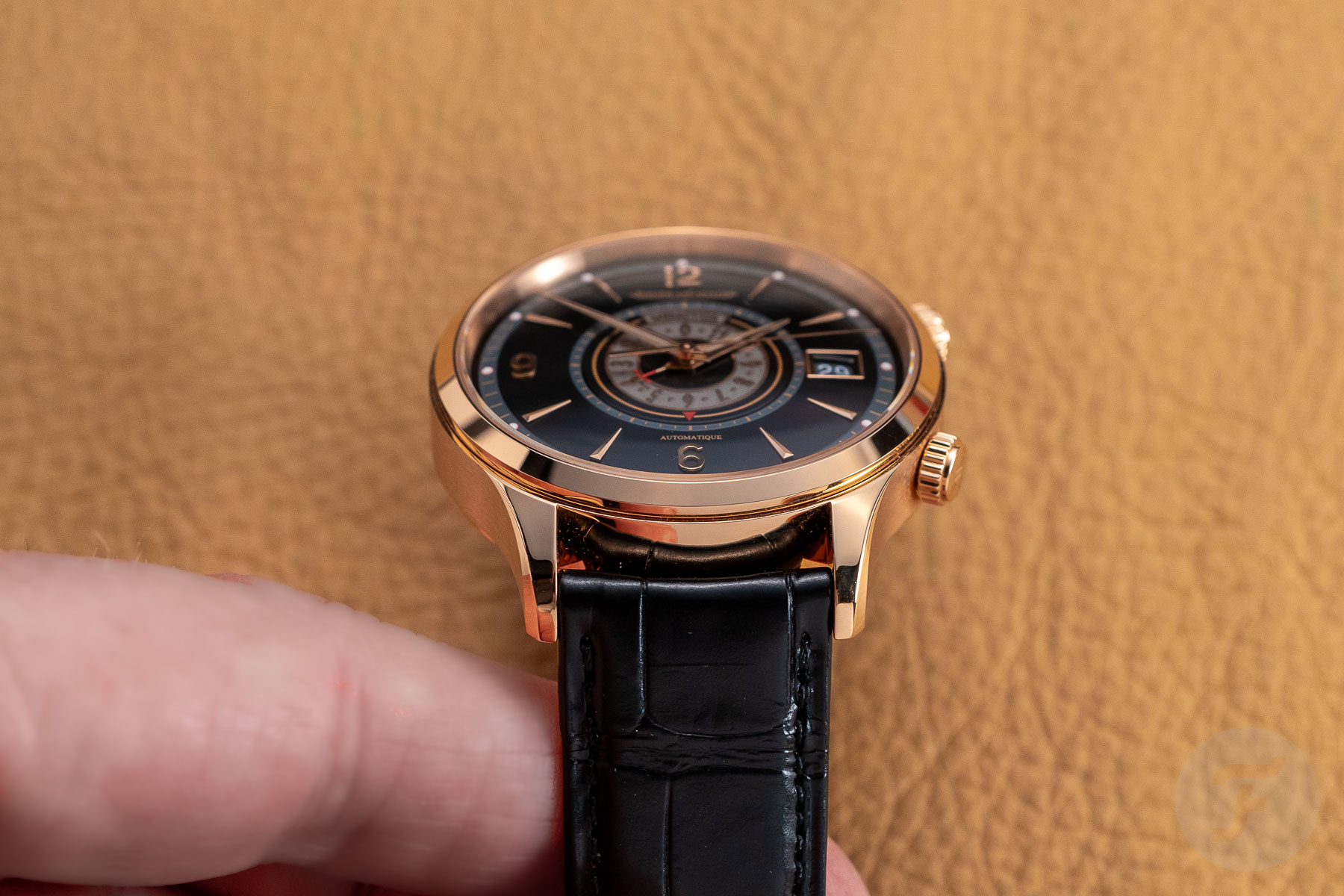 So much to see and play with

Apart from being a fantastic horological “toy”, the Jaeger-LeCoultre Master Control Memovox Timer is also a functional instrument. You want the Zoom call to last twenty minutes max? Just set the alarm on your Memovox Timer, and it will discretely inform you when the time is up. And while you’re waiting for the twenty minutes to go by, why not have a look at the watch’s sloping bezel, curved lugs, and mix of polished and satin-brushed surfaces? And when you’re done with that, you can always point your attention to the dial. The black and gray concentric rings on the dial encircle a stunning silver sunray central dsic to get lost in. And there are also luxurious gilt numerals and hour-markers — the most nostalgic elements apart from the 1950s alarm function. 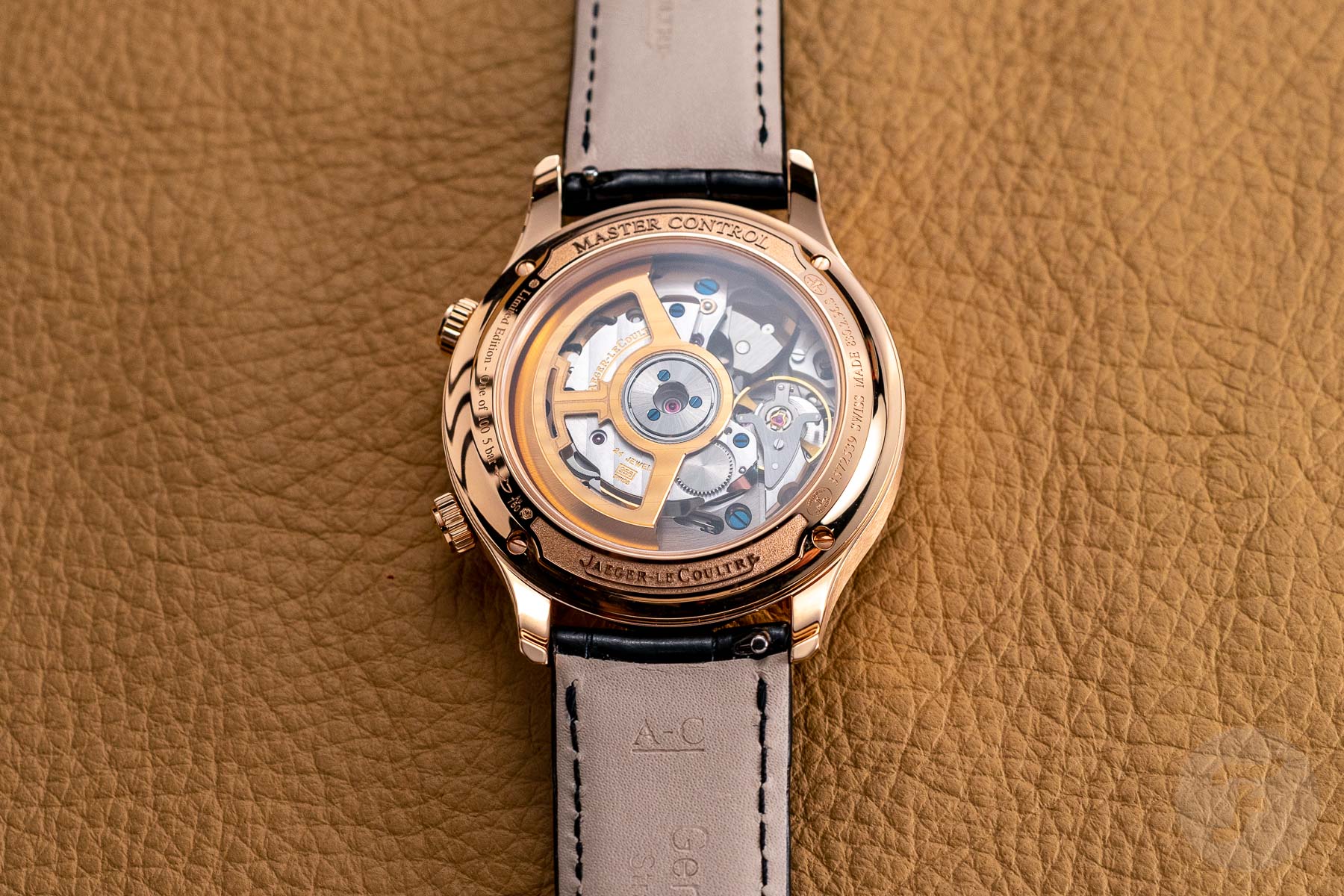 You can see the alarm

Still in the meeting? Okay. Well, just take off the watch and discretely have a look at the thoroughly revised self-winding caliber 956 behind the sapphire glass. Because now that there’s a see-through back, you can see the open-worked pink gold rotor decorated with Côtes de Genève that matches the finishing on the movement plate. More importantly, though, the re-designed striking mechanism with the gong is now visible through the case back. Now you won’t just hear the alarm go off in classic “mini school bell” style, but you can actually see it working its magic. It’s a veritable Haute Horlogerie spectacle that won’t disappoint. But in the end, I may have to disappoint you after all. And that’s because the new Master Control Memovox Timer in pink gold is limited to just 100 pieces and the price is €35,100. How badly do you still want to see and hear the alarm? 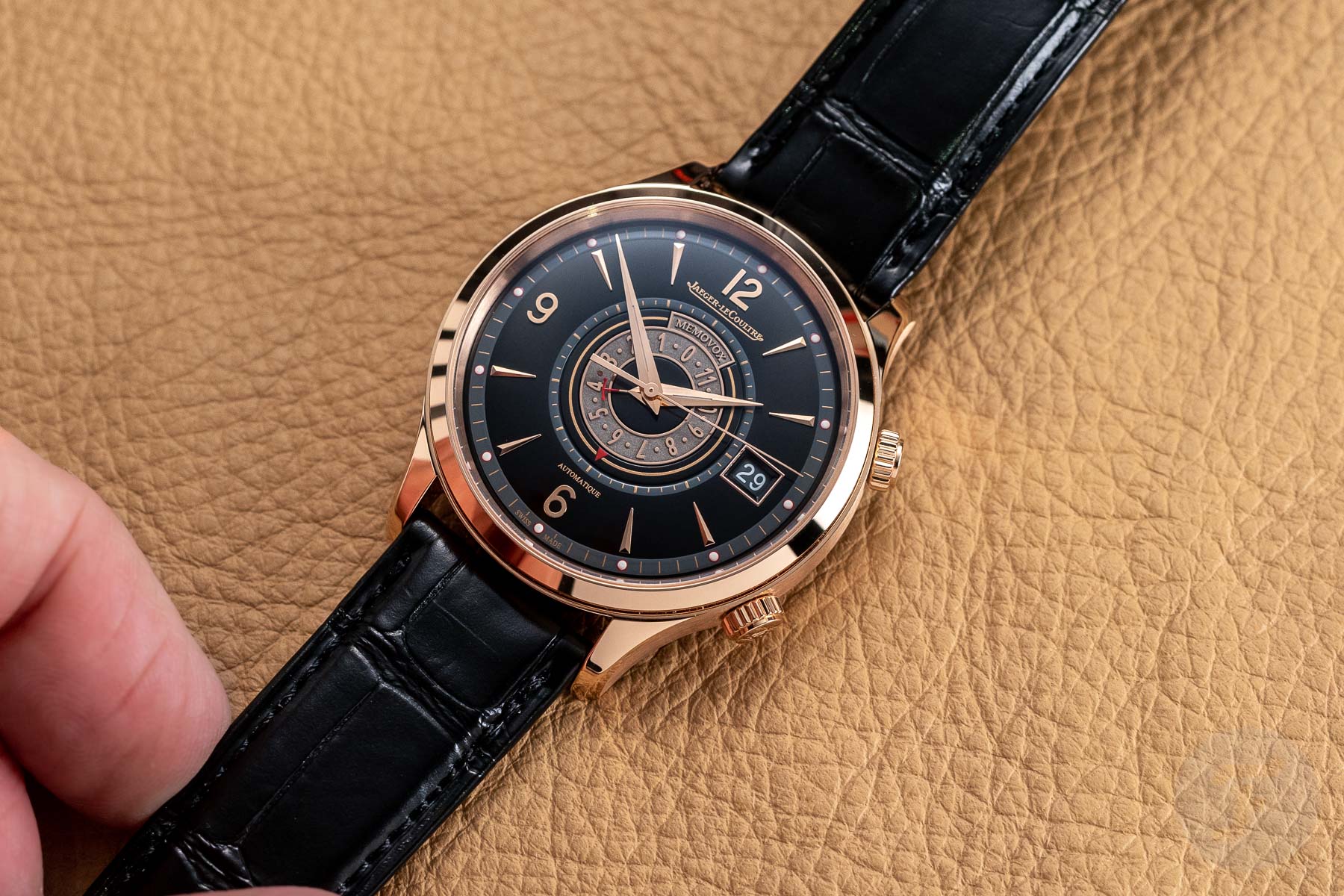 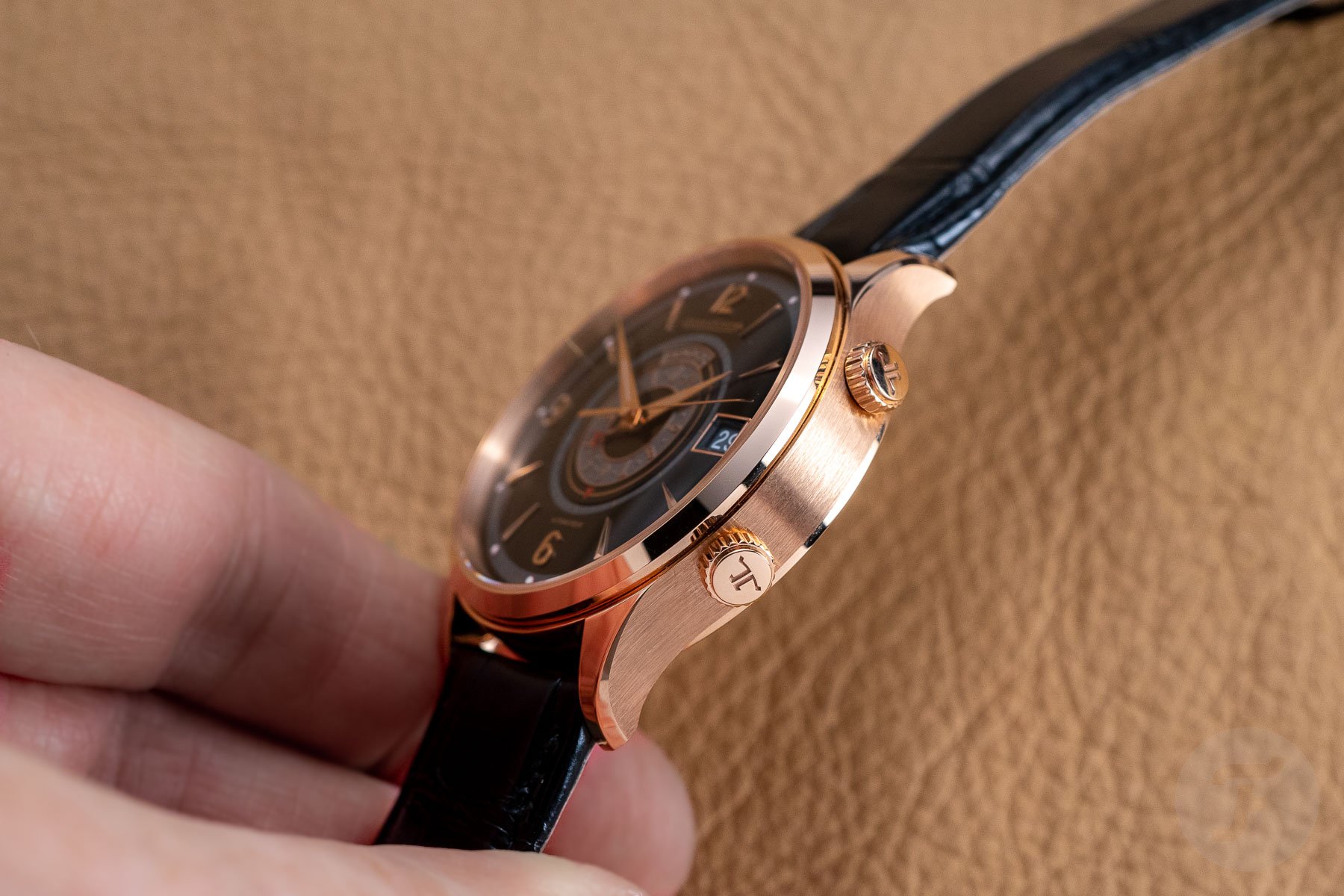 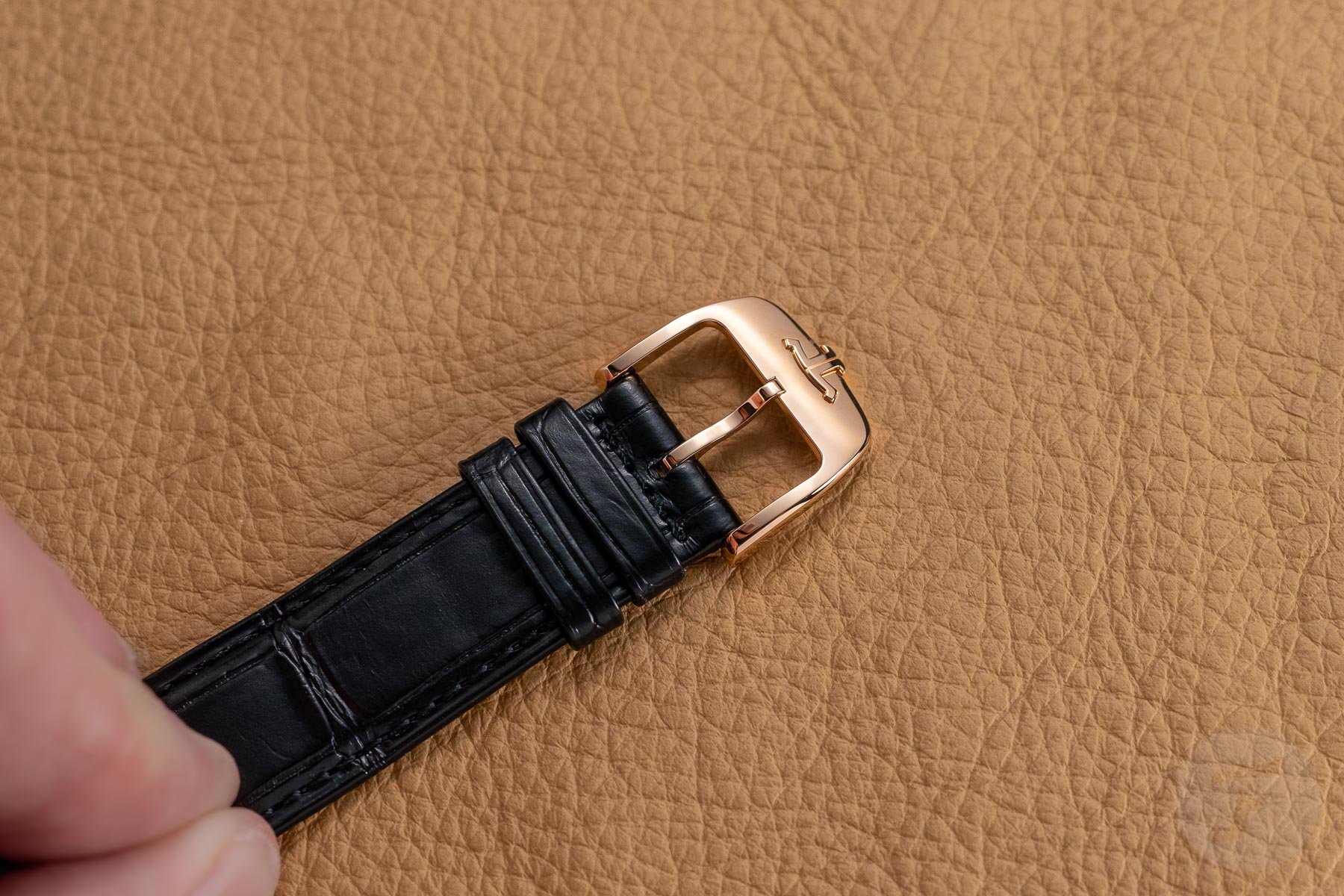 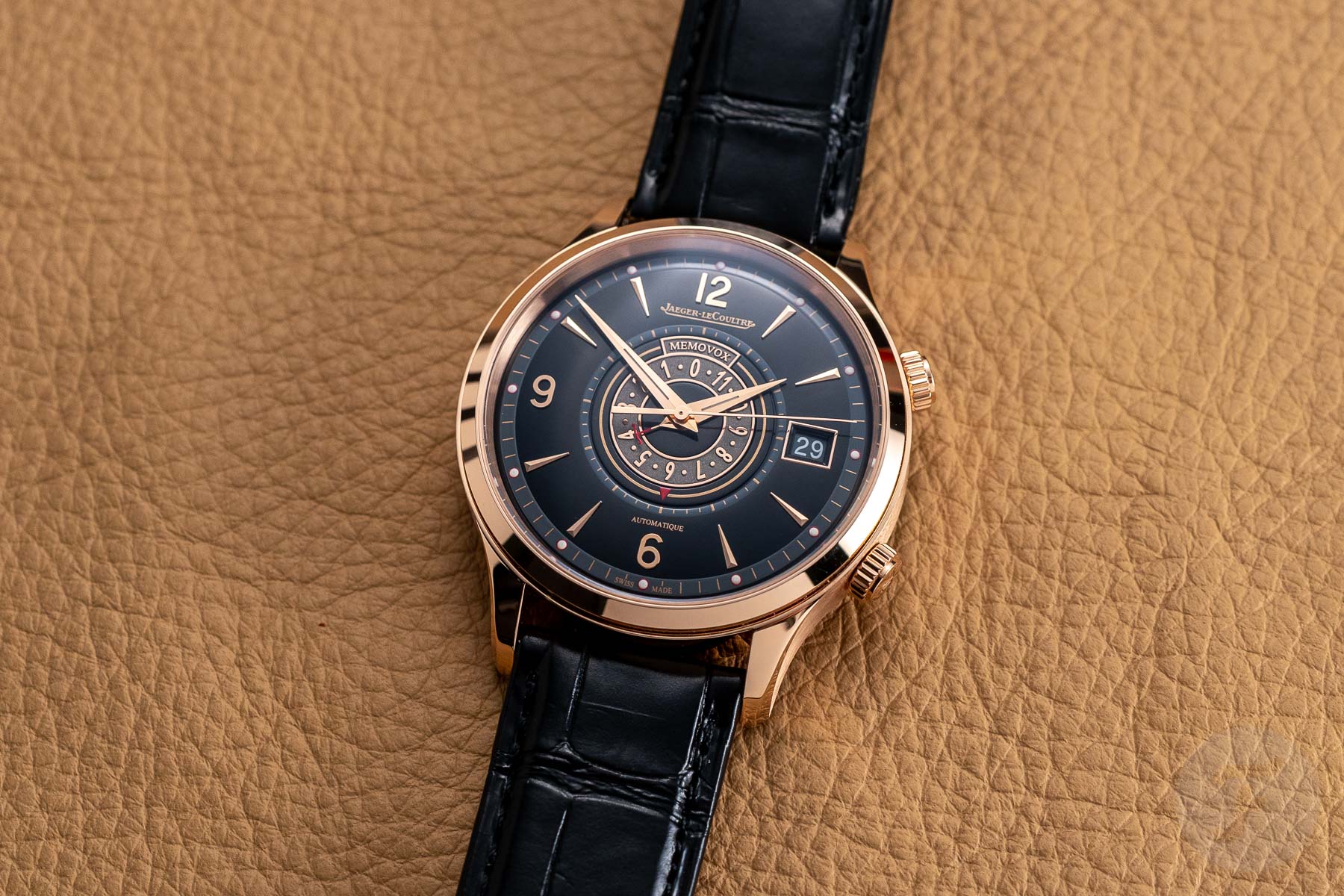 You can find more information about the Master Control Memovox Timer on Jaeger-LeCoultre’s official website.

Hot Topics
Introducing: The Omega Speedmaster Super Racing With Spirate System
165 comments
Design Vs. Specs — Which Is More Important To You When Buying A Watch?
87 comments
New Release: The Limited-Edition Seiko Prospex SLA067J1 Diver
63 comments
My Predictions For New Omega Speedmasters In 2023
58 comments
The Best Independent/Microbrand Alternatives To The Rolex Explorer In 2023
52 comments
Popular
#TBT A Vintage Seiko Buyer’s Guide to Affordable Goodness
Michael Stockton
32
Why Are There No Stainless Steel Rolex Watches Available?
Robert-Jan Broer
121
Oris Classic Date Or Save Up For an Omega De Ville Prestige?
Robert-Jan Broer
17