Jolly Roger, a Special Edition of the Luminox US Navy SEALs watch

At Fratello Watches we have a clear preference for mechanical watches. However once in a while we, and it might seem that it’s mainly me, come across a quartz watch which attracts attention. This time, about a week ago, I got noticed of a very limited edition of an already special Luminox watch model.

Let me explain. Luminox’ are Swiss Made watches and equipped with a unique self-powered illumination system. This unique light technology (LLT) ensures an at-a-glance visibility, no matter what the conditions are. Different to other luminous materials, it doesn’t need external light to be ‘charged’ and to glow.

Further, Luminox is the official supplier of watches to the US Navy SEALs. The Luminox Navy SEAL watch is the timepiece that made Luminox famous. In 1993 the Assistant RDT&E Officer for the Navy SEALs, Nick North, was asked to seek a more dependable watch for night missions and found the solution when he discovered Luminox. He then worked with them to develop a watch specifically for the Navy SEALs, which resulted in the Luminox Original Navy SEAL 3000 model. A long time relationship was born. 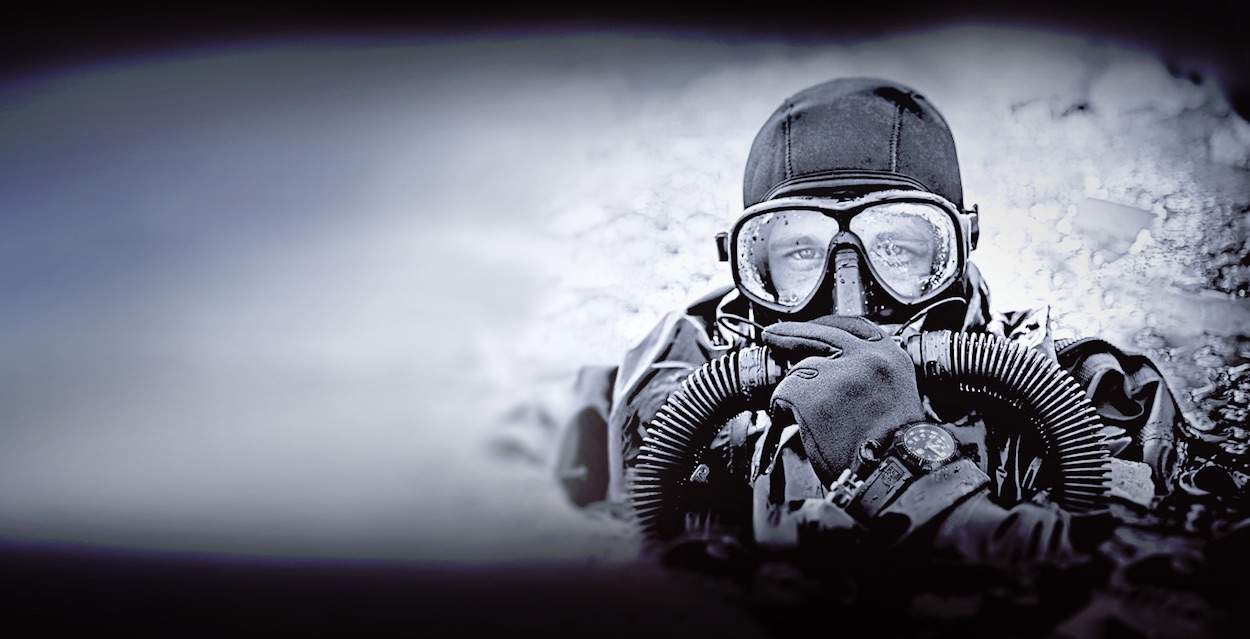 20 years later the SEALs approached Luminox again, and this time the No. 3051 was the only model to pass all their rigorous tests. The result was that it became A.N.U. (Authorized for Navy Use) and is provided to new graduates of the BUD/S training.

Derived from the No. 3051 is the special 3051.BO edition – BO for Black Out. This model lacks any contrasting printing and just shows the luminous tubes on the hands and indexes in the dial, as well as a luminous dot in the rotating diving bezel. For the rest the watch is all black, casing, dial, numerals, strap, everything. One might imagine that in this way it’s even less noticeable to others/opponents in dim and dark conditions.

So far so good, and probably interesting as such already. However what I came across was this special edition of the 3051.BO, named the ‘Jolly Roger’. As most of you probably know, Jolly Roger is the nick name of the well known scull and bones image. It was used by fearless pirates as their flag, said to impress their opponents and to give them the knowledge that there was no way to get away, other then to surrender or to die. 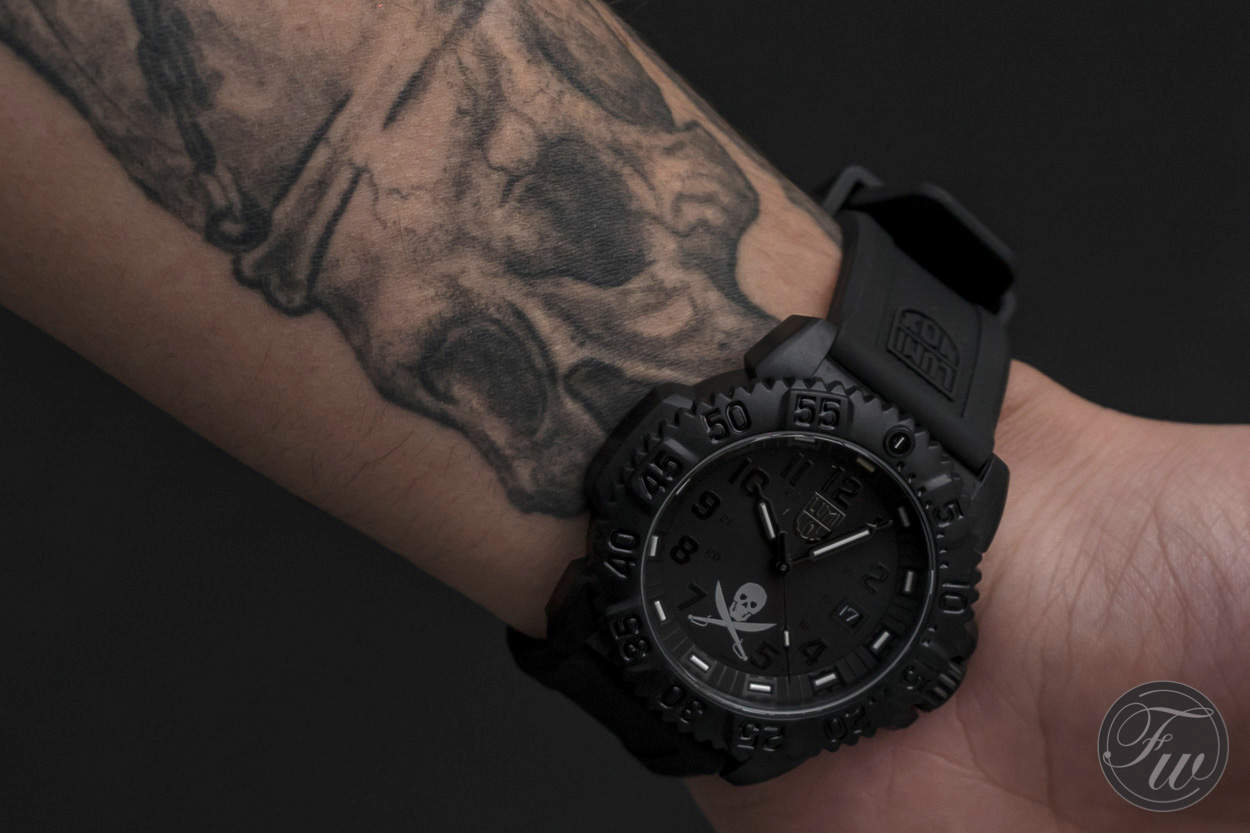 With this message in mind the scull and bones Jolly Roger image is adapted by some units of armed and special forces. Again, for their opponents not to misunderstand their mission. 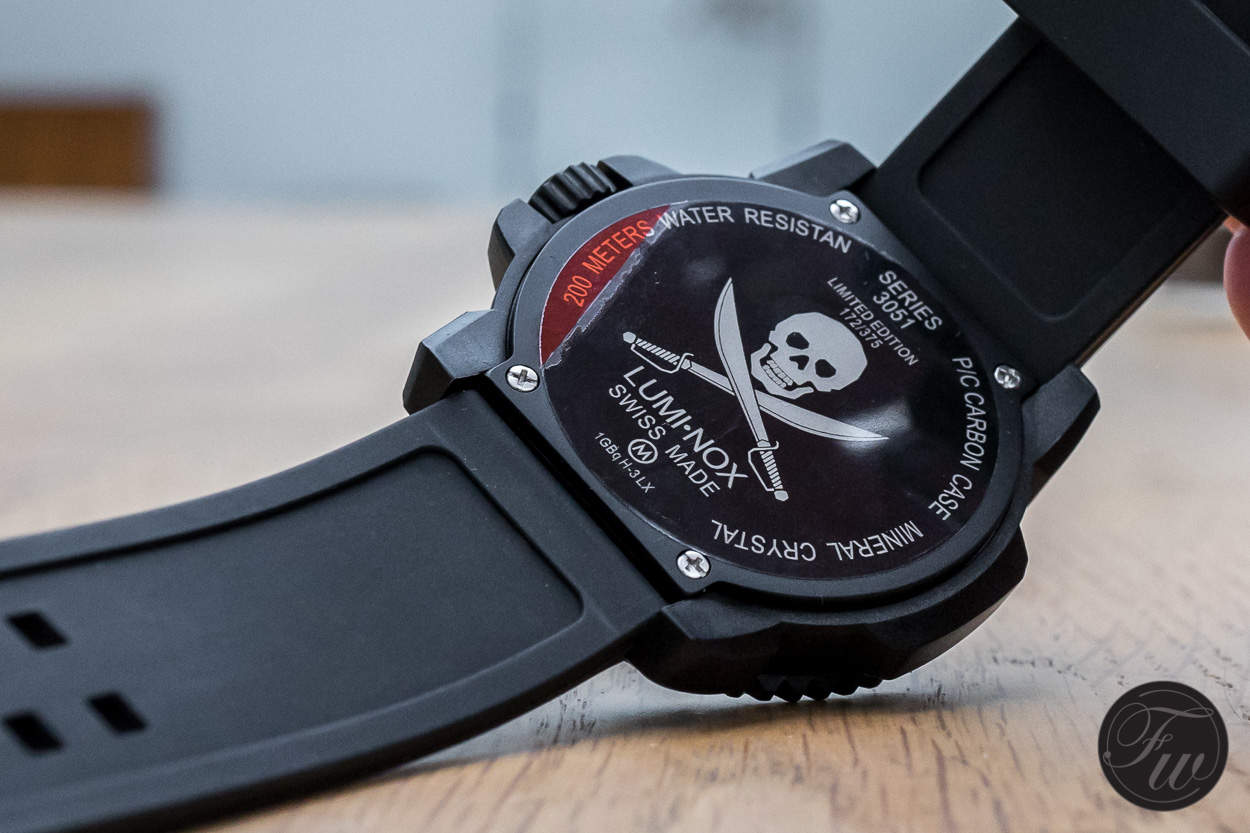 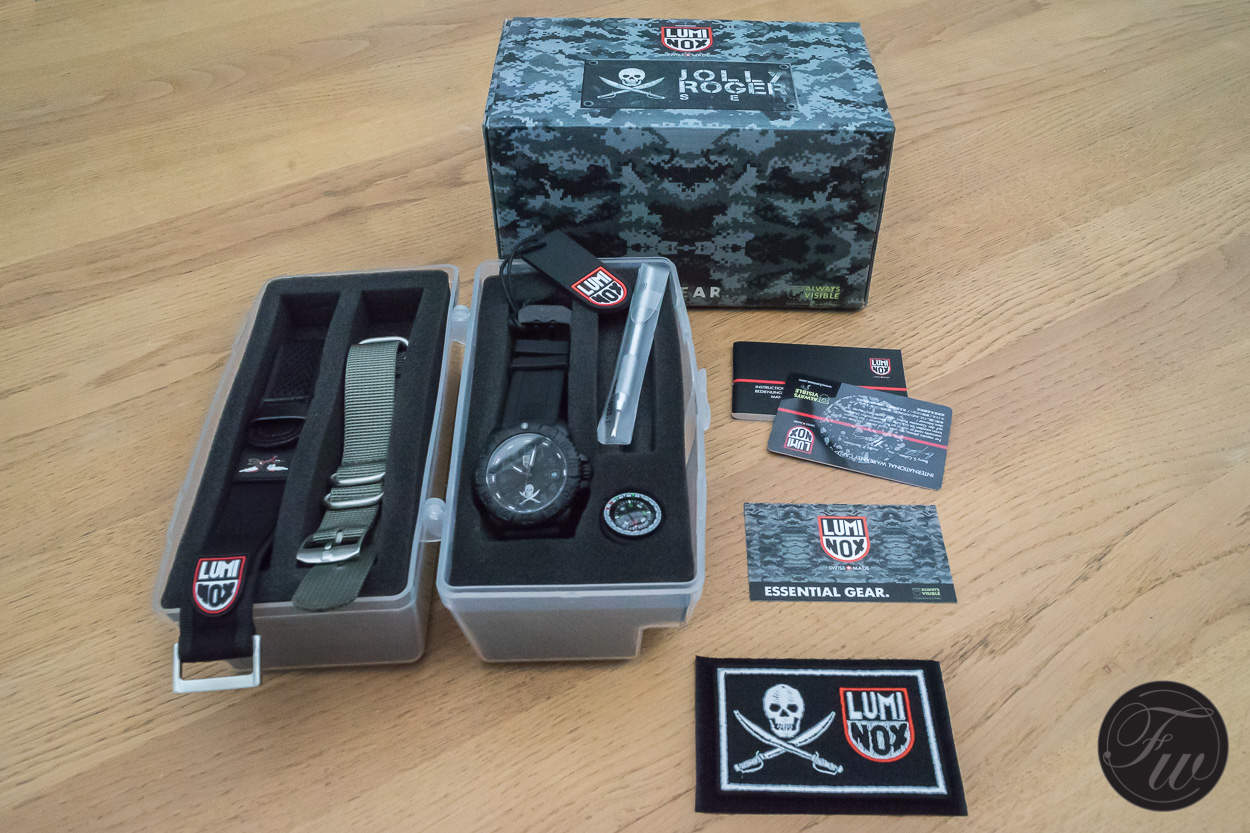 The 3051.BO Joly Roger watch is made of a carbon/pc composite material and measures 44mm in diameter. It has a case back with screws and a crown with double security gasket; the pressure rating is 20 bar (200m). A uni-directional diving bezel is fitted. 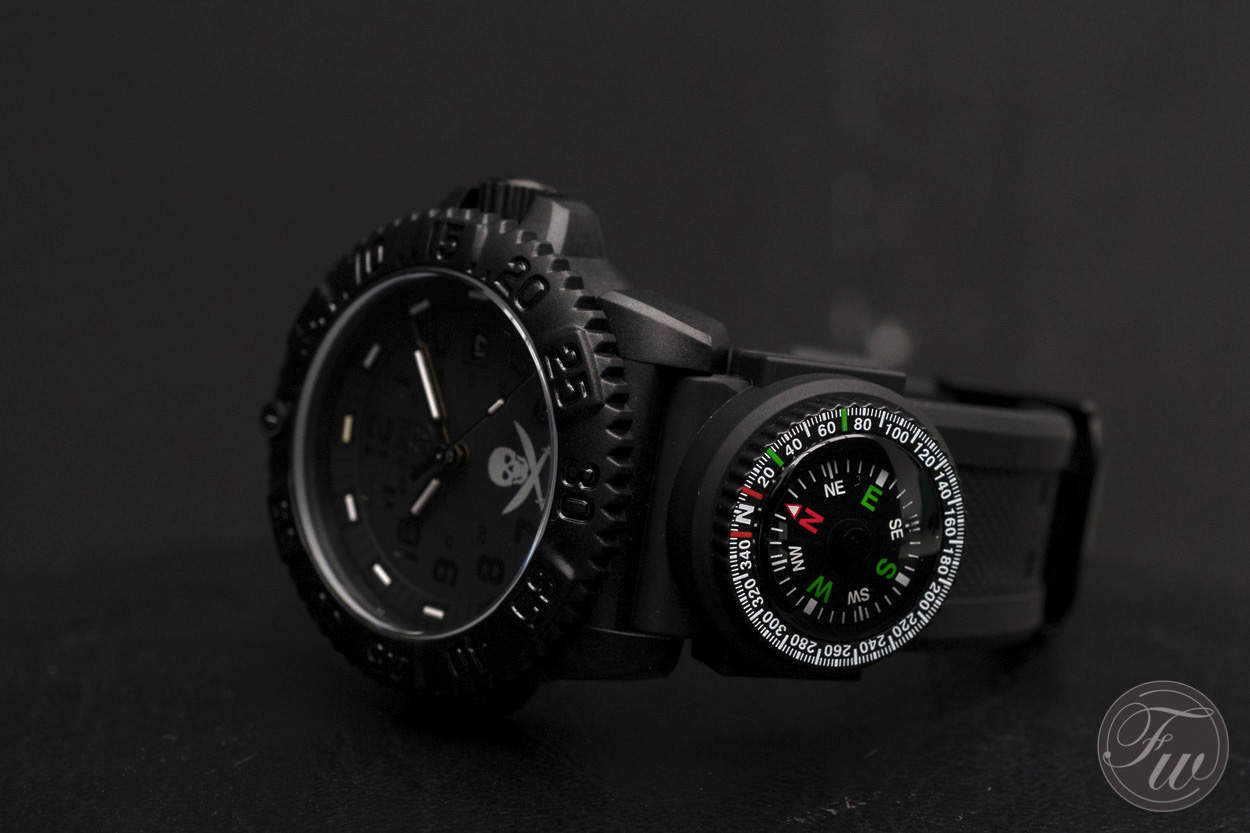 This special and complete Jolly Roger set is with its price tag of approx € 400,= only slightly higher in price than the standard 3051.BO watch-only model, and therefore a very interesting buy in my opinion. At least I couldn’t withstand to snap one 😉

More information can be found via Luminox on-line. 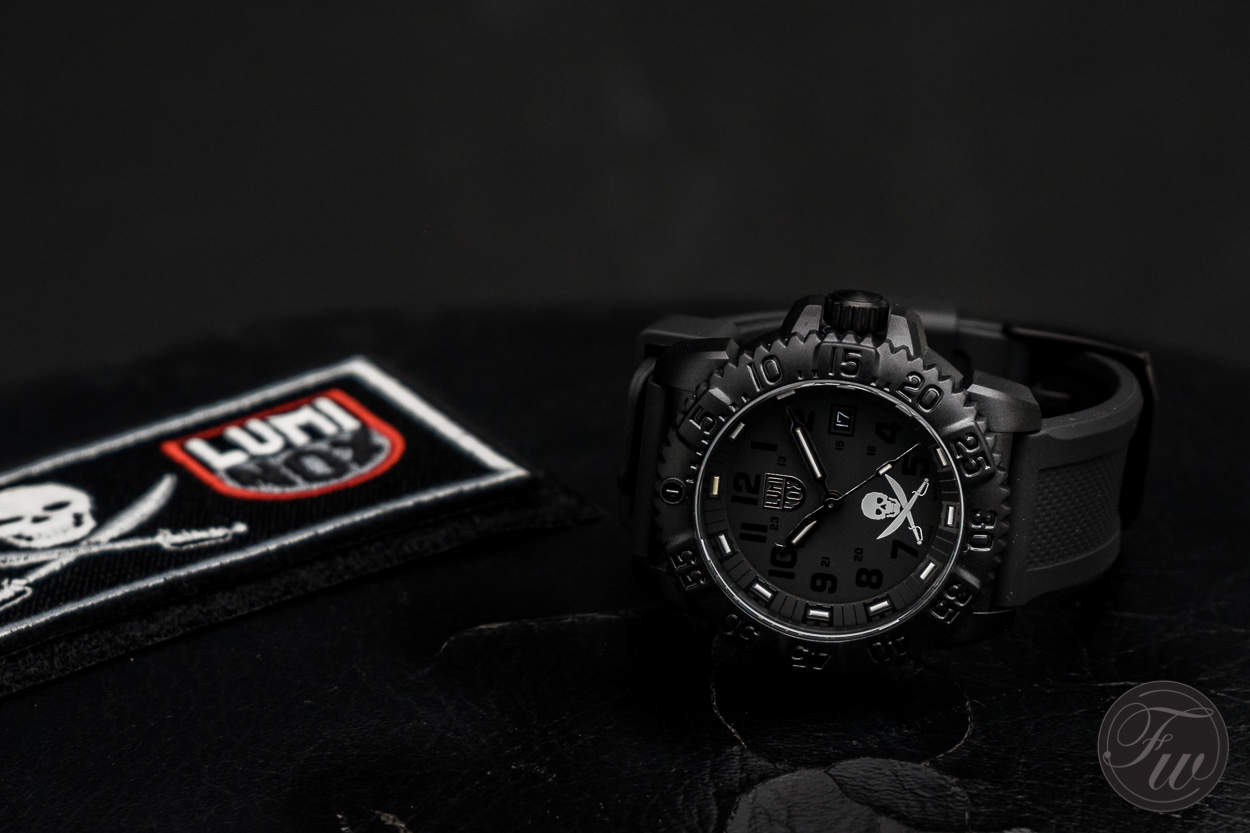