Tribute To The Sixties – The Klokers KLOK-08

Klokers needs little introduction. We’ve been playing with the Klokers KLOK-01 watch a while ago (which you can read here), and it is a very fun watch to wear. Original from a design standpoint as well, as our own Teun ‘Toon’ van Heerebeek discussed (here).

Today, we show you the new Klokers KLOK-08. According to them, this new version has been inspired by the  spirit of the 1960’s. Now, I am from the late 1970’s, so I can’t talk from experience, but from what I’ve heard it must have been pretty wild. Especially compared to the more conservative decades before. People felt liberated, music changed (the world), fashion changed (more freedom), technology became more important (mankind made it to the Moon) etc. 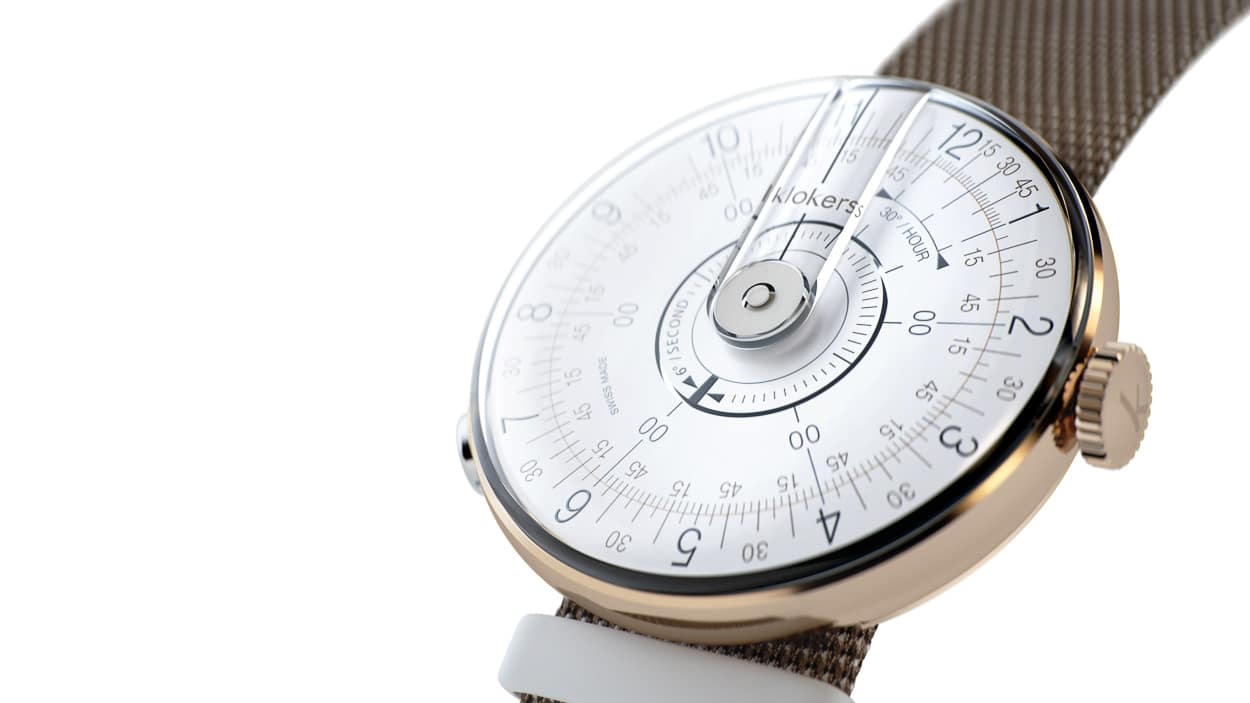 Now, you might think that ‘inspired by the 1960’s’ means that this watch is based on the design of watches in that decade, but that is not the case. It remains to be the Klokers KLOK case, with the rotating discs to indicate the time and the patented fixing system on the backside to easily swap straps. The dials do have a link to the sixties, mainly dominated by the use of specific color schemes (more later). No, the main inspiration is because of the freedom how to use and wear this Klokers KLOK-08 watch using the various straps, bracelet and other methods (desk clock, clip). Besides that, this watch is also meant as a unisex piece (where I guess most ladies will pick the white and pink gold combination on a KWEL strap). This 39mm diameter Klokers KLOK-08 is very suitable for most wrists, men and women. 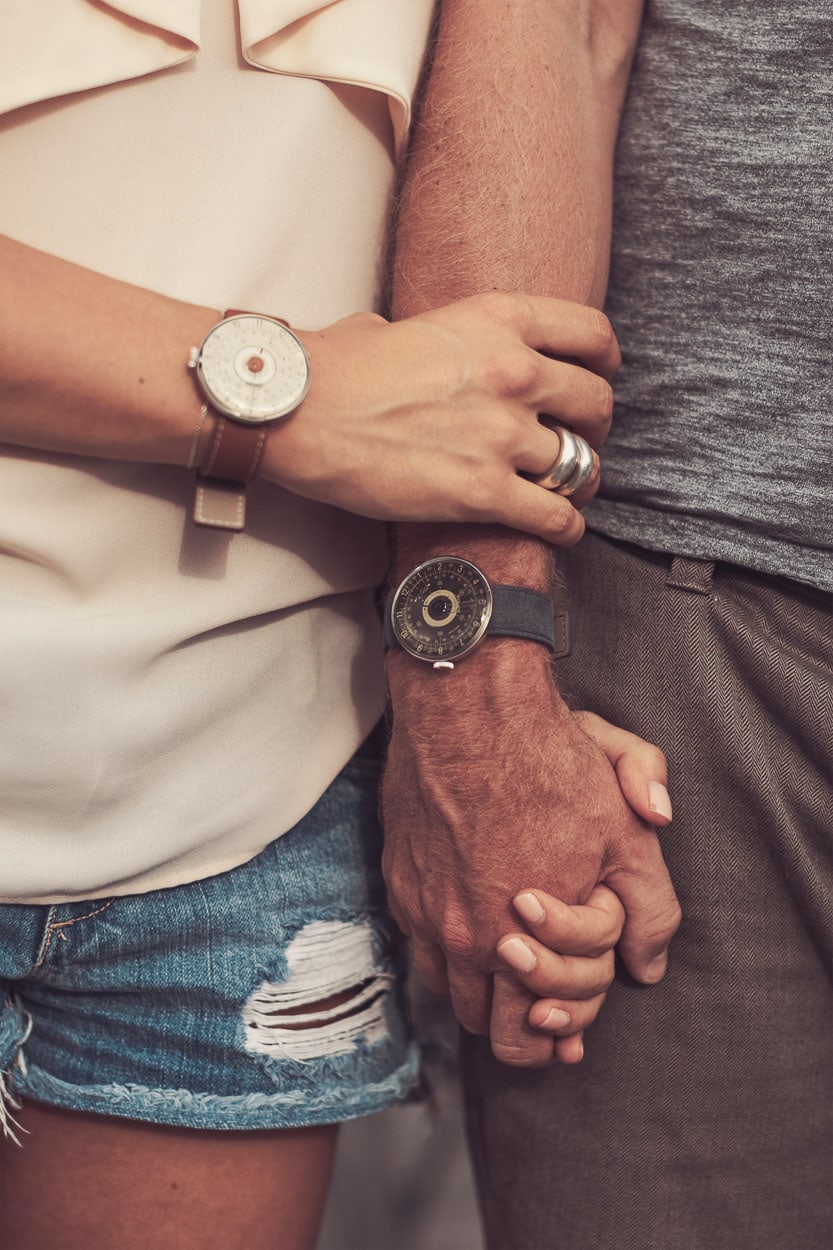 The Klokers KLOK-08 works like the other KLOK models, with two discs turning to indicated the time along a vertical axis. The color schemes of the KLOK-08 respresent this 1960’s style a bit, especially with the black and beige and warm grey and orange in my opinion. Inside, Klokers used a quartz movement developed and produced by Ronda, a Swiss manufacturer of quartz movements. 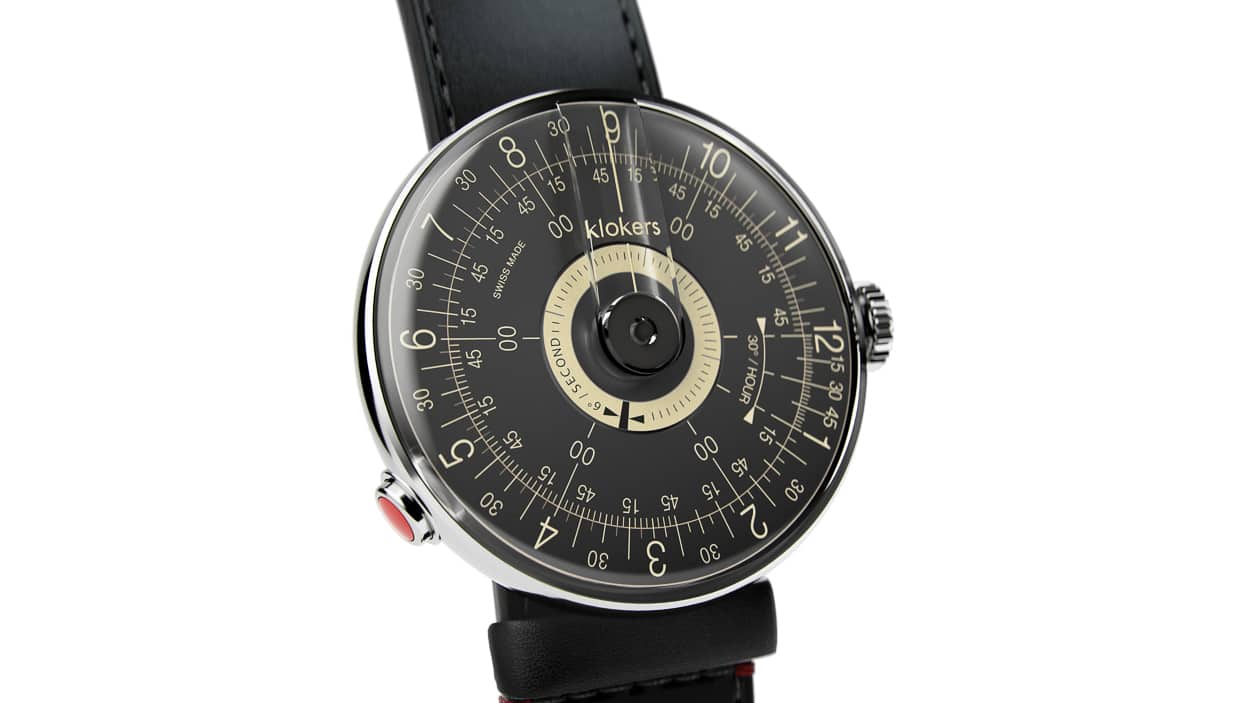 Regarding the straps and bracelets, there’s enough to choose from. There’s a steel milanese, that perfectly fits the 1960’s theme, then there’s a textile strap, a leather KWEL strap (reminds me of the long Hermès and Ebel straps), a selection of alcantara and leather straps. Using the pusher at 8 o’clock, you can easily switch straps yourself. Or use the watch as a desk or pocket clock, using the Klokers stand. Then, there’s the clip (Klip) that allows you to wear the Klokers KLOK-08 on your revers or other clothing part. This was quite ‘hip’ in the 1980’s I recall, especially amongst nurses in hospitals. 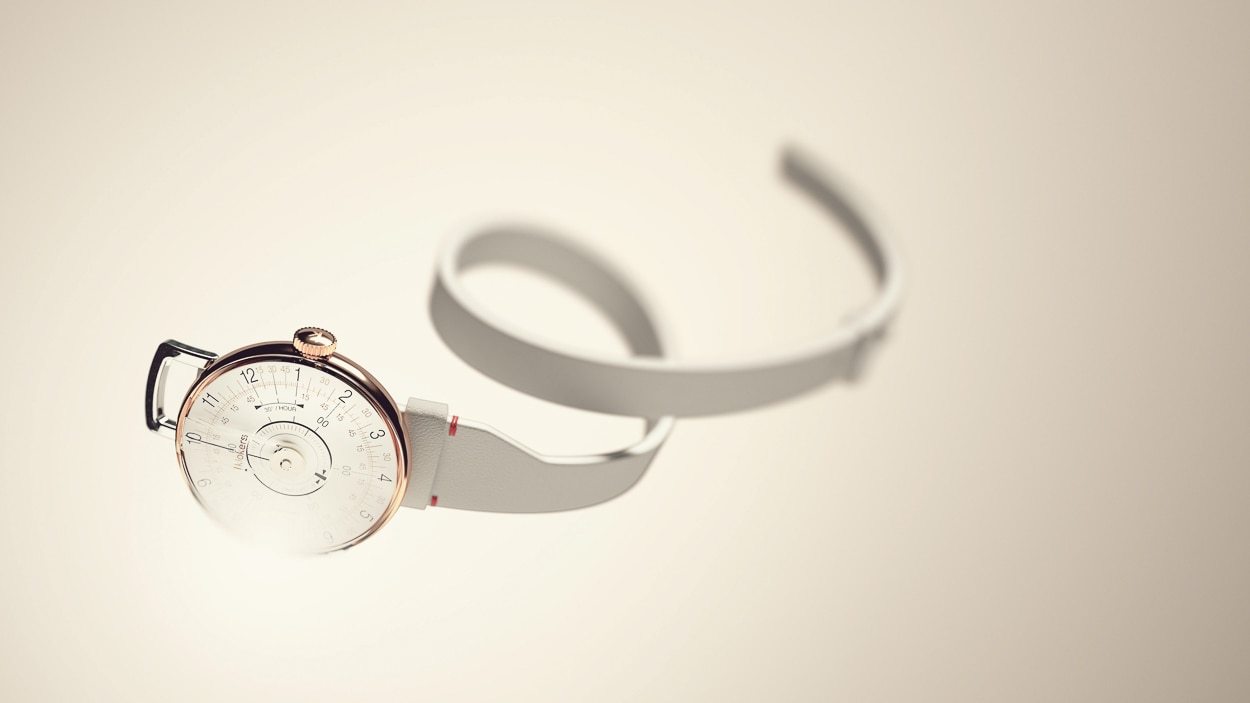 The Klokers KLOK-08 will be available for pre-order if you sign-up here. This way, you can reserve yours for €149 instead of €379 at the launch of the campaign.