This is the second time Louis Erard has reinterpreted the art of guilloché, and it is precisely the same technique that Breguet popularized in the 18th century. It’s an intricate and highly-skilled art where the craftsperson’s hand must complement and work with the manual lathe. Special cam, feeler, and crank setups determine the designs (each pattern requires an entirely different setup) while the master’s hand carefully guides the chisel. The demands are extreme. A single deviation in the pressure exerted on the chisel or a single broken line, and everything has to start over. 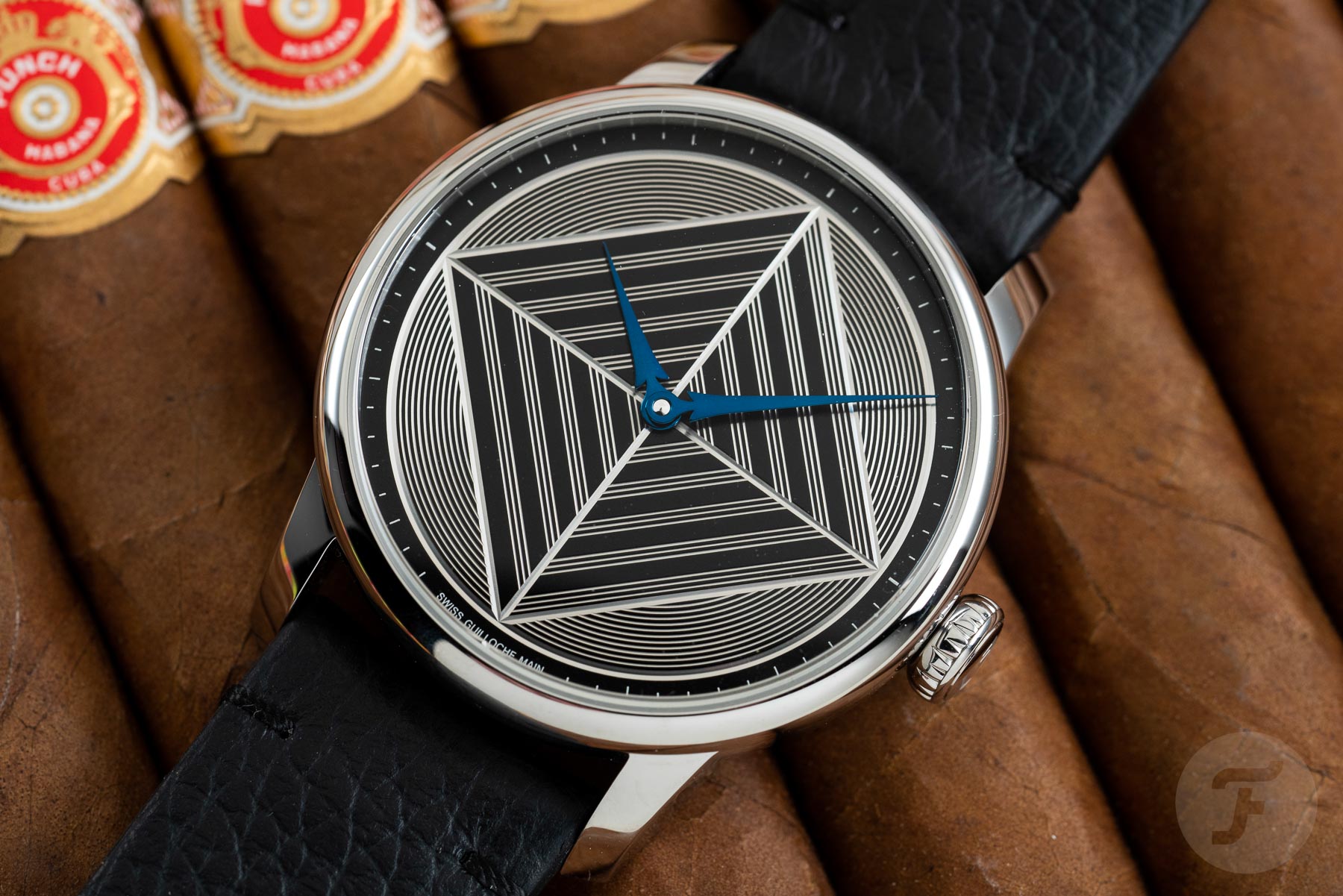 Traditionally, guilloché patterns are decorative, complementary patterns composed of miniature, intricate, and repeating motífs. After sticking to the traditional for its first Excellence Guilloché Main, Louis Erard has changed the rules for the follow-up. The Excellence Guilloché Main II is an entirely original creation allowing the guilloché to be the lead actor rather than the supporting cast. Louis Erard has eschewed even branding the dial. Instead, the maker prefers to focus on the artistic qualities of the guilloché and allow that to speak to the brand identity. 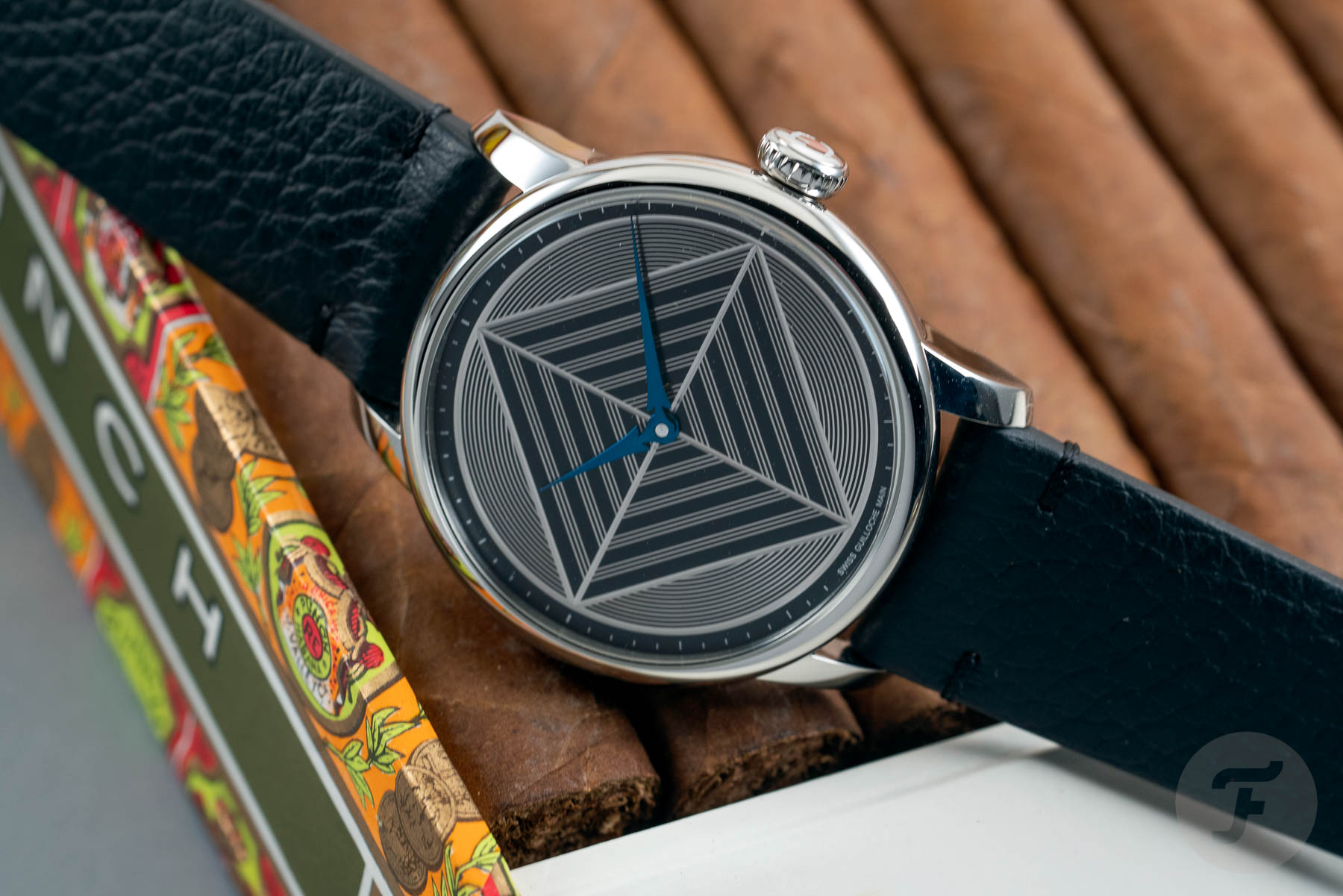 The guilloché is no longer a question of decoration, but it’s now the subject — a large diamond. In traditional guilloché patterns, the diamond might form a part of a pattern. Instead, we have zoomed in to highlight and celebrate the individual form rather than the collective. Louis Erard used all the resources of artisan dial-maker Fehr in La Chaux-de-Fonds to enhance and modernize traditional guilloché and reimagine it in a new light. In the Louis Erard way. 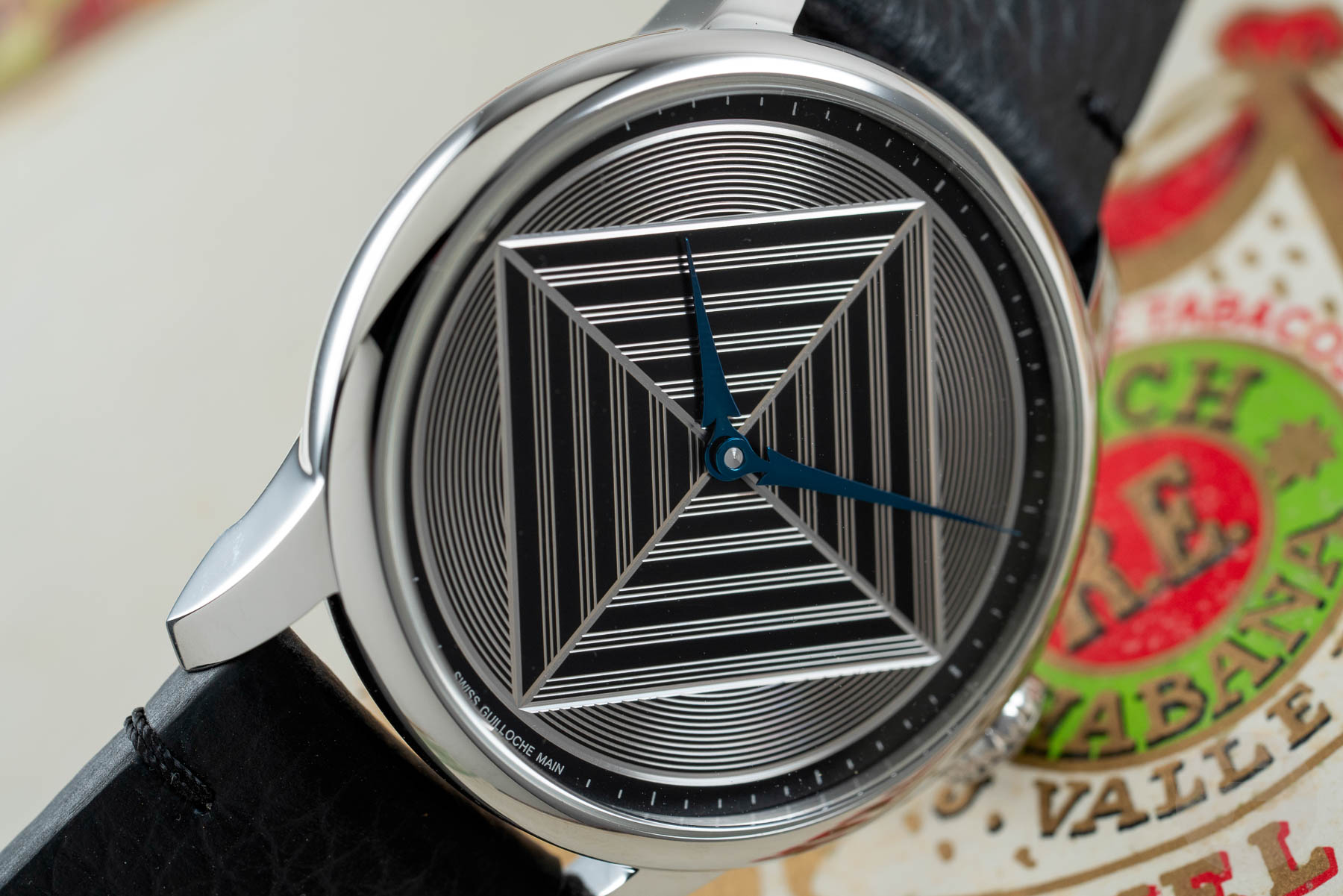 Revisiting the success of the Excellence Guilloché Main

The same artisan who made the original Excellence Guilloché Main dials also produces the Excellence Guilloché Main II dials. The incredibly talented craftswoman will make all 99 dials for the new model. Each requires several hours of work on the manual guilloché rose engine lathe. The pattern may seem simple on the surface. However, the longer, extended lines of the diamond motîf are far more unforgiving than smaller, more delicate patterns. The longer lines will highlight even the slightest deviation of pressure or direction. It takes the steadiest and most talented hands to achieve the simplest of lines. 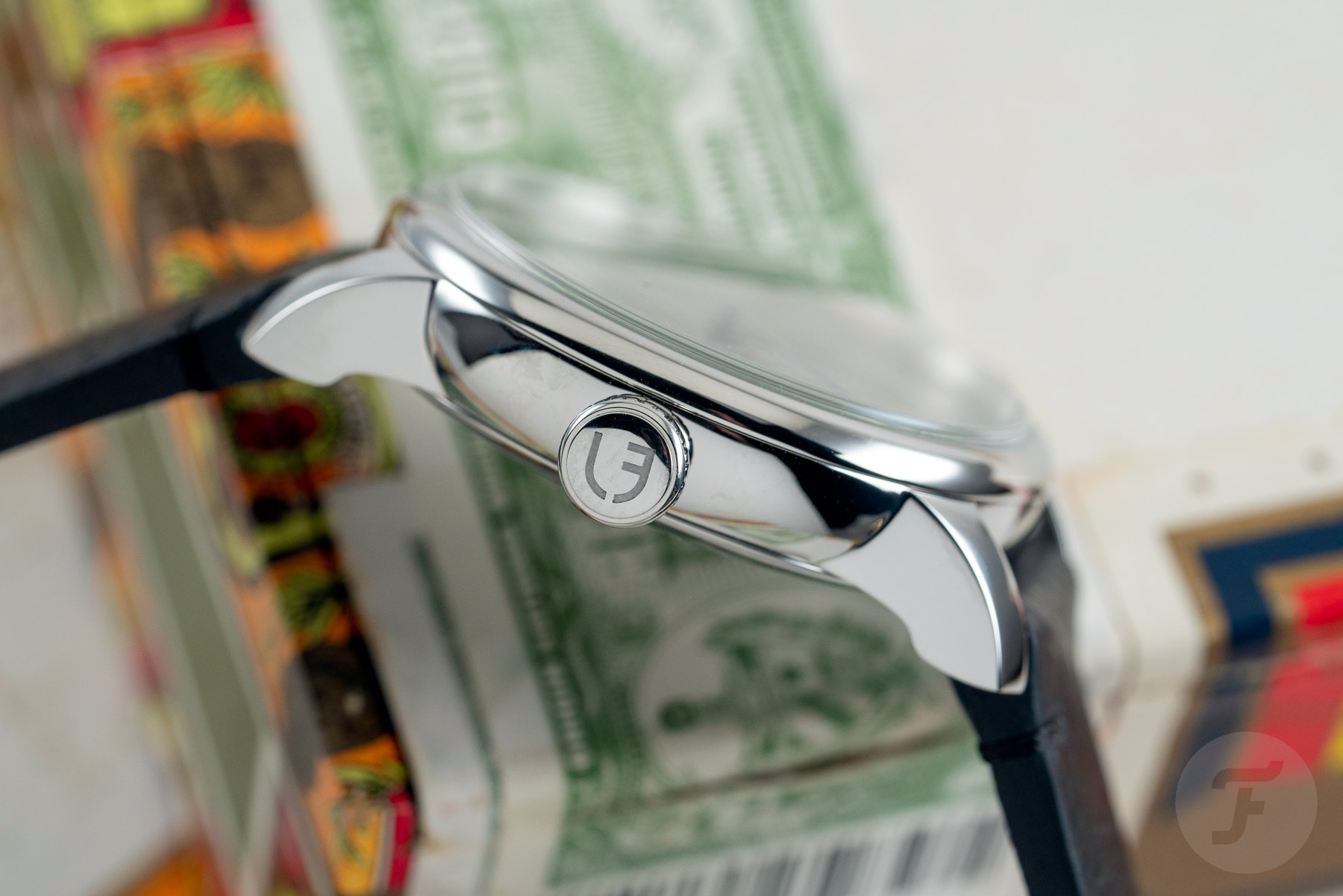 Louis Erard’s Excellence Guilloché Main II features the brand’s signature “fir tree” hands in blued steel. The 42mm polished stainless steel case is water-resistant to 50 meters, and it allows an unfettered view of the Sellita SW261-1 automatic movement through a display case back. Louis Erard chose a smart black, grained calf leather with tone-on-tone stitching for the strap. The brand paired it with a “Louis Erard-blue” grained calf leather for the lining. 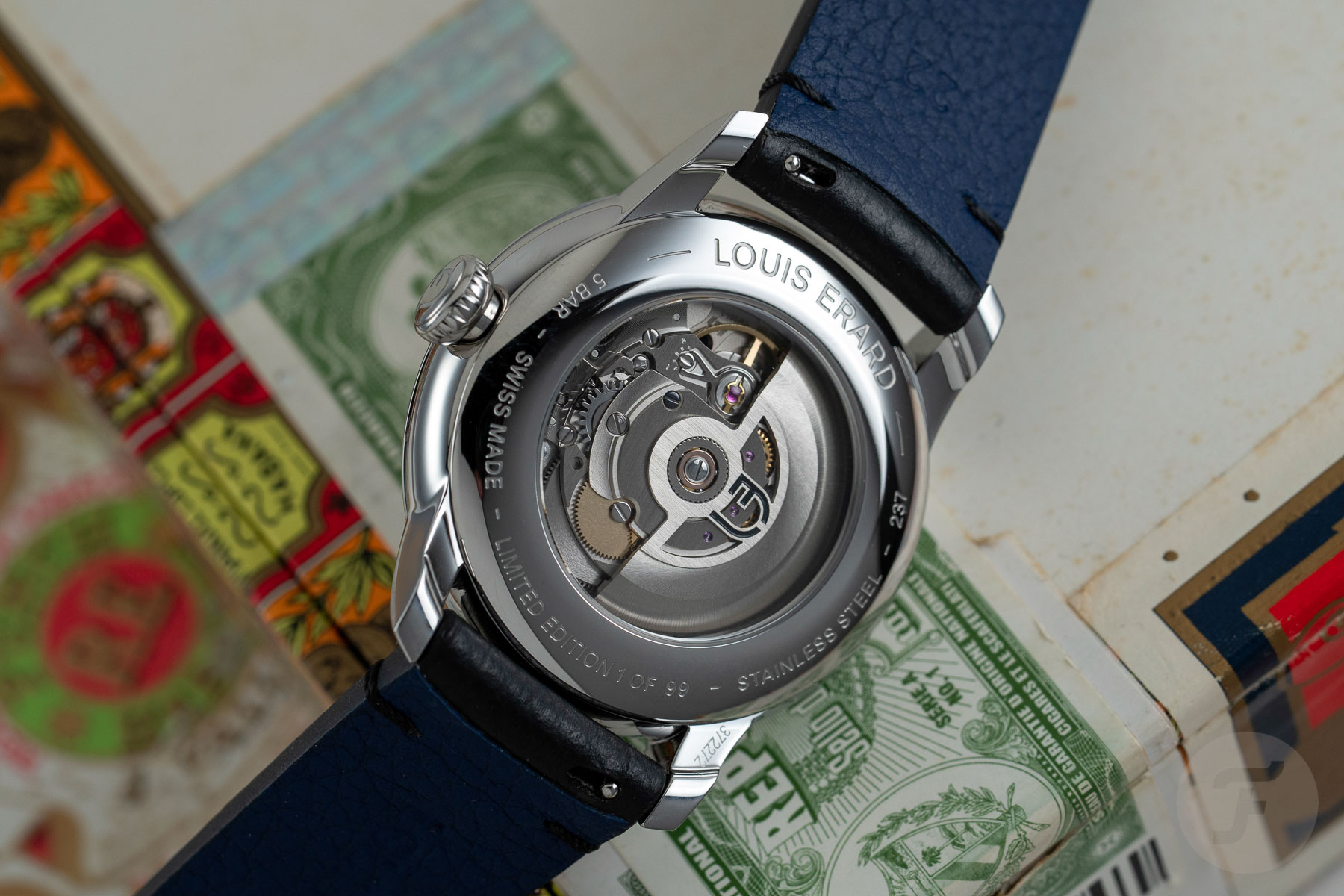 Hot Topics
Laventure Automobile Chronograph With A Proprietary Movement — Marking A Huge Leap Forward For One Of The Industry’s Most Promising Brands
155 comments
Fratello Exclusive: An Inside Look At The MoonSwatch Production Facilities
75 comments
We Talk To Swatch Group CEO Nick Hayek About The MoonSwatch
53 comments
Selling Your Watch To A Dealer Or Trading It In — Tips From A Former Watch Dealer
49 comments
Summer Splash — Round 2 : Jorg’s Tudor Pelagos FXD Vs. Lex’s Hublot Big Bang Integral Ceramic Sky Blue
47 comments
Popular
The Ultimate Sports Rolex – The Explorer II Reference 1655
Robert-Jan Broer
15
(From The Archives) Shut Up & Read The Truth About Cartier Watches
George Cramer
21
10 Tips For Better Watch Photography
Bert Buijsrogge
11