Remember the introduction of BND Watches last year? The brand’s €396 dive watch had some impressive specifications and aesthetics. Not only that, but I’ve also found it to be truly well made. With entry-level-priced watches, one can often dish out a lot of criticism about the finishing or build quality. The offerings from BND, however, were a pleasant surprise, and the brand’s first dive watches sold out in a flash. 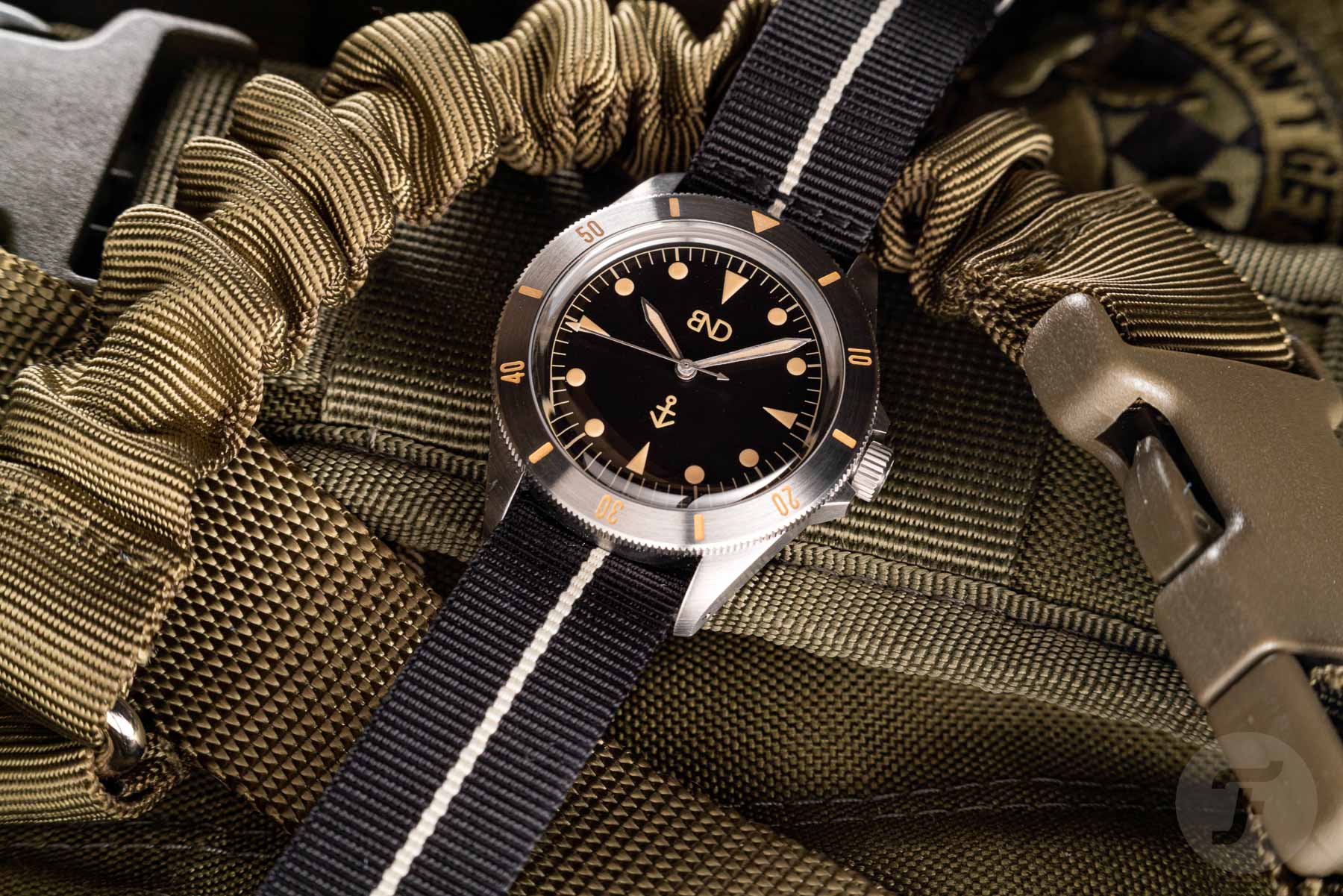 Brand owner Vincent Bonnaud, a 30-year-old watchmaker from France, only made 150 pieces of each of the three colorways. One of the owners of the watch is former Rolex ambassador and COMEX diver Théo Mavrostomos, who praised Vincent’s work on this model. But Jean-Claude Biver, “The Wizard of Swiss Watchmaking”, also shared his excitement for it. Those initial 450 watches sold out, and Bonnaud was not planning on introducing a new design. 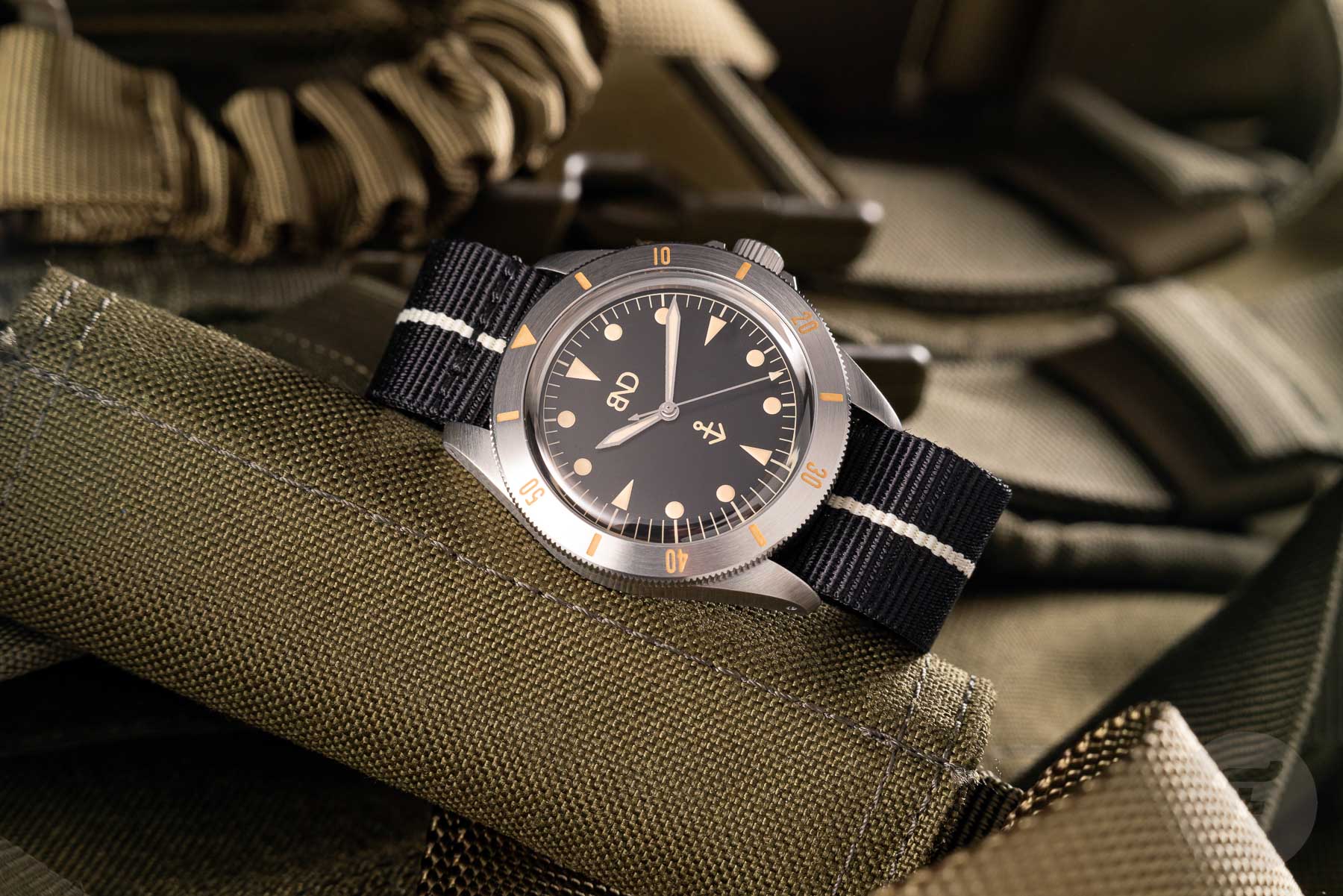 Thankfully, approximately one year later, he’s introducing a new-and-improved version of this much-lauded dive watch from France. It has become thinner (11.3mm instead of 12mm, both excluding the crystal), doubled its water resistance (200 meters instead of 100 meters), added a screw-down crown, and uses a sapphire crystal instead of a Plexiglass one. 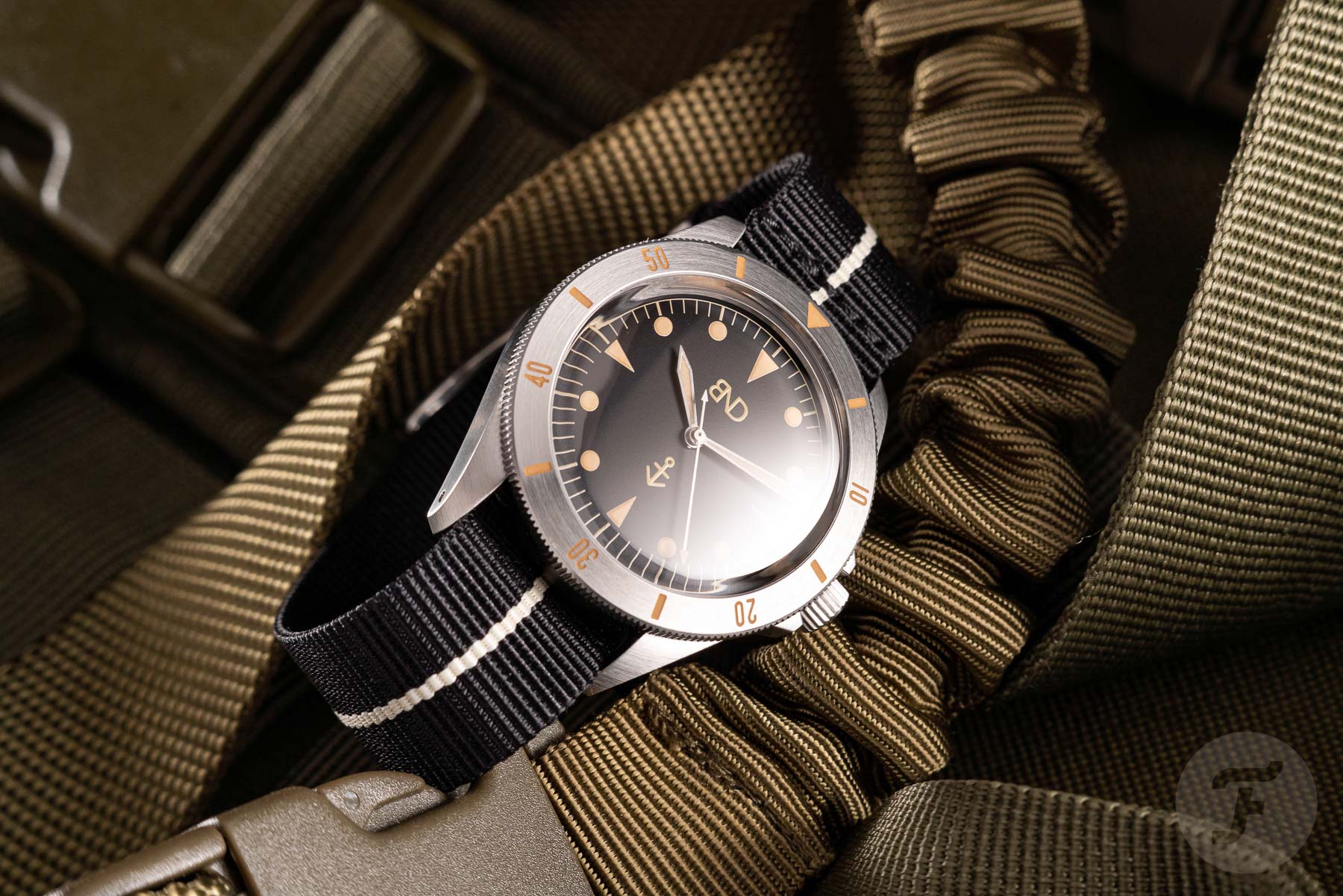 The purist might prefer the Plexi crystal, but at least Bonnaud used a double-domed sapphire. This choice gives it the same shape as the previous one. The crystal also has received five layers of anti-reflective coating on the inside and an anti-fingerprint coating on the outside. 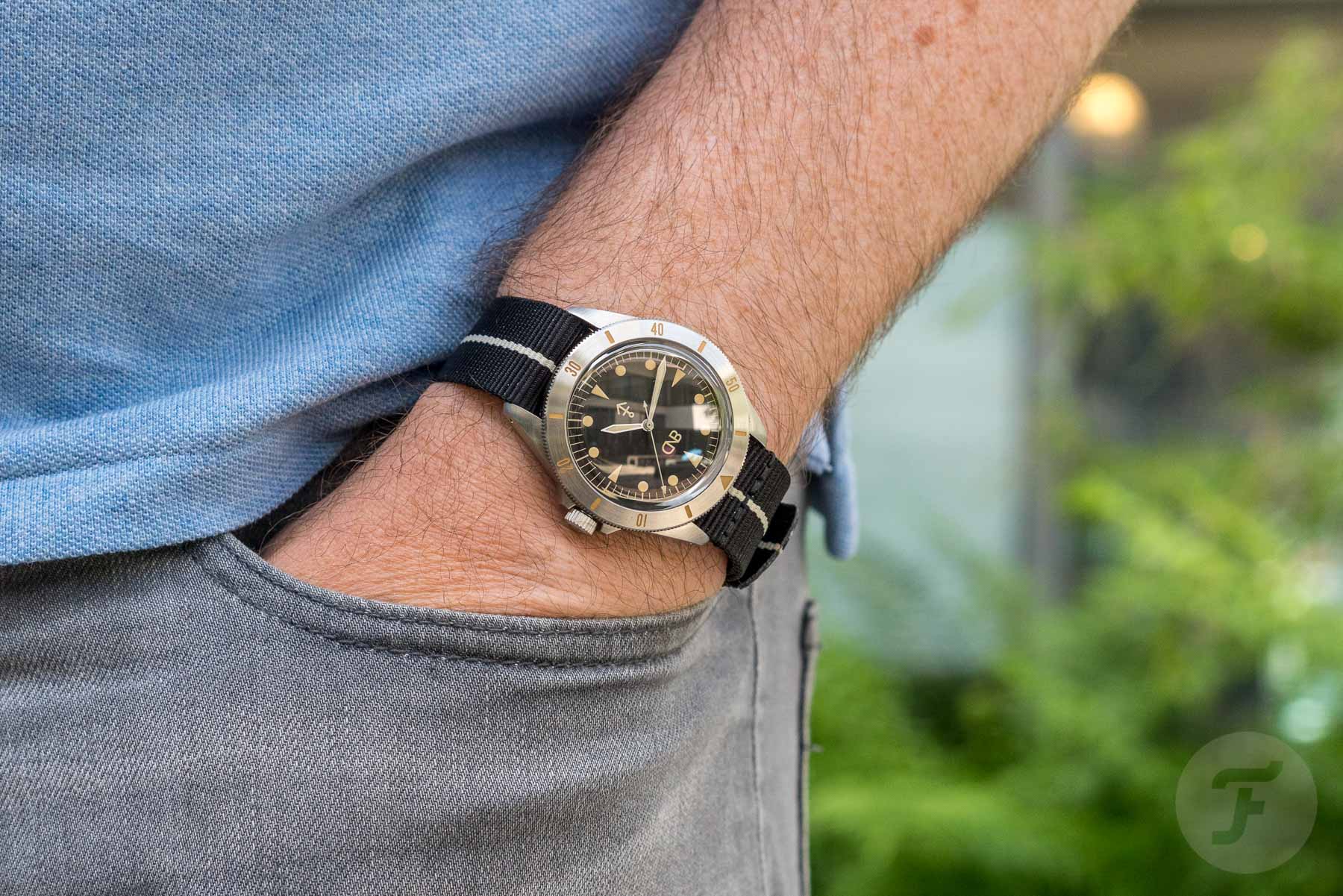 The BND watches still have a diameter of 39.5mm and a lug-to-lug span of 47mm. The optical change that reveals we’re dealing with a new version is that the tip of the second hand is not red anymore. Rather, it’s the same color as the rest of the luminescent material (Super-LumiNova “Old Radium”). 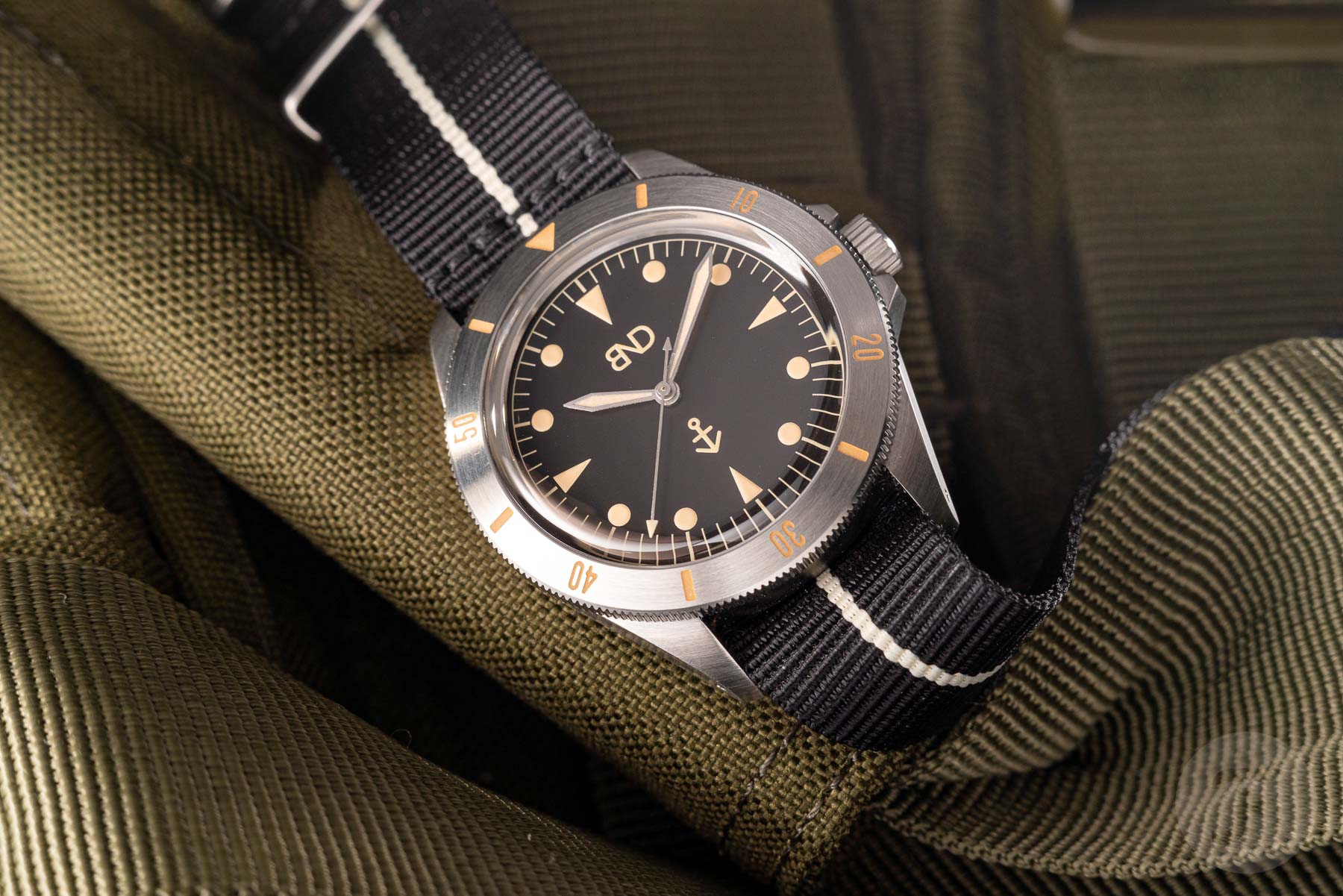 BND’s MNBLA, MNBLU, and MNBRO also come with a new NATO strap with a decorative stripe running down the center. The additional free strap disappeared from the package, but I’m sure you can find another strap in your existing collection. The lug size is 20mm, which makes it very easy to find something suitable.

Inside ticks the Seiko TMI NH35A caliber, a 24-jewel movement with 41 hours of power reserve. Bonnaud modified this “date” movement so that you won’t hear the click at midnight. 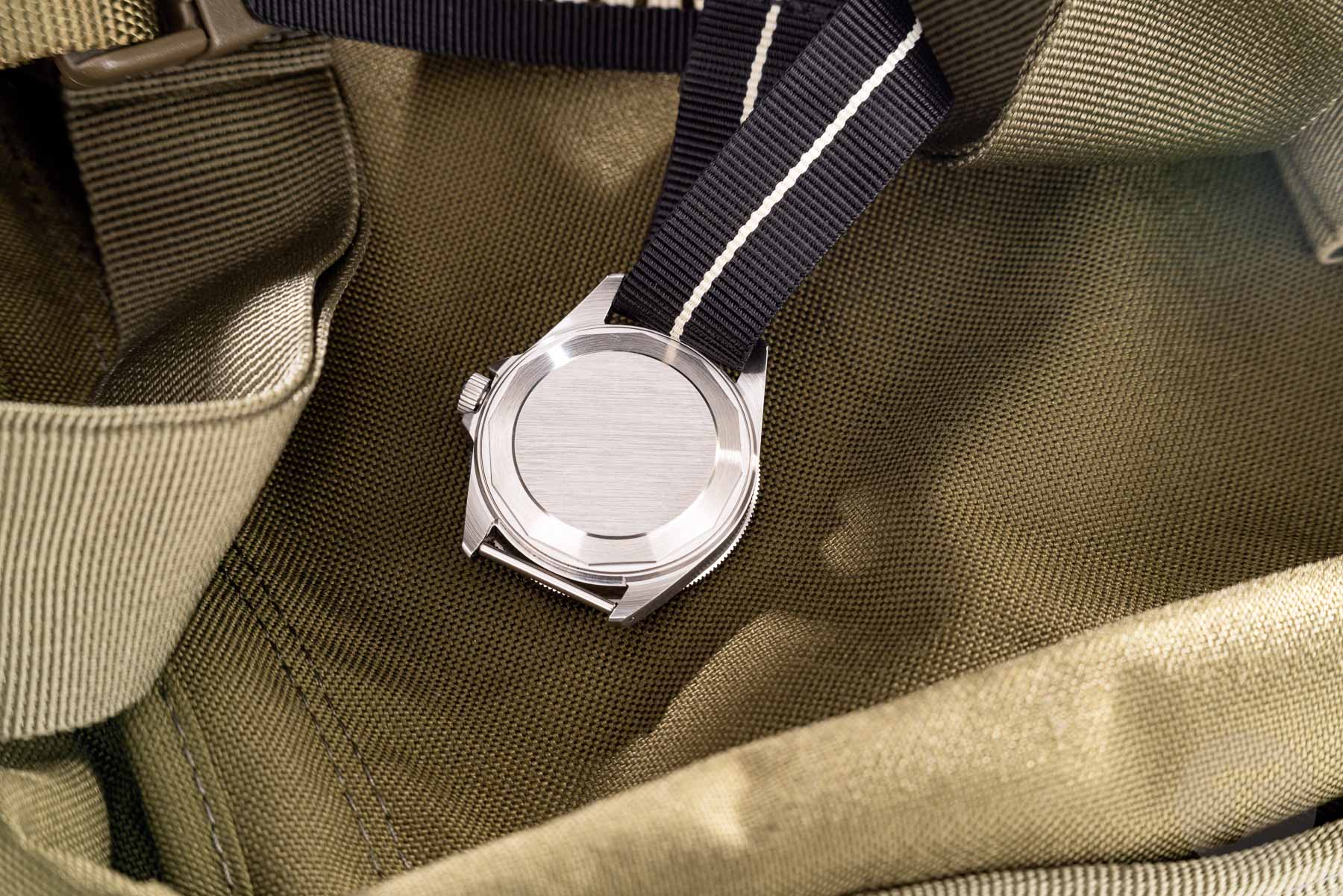 The closed case back hides the Seiko NH35A movement

All these improvements, however, do come with a slight price increase from €396 to €455 excluding VAT. The BND watches are still available in three colors — black (MNBLA), blue (MNBLU), and brown (MNBRO). Even these model names have been kept the same. What did change is that the watches are not numbered anymore, but production is still limited to 150 pieces in each color. 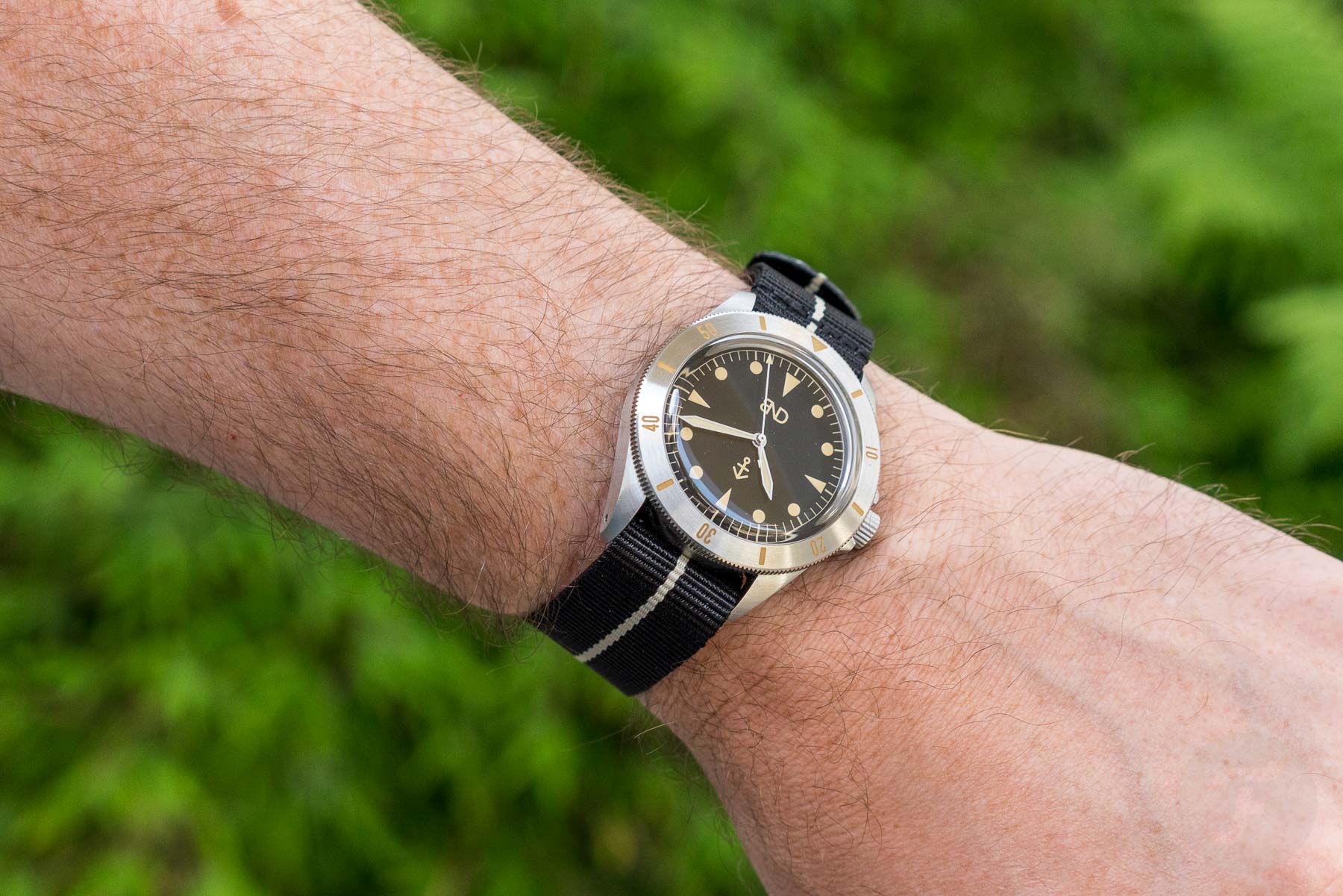 The BND MNBLA on the wrist

You have to know that I have become a bit skeptical towards many entry-level-priced watches. It’s not because I don’t like or admire them, nor is it because I think they’re cheap. Rather, it’s because I want to prevent myself from owning a box filled with these watches without giving them any wear. As Thomas touched upon in his article about buyer’s remorse, I really need to consider whether I prefer a certain watch over the watches I already have. Especially with more affordable watches, it can be a trap to just go ahead and purchase everything you like. Unfortunately, this means that you end up with watches that you will hardly ever wear (if at all). Again, it’s not because these watches aren’t any good or not nice, but simply because you have other watches that you prefer for daily use. 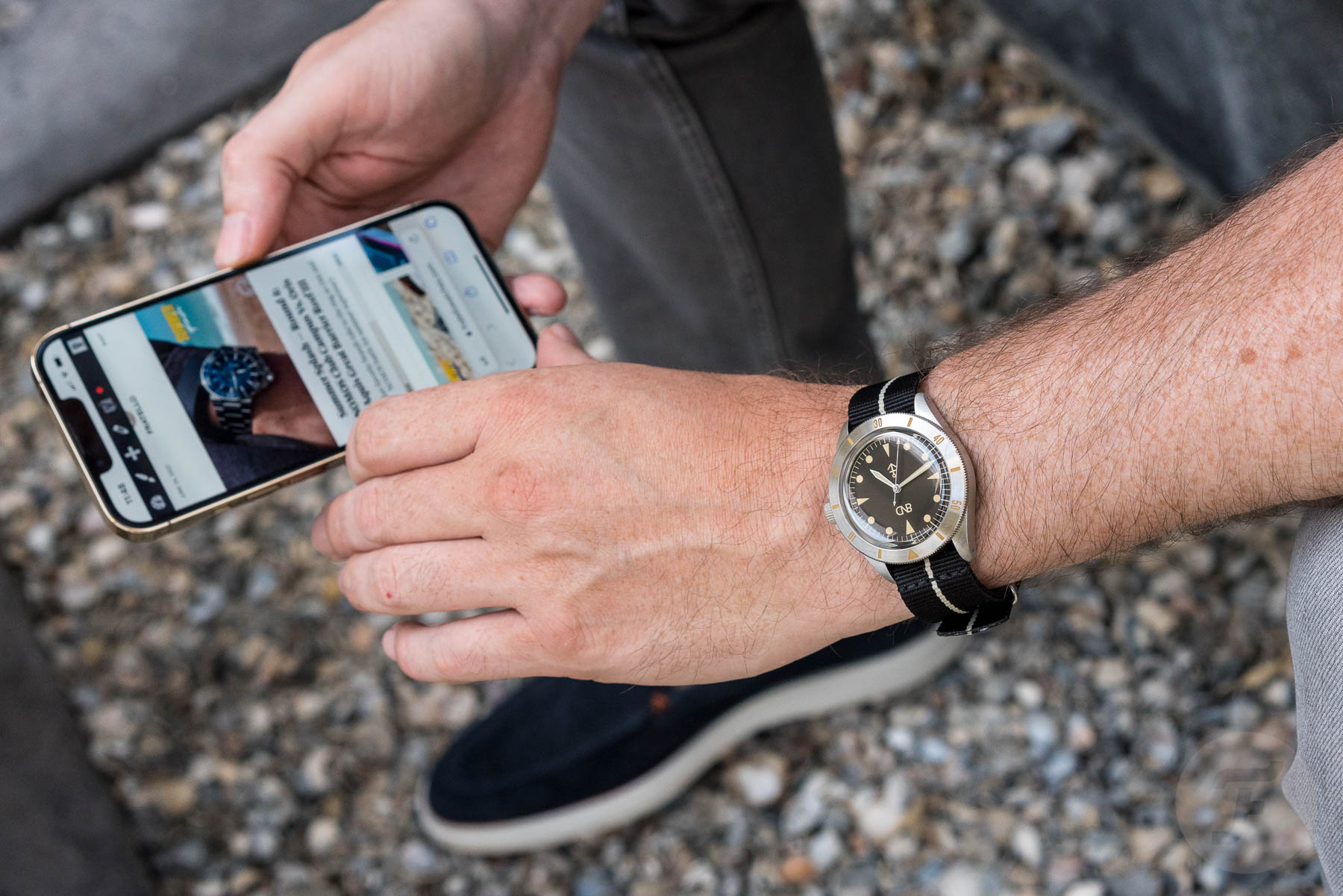 That said, the BND MNBLA is so incredibly well done that I don’t have this feeling that I’d rather wear something else. The only watch in my collection that comes somewhat close to this style is my Rolex Sea-Dweller 16600. And there are enough visual differences between the BND MNBLA and my Sea-Dweller to give the BND some wear. It’s an easy-going watch, I’ve noticed, that you can slap on your wrist wherever you go or whatever you need to do. It might even be the perfect holiday watch if you don’t want to bring your expensive (vintage) diver. 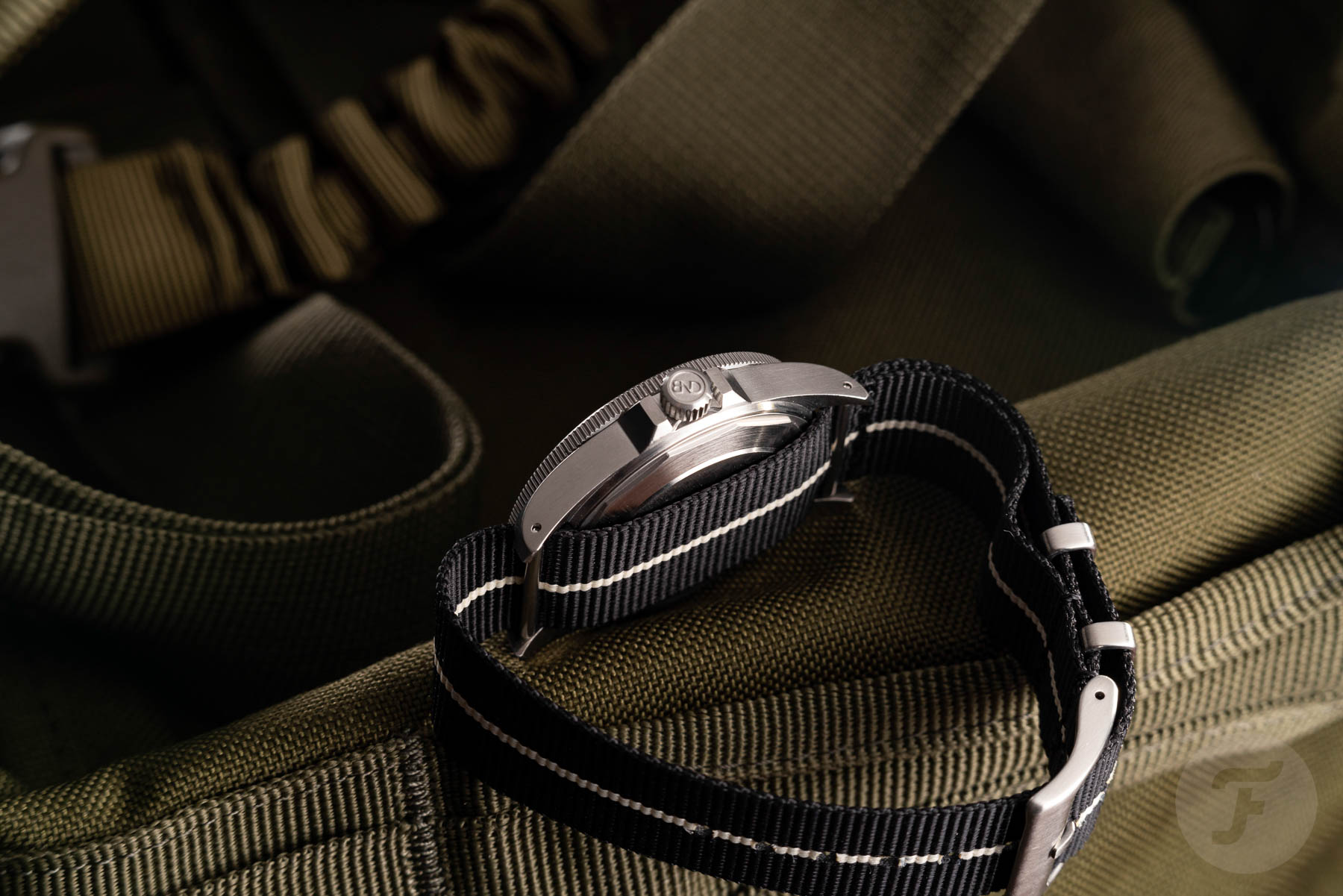 It’s no secret that this watch is heavily influenced by classic dive watches from the 1950s through the ’80s. But that’s not a bad thing. This BND MNBLA watch is not pretentious, and I like that. For €455 ex. VAT, you can buy something that won’t break the bank and gives you a lot of bang for the buck.

The use of a 39.5mm case is a clever decision, as this seems to be the sweet spot for many watch enthusiasts. It wears incredibly nice, despite the fact that I am not a fan of most NATO straps. I often find that it makes watches sit a bit too high on my wrist. Adding a nice 20mm vintage-looking strap solved this issue immediately, of course. The use of sapphire takes away a little of that vintage vibe, but it gives you some security in return. To have it replaced with a double-domed sapphire crystal with both anti-reflective and anti-fingerprint treatment at least gives you almost the same aesthetics as on the previous edition.

BND’s new MNBLA model does not disappoint. If you want a good-looking dive watch for not a lot of money, I can’t think of a better offering at this price point.

The new series of BND watches will become available in December. You can pre-order one on the official BND website. As always, let us know your thoughts in the comments!