The TAG Heuer Aquaracer series has become interesting over the past couple of years. The popular divers now look higher-end than prior iterations and come with a lot of nice features. A ceramic bezel, a micro-adjust buckle, and more are some of the details that have brought this watch into the modern age. Today, we get three new Aquaracer models and they’re all quite different from each other.

The TAG Heuer Aquaracer first came about in 2004, and wow, were these popular amongst friends of mine who were early in their careers. They were solid divers with strong looks and loads of different options. After that mid-’00s period, though, I sort of lost track of the Aquaracer — until last year when the 43mm 300 Professional first debuted. It caught my attention with great colors and a throwback 12-sided ceramic bezel. Earlier this year, a 200m version at 40mm hit the streets, and it looks great! Now, we have three new additions to the Aquaracer line. 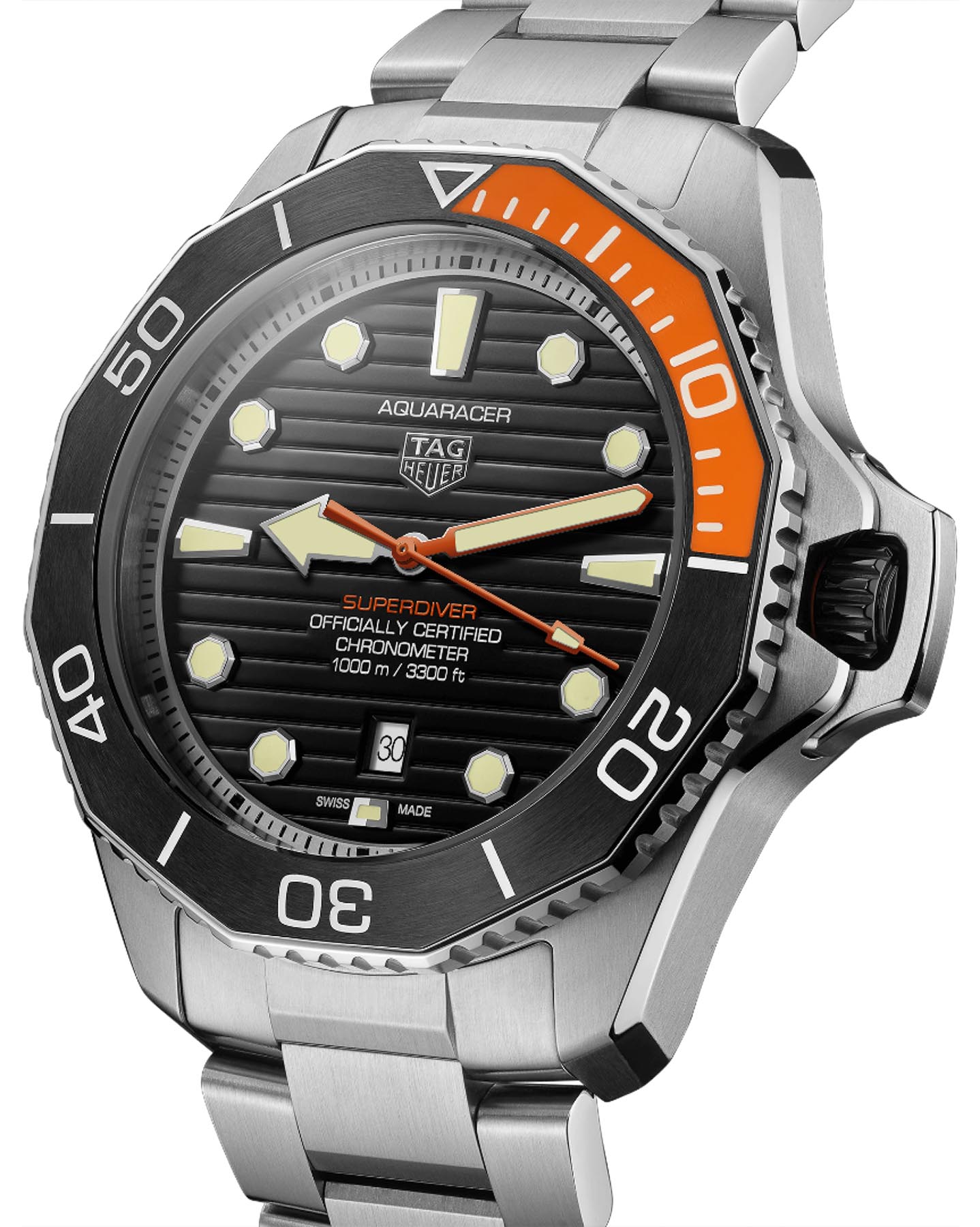 The first new TAG Heuer Aquaracer happens to be my personal favorite of the bunch. The Professional 1000 Superdiver is a return to form. Plus, it tells me that TAG Heuer is serious once again about making dedicated tool watches. Based on the name, you can surmise that this diver has a 1,000-meter depth rating. It makes me recall one of my favorite kooky dive watches, the Super Professional. This was another over-engineered deep diver from the early ’90s. With the Superdiver, TAG Heuer went for it! 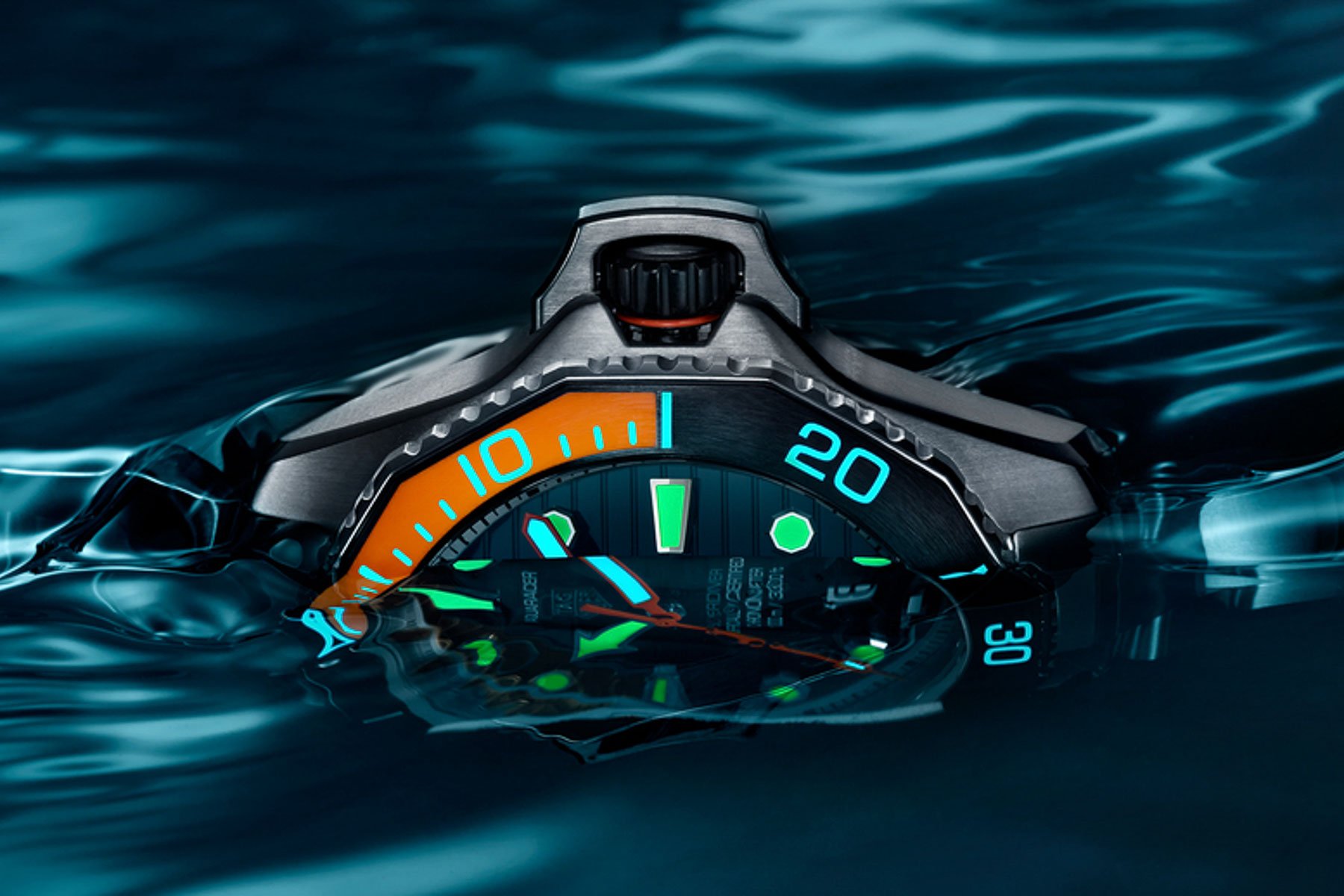 The new TAG Heuer Aquaracer Superdiver comes in Grade 5 titanium. It clocks in at 45mm wide, 15.75mm thick, and appears to utilize a monobloc case. That’s not small, but it’s not outlandish for such a deepwater beast. You’ll also notice a crown protector that helps avoid accidental opening of the crown and a rectangular helium valve at 9 o’clock. Furthermore, it contains a COSC-certified automatic (TH30-00) specifically made for TAG by Kenissi. That’s a wild crossover, as Kenissi is owned by Tudor and Chanel! The movement has 70 hours of power reserve and runs at 28,800vph. TAG also touts its use of Super-LumiNova SLN Grade X1, the brightest possible option. Finally, the watch will come in a waterproof case with a rescue dive torch. Pricing is set for €6,300 with delivery in July. 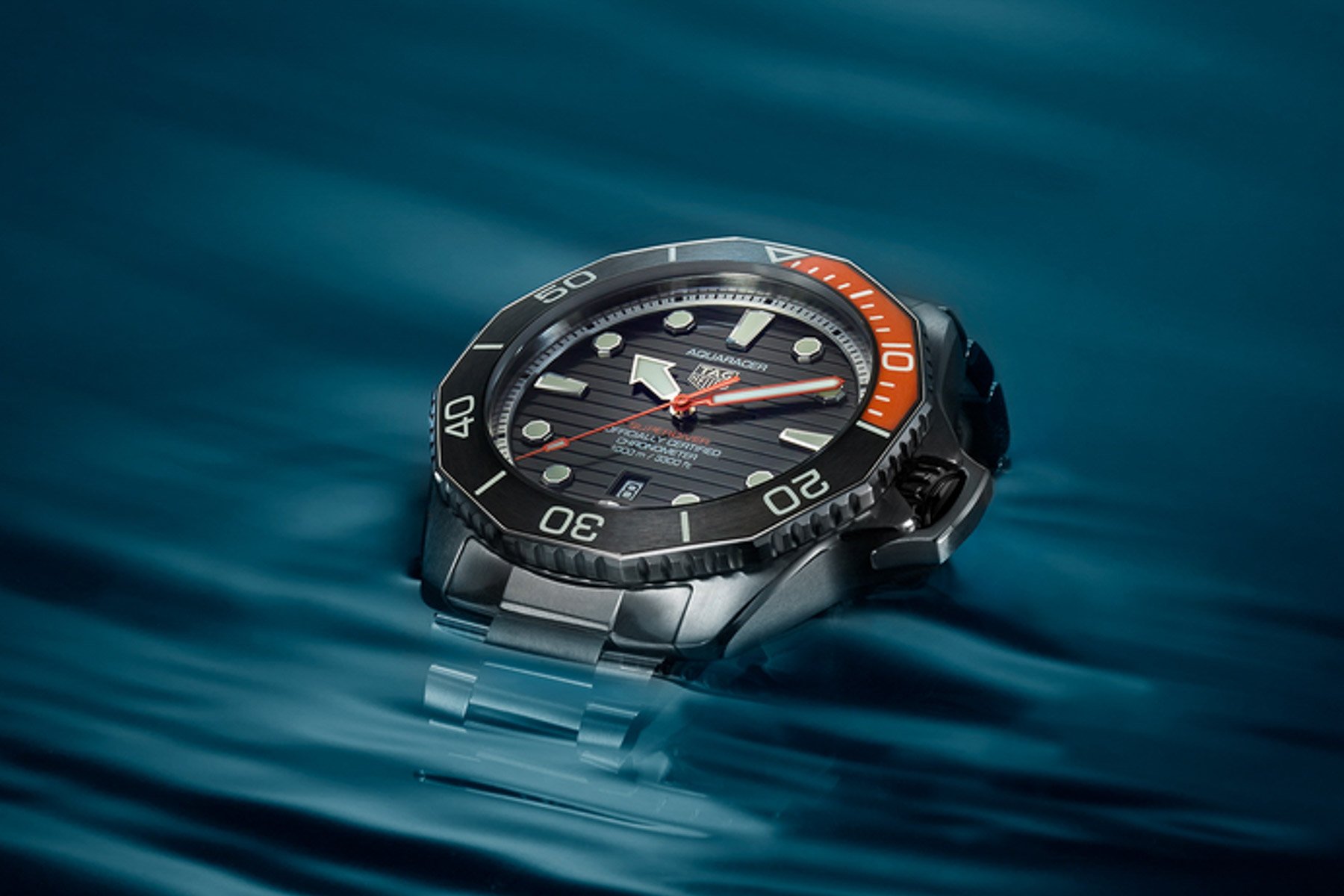 Quick thoughts: Honestly, I love this type of special model and the fact that this isn’t a limited edition. It’s super geeky, super unnecessary, but super cool! Could I pull off a watch like this on my wrist? Hell no, but I’d love to try. When TAG does these types of focused watches, they make me pay attention. If you’re into mega tool watches, this looks like a neat one. 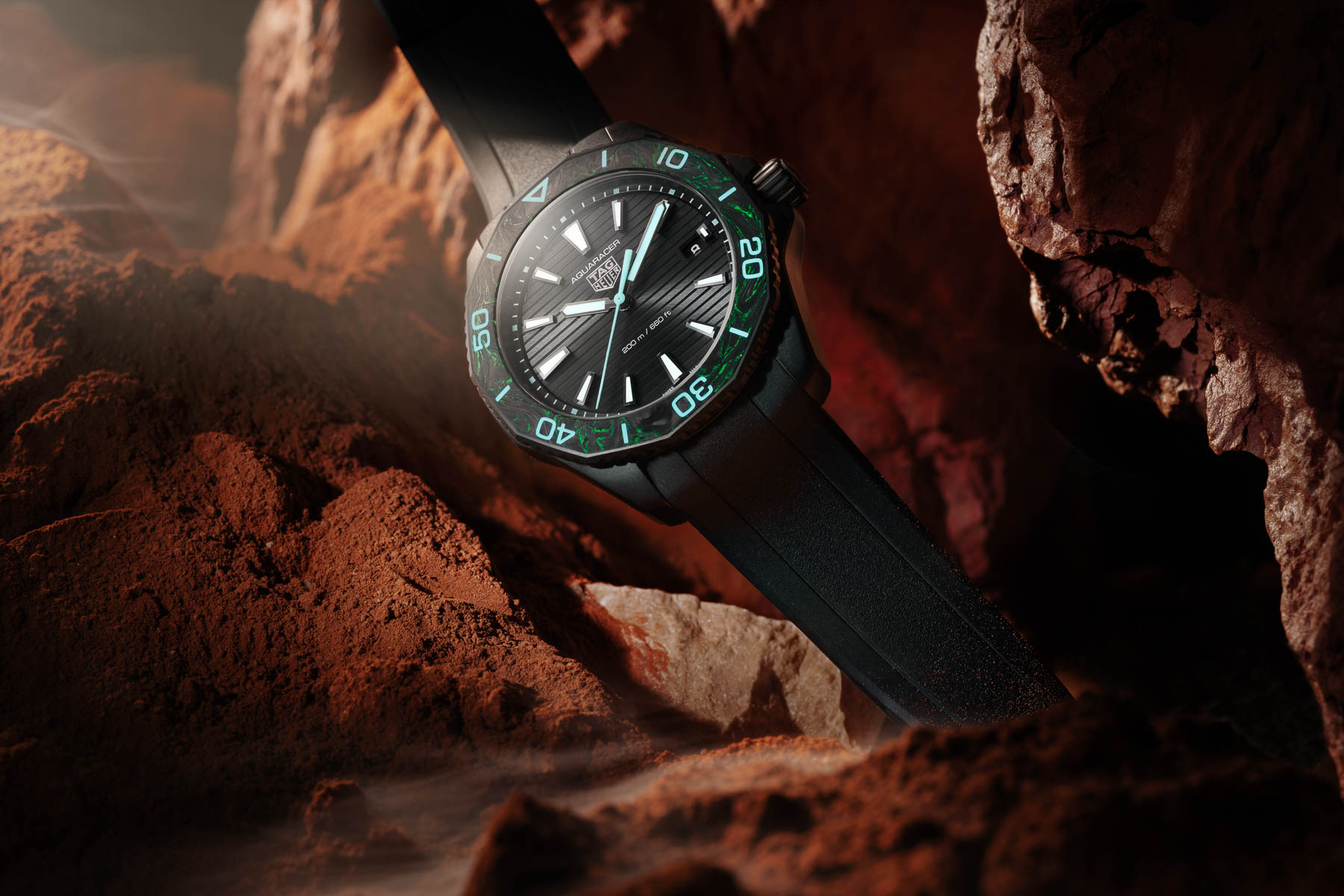 The TAG Heuer Aquaracer Professional 200 Solargraph is another surprising release. This piece uses a 40mm black DLC-coated stainless steel case, but brings a new solar-powered movement designed and built by La Joux-Perret. The TH50-00 will run for up to six months without light and benefits from a five-year warranty. Other highlights are a wild unidirectional bezel made of green Super-LumiNova and carbon. This diver will come on a black rubber strap and will retail for €2,800. Deliveries will begin in October. 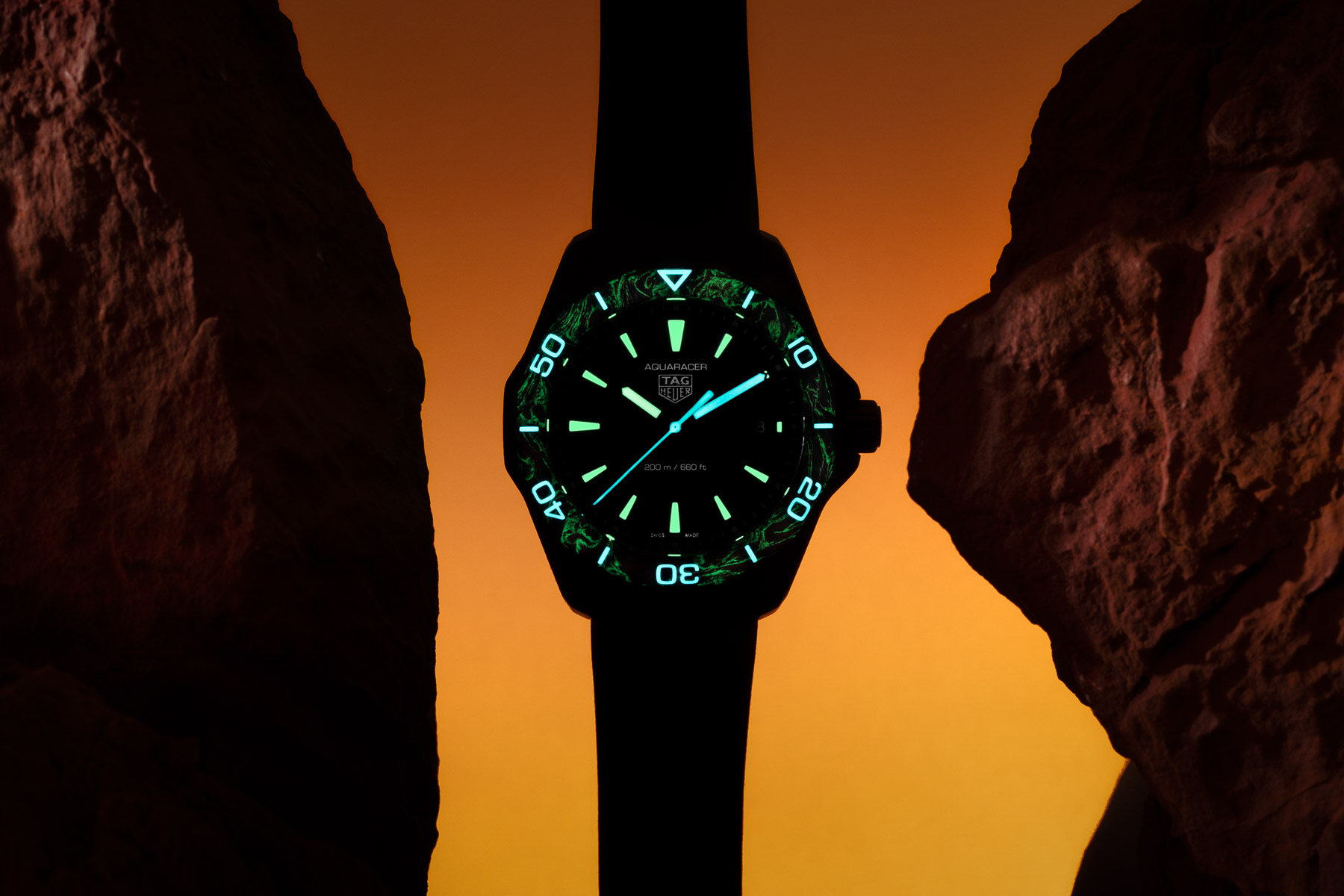 Quick thoughts: Solar is an interesting move for TAG Heuer, but we seem to be seeing more and more of it. After all, it isn’t just for Seiko and Citizen anymore with brands like Cartier choosing to use such an efficient movement. I like that TAG elected to use some funky colors to kick off this model as it helps separate it from the pack. Yes, it’s expensive, but it’s a fun move. 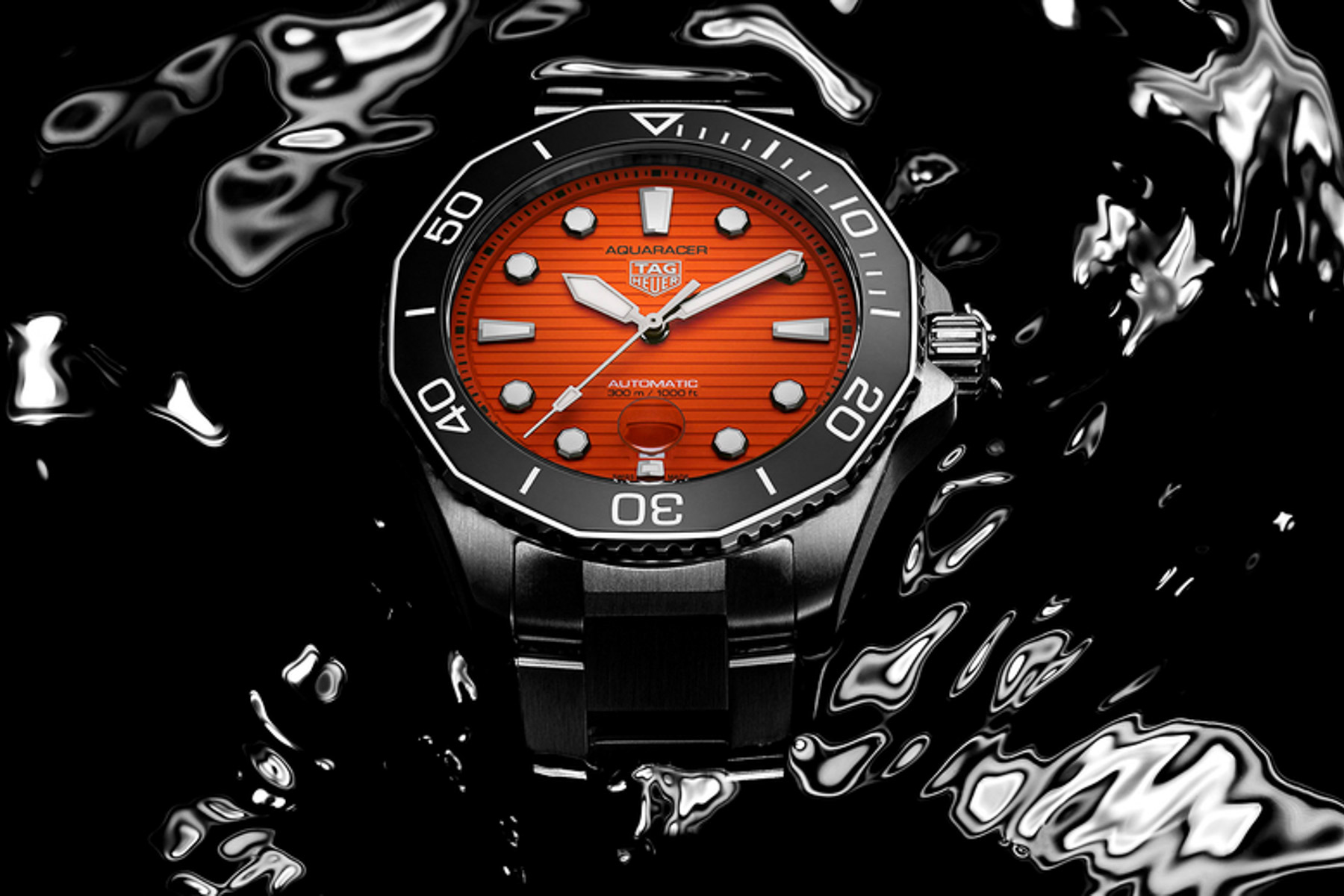 The final new TAG Heuer Aquaracer at Watches & Wonders 2022 looks back at the Monnin-case Heuer 844 divers that debuted in 1979. This follows up a limited edition 2021 piece in titanium with a black dial that was also a tribute to the 844. The orange version of the Professional 300 Diver comes in a 43mm steel case on a bracelet and has a black ceramic bezel. The 300 uses the Caliber 5 automatic, which is based on an ETA or Sellita movement. This watch will retail for €3,100 and become available in May.

Quick thoughts: I just landed a 980.007 Heuer diver which is fairly similar to the 844 referenced here, so this new Aquaracer resonates with me. It’s not a limited edition, which is a nice thing these days. I suspect this one will prove popular. 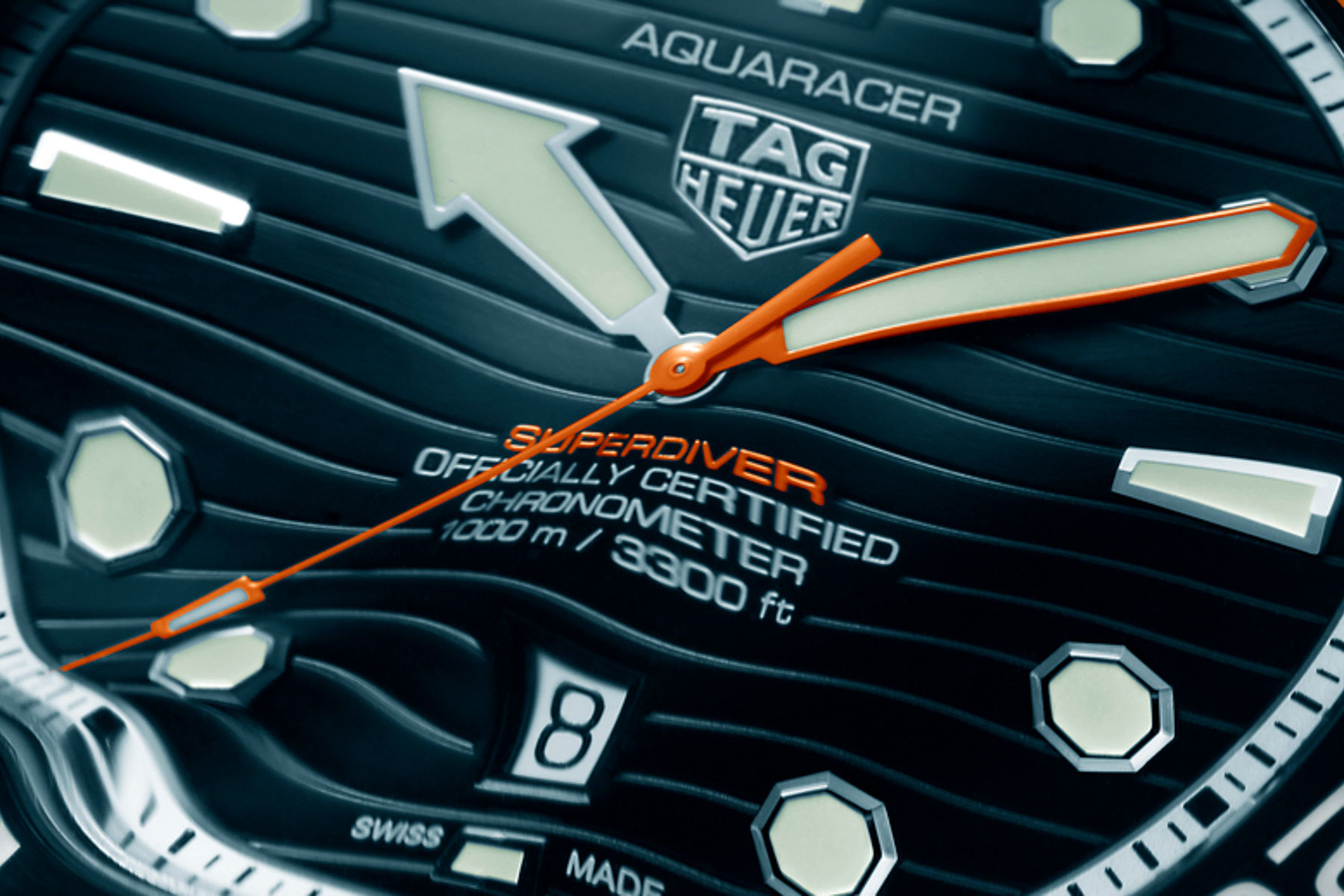 The new TAG Heuer Aquaracer models are refreshing and surprising. I truly didn’t expect something as thorough as the Superdiver or as different as the Solargraph. Let us know what you think in the comments below.

Hot Topics
Introducing: The Omega Speedmaster Super Racing With Spirate System
165 comments
Design Vs. Specs — Which Is More Important To You When Buying A Watch?
87 comments
New Release: The Limited-Edition Seiko Prospex SLA067J1 Diver
64 comments
My Predictions For New Omega Speedmasters In 2023
60 comments
The Best Independent/Microbrand Alternatives To The Rolex Explorer In 2023
53 comments
Popular
Hands-On With the Seiko Prospex SRPC91K1 – Save The Ocean
Robert-Jan Broer
15
Hands-On Longines Legend Diver in Black Ref. L3.774.2.50.9
Robert-Jan Broer
1
You Asked Us: Rolex or Tudor
Gerard Nijenbrinks
9