I guess it is safe to say that we are all awaiting for the James Bond Spectre movie to be released later this year. As you know, Omega has been their ambassador since 1995 (“Golden Eye”) with their Seamaster 300M watch. In Casino Royale and Quantum of Solace, the Seamaster Planet Ocean took over the role of the Seamaster 300M and in Skyfall, Bond started to wear the Seamaster Aqua Terra next to the Planet Ocean.

It was expected that Omega would release another James Bond limited edition for the James Bond Spectre movie, as they’ve done so in the past. Although I expect James Bond to wear both an Aqua Terra and a Planet Ocean – or perhaps a Seamaster 300 as well? – in the Spectre movie, let first have a look at the Omega Seamaster Aqua Terra 150M Master Co-Axial Limited Edition. 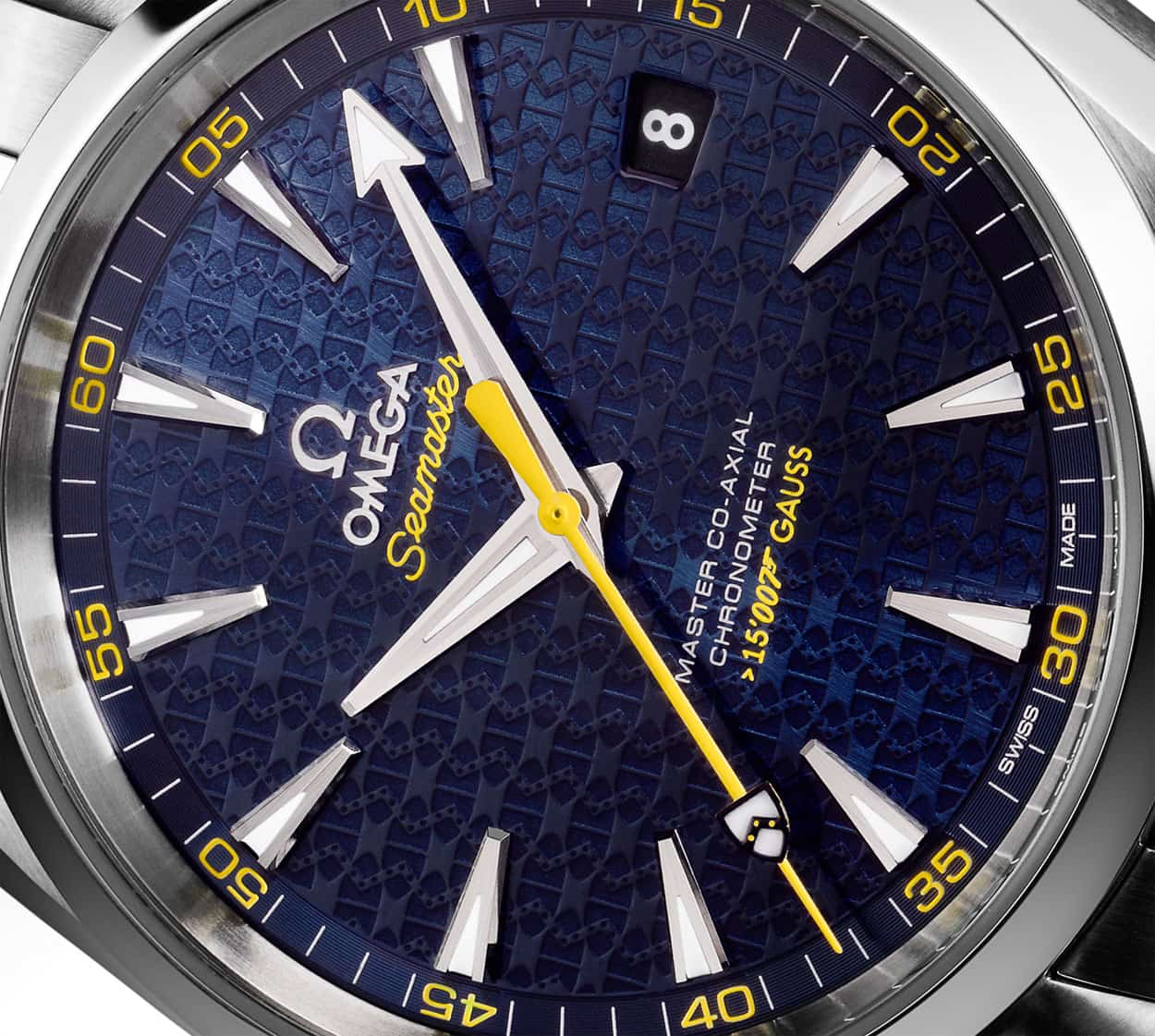 Omega’s inspiration comes from the Bond family coat of arms (see below) and has been integrated in the beautiful dark blue dial of the Seamaster Aqua Terra 150M. Also, the tip of the yellow second hand also features this coat of arms. Besides a yellow second hand, you will also find the minute ring to have yellow numerals as well as ‘Seamaster’ and the ‘> 15,007 gauss’ writing on the dial.

Although Omega introduced their new METAS standards (read all about METAS here) as a successor of the COSC’s chronometer standards, this James Bond Spectre limited edition falls still into the chronometer line-up of watches. However, the movement is of course the new Co-Axial 8507 calibre that would easily pass all tests with its > 15,000 gauss protection. This new range of Omega movements have a 4 year warranty. 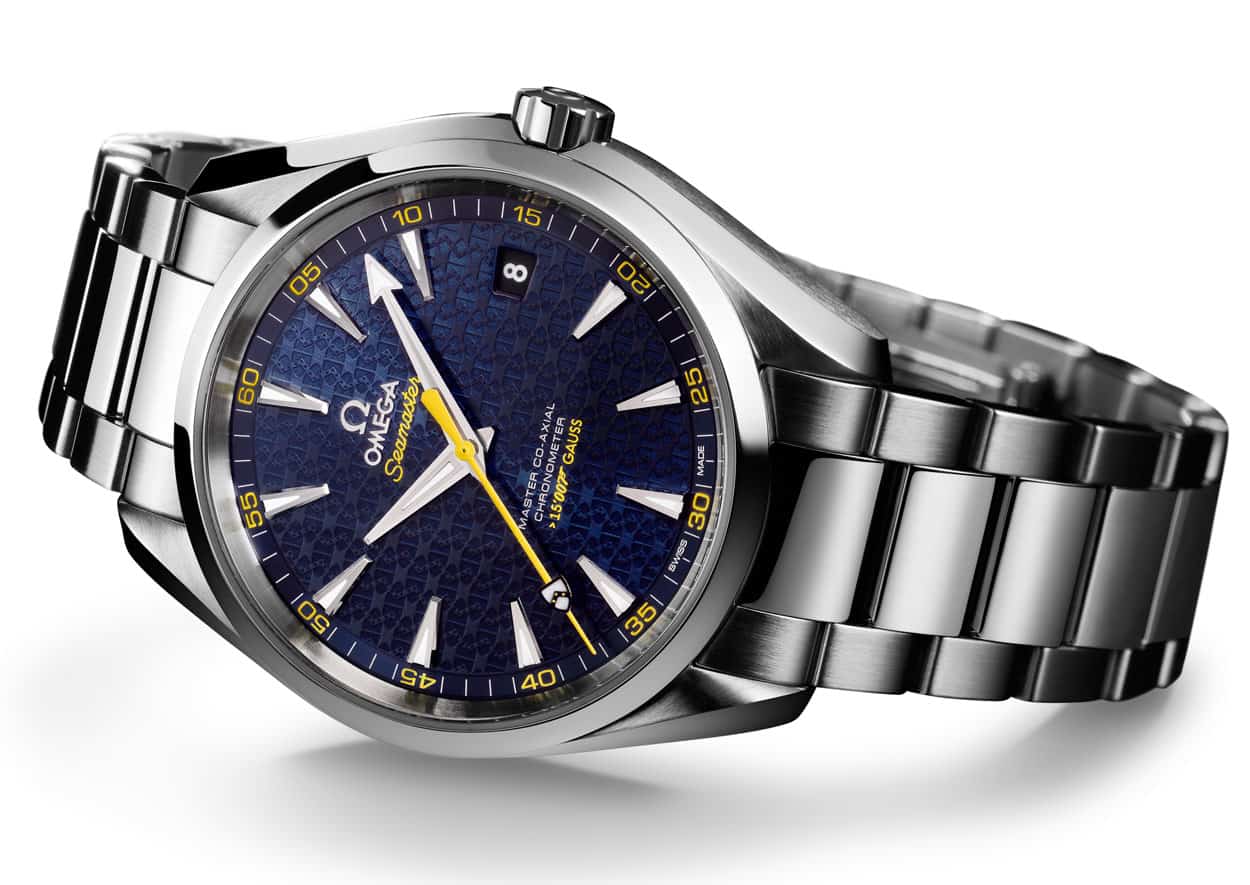 Omega made this James Bond Spectre watch limited to 15,007 pieces, with a nod to both the anti-magnetic movement and the 3 digit indicator of James Bond. Now you might thing that this is a very high number for a limited edition watch (and it is), but don’t underestimate the world wide demand for the James Bond watch from Omega. Where I can’t imagine that anyone ever walked into a boutique asking for the Adriana Lima watch (IWC), Cristiano Ronaldo watch (TAG Heuer), Roger Federer watch (Rolex) or even a George Clooney (Omega) watch (but perhaps this does work in some countries and regions), I’ve been told numerous times by retailers and boutiques that people actually do ask about the “James Bond watch”. So in that respect, my guess is that 15,007 pieces might be sold out faster than you think.

The Omega Seamaster Aqua Terra 150M Master Co-Axial has a diameter of 41,5mm and just like the previous limited edition James Bond watch, Omega used a gun barrel once more in the design of this watch. The rotor of the caliber 8507 movement has been cut and shaped to resemble the barrel of a gun. Unmistakably a James Bond design feature.