Hot Take: Omega Speedmaster Alinghi (Dark Side of the Moon) 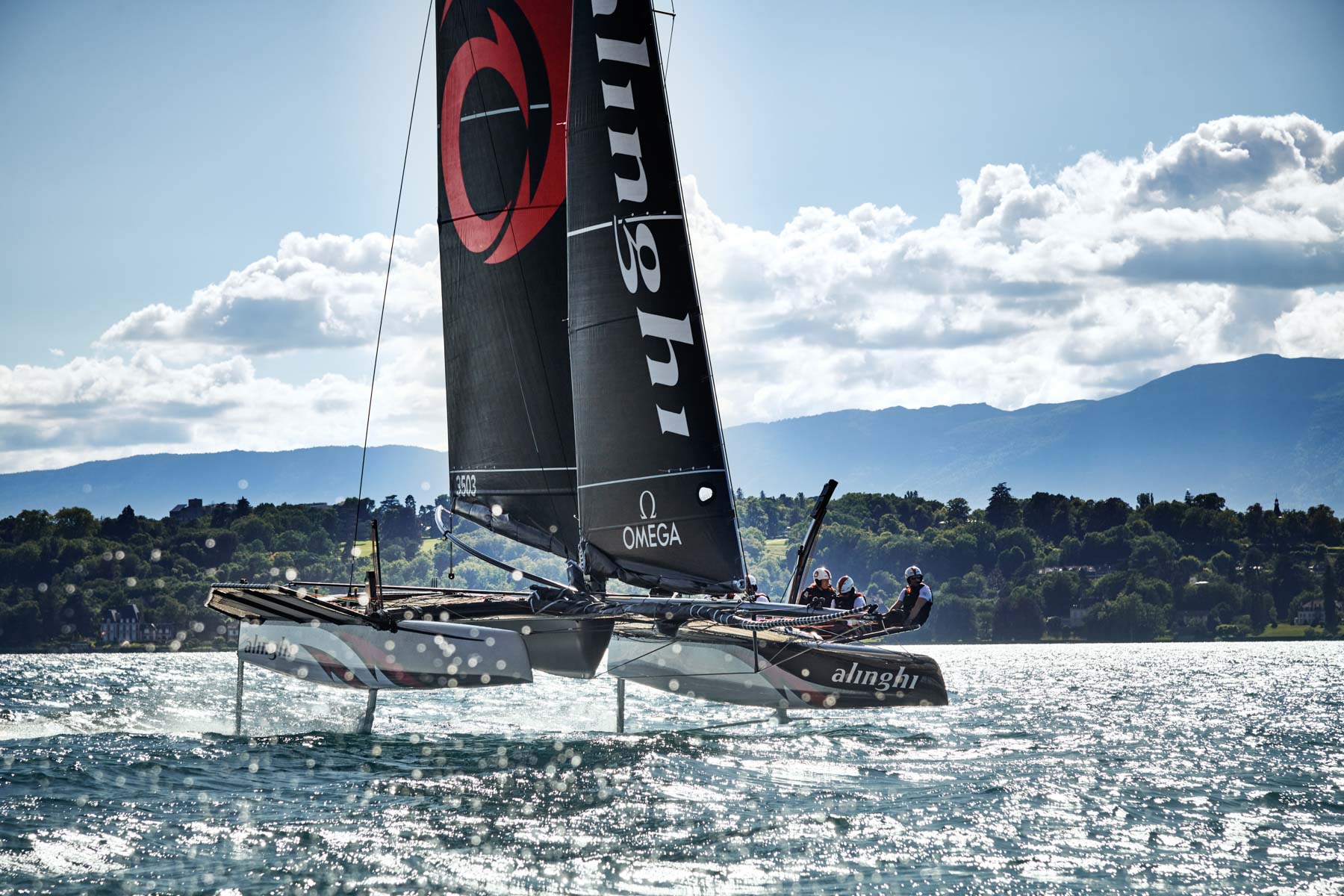 While the Speedmaster Apollo 8 revolves around the Moon, with its caliber 1869 with moon surface pattern (applied by laser ablation), this new Speedmaster Alinghi is all about sailing. A strange combination, you say? On the surface, perhaps a watch from the Seamaster collection might have been a more obvious choice. But remember, the Alinghi boats are all about speed. A sailor on one of these boats has no intention of swimming or diving, so the 50 meters of water resistance is fine. In fact, having an added incentive to stay on deck is no bad thing. 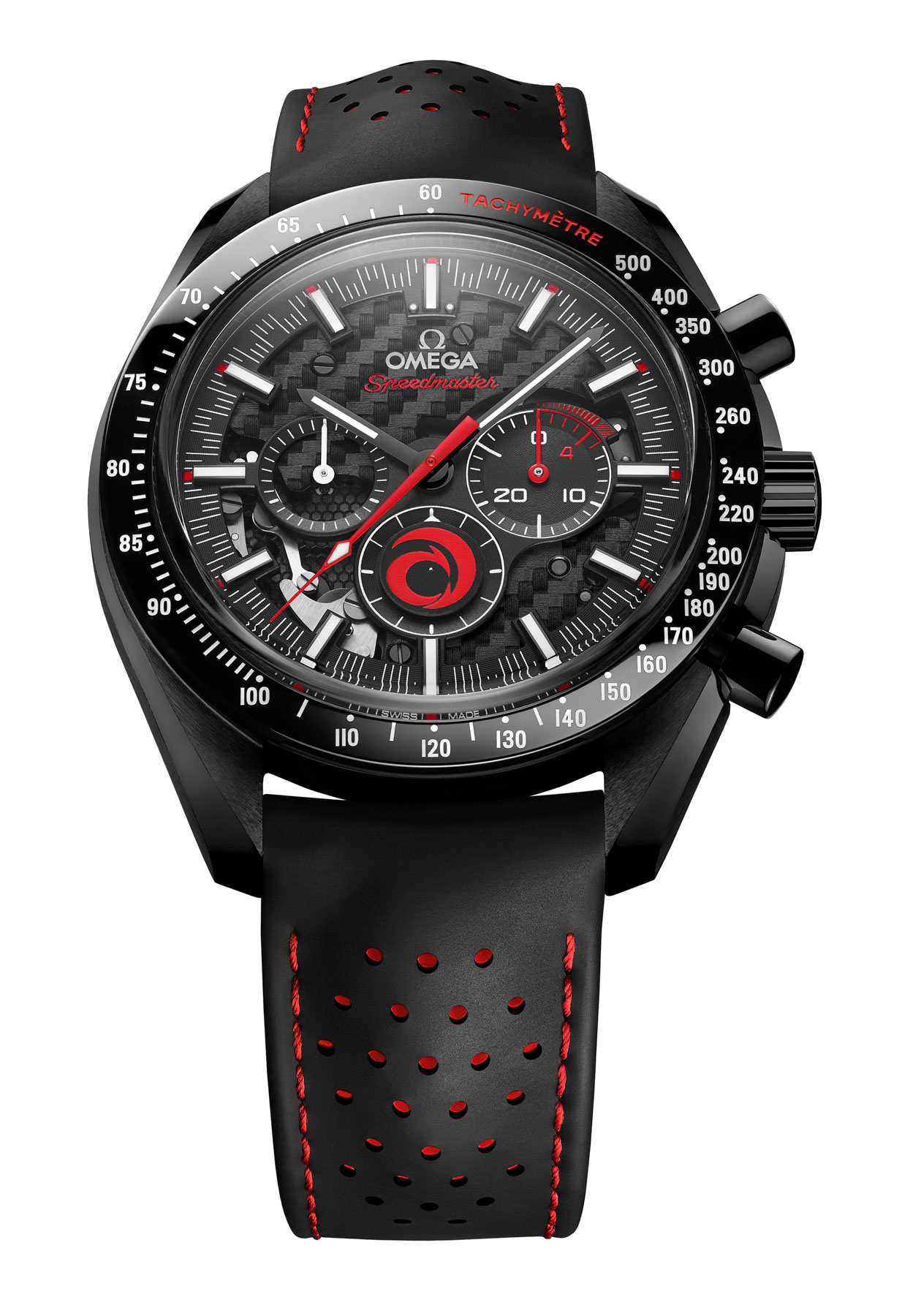 Omega is huge in sailing, and have been for many years. I had the honor — together with Gerard — to be invited by Omega to sail with one of the Volvo Ocean Race boats a few years ago. It was a pretty amazing experience that I won’t quickly forget. These boats are so fast! When they put me behind the steering wheel, I was simply baffled by how quickly we were moving and how light the controls were. Now, I have never sailed a catamaran, but I guess it would be a similar experience.

This isn’t the first time we’ve seen Alinghi special editions make their way into the watchmaking canon. HYT famously partnered with the team on a trio of limited editions starting in 2015. Consequently, we’ve seen the Alinghi logo integrated with watch designs before. The dynamic red wave has always looked quite at home thanks to its circular form, but here Omega takes its integration one step further. On this new Speedmaster, the Alinghi team logo is printed on a disc that occupies one of the three sub-dials. 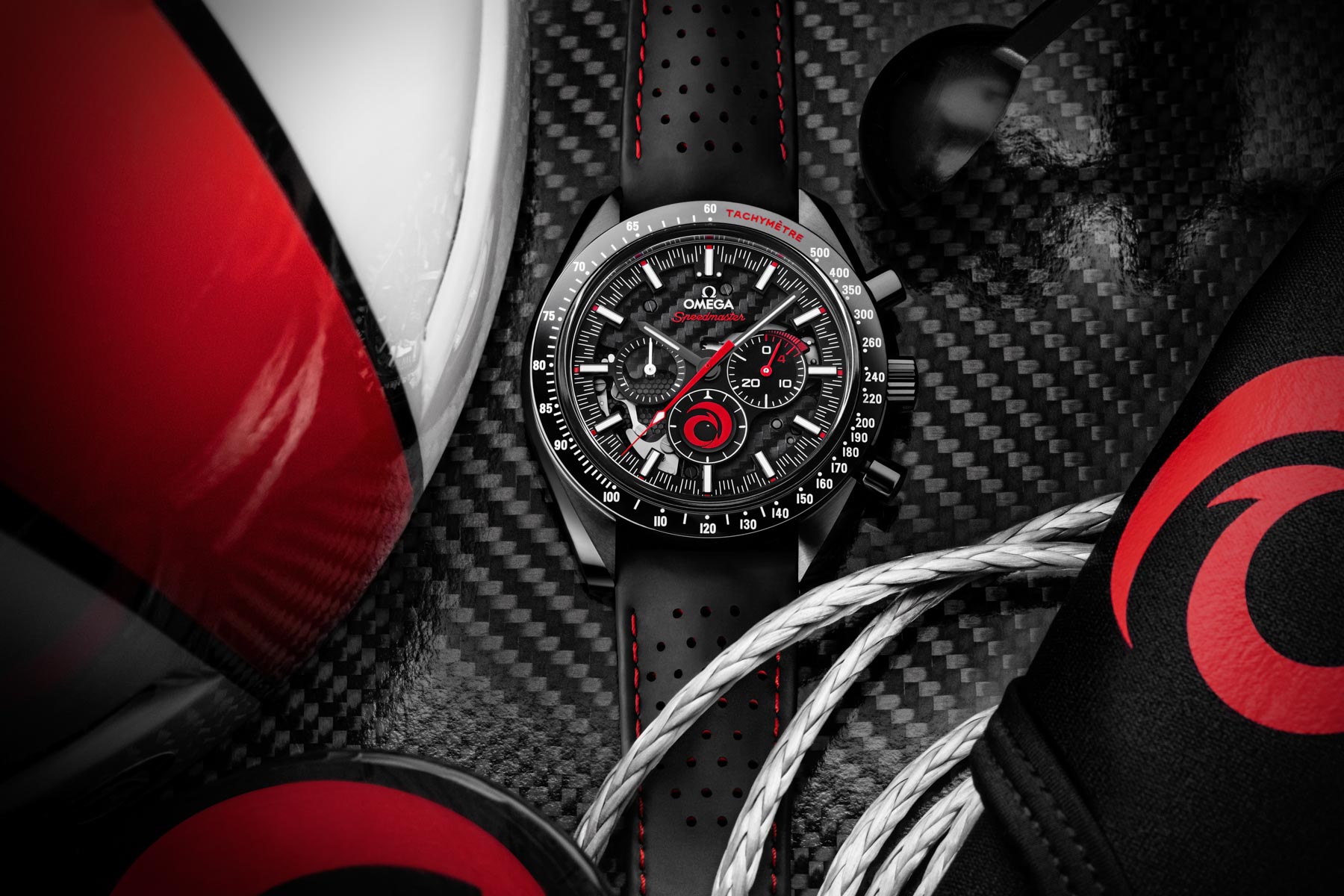 The red from the Alinghi’s logo has been carried over into the rest of the design for this edition. While the Apollo 8 had yellow accents, this Alinghi has red ones. The most obvious link to Alinghi is, of course, the rotating logo in the 6 o’clock subdial. Red can also be found on the hour markers, “Speedmaster” wording, chronograph hands, and the “Tachymetre” wording on the ceramic bezel. 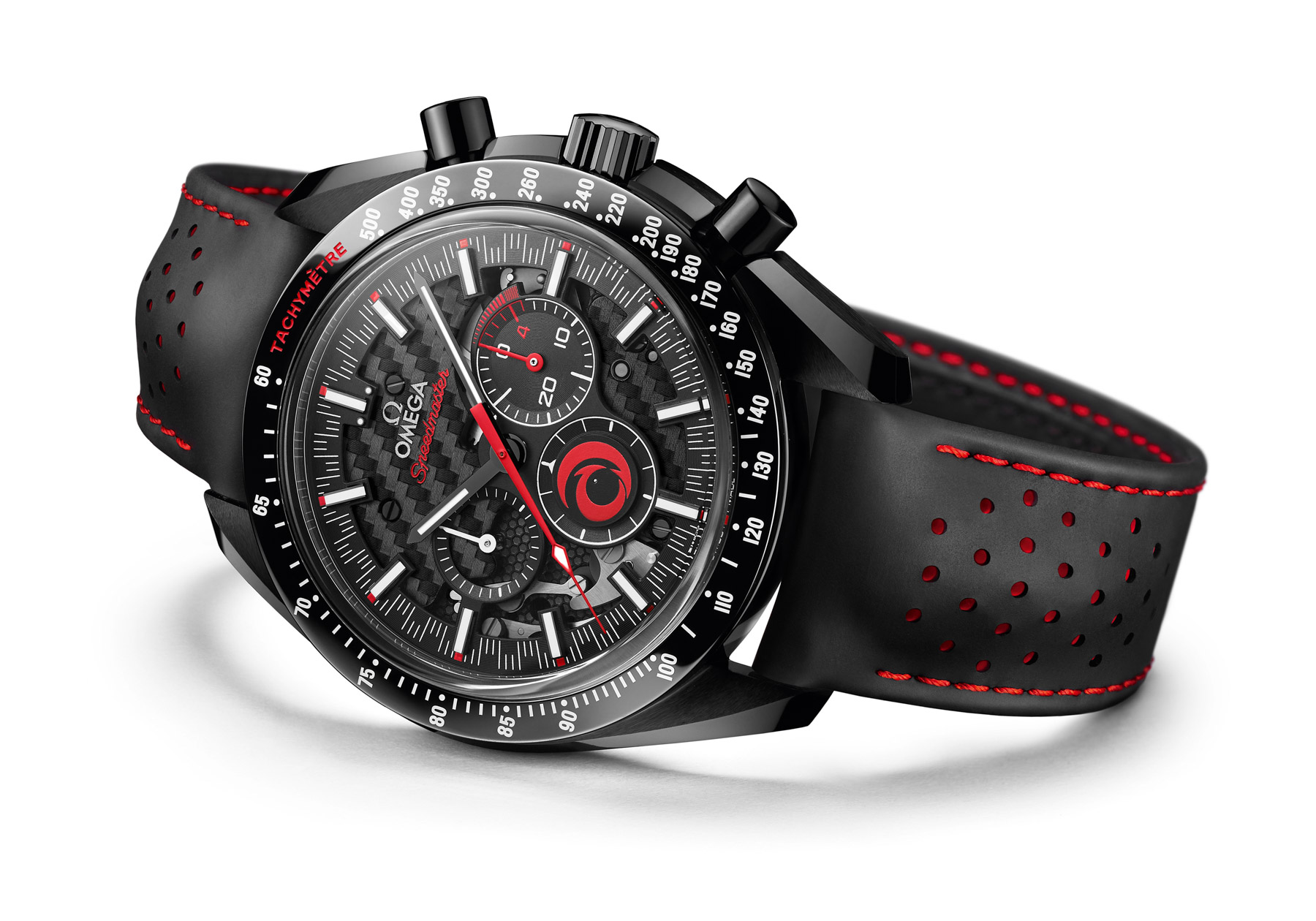 The minute recorder at 3 o’clock shows the 4 and 5 minutes “tactical time display” in red as well. While I was not immediately convinced by the yellow of the Speedmaster Apollo 8, the red is far more digestible. 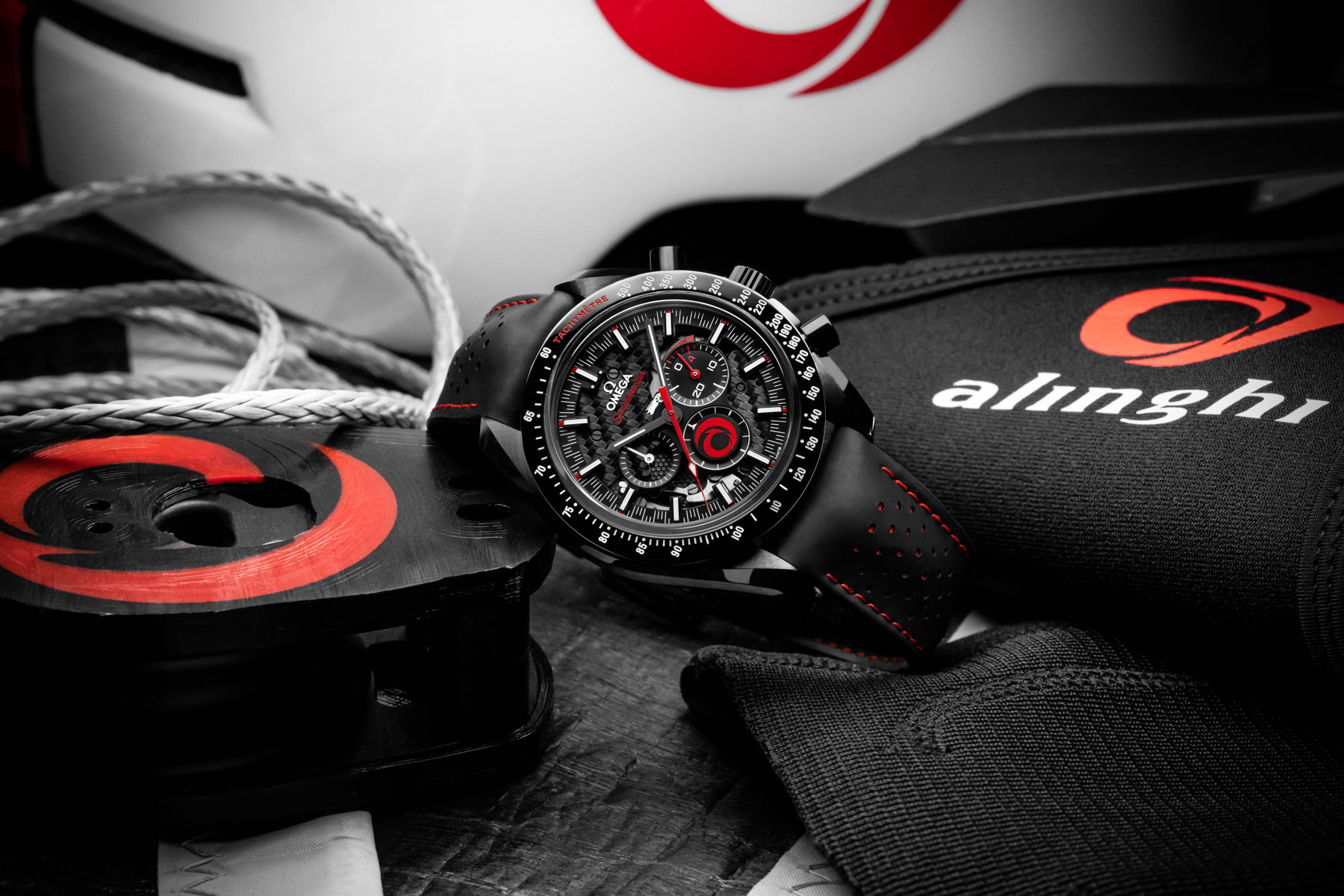 I wish Omega had been more cautious with the Dark Side collection from the start. In the first few years, Omega introduced quite a few variations. In hindsight, I think a slower, more thoughtful approach might have helped define the collection better. The Apollo 8 was the first iteration of the Dark Side of the Moon that I truly love and consider it added value to the first DSoTM. This Speedmaster Alinghi is the next addition that I think works really well. Even if you have no real connection to sailing or Alinghi, the red accents might be your thing. But the best is perhaps yet to come. 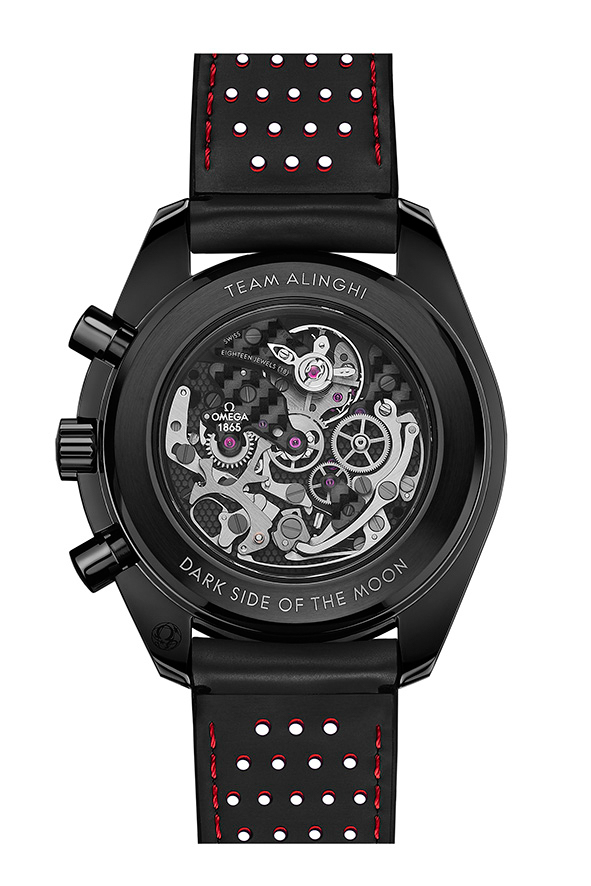 This movement is based on the hand-wound caliber 1861, which we know from the Speedmaster Professional Moonwatch. The looks are slightly different though! Just like we saw with the cratered caliber 1869, caliber 1865 is all about fast catamarans. The inspiration for the movement comes from the TF35 catamaran. Caliber 1865’s manipulate and barrel bridge are patterned with a honeycomb effect, matching the interior of Alinghi’s TF35 carbon hull. All the bridges of the hand-wound movement have been decorated (also by laser ablation technology) with a carbon pattern. 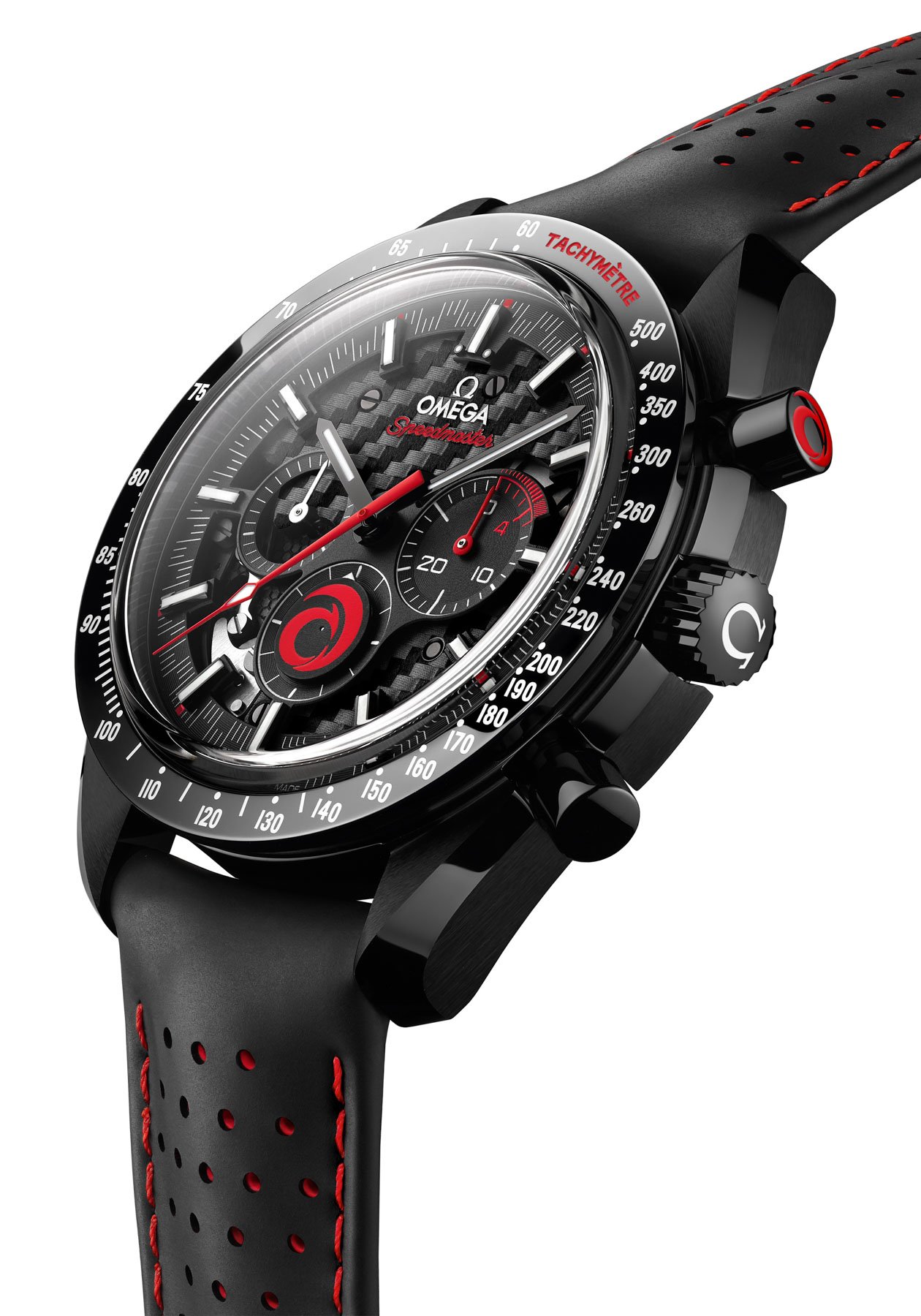 On the start/stop pusher, you will find the Alinghi logo in red varnish. The Speedmaster Alinghi comes on a black and red perforated (racing) strap, made of rubber. Also, the tachymeter scale and Omega logo on the crown are luminous. The 44.25 diameter case is, of course, made of ceramic. The box is a black and red softshell affair (below), much like the ones Omega uses for the Ploprof watches. On the inside, you will find a carbon inspired interior and the Alinghi logo. 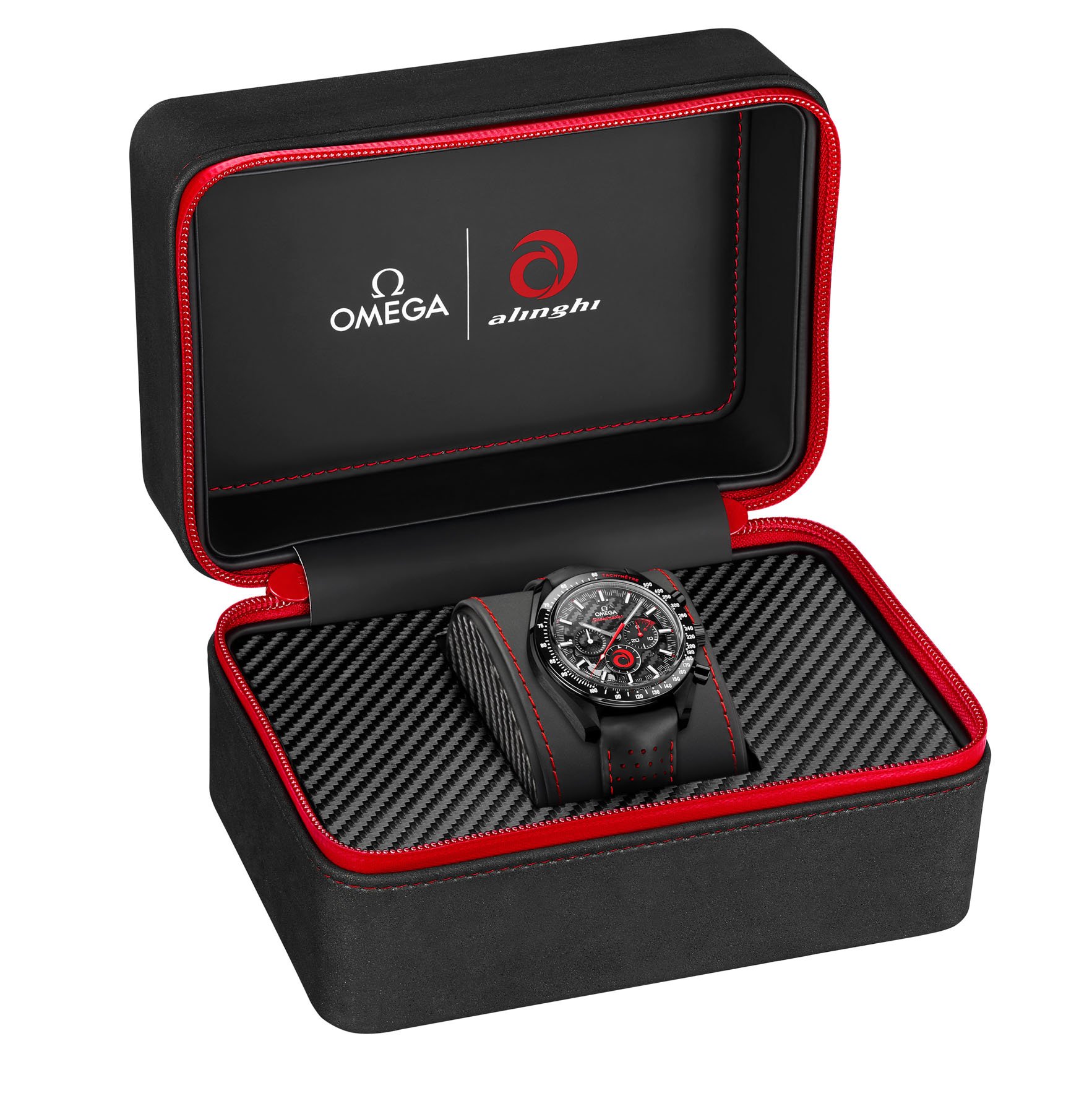 To be honest, I really don’t care much about this discussion today. I collect Speedmasters, so I just want to buy some variation in the collection. Whether that is labeled limited edition or not, I don’t care. I just want the watch to be nice. But the wording “limited edition” seems to work like a red cloth on certain people. I would have purchased the Moonshine if it wasn’t limited to 1,014 pieces and I would have bought the Speedmaster Caliber 321 if it wasn’t so limited in production. I buy the watch because I like it for what it is. Not its “exclusiveness”, because I don’t care about what others have, can’t have, or want to have. 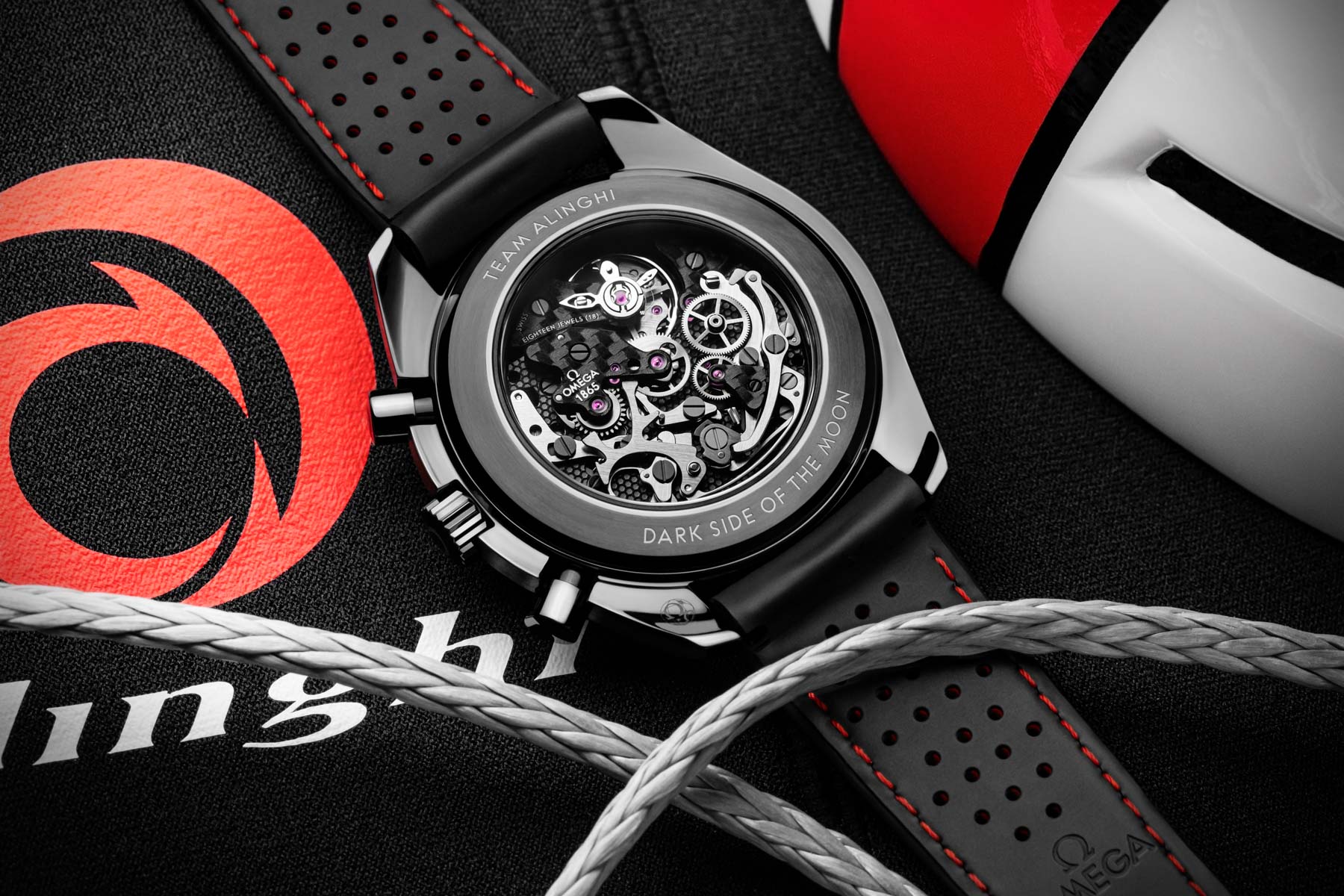 The Speedmaster Alinghi will retail for CHF 10,000 (excl sales taxes) and the first watches are being delivered to the market right now. More information is available via the official Omega website.