Omega Speedmaster Mark II — The One Mark To Rule Them All

The Omega Speedmaster Mark II originates from a project meant to be the “Lunar Surface Chronograph”. NASA engineer James H. Ragan wanted a watch that could withstand the heat and cold on the Moon’s surface. Omega developed such a watch under the code name Alaska, a large titanium timepiece with a silvery white dial. Ultimately, it was too expensive, so NASA decided to stick with the caliber-321-powered Speedmaster Professional. This case’s development, however, led to the Speedmaster Mark II. 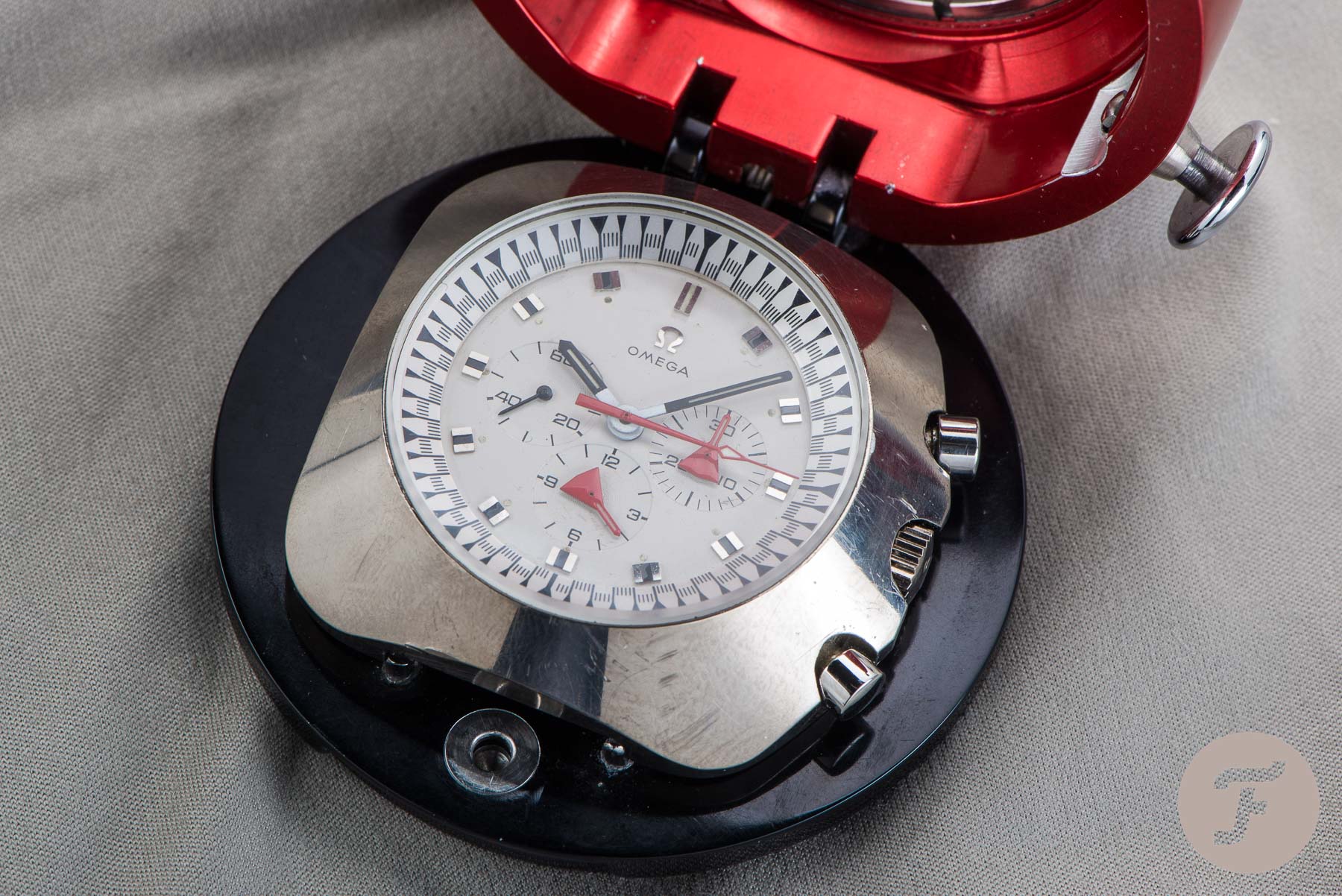 Eventually, Omega used the 1969 Speedmaster Mark II case for another Alaska prototype, but that one didn’t make the cut either (read our article on it here). Omega intended to streamline the case of the Speedmaster and bring it up to the then-modern standards. As you can see, the case shows similarities to the titanium case used for the Alaska Project. 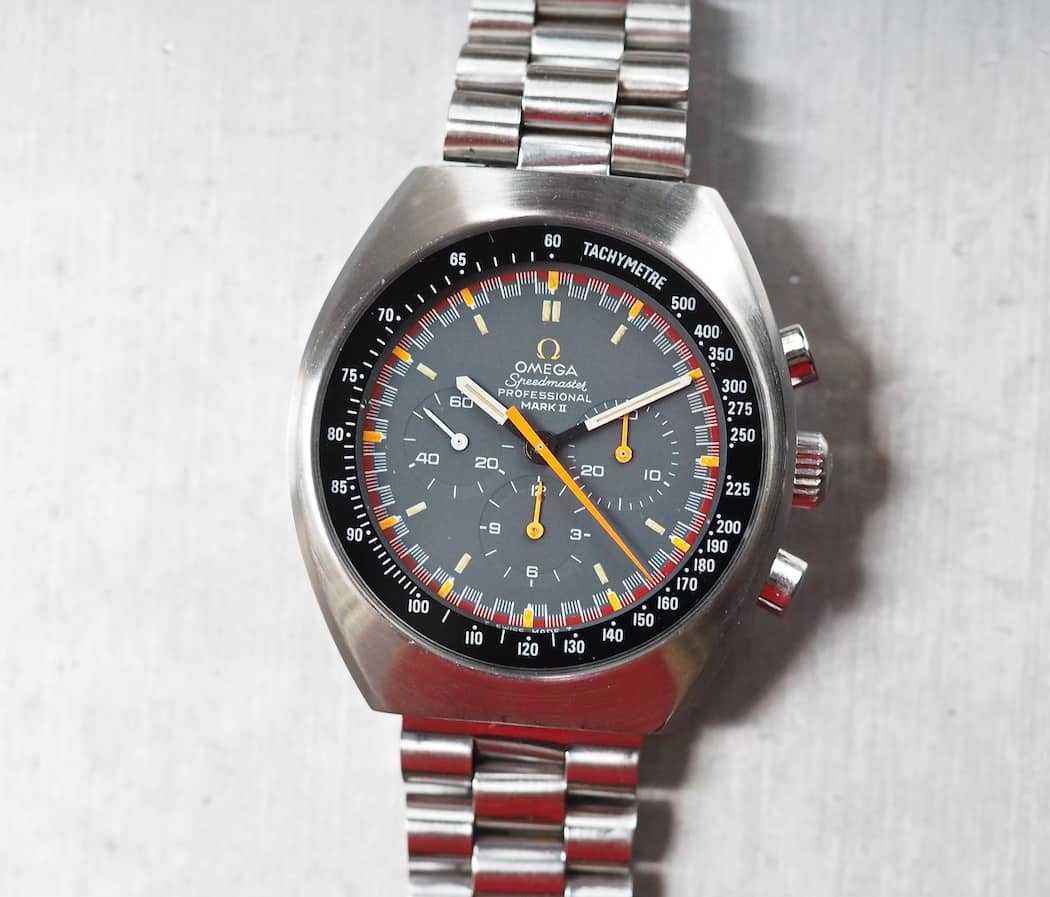 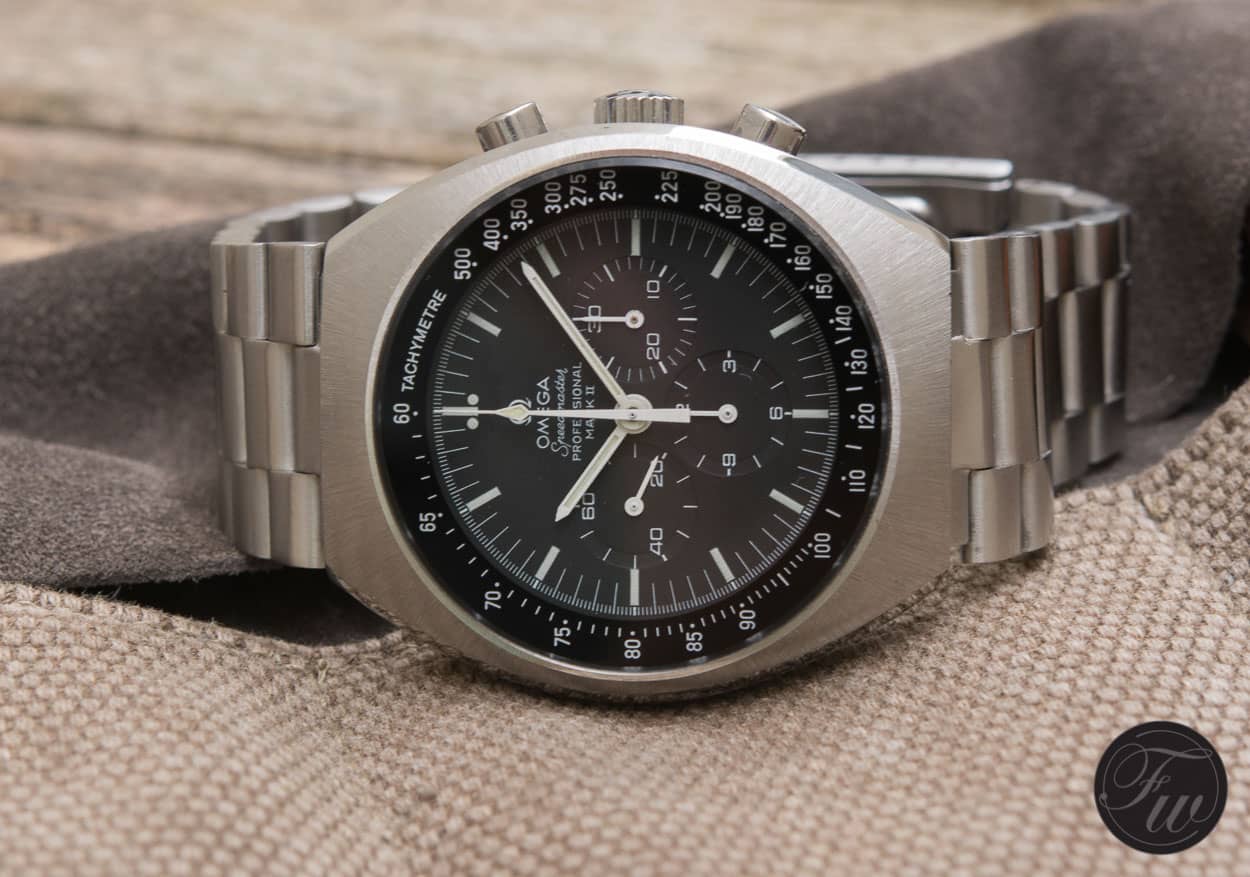 However, the Mark II wears quite differently on the wrist due to the tonneau-shaped case. It also doesn’t have a domed Hesalite crystal but a flat mineral crystal with the tachymeter scale underneath. The Speedmaster Professional Mark II came on a stainless steel bracelet (reference 1162), but the case also accepts a 20mm strap. 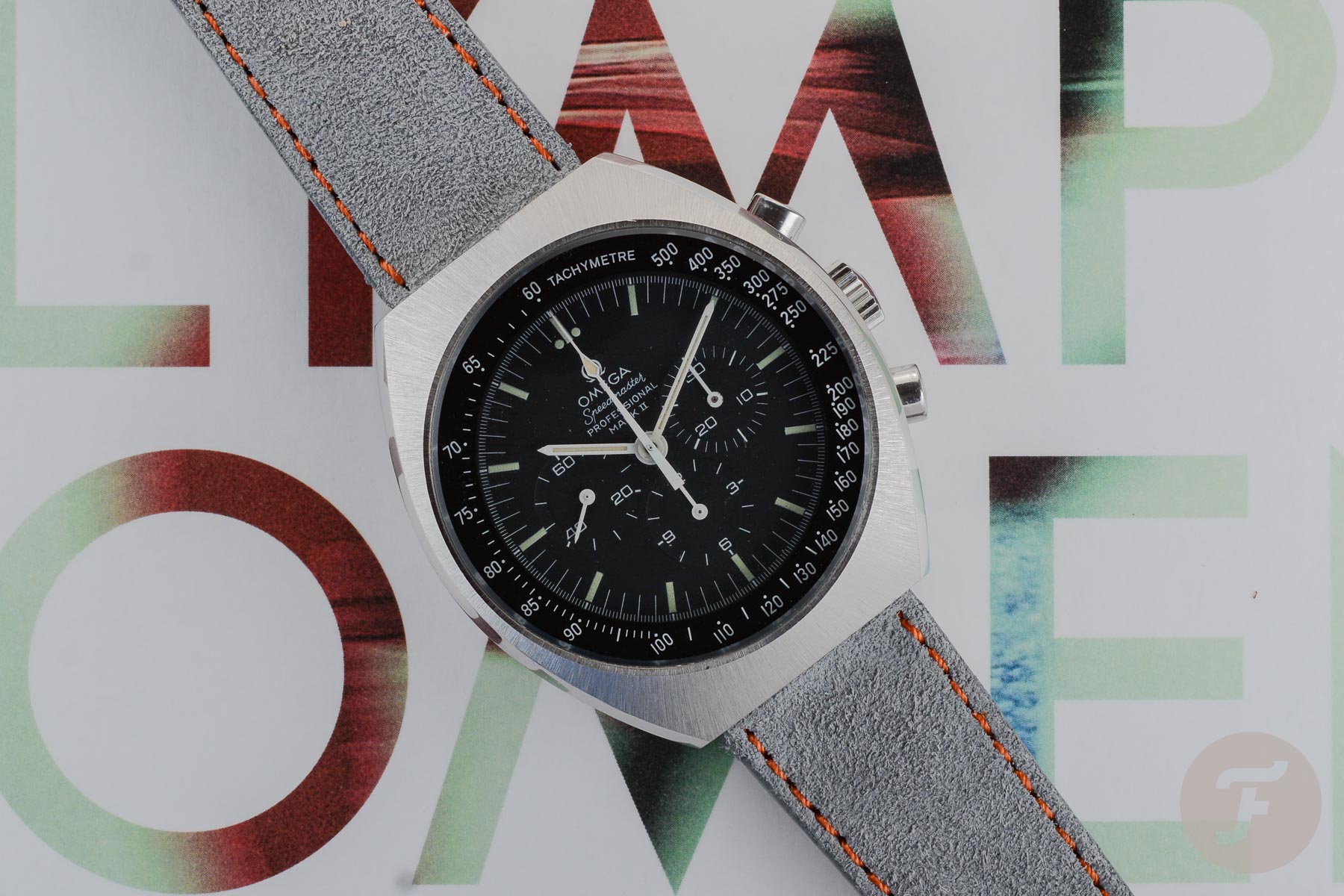 Interestingly, the regular Speedmaster Professional never went out of the collection (perhaps one of the best decisions ever, as it’s still there today). Instead, Omega offered the Speedmaster Mark II alongside the regular Moonwatch. 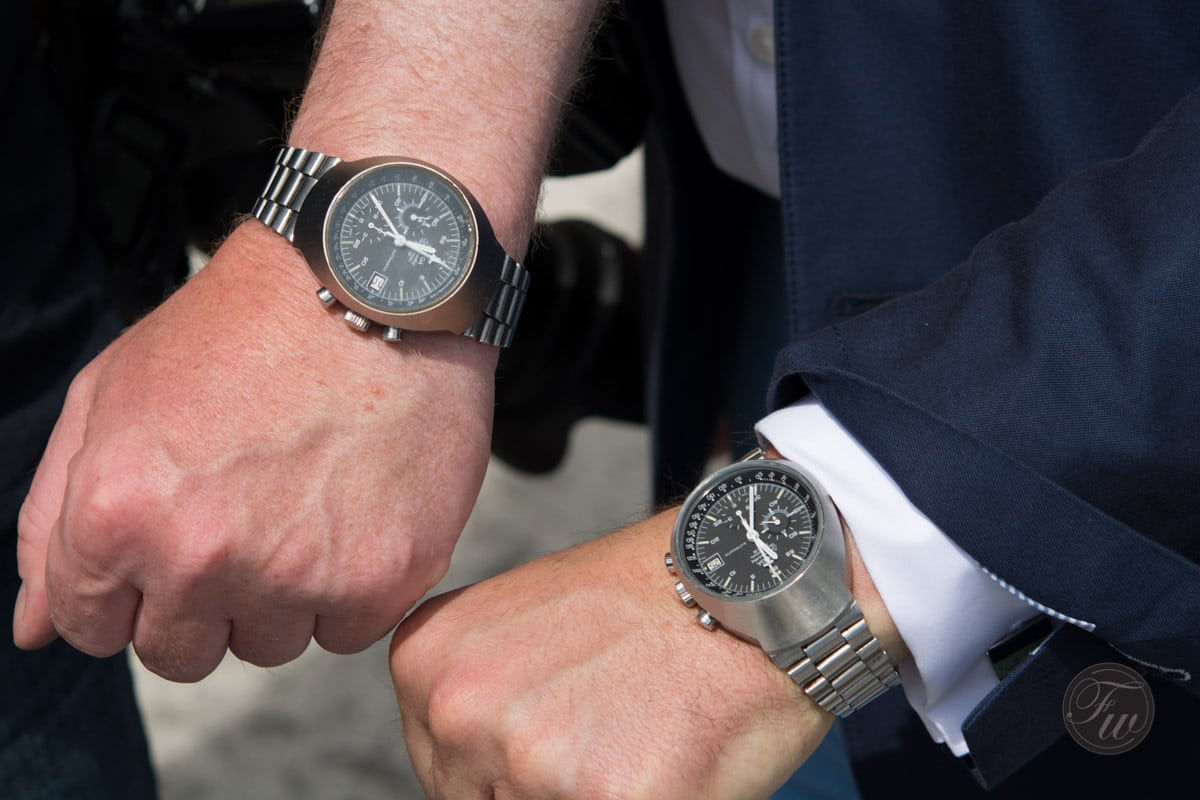 In the years that followed, Omega started to design and produce other different Speedmaster models. In 1971, the Speedmaster Professional Mark III made its debut. It had a gigantic, very 1970s case, similar to the Flightmaster watches, with a self-winding movement inside. This 1040 movement, like the hand-wound caliber 861, was also based on a Lemania caliber (1340). Although the Mark III has its fans, due to the size, it’s a bit of an oddball in the collection. And so was the commemorative Speedmaster 125 that Omega introduced in 1973 to commemorate the 125th anniversary of the company. It was a big chunk of steel powered by a chronometer-certified version of the same movement used in the Speedmaster Mark III, dubbed caliber 1041. 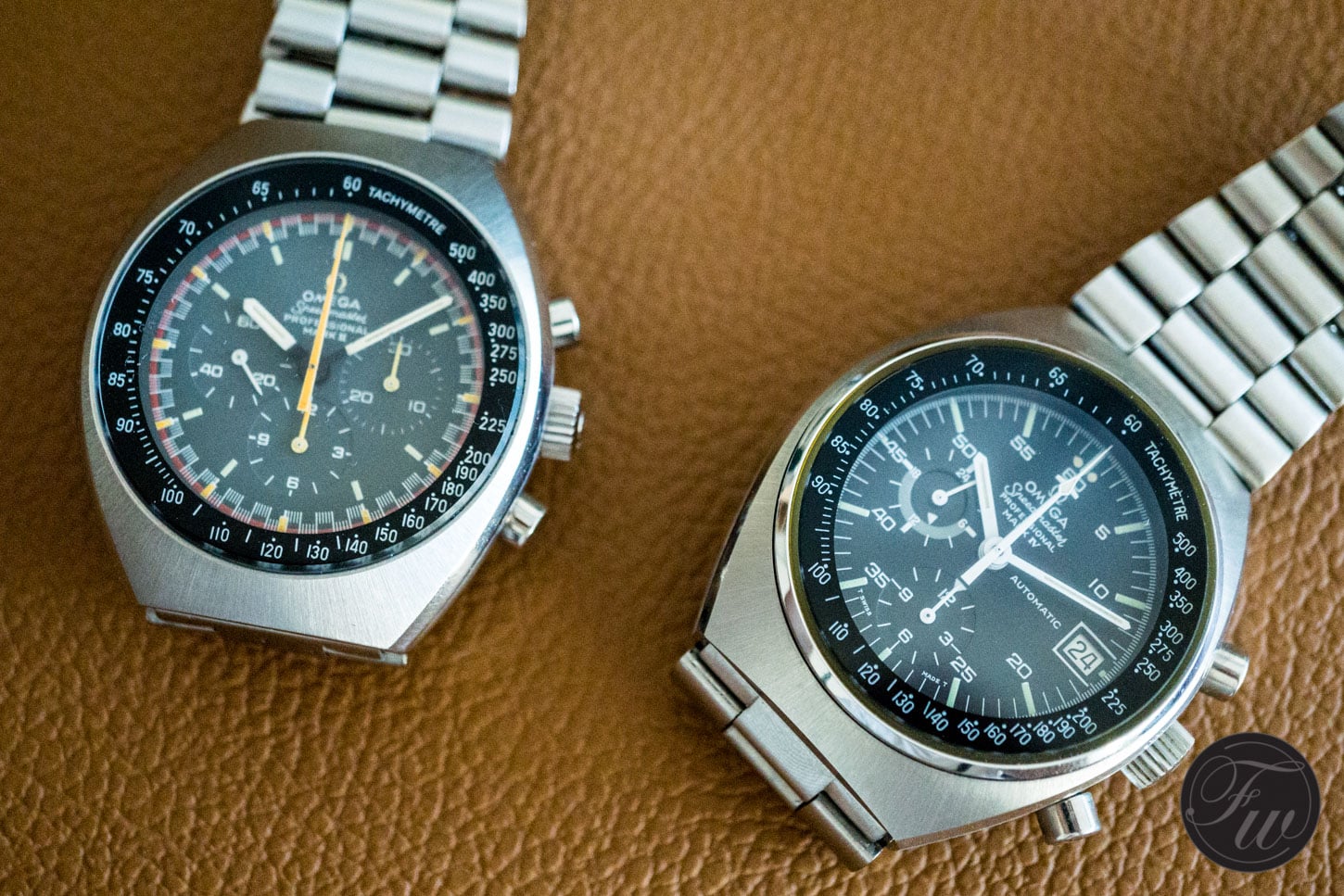 The Mark II (Racing) and Mark IV side by side 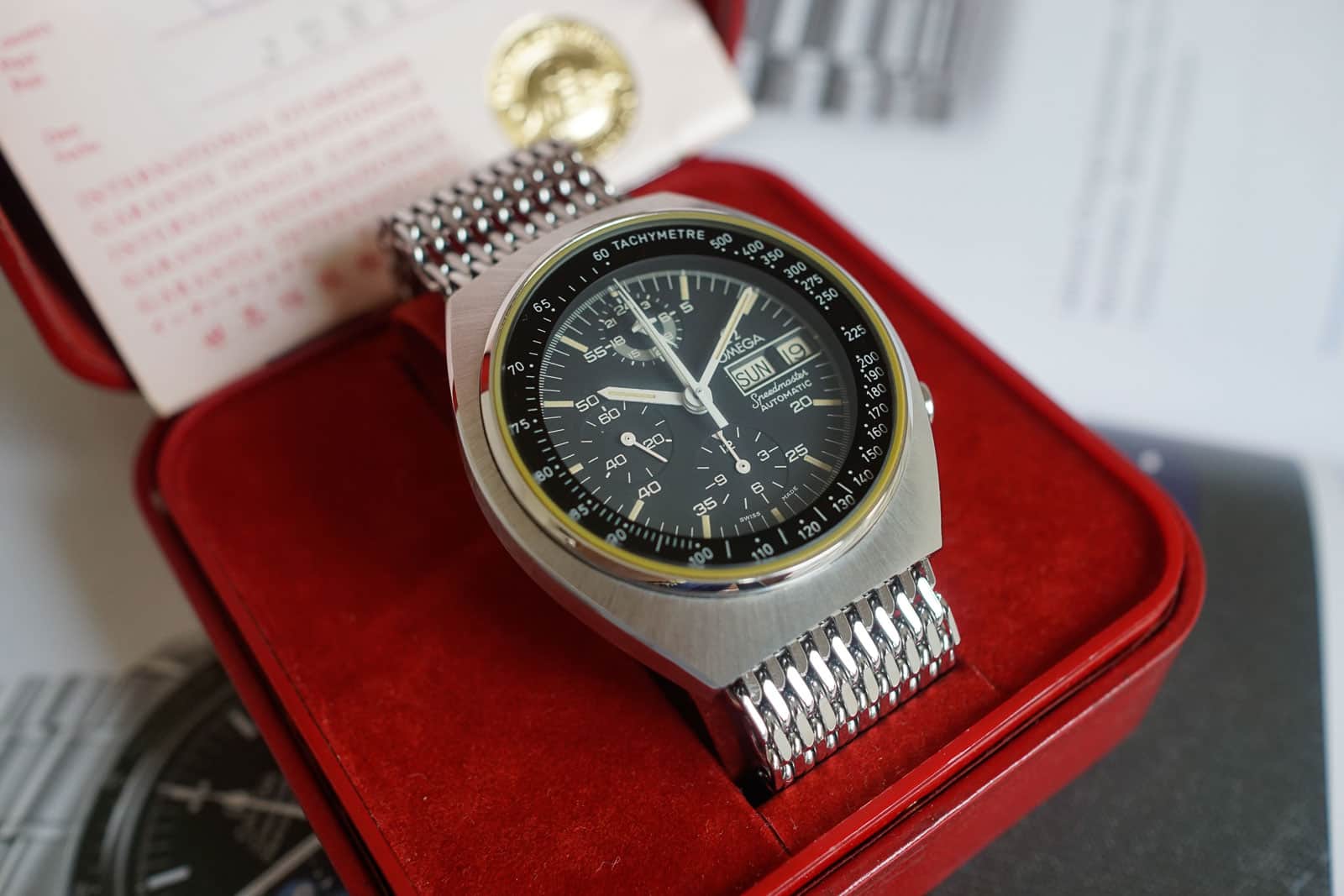 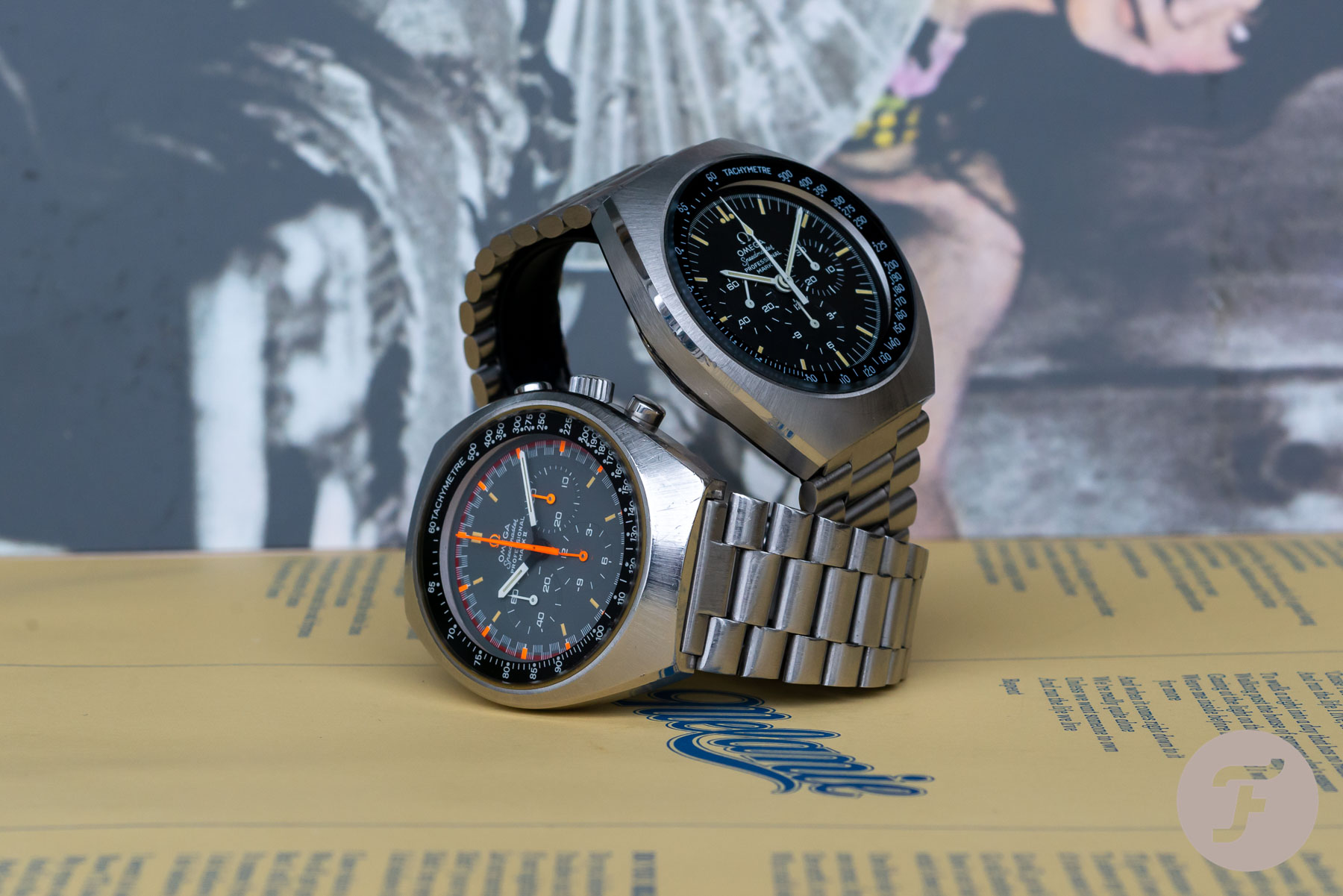 The one to rule them all

As you’ve read above, it started getting messy in the Omega Speedmaster Mark series collection. Omega was experimenting with different designs and models, and I even left some out in the paragraphs above, such as the Speedsonic (which used a tuning fork movement) or the different case variations of the Mark 4.5. In my opinion, the Speedmaster Mark II was the cleanest Mark model and a worthy successor or sidekick to the classic Speedmaster Professional Moonwatch. Whereas the Mark III, IV, 4.5, and V are all interesting collectible objects as such, the Speedmaster Mark II has a little bit of NASA history, as it was the model based on the Alaska Project, and the later Mark II case was used for an Alaska prototype. 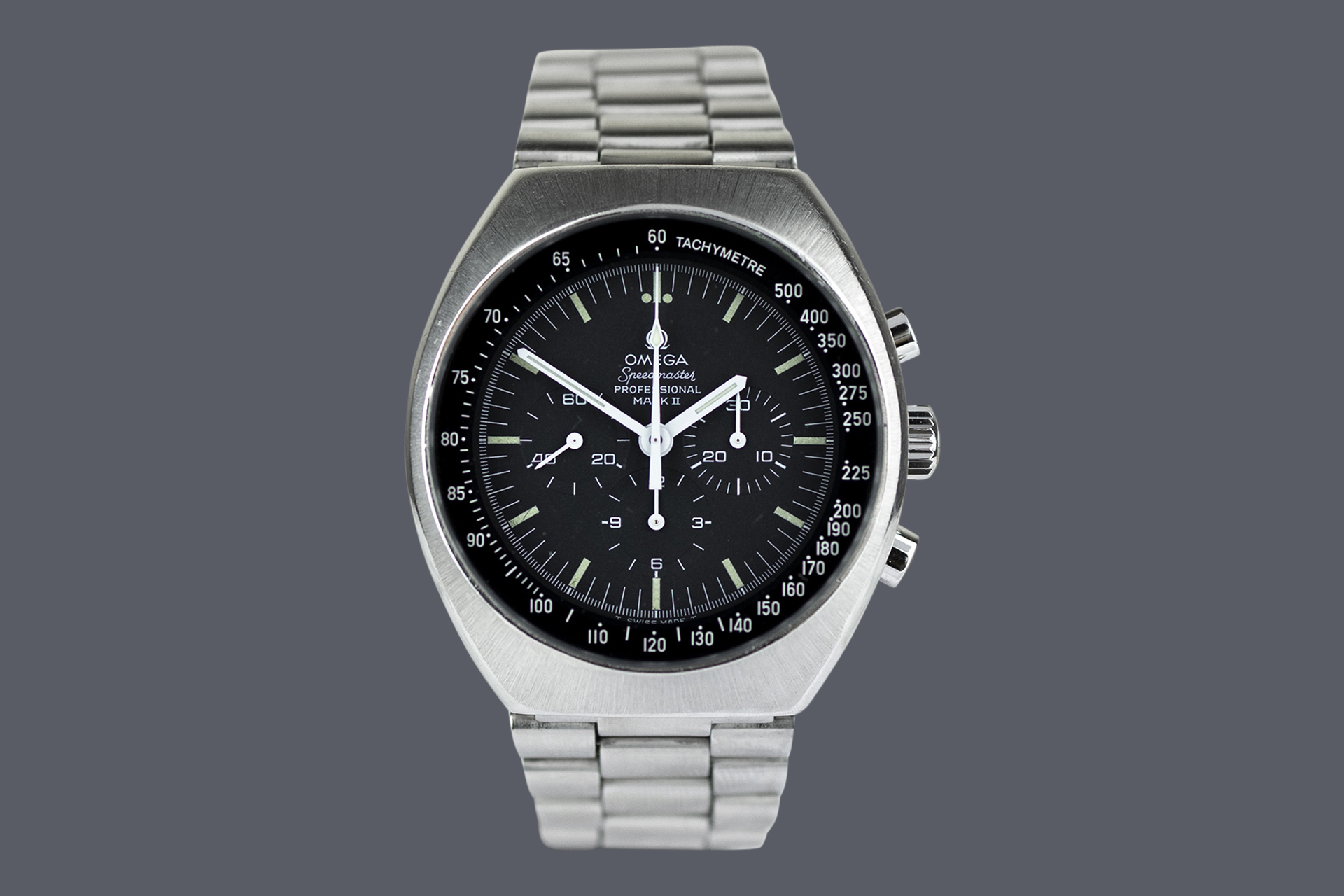 Omega tried to bring the Mark II back in 2014 with a new re-edition. It was available in the same standard and “Racing” dial versions, and later on, a Sedna Gold/steel model joined the lineup as well as a commemorative edition for the 2016 Olympic Games (Rio). These models weren’t incredibly successful (you can still find them), but they’re pretty good watches. These newer models are slightly larger (42.4mm) than the original and fitted with a self-winding Co-Axial chronometer-certified caliber 3330. However, the Speedmaster enthusiast might rather go after the original Speedmaster Mark II 145.014, which, these days, can be found in nice condition around the $3,000 mark (here’s one). 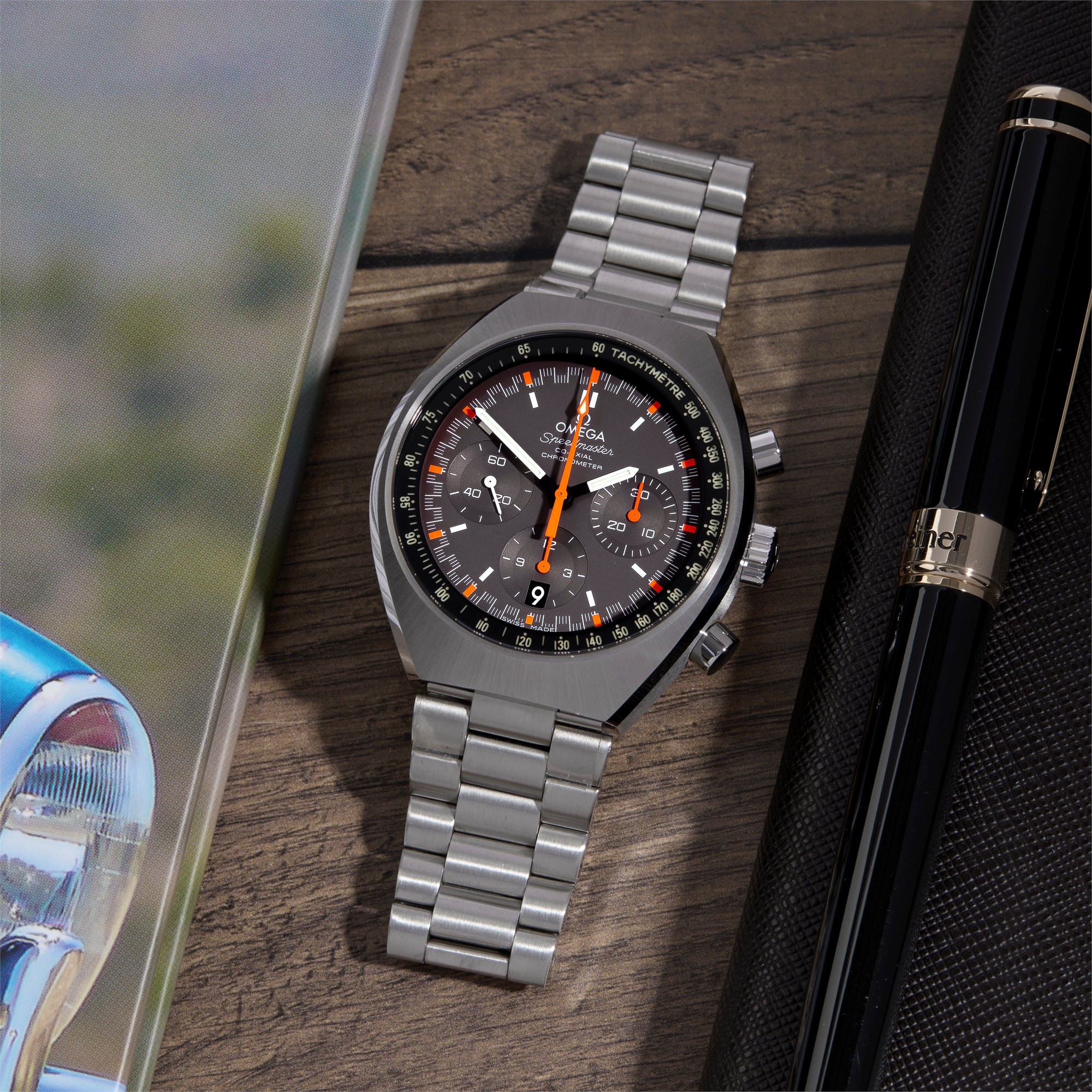 I neglected the Speedmaster Mark II 145.014 for a long time, but I found a nice early 1970s model for around €1,000 about 10 years ago. If I am not mistaken, it was also the first Speedmaster that the legendary Speedmaster collector Chuck Maddox bought himself in a pawn shop for around $500. But those days are long gone. In the last few years, the watch has gained more appreciation from the Speedmaster community. It’s a great watch that still can be had for much less than the classic Omega Speedmaster Professional Moonwatch, and yet, it has a relevant place in the history of Omega Speedmaster watches. It still feels somehow like a hidden treasure.

What are your thoughts on the Speedmaster Mark II? Would you choose it over a Moonwatch or only get one as a sidekick piece? Also, do you prefer any other Mark-series watches over the Mark II? Let me know in the comments.