Three Beautiful Omega Speedmasters Up For Auction In Monaco

Auctions are an interesting platform to see the appetite for certain watches, or in this case, Speedmasters. We recently touched on the topic of auctions and their absurdity, but that’s of course not always the case. Regardless of some of the amazing results, auctions give an indication of the popularity or unpopularity of a certain watch or reference.

Antiquorum’s Important Modern & Vintage Timepieces Monaco auction will take place today, January 18th, 2022, at 4:00 PM local time. Nine lots out of the 178 are Omega Speedmasters. Let’s have a closer look at three of the Omega Speedmasters that are on the auction block today. 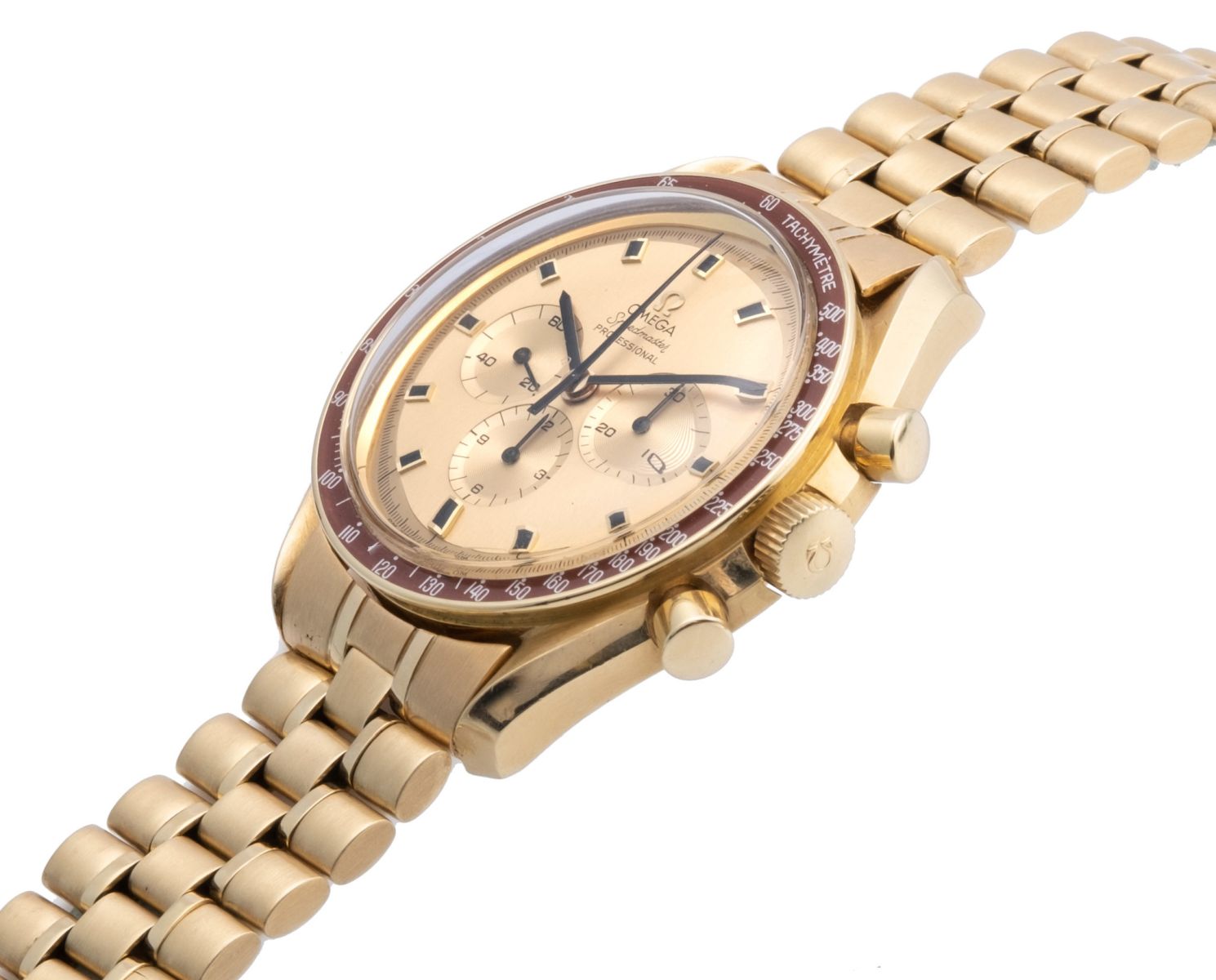 I’ve covered this watch here often, as I seem to have a life-long crush on this gold Speedmaster Apollo XI. Omega produced 1,014 of these Speedmaster Professional BA145.022-69 references and this one has the number 904 engraving. An interesting fact is that all models numbered above 1,000 were reserved for NASA astronauts and some other officials, just like the first 32 pieces. This Speedmaster Professional was the first to be produced in gold, and only in 1980 did Omega do a second Moonwatch in gold. According to Antiquorum, the watch is in excellent condition. 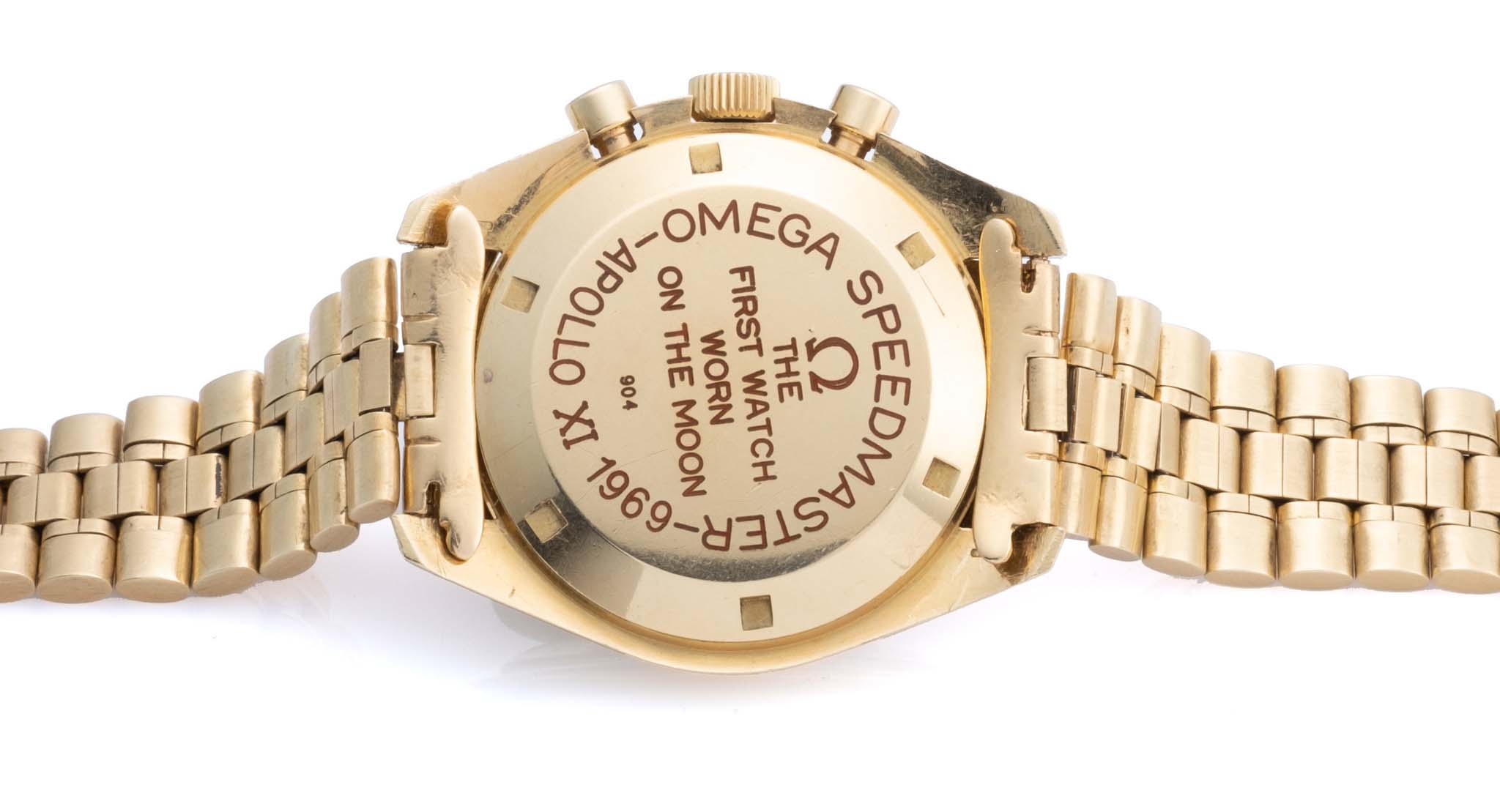 The case, including the engraved case back, appears to be in very good condition. Often the bezel shows dents or scratches, or sometimes even has pieces missing from the burgundy red bezel. This bezel only shows a spot at the “130” mark on the tachymeter. The hands and dial are original and in good shape. The dial has the “OM” (Or Massif) markings to indicate that it is made of solid gold. The estimate for this watch is between €30,000 and €50,000 ($33,900 and $57,000), but this seems to be on the low end considering the condition. You will find some pieces offered on Chrono24 for around the same price that are in worse condition than this. 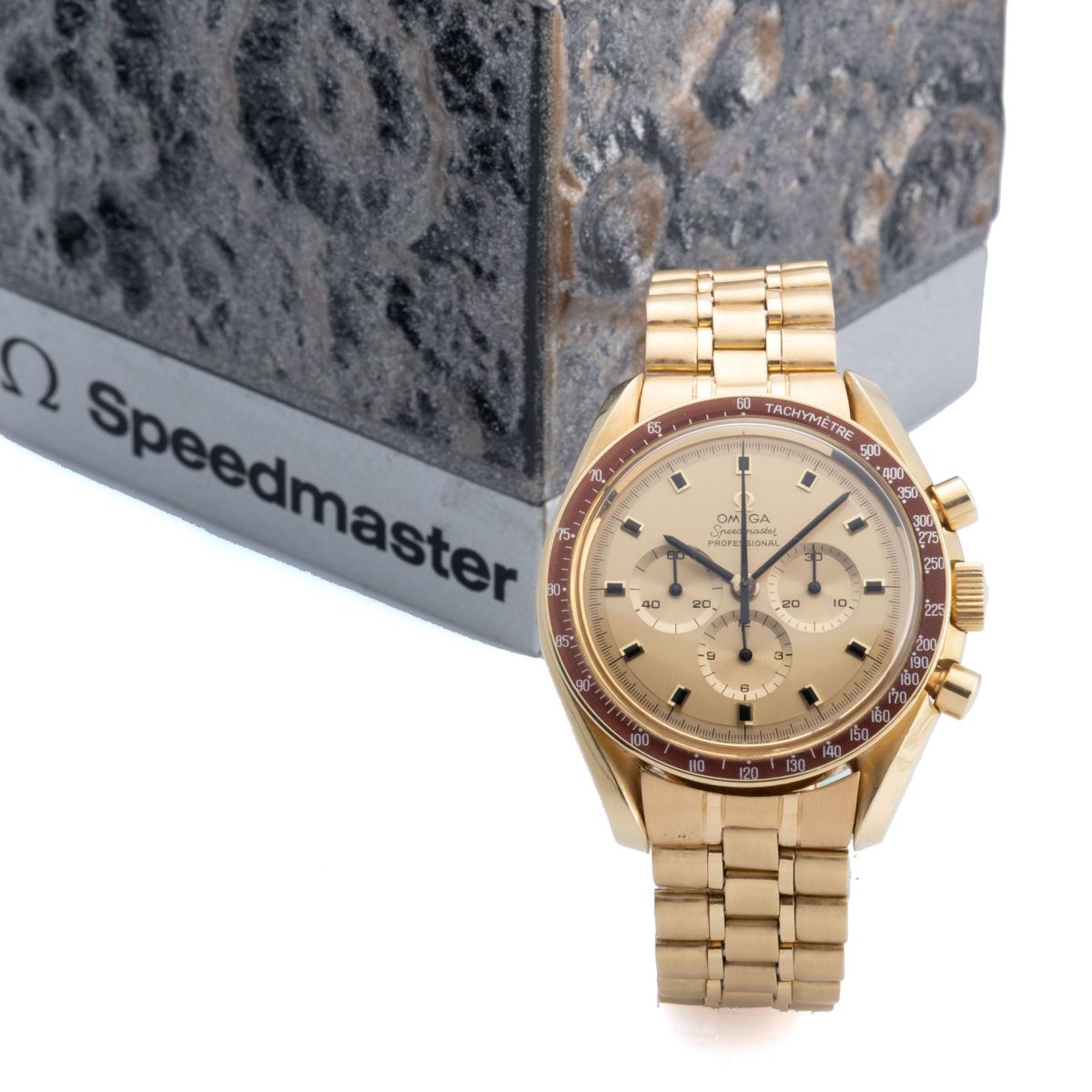 As a plus, this BA145.022-69 comes with the original crater box. See more information on this watch here. 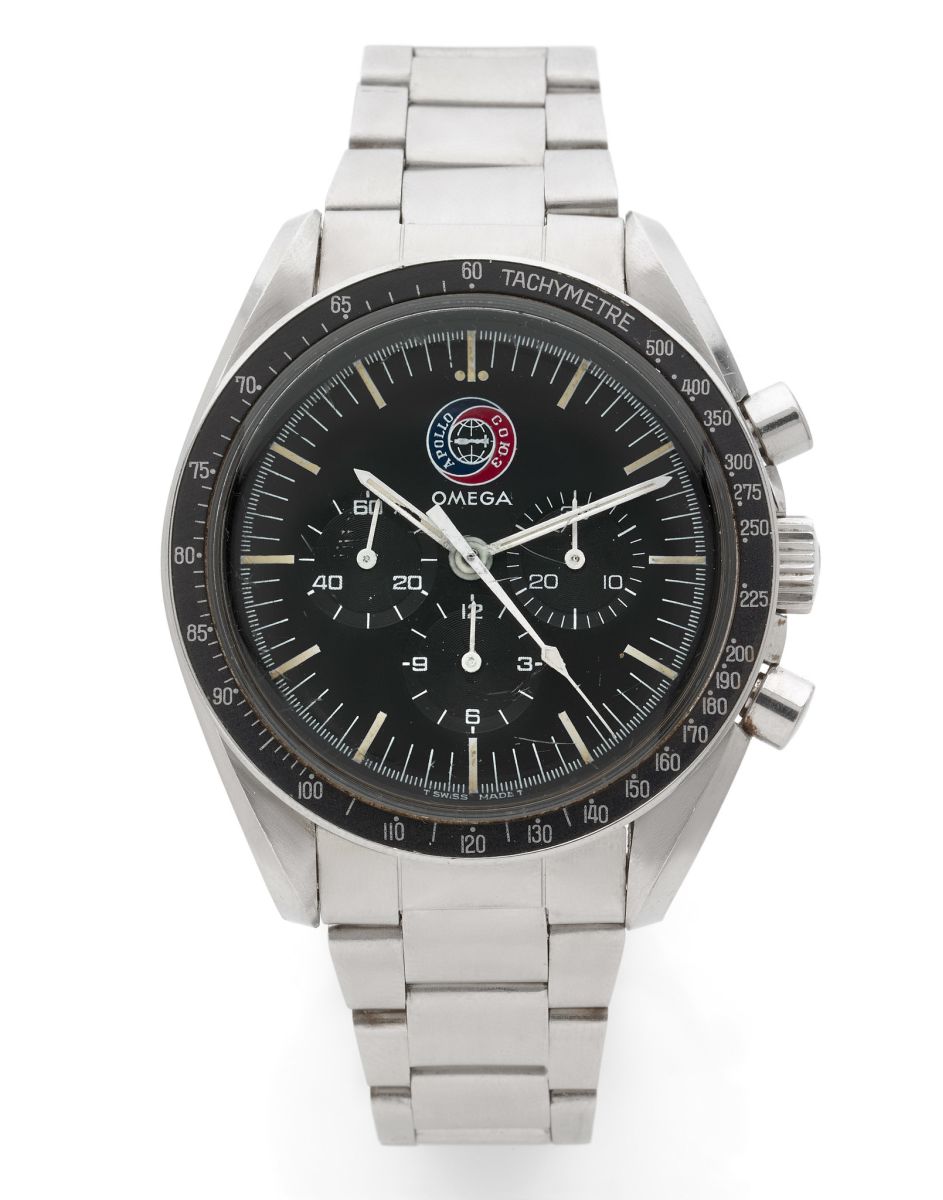 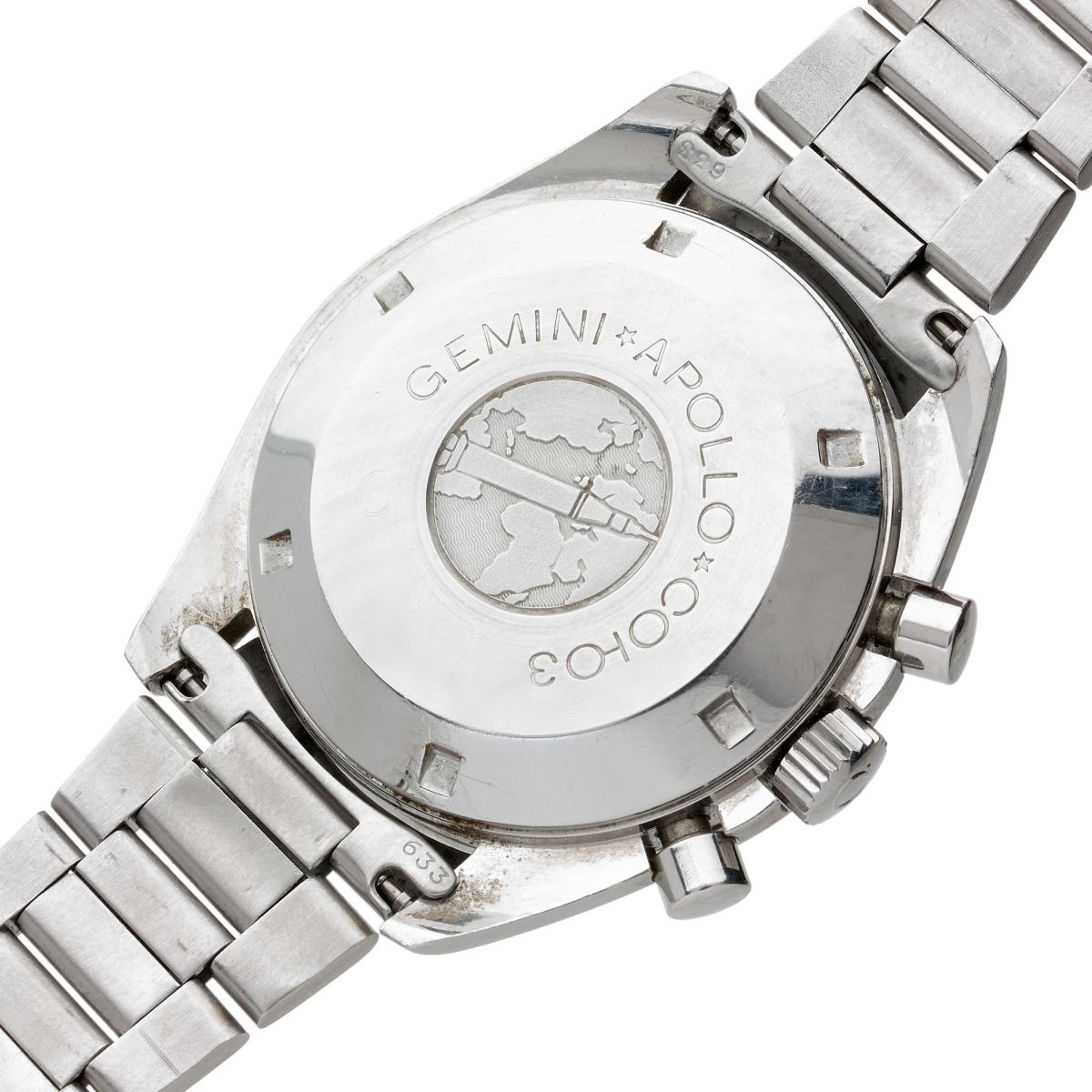 Also, the pushers on this Apollo-Soyuz are slightly larger than the ones on the standard Speedmaster Professional (5.5mm in diameter instead of the usual 5mm). This also meant that the center case needed a slight adjustment to make them fit. Antiquorum rates this watch as in excellent condition with some signs of wear on the case. In the images, it appears that there are scratches on the dial, but they are actually in the Hesalite (Plexiglass) crystal. The hands have lost some of their tritium material as well. Antiquorum estimates this watch to sell for between €30,000 and €60,000 ($33,900 and $68,000). This Speedmaster Apollo-Soyuz is numbered 499 out of 500, in a series numbered from 0 to 499. So this example is actually the last one of the batch, assuming Omega produced in them in this order, of course. 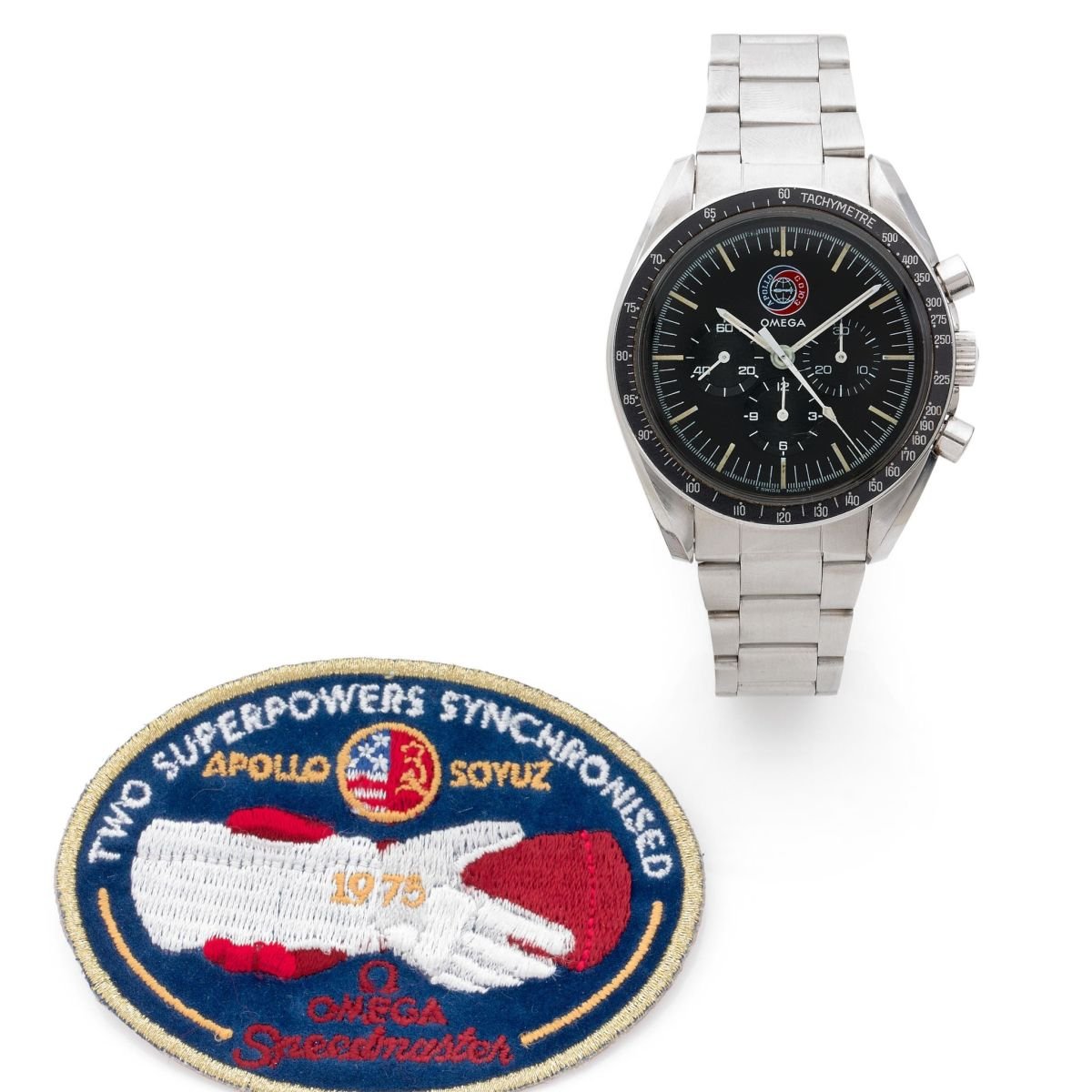 For a long time, it was not very clear whether there were 400 or 500 of these watches. Eventually, sources confirmed that there were 500 in total. On the case back, though they’re barely visible in these images, you will find the I (for Italy) and the Omega logo in a circle with the number of the watch engraved in between them. Read more information about this watch here. 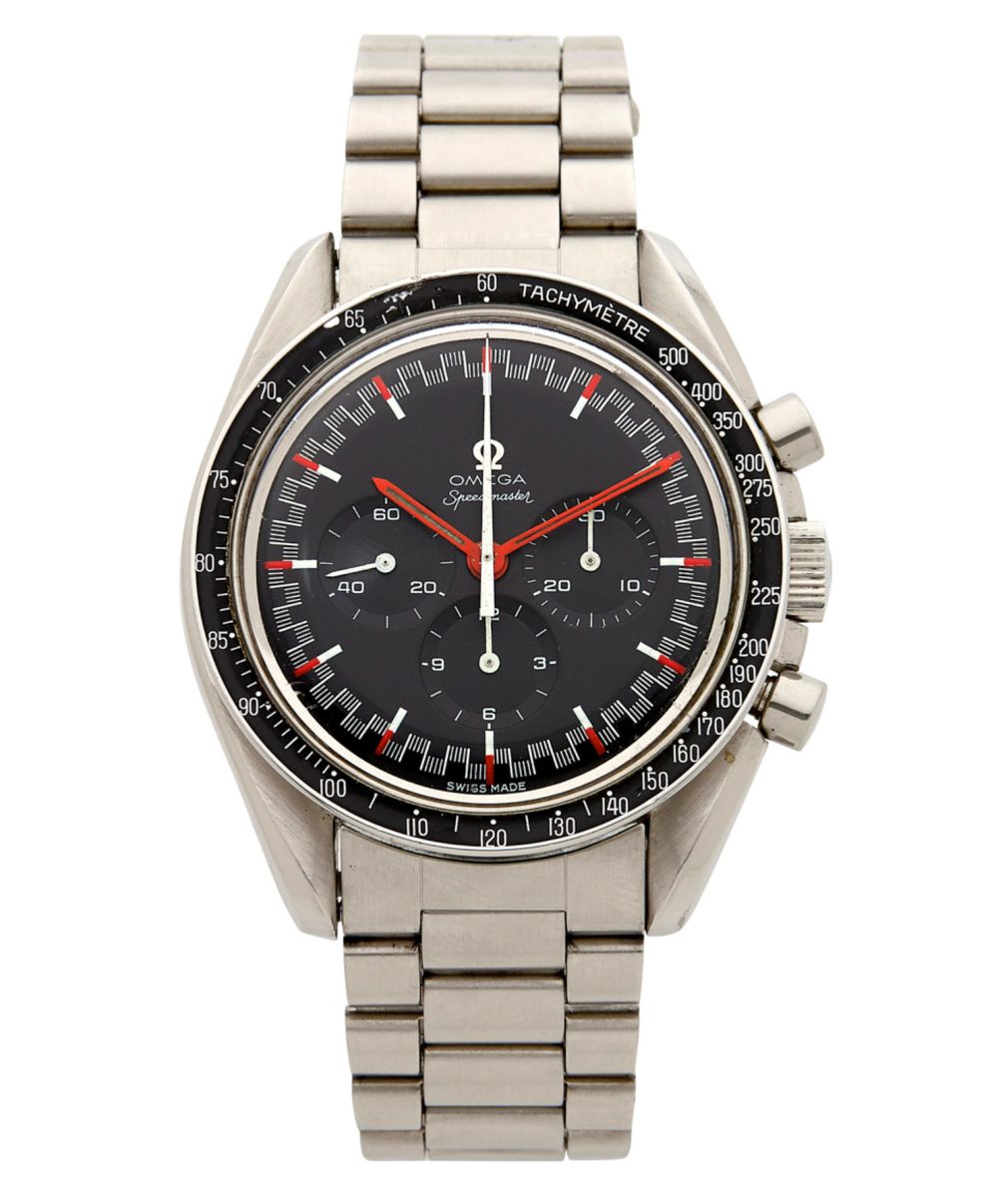 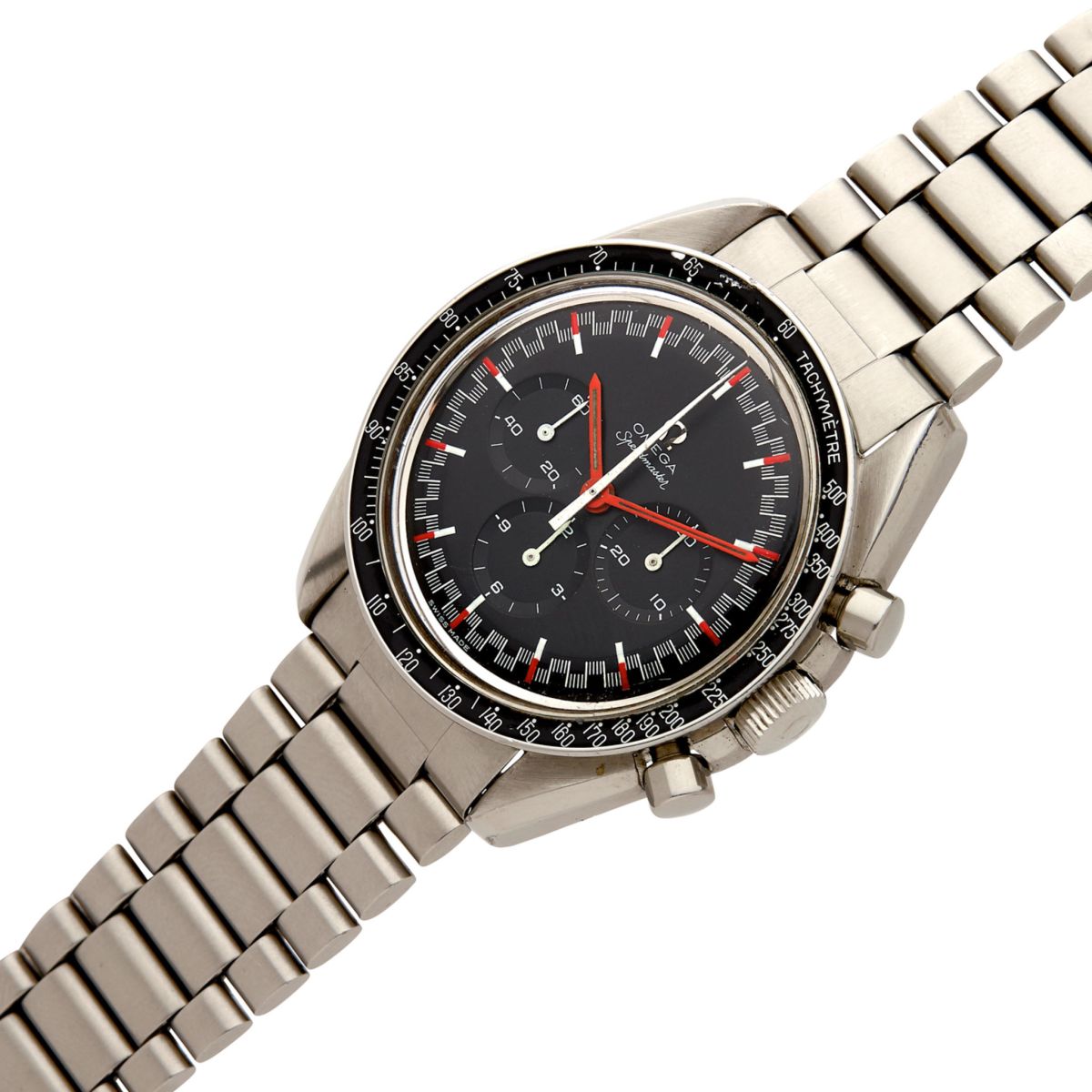 For the 145.012-67 reference, there are actually a few different dial configurations. Basically, there is one with the printed OMEGA logo with an oval-shaped “O” and no “Professional” markings. There is also a version that has the round “O” as well as the “Professional” designation. This Antiquorum lot is the first of those types, a non-Professional with the oval-shaped “O”. It’s a beautiful dial configuration but slightly different from the well-known orange and red dial that Omega redid in 2004 for the Japanese market. I wouldn’t mind if Omega brought back this iteration as well. This watch was originally delivered to a Swiss agent in August 1968. The estimate for this Speedmaster Racing 145.012-67 is between €20,000 and €40,000 ($22,600 and $45,200). Find more information about this watch here. 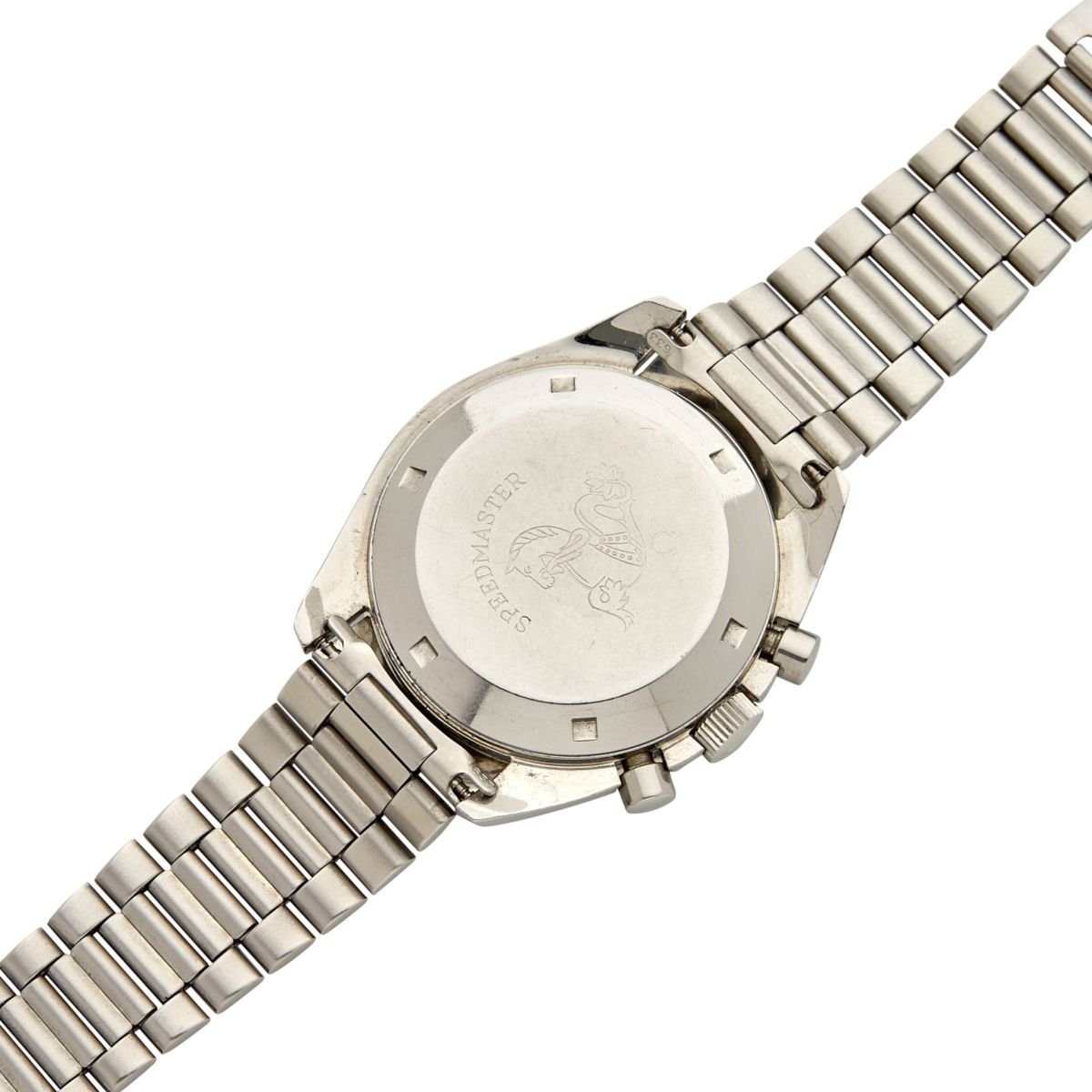 The Important Modern & Vintage Timepieces Monaco auction takes place at 4:00 PM CET (10:00 AM EST and 11:00 PM HKT) When bidding, always make sure to do your homework and learn about the additional costs, such as buyer’s premiums and possible import duties. You can see all lots for this auction on Antiquorum’s site here.