My one and only watch purchase in 2019. Find out why
Ben Hodges
comments ...
Share

In 2013, Oris released the Aquis Depth Gauge spawning a new collection of modern dive watches. This deep diver had a unique mechanical depth gauge highlighting Oris’ ambition to create practical applications rather than superfluous complications. Without further ado, let’s dive into my first 52Mondayz column below. 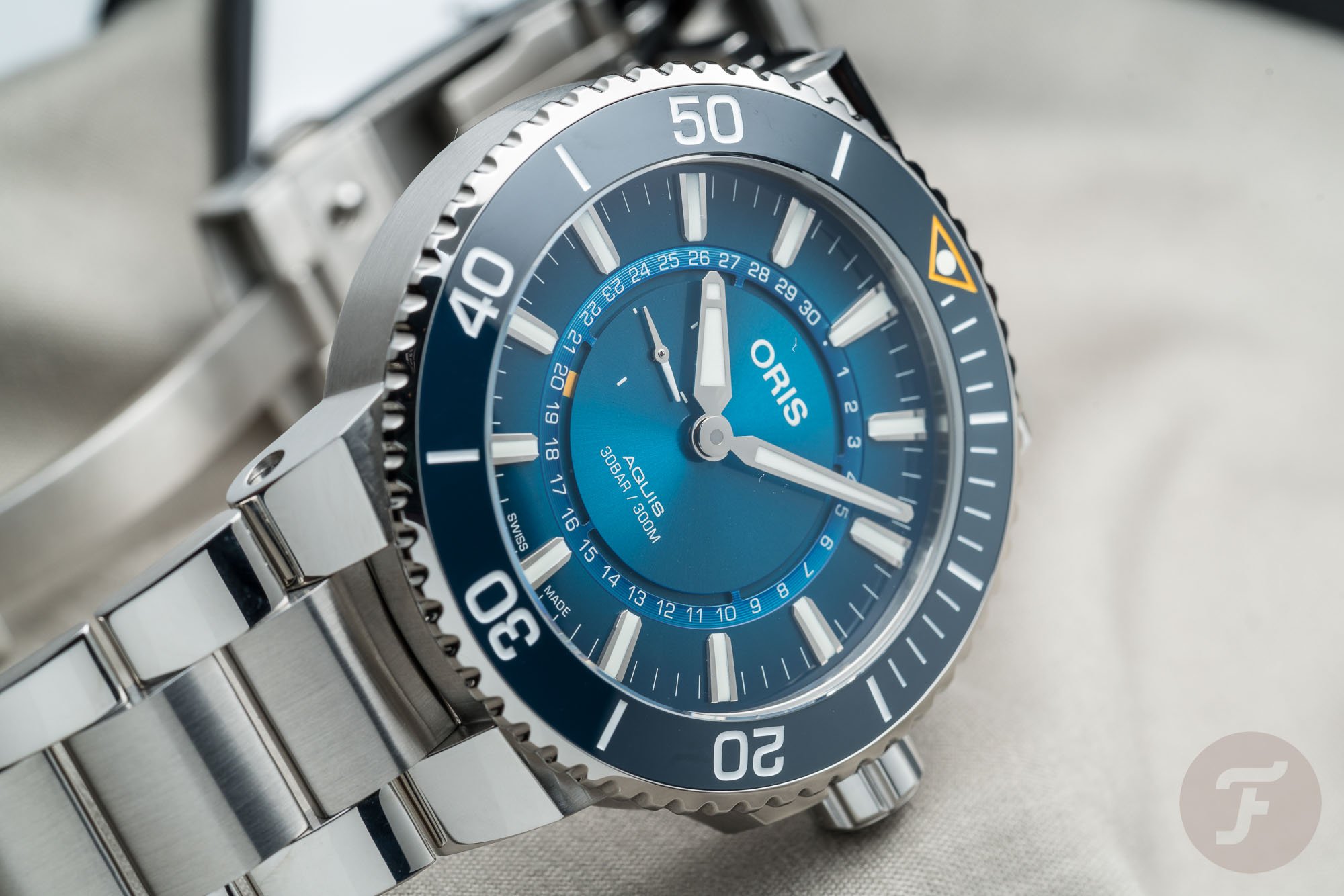 The Aquis was made a bonafide collection when the core design cues of the Depth Gauge were later separated into time-only, chronograph and many special edition watches. A subtle facelift in 2017 introduced even more angular design cues cementing the Aquis as Oris’ best selling model across all regions. The Aquis had always escaped me though. At the time, my interest landed squarely in the vintage re-edition fad that really kicked off around the mid-2010s. By the end of the decade, fatigue had set in and I was finding myself more intrigued by cutting edge contemporary designs. 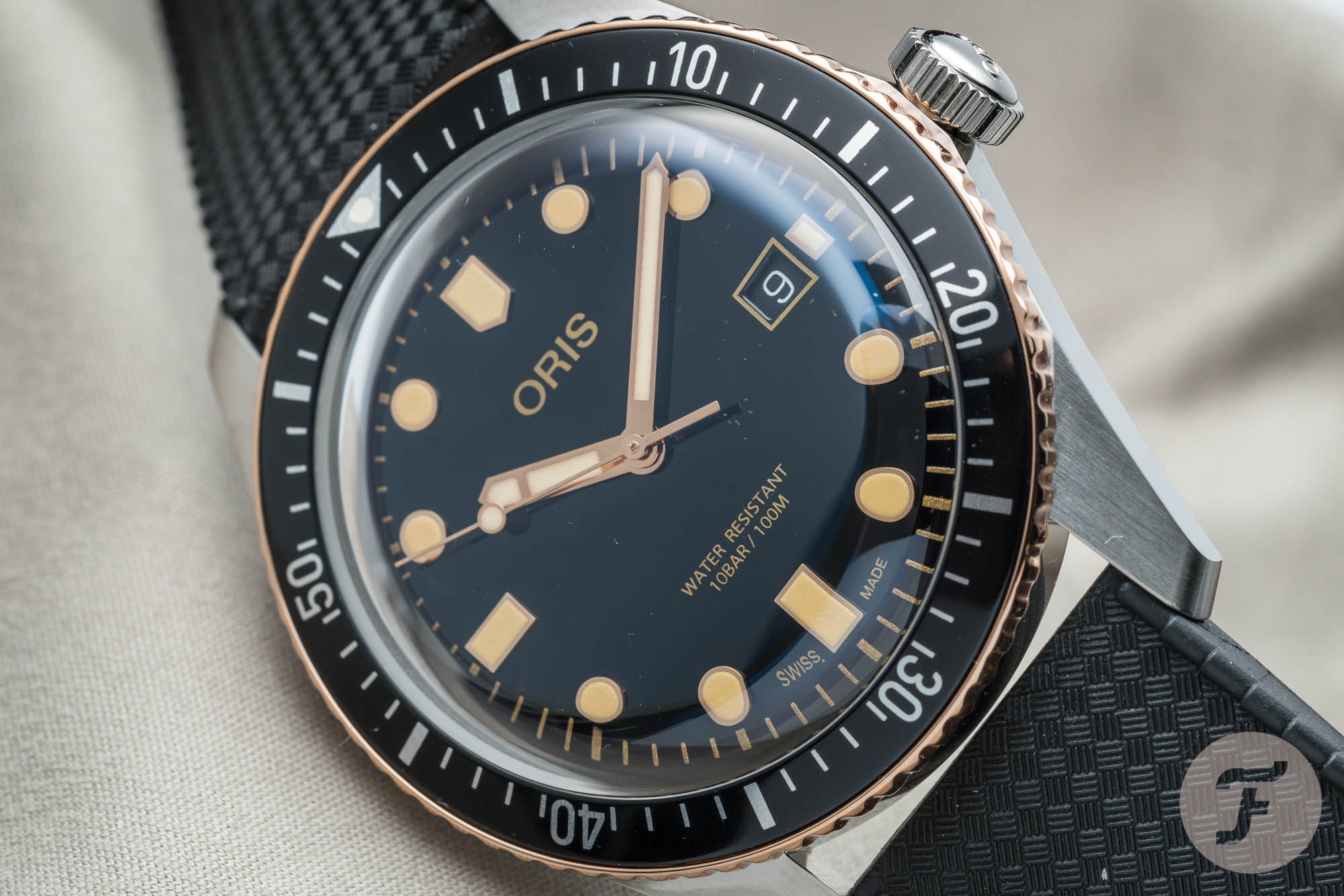 The Oris Divers 65 is their popular vintage-inspired diver

During Baselworld 2019, I was eagerly awaiting my appointment with Oris as there had been significant buzz surrounding their new collection. Following a quick visit to the Watch Incubator in Hall 4 on my penultimate day, I bumped into all-round great Dane, Kristian Haagen (Click Here). We both had a bit of a break during the day and decided to grab a quick drink before our next meetings. Under the beautiful Basel sunshine, a quick drink turned into a fair few and hasten to say, we were pretty merry. 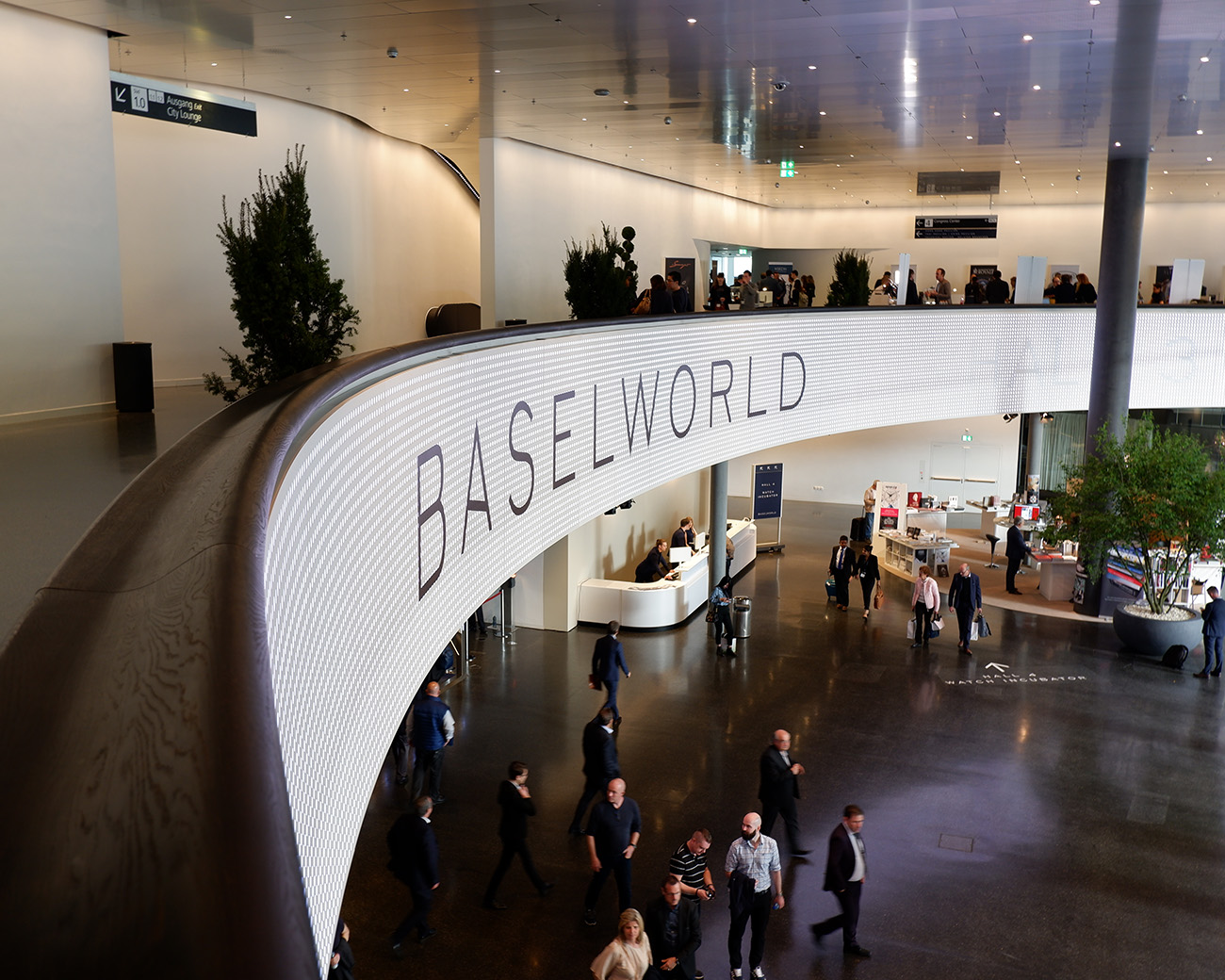 We both made our way back to Hall 1 and I beelined for the prominent Oris booth. Although, the first thing the Oris representatives choose to do is place a Virtual Reality headset on my head. With the earlier “liquid lunch”, this didn’t bode well to have me look around the virtualised movement of the, then unannounced, Pro Pilot X  (Hands-on Here). But I kept my composure. Moving on, we saw the new watch models as well as rare novelties produced only for specific markets. Unsurprisingly, my photos came out very blurry. Luckily my good friend and talented photographer, Simeon Kremzow-Tennie, was able to take some great shots despite the low lighting in the booth. It was only once the photos had been uploaded to Dropbox (and I had a topped up with caffeine) that I was able to fully examine the 2019 Oris collection. 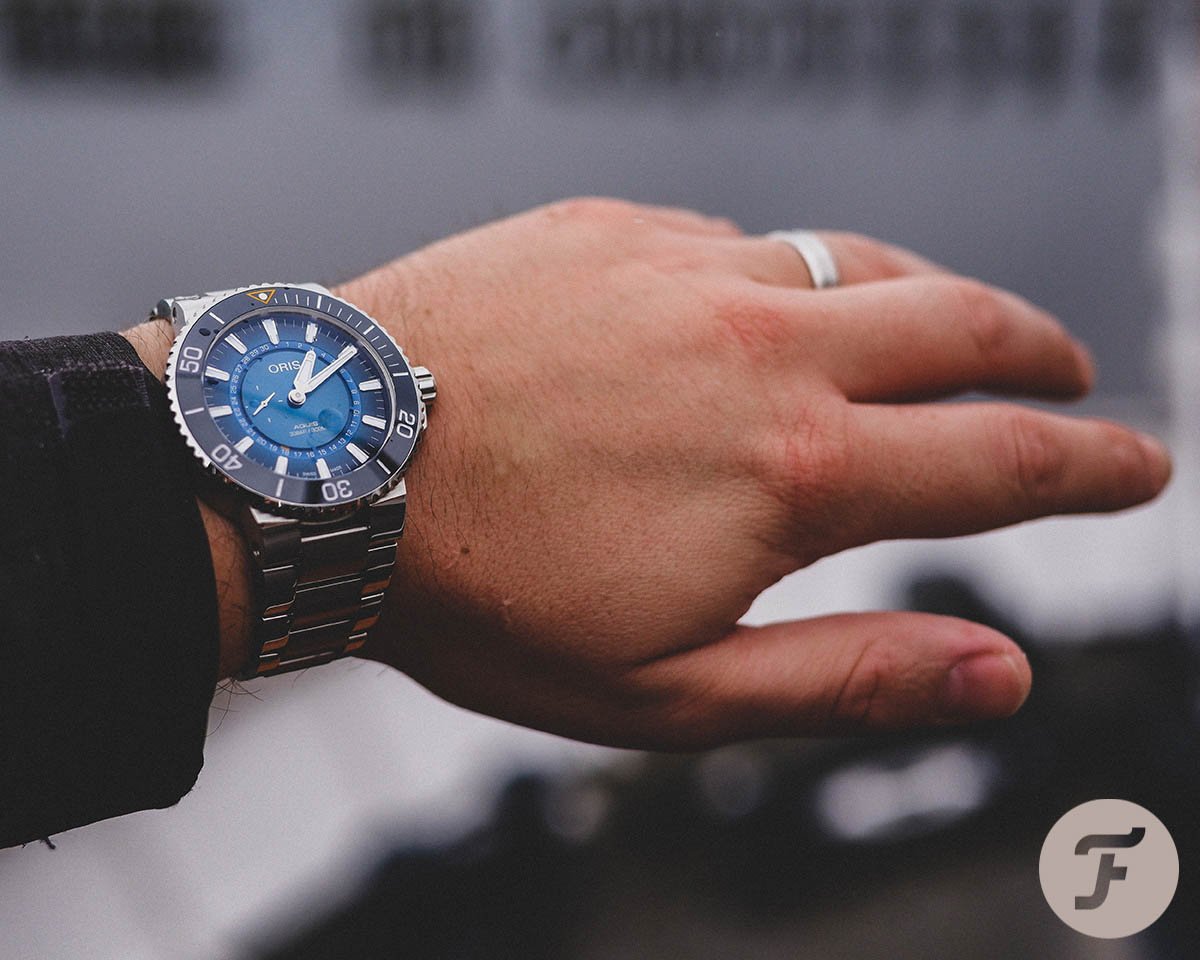 The 43.5mm sizing sounds larger than it wears

The watch that caught my eye was the turquoise dial of the Aquis Great Barrier Reef III. I became infatuated with this watch but knew I had to experience it under natural light to make an informed decision whether to purchase or not. I got my wish after an event in London, and was not disappointed. The dial has a gradient of deep blue that subtly fades into light turquoise, imitating the reefs in which its named after. I also liked the date complication running the circumference of the dial that added symmetry and depth. I placed my name on a list and was over the moon when the phone call came only one month later to pick it up. 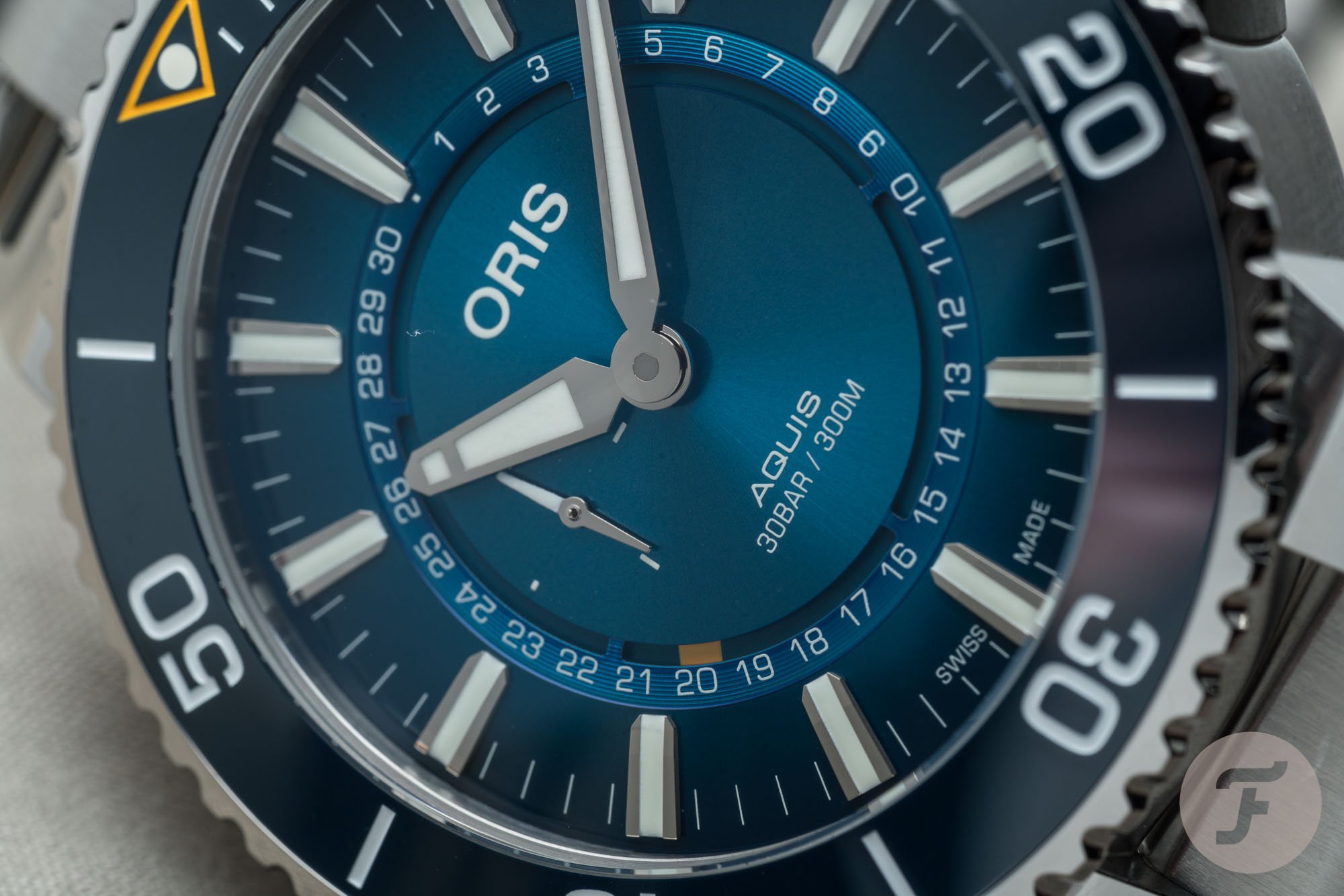 Aquis on the Wrist

Adorning my wrist for the majority of this year was my GBR3. Whether swimming by the Cornish coast, hiking by the Scottish lochs or generally relaxing with family and friends. Well in fact, it has been my only watch purchase this year. The watch comes on the integrated steel bracelet. But, with a myriad of colourful rubber straps, is interchangeable thanks to the standard 43.5mm Oris Aquis lug size. The navy rubber strap with the sliding clasp has been my favourite and switching between the bracelet and strap is a cinch. This is thanks to the tri-wing screw heads that slot into the drilled lugs and secure the strap rather than relying on the tension from spring bars. FYI: the tool has to be bought separately or Oris staff can carry out the strap change. 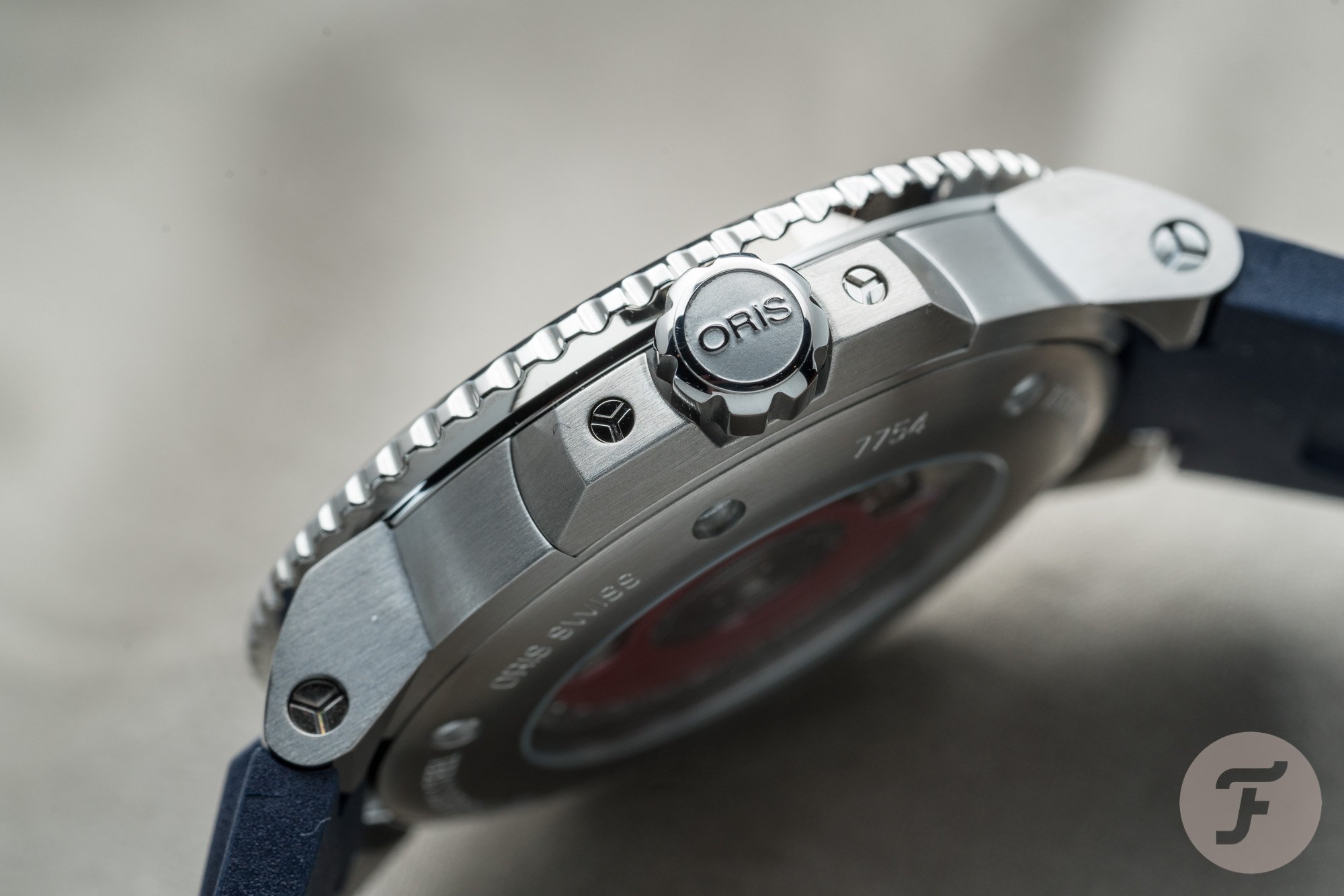 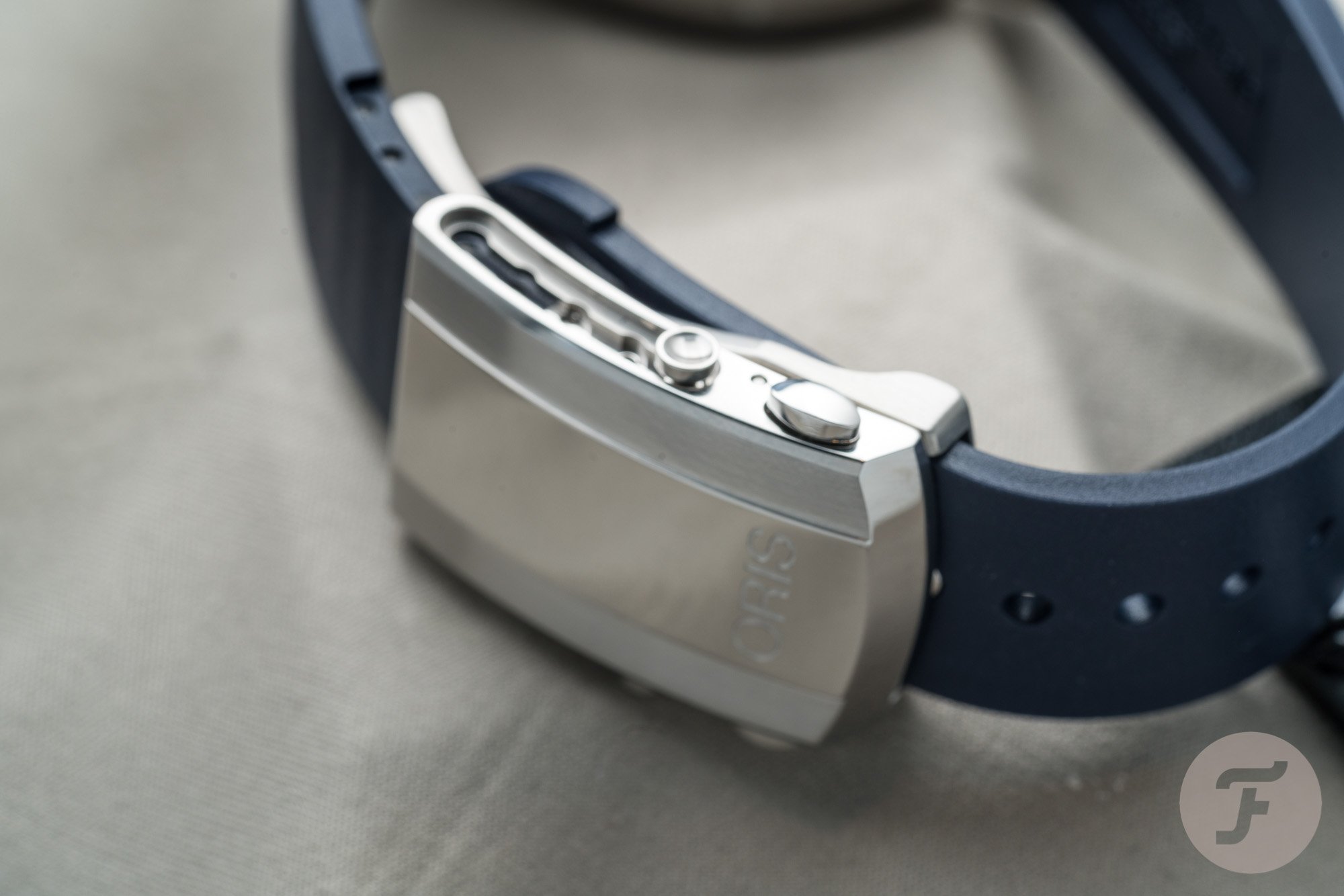 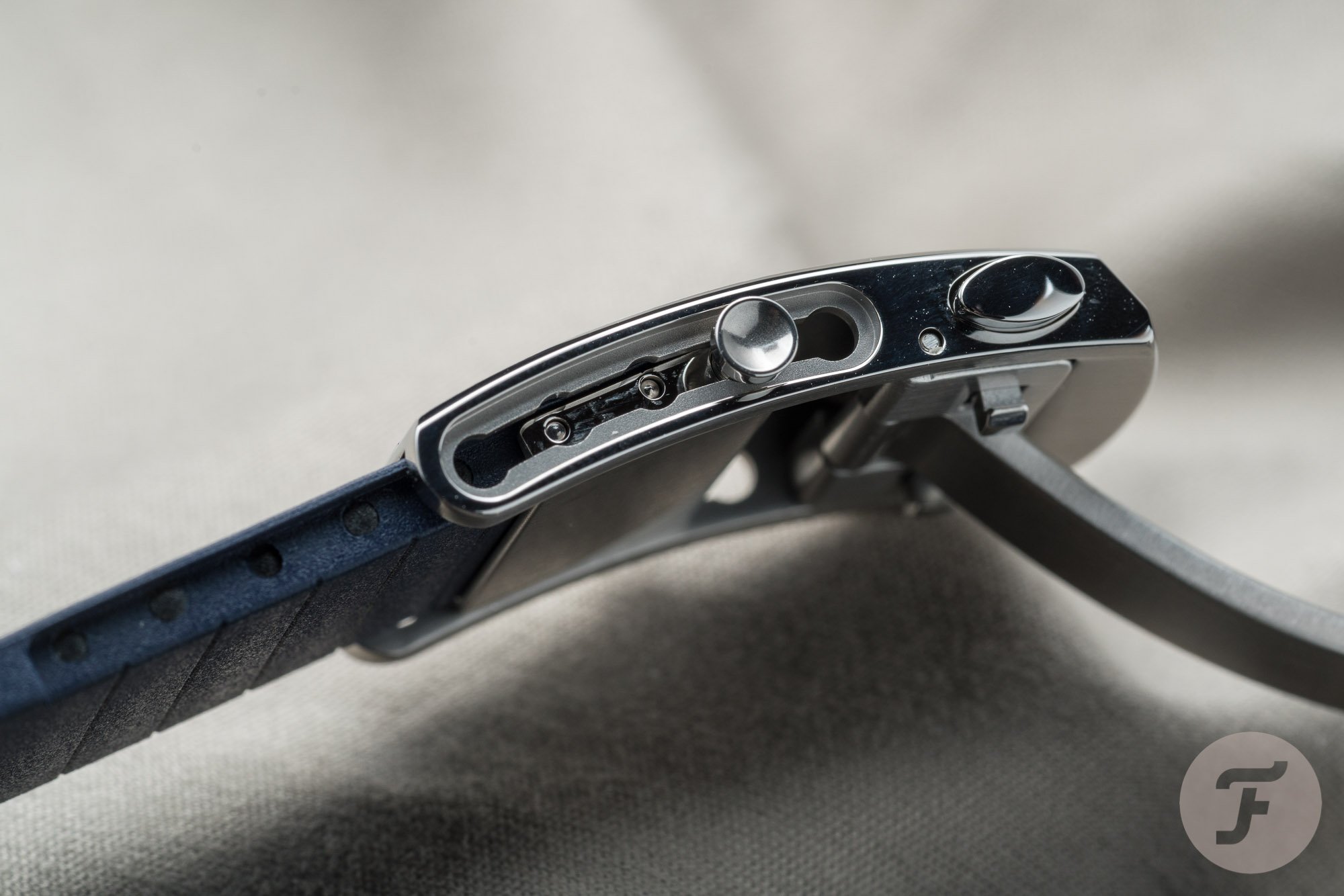 The Oris Aquis Great Barrier Reef III also supports the Reef Restoration Foundation. In 2016, due to a combination of events, coral bleaching affected 50% of the Great Barrier Reef. Coral bleaching is a natural activity that in someway sustains the seabed. Similar to how forest fire damage regenerates new growth. But it is the vastness of the impact and the shorter intervals of regrowth that has long standing consequences. The Reef Restoration Foundation accepts experienced divers to volunteer and help study and collect data in the reef to develop a plan to limit our impact. 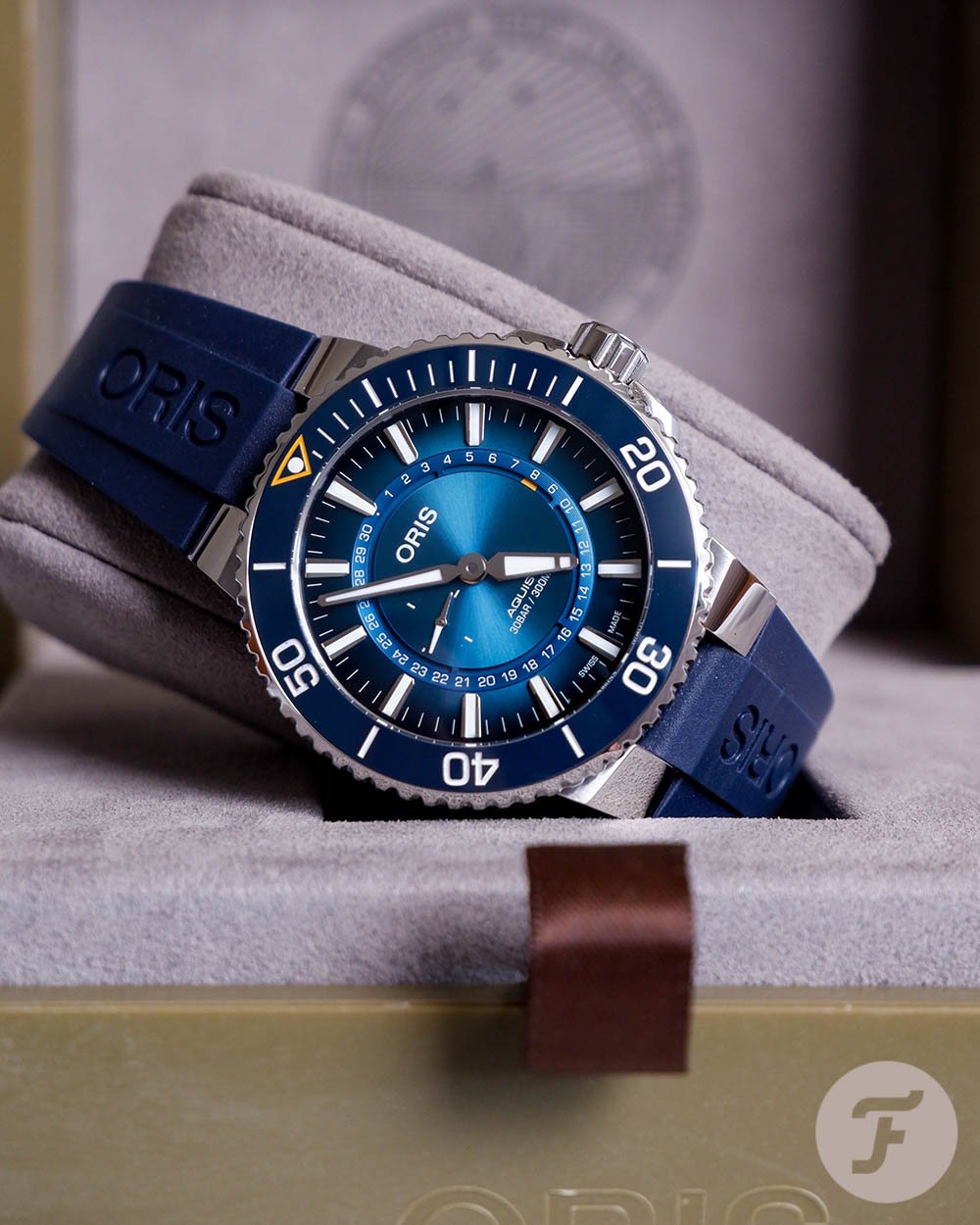 Oris Aquis in the Algae box

The Oris Aquis Great Barrier Reef III is packaged in a cool algae box.  Another step from Oris to spread awareness of sustainable resources to replace our reliance on non-renewable materials.

More information on the Oris Aquis Great Barrier Reef III can be found on Oris’ website here and more on Oris can be read on Fratello here. 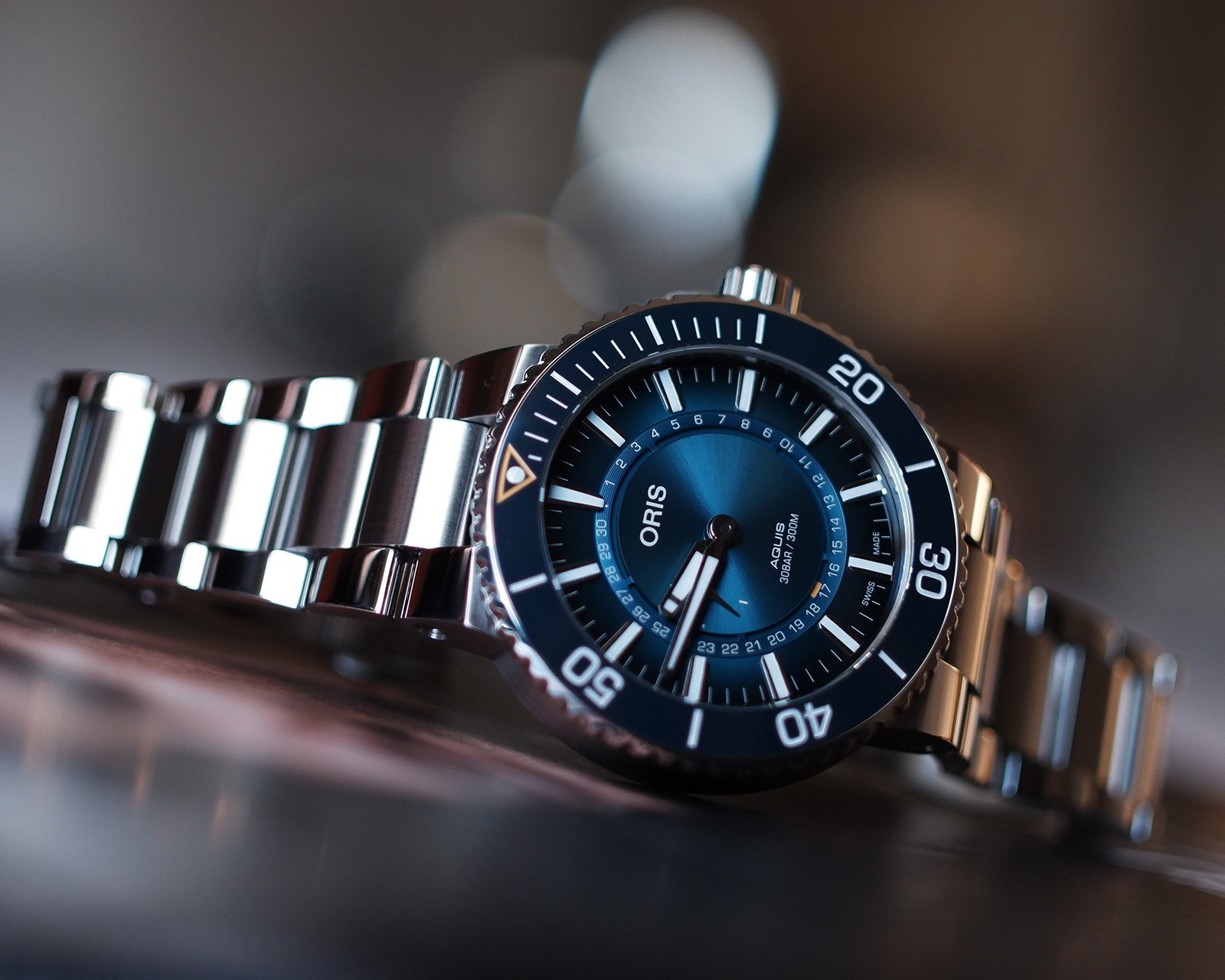 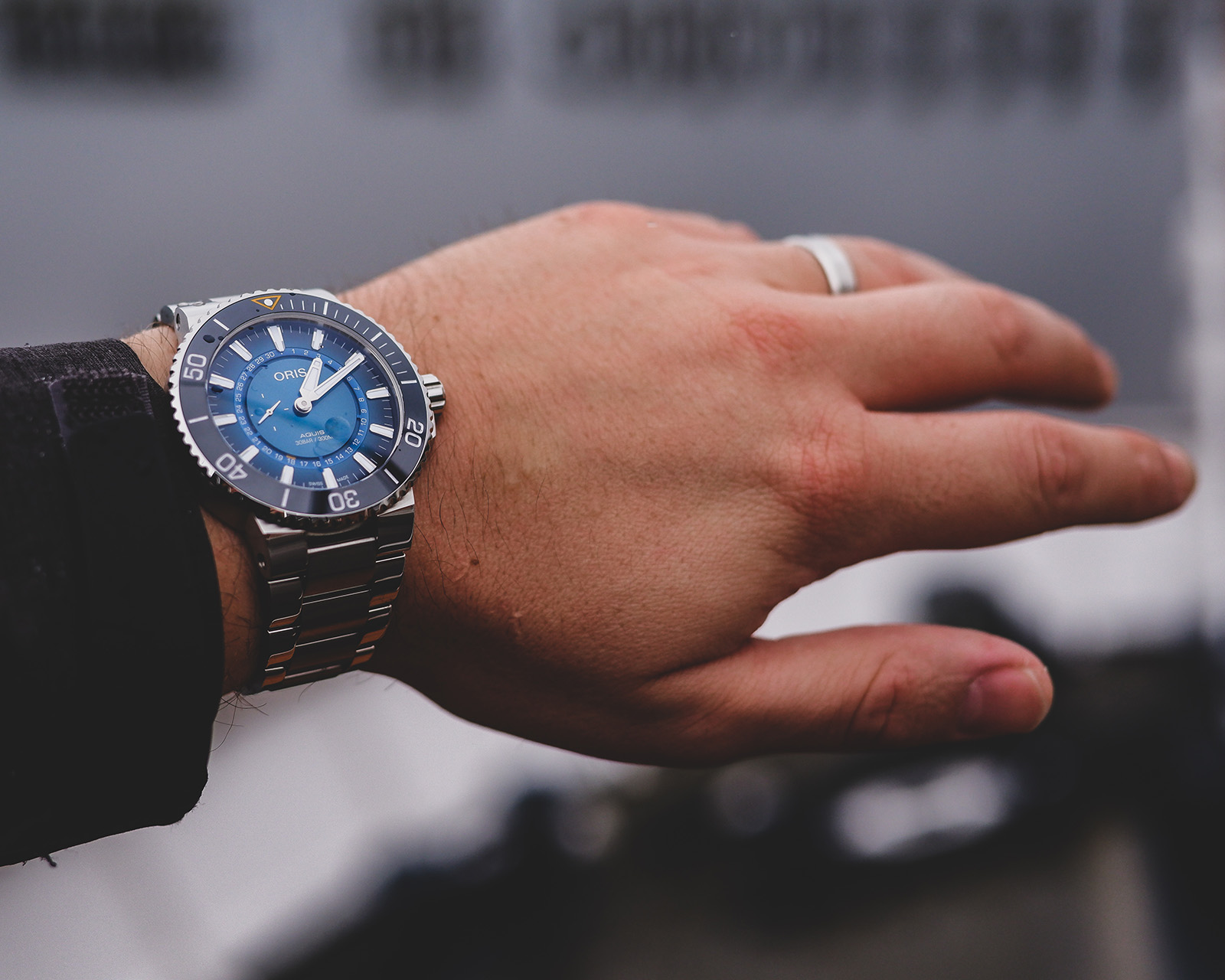 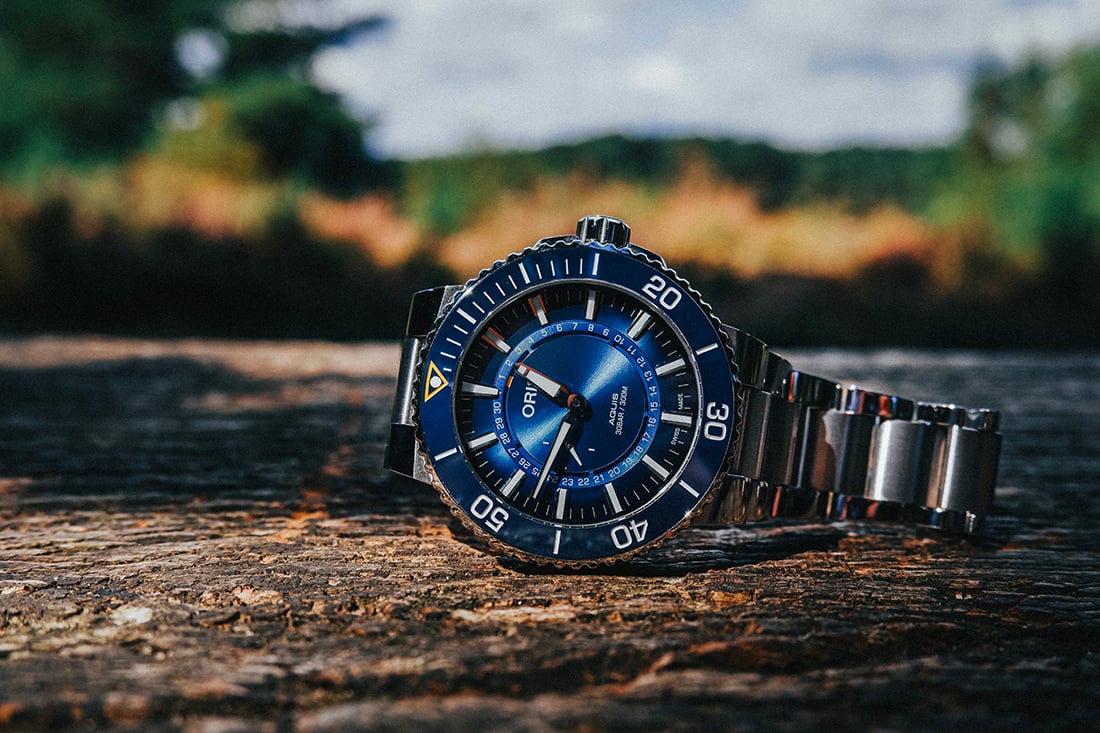