Just before the SIHH kicks off, a couple of brands that are not part of that exhibition are introducing new watches as well. Oris is one of these brands and they introduce you to the new Carl Brashear Chronograph Limited Edition. The first bronze Oris Carl Brashear sold very well, and in the meanwhile has become a true collector’s item. Prices on the market are well over the original retail (of €2600).

Now, Oris comes up with the Carl Brashear Chronograph limited edition. Limited to 2000 pieces in total and this time, with a chronograph complication. For the background on the Carl Brashear connection, follow this link, where you will find an in-depth review on the first edition. 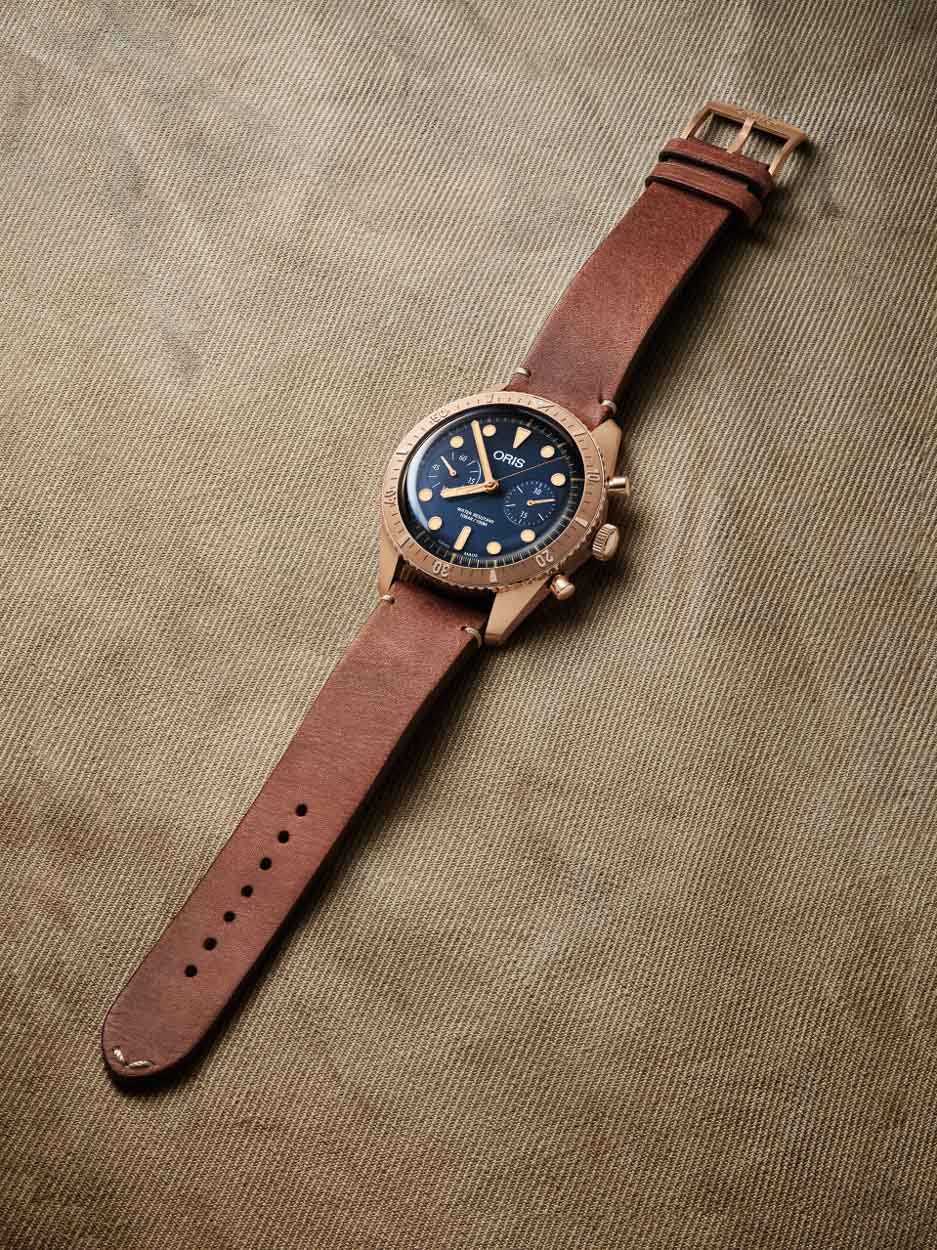 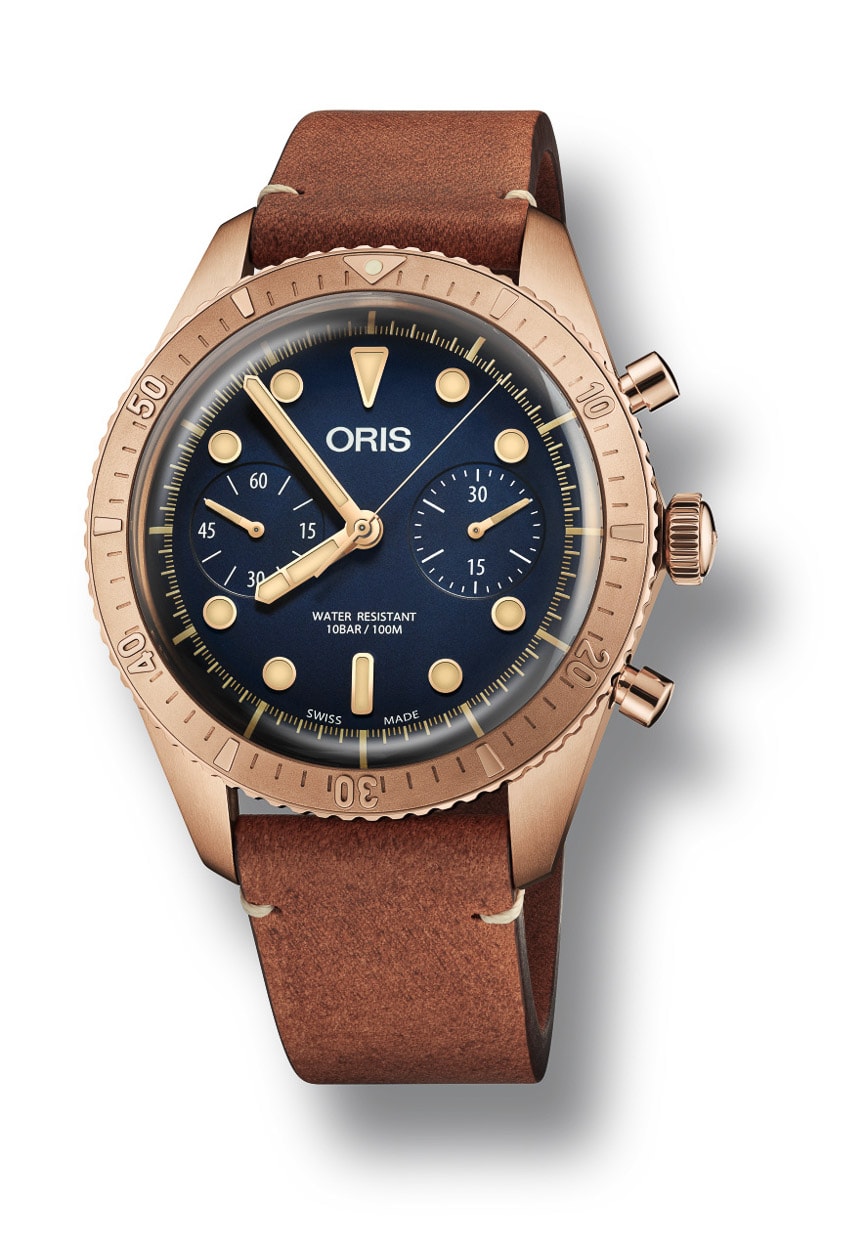 A slightly larger case than the first edition (43mm vs 42mm) is now housing a mechanical chronograph movement, based on Sellita’s caliber SW 510. This caliber normally has three sub dials, but the Oris internal caliber 771 movement transformed it into a two register chronograph. The two register has been quite popular over the last few years, probably because of the hausse (German for ‘boom’) on vintage chronographs.

And admitted, the Oris Carl Brashear Chronograph limited edition (with reference 01 771 7744 3185 LS) looks amazing. The two register lay-out of the dial is something that fits the design of this ‘Sixty-Five Diver‘ model.

It is a first time that Oris uses this chronograph caliber and in this specific lay-out. In their official press release they let us know that: “Oris has chosen a chronograph function for this special watch as a symbol of the number of times Carl Brashear was stopped by factors in his life he couldn’t control, and yet always got back up again. His mantra, often repeated during his lifetime, was: ‘It’s not a sin to get knocked down, it’s a sin to stay down.'”.

That is a super nice story, but let’s face it: chronographs are hot. Especially if they have that vintage touch. So despite their well-meant story on the times that Carl Brashear was stopped by factors in his life he couldn’t control, the chronograph is a very popular complication, That, combined with the awesome looks of the bronze Sixty-Five based case, will probably result in quite a hot selling watch for Oris in 2018. 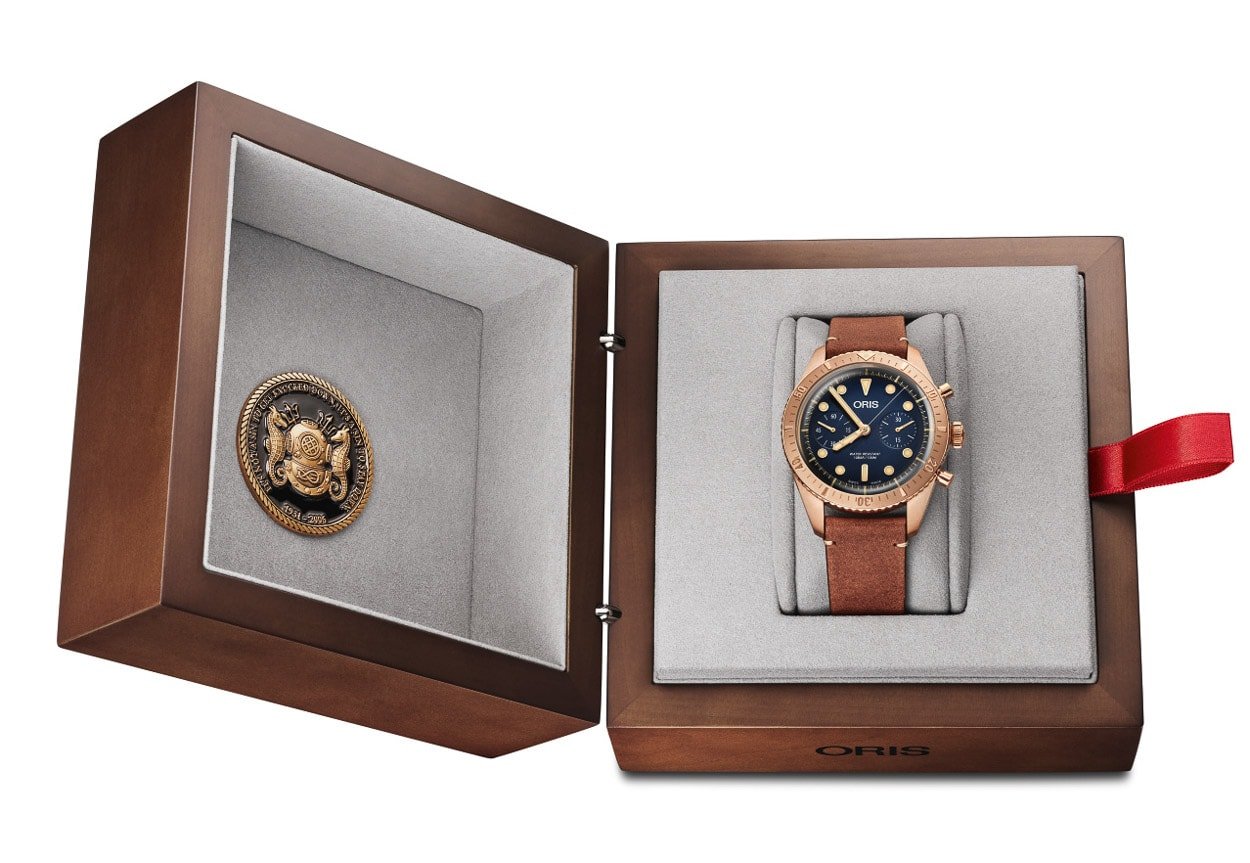 The dial of this Carl Brashear Chronograph limited edition is dark blue, slightly curved and has applied luminous indexes. The hands are rose gold-plated and also filled with Super-LumiNova. The watch comes on a nice brown leather calf strap, with a pin buckle in bronze. There’s also a stainless steel pin buckle supplied, for those who have a skin that is sensitive to bronze. For that matter, Oris also added a stainless steel case back to the watch. This case back has been engraved with Carl Brashear’s mantra ‘It’s not a sin to get knocked down, it’s a sin to stay down’. Crown and pushers are again in bronze. 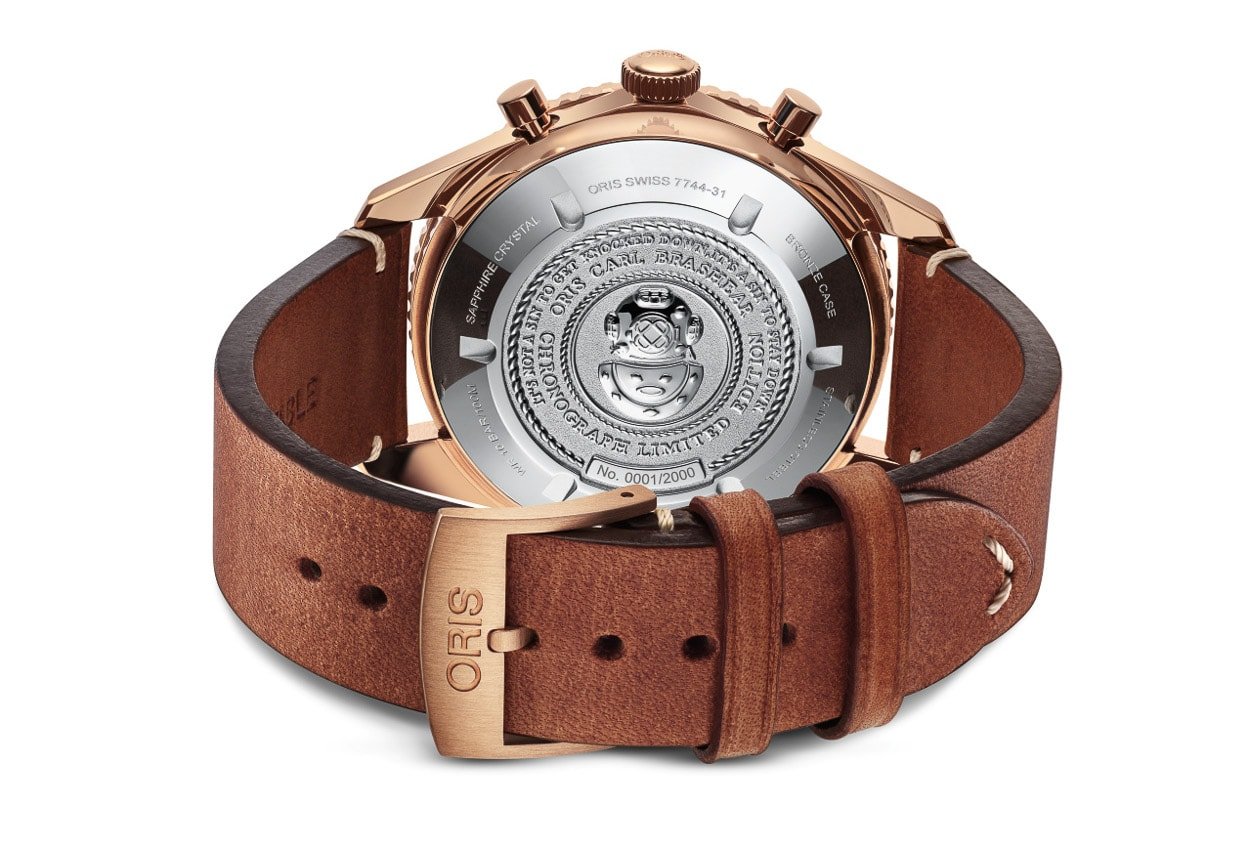 The Oris Carl Brashear Chronograph limited edition comes in a special wooden box with a with Carl Brashear Foundation commemorative coin inside.