Parmigiani Senfine – On Its Way To 90 Days of Power Reserve

The name Senfine is perhaps giving too much hope, meaning “eternally” in Esperanto, but this concept watch by Parmigiani is already showing some promising results when it comes to power reserve. Where your average mechanical watch has probably a power reserve of somewhere between 40 hours and 10-days (there are some exceptions, like the Rebellion T-1000), Parmigiani strives to get the power reserve for their Senfine up to 90 days. Without using barrels the size of a hockey puck of course. However,  Parmigiani isn’t there yet… 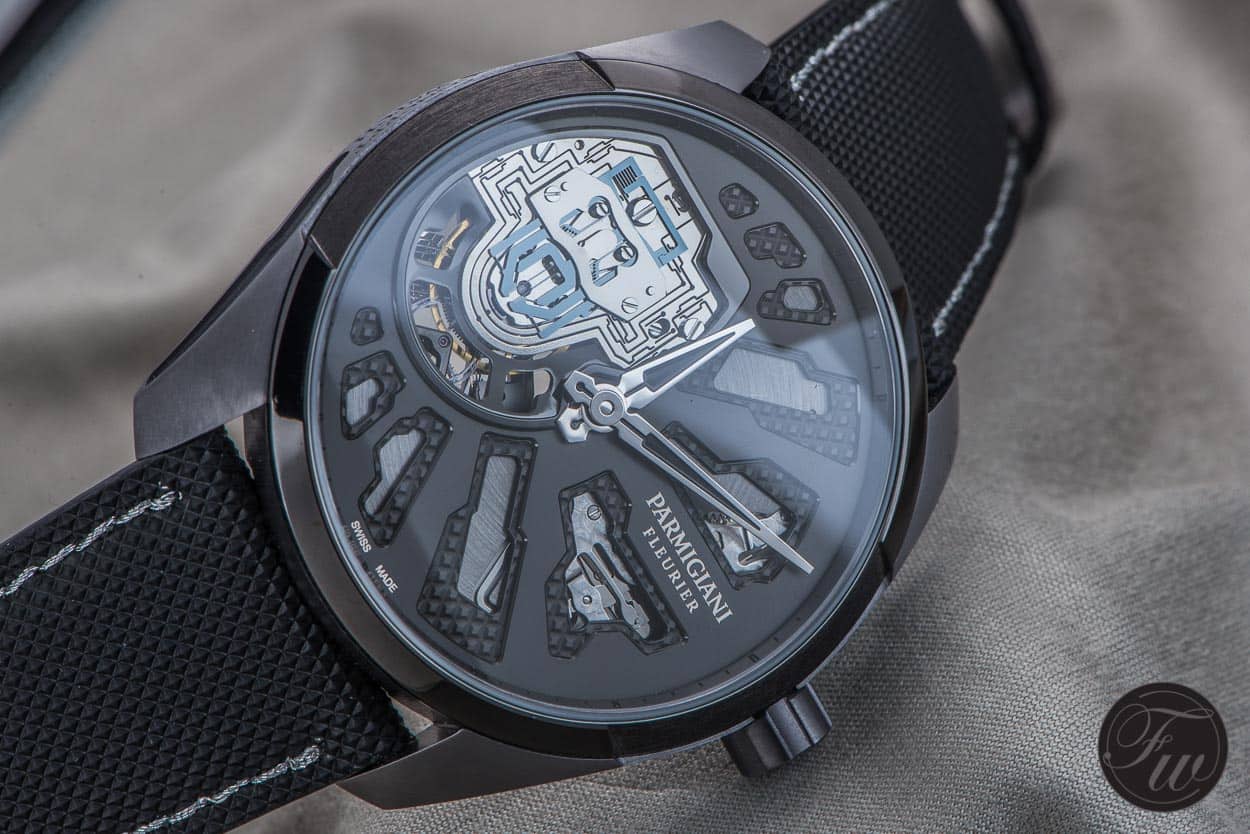 As written above, the Parmigiani Senfine is still in a development stage and will be at least until 2018. Ever since 2008, Parmigiani is working on this concept that was invented by Pierre Genequand (an engineer from Geneva, formerly working at CSEM (Swiss Center for Electronics and Microtechnology)). When we talked to Parmigiani during the SIHH, they had it running up to about 45 days of power reserve. 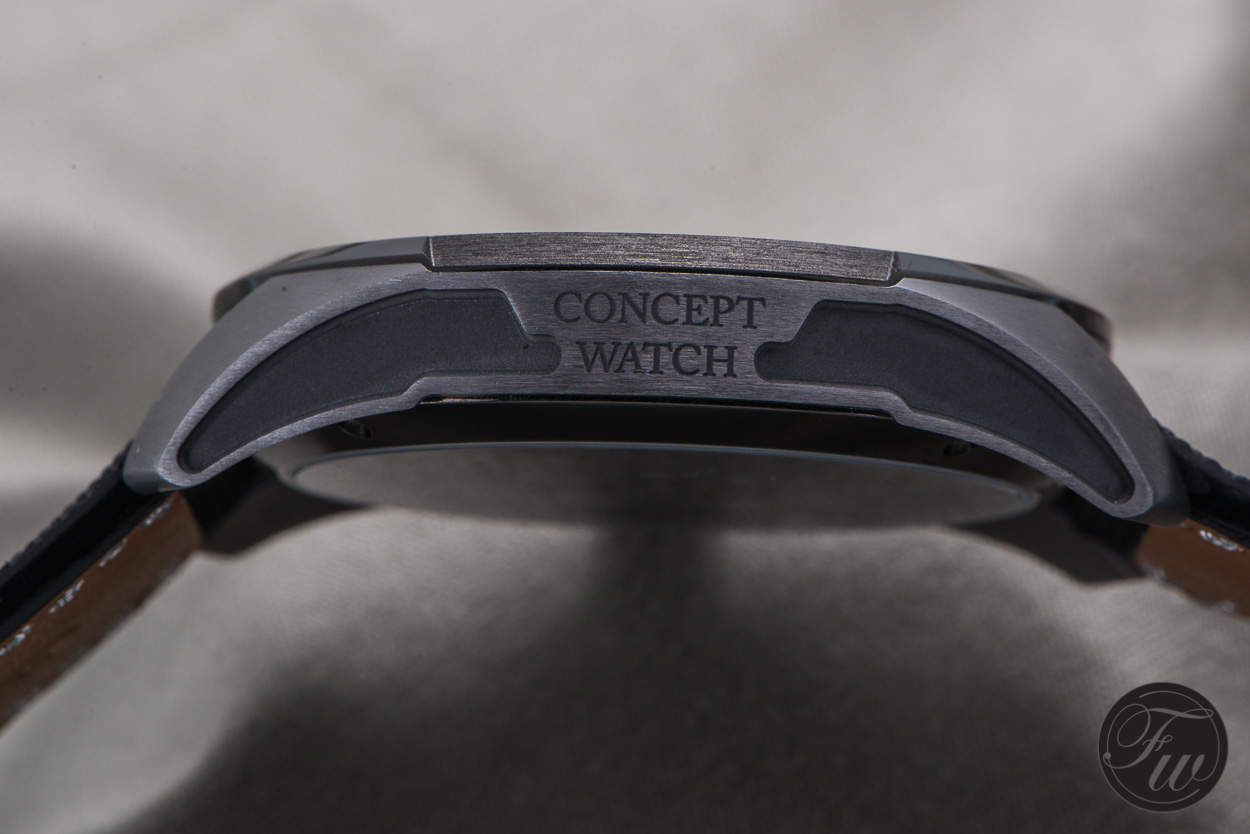 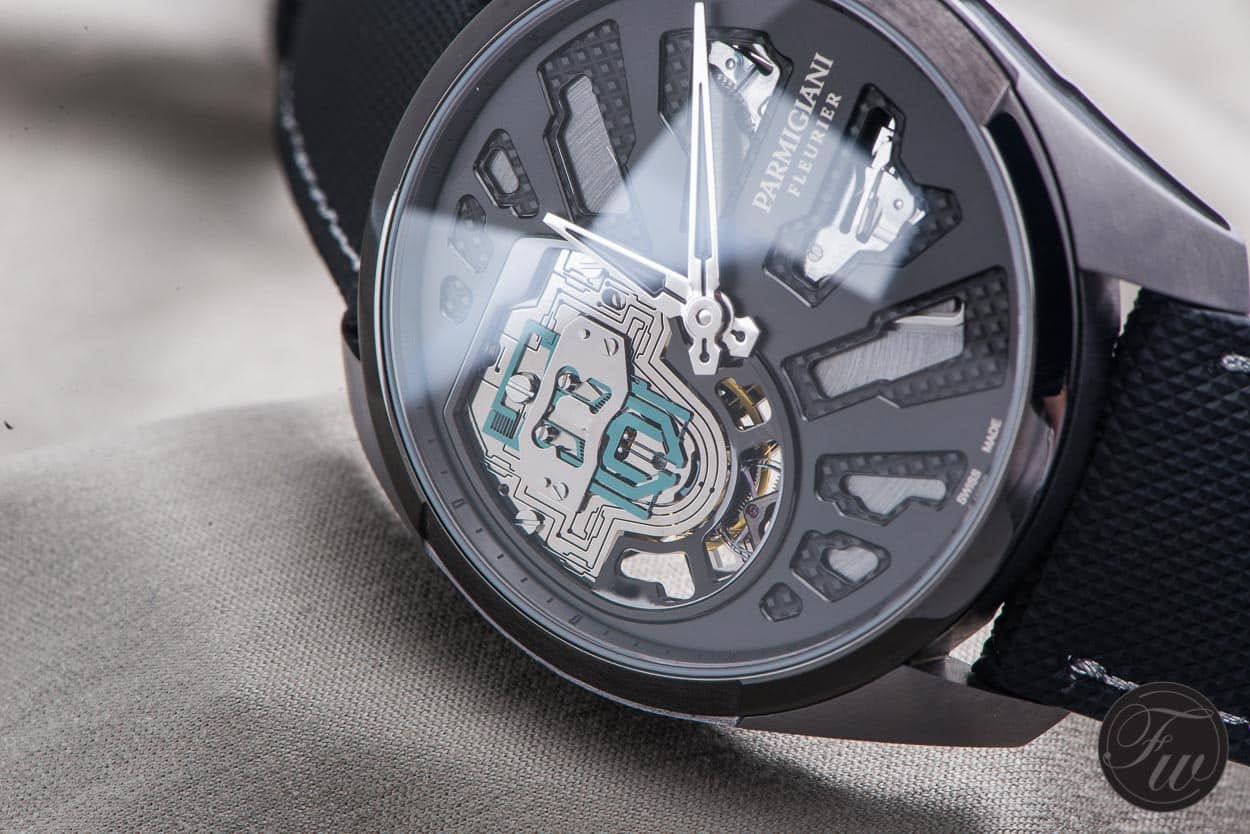 Below are the fundamental principles of Pierre Genequand’s invention which have been transposed into a watch regulator to provide a power reserve of several weeks:

What it basically does, it eliminate all energy-consuming factors of a classic regulator and replace them by new high-tech silicon made flexible and frictionless joints, based on aerospace technology. The regulator organ looks therefore a little bit awkward; some might even say that it looks a bit like an electronic part. Actually, I’ve heard this remarks a couple of times from visitors of the SIHH. But it is not. The high frequency (16 herz which equals 115,200 vph) and 16 degrees balance wheel swing are very odd numbers to hear if you’re used to 28,800 vph (or let’s say a high beast 36,000 vph Zenith or Seiko movement) and balance wheel properties that have a swing of around 280-300 degrees. 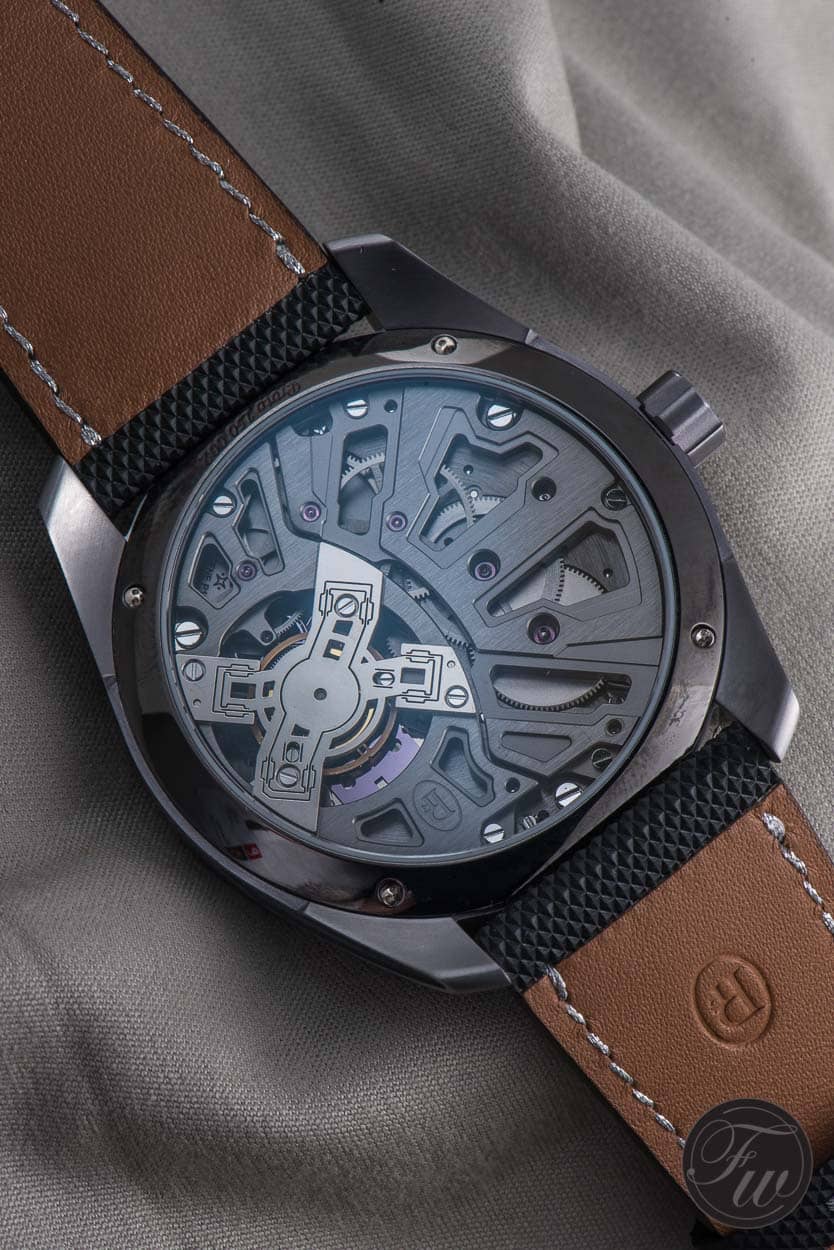 The Parmigiani Senfine has a so-called grashopper escapement. Two flexible blades on the pallet fork interact with the escapement, storing and discharging their elastic deformation energy as they engage and disengage with the wheel. Interference from friction is reduced and the escapement’s energy consumption matches that of the Senfine oscillator.

The solution for this – in the end – 90 days of power reserve of the Parmigiani Senfine is very technical and – as you can imagine – very expensive. We have asked Parmigiani (the actual movement development and manufacturing is done at Manufacture Vaucher, who creates the movements and parts for Parmigiani Fleurier and a couple of other brands) whether this movement is meant to be industrialized like the Co-Axial development by Daniels / Omega or at least to be used in all Parmigiani timepieces, but this is not the case. 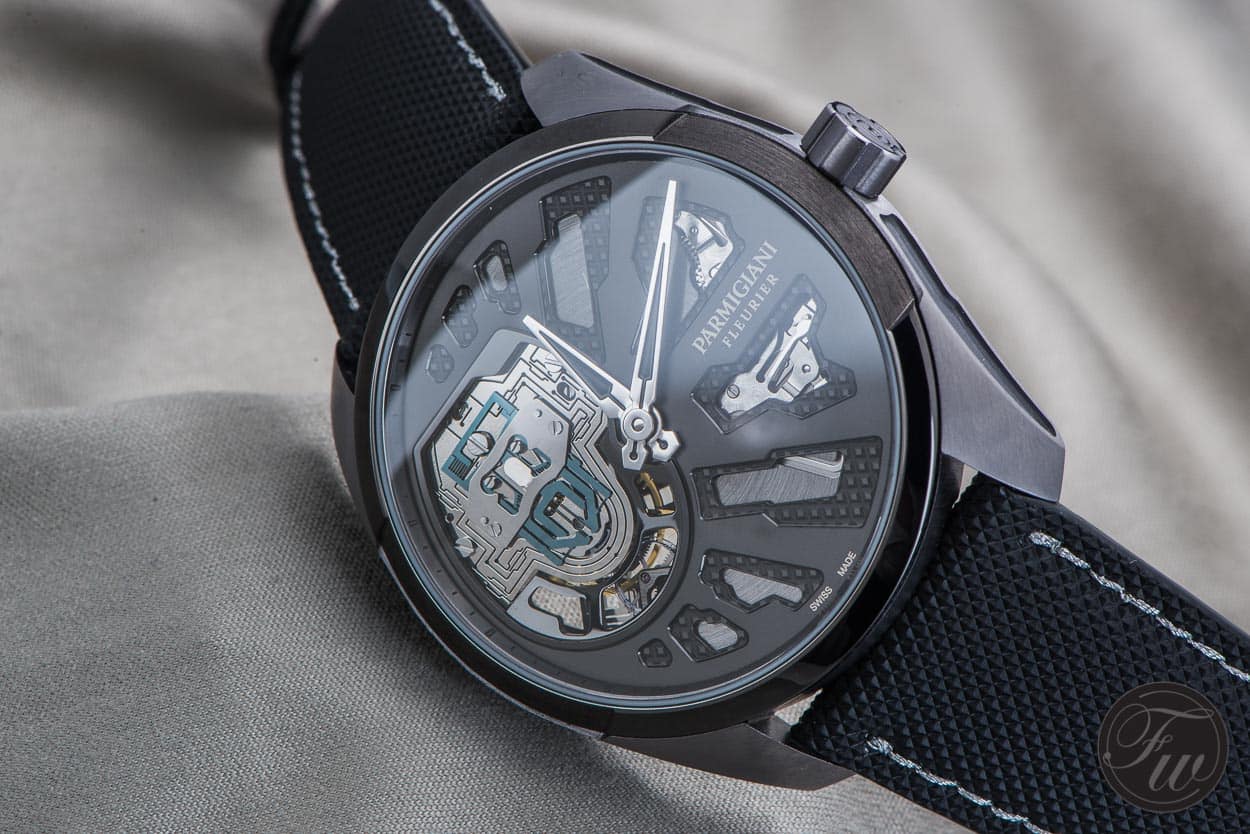 For now, it is to demonstrate what they are capable of using different and new technologies that have been – till now – not so common for the watch industry.

More information and a video of the movement can be found here.