The year 2021 saw many significant changes come to the watch industry. Not many of them, however, felt quite as significant as Patek Philippe announcing that the 5711 Nautilus would be discontinued. Sure, this was followed by a number of releases in the Nautilus product line, including the now-infamous green and Tiffany blue-dialed versions. Nevertheless, the message was clear: Patek does not want to become a one-watch brand. And as iconic and beautiful as the 5711 is, there are plenty of other models that deserve far more recognition than they currently get. Swimming upstream or going against the hype doesn’t really seem like the logical thing to do for most brands, who simply want to sell as many watches as possible. But for a brand like Patek, the ambitions are different. Though sometimes going Tiffany blue is too tempting to pass up, ultimately, the Nautilus will go into hibernation.

We’ve previously discussed the discontinuation of other 5711 models, as well as the hype that ensued, leading to some unbelievable auction prices. This is something which took place upon the announcement last year. However, the time has come, as 2022 was the deadline set for these models to be officially discontinued. And though we don’t have a specific date, it certainly won’t take long for this to come into effect. In the early days of December of last year, it was reported that yet another 5711 model would be discontinued. I’m talking, of course, about the 5711/1R. RJ covered this gorgeous rose gold Nautilus back in 2015, and now its production comes to an end. This, of course, means that we must say farewell to more than just the stainless steel Nautilus models. 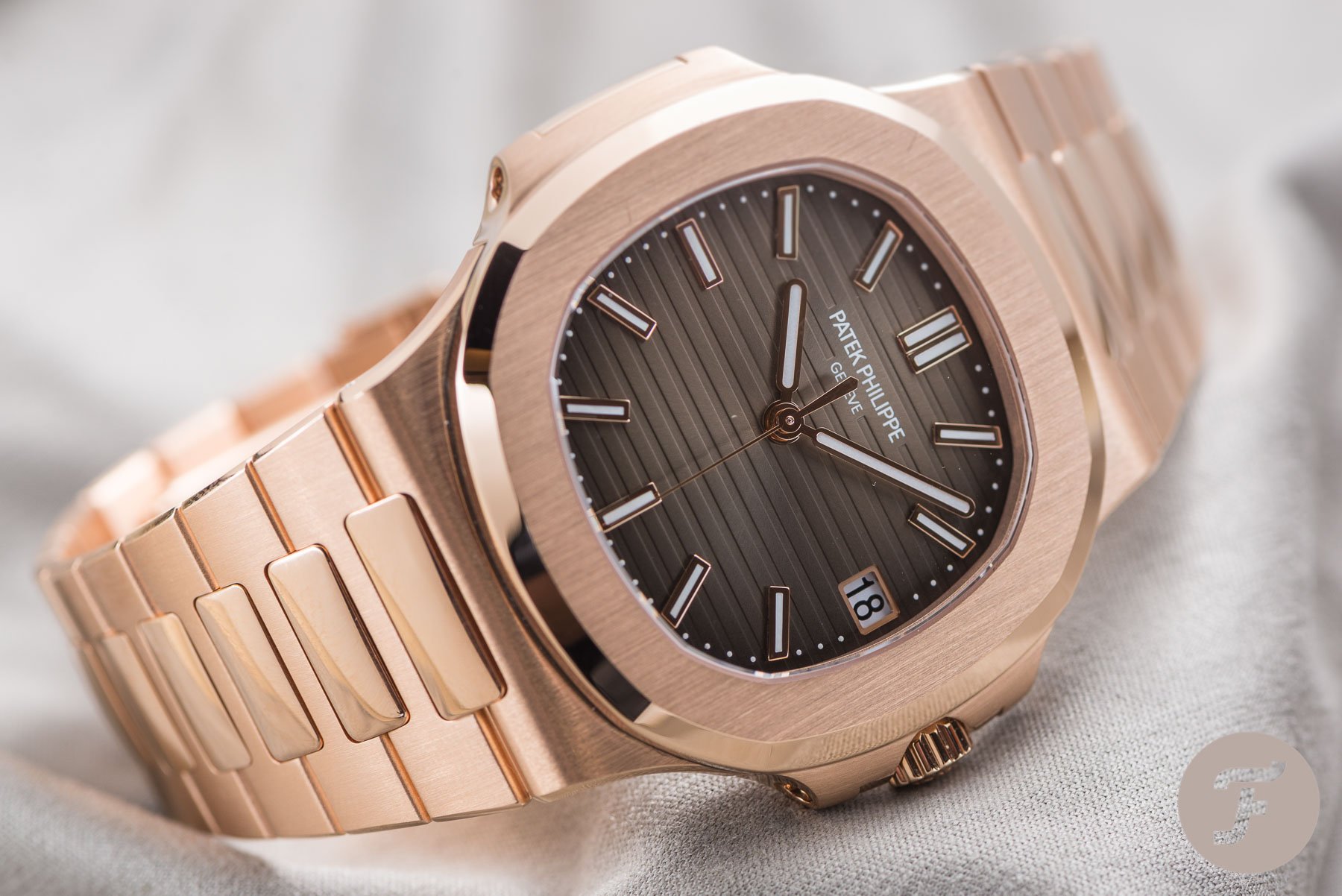 So, what makes this such a tragic departure from Patek’s catalog? If the pictures, with their thousand-word value, haven’t spoken to you already, allow me to do so for them. The 5711/1R was a watch that remained somewhat low-key in times of stainless steel supremacy. But looking at it today, nearly seven years after its release, it’s a wonder that it didn’t take up more time in the spotlight. It’s Patek Philippe giving the 5711 the Midas touch, replacing steel with gold, and blue with golden brown. The appealing form-factor of Genta’s design remains, yet everything that is functional and refined becomes luxurious and opulent. This is certainly not an everyday watch (not that the stainless steel Nautilus is either). Rather, it’s a laser-show-meets-fireworks-display for the wrist, that shines bright, turning heads wherever it appears. 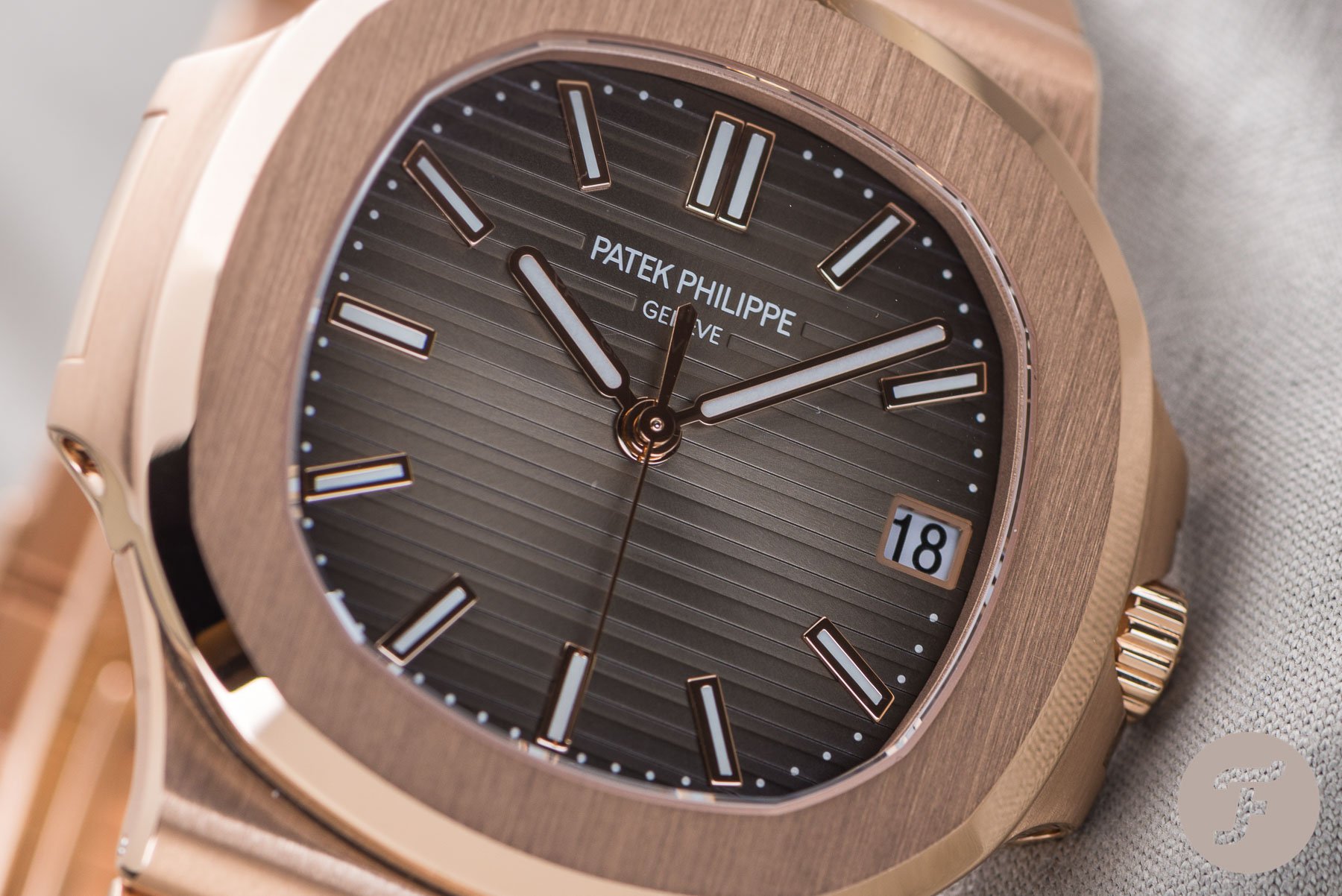 It’s not every watch that looks better in gilded armor — there are some that become downright kitsch and over-the-top. The Nautilus, however, truly shines in rose gold, and the combination with the brown dial is one of the best executed out there. Would I love to see a green dial in the pink gold case? Absolutely. And who knows, perhaps this will be the successor someday? 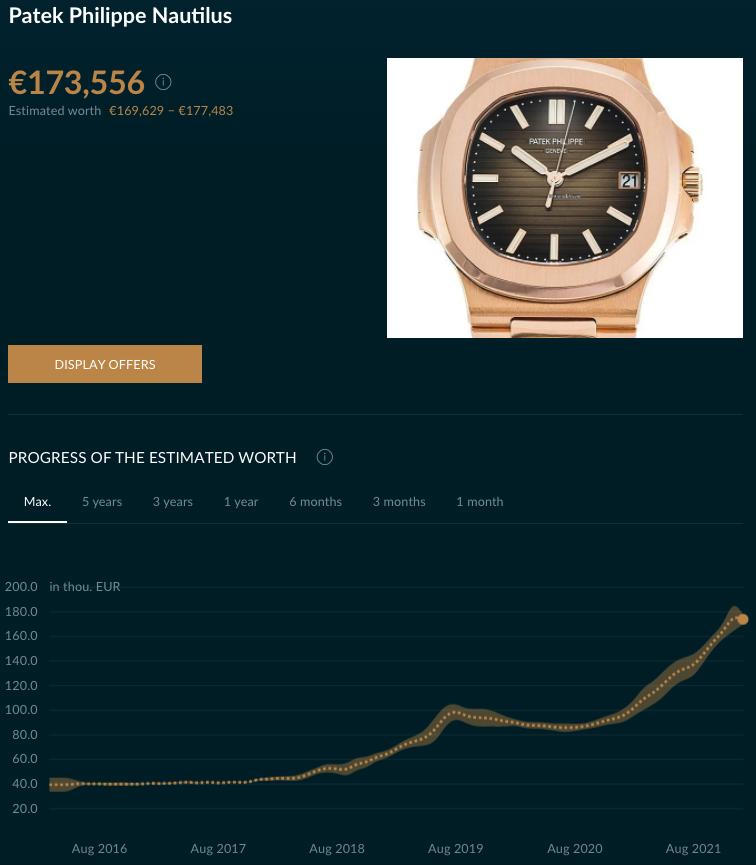 If you’re a fan of the brown, however, you may be too late to make a move. Though the Wempe website shows this model priced at just over €50K, Chrono24 tells very a different story. In 2021, it nearly doubled in price, and that trend doesn’t show any signs of slowing down. Though the hype may favor steel, this precious-metal Nautilus is certainly not a comparative bargain like gold Rolex models might be. 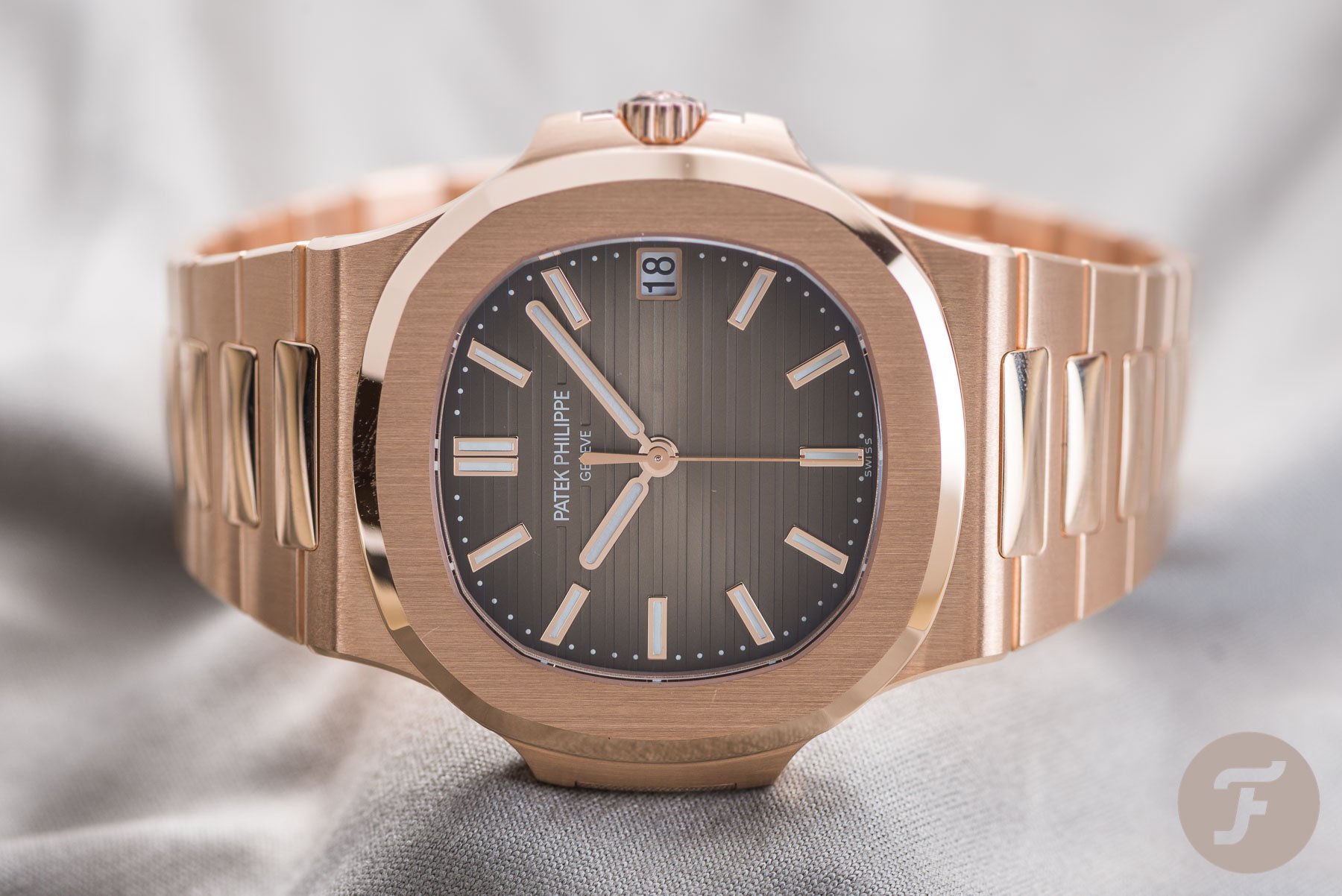 But if my words and Bert’s pictures haven’t done this piece justice, a friend and owner of this watch (@dudus.777) will give you some first-hand insights:

“The Patek Philippe Nautilus 5711/1R was and is my grail watch. This is because it’s such a beautiful watch that is both extravagant but still really elegant and perfectly sized. To me, this model will forever be a classic, as it was the first Nautilus in history to feature the brand’s signature colors of rose gold and brown. I mean, even the watch box, the book, and the leather accessories it comes with are all in that same stunning shade of chocolate brown.

To me, this is Patek’s signature color. All other color combinations, like steel and blue, steel and green, and even the Tiffany blue are also really nice. But you wouldn’t struggle to find these same combinations from almost every other brand, like Rolex, AP, VC, and so on… It’s also extremely rare, as the 5711/1R comes three years after the 5711/1A, making it extra special.” 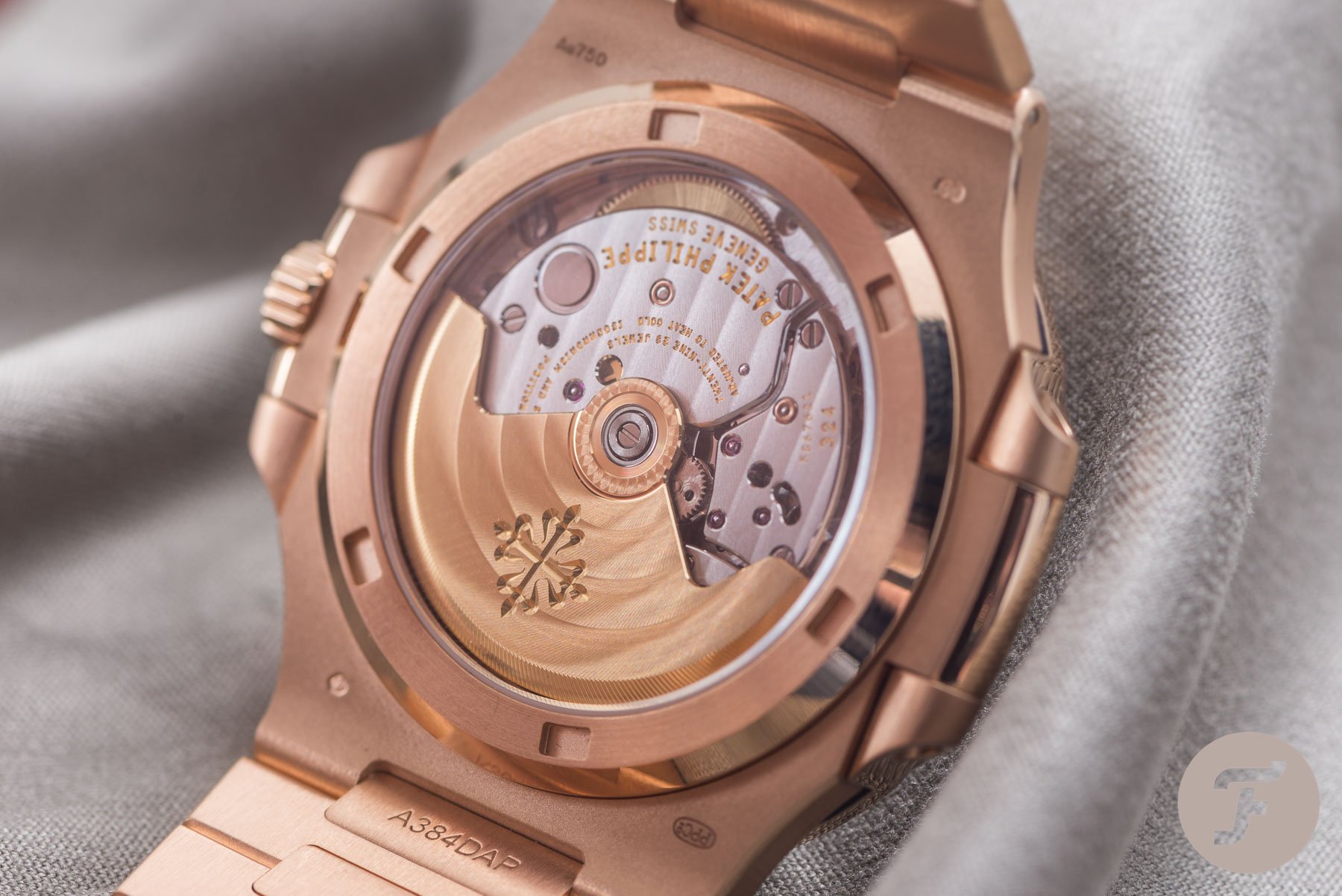 Though we already knew that the Nautilus would be discontinued gradually, with a number of releases leading up to the end of production, it is starting to feel pretty final. Will Patek Philippe surprise us with more special 5711 watches in 2022? Not if what the brand promised is true. But you never know. For now, we’ll have to simply stay tuned and watch those Chrono24 charts rise, as we hope to see this icon come back sometime in the future. But what will that look like? Will it be a drastic and divisive revamp of the classic? Or will Patek follow the Omega approach to the new Speedmaster, adding only a number of subtle changes and improvements? While somewhat divisive, at least small improvements like those seem to be welcomed by most enthusiasts. But for now, we can only speculate and hope for the best.

What are your thoughts when it comes to the 5711/1R and to Patek’s approach to this dilemma in general? As always, we’d love to hear your thoughts in the comments down below.