We’ve covered anOrdain more than once here on Fratello, as some of our contributors are fans of that brand. A few weeks ago, I received a press release from Paulin watches, about a collaborative piece between them and anOrdain.

I have to admit, I had never heard of Paulin watches before. It is a company founded by three sisters from the Paulin family. Although their history goes all the way back to their great-grandfather when it comes to creating things, I will stick to the three Paulin sisters (Elizabeth, Charlotte, and Eleanor) who founded the current company in 2013.

Somehow, the Scottish Paulin company wasn’t on my radar. But this Neo collab piece between Paulin and anOrdain changed that for good, I guess. They sent us one of their watches, the Neo C, featuring a funky-colored dial. 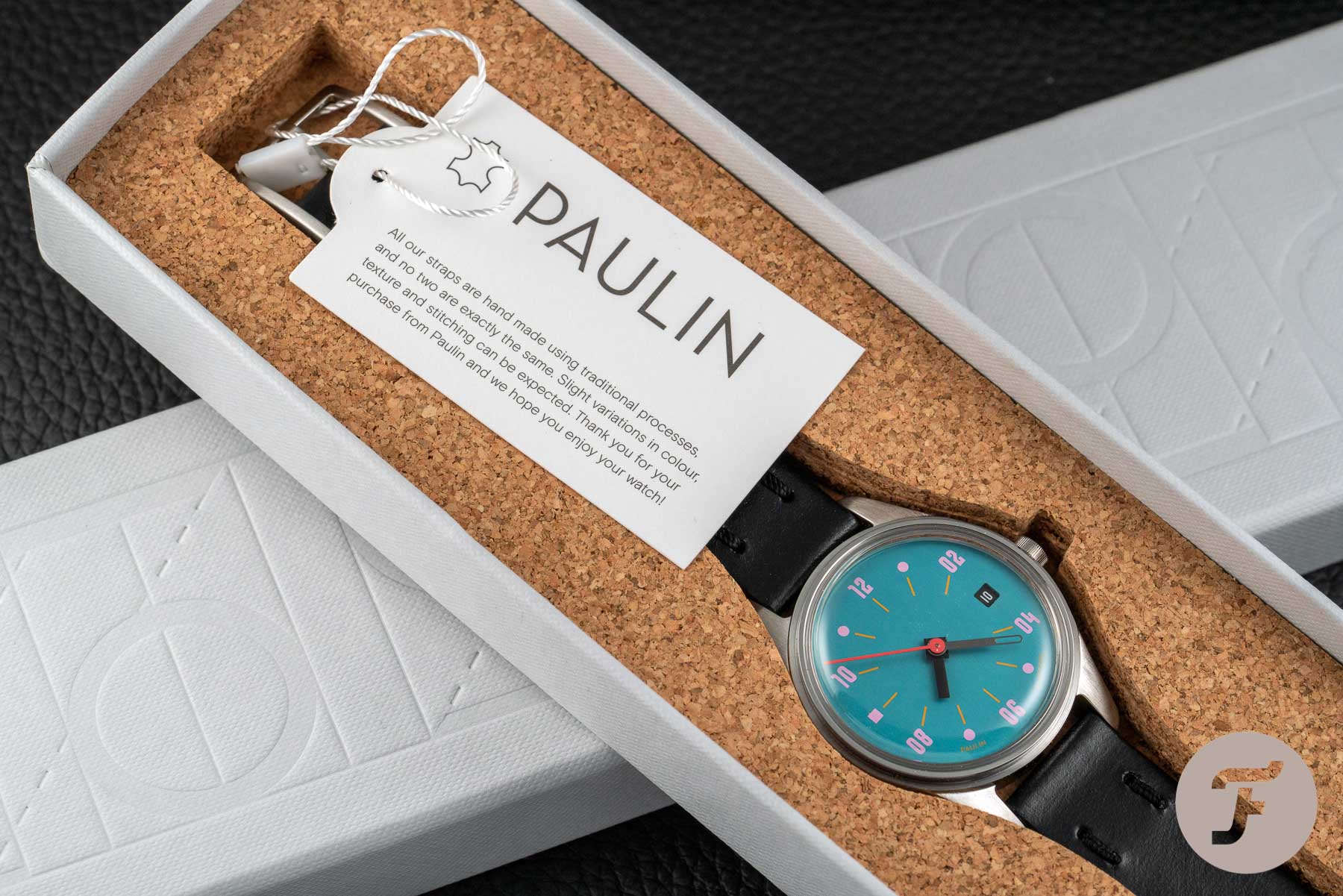 Admittedly, when this Paulin Neo C watch arrived in our office, it was met with a confused frown. Those who know me, also know that I am far from being funky. But, sometimes you have to get out of your comfort zone so I put it on, and voila. It looked good. Somehow, it reminded me of those colorful Swatches from the 1980s with the same kind of color scheme. I am a sucker for those, but the small diameter (34mm) keeps them away from me. This Paulin Neo C however, is 38mm and has an automatic movement. Those are great ingredients for success. 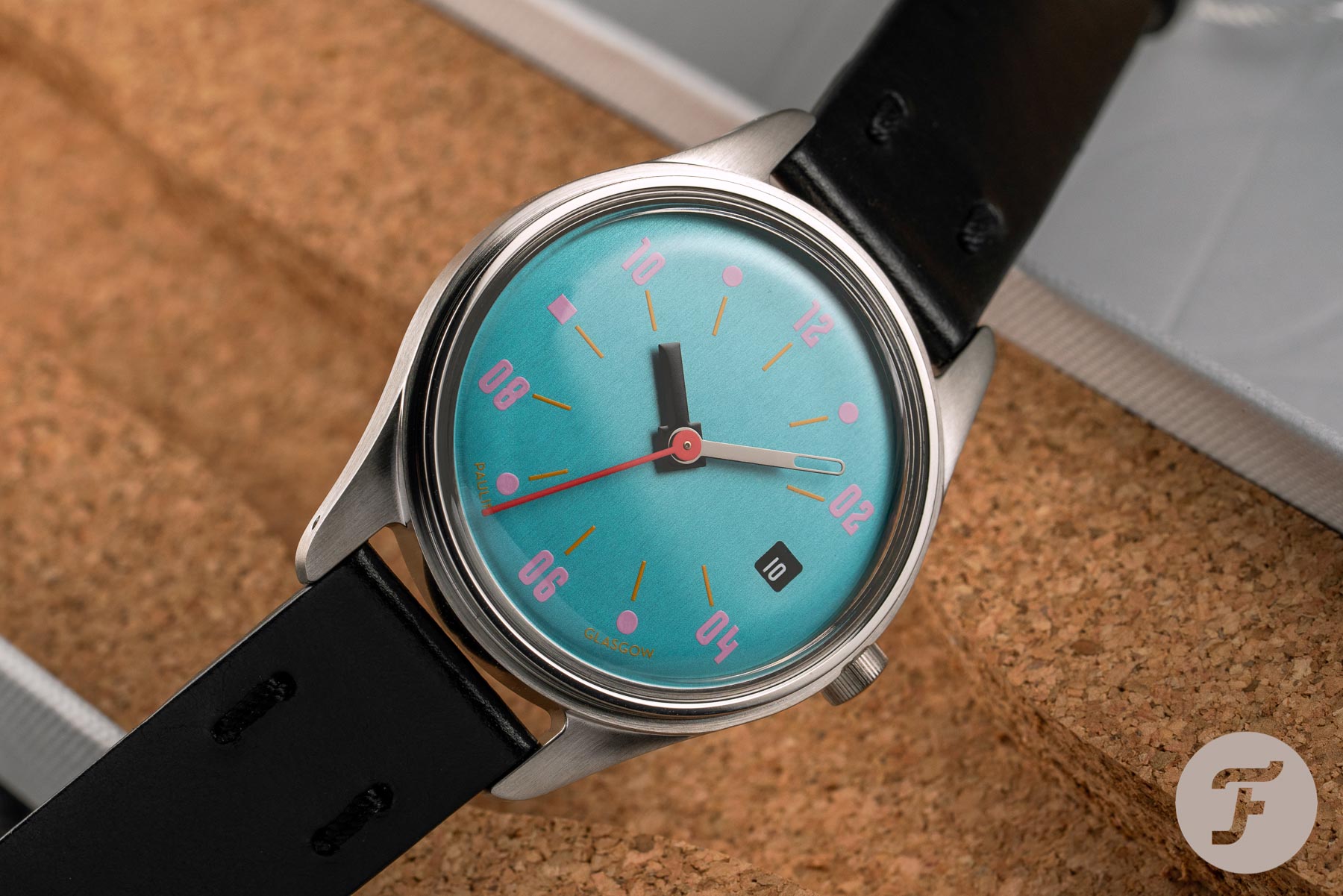 For the people who aren’t up to funky colors, there’s also a Paulin Neo A and Neo B version. I guess Dave prefers Neo B, as it has a yellow dial (go for it, Dave!). But, as said, the dial of Neo C reminds me of the watches I grew up with. And I am a sucker for nostalgia. 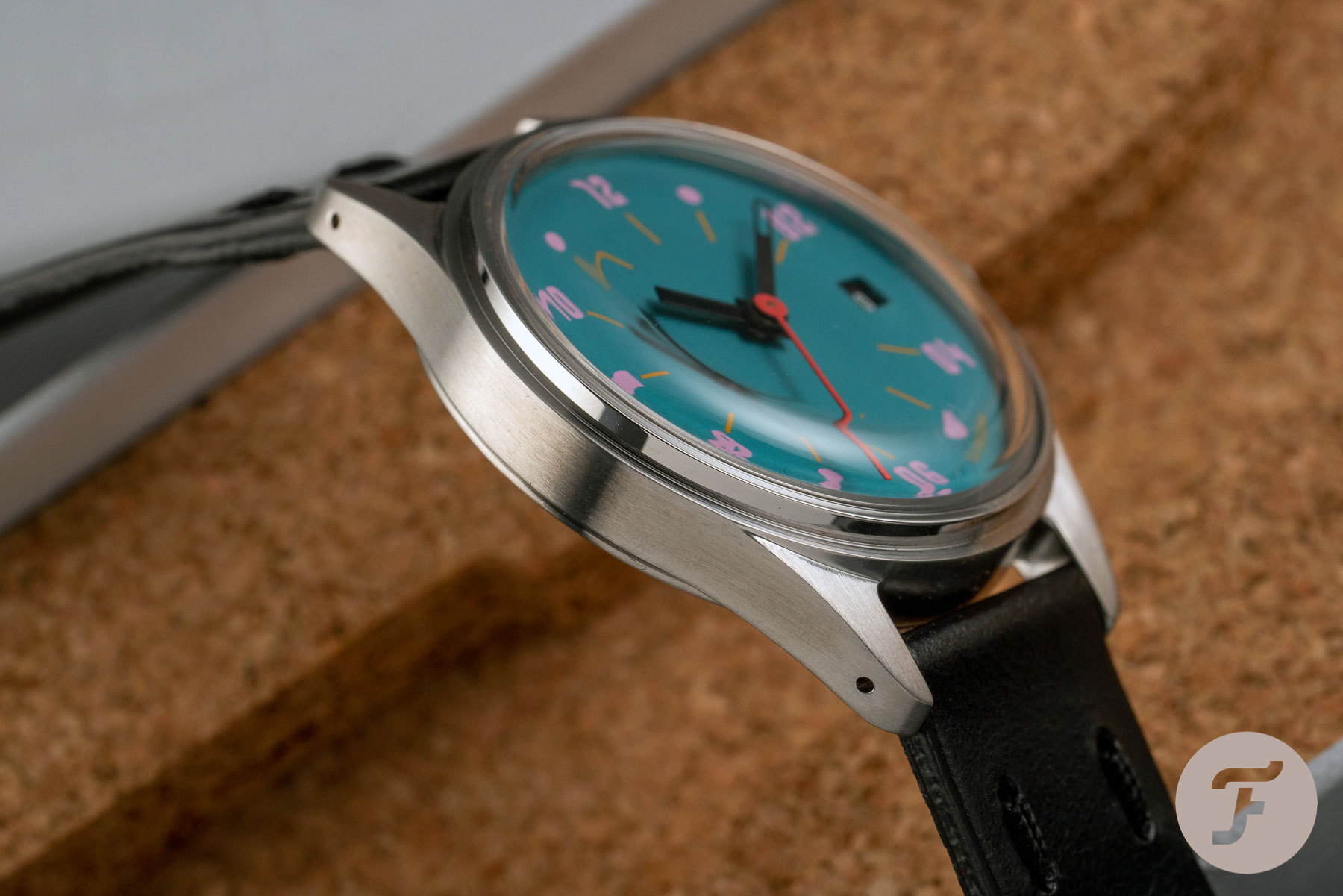 The collaboration between anOrdain and Paulin is less of a coincidence than you might think. The founder of anOrdain, Lewis Heath, is the husband of Charlotte Paulin. There you go. For the design of the Paulin Neo, the two teamed up and also included another designer from Glashow, Helen Swan. She’s responsible for the dial design of the Paulin Neo watches. The dials are made of anodized aluminum. 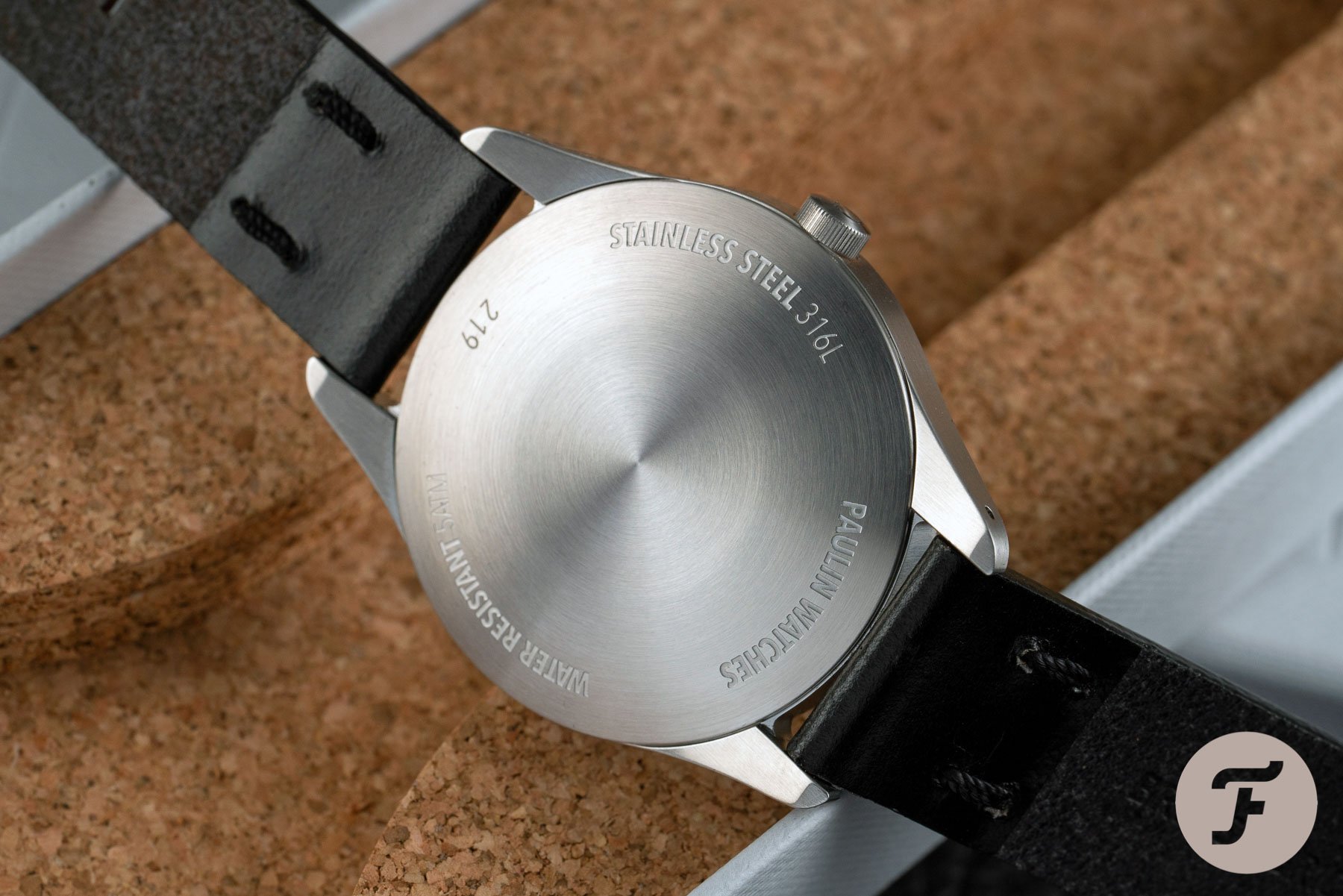 Underneath the 316L steel case back, there’s an automatic movement that powers the watch. It is caliber NH35A. Watch enthusiasts know that this movement comes from Seiko in Japan. It is a pretty solid movement and makes perfect sense for the price point of this watch (£395/€435 at the time of this writing). What I found interesting is that the crystal of the Paulin Neo C is made of Hesalite. Sounds familiar? That’s the same type of plexi crystal you’ll find on the Omega Speedmaster Professional.  You’ve probably heard about that watch I reckon… 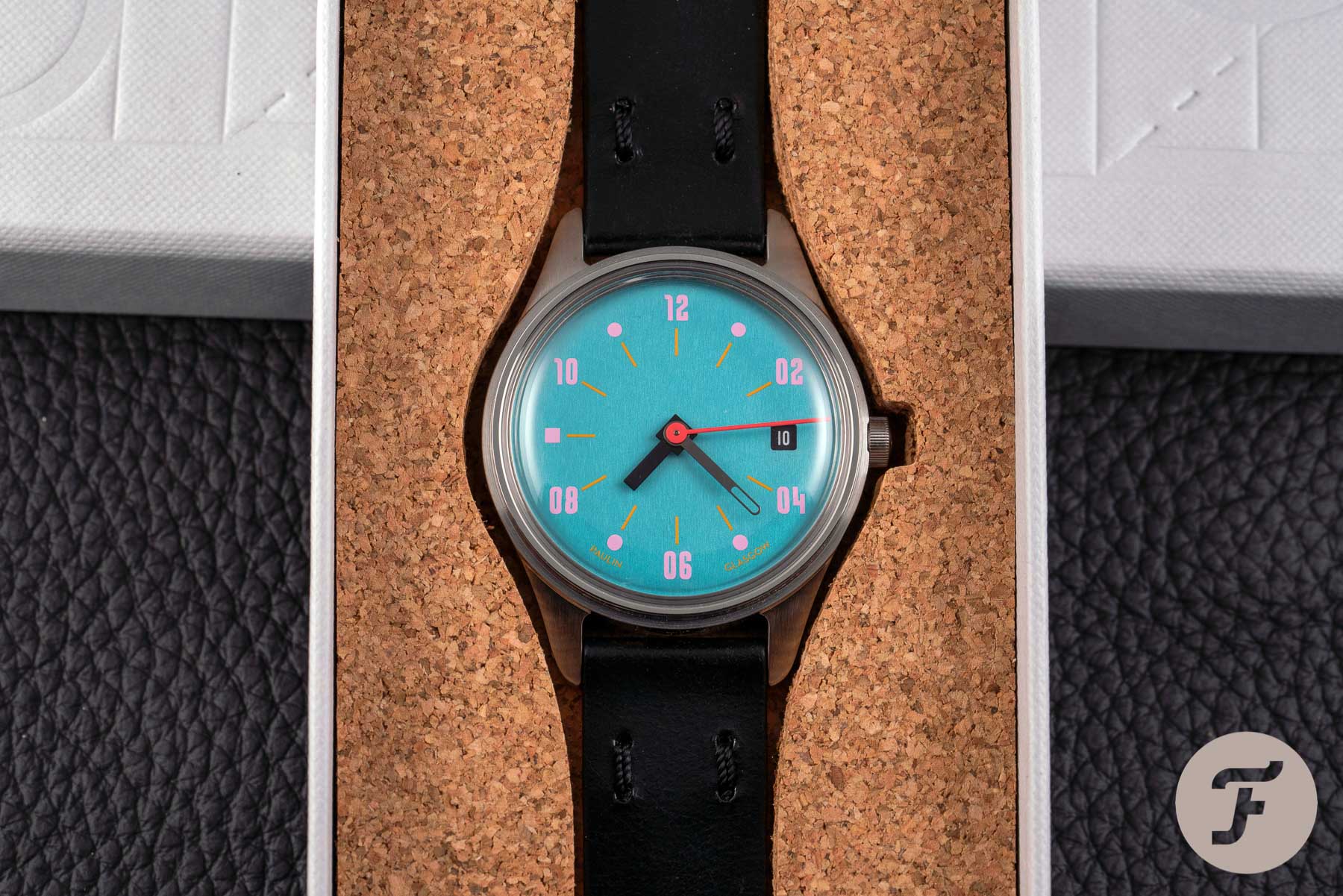 To me, the Paulin Neo C is a fun watch. It will not replace your IWC, Breitling, Tudor, Rolex, Omega etcetera. But I also understand that to a lot of people, £395 or €435 is still a lot of money for a watch. That said, I am impressed by the quality when I look at the price point of this watch. I might not be funky enough to rock that dial on the Neo C, but the butterscotch yellow dial on the Neo B is actually an interesting alternative. 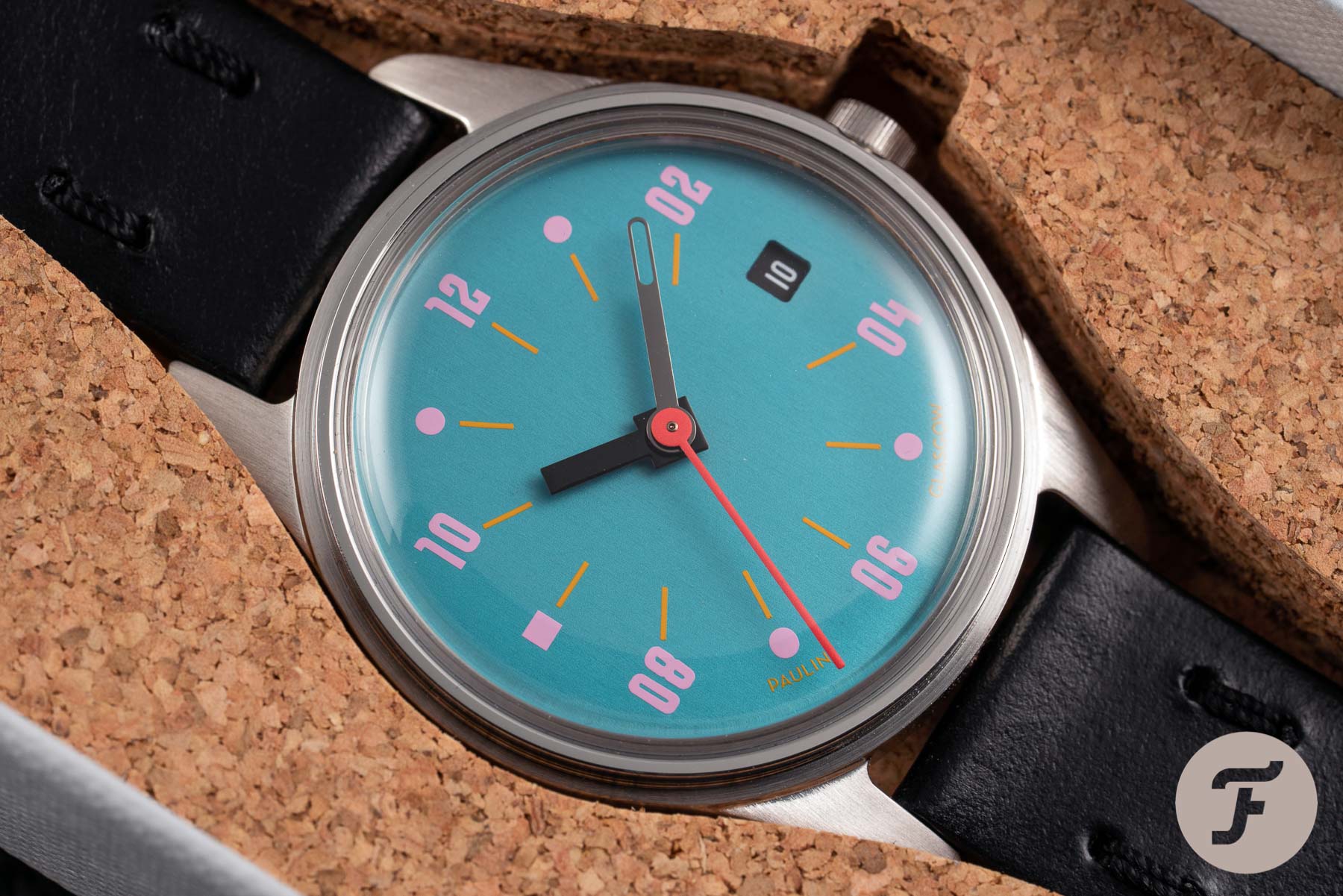 This watch is mainly designed and produced in Scotland. The anodized aluminum dial has been worked on by Helen Swan, and the printing of the dial takes place in the anOrdain workshop. The “Wim” typeface though is inspired by the Dutch graphic designer Wim Crouwel. And now comes the interesting part. Wim Crouwel was one of the founders of Total Design, a Dutch design agency founded in 1963. One of the other founders was Dick Schwarz. And Dick Schwarz has his office next door to the Fratello office in The Hague. At the next monthly office drinks — where Dick Schwarz is in charge of the background music (always Sinatra) — I will tell him about this watch and the typeface inspired by his old friend. 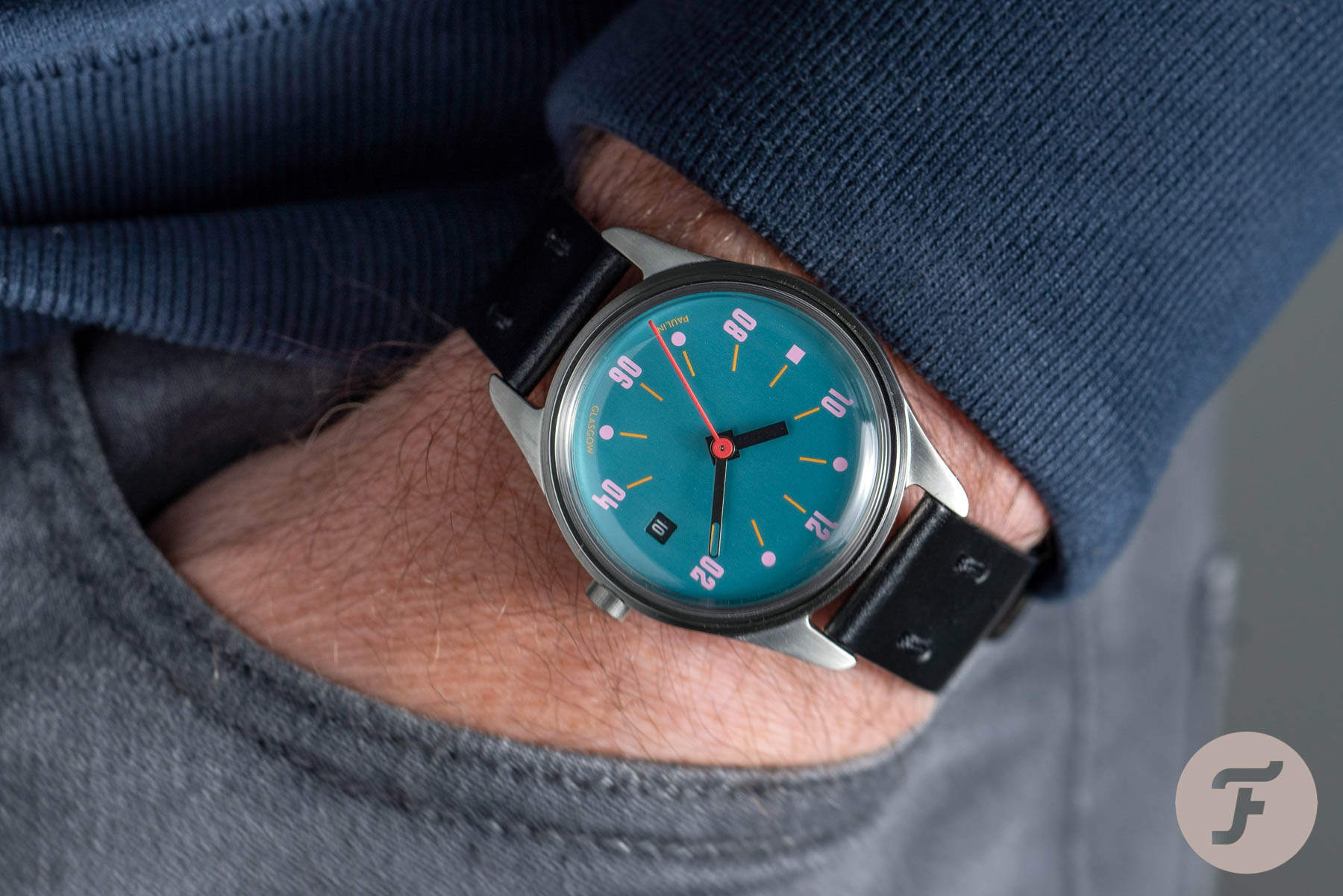 What I also like about this watch that it has a bit of a “tool watch” inside. Drilled lugs, brushed case, a plexi crystal, and water resistance of 50 meters. As indicated earlier, the price is £395 and the watch can be pre-ordered via the Paulin website here. If you like the anOrdain watches we showed you here and here, also have a look at this initiative by Paulin × anOrdain. You can select from a variety of strap colors and, opt for a see-through case back (free of charge), if you prefer.