Pre-Owned Spotlight: Daan’s Favorite Laureato, A Sensible Polerouter Alternative, And A Breguet Empire From The ’50s

Something for every wallet and plenty to dream about!
Daan de Groot
comments 7
Share

Let’s start today’s Pre-Owned Spotlight article with a little disclaimer: the watches I present below serve as mental bookmarks. You could see them as pieces of inspiration for starting a pre-owned hunt of your own. Let’s just dive in immediately, and you’ll see what I mean.

This is the first time I’m writing for the Pre-Owned Spotlight series, so I can still draw from my own little watch list. Now, the list is not that long because, as I already told you here, I’m quite content with all the options I can choose from in the morning. But there are always dreams and other interesting watches that pop up when I visit get-togethers and browse around on forums. 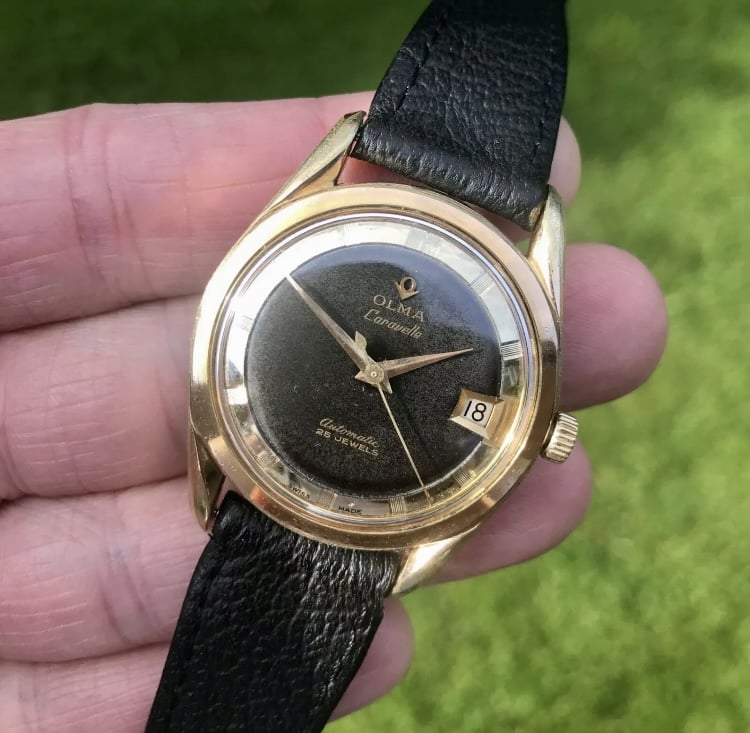 For example, on the Dutch watch forum, I came across an Olma Caravelle from the 1960s on offer for €375. It looks a lot like the very popular Universal Genève Polerouter. But the seller actually nicknamed the Olma the “next best thing” after the original Polerouter went up in value so much lately. I’ve always been a fan of the UG Polerouter. Last year, I tried on a steel one with a black dial at a get-together, and it was absolutely beautiful. Nowadays, it’s quite hard to find ones that are in good shape. And if you do, the price will swing somewhere between €2,000 for an acceptable one and €5,000 for an impeccable one. For me, that’s a lot of money for a watch that I know I wouldn’t wear a lot. 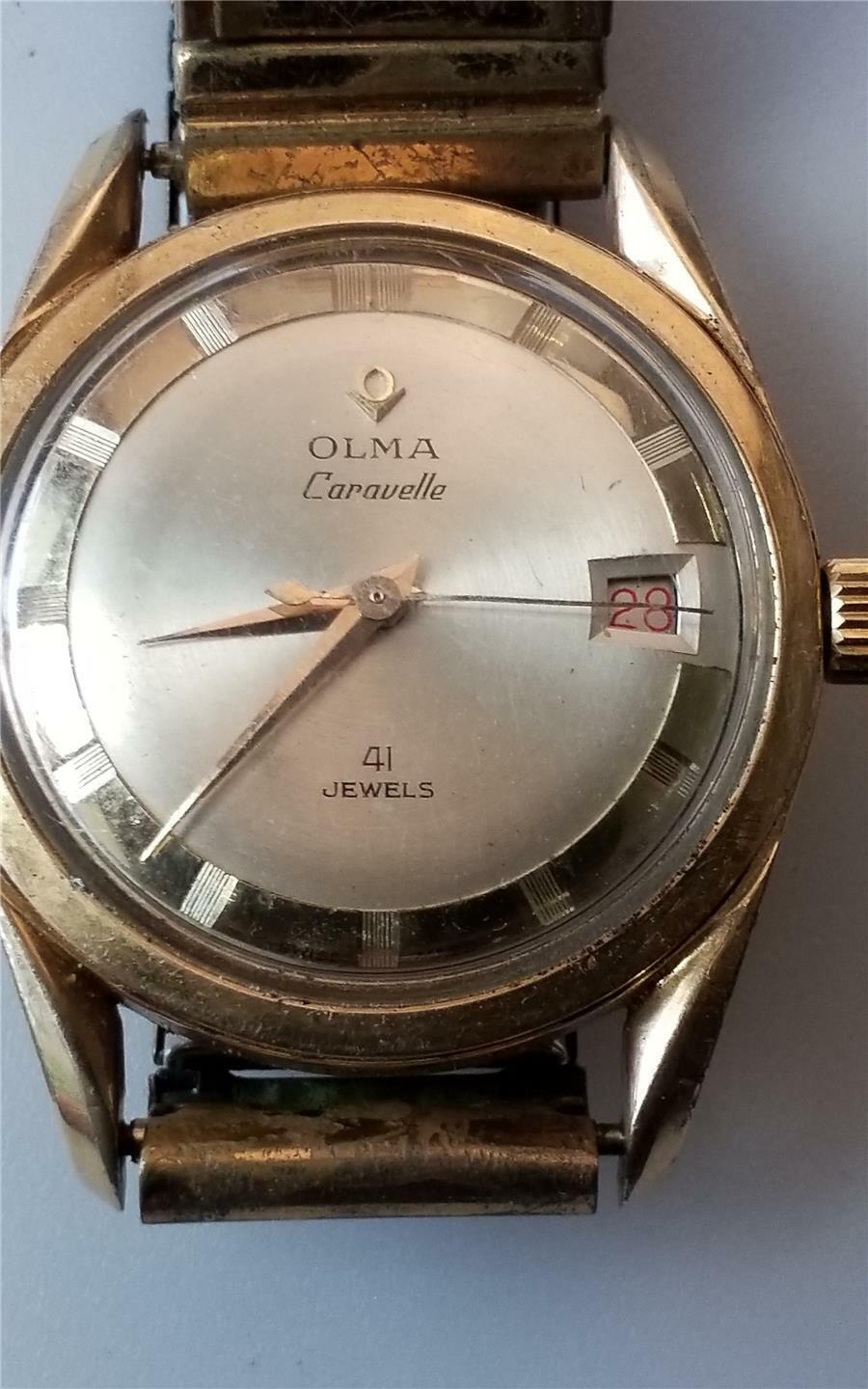 In that case, a very similar-looking watch at a fraction of the price suddenly becomes an interesting proposition. The one on offer isn’t in a great state. The lugs look like they have seen quite a bit of wear, and the case could also use a new layer of gold. But still, for this kind of money, I’d be glad to wear it for a while and see if a watch like that is indeed something for me. The one on the forum may be hard to buy for you, dear non-Dutch Fratelli, but I also found an example on eBay in Australia for US$249. This one is also not in great condition, but for that price, it might still be worth checking out.

If you’re looking for something like a Polerouter but the prices scare you away, I highly recommend you start your own search for a more affordable Olma Caravelle. 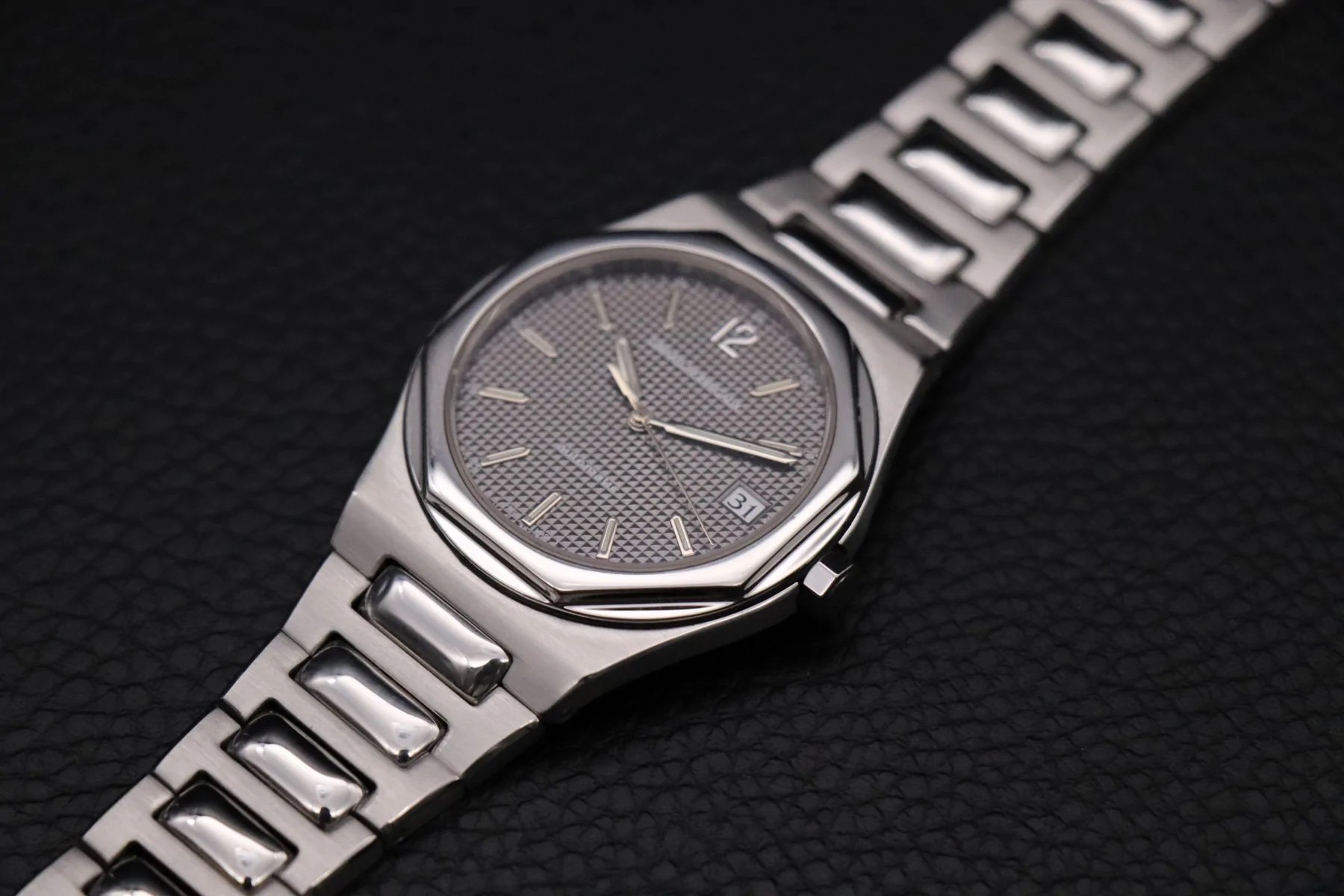 The Laureato I dream about

All right, let’s go up “a bit” in price and talk about the next one on my watch list. It is the Girard-Perregaux Laureato, but not one of the more recent ones (although that 38mm one with the copper dial from last October looks absolutely stunning). My favorite is this beautiful reference 8010 from the year 2000. This particular example was being offered for €12,890 in Germany. I’ve been following it for a little while now, and the price had already dropped twice. I suppose that’s quite understandable because paying more than €10K for a stainless steel watch feels a bit extravagant indeed. 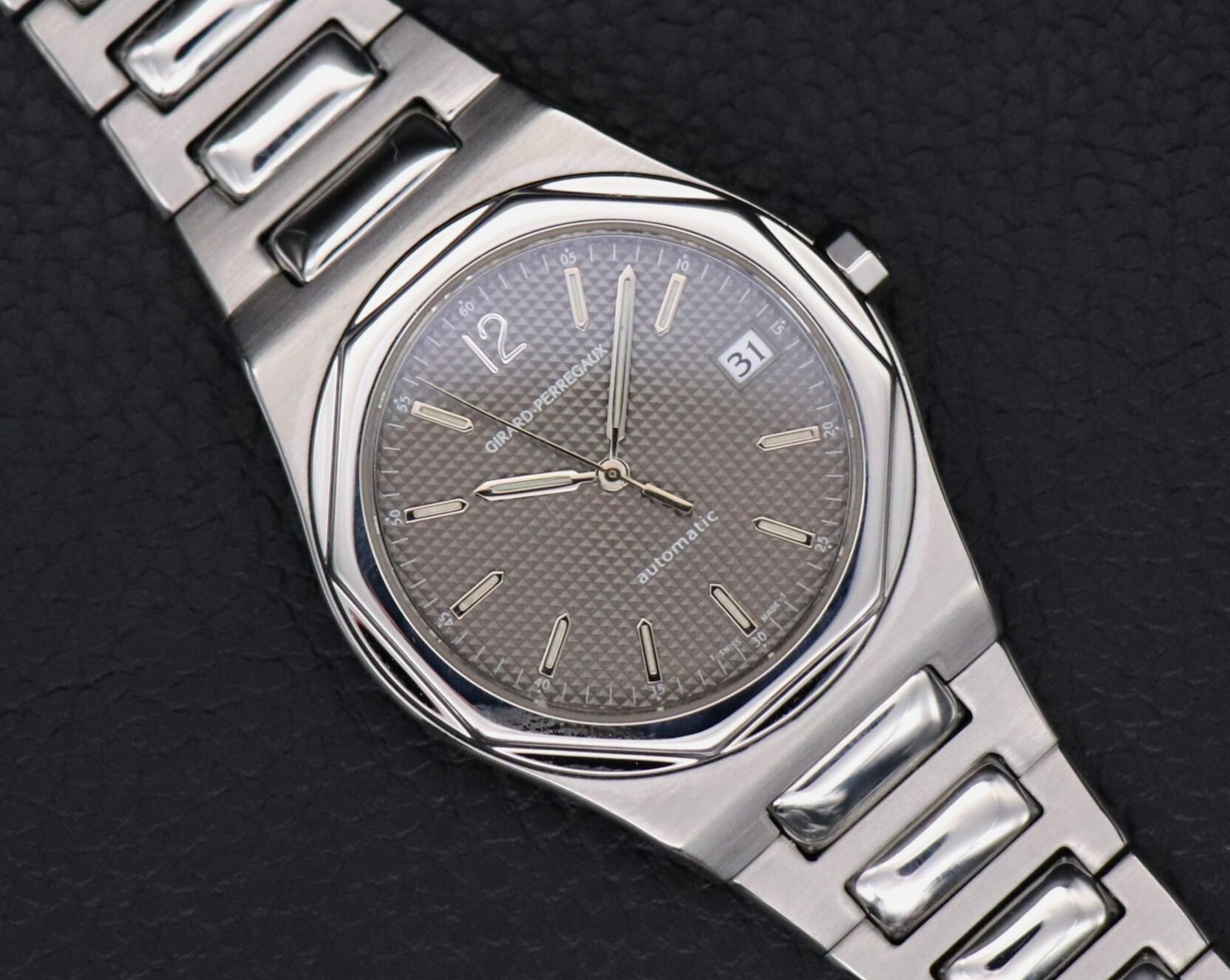 But apparently, someone thought it was worth it because, as I type this article, the watch actually appears to be sold. Too bad for me — or you if you were interested — but I’ll just keep my eyes open. I also saw this example on Chrono24, but it’s even more expensive at €17,500. What I really like, though, is the fact that this reference is 36mm wide rather than the current 38 and 42mm sizes. The smaller case will suit my 17cm wrist a little better, I think. “I think” indeed because I’ve never actually tried the 36mm version on. For now, I’ll just keep my eyes peeled for more affordable options. And in the meantime, let’s look at another watch that’s way out of my league. 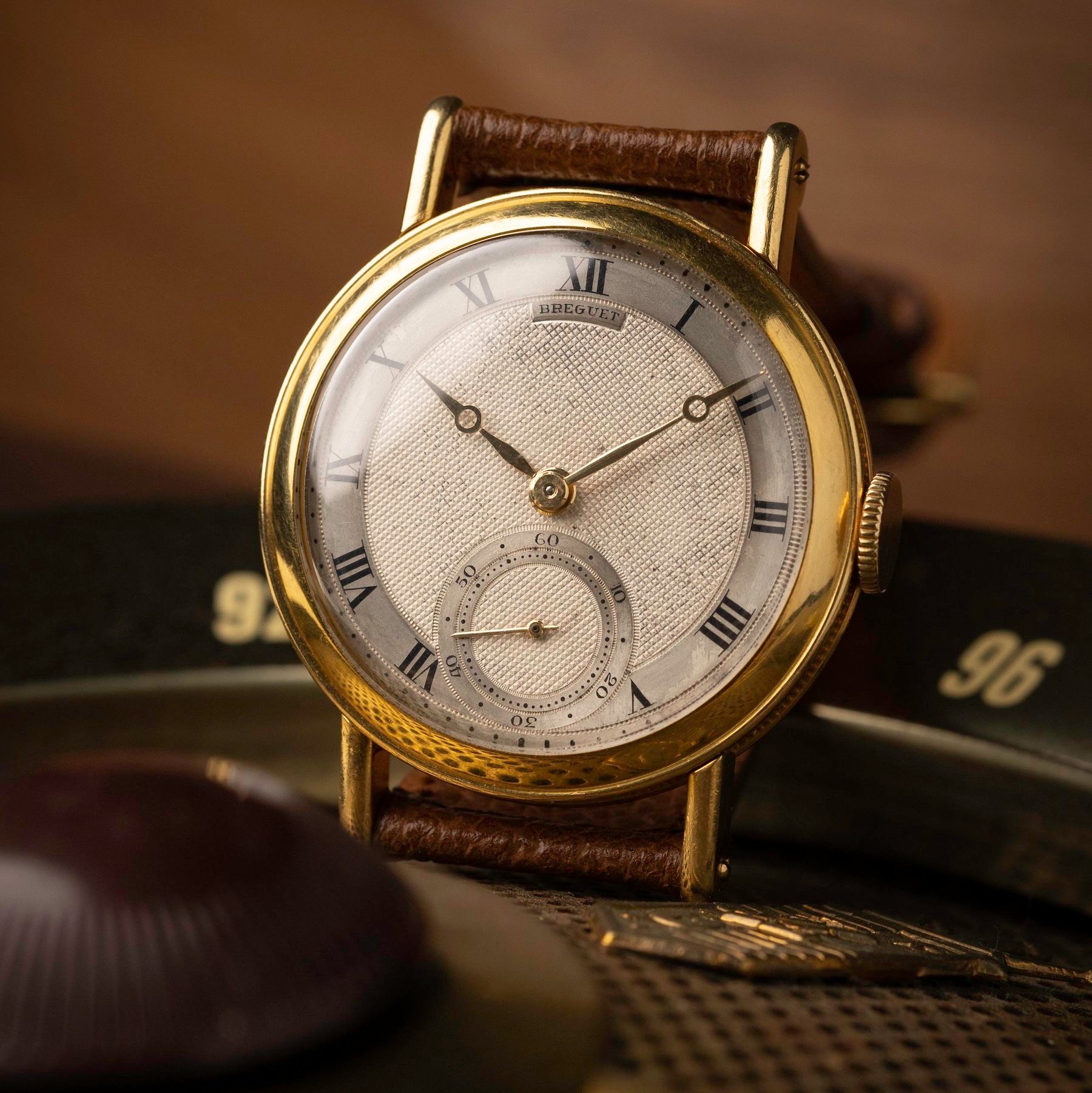 RJ already said it in one of his Pre-Owned Spotlight articles: “Buy a Breguet before it’s too late.” I actually did right after that article was published — not exactly because he said so, but because a trade came up between another enthusiast and me. So since the end of last year, I’ve been absolutely obsessed with my Breguet Classique 5907 and everything that is Breguet. And that’s why this Breguet Empire from the 1950s caught my eye. It has almost the exact same dial layout as my white gold 5907 with the sub-seconds at 6 o’clock, guilloché in the center, and the brushed hour track. But this one is yellow gold, including the Breguet hands, and it’s 2mm larger at 36mm.

In addition, the coin-edge case and characteristic straight lugs are still there. I find it fascinating that such a longstanding design can still be so attractive today. And what I didn’t know was that this model was previously called the Empire. I think I’m going to call mine that as well from now on. This particular example from Oliver & Clarke still looks quite good, especially when you take into account that it has probably already had quite a few owners. The next owner should be quite a wealthy one, though, because US$62,500 is definitely a lot of money. But if you ask me, this Breguet Empire is a true grail if this style of watch is your thing. 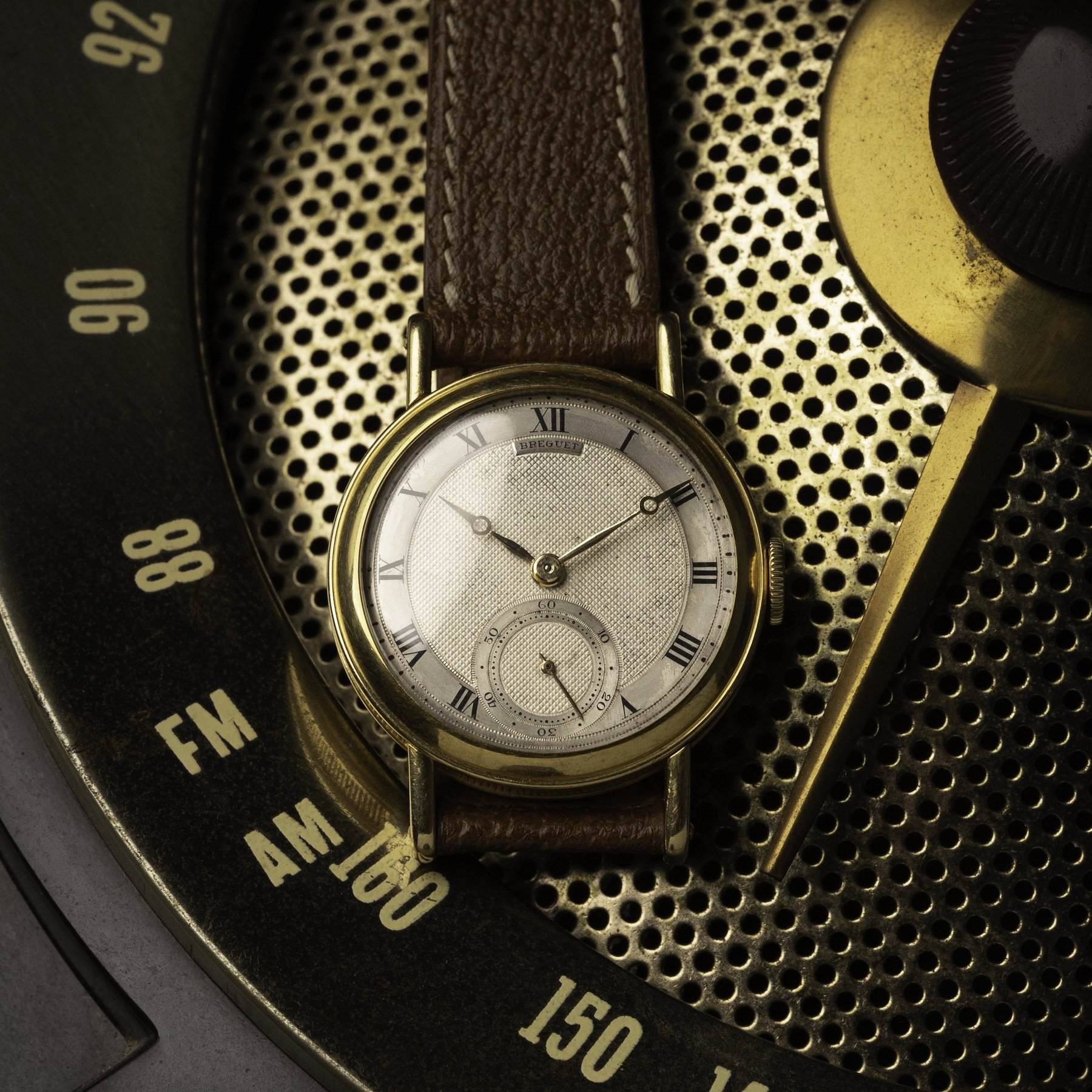 So there you have it. I hope the Olma inspires you to dig a bit deeper to discover some lesser-known alternatives to popular watches. The same also applies somewhat to the older Laureato reference. Unfortunately, in that case, the price isn’t as favorable as the Olma’s. And that Breguet? Well, that’s just a piece to dream about at night, imagining all the events it has already experienced with its previous owners.

Have you ever considered buying a watch that looks like a very popular one? And which watches are you daydreaming of? Let me know in the comments below.