If you didn’t wake up this morning having dreamt of owning a new Raketa watch built with genuine submarine steel, go back to bed right now and try again. For those of you that rolled back the duvet with this rather specific desire locked in mind, welcome. If you’re looking for more information on (and some awesome images of) the new Raketa Leopard 24, you came to the right place.

Oddballs always stick in the memory. Raketa has quite a track record of creating charming anomalies imbued with an on-brand character. Not all of them hit the mainstream mark, but then, that’s kind of the point. Raketa is a long-running, fervently supported brand in its domestic market. It knows what its followers like. And, it would seem, its followers like it to keep on pushing. 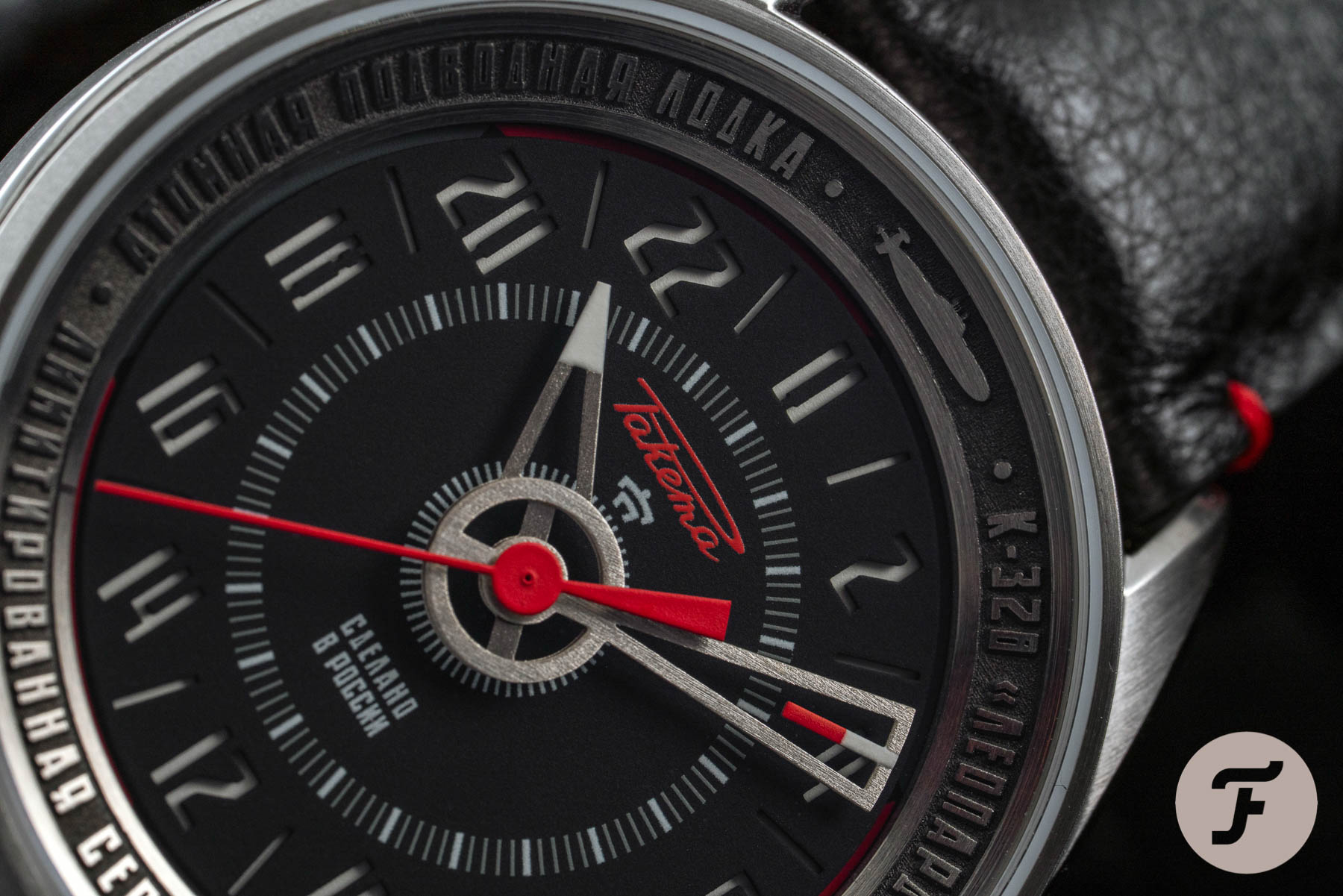 With almost exactly three centuries of history to lean on, the company that has been producing Raketa-branded watches since 1961, could probably afford to get lazy. Releases like the Leopard 24 and the recently reviewed Big Zero watch (which I actually really liked) prove that the brand is following its own path. Outside of the brand’s native Russia, the styles can sometimes come across as instantly challenging. Having spent some time with them, though, they become less shocking and much more subtle on the wrist over time. 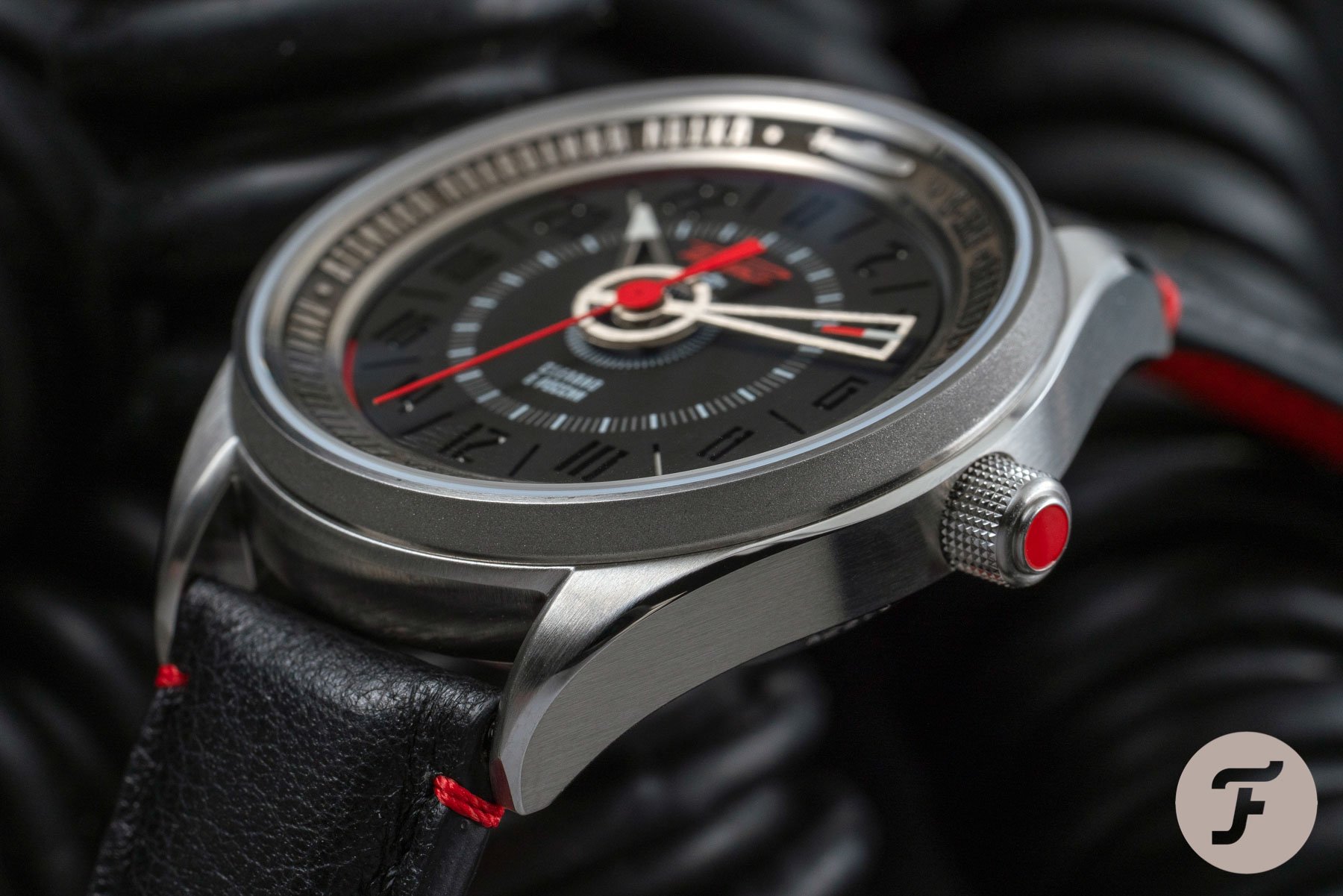 In watchmaking, we talk about “points of difference” a lot. With so many companies making so many watches for a finite number of wrists, it can sometimes be hard to fathom how the industry stays afloat at all. Being different from the next company is essential. Brands try and differentiate themselves in all kinds of ways. Some focus on technical quality. Others choose to put handcrafts to the fore. Many modern brands rank aesthetics above all others. Raketa dips in and out of all three in an attempt to offer a product that is quite unlike anything else. 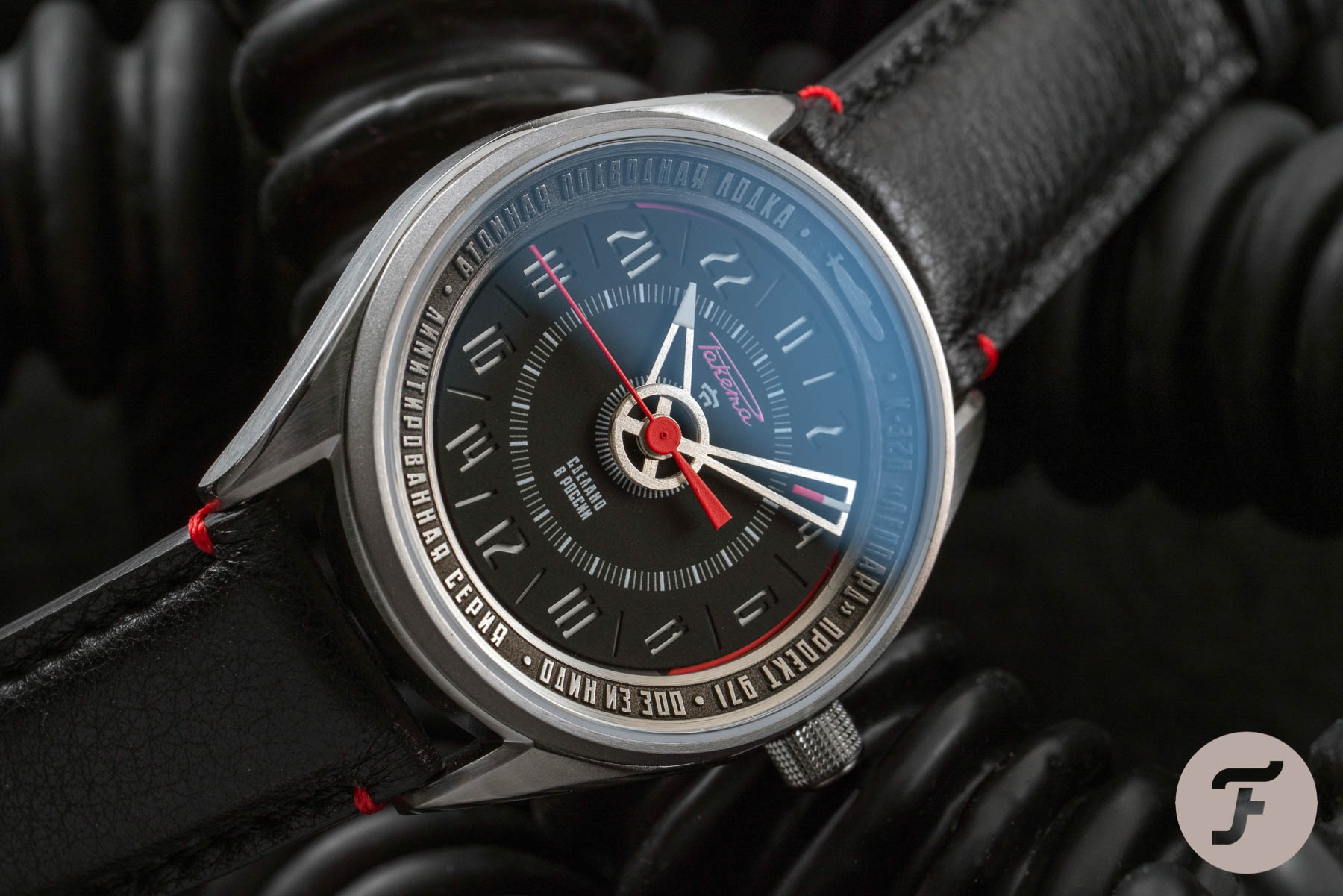 When it comes to the Leopard 24, we have a strikingly designed 24-hour dial watch. It has been created in tribute to the Leopard submarine and even uses a piece of machined submarine steel for its complex bezel. At 44mm wide, the Leopard 24 certainly makes a strong visual statement on the wrist. And given the brand’s propensity to deploy their signature color red as often as possible, the backside of the watch is no different…

An in-house caliber for your collection

Powering the Raketa Leopard 24 watch is the in-house caliber 2624A. This is a slightly odd movement for a couple of reasons, and certainly one I could imagine finding a place for in my collection. Firstly, its operating speed is a languid 18,000vph, and although the power reserve tops out around 40 hours, the advantage of such a slow beat is surely a reduction in wear and tear on the components. After all, while operating frequencies are often either dismissed or interpreted as “the higher the better” there are two sides to that coin. 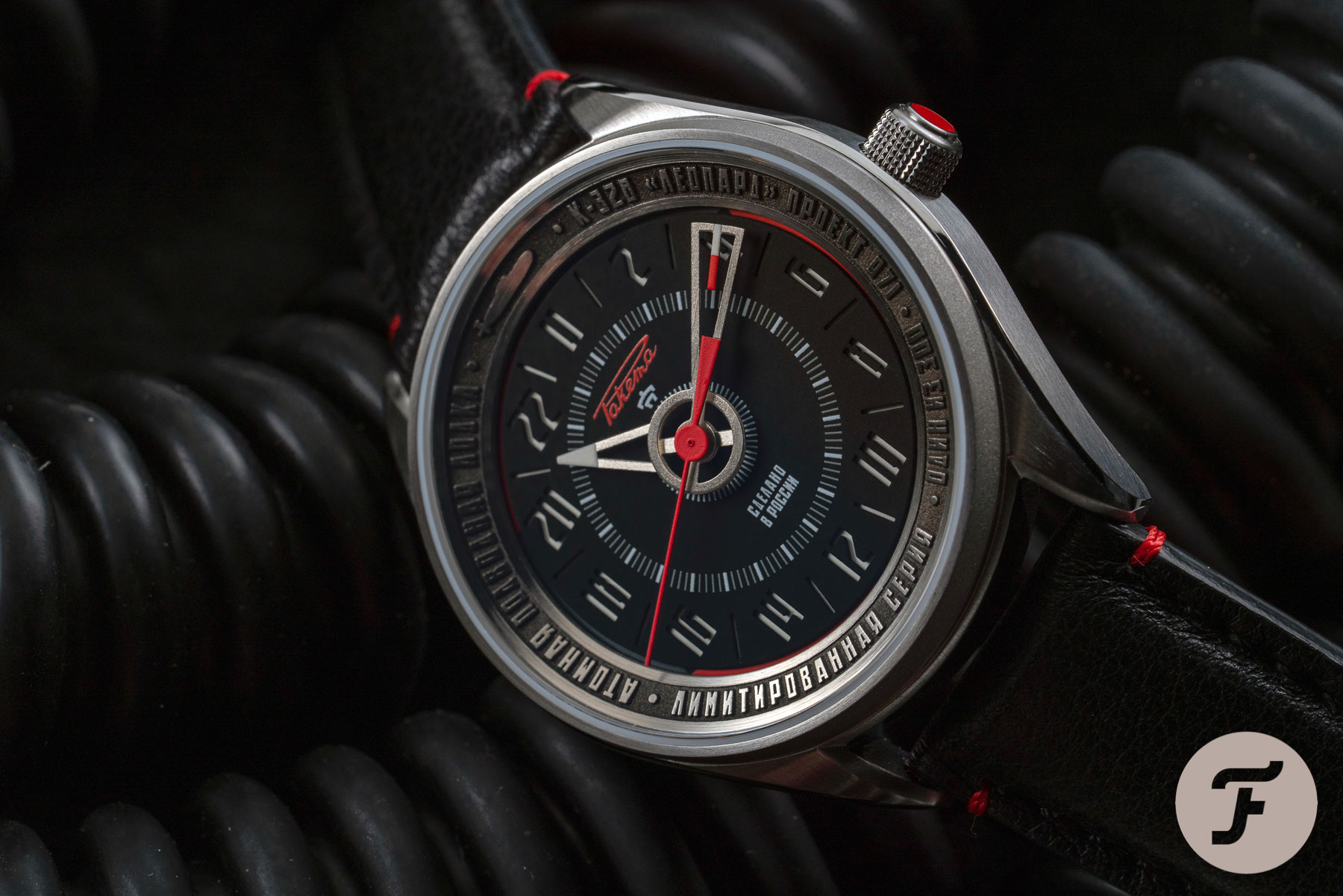 A hi-beat movement with a 36,000 train count, ticks 10 times per second. That is twice as often as an 18,000 train count. While five ticks per second doesn’t sound a huge amount on paper, the number of those interactions quickly becomes significant when you extrapolate it over an hour, a day, a month, or longer.

Every hour, the escapement of a 36k hi-beat unlocks 1,500 times more than that of an 18,000 train count. Every month, that equates to 1,095,000 more ticks. Over the course of a year, an operating frequency of 36,000 as opposed to 18,000 results in 13,140,000 more ticks. On the surface, that would suggest that a watch with an 18,000vph operating frequency can go twice as long between services as a hi-beat equivalent. In practice, however, the difference in favor of the slow beat model is often even greater due to the exponential risk of damage or “exceptional wear and tear” of hi-beat calibers. 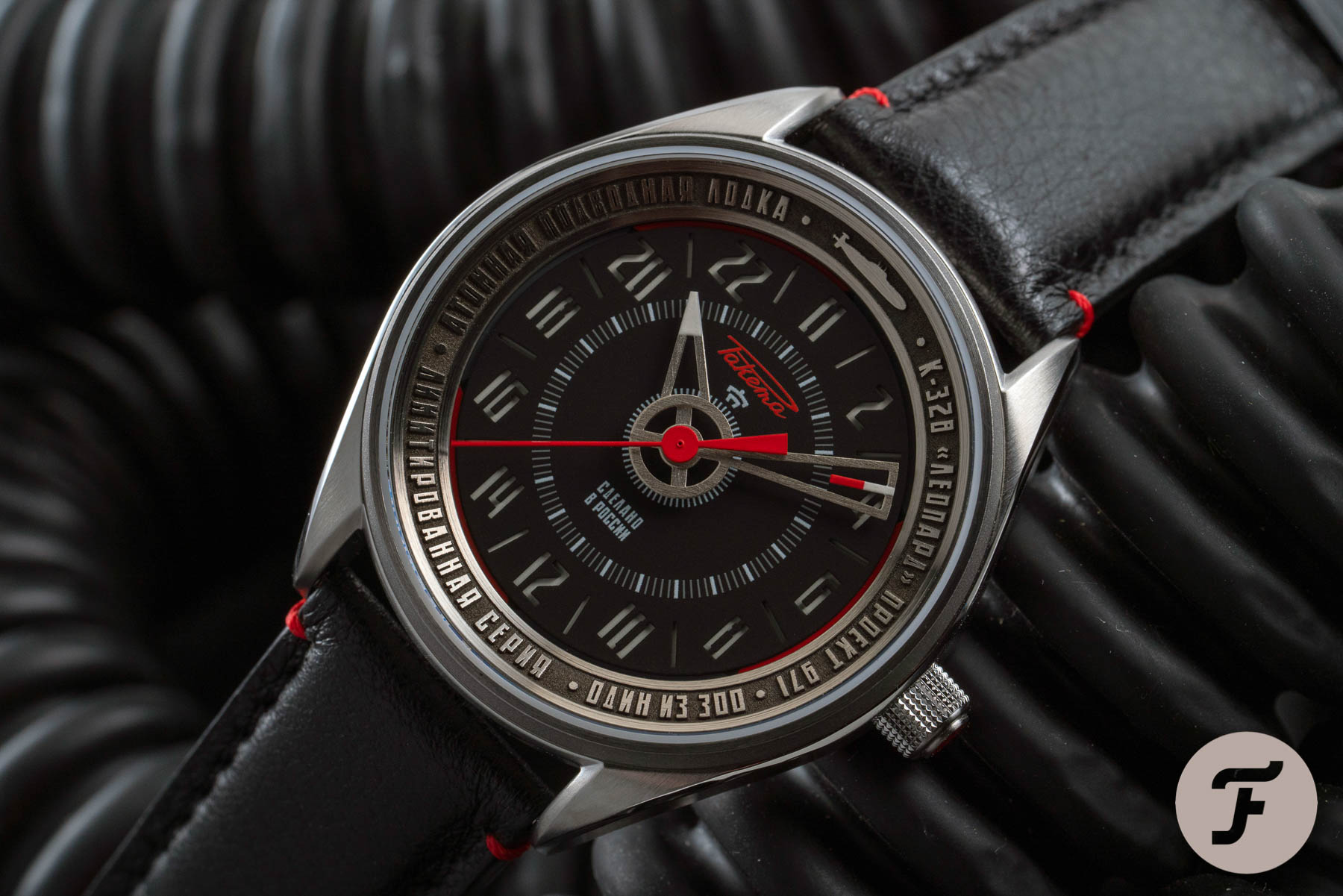 But technical justifications for a slow-beat movement aside, what else is unusual about this caliber? The first thing you are likely to notice, is the ubiquity of red visible through the display case back. The rotor is red, as are the screws. The second thing that stands out, and intensifies those red elements, is the hand-applied surface finish. 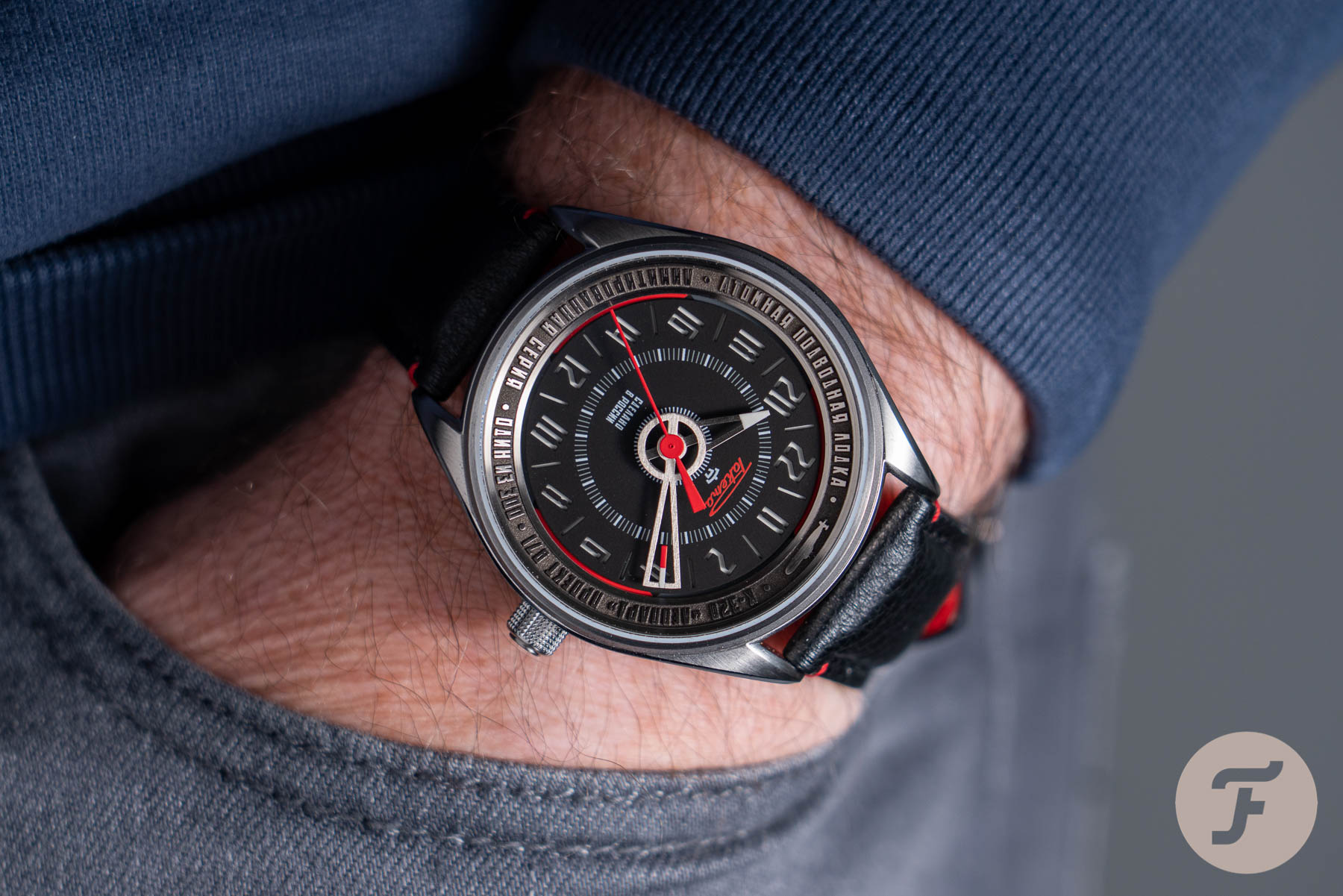 This wavy style is called “Onega” and it gives Raketa’s movements a very Russian, somewhat mystical appearance. For some, it will be too much, but I think Raketa is deliberately going overboard in this regard to make a strong statement. When it comes to movement decoration, understated class and a “less is more” attitude prevails in western Europe. Around Saint Petersberg, however, tastes are different. The celebration of a product’s luxury is more overt. Raketa has certainly taken the bull by the horns with this decorative style. In fact, it is so arresting, it is actually quite easy to miss the submarine motif engraved on the rotor too. 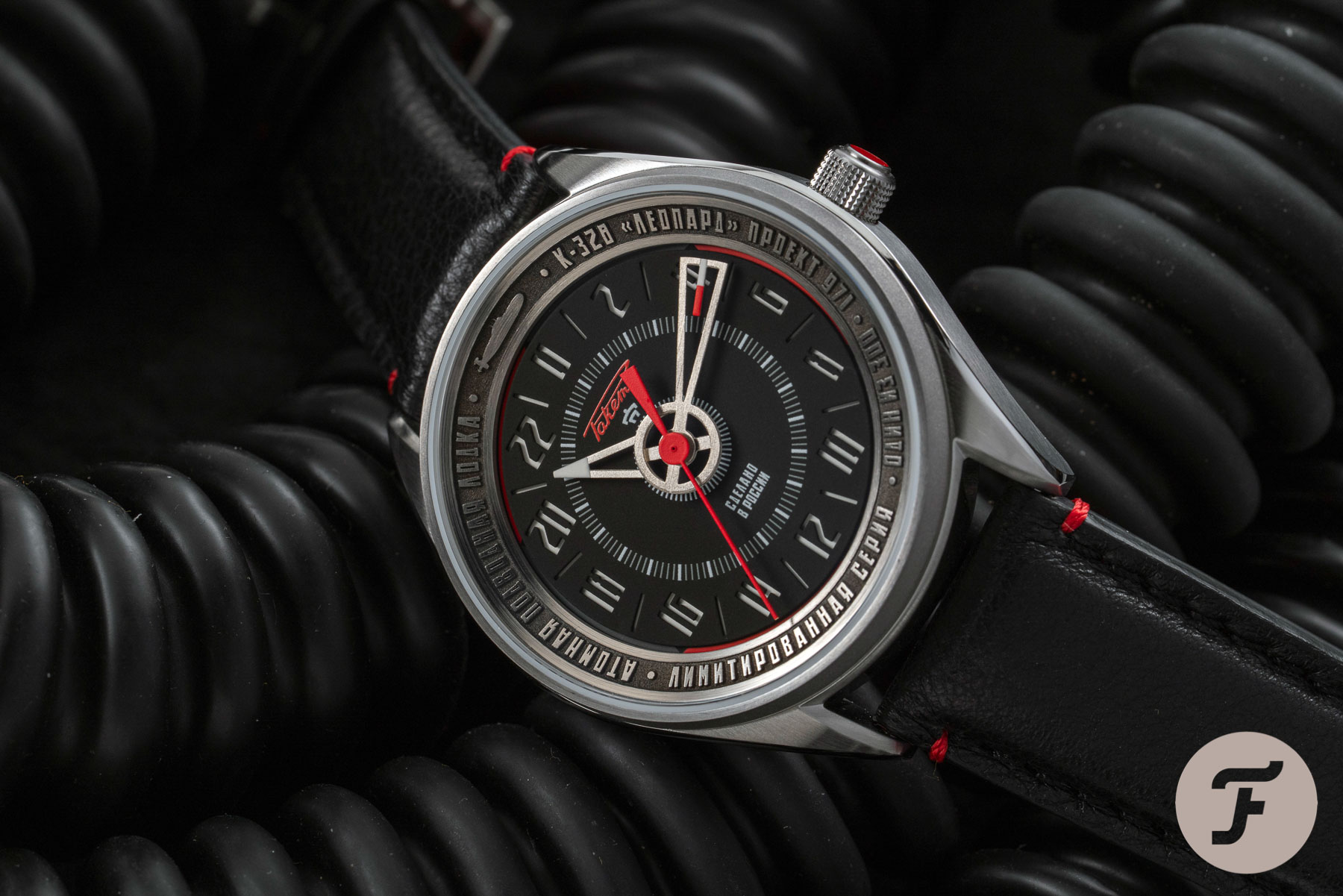 This eye-catching watch was developed with the help of Captain Valery Dyakonov. He served as the Leopard’s first commander until 1996. Currently, he lives in Saint-Petersberg, next to the Raketa factory. He has proudly overseen the production of the model crafted with material from his former command’s hull. 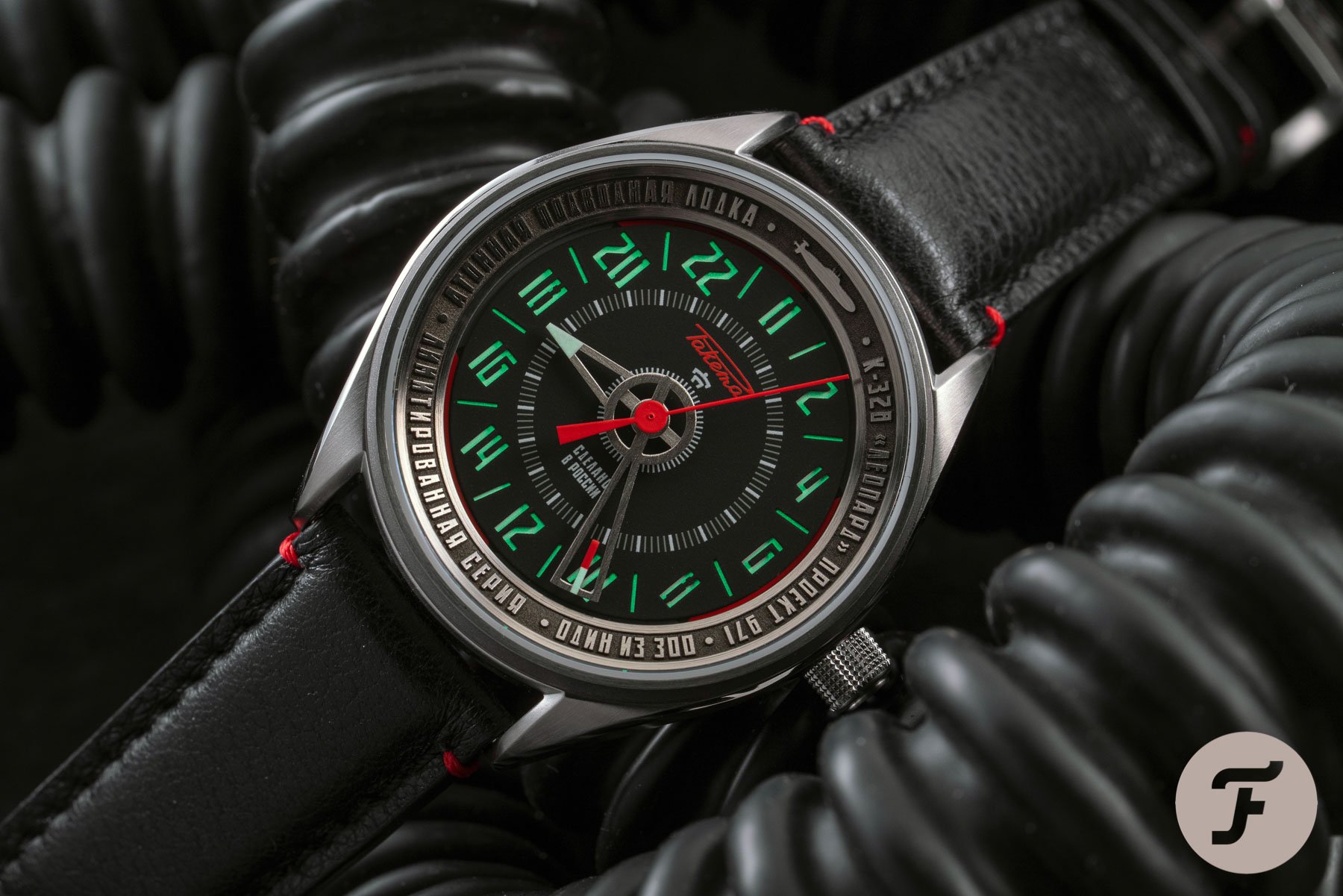 The hands are inspired by the control levers found on a submarine. The purpose of the 24-hour dial is to aid the crew in determining whether it is day or night. 24-hour dials are rarely as imperative. For those of us on the surface, it can seem an unnecessarily fussy complication. In regular use, almost half the dial remains unused. For submariners, however, it is essential to know. 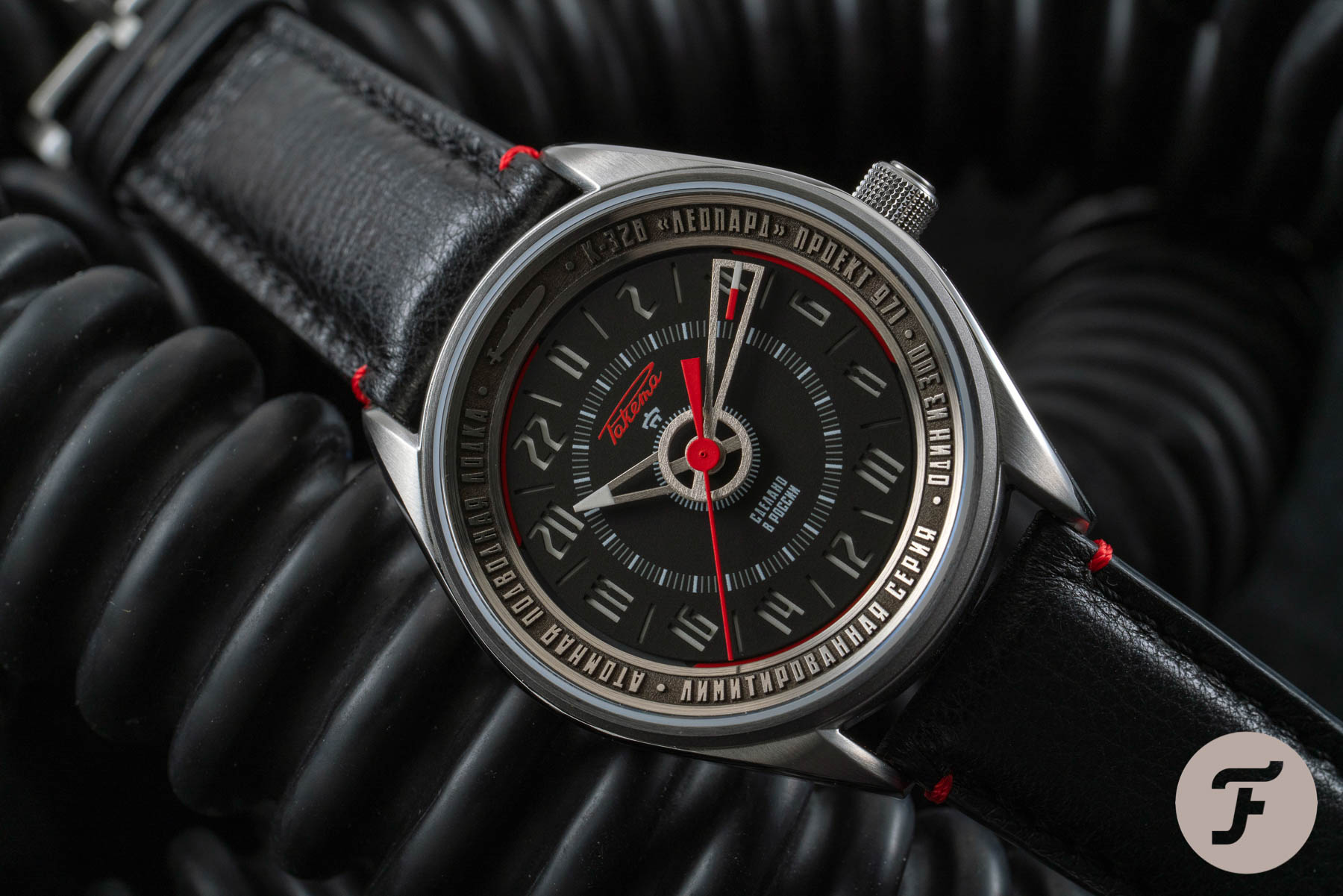 Additionally, the long, characterful hands are luminous. As submarines can be quite dark places, this is especially useful. And so this watch is not just inspired by, but also built for life beneath the waves. This watch is produced in a limited series of 300 pieces and the price is €1,550. It is delivered with a spare rubber strap. Learn more about the Raketa brand here.

Hot Topics
Laventure Automobile Chronograph With A Proprietary Movement — Marking A Huge Leap Forward For One Of The Industry’s Most Promising Brands
155 comments
Fratello Exclusive: An Inside Look At The MoonSwatch Production Facilities
75 comments
We Talk To Swatch Group CEO Nick Hayek About The MoonSwatch
50 comments
Selling Your Watch To A Dealer Or Trading It In — Tips From A Former Watch Dealer
49 comments
Summer Splash — Round 2 : Jorg’s Tudor Pelagos FXD Vs. Lex’s Hublot Big Bang Integral Ceramic Sky Blue
47 comments
Popular
(From The Archives) Shut Up & Read The Truth About Cartier Watches
George Cramer
21
Speedy Tuesday – Omega Speedmaster Professional 145.022 Buyer’s Guide Part 1
Robert-Jan Broer
13
Oris Classic Date Or Save Up For an Omega De Ville Prestige?
Robert-Jan Broer
17